Megève is a winter fairy tale, a dream ski resort in France. It is located in the French Upper Savoy in the Rhone (Alpes) region. This ski resort traces its history to the beginning of the last century. In 1913 a small medieval town of Mont Blanc Megève welcomed its first tourists. After that every year the ski resort began to attract tourists from all over the world. After the First World War Megeve became a favorite vacation spot of European aristocracy.

Alpine village Megeve has preserved the spirit of the Middle Ages: the old narrow streets paved with cobblestones, houses built in Savoy style. But for all this Megeve is a modern ski resort (by the way, the tourist season here – from December to April, during these months the peaks and slopes are snow-covered), with a developed infrastructure (luxury hotels, lots of cozy bars and restaurants, boutiques, and beauty salons). Every tourist will feel at home here.

Megève is famous not only as a modern ski resort, but also as one of the best places to learn to ski. Many famous Olympic skiing winners started out in Megève. It is here that one of the best ski schools in the world is located. In 2004 Megeve was accepted into the closed club (Best of the Alps), where such famous ski resorts as French Chamonix, Austrian Kitzbuel and Lech, and a total of 8 more resorts of Alpine Europe also have membership.

One of the unique features of Megeve ski resort is that you never feel oxygen starvation when resting and skiing here, which cannot be said about many other mountain resorts, where the air is thin and lovers of skiing may suffer a lack of oxygen. To get to Megeve is very easy. It is located just 70 kilometers from the international airport of Geneva, and the nearest railway station to the resort (station Sallanches) is 13 kilometers.

Megeve slopes are flat, well-groomed and very well designed. The total length of the tracks, where lovers of skiing and snowboarding can ride, is more than 300 kilometers. Megeve is ideal for people who have had various preparations for skiing. There are tracks both for beginners and experienced athletes. By the way, not far from Megeve is located Chamonix-Mont Blanc – also a very popular ski region of the Alps, as well as the Italian resort of Courmayeur and the Swiss Vallorsin .

It is recommended to buy a special ski pass immediately upon arrival in Megève, which entitles you to ski in eleven other nearby resorts. In addition to skiing, winter sports enthusiasts can treat themselves to snowboarding. After all, Megeve has pistes specially equipped for beginners, as well as a fan park where snowboarders can meet, socialize, share their achievements, and help each other with advice.

The vacation in Megeve is not limited to skiing or snowboarding. Here you can find a lot of other interesting and useful activities. You can enjoy a walk through the old streets and medieval buildings of Megève, for example, and there’s nothing you can’t beat. If you drop into restaurants like the Chalet Ideal Sport or the Auberge du Côte 2000 founded by the Rothschild family, you’ll have a lot to share with your friends when you return home. If you like it more active, don’t miss the nightclubs in Megève. Are you a music lover? Then head to the Club de Jazz Le Saint Roux. – One of the best jazz clubs in France.

Any tourist who has been to Megève calls it nothing short of a resort of surprises, a resort of joy and dreams come true.

There are 325 km of pistes directly above Megeve. Skiing is carried out in three areas: Combloux, Jaillet and La Giettaz – Cordon, united in one area Les Portes du Mont-Blanc with a total length of slopes of 325 km. Megeve is also part of the Evasion Mont-Blanc region (445 km of pistes): 43 green, 64 blue, 80 red, 34 black). Read more ”

Directly above Megeve there are 325 km of pistes. There are three ski areas: Combloux, Jaillet and La Giettaz – Cordon, which are united in Les Portes du Mont-Blanc area, with a total length of 325 km of slopes. Megeve is also part of the Evasion Mont-Blanc region (445 km of pistes): 43 green, 64 blue, 80 red, 34 black). 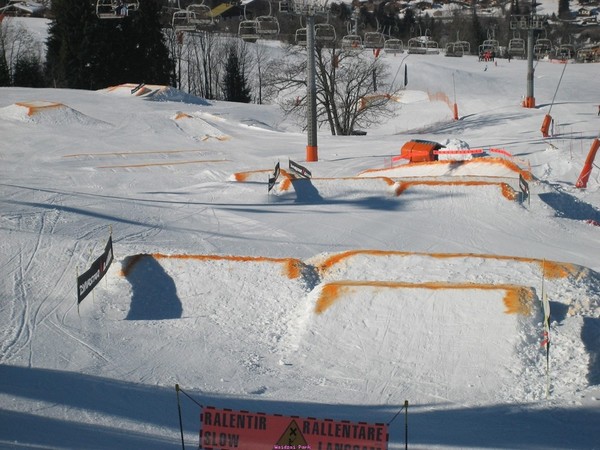 There is a bordercross piste on Roshbrunn and an equipped snowboard park on Monju (several kickers of different sizes and a line of handrails).

Megève is close to Mont Blanc, in the south east of the Haute-Savoie department.

Nearby airports are Annecy, Chambery, Grenoble, Léon, and Geneva.

SNCF trains stop at St Gervais les Bains / Le Fayet, 12km from Megève. Then by bus or by cab.

Regular bus service with the cities of Sallanches and Geneva .

Megève is one of my favorite ski resorts! Great place both for beginners (lots of green pistes) and normal skiers. And there is something to compare it with (Courchevel, Three Valleys, Saint-Gervais, etc.). There are a lot of people, of course, but this minus to.

We did not like it. It seems to be untwisted and even pathos resort in words, but in fact – a lot of people, a lot of rope tows. And the price tag is clearly overpriced.

Mezhev. Dates 11.02.17 – 24.02.17 Arrival in Geneva. Rent a car. 40 minutes from Geneva. We did the combined zone of Megève, Les Houches, Courmayeur. Most of all I liked the area of Les Contamines: large isolated, the cheapest ski pass, excellent red and syn.

READ
The 10 Most Beautiful Beaches of Calabria, Italy

Megeve – is considered one of the most prestigious ski resorts, and it is also famous for its beauty. Thanks to the efforts of the Rothschild family Megeve, an old Savoyard town, became one of the most fashionable resorts in the world. The town with its exquisite architecture and cobbled streets is surrounded by high mountains and fir forests. This attracts visitors from all over the world. Since 2004 Megeve has been a member of the prestigious Best of the Alps ski club.

Read more ” Megeve is considered one of the most prestigious ski resorts, and it is also famous for its beauty. The town is surrounded by high mountains and fir forests with its exquisite architecture and cobblestone streets. This attracts visitors from all over the world. Since 2004 Megeve has been a member of the prestigious Best of the Alps ski club. The traditional mountain village became a tourist attraction at the beginning of the last century thanks to Baroness Noemie Rothschild. It was she who decided that the French Alps were worthy of a resort comparable to Switzerland’s St. Moritz. Henri-Jacques Le Meme was appointed architect of the project and took the task very seriously. He respected the ancient spirit of Megève, giving it a more mundane and luxurious feel. Le Meme designed more than 200 chalets, which would have given the resort a finished architectural look. Megeve quickly fell into the ranks of the French elite. The resort received Queen Elisabeth and King Albert I of Belgium, and the attention of Picasso, Jacques Cocteau and Modellani. In summer, the once little-known village, populated by farmers, became a place for meetings, parties, festivals. And in winter, the snow-covered slopes actively developed the ski industry. The first cableway appeared on the slopes in 1933. And in the forties Mezheve was beloved by ski instructors, creating here a center of training for skiing teachers. Today in Megeve there are three areas of skiing, with a total length of 300 kilometers. They are easily accessible by chairlift right from the center of the town. The tracks of interest here will find both experienced skiers and beginners.