In the West German state of Hesse Germany is one of Europe’s oldest resort towns, sometimes called the Nice of the North. In addition to relaxing in the resort, Wiesbaden, which is loved by tourists, attracts travelers with its historical and cultural attractions, as well as with its many peaceful parks. On the other hand, the surrounding Rheingau region is popular with nature lovers and cyclists, so Wiesbaden is the ideal place to regenerate and get a second wind.

The power of the local thermal springs was already known in ancient Rome, and later, in the Middle Ages, the first bathing huts were built here. By the 19th century Wiesbaden was already a popular spa town, attracting thousands of tourists every year, including many famous people. Johann Wolfgang von Goethe, Fyodor Dostoyevsky and Richard Wagner, among others, were popular visitors.

To the spa for sightseeing

The most prominent feature of the town is the Kurhaus , which is frequently used for cultural and social events, as it has a large ballroom, and also of architectural interest is the Hesse State Theatre and the town hall. On the banks of the Rhine it would be a shame to miss Biebrich Palace. The Baroque castle and its reflection on the surface of the Rhine will particularly delight keen photographers.

To the north, at the very end of the city, is Sonnenberg Castle, or Solar Mountain. 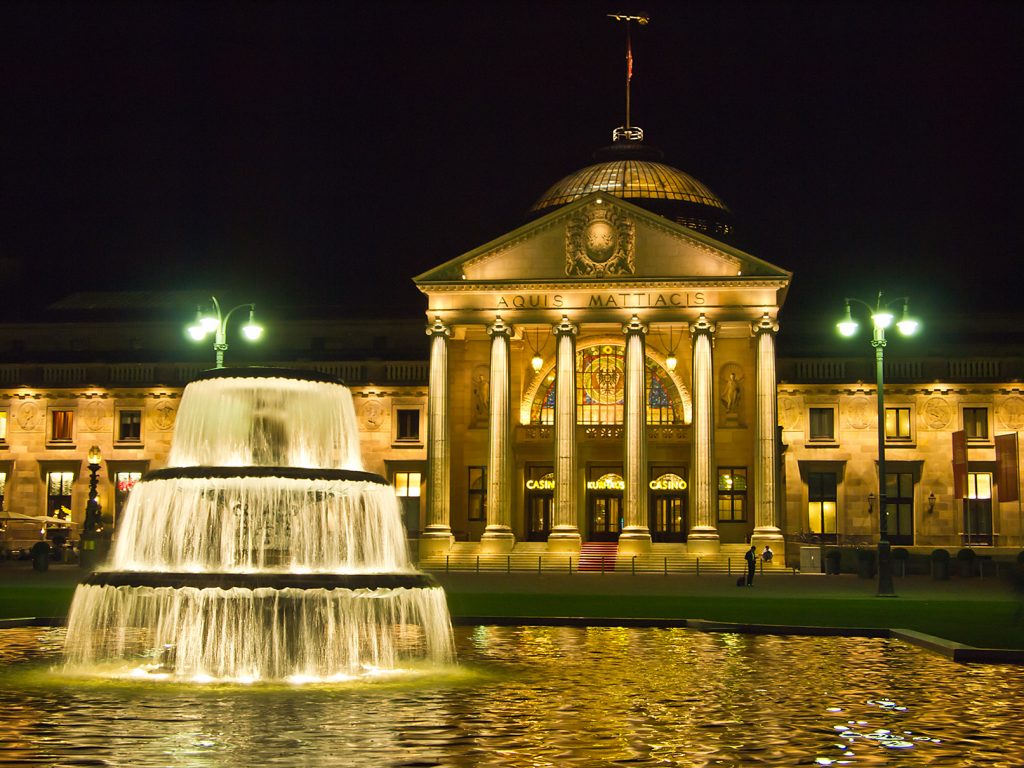 OLYMPUS DIGITAL CAMERA On the resort for sightseeing

It has stood in its place since the beginning of the 13th century, and its tall, slender tower attracts attention at first sight. Today it houses a small museum and restaurant . One of the most beautiful buildings in the city is the palace of the heir to the throne, the so-called Erbprinzenpale. Ironically, the prince never lived in this neoclassical building.

In the center of Wiesbaden is another ancient monument, the Pagan Wall with the Roman Gate, the oldest monument in the city, dating back to the 4th century BC, and unfortunately only fragments of it survived to withstand German attacks. The Roman Gate, built into the wall, is more recent, dating from 1902, and next to it is the Roman Open Air Museum, which attracts visitors.

Where to find healing water and tranquility

Wiesbaden is a popular spa town thanks to its 26 thermal springs. They cure a wide range of ailments, and their healing effect has been known for centuries. The most famous hotels in the city, which also boast their own thermal springs, include the Hotel Nassauer Hof and the Radisson Blu Schwarzer Bock. In addition to the therapeutic water, guests can also enjoy a massage or a sauna.

The main square of the city is the Kranzplatz, which began to slowly take shape in the first century B.C., when the Romans already knew about the power of the local thermal springs. Over the centuries, many hotels and spas have sprung up on the square, and due to the competition with each other, Kranzplatz quickly took on a completely new appearance. 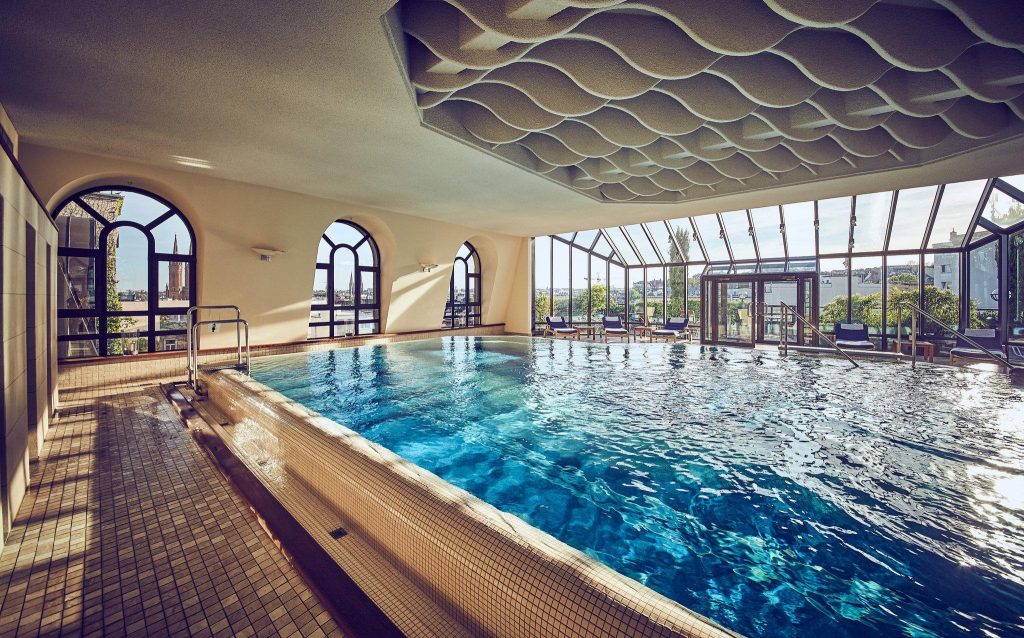 Where to find healing water and tranquility

Wiesbaden is distinguished by its parks and English gardens, which provide the peace and quiet that is so important for a spa town. Just behind the aforementioned Kurhaus is the mid-19th century Kurpark garden, which is very much in the style of an English park.

Apart from rare plants its main attraction is the six-meter-high fountain or the pond with the artificial island where visitors can rent boats. The Kurpark is a frequent venue for concerts and festivals. In 2005, 10,000 people to welcome the Dalai Lama here.

Wiesbaden, the capital of Hesse, is the gateway to the Rheingau region. An area known for its endless vineyards and plenty of opportunities for hiking, biking or camping. Hidden among the green vineyards are small wine villages, ancient monasteries and castles, and many music festivals are held here every year. And because there is truth in wine, and it heals, this resort region is known for its excellent Riesling 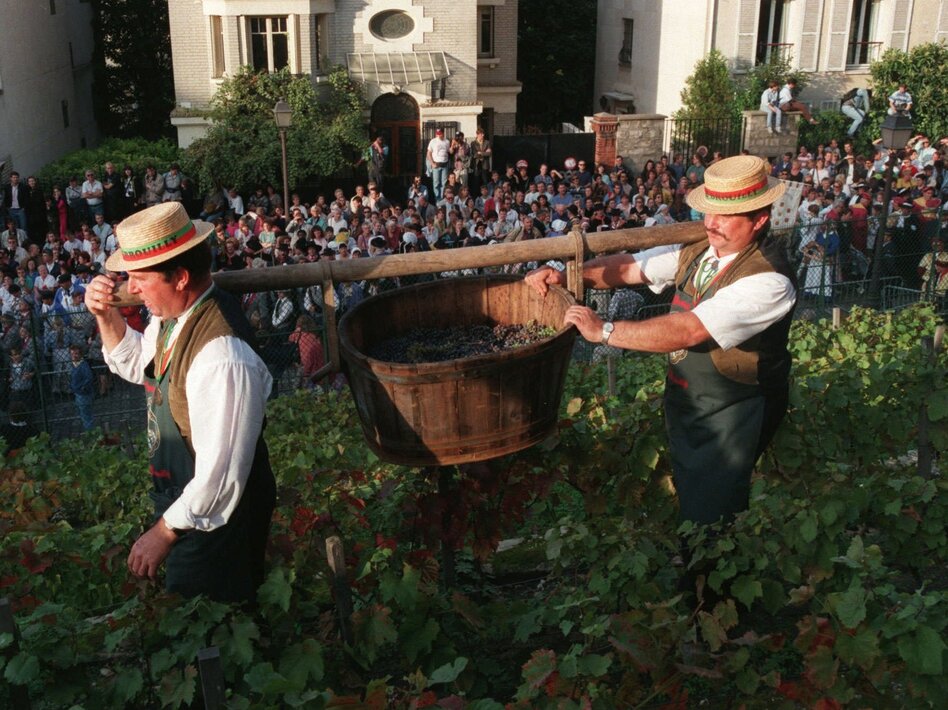 The Eberbach Monastery, which is open to visitors all year round, is a popular tourist attraction in the region and is particularly impressive because of its location on a wine field. Interestingly enough, the film “The Name of the Rose” starring Sean Connery was shot here. Another local landmark is Johannisberg Castle. It was its owner who planted the first Rheingau Riesling and started a centuries-old local tradition. Besides the enchanting view over the whole region, visitors can also experience the castle’s 900-year-old wine cellars, which are 250 meters long. In Wiesbaden the water and wine are simply medicinal.