Why Jordan is worth a visit

Jordan is a relatively small country which surprises with its extraordinary hospitality, traces of a fascinating ancient past, a vast cultural heritage and numerous sites that have been inscribed on the UNESCO World Heritage List . It is definitely a country of fascinating sights and surprises. Some tourists skip Jordan in their travel plans because of misperceptions due to regional conflicts . But in fact, despite the location, it is for tourists both a vast peaceful place and an oasis open to visitors. So don’t hesitate any longer and plan a vacation to Jordan. 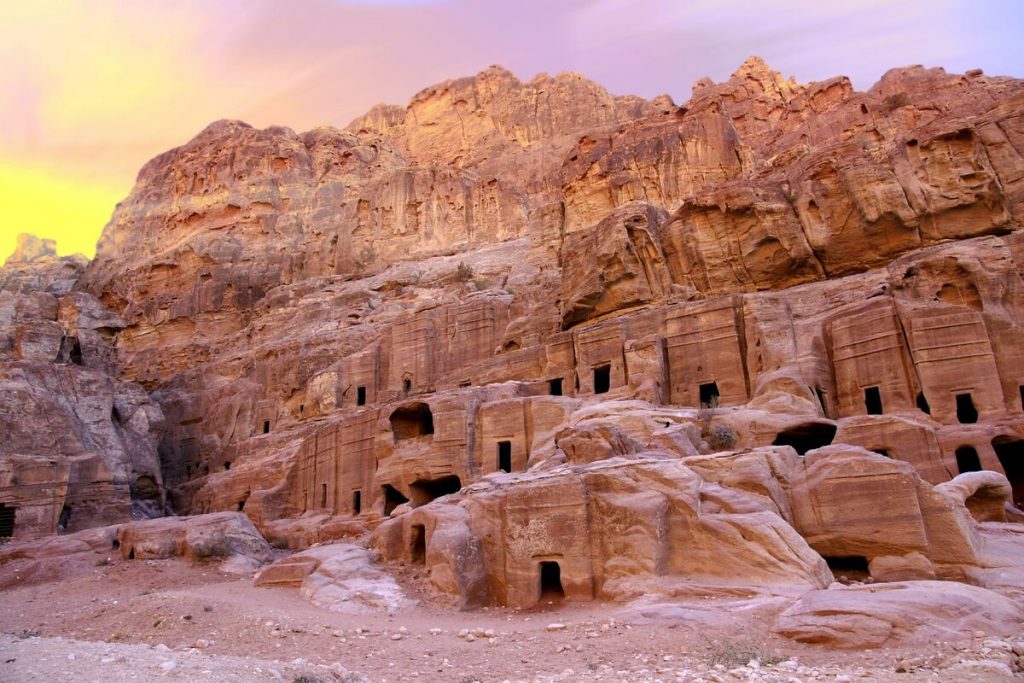 Jordan is a relatively small country located in Southwest Asia , a part of the Middle East . The Hashemite Kingdom of Jordan borders Israel and the West Bank to the west, Syria to the north, Iraq to the east and Saudi Arabia to the southeast. Jordan has a short (26 km) but picturesque coastline, which includes the northern tip of the Gulf of Aqaba on the Red Sea and the beautiful coast of the Dead Sea. The territory of today’s Jordan, due to its strategic location, has played a major role since ancient times. The first countries in this area, inhabited by the Semitic tribes of the Ammonites, Edomites and Moabites, were founded in the 13th century BC. These lands were conquered in the 10th century BC by the kingdom of Israel . and then over the centuries became part of the Assyrian Empire, Babylonia, Persia and the Seleucid Empire . Since the 6th century B.C. the Nabataean state was present in the south of the country, which was conquered by the Romans in the 2nd century B.C., the remains of this culture and the traces of its greatness can be seen in the ruins of the beautiful city of Petra. After the division of the Roman Empire, the country became part of the Byzantine Empire . In turn, from 1517 to 1918, the Turks ruled these territories. This most fascinating and fascinating past is reflected in the sights of the country. 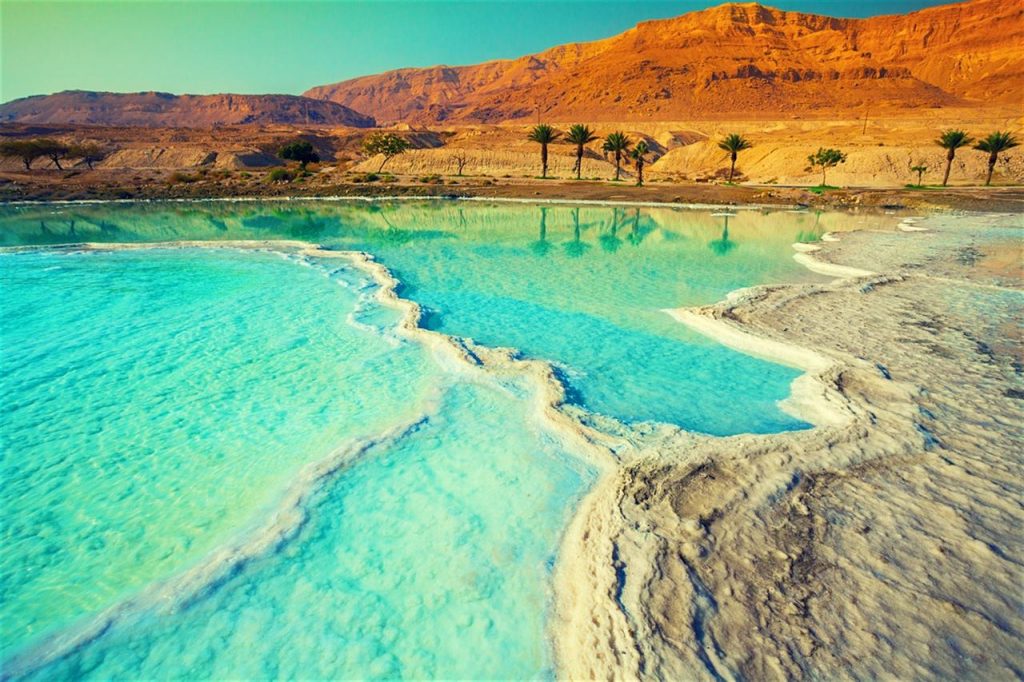 Jordan covers an area of 88,794 km2. Despite its small size, the country is extremely uneven in both topography and richness of expanses. Here are the three main physiographic regions (from east to west): the desert, the highlands to the east of the Jordan River and the Jordan Valley (which forms the northwest extension of the Great African Rift ). The southern part of the country consists of the semi-deserts of Moab and Idumea and, to the east, the Harrah Desert, which is dominated by extensive layers of black volcanic lava. The desert regions that make up the Syrian Desert occupy 4/5 of the territory of Jordan. The peak of the country is Jebel al-Ramm, located in the southwestern part of the country at an altitude of 1,738 m above sea level. It is part of the Jebel al-Shara Mountain Range, which runs from north to south. To the west of the massif from north to south passes the Al Ghawr tectonic ditch, which contains the Jordan Valley depression. At the site of the tectonic moat the Dead Sea, the lowest point which is below sea level at 400 meters. The Dead Sea is continued by the dried up bed of the Wadi al-Araba River. Amman, the capital and largest city, is named after the Ammonites who founded their kingdom here in ancient times. Today, Amman is the main trading center of the region, as well as the main cultural center of the Arab world. 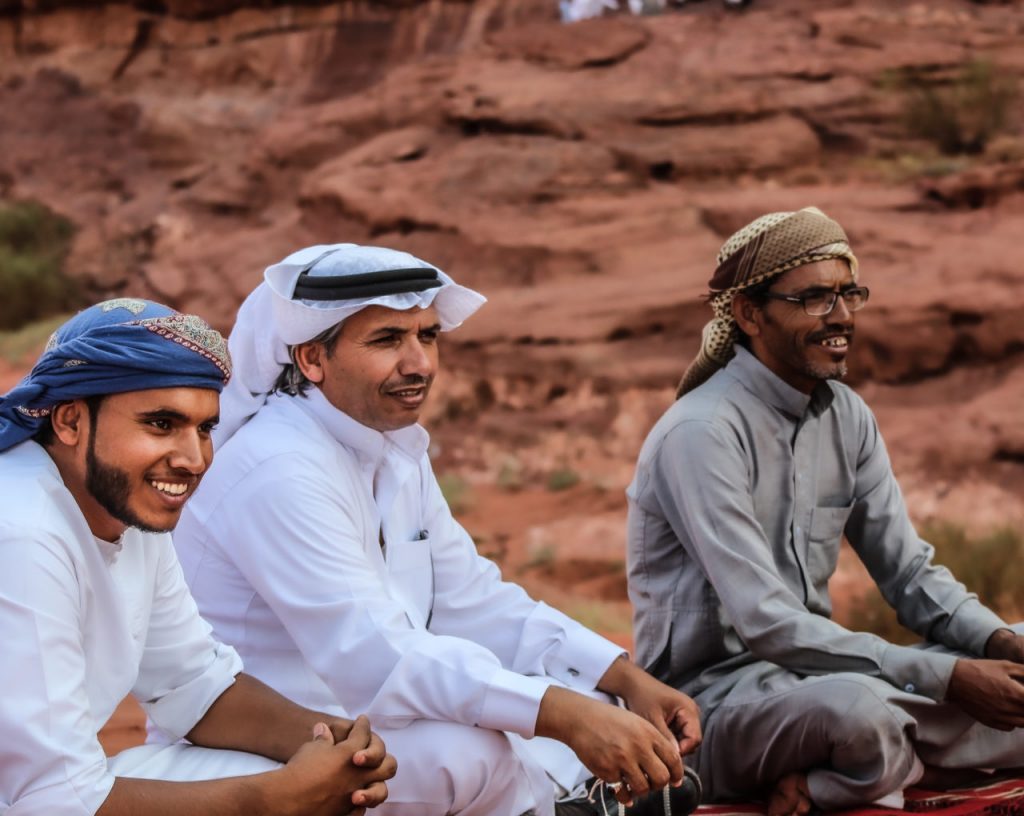 The dominant religion in Jordan is Sunni Islam, followed by 92% of the residents. Islam is the status of the state religion. The second largest religious group is the 6% Christian minority, which consists of members of the Greek Orthodox Church, Greek Catholics and the Roman Catholic community. The majority of Christians of non-Arab origin are Armenians belonging to the Armenian Orthodox Church. Christianity in Jordan has been active since ancient times, even in the 1950s Christians made up 30% of the inhabitants, but this group has dwindled due to economic emigration. The Jordanian constitution guarantees protection of religions, except in cases where religious practices violate the law or public morals. The religion of each Jordanian citizen is indicated on his or her identity card. Jordan does not have a secular family court. Matters relating to marriage and divorce, child custody or inheritance are dealt with by the religious courts separately for Muslims and Christians. 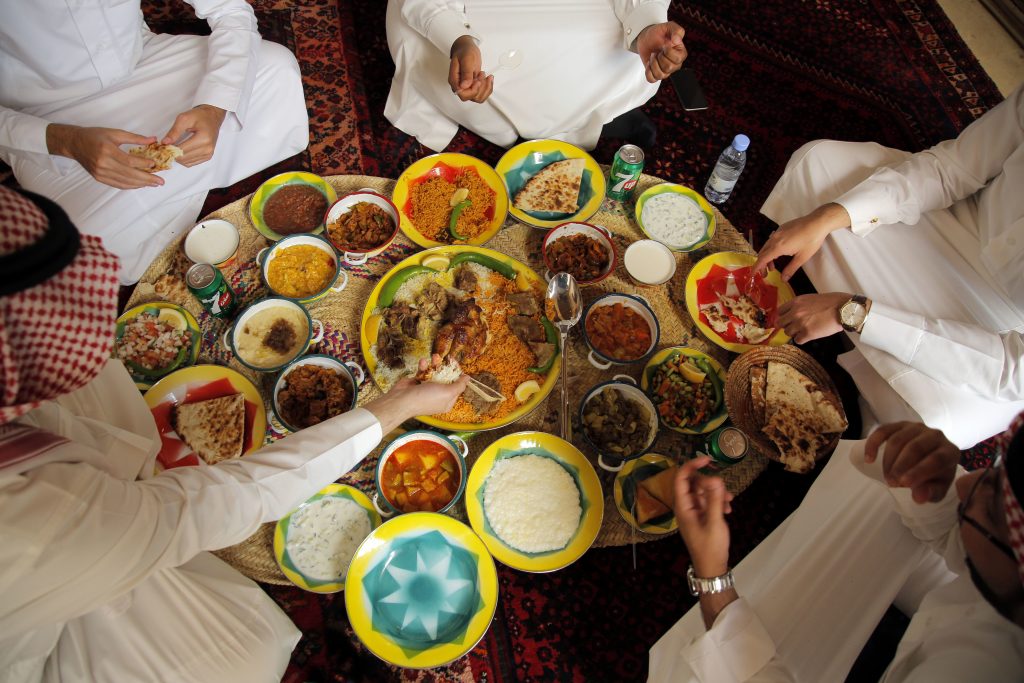 Jordan is a part of the Arab world and therefore shares cultural traditions common to the region. Family is of prime importance to the Jordanians. The ever-shrinking Bedouin community in the countryside still maintains a traditional way of life, with rituals and customs cultivated and handed down from generation to generation. Life in the countryside revolves around a multigenerational family living on the same farm and engaged in agriculture. The use of automobiles is the only manifestation of modernity. Some inhabitants decide to leave their native villages and settle in urban centers, adopting urban culture and customs.

An aspect of Jordanian culture is the extraordinary hospitality of the hosts toward their guests. You can feel it even as you walk through the streets of Jordan, where you hear “ahlan wa sahelan” which means “hello”. Some Jordanian customs are derived from the Bedouin culture. For example, the host and guest often have a cup of aromatic black coffee. The host first drinks from the cup to make sure the coffee carries the right temperature and then serves the guest. Jordanian, or rather Arab, hospitality is also manifested in abundant table setting with delicacies and concern for the well-being of the guests. Failure to show due respect to the guests is perceived by the Jordanians as a disgrace.