Whittier and the town-home in Alaska

If you are a professional homebody, the town of Whittier on the Alaska Peninsula might be the perfect place for you. After all, this is where almost the entire local population lives. Imagine, there is practically one huge house for the entire settlement. 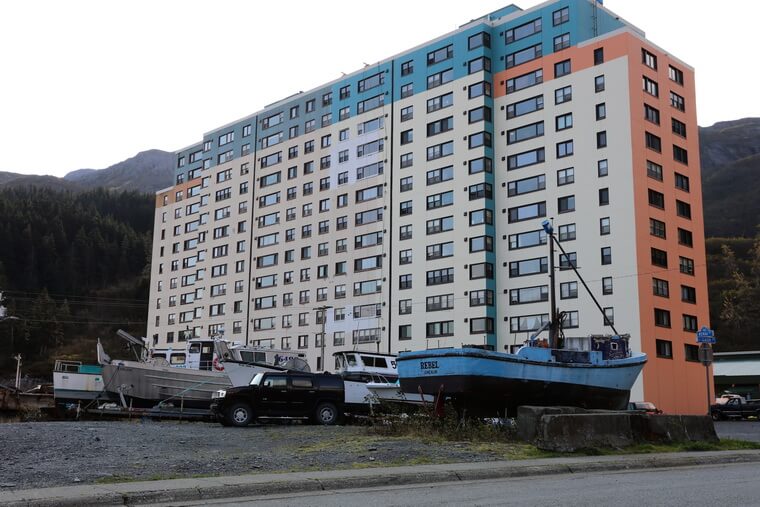 This is where almost the entire population of Whittier lives.

Interesting fact – The nearby Whittier Glacier of the same name was named after American poet John Greenleaf Whittier in 1915. Eventually the town itself came to be called by the same name

You will find the town of Whittier in the southern part of Alaska (USA) about 100 kilometers from the state capital of Anchorage. 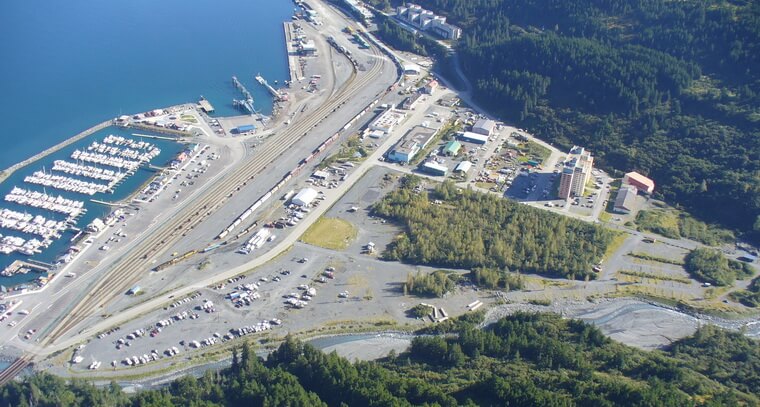 The entire town of Whittier in one photo

What is Whittier and why does everyone live in one house?

The town appeared in the mid-1950s as a military outpost. In recent decades, however, locals have begun to flock to the former army barracks in the center of town. They are called the Begich Towers. Although it is actually one building, which has the appearance of two towers connected into one structure.

Begich Towers is now home to three-quarters of Whittier’s 270 permanent residents. The house serves as more than just a dwelling. It has a post office, department store, police station, laundry, hospital, city hall and even a heated swimming pool.

The store in Begic Towers is small, but the locals have enough of it There is even a playground for children. Notice the sawdust instead of sand. 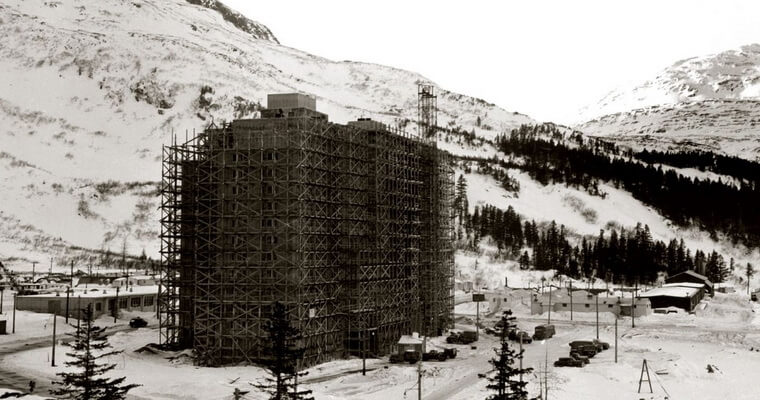 In fact, there is little other housing in the town. Plus, with the northern latitudes and corresponding climate, a compact and fairly functional settlement was the best option. For example, Whittier School is connected to the House by an underground tunnel. That’s why young residents have little need to go outside, where the wind often blows hard. 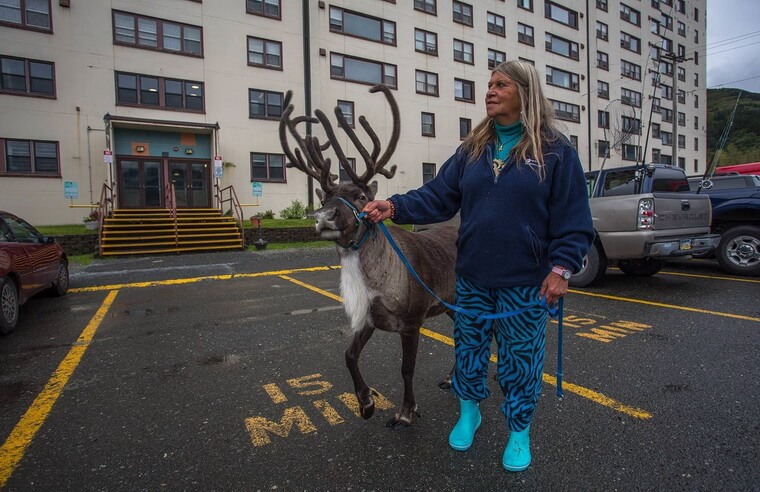 At the house you can park not only a car, but also … your reindeer

Interesting fact – In Begich Towers there is a small hotel called June’s Whittier Condo Suites. Here you can experience all the charm of the Whittier community 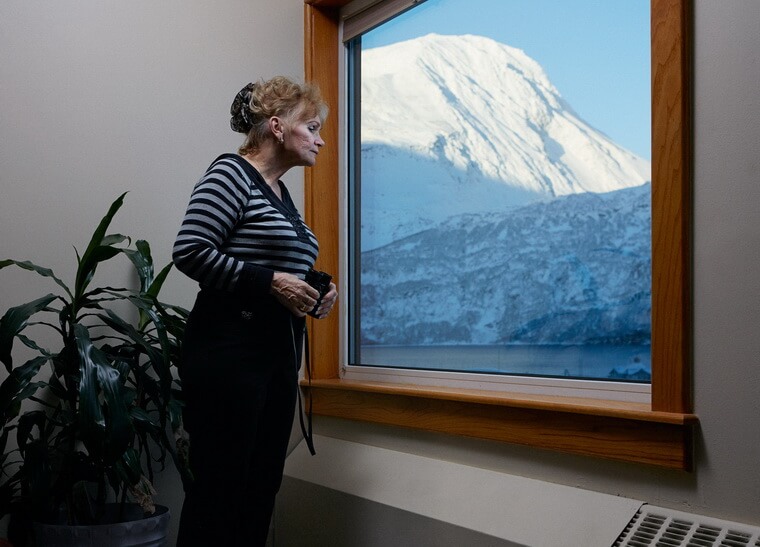 Although Whittier is relatively close to Anchorage, it’s still hard to get to. You can only get here by boat, then drive through a reversible tunnel.

By the way, this tunnel, 4,100 meters long, is the second longest in North America.

It is noteworthy that the passage through the tunnel is closed every night at 22:30. Whittier residents who were returning from Anchorage and were late by this time have been known to spend the night in their cars. 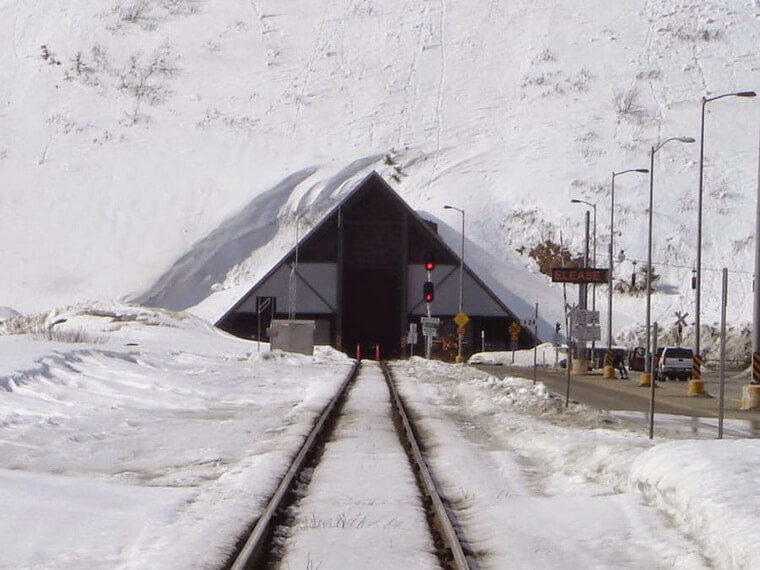 If you are late, you will have to spend the night in your car or go back to Anchorage

In addition, there is a small airport a couple of miles from town for light planes.

Most Whittier residents like the remoteness of their town. It is surrounded by breathtaking mountains where many animals, such as reindeer, live. The mountains are no less picturesque than the fjord on the coast of which the town is located. 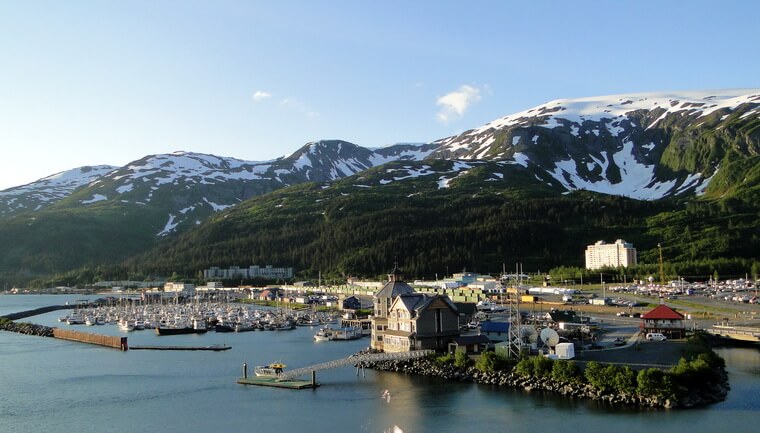 Whittier is just 650 kilometers south of the Arctic Circle.

And if you head east, you can see majestic humpback whales frolicking in the clear waters of Prince William Sound about a hundred kilometers from Whittier.

Residents are so accustomed to their way of life that they say it feels more like living in a big city than in a remote village. Begich Towers is practically a city-home (or house-city).

That’s not to say that this town is a very famous world attraction. But still it attracts tourists.

There is even a deep-water pier for mooring cruise ships, which periodically call at this remote place. 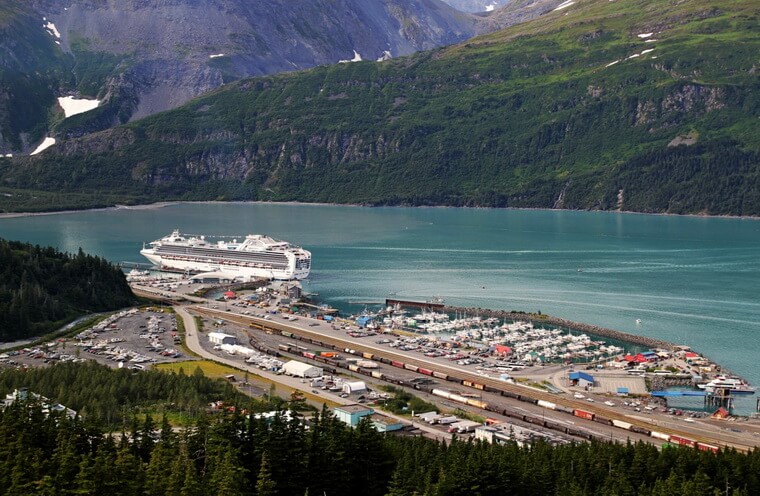 During the summer months, when the sun shines 22 hours a day, Whittier draws visitors from all over the world. While the Begich Towers are of course the main attraction, there is also the World War II Museum of the Japanese Occupation of Alaska and the abandoned army barracks called the Buckner Building. 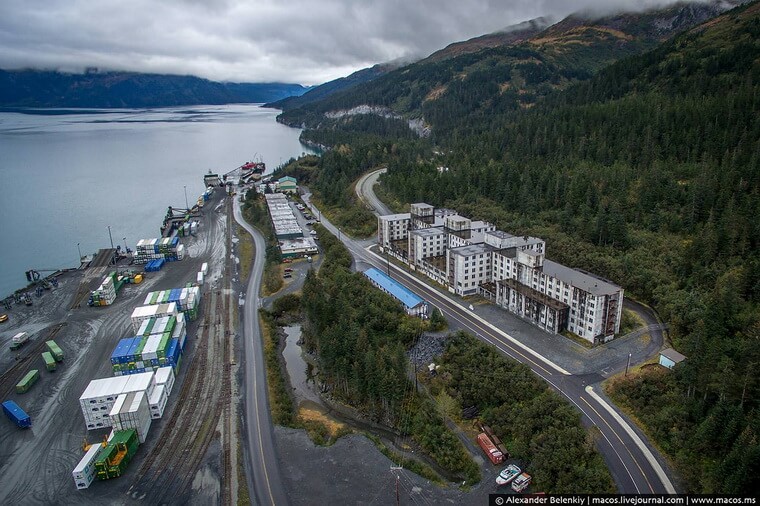 Buckner Building – A city under one roof.

By the way, they once housed Whittier residents, and the place was called “City Under One Roof.” There are even several restaurants that serve fresh seafood.

An interesting fact is that Whittier’s town-home is said to be inhabited not only by locals, but also by numerous spirits. But of course, we’ll leave all that for fans of the paranormal.

The state of Alaska is incomparably beautiful and rugged. Charming towns like Whittier are one of the many reasons Alaska has become a must-see for seasoned travelers. 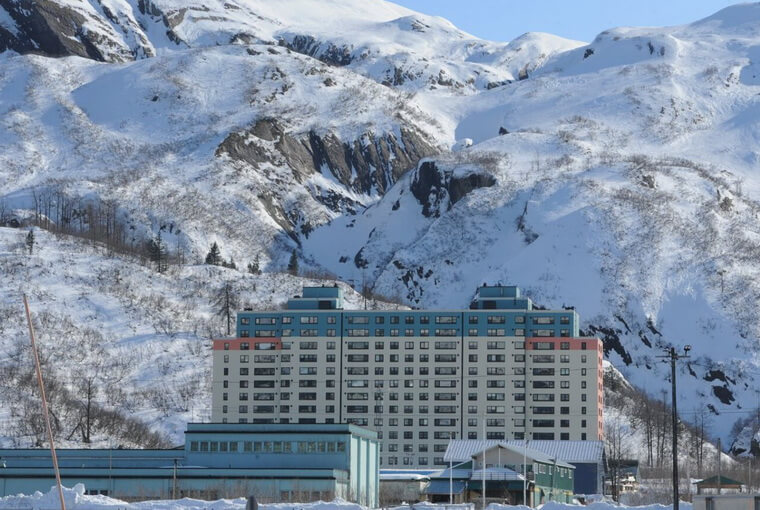 If you think the town-home is the most monumental view here, you’re a little wrong. Look at how it looks against the backdrop of the mountains

It is in Alaska that one of the most secluded hotels in the world is the famous Sheldon Chalet.