There are no days off for women’s holidays in Poland, because International Women’s Day and Mother’s Day are not public holidays here. Businesses have normal opening hours. Despite this, women’s holidays are taken quite seriously in Poland. On both of these holidays, most women will not be left out. International Women’s Day was a public holiday in Poland during the times of the Polish People’s Republic. In those years, it was a mandatory day of celebration in workplaces and schools. Women received carnations as well as goods and products that were hard to find at the time, such as pantyhose, towels or coffee.

Since 1993, the holiday was abolished. However, this does not change the fact that this holiday is taken quite seriously in Poland. The ongoing International Women’s Day (March

in Poland is, in fact, both a day of giving gifts and a day of awakening greater respect for women in general. The tradition of giving women small gifts or flowers has survived to this day. Today, the most popular gift is the tulip. When women meet with men on this day, whether it is their boss, colleague, friend or father, they can usually expect to receive a token tulip. It’s a very nice gesture, but it’s not practiced by everyone. Some people think that Women’s Day is “a socialist hangover,” so they don’t celebrate it.

Despite the negative attitude of some Poles to the celebration of March 8, on this day in Polish cities there are special events aimed at women. For example, women can attend one of the many concerts or performances held only on March 8.

Many shopping centers organize workshops and a variety of shows, such as makeup shows, booths with tips from stylists or consultations from women’s beauty and health experts. There are also many contests and chances to win shopping vouchers. Often in big cities you can find young men with bouquets of tulips handing them out to women in the streets. Similar actions are organized by TV or radio stations. Women’s Day in Poland is also represented by Mother’s Day. In Polish it is called Dzień Matki. There is a fixed date for Mother’s Day in Poland – it is May 26 every year since 1914, when it was first celebrated in Krakow. This heart-warming holiday quickly spread and became a national holiday honoring mothers for their contribution to the upbringing of their children.

Women in Poland, like many women around the world, must combine a professional career (almost 62% of Polish women work) with family life. Poles still hold some traditional values. It is often the case that most household responsibilities fall on the shoulders of women. Polish children are encouraged to make handmade gifts for their mothers. The most popular of these is a small handmade gift called a “Laurka. It is often a small piece of paper decorated with flowers, hearts and a few words written by the child. Caring fathers should help their children by buying flowers for their mother when the children go to congratulate their mother. Cakes and other gifts are given in Poland. However, the main gift is, of course, a big hug, a smile and a kiss. After congratulations, a family dinner is arranged for mom. Usually schools and kindergartens prepare special programs for mothers. They are sometimes, for practical purposes, combined with Father’s Day, which is celebrated in Poland on June 23. Festivities may include recitals, talent shows, short plays, etc.

If Mother’s Day falls on a bank holiday, many Poles will return to their hometowns to spend some time with their mothers and grandmothers.

However, we must remember that stores, malls and many restaurants will remain closed, making it impossible to buy a last-minute gift. This is how women’s holidays are celebrated in Poland!

Carnations for girls, girls and women on March 8 in Poland are now rarely given. Other flowers and other ways to relax are in vogue – no one goes to rallies for a long time either. But International Women’s Day remains an occasion to meet and pay attention to ladies of all ages. 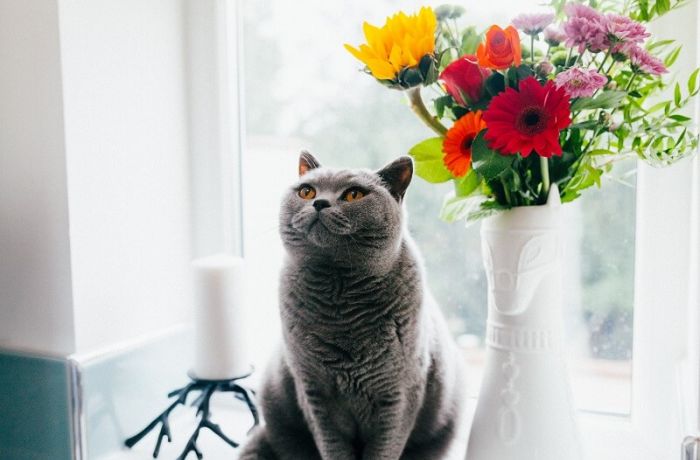 There was a time when it was thought that the celebration of March 8 in the Polish Republic was introduced with the advent of communist rule in the country, and the holiday was invented by the communists themselves. But this assertion is only half-true to the historical truth.

Indeed, the high-profile demonstrations dedicated to the event built many residents of the socialist countries into their ranks. Mandatory carnations, perfume, a box of chocolates, and increased attention to women – these were the attributes of this day throughout the existence of the Polish People’s Republic (PPR).

Indeed, the authorities made sure, perhaps even excessively, that the obligatory share of attention, even from themselves, went to all the beautiful half of Poland. Needless to say, you can’t make nice by force, and, consequently, voluntary participation in a march or rally dedicated to this day did not leave the most positive impression on many inhabitants of the country. Another thing is that it was still an extra reason to meet, but just the same, it was voluntary, and therefore gratifying.

Moreover, most women never thought about any political side of the holiday at all, because sincere attention from close men is usually pleasant for ladies, and almost everyone likes to receive gifts. And that is why the Polish ladies enjoyed the holiday. As a result, feelings turned out to be mixed, and the genesis of March 8 holiday in the minds of many Poles was distorted.

In fact, even now, few people are interested in the political subtext. Except for those men who want to justify the absence of a gift by saying that “March 8 was invented by the Communists. Of course, this is not true. It is worth starting with the fact that the very tradition of the March holiday has its roots in a time when no one thought of communism, in the days of ancient Rome. Ever wonder why in our calendar of 12 months the year ends in December? At first glance, nothing unusual. But if we take a closer look at the names of the months, we will notice that after August, the last month of the year, which has its own name, we only deal with a number: Septem-7, 8 Octo, 9 Novem, and finally 10 decem. All that remains is to add the endings, and we get the end of the year, not December (december is the tenth), but February. So March was the beginning of a new year? Exactly!

In ancient Rome, the tradition of celebrations on March 1, the Matronalia, originated. The Matronali were dedicated to Juno, the goddess of womanhood and marriage. Only honorably married women participated in these New Year’s celebrations. Their relatives gave them gifts and signs of attention and honor, while the women themselves cooked food for the slaves, who had that day free from work.

So women who decided at the turn of the 19th and 20th centuries to assert their rights, including the right to vote, took as their basis the ancient Roman tradition of honoring women in March.

History is a stubborn thing. This is how, through the millennia, it is able to carry the imprints of a former tradition, so that they will give birth to a new one in the future. Thus, February appeared in this order.

More precisely, February 20, 1909, when Women’s Day was celebrated for the first time in modern history. It took place in the United States.

The history of this event does not have a divine origin, because Gods do not burn pots, and quite earthly. It has long been believed that on March 8, 1857, the women of the local cotton mill in New York City went on strike, demanding a shorter workday and a wage level equal to that of men. At least this is the version expressed in a 1955 article in L’Humanité. The date itself in the article, historians suggest, is fiction, but it was the date that helped the holiday become firmly established in the United States.

It was Clara Zetkin who proposed making the day an international one. In 1910, at the International Congress of Socialist Women in Copenhagen, the initiative was supported. This day was first celebrated in Austria, Denmark, Germany and Switzerland on March 19, 1911, with demonstrations and rallies. On March 3, 1913, Russian women celebrated Women’s Day for the first time. The date was chosen at random. On March 8, 1914, women even went on strike despite a police ban, and four years later – in 1917 – women in St. Petersburg Russia went on strike en masse. All on the same March 8. The strike was suppressed by the police, with casualties. This day – February 23 according to the old style, and March 8 according to the new one – was the trigger for a series of protests, which developed into a revolutionary situation in Tsarist Russia. But the Soviet government, already in memory of the bloody crackdown on women’s demonstrations in February 1917, established March 8 as Women’s Day. Eastern European countries, Cuba, and China followed suit.

Since then, the association of this holiday with communism has appeared, although originally the holiday had nothing to do with it.

In turn, in Poland, the holiday spread widely and massively after World War II. Celebrations on this day were centralized and massive. Such celebrations lasted until 1993, when Polish Prime Minister Hanna Suchocka cancelled centralized rallies and marches, and the intensity of the events sharply decreased. Nowadays, March 8 is most enthusiastically celebrated in Poland by kindergarten and school children, showering their mothers, sisters and grandmothers with beautiful postcards of their own making. Young women under 25 years of age are also in favor of the holiday. According to opinion polls, as many as 90% of them. They are attracted by the prospect of flowers and gifts. Older ladies are more skeptical about simple displays of attention.

On March 8, 46% of the beautiful half of Poland sees an opportunity for women to convey their position to men, as well as an opportunity to use this day to fight for the right to equal remuneration.

Respondents cited personal experience when, all else being equal, men’s salaries were initially higher than those of women in a company. There are also fewer women in the leadership of the country, for example, in the Sejm (the lower house of the National Assembly of the Republic of Poland) there are 24% of the total number of ambassadors.

Still, since 1993, the holiday in Poland has been celebrated much more modestly than it was in the People’s Republic of Poland. Although, judging by the number of offers from hotels and popular Polish resorts to hold this day, and you can not say that the holiday decreased its intensity. Anyway, we should not forget that any woman will be pleased to get on this day a beautiful bouquet of flowers, a box of chocolates, perfume or a postcard with warm wishes. And, of course, it is worth remembering that you need to show respect and attention to the ladies not only on March 8. Happy holiday to you, dear readers!