When it’s best to go to France

France has a Mediterranean climate and each part of the country experiences all 4 seasons of the year. Depending on whether you’re in the south or north regions, you may expect warm or hot summer or cold or chilly winter.

Read article: Where to go in France

Where to look for cheap tickets? The best way to do this is with the search engine Aviasails. Be sure to look at the price calendar and check adjacent dates. Read the instructions on how to find the cheapest airline tickets yourself.

When to fly to France

The best time to come to France for sightseeing If you want to avoid the crowds of tourists and enjoy pleasant warm weather, come in May and September. At this time will be crowded only in Paris. However, large lines for attractions, and attractions you’ll find at any time of year . Paris is less crowded only in early March and late October.

The best time for a beach holiday in France

In France the water gets warm only from June to September, at the same time on the beaches a lot of tourists . The most suitable time for a trip is the middle of September. The weather is still warm, the sun is shining, the sea has not had time to cool, and family tourists with children dispersed to their homes. You can sunbathe from April to October, but the sea in these months will be cool.

The best time to taste wine in France

To taste wine and avoid the crowds of tourists come in May and June. In September and October, there are many more travelers who want to touch the wine industry. But this time is usually good weather and you can watch the harvest.

In most European countries, and France is no exception, all major sales are held twice a year: in winter and summer. The best time for shopaholics: from mid-January to mid-February and from late June to mid-August. During the summer season there are a lot of tourists, and in winter there are more pleasant hotel prices.

The summer months and the period of Christmas and New Year vacations in France, as well as in any other European country is the most popular time of the year for tourists. During this time in France is sunny, but very crowded. During this time the longest lines and high prices. In Paris, the high season lasts longer, and prices for hotels and accommodation go up from April to October.

Low season (from November to March, except for the period of winter holidays)

In the low season, you’ll get a chance to see how ordinary French people really live before their cities are besieged by curious travelers. True, the weather at this time leaves a lot to be desired. If you’re heading to the north, take some warm clothes with you. But Paris is beautiful under a blanket of snow. In the south, get a mix of clothes for warm sunny days and cool nights.

If you go during the school vacations, you’ll encounter far fewer lines at museums and near national attractions. School students vacation in July and August, 2 weeks at Christmas, 2 weeks in February, and 2 weeks in April.

Paris is almost empty in the last 2 weeks of August. Many go on vacation to the azure coast or the countryside. It’s the same situation in other cities.

How lucky you are with the weather depends on the chosen region of the country. Despite the fact that France is a large country, almost all of France is dominated by a temperate Mediterranean climate with mild winters, except for Alsace and the Alps region. Brittany leads in terms of rainfall, which averages 200 days per year. The south of France is comfortable all year round. Rain tends to fall in spring and fall, while summer is dry. In the south, a cold, dry Mistral wind rages from time to time.

Festivals and holidays are everywhere in France. Food and wine play a major role. In the spring, when the weather gets warmer, the festivities spill out into the streets. Summer is the start of the long holiday season with beaches, campsites, and country hotels. Every village and every small town has a festival with music and food. The wine regions are most interesting to visit in the fall. In winter, ski resorts in France are especially popular . Christmas is a special magical time in France with traditional fairs and shows.

We figured out when it is better to go on vacation in France. I hope you were able to decide on the dates of your trip. Write all your questions and comments in the comments. I wish you a happy journey!

Also be sure to check the prices of tours on the site Onlinetours, you can find cheaper deals here.

When to go to France? Best time to go

France boasts many resorts, the best time for which comes at a certain period; when to visit one region or another, you will learn below. “The Land of the Musketeers” is a place where you can vacation at any time of the year. And although there is such a concept as the seasons of holidays in France, in fact, there is always a welcoming weather, whether it is winter or summer. And yet to accurately determine the period of the trip, you need to decide for yourself what the purpose is pursued by your vacation. Depending on the intentions, you need to choose the right region of the country.

READ
Hotel in a tree in China. Journey to a Dream from Childhood 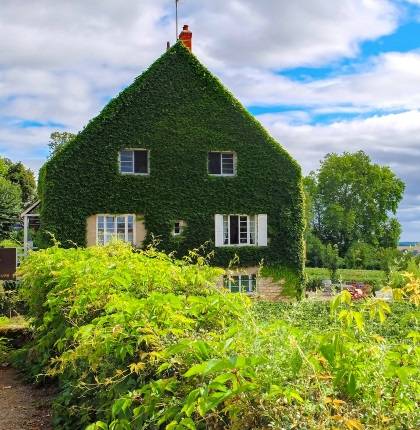 When to go to France?

The best time to go to France in 2022 depends on your goals. Summer is a favorable time to visit the Côte d’Azur as well as the Atlantic coast. Winter attracts fans of ski resorts. Spring and Autumn are the best seasons for exciting and not exhausting sightseeing tours. 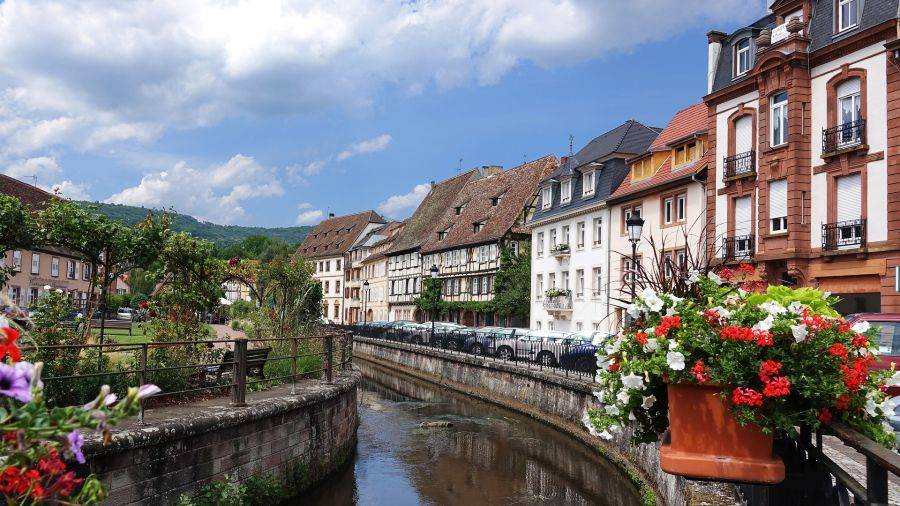 There are always a lot of guests in this charming state. However, there is a time when there is some decline in tourist traffic. As a rule, the low period begins in February and lasts until the end of April. Also to the low season can be attributed in November. Prices during this period of time for flights, hotels and restaurants are markedly reduced, and you can buy a trip cheaper.

Winter is very mild and pleasant. In Paris the temperature can get up to +6 ° C, and on the Cote d’Azur and Corsica it’s even warmer. In the winter is better to visit the ski resorts of France, which are among the best in the world. 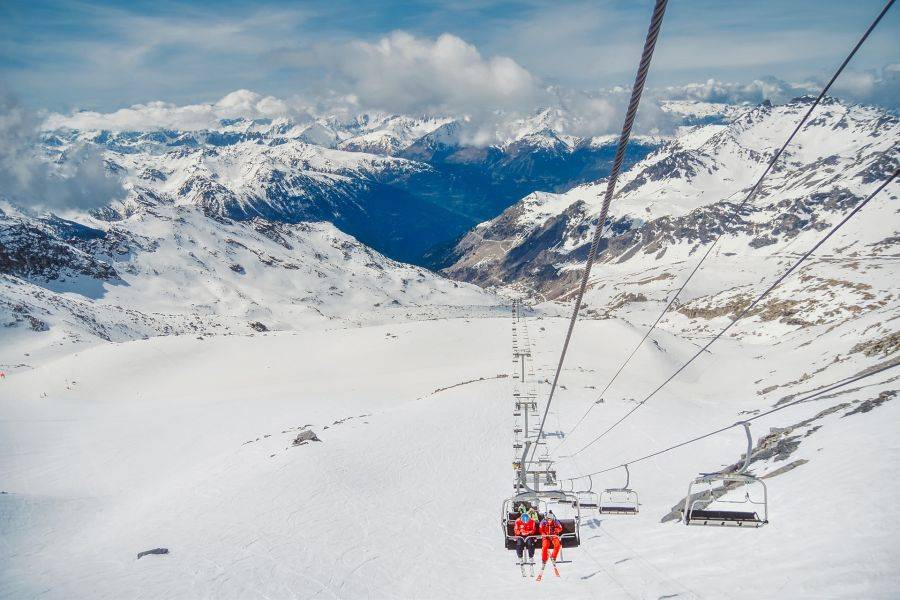 Tours in France for New Year is extremely popular, so there are many tourists in December. By Christmas the first snow falls most often, giving the cities a fairy-tale atmosphere.

If you are planning to save some money, we recommend visiting the country in February. It’s not the most popular month, except for the ski destination, but it allows for a relaxing and inexpensive vacation. Rest here in the period of February 23, and the rest will be remembered for a long time. By the way, in such a romantic country like France, it will be extremely atmospheric to celebrate Valentine’s Day.

Spring begins gradually and has a changeable nature. While the temperature can reach 15 degrees Celsius in the Côte d’Azur resorts, it’s still quite cool in the capital. However, if you want to spend March 8 in Paris, it’s a great decision, because even the cool air does not overshadow the charm of this city. The number of sunny and warm days increases in April.

The May holidays are a time of blossoms and fragrant aromas in the air. So if you are thinking about the best time to visit France, May is the perfect time to see the great sights and chateaux of France. Also in late spring the country celebrates a lot of holidays. 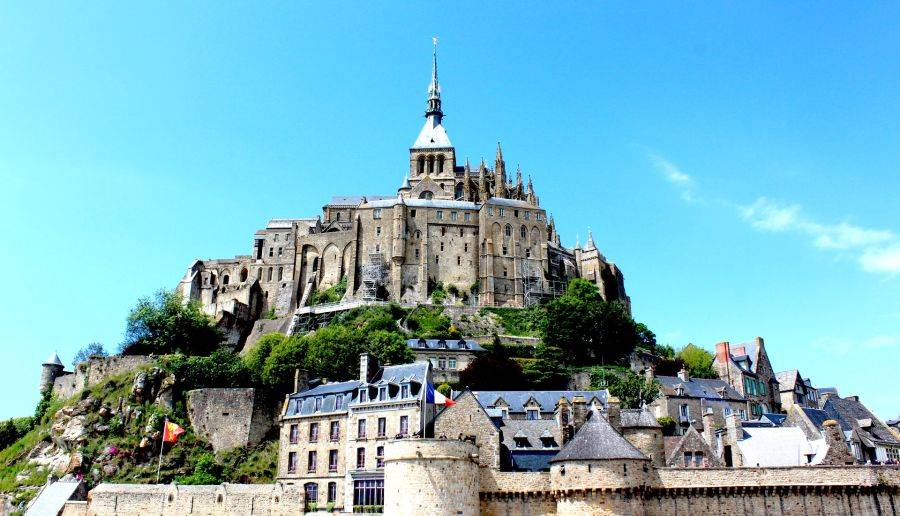 In summer, the country attracts tourists who want to spend quality beach holidays on the Cote d’Azur. Weather in different regions; if in Paris in summer period is quite “neutral”, then the French Riviera in the summer is a real Eden on the Mediterranean Sea. If you can not stand the heat, we recommend a trip to the wonderful shores of the Atlantic. 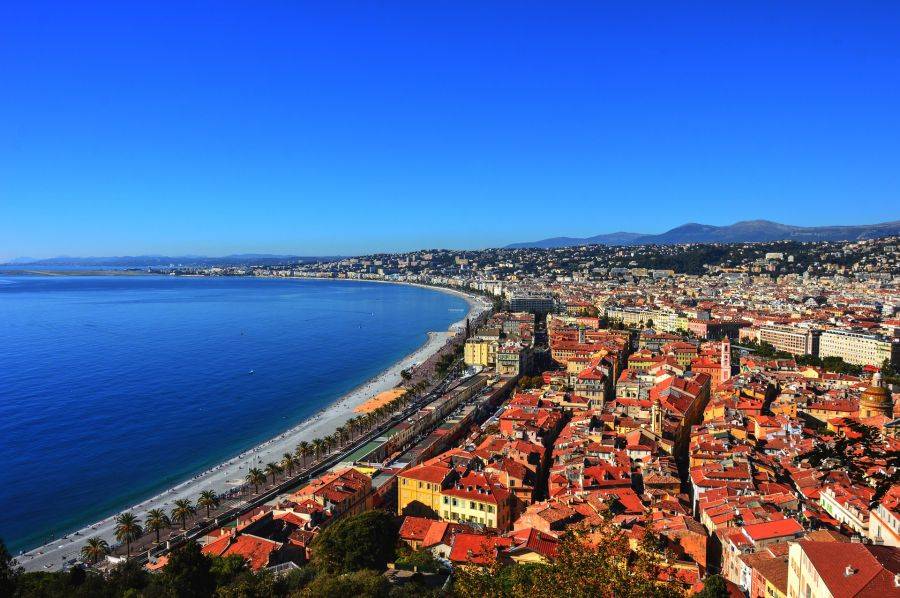 Since summer is the height of the tourist season, be prepared for crowds of tourists with children who came for the vacations. By the way, it is better to organize a trip with children to Disneyland just in summer, although the park operates year-round.

In autumn, the warm weather is in no hurry to go away. September is a nice velvet period on the Riviera, so if you did not have time to vacation on the coast in summer, you can do it in September.

Tourists who want to know when to go on vacation in France to be comfortable, can choose the period from September to October, when the weather is still very favorable to a comfortable stay. November holidays in France among our compatriots is not very popular, because in this month the sky is constantly covered with clouds and it often rains. But if that does not scare you, we can say that France in any period of autumn is perfect for visiting museums and galleries. Tours to the country’s balneotherapy resorts are also popular in the fall.