The most unusual types of tourism – amazing near

It is very difficult to surprise modern tourists. What sophisticated ideas do not come to tour operators seeking to attract customers and take their own niche in this interesting, profitable business. Today I want to tell you about the tourist destinations that most travelers have no idea.

Dark tourism or tourism of “darkness”. 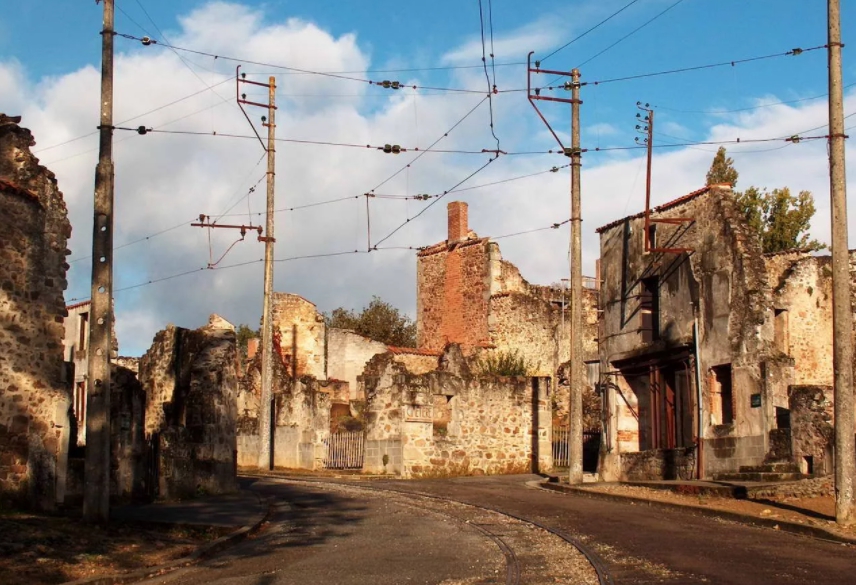 This type of tourism is characterized by the fact that travelers wander through the tragic and mystical places. Most often, fans of such travelers are invited to visit the French ghost town of Oradour-sur-Glans, which was destroyed during the Second World War. Tourists often decide to go to another tragic place – the former death camp of Auschwitz, located 60 km from Krakow. City of Oradour-sur-Glan PHOTO: i.pinimg.com

The place of mass executions Choeng Ek and other Death Fields in Cambodia are very popular, as well as tours to Alcatraz prison, where Al Capone sat, the ruins of Poenari fortress in Romania, which historians consider a real Dracula’s castle. 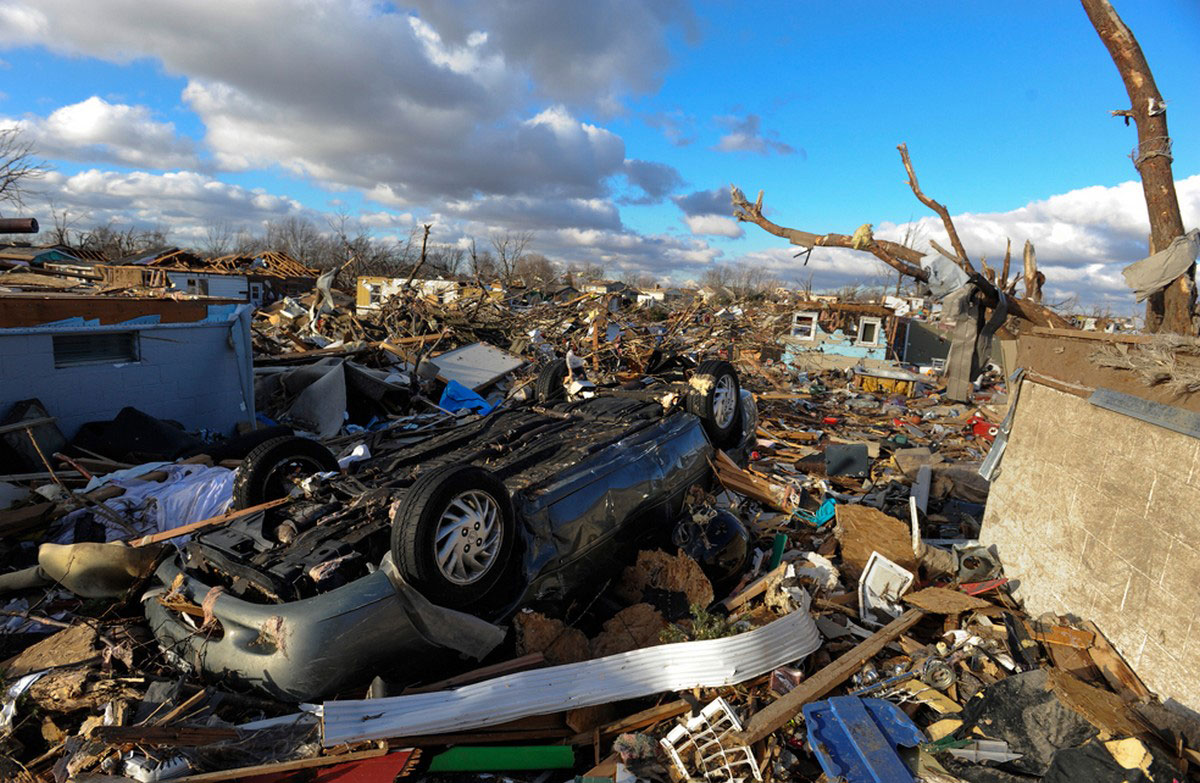 As one of the varieties of dark tourism is very popular disaster tourism natural and man-made. This type focuses on people who like to travel to areas affected by natural disasters. The Gulf Coast in the United States and New Orleans affected by Hurricane Katrina, South and Southeast Asia devastated by the Indian Ocean earthquake and tsunami. Destruction after a tornado PHOTO: mirvkartinkah.ru

A large number of tourists are attracted by the volcano in Iceland, as well as places of ecological disasters – the ghost town of Pripyat, Peace Memorial Park, Hiroshima, the ghost town of Centralia, Pennsylvania.

There is a certain contingent of people who have a special attraction to the supernatural, so for them of interest are places where paranormal activity was observed. For such tourists tour operators offer tours of Dublin (Ireland), Florida (USA), Great Britain, Brisbane (Australia) and Quebec (Canada). 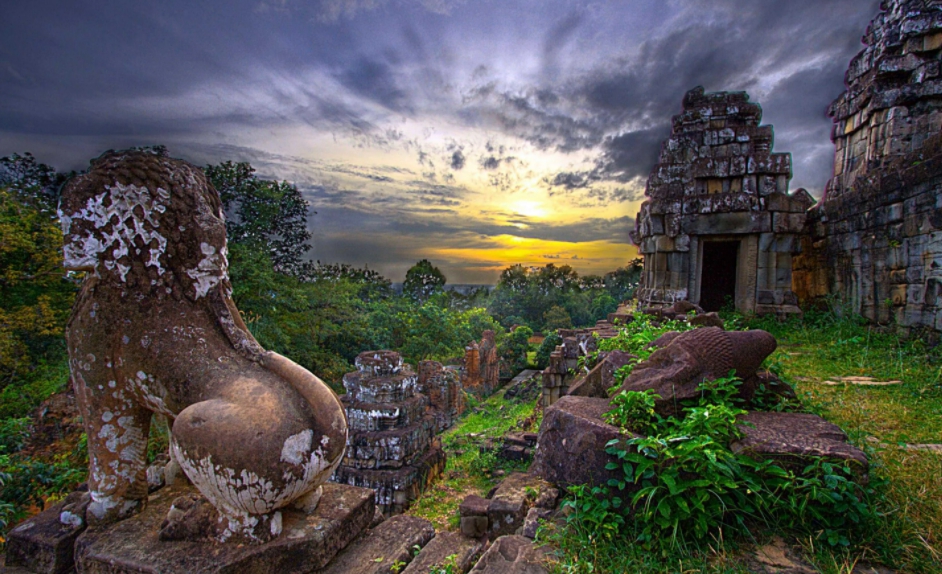 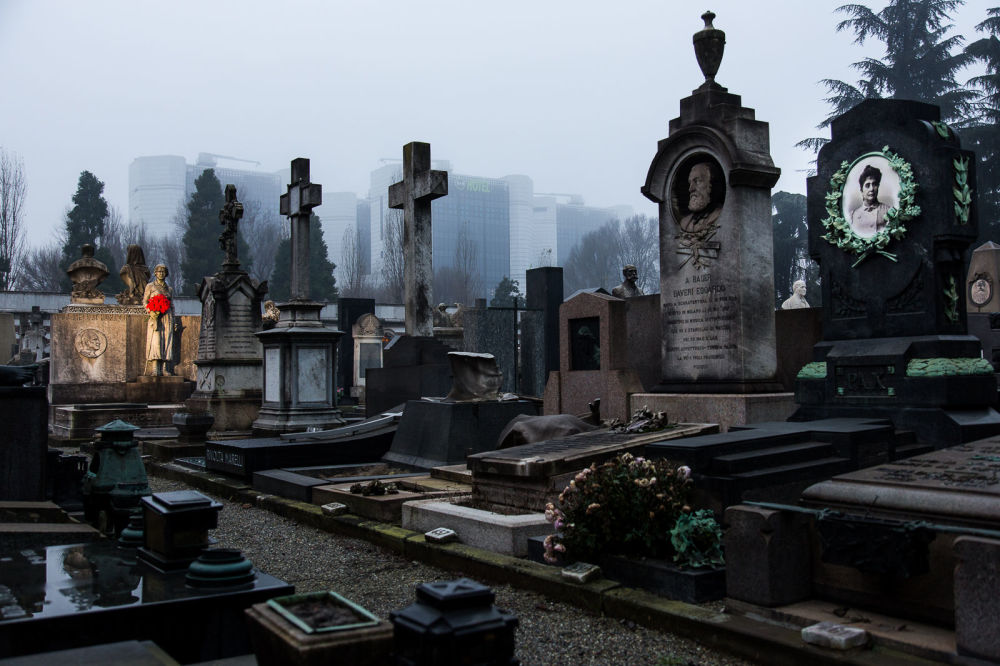 Tours of cemeteries, where famous scientists, writers, politicians, musicians, artists and other, interesting and famous personalities are buried, are quite a common service all over the world. PHOTO: cdn2.img.sputnik-ossetia.ru

For example, in Moscow, for fans of this type of tourism, special routes have been developed on the Novodevichy and Vagankovsky necropolises. In St. Petersburg there are organized routes to Smolensk Lutheran, Bolsheokhtinsky Georgievsky and Malookhtinsky cemeteries.

Darc in Russia is also becoming popular. Today tourists are offered a portal Atlas Obscura, which is dedicated to the murder of Rasputin. 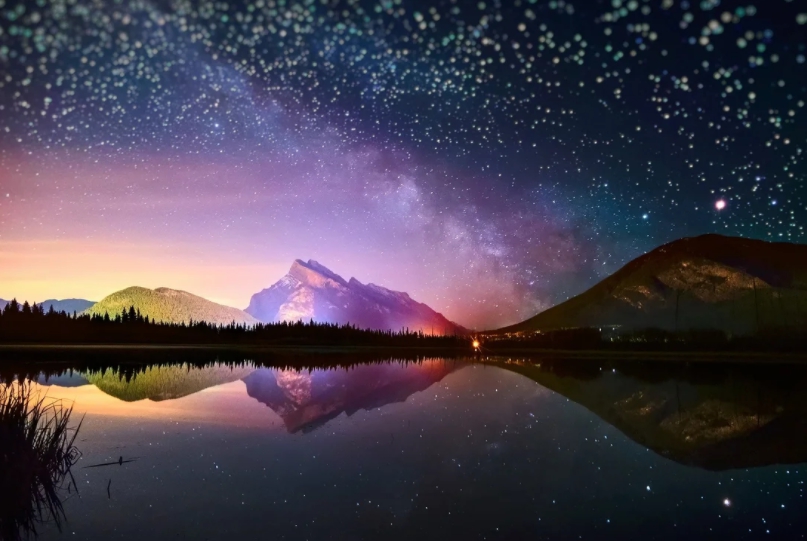 This type of tourism is specifically designed for travelers to places where you can enjoy the views of the starry sky and take pictures of it. The best conditions for this are created away from big cities, where clear weather and clean air prevail. Most often tourists are offered excursions to mountainous areas. For polar lights can be watched on the Kola Peninsula, to look at the best night sky is in the Atacami Desert in Chile. PHOTO: oir.mobi

In Russia, you can enjoy this kind of tourism in the Crimea, the Caucasus and Altai. One of the most successful places for observation is the Crimean mountains, this is the most often proposed trip. To astronomical tourism should also include excursions to modern observatories.

There is another form of astronomical tourism, it is much more expensive and is to travel to places where, at a strictly defined time will happen lunar or solar eclipse. Trips of this kind are planned in advance. 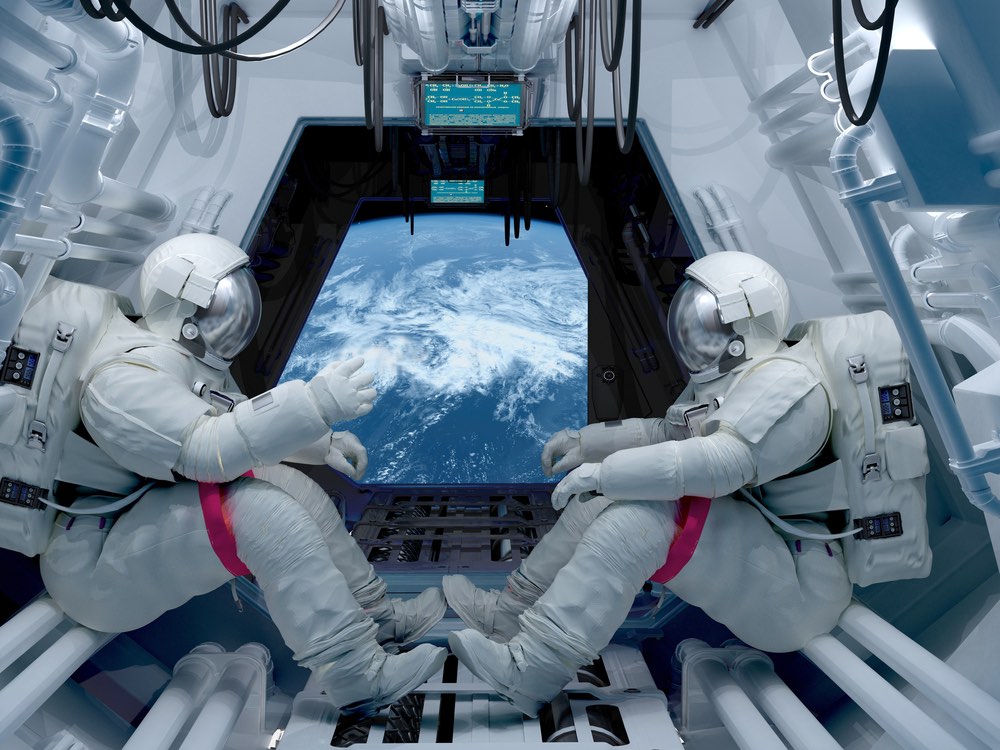 Space tourism is a separate segment of the aviation industry, whose main purpose is to provide an opportunity to travel outside the atmosphere. This kind of tourism enables everyone to become an astronaut for a while. The cost of such a pleasure is the saddest part of the story. Today, in order to go into space, a person needs 15 million dollars. PHOTO: politikus.ru

A few days on the ISS would require an investment of about $50-80 million. There is a cheaper option: travel on a supersonic rocket will cost the extreme in only 1 million dollars, and the flight into space – in 250 thousand dollars.

As for ecotourism in Russia, Baikal would be the most appropriate place in this category. After all, many natural resources are concentrated there.

We would like to separately mention a type of ecotourism – shark tours. If you are a fan of the biggest predator fish, then this is what you need. Those who want to get their nerves tickled will be offered a trip down under the water in a cage in the company of an experienced diver. Sharks scurrying around the bars are unlikely to let you relax. Despite the high level of organization of such entertainment, periodically there are accidents with lethal outcome.

If you do not know what to do and have tried everything possible, in this case, we offer you a new type of extreme tourism – Jailoo. This is an unusual kind of recreation, which is relatively new. He gives the opportunity to immerse themselves in the life of nomads, to make fire with stones, to understand how people lived without modern equipment and gadgets. A trip to Kazakhstan, Africa or South America can be a real adventure. 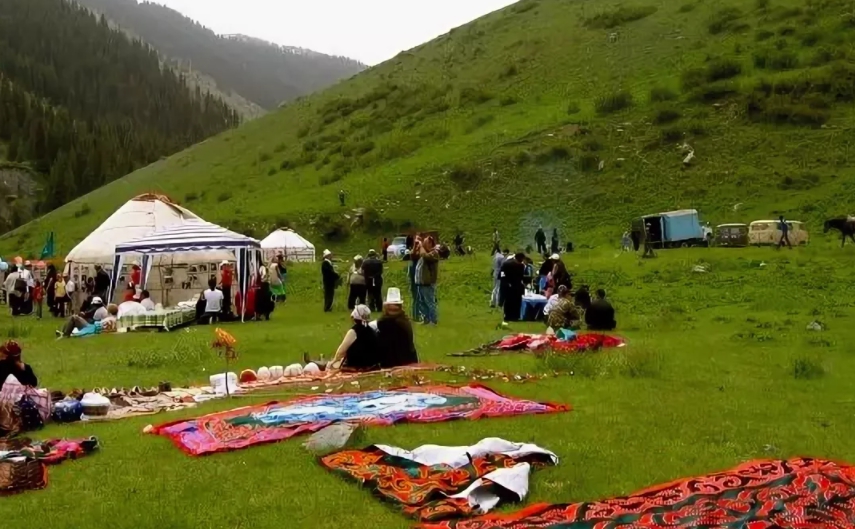 Jailoo as a form of recreation is becoming popular in Russia as well. Participating in a Jailoo tour, a person gets into a completely different environment for himself, of which he previously had no idea. Despite the difficulties and dangers, Jailoo can give extreme people unforgettable experiences and previously unexperienced emotions. This kind of tourism allows to test the strength of the spirit, to expand the horizons, and perhaps make you think about the meaning of life. In Russia, the most popular among fans of this type of tourism is a trip to the Arctic Circle, the sparsely populated areas of Siberia, the Far East.

READ
The 10 most beautiful cities in Chile 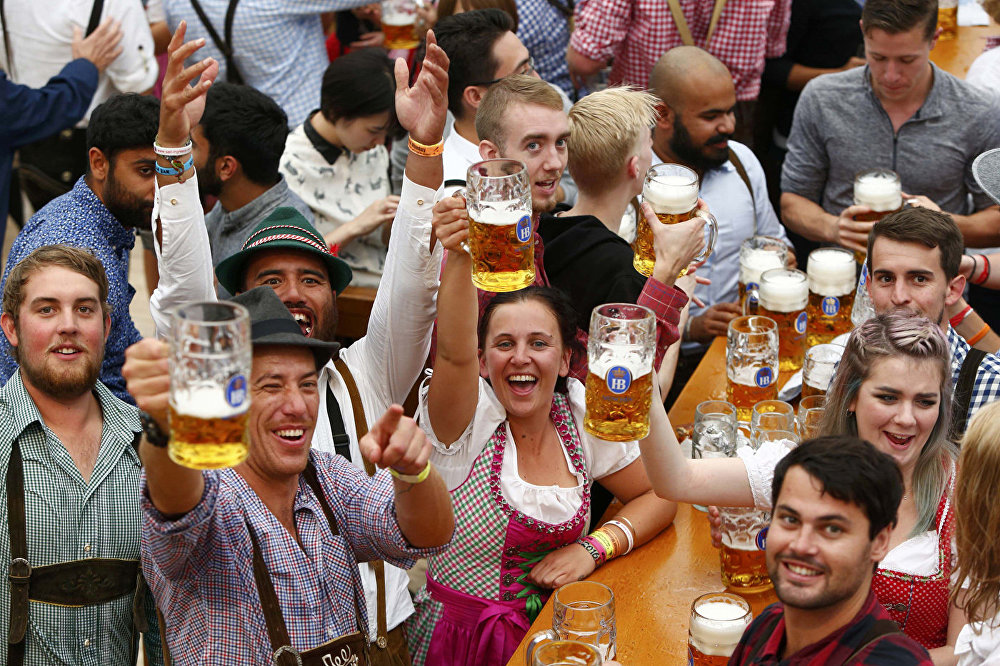 A relatively fresh destination for true connoisseurs of quality wine and beer, who are willing to overcome significant distances and difficulties in order to taste exclusive drinks. Beer Festival in Bavaria PHOTO: cdn2.img.sputniknewslv.com

The capital of Bavaria can easily be considered the beer capital of all Germany, so it is the best place to travel. Also lovers of this kind of tourism should visit Istanbul, Cancun, Prague, Sao Paulo, Madrid, Sydney, Amsterdam, Tokyo, Dublin. 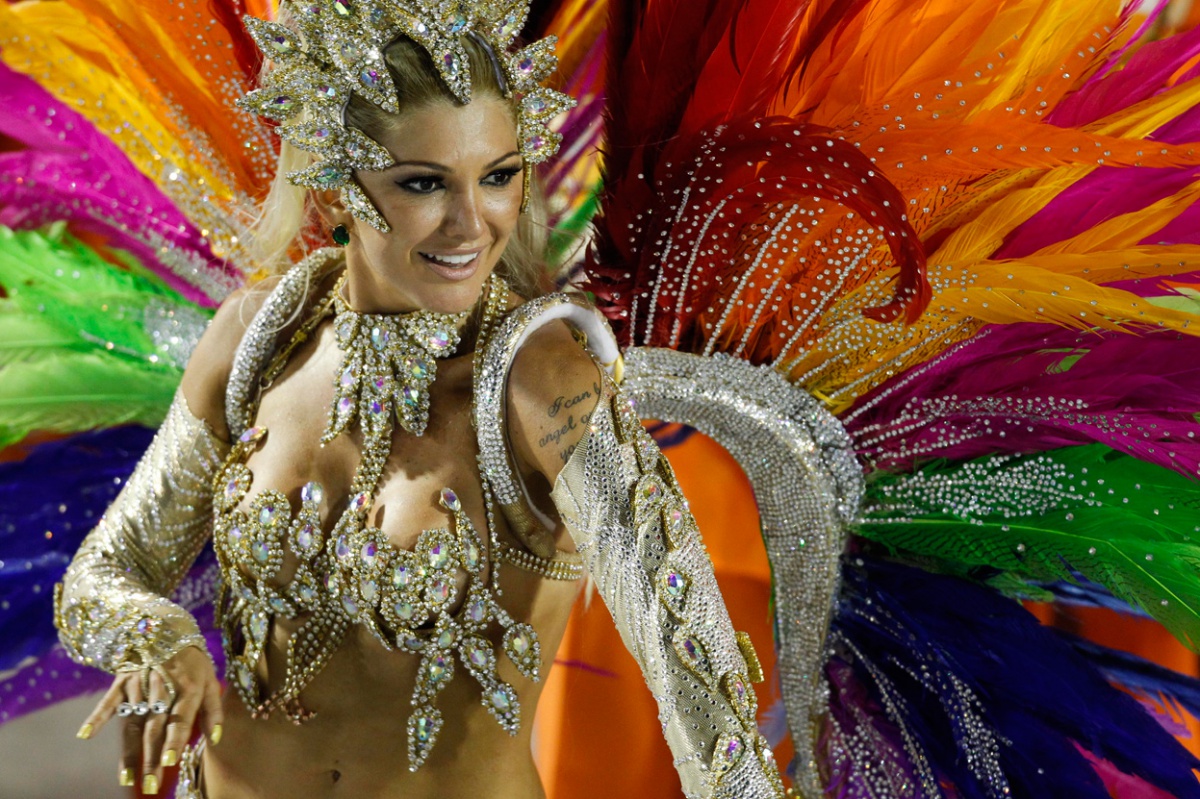 Festival tourism is preferred by fans of music, carnivals and all kinds of traditional celebrations. Hungarian Sziget, Belgian Tomorrowland, Spanish Primavera, the famous Oktoberfest has no equal among the public celebrations. Carnival in Brazil is also world famous. It is held in February for a week, and sometimes longer. PHOTO: well03.ru

The unusual culture of the country, whose people are a mix of indigenous people – Indians, African descendants and immigrants from Europe, is reflected in an unusually colorful, fun and grandiose holiday. Up to one and a half million participants and spectators gather at the main procession, which runs along the street more than a kilometer long. Such events year after year gather a huge number of fans who come from all over the world.

This article uses pictures taken from publicly available online sources and photo-banks without attribution and is licensed under a CC0 Creative Commons license for commercial use.

If you liked our story or would like to contact the author of the article, leave comments to the publication, and he will surely answer you. Maybe you want to tell about your travel discoveries, our online travel guide readers will be very interested to know what you have seen and what you found interesting! Leave comments, ask questions, tell about your travel experiences, suggest topics for new reviews and articles!

For those who want to read our news in the mobile version and quickly follow the publications, subscribe to our channel in Yandex-Dzen