Ukmerge – an old and cozy little town in Lithuania

One of the oldest towns in Lithuania, Ukmerge is a quiet countryside that has not yet opened up to its full potential, but it has a positive tendency to do so. When offering tours to Lithuania tour operator usually focuses on the most popular cities, but you can always make your own itinerary and include a visit to Ukmerge. This small town is fascinating with its simple life and medieval atmosphere.

Advantageous location of Ukmerge at the crossroads of the major Lithuanian highways will allow tourists to visit the nearest cities – the capital Vilnius and romantic Jonava, for which it is desirable to allocate at least two or even three days. Ukmerge, formerly known as Vilkomir, has a long and rich history. According to the legend, it was founded by the princely family of Dovsprung, who migrated here in the X century from Italy. 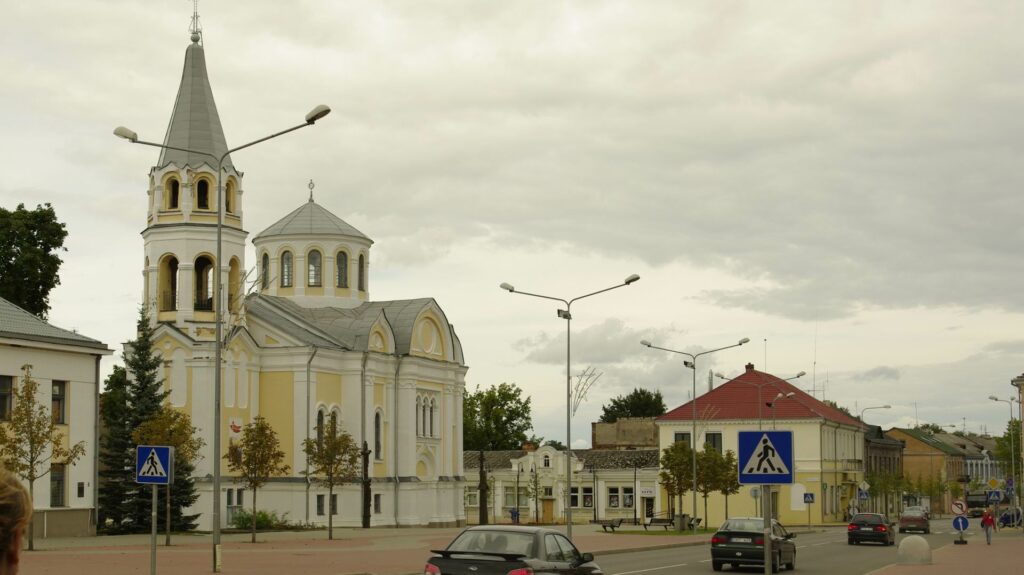 In medieval times the town was a stone castle with the surrounding countryside, situated on a mountain later called Zamkovaya. During this turbulent period in history the castle was often the target of bloody attacks of the knights’ armies. In some chronicles there is a description of a battle, in which 10 000 knights were killed. The town reached its heyday in the 15th-17th centuries, after the neighboring Deltuva had lost its strategic importance.

Battles with the rulers of neighboring lands were not the only test during the existence of Ukmerge. In the 18th century, as a result of catastrophic devastation after the war with the Swedes, the city fell into serious disrepair. But despite this, it did not cease to exist, on the contrary, rather quickly it revived in a new, even more successful quality. This fact, which caused the birth of many legends about patrons from the spirit world, of course, has a very logical explanation. Uqmerge owes its fast recovery to the geographical location at the crossroads of river and land trade routes, which was unbelievably fortunate in those days.

The old city with its network of winding streets, old squares and buildings has survived to this day in splendid condition. It is Jewish, Catholic, Orthodox, Old Believer, Lutheran, and even Muslim. Such religious diversity is not new in Ukmerge, as it is the result of developed relations with other cities and even countries that have developed since the Middle Ages. However, today there are only five churches in the city: three Catholic, one Old Believer and one Orthodox, but each of them is an ancient architectural monument. 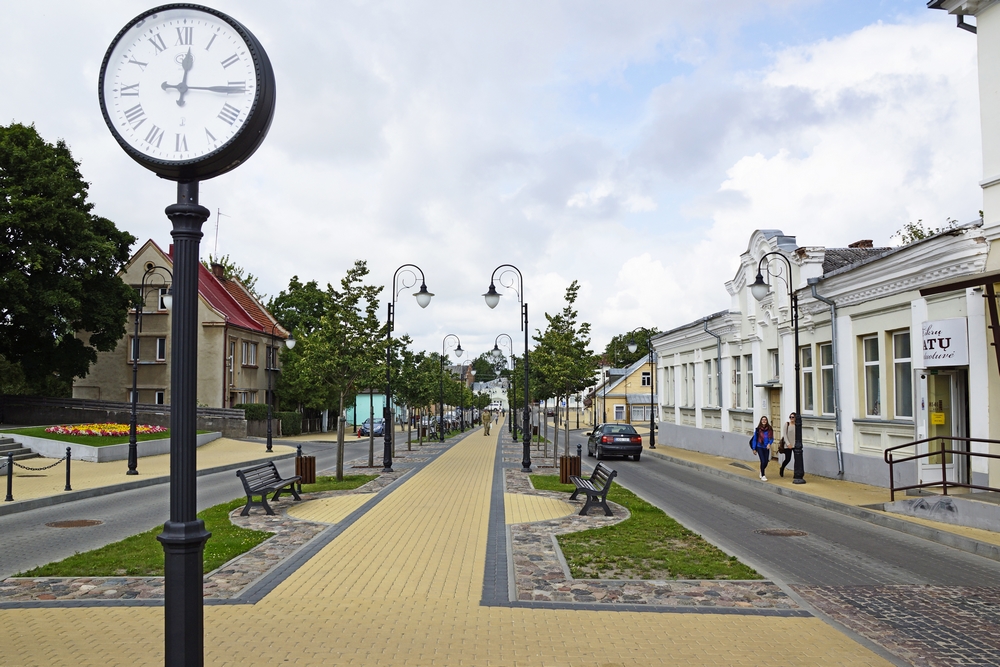 The wonderful scenery of the city center and its surroundings provide the best opportunities for hiking. Even though this area is rapidly developing such industrial fields as mechanical engineering, furniture, linen, textile and dairy products production, the factories of each of these areas do not disturb the ecological balance of the region, nor the harmonious views that combine the charm of ancient architecture and natural beauties.

The tourist infrastructure of this wonderful Lithuanian town is worthy of all praise. Its guests will always be offered comfortable rooms in various local hotels or cozy individual cottages. On the banks of the river Sventoja you can find boat stations where you can rent a catamaran or a boat, or take a ride on the river streetcar. The service in local restaurants is always excellent and the local dishes, cooked according to homemade recipes, just melt in your mouth. 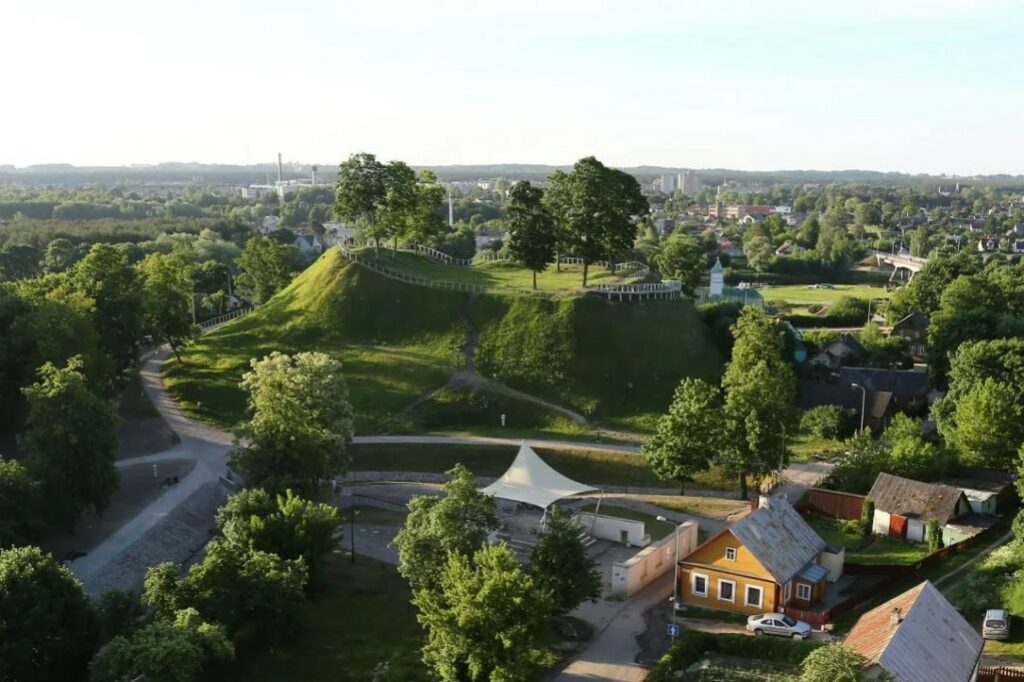 Any tourist, even virtually acquainted with the culture of Lithuania, Latvia or Estonia, it is clear why many tour operators choose the main direction of the proposed tours of the Baltic States, the country of this region will never cease to be in high demand as a place to stay. And the reason for this is not only low compared to Western European countries, prices, but also in the widest range and high quality of travel services offered. 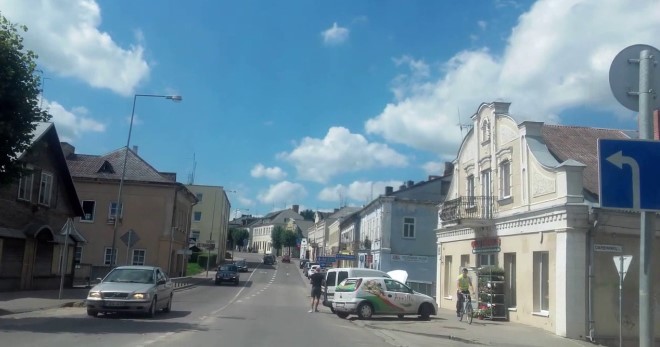 In the center of Lithuania, on the shore of the Sventoji River, lies the city of Ukmerge, which is the center of the district of the same name.

In addition to the city of Ukmerge itself, this Lithuanian region includes over 600 different villages and smaller settlements. The city, which occupies an area of just over 20 square kilometers, is home to about 27,000 people (according to the 2010 Census). In earlier times, Ukmerge was called Vilkomir. The modern name of the town probably comes from the small river Vilkmergele, which today is called Ukmerge – the right tributary of the Shvyantoya.

There is a legend in these parts: Once upon a time there lived a wolf-girl Vilkmerge in the dark forests. One day, when the son of Prince Dovsprunga was hunting wolves, he ran out of arrows and the wild animals attacked him, but the little girl drove away the predators and saved the young man. In her honor, the prince built a castle near the river. Later, a monument to the wolf-girl was erected at the entrance to the town. 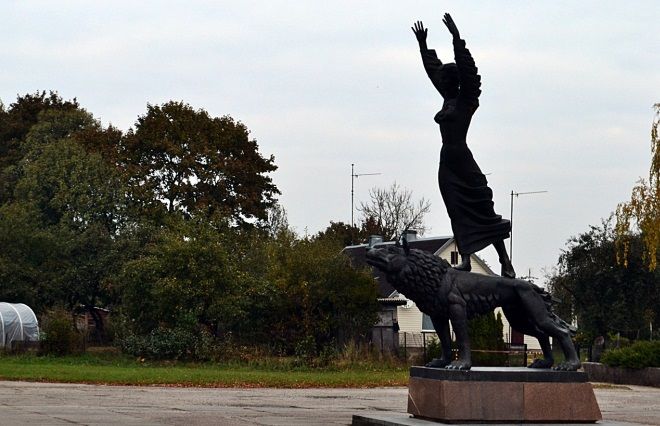 Ukmerge was first mentioned in 1333. It is believed to have been founded by Duke Dovsprung, who came from Rome. The city began to be built around the Castle Mountain. The fortress located there repeatedly repelled attacks of the sword order soldiers. The city was looted and burned several times, but was rebuilt all the same. The city was given city status by Sisigmund I.

After the division of the Commonwealth of Poland, Ukmerge, together with Lithuania, became part of the Russian Empire. In the middle of the 19th century, when Emperor Alexander II restricted the residence of Jews in Russian towns, Jews began migrating to Lithuania en masse. Ukmerge gradually became a typical Jewish town, but they were all exterminated during World War II. 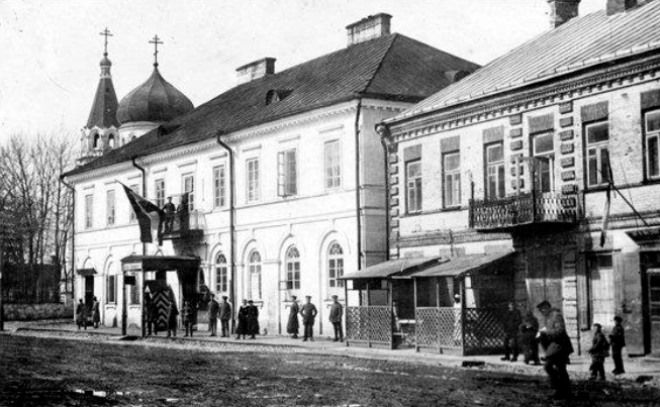 This small town has a rich historical past, so it has interesting tourist spots worth visiting for travelers:

In this provincial town there are several hotels and hotels where a visiting traveler can stay:

READ
10 things to do with your family in Milan, Italy

In order not to stay hungry, go to one of these places, where you will be treated to delicious dishes of Lithuanian cuisine: