I don’t know about you, but I just love my local library. Have you ever wondered that the idea of a public library is that anyone can borrow a book, often for a long period of time, for free and so many times-it’s just incredible. Where else would you get something without giving anything in return? Most public libraries offer lots of copies of books, study space, computers, and other perks. I want to say that libraries should be even more popular than they are at the moment, but some of them are already pretty well known.

Despite such a screaming title, the list below is probably inaccurate-it was compiled by the number of visitors. Not all of the libraries I researched had up-to-date visitor counts or any other information (I didn’t include such libraries in the article) and there were a few instances where I came across competing data or press releases in foreign languages. Plus, I admit that I didn’t research every library in the world, but only those that seemed more appropriate for this article. Now, after all these caveats, you can enjoy a list of the most popular libraries, and leave your favorites among them in the comments. 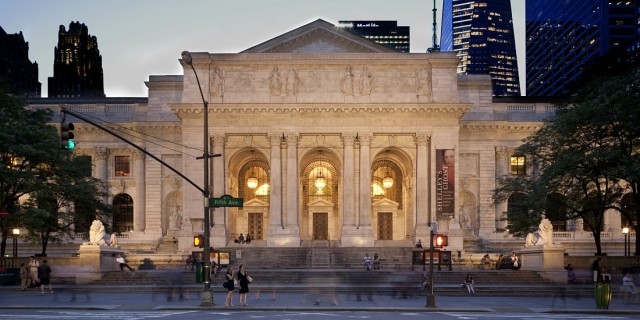 In their annual report, the New York Public Library reported that in 2016 they welcomed 18 million visitors and distributed 23 million books and other items to 92 service locations (92! That’s impressive). Finding out the branch figures was a bit more difficult, but according to a NYPL press release, in 2012 the Stephen A. Schwartzman (which you most likely know as the main branch) had 2.3 million visitors, and the Mid-Manhattan Library, now closed for renovations, had 1.4 million visitors (though new figures say 1.7 million). 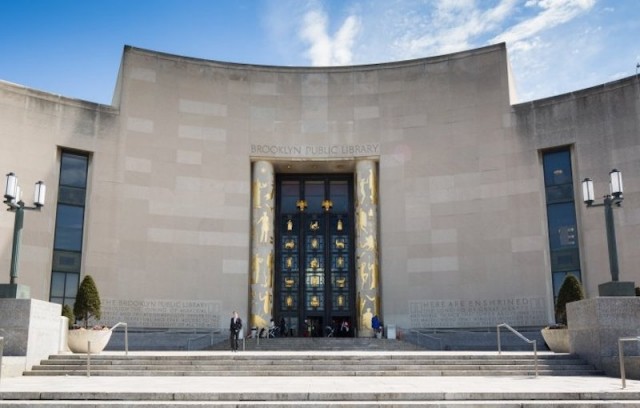 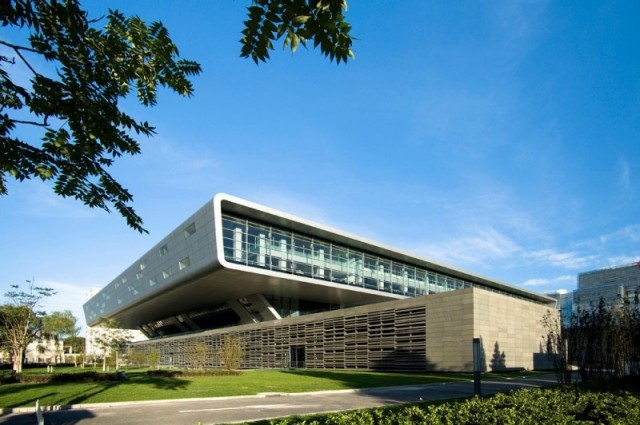 Founded in 1909 as the Metropolitan Teachers’ Chambers Library, the National Library of China is now the largest library in Asia, with a collection of 35 million items. In 2016, 5.6 million people visited the library (5,639,900 to be exact). 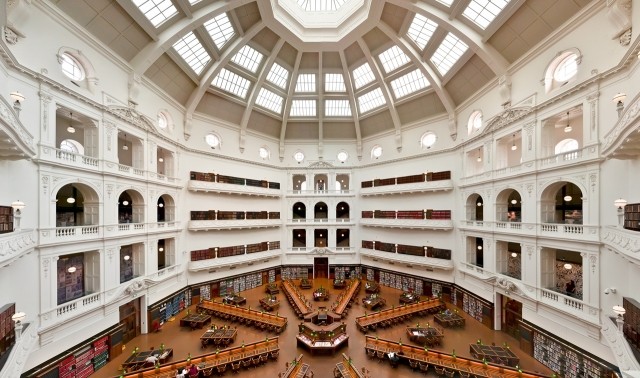 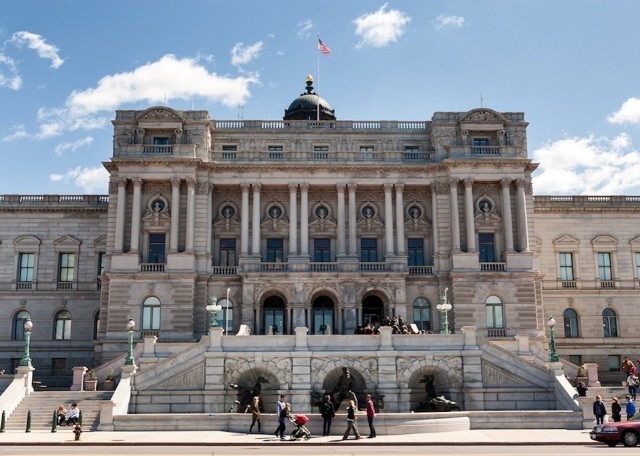 The Library of Congress is not only the oldest federal-cultural institution in the United States (it was founded in 1800), but it is also the largest library in the country and the largest in the world. According to the website, the library was visited by “nearly 1.9 million local visitors” in 2017 to look at the 167,000,738 items that fit on bookshelves that total 838 kilometers in length. 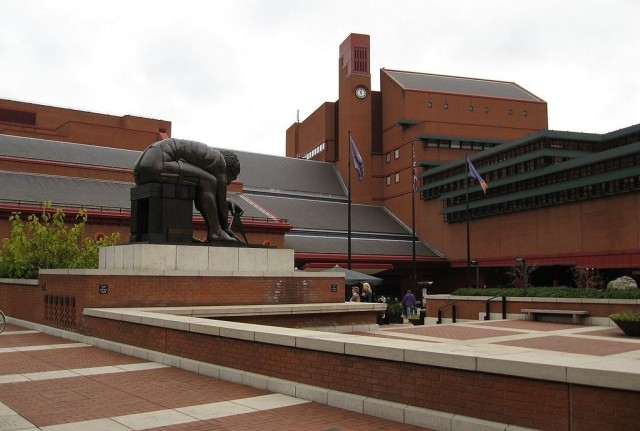 The British Library rivals the Library of Congress in terms of ownership of the collection, 150 million items, many of which are unique. According to their annual report, the British Library welcomed “nearly 1.5 million” visitors in 2016-2017, a figure that represents “a small but disappointing decline in overall visitor numbers.” (As stated, “They will be improving their Treasures Gallery.”) 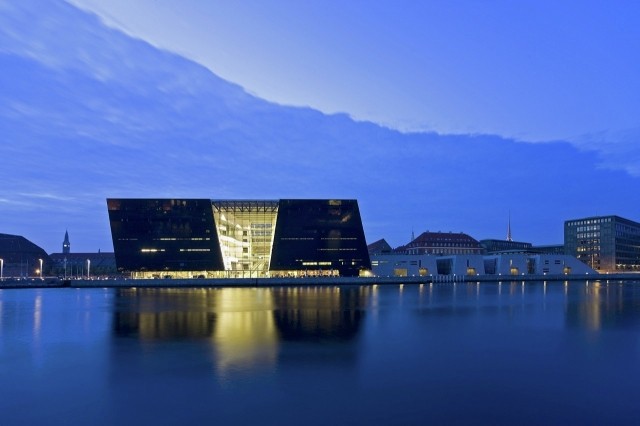 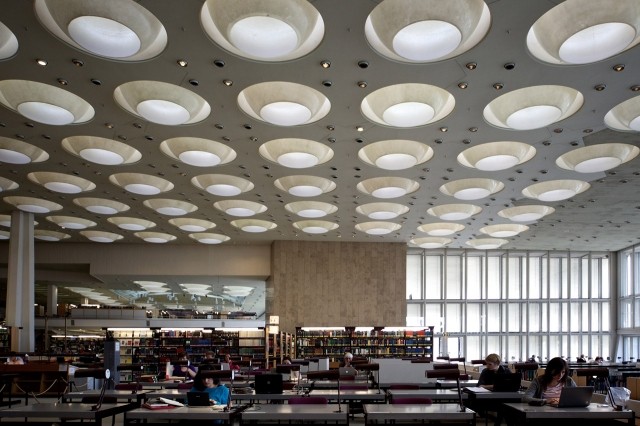 According to their website and Wikipedia, the Berlin State Library (Staatsbibliothek zu Berlin) had 1.4 million visitors in 2009. I can’t confirm this information, since I don’t know German, but I found what seems to be an updated statistic of the library – also in German. If you can read it, correct me. 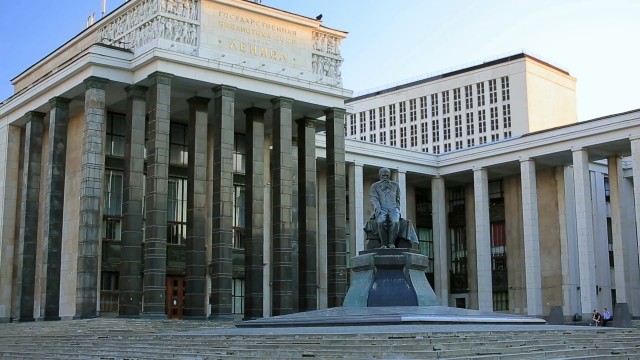 Here I encountered a translation problem, because the data on the website of the Russian State Library of Moscow is in Russian. But according to the website, the library supports 44.4 million titles and files, and 1.17 million visitors. 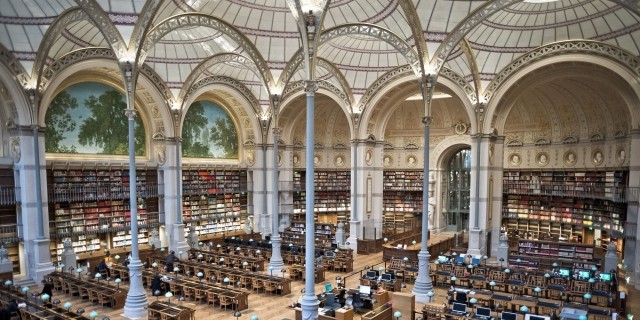 The Bibliothèque nationale de France has 15 million books and other items, library officials reported that there were 1,150,000 visits to all four branches in 2016. It’s also a pretty common (and incredible) place among tourists. 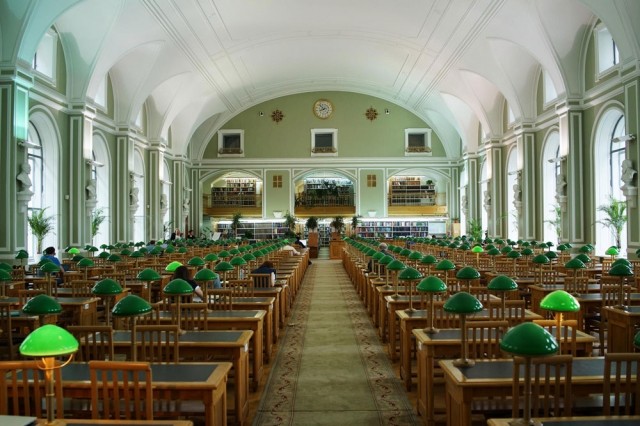 According to their website, 966,000 people (I’m rounding up) visited the reading rooms of the Russian National Library, which has a collection of 35,718,000 items, in 2011, although other data suggests that this number is getting lower. It’s unclear what has happened in the last few years, but even if there are only (only!) one million visitors a year, it’s worth mentioning in this article. 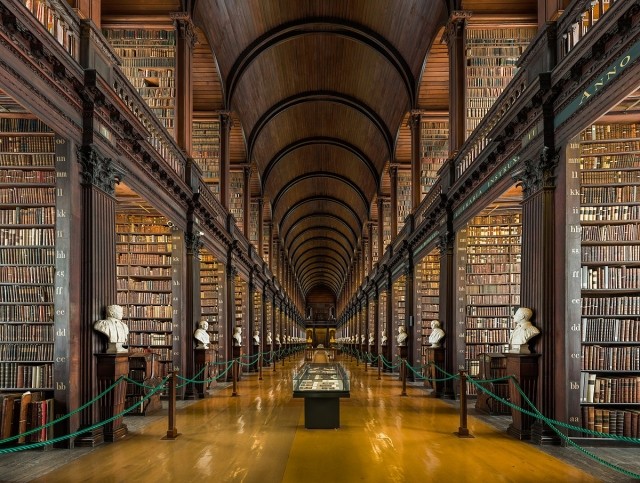 According to their annual report, Trinity College Library, the largest library in Ireland, welcomed over 964,000 visitors in 2017, which again I’m rounding up to a million. Many visitors came to see the Book of Kell, a magnificent illustrated manuscript from the 9th century that is one of Ireland’s greatest attractions, as well as the famous Long Hall, which, in my opinion, fits in well with the attractions of Ireland.

Twelve of the World’s Best Libraries 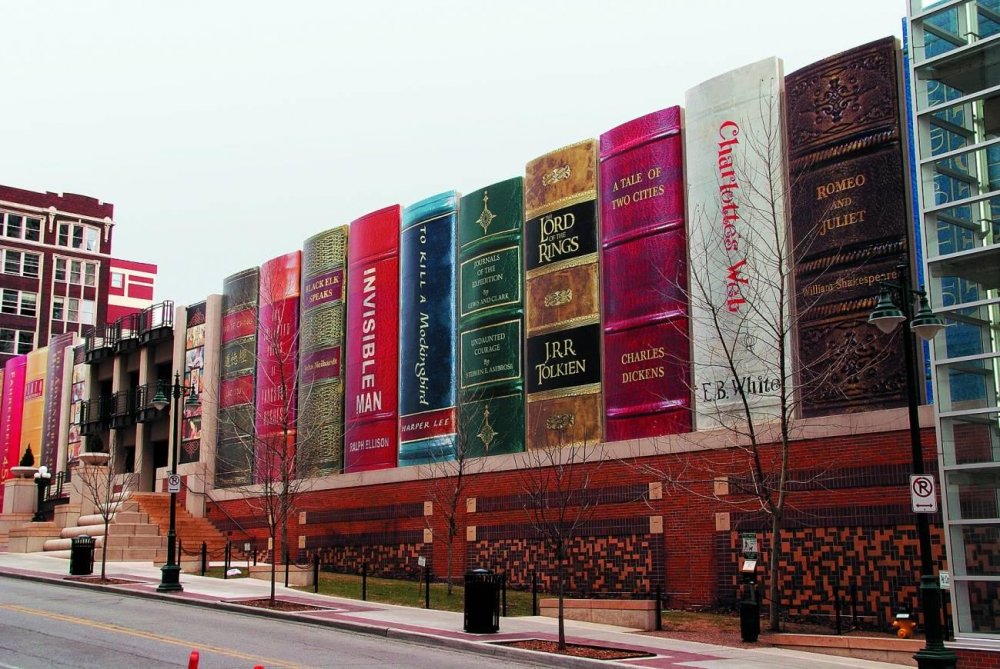 One of the city’s top attractions. It contains about a million books, but it’s not at all what attracts tourists. What makes it so interesting, you might ask? The answer lies in the amazing architecture of the building. Its walls look like a bookshelf, with book bindings sticking out of it up to 10 meters long. 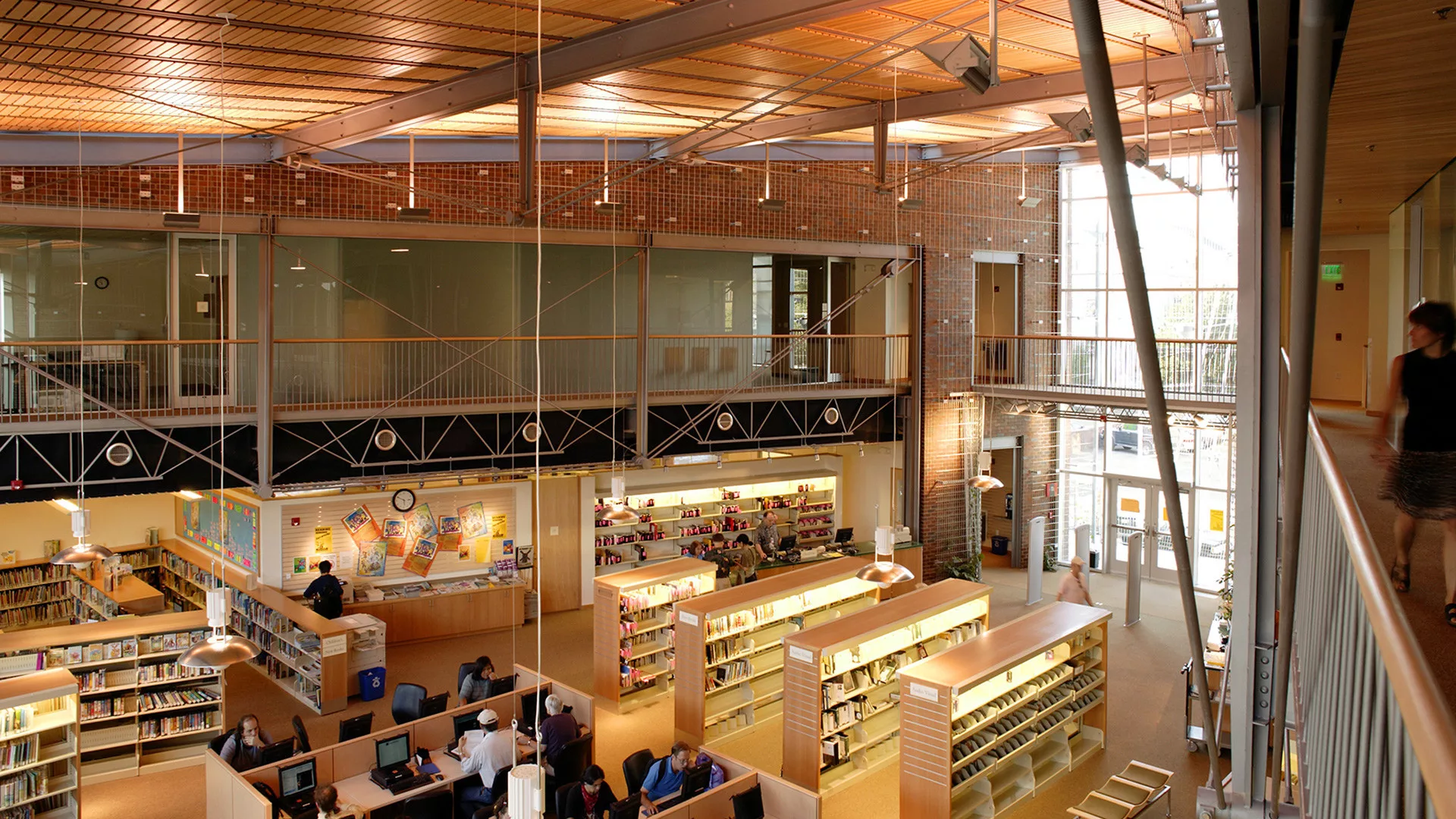 This building has been listed as one of the most famous in the United States. It is an unusually shaped polygon decorated with metal and glass meshes. Inside there are multi-storey shelves that are striking in their splendor. However, it is not easy to reach them – ornate stairs and many ramps lead to each shelf. 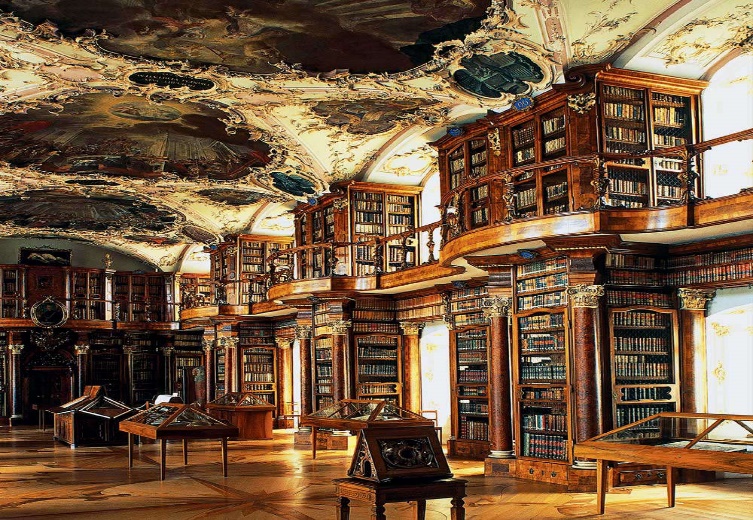 It is the oldest library in the country. It was founded by the clergy in the middle of VIII century in a monastery. The book repository contains more than two thousand manuscripts and about 160 thousand rare books, which are given out for perusal only in the hall, they could not be taken home. The rooms are decorated in a style reminiscent of rococo. 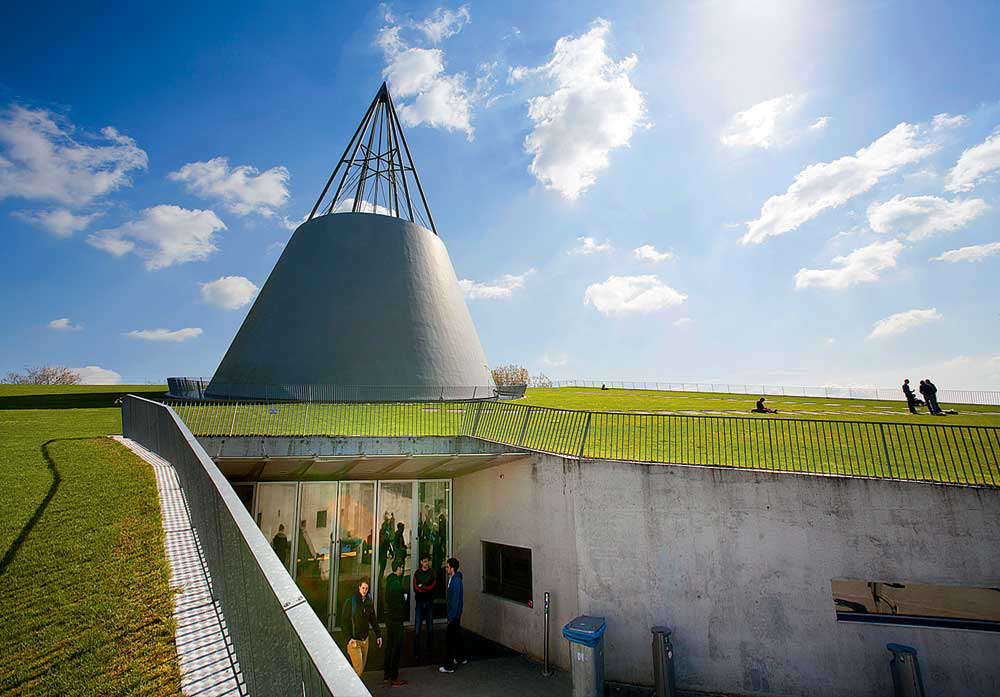 The building is the property of the Delft Polytechnic University and is a dugout. On the roof is a concrete cone with modern reading rooms. Young grass grows on the roof, which beckons to sit comfortably with a book. Not without reason the citizens love this place for relaxation and walks. Books are served to readers with a special elevator.

READ
Equatorial Africa: from the peak of Mount Kilimanjaro to the bottom of the crater 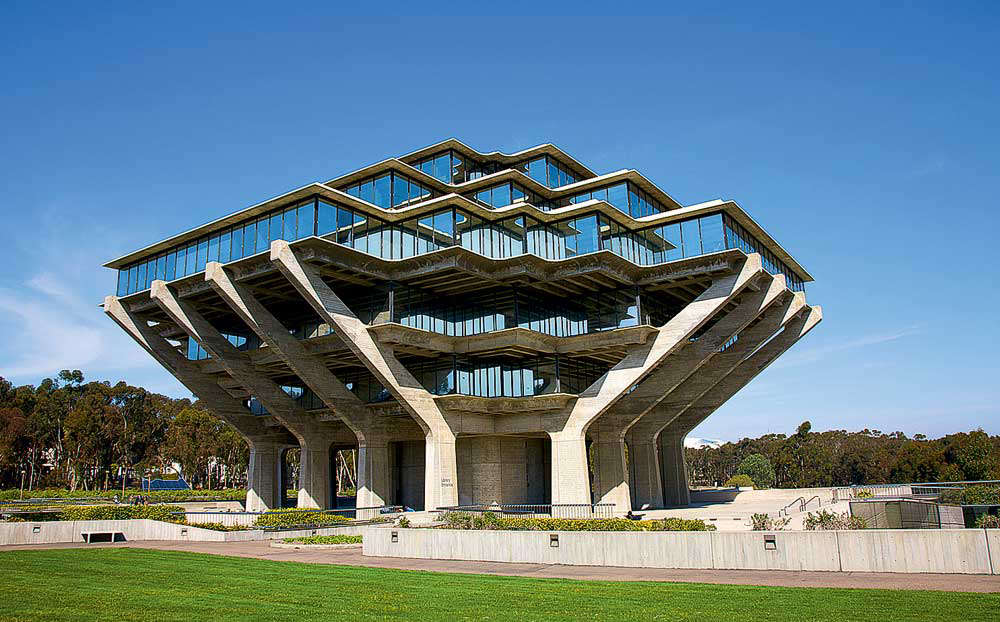 The library belongs to the Central California University. It is named after the writer known by the pseudonym Dr. Seuss. The architecture of the building can be defined as something between futurism and brutalism. The structure has repeatedly appeared in scenes of Hollywood movies, which gave it even greater fame. 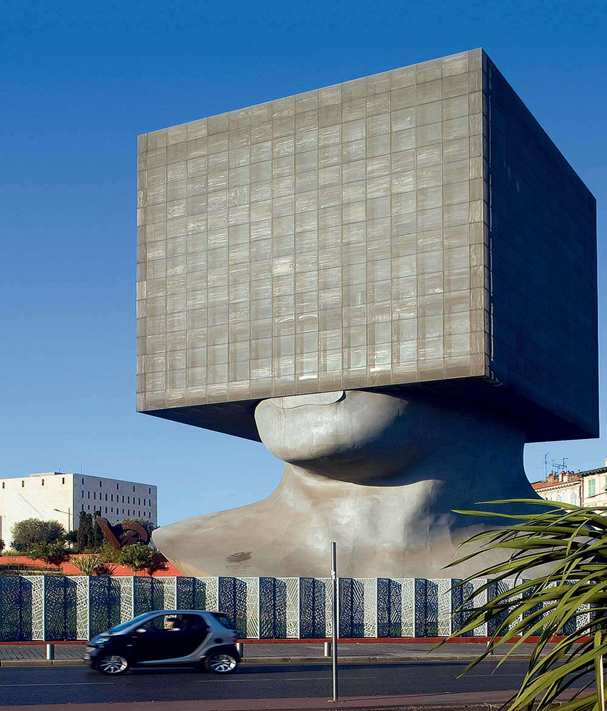 The structure is a concrete cube supported by concrete arms. Thus the illusion of a person with a box on his head is created. It got its name after the writer Louis Nusser, who was born in these parts. In the so-called “cube head” you can find a literary fund, comfortable sofas for reading are located on the first floor. 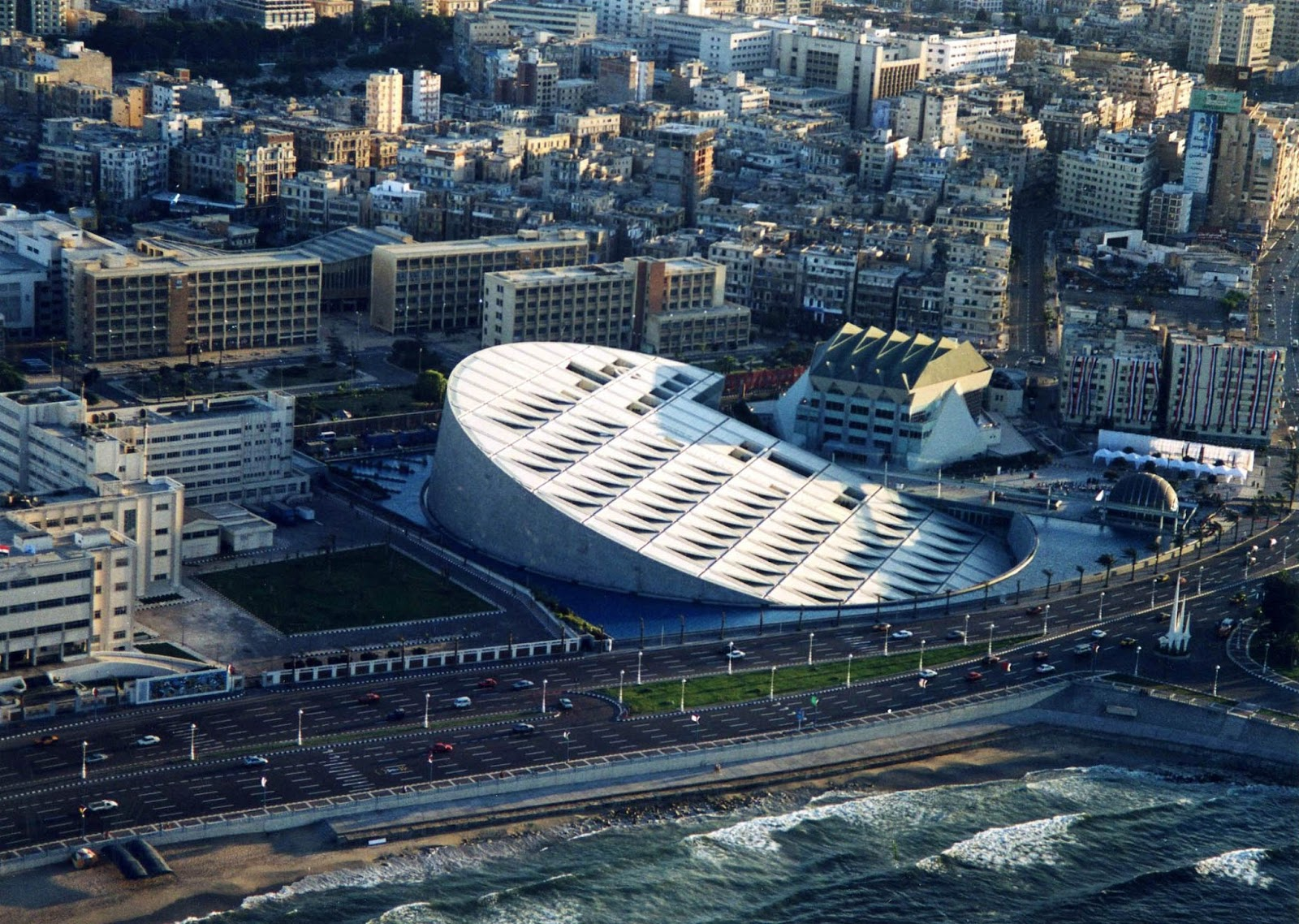 The idea to build this structure came to the minds of the council of professors of the University of Alexandria at the end of the XX century. It was built on the site of ancient Alexandria Library, unfortunately, not preserved till our time. The roof is a round glass dome – a sundial – tilted to the sea. Inside the building is painted with symbols from 120 languages of the world. 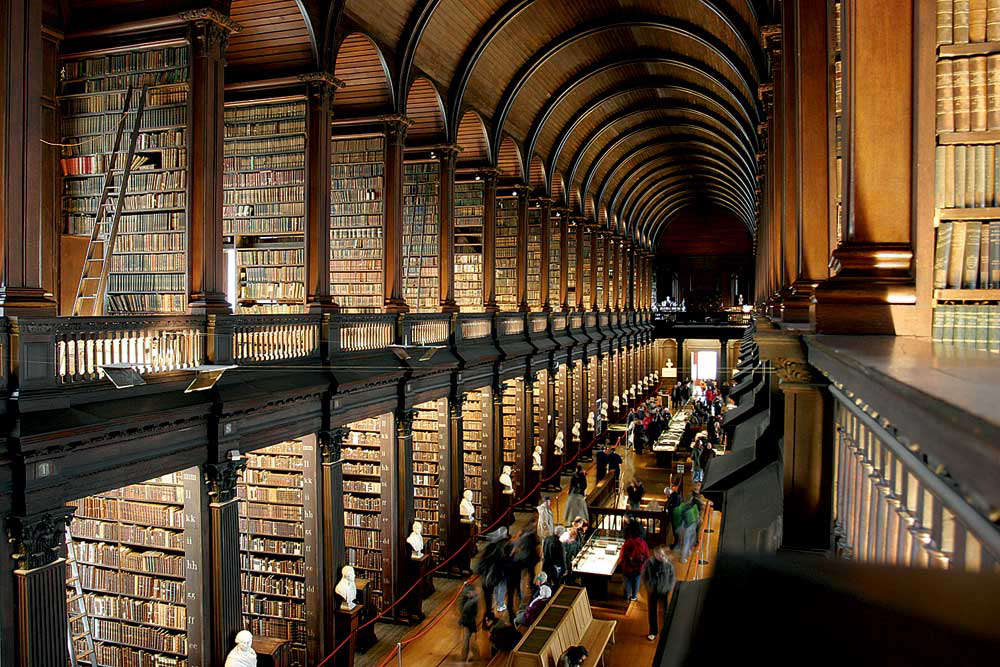 The library is on the property of Trinity College and is considered one of the most beautiful and oldest in Ireland. The greatest value in the six-million-pound collection is the Gospel, created by monks around 800. The vault also houses the harp of Brian Boru, which is the national symbol of Ireland and the pride of the townspeople. 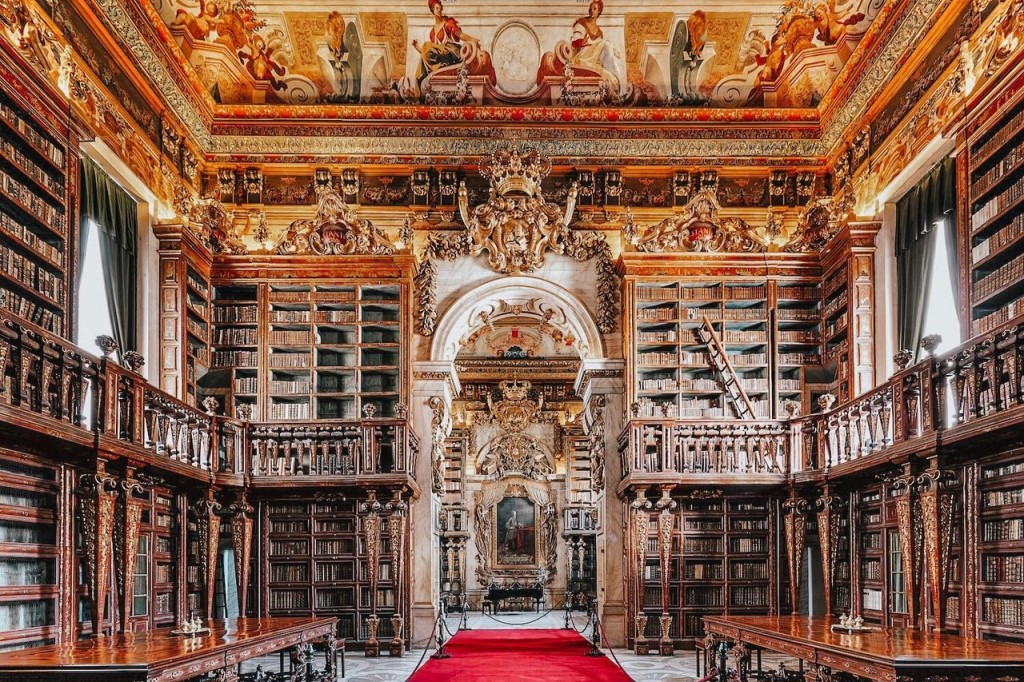 The book repository was built in the Baroque style. It was created during the reign of King João V and is named after him. The painted frescoes and carved arches amaze visitors with their splendor. The gilded shelves of natural wood create an atmosphere of tranquility and the structure is reminiscent of an altar.

READ
Museum of Cat in Minsk. A place that will not leave you indifferent 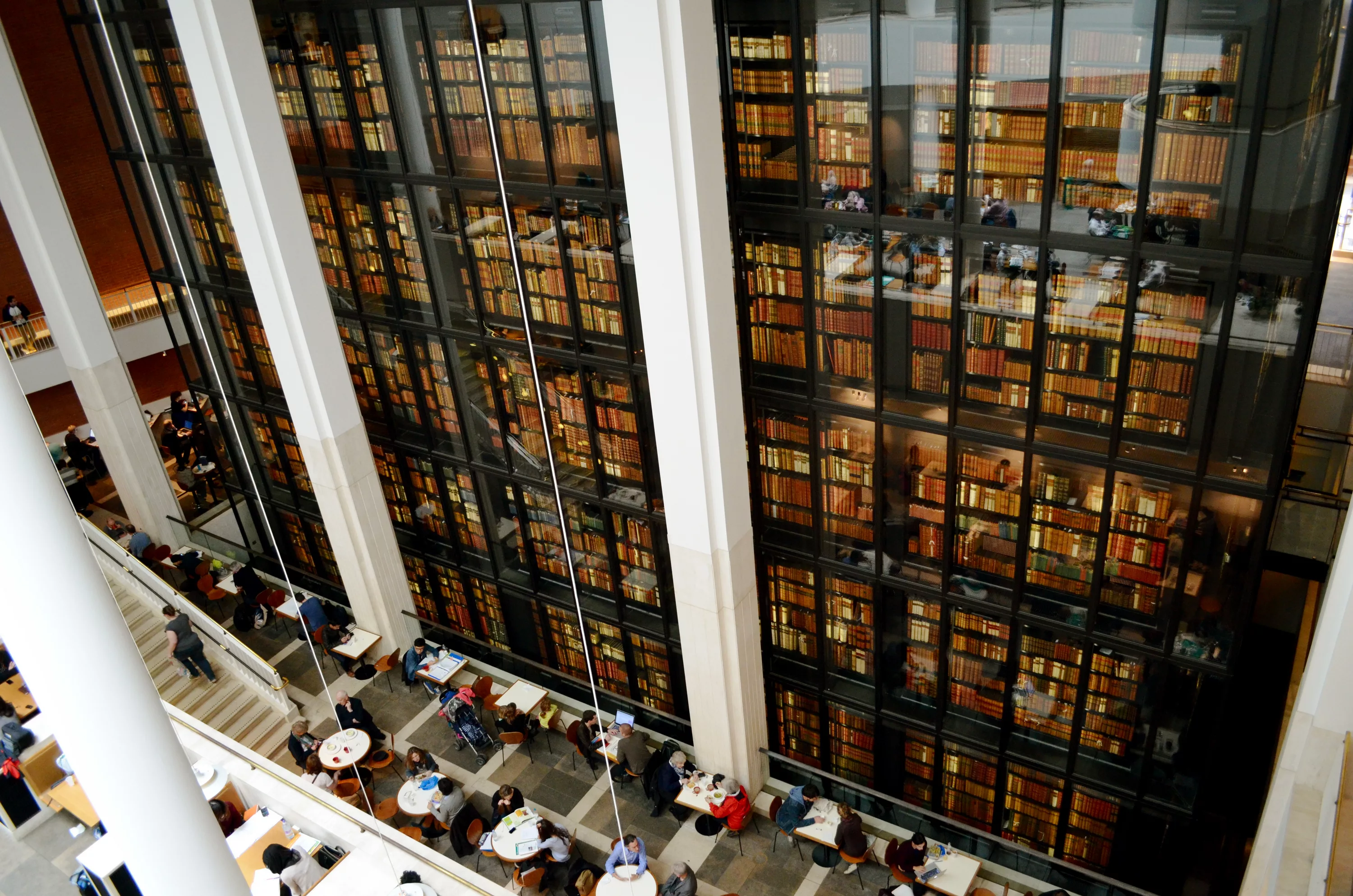 The largest library in the world. It contains no less than 170 million items. Among the major treasures are handwritten works by Leonardo da Vinci and two St. Humbert Bibles. The library is entitled to a free copy of any book printed in the United Kingdom. Queen Elizabeth herself sometimes stops by, so don’t be surprised if you see her in the reading room. 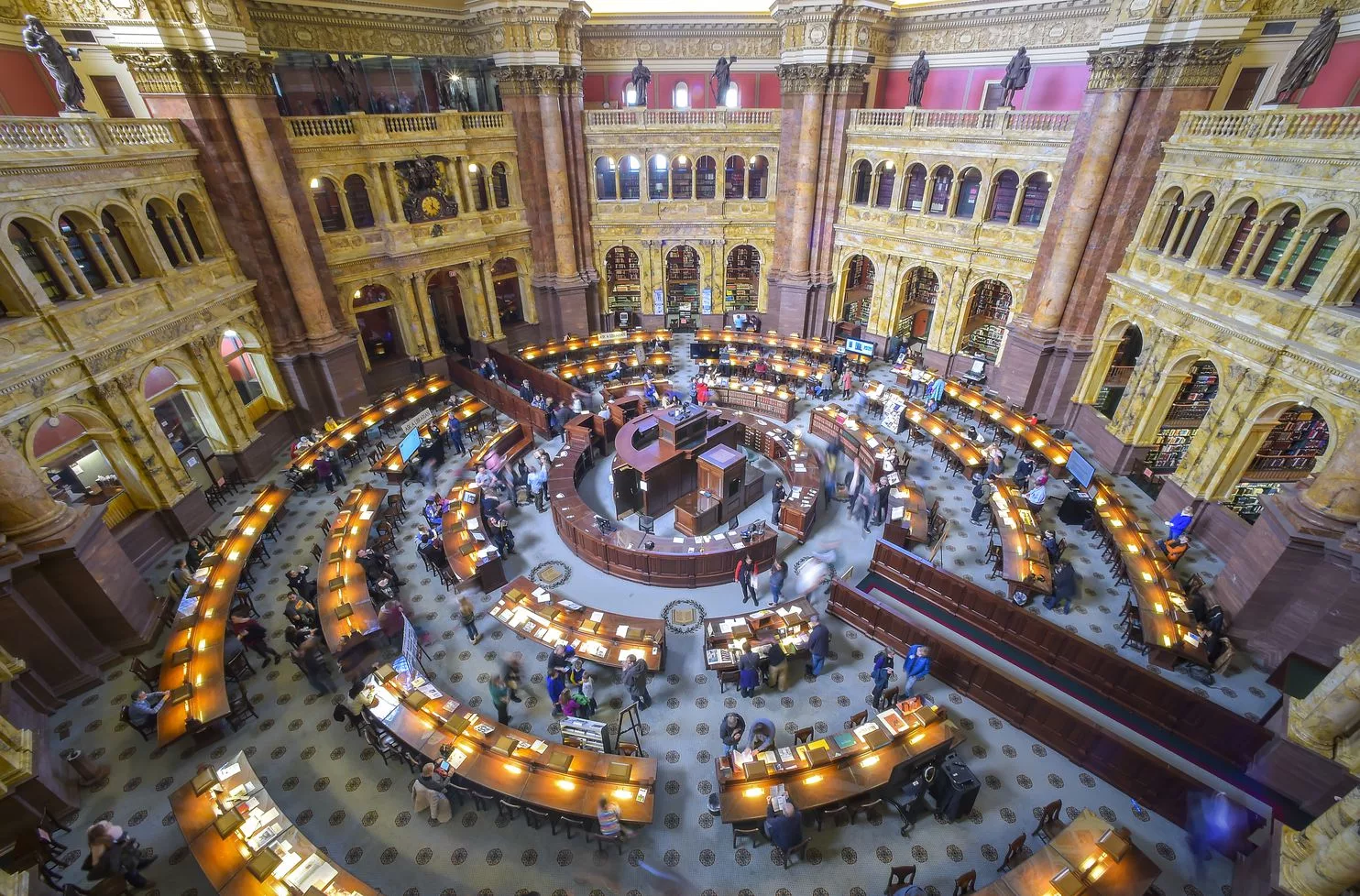 The Library of Congress is not only a resting place, but also a research laboratory that officially serves the U.S. Congress. Moreover, it rightly claims to be the largest in the world. Its collections are versatile and accessible to people of all ages, professions and interests. It also contains research papers from all parts of the world in more than 450 languages. 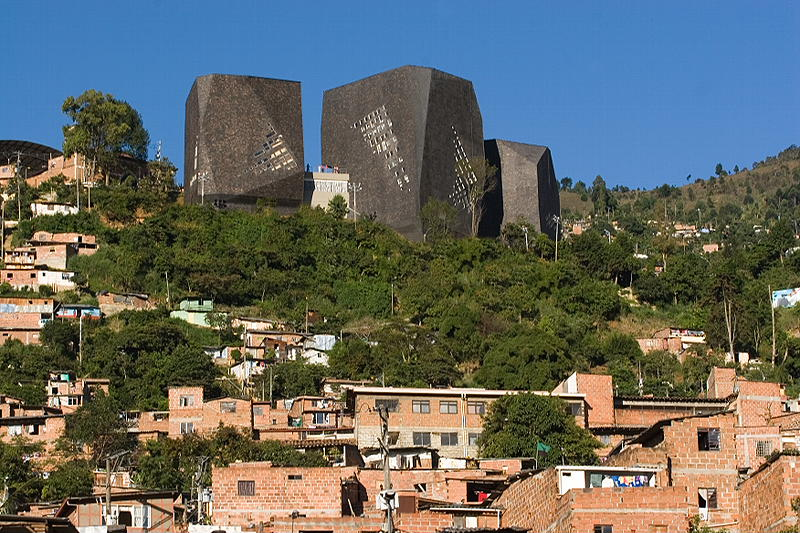 The Spanish Book Park is a special center of spiritual and social enrichment in harmony with the living nature. Strangely enough, such a park is located not only on the outskirts of the country, but also in a rather disadvantaged area. However, this is not an obstacle for those wishing to visit the complex, which presents its appearance as three stone structures in the form of huge fragments of a meteorite. At night, especially in the light of the lights, their view is especially breathtaking.