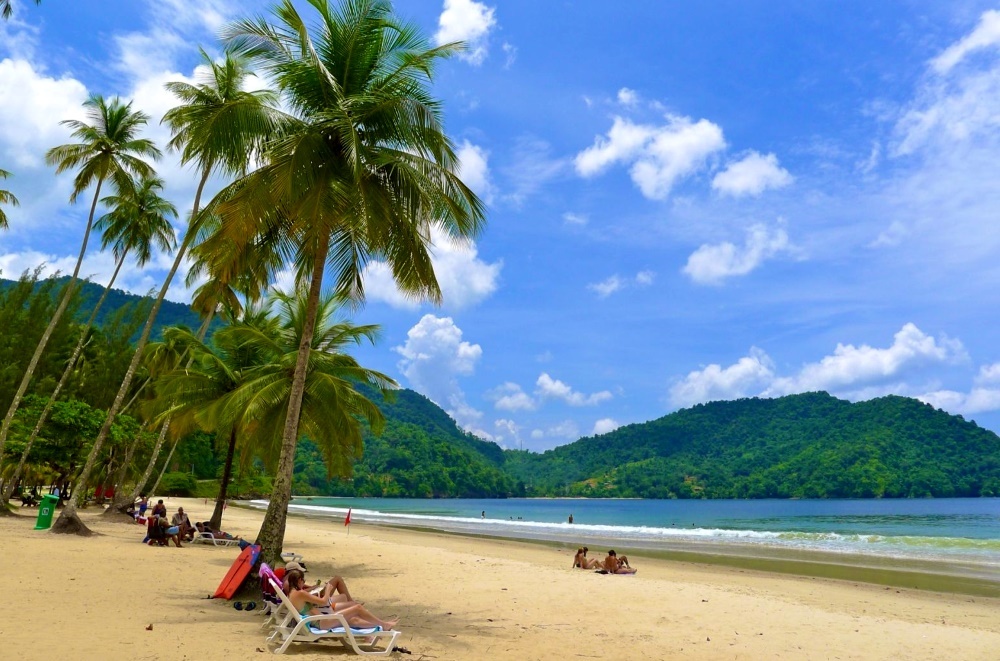 There are many reasons to spend a vacation in Trinidad, but three will suffice. The first is the extraordinary beauty of the seascapes, the second is the luxurious conditions created for visitors. And the third – a trip to this Caribbean island is considered one of the profitable in terms of financial costs, which is not reflected in the quality of a great vacation.

Trinidad on the world map (with prices of hotels)

Island of Trinidad on the world map or a detailed map of the island can be viewed by using the navigation buttons (+/-). Caribbean Islands on a map Keep heading towards the Lesser Caribbean Islands to get to Trinidad. The land, located off the northeastern coast of South America, is washed by the gentle waters of the Caribbean Sea. Trinidad is the largest (4,821 km²) of all the islands belonging to the state of Trinidad and Tobago. It is just under 60 km wide and 80 km long. The capital of the friendly republic, the city of Port of Spain, also thrives here. 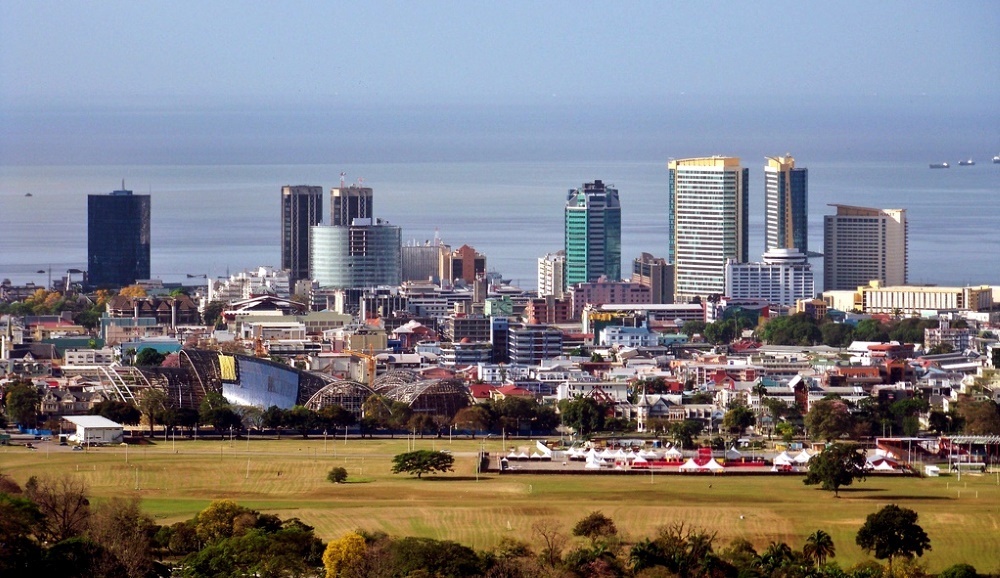 Between the mainland and the island two straits: Boca de la Sierpe and Bocas del Dragon (the first in Spanish translates as the mouth of the snake, the second – the mouth of the dragon), as well as the Gulf of Paria. To the island of Tobago is 30 km, to Venezuela about 11.

As on most islands, which is famous for the magnificent Caribbean, holidays in Trinidad is characterized by megacomfortability, variety and brightness. Conditionally, of course, we can divide it into environmental, active, sightseeing, beach, extreme, recreational, but in fact all areas are mixed. This is not surprising, because, exploring only the monuments of antiquity, or day after day lounging on the beach, it will not be possible to know all the glamour of a real exotic vacation. Therefore, tourists are happy to accept well thought-out offer of the organizers, having fun in mini-cruises, dancing in discos, visiting attractions, diving, buying souvenirs, strolling through the rainforest, playing ball on the court, etc. 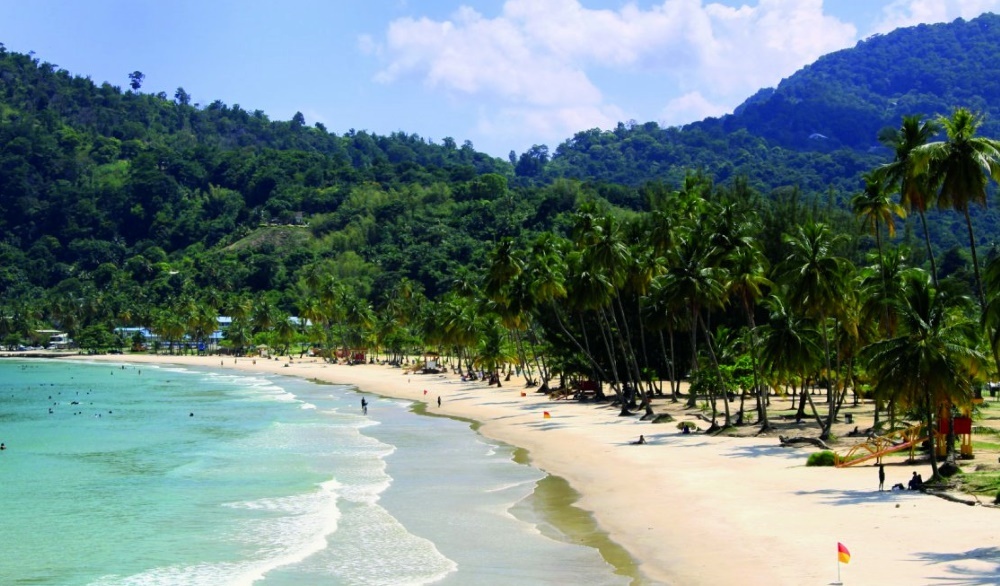 The U.S. dollar is accepted everywhere with no problem, even the rates are often in the currency in question. It is desirable to have small bills, as in small retail outlets, unlike large hypermarkets, there is not always change. Tips (5-10%) are usually included in the bill. It is strongly recommended to leave military style clothing at home, as even for a camouflage T-shirt is realistic to get a taboo on entry. 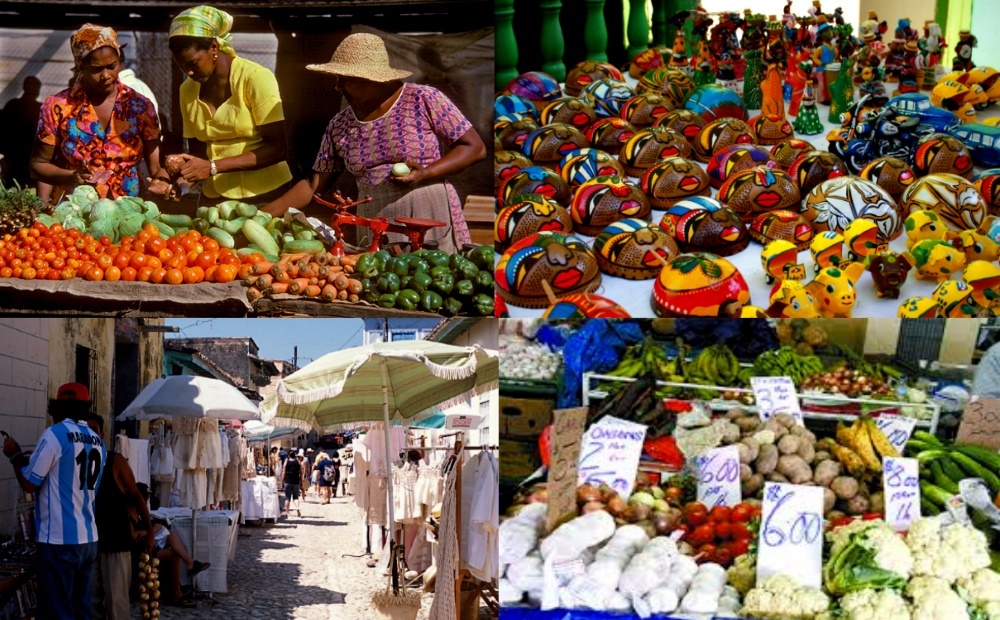 Nature and Fauna of Trinidad

The northern coast of Trinidad is fringed by coral reefs, the southern coast by tropical evergreen forests called mangroves. It is also home to the famous mud volcanoes. The landscape of the swampy eastern part is mostly flat, with two small ridges stretching parallel to each other, at the highest points not exceeding 300 meters. The northern area boasts larger hills, the same Mount Aripo being 940 meters high.

The Caribbean island is like a dream come true thanks to its unbelievably bright colors. Protection of natural heritage is of the highest level here. Lush, able to exist in the salty soil vegetation in the tidal zones, balsa, cacti, sandalwood, cedrela, vanilla, cypress, the rarest butterfly orchid, groves of coconut palms, cocoa plantations – it is difficult to enumerate all the plants of Trinidad. Hummingbirds flutter over the flowering bushes, of which there are over forty species on the island, there are caimans, bats, possums, agoutis, capuchins, iguanas. But no matter how rich the land world of the island is, it pales before the fabulous magnificence of the Caribbean underwater kingdom.

In Port of Spain, you can spend more than a day discovering and exploring the city. The original architectural layout mixes eras and styles: global skyscrapers, bustling bazaars, mosques and Catholic cathedrals, colonial-era buildings, business districts and cozy alleys of parks. Popular places in the capital include Independence Square, Holly Trinity Cathedral, the shopping district referred to simply as The Center, the Town Hall-Lybrary complex on the Woodford Green, Immaculata Concepcion Cathedral, Queen Savannah Park, the National Museum, the Art Gallery, and the Empire Valley Zoo.

The attractions of Trinidad are not limited to the capital, a lot of impressions remain from the visits:

These and many other stunning places await visitors to the island year-round, and the spectacular shows, extravaganzas, music festivals, and tasting festivals only add to the excitement of the trip. 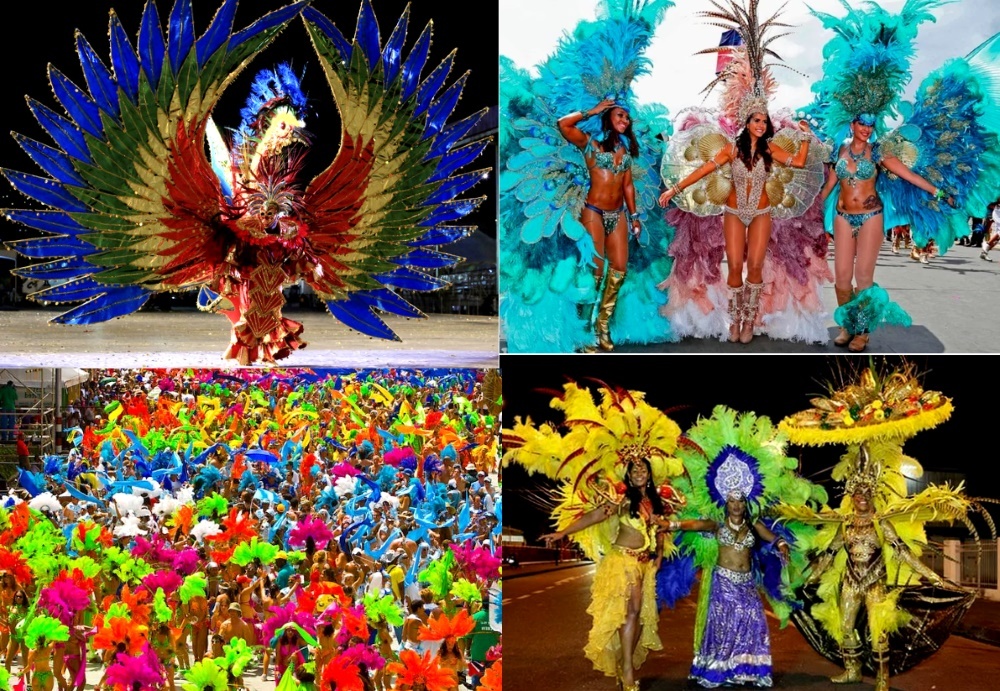 When to go to Trinidad

The average temperature on the island is fairly flat in any season – plus 26˚. During the hot, dry period from February to May, when the sun warms the air to 31˚, fresh trade winds keep the heat off. The rainy interval is the summer months and fall. Another plus is that Trinidad is out of the devastating hurricane zone.

You just have to visit this island to fully experience the tropical charm and exotic flavor of the chic atmosphere. The magical Caribbean Sea merging with the azure of the sky, top-notch service, and plenty of attractions will make even a short stay in Trinidad unforgettable.