Not for the faint of heart: 10 the scariest places in the world

If you think that there is nothing scarier than Dracula’s Castle in the world, then you read a lot and travel little. Island of dolls, the cemetery of hanging coffins, the forest of suicides – ELLE picked up the top 10 most scary places in the world, visiting which can not only expand your horizons, but also deprive you of sleep.

Nazca is the name of a town and desert plateau in southern Peru. The tiny town of 27,000 people is constantly swarming with tourists. Some want to look at the mysterious drawings left on the dry desert soil, others want to visit the Chowchilla Cemetery. Sprawling in the suburbs of Nazca, this necropolis is literally open to visitors. Imagine large pits lined with sticks in which the dead sit. Amazing embalming technology has kept the bodies – at least the bones – perfectly intact. Among the inhabitants of Chowchilla, there are plenty who boast lush hairstyles – this despite the fact that the last dead man was buried here 11 centuries ago.

The town on the bank of the river of the same name stands two kilometers from the Chernobyl nuclear power plant. Until April 27, 1986 it was a booming atomic town, all inhabitants somehow or other related to the nuclear power plant. Immediately after the monstrous accident at the plant, almost fifty thousand of its population were evacuated, and the city was turned into a monument. Or rather, a memorial. It has stood empty for more than thirty years, having become a ghastly open-air museum. Apartment buildings, a hospital, kindergartens, schools, playgrounds, a Ferris wheel-all these remained. And not a soul.

The Hanging Coffins of Sagada.

The Echo Valley in the Philippines is full of rocks. There are coffins hanging from them right next to each other. The locals are convinced that the higher the body is, the sooner the dead person will be in heaven. Forcing them to bury the bodies is useless. The tradition of burying the dead in the air has existed for over two thousand years, and how and what the coffins are attached, the locals do not tell – it is a secret.

There are many islands in the suburbs of Mexico City, the most famous, of course, is La Isla de las Muñecas, Puppet Island. In the fifties, a young man named Julian Barrera witnessed the death of a child, a girl who drowned off this island. Barrera kept her doll, and from that moment on the spirit of the dead girl began to appear to him. To placate the spirit, Julian began to hang old dolls found in garbage dumps on the island. And eventually he himself settled on the island. In 2001, after his death (Barrera, like the same girl, drowned near the island), his enthusiastic relatives continued the work. There are many dolls here and together they look very creepy.

The real name of the mansion, located in Transylvania, is Bran, but it is known, of course, as the castle of Dracula, Count Vlad the Fourth, nicknamed the Punisher for his love of impaling his subjects. The castle, built on the edge of a precipice, is one hundred percent the embodiment of Gothic style: gloomy decorations, howling sounds (caused by the chimney, which starts to hum in a strong wind). The main attraction of the castle is Dracula’s bedroom with a huge bed, this is where, according to legend, the owner preferred to drink the blood of his victims. The “house” looks very well-kept, thanks to Francis Ford Coppola, who invested in the reconstruction of the castle when he filmed his adaptation of Bram Stoker’s novel there.

In the Czech village of Lukova, St. George’s (St. George) Church has stood since the 14th century. It became empty in 1968, after a fire broke out during a funeral service and the roof collapsed. A few years ago sculptor Jacob Hadrava, preparing for his graduation work, decided to turn the church into a site for his experiments. And populated the empty building with human statues whose heads were covered with veils. The spectacle is mesmerizing and terrifying. The teachers, by the way, were also inspired and accepted Jacob’s diploma-in this original form.

READ
What to see in Aci-Trezza, Italy

The famous Mount Fuji is not only famous for itself: at its foot lies Aokigahara, a dense forest full of rocky caves. Aokigahara is incredibly quiet and very, very dark. Already in ancient times, the forest was considered the “residence” of monsters and ghosts. And it was here that the inhabitants took and left their loved ones who could not feed them – the infirm elderly and children. Aokigahara’s dark reputation draws people who are inclined to end their lives there. In the past 60 years more than five hundred suicides have been found in the forest – in this sense Aokigahara is second only to the famous Golden Gate Bridge.

Not surprisingly, the Suicide Forest is packed with signs urging would-be suicides to come to their senses. The Japanese believe that once you enter Aokigahara, you can never get out. Therefore, only rescuers looking for those who want to commit suicide, and daring tourists visit it.

The strangest excursions that not everyone can dare (13 photos)

Unusual and life-threatening journeys have been of interest to man for centuries, because adrenaline is the driving force behind many people. We offer you to get acquainted with the strange excursions that are quite suitable for an extreme tourist.

Tour on the ruins of civilization 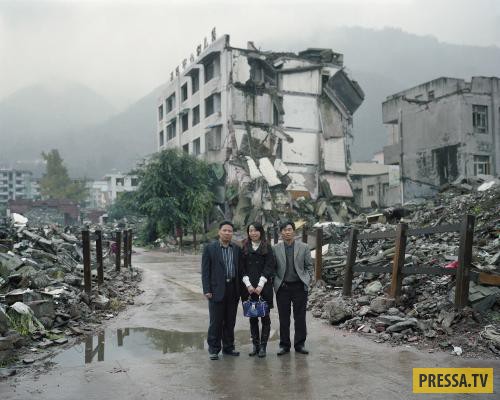 As sad as it is, many companies make money on the destruction and disasters. For example, some companies offer tours to the just happened places of tragedies. This adventure is considered dangerous, as it is not always possible to quickly stabilize the situation and secure the area. In addition, idly observing grief, death and destruction is immoral to say the least.

Journey through the sewers of Paris 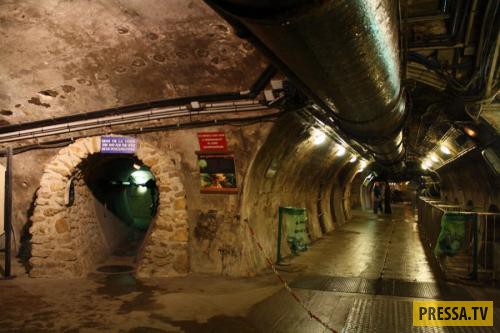 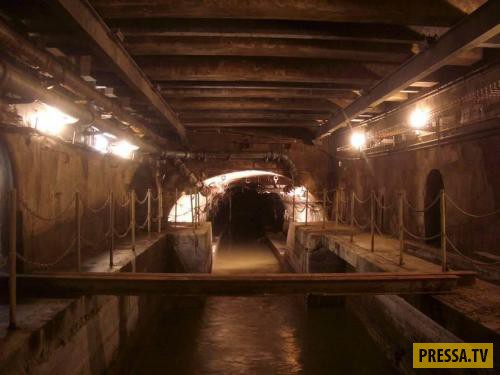 The Museum of the Sewerage shocks unprepared tourists, because there are no showcases or historical exhibits. Visitors are invited to examine the city’s real-life cloaca and learn that the plague and other diseases that plagued the beautiful city may have originated here. A guide leads the group along the banks of the stinking river and tells stunning stories about Paris and beyond.

READ
The most beautiful islands in Greece

A trip to a funeral 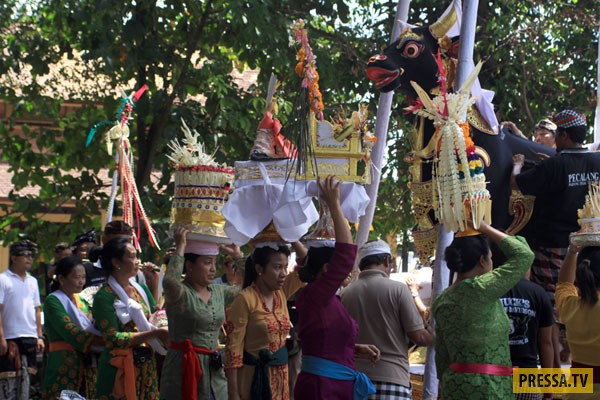 An unusual but completely free tour awaits tourists in Bali, where attitudes toward death are somewhat different from the commonplace. Here at funerals there is fun, songs are sung and preparations are made in advance. Relatives call for tourists to participate in the parade, and will be happy if you take a photo in front of the funeral pyre.

Tour of the Indian slums. 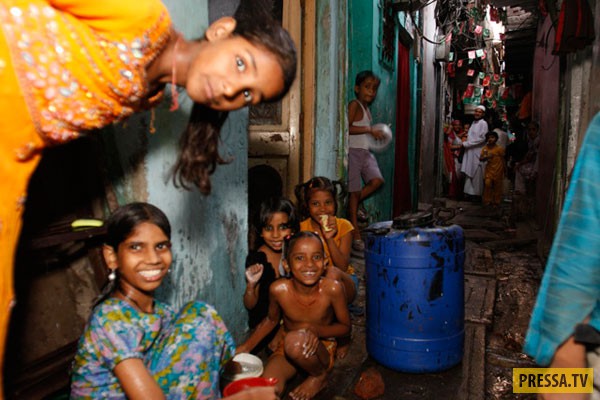 Organized specifically for lovers of contrasts. Many countries have disadvantaged areas, but in India, the poverty of the inhabitants make millions. Tourists, excited by what they see, donate money, wanting to change the situation for the better, and are happy to actually live a happy and comfortable life. The cost of such a tour is $60.

A tour of the red light street. 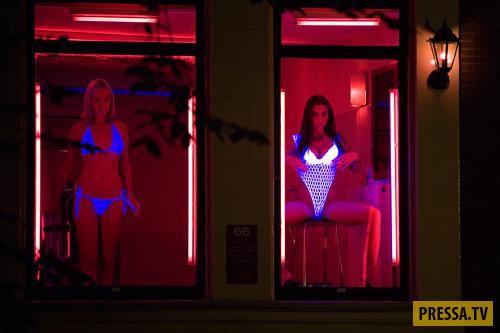 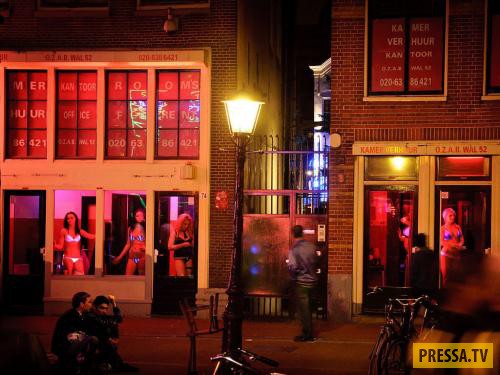 Following in the footsteps of a maniac 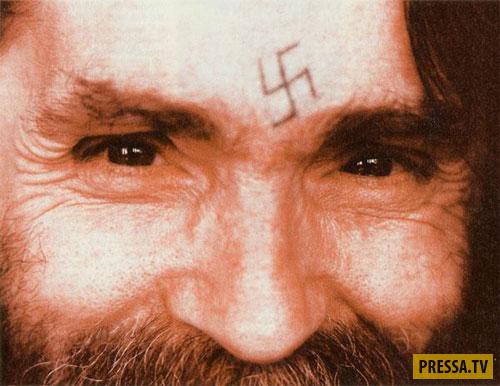 In Los Angeles, you can take a tour in the footsteps of the Manson sect. Tourists are invited to see the places where the maniac killed his victims and the routes he used to leave the scene of the crime. This entire journey is accompanied by gruesome details from the tour guide’s mouth. 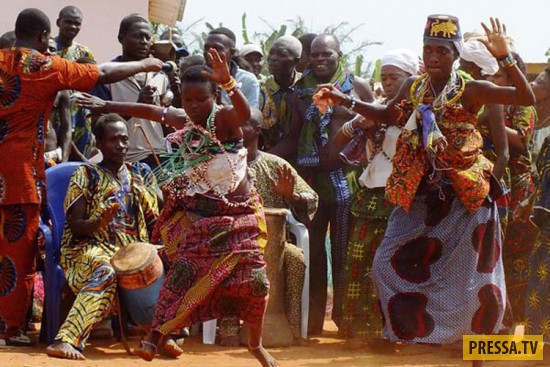 In Haiti, among the few remaining attractions is the local magical tradition of voodoo. Tourists come here to see the priests firsthand and explore this religion, as well as to take part in the ritual sacrifice of an animal. Definitely, this tour is not for the faint-hearted. 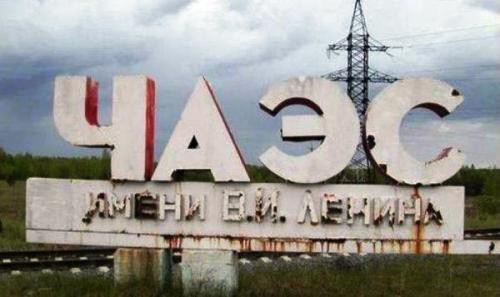 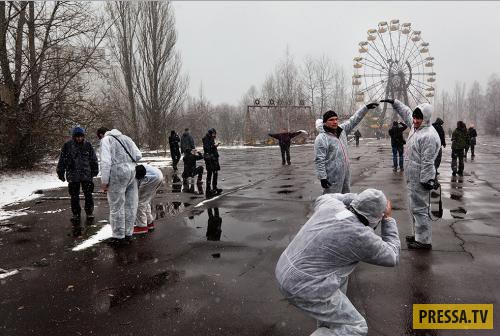 This trip mostly attracts foreign tourists, because only here you can find out what will happen to the world after the atomic war. From the observation deck you can see the notorious Chernobyl nuclear power plant and the sarcophagus around its 4th power unit and take a walk through the radioactive forest. Tour organizers assure guests that a visit to the once forbidden zone today is no more dangerous than going for an X-ray. One such trip costs about 100 euros.

Journey through a Bolivian prison 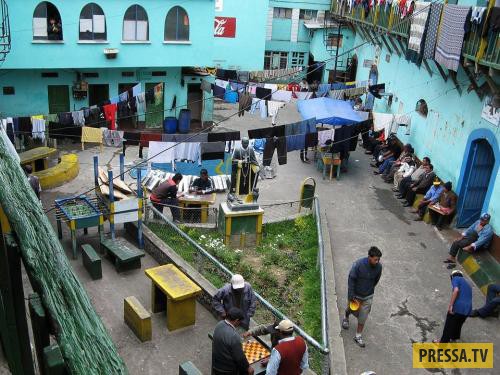 This is the most humane prison in San Pedro – here, prisoners are allowed to live with their families, as long as they pay rent for it. In addition, the inmates illegally give tours, receiving decent money for it. Remarkably, the prison guards are only stationed on the outside of the gate. So such an adventure is considered quite extreme. 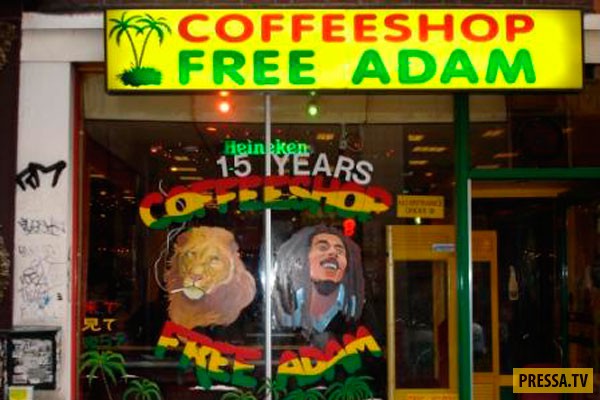 Only in Holland is such a free attitude towards light drugs that relaxing with a joint in your hand is considered almost a symbol of democracy. And Amsterdam for 125 euros you can take part in a very unusual bicycle tour of marijuana. He reveals a whole world of forbidden pleasures, which are simply prohibited in other countries. In addition, you can visit the Museum of Hemp, where everyone can be photographed as a memento of the unusual journey. The guide will tell you quite frankly about the varieties of cannabis, as well as where to buy mescaline and how best to cook hallucinogenic mushrooms.