Edinburgh is the capital of Scotland and one of the largest cities in the northern part of the UK. The city is located on the east coast of Scotland, on the bay of Firth of Forth. The settlement is so beautiful that its new and old parts were listed as a UNESCO World Heritage Site.

The origins of the city of Edinburgh

The first tribe to settle in these lands were the Votadines. They defended themselves against the Romans, and for this they built a fortress, the name of which translates as “The Fortress of Aydin”. The first record of the settlement as a city dates back to 1124, when the ruler David the First founded the Church of the Holy Cross in Edinburgh.

In the twelfth century, the city increased its holdings. In the XIII century, a parliament appeared here, after which it was unconditionally decided that Edinburgh accepts the status of the capital. At first the royal court was located in Holyrood Palace, but in 1603 James VI took the reign and moved it to London. 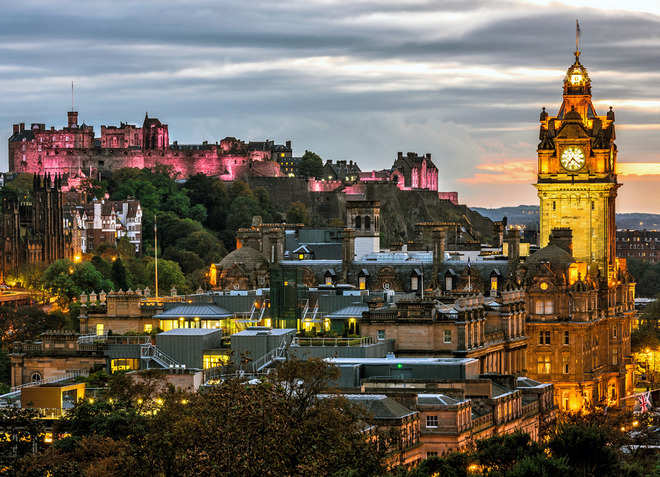 What’s interesting about the city?

Edinburgh is the capital of Scotland, so it is filled with historical and architectural attractions, numerous cultural sites, museums of various significance and galleries. Edinburgh is a very versatile holiday destination, and everyone will find something to interest them.

In the middle of XIX century the population of Edinburgh has grown considerably, largely thanks to immigrants from Ireland, where there was a “potato famine”. Today the city has a population of almost 500,000 people. 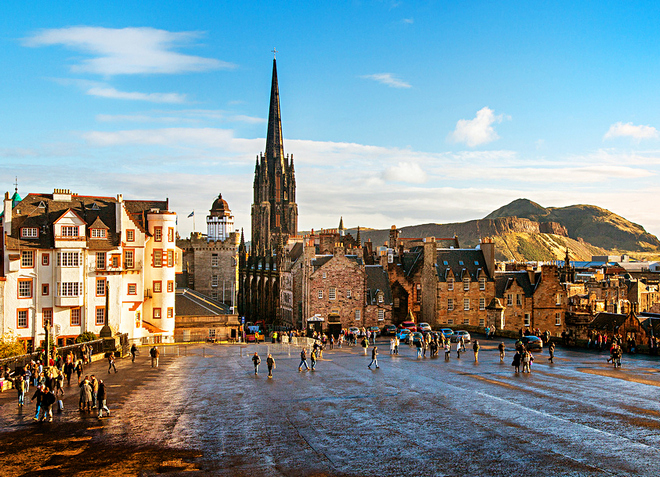 Edinburgh, like the rest of Scotland, has a temperate maritime climate. Winters here are warm enough, with temperatures rarely reaching the -5 ° C mark. In summertime, it averages +23 ° C, due to air currents coming from the North Sea. 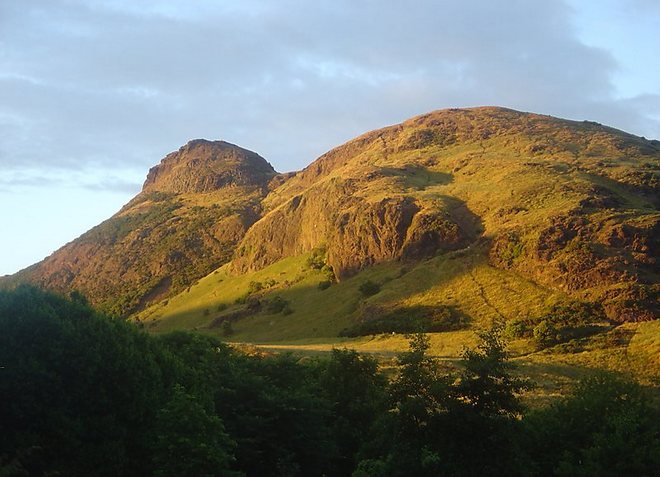 What things to do?

When in Edinburgh, be sure to visit its main attractions: sightseeing is one of the main attractions. Of course, it’s not realistic to see all of Edinburgh in 1 day, but you can. Tourists usually visit:

You can meet all kinds of festivals all year round in Edinburgh. Among the most memorable are the following:

Buying gifts and visiting stores is an integral part of every tourist’s entertainment program. When deciding what to buy in Edinburgh, you won’t have any trouble at all. There is a huge variety of goods, from primitive postcards to designer clothes. As souvenirs from Edinburgh bring Scottish plaids and cashmere, Scottish traditional cookies, soft toys and figurines, as well as traditional costumes, bagpipes and whiskey.

For souvenirs it is worth going to certain parts of Edinburgh. There are many souvenir shops on Princes Street and the Royal Mile. The largest shopping center in Edinburgh is Princess Mall, it is located in the center of the city, where there is an excellent traffic interchange. 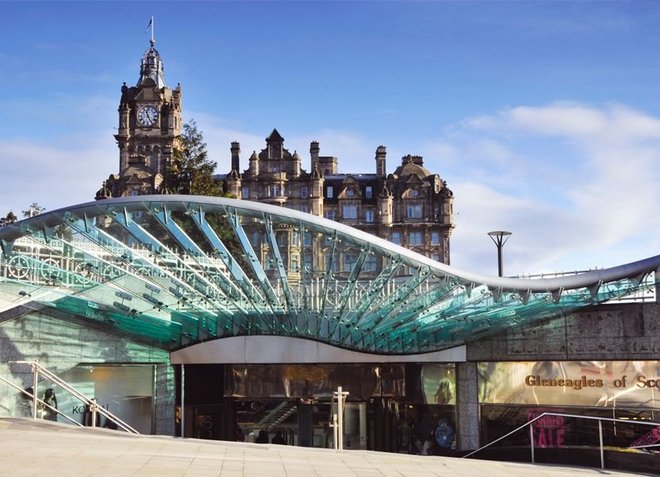 There are many curious facts associated with this city, among which the following can be listed:

READ
10 things to do in one or two days in Dusseldorf, Germany

There is a wide variety of places to stay in the city. The hotels in Edinburgh are the best in Scotland and have a high level of service:

The settlement has a huge number of restaurants and cafes. Some of the best known places to eat in Edinburgh include:

How to get to Edinburgh?

Edinburgh has excellent air links with flights arriving at Edinburgh Airport from many cities in Scotland and elsewhere. There are also bus and train connections. Journey to Edinburgh from London by bus takes 9 hours. It is one of the most advantageous modes of transport to Edinburgh, the departure takes place from Victoria Station. Classic way to travel is by train, which provides the opportunity to admire the nature of Scotland from the car window.

Scotland and Edinburgh: see what you can do in 2 days

Edinburgh is a majestic ancient city and the capital of Scotland. It is also the second most popular city in the UK among tourists, after London of course.

As you know, a visa to the UK is not cheap. And it would be a shame to use it only once. We chose the capital of Scotland – Edinburgh. For us it will also be an extra bonus – a new country to visit. It will be very interesting to compare it with England.

When crossing the border we did not suffer much, in contrast to the first trip, which was to England. I do not know why, whether it was due to a different country or the second entry. Maybe the border guard was in a good mood.

From the airport to the city is fairly convenient and fast. At night the public transport also runs without any problems.

Where to stay in Edinburgh

Inexpensive hostels are found in the Cowgate Area, while a good selection of hostels and family-run hotels are found along Newington Road, a twenty-minute walk from the Royal Mile.

The hotels we ourselves have stayed in and can safely recommend:

Allison House 17 is a ghosthouse located on Newington Street, on weekdays it sometimes has very cheap rooms from £30. Rating by reviews is 8.1.

You’ll find the best “things to see” in Edinburgh in the Town (Old Town), a medieval part of Edinburgh with the famous Royal Mile.

New Town (New Town) is the other half of the historic center. This district deserves its prefix “New” for the buildings constructed in 18th century. There are a large number of stores, restaurants and entertainment venues.

A must-see in Edinburgh is the “Royal Mile”. It is a succession of streets in the center of Edinburgh, one of the main attractions of the city. Its length is exactly one Scotch mile – 1,800 meters. It begins at Holyrood Palace and goes up to Edinburgh Castle.

From the first second the city impresses with its architecture. These are medieval buildings of time-darkened stone, sometimes with small spires.

Wandered into one of the courtyards – as if you were in a fairy tale. Not for nothing it was in Edinburgh, Joan Rowling was inspired and wrote the famous “Harry Potter”.

Along the street are often found small stores where they sell the traditional candy Fudge. This is the kind of toffee with milk added, comes in different flavors.

In some you can try for free and even watch the process of making.

To be honest, the taste reminds us of our candy “Cow”.

The obligatory attributes of Scotland are bagpipes and the man in a skirt.

In fact the men in skirts are not met very often. For a Scotsman the kilt is more of a holiday attire. We got into town during the Scottish-Welsh rugby game, so there were many dressed up in the streets, judging by the excitement and hotel prices – it really is a national holiday for them.

READ
India: wonderful places worth seeing at least once in a lifetime

Bagpipes could be heard on almost every corner of the tourist center. On one side the bagpiper gives a street concert, and on the other side the melody comes from the souvenir stores to create the appropriate atmosphere.

Tartan is the national Scottish pattern, most often used in clothing. The color scheme, which has long denoted belonging to a certain clan. This ornament is a hallmark of Scotland. Souvenirs in this color scheme are very popular and very expensive.

Prices for cookies and candy in the gift store.

It seemed interesting that buildings that look like cathedrals are often used as exhibition halls or museums.

A monument to Adam Smith, the Scottish philosopher-economist. Someone put a road sign on it, like a hubcap, and left it that way. Such British humor.

Heading up the street toward the castle.

Scotland is whiskey. The Scotch Whisky Heritage Centre at the top of the Royal Mile is worth a visit and offers whisky tours and tastings for a fee.

If you don’t want to spend money like we did, don’t hesitate to visit the whisky free store at the Royal Mile where you can taste some of the Scotch whiskies for free.

And be surprised at the cost of some of the samples.

Here we came to the impressive Edinburgh Castle, looming over the city on a mountain.

The castle gives a special medieval atmosphere to the city.

From the Royal Mile there is an exit to Victoria Terrace – you’ll find yourself a level above the adjacent street. Or in other words, you walk on the rooftops of Victoria St.

Edinburgh has great elevation differences, which makes the city even more colorful and mysterious.

When you descend from the “terrace” you come to the winding street Victoria St, which turns into West Bow Street.

It’s probably the street that made the biggest impression – colorful houses, a steep, winding descent, and old cobblestones.

Moving toward downtown toward “New Town,” you’ll find yourself on Princes Street. Here is the Scott Monument, which is nothing less than a monument to the Scottish writer Sir Walter Scott. The structure looks more like a cathedral than a monument. The total height of the monument is 61 meters.

Inside is a museum and you can climb to the observation deck of the Monument.

As in England, double-decker buses run here, but not all and not the red ones. It’s also interesting that in the UK, almost all stops are turned away from the road. We assumed that for the safety of people waiting at the stop.

Rose St has a huge cluster of pubs and restaurants. Friday afternoons are so crowded that it’s likely you won’t be able to find a seat. Some venues can’t even push their way to the bar. And that’s despite the price of a pint in the pubs starting at £5.

There is a very touching and sad story associated with this monument.

Greyfriars Bobby was a sky terrier who rose to fame in the nineteenth century after guarding the grave of his deceased owner for fourteen years, until his own death on January 14, 1872.

There have been several books and two movies based on this story.

It became interesting to see the sea. It took about 30 minutes to get by bus from downtown.

As expected, in early spring to do there is nothing special and it is cold. In the summer, they say, there is a good beach and you can swim.

The wind is strong, but locals don’t wear hats. It is in their blood to be frost-resistant. Or is it all about the whisky?

The weather here changes very sharply and often. After a bright sun literally for 5 minutes the sky was overcast and began to rain, and then hail. For a reason, one of the popular souvenirs here is an umbrella.

Take this peculiarity of the climate into account when preparing a trip to Edinburgh.

Edinburgh is a new undiscovered world for us, which we want to explore again and again. After the first visit, only one thing became clear – how much we missed it.