Within a year, to visit the land of Finland has about 3 million Russians . Stability, the lowest level of corruption among the European Union countries, beautiful nature, rich shopping opportunities – this is not a complete list of the reasons giving rise to an active demand for hot tours to Finland, the cost of which is so small compared with the received impressions and practical results of the trip.

The most popular routes in the Finnish territories are laid through the province of Varsinais-Suomi, its administrative center of Turku, which had the status of the capital of the country until 1817. The port city is situated at the confluence of the Aurajoki River into the Baltic Sea, or more precisely, its part called the Archipelago Sea . The number of islands near the Finnish coastline exceeds 50,000: 257 islands with an area of more than one square kilometer and 18,000 with an area of at least 0.5 hectares. The smallest island “fraction” is an ordinary stone sticking out of the water. 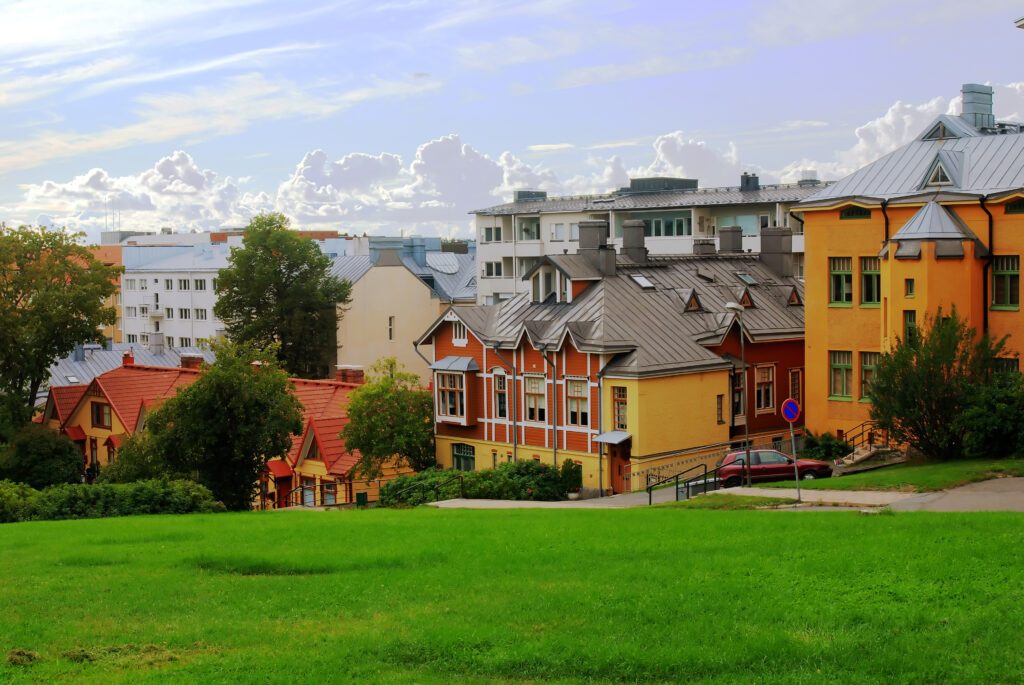 History of Russia and Finland are most closely intertwined during the accession of the Grand Duchy of Finland to the Russian Empire from 1808 to 1917. Meanwhile, contacts between the two countries have also been frequent, although not always friendly. The Finns received their sad experience from the beginning of the 13th century, marked by the territorial claims of the Russians, who tried to impose Orthodoxy on the border areas. Black pages of Abo-Turku history are connected with military campaigns of Peter I in the beginning of XVIII century, there are also negatives of more modern times.

Abo, just under the Swedish name Turku was mentioned in Russian documents until 1917. The history of the city itself, as well as more ancient settlements in its place goes back centuries. Remains of an ancient chapel were found during excavations on Ristimäki Hill in the county of Nummi-Halinen, and researchers believe that the name Turku has ancient Slavic roots. In general, the history of Abo Turku is very dramatic with territorial conflicts between neighboring countries, epidemics and fires.

READ
The Castle of Roccascalenia. Italy

Among the witnesses of distant eras is Turku Cathedral, more than 7 centuries old, and the ancient street, which has retained the name of Monastery Street. On the Old Square in July every year there is a folk crafts fair and theatrical festivals. Modern rhythms during the July rock festival can be heard on the island of Ruissalo. It is famous, among other things, for the “heavy karaoke” of fans singing hits with their favorite bands. The magnificent Botanical Gardens of the University of Turku tourists find here on the island. 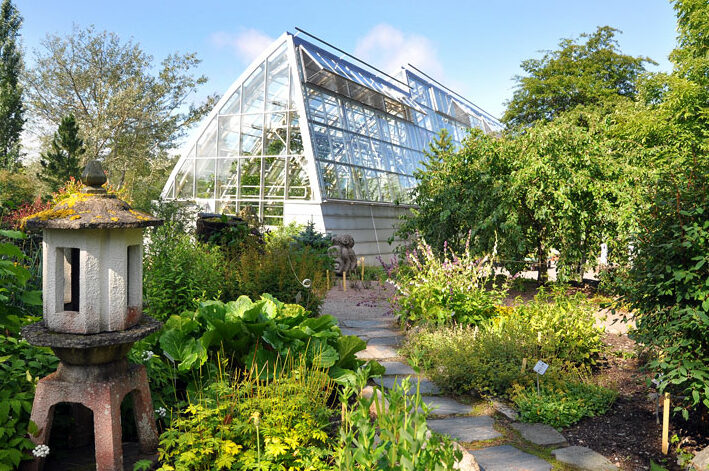 At the mouth of the river Aurajoki rises the ancient fortress castle of Abo, built as a defensive structure, raised to the status of the residence of the Swedish king, and later used as a prison, warehouse, military arsenal and barracks. Since the late 19th century, the castle has housed a museum. In addition to medieval fires, the history of its devastation includes the Soviet bombing in 1941. Not far from the castle is a museum of seafaring and shipbuilding Forum Marinum, one of the many Turku city museums. 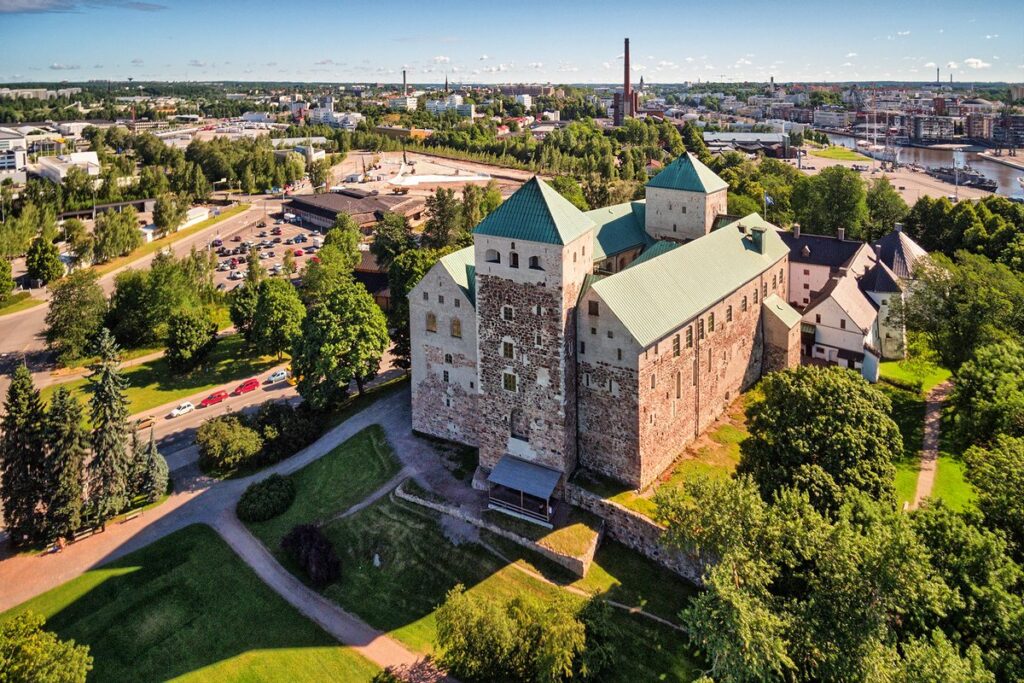 Travel to Turku is of interest to all categories of tourists, as it includes a variety of purposes: history, entertainment, travel with children, shopping tours. Often familiarization with Finland is combined with inexpensive tours to Sweden, Denmark or Norway. Weekend tours are also popular. Hospitable cities of the Land of a Thousand Lakes (or rather, almost 189 thousand) and friendliness of its residents leave the most pleasant impression.

This internet site is for information purposes only and all the information on it is not a public offer as defined by the provisions of Article 437 (2) of the Civil Code of the Russian Federation. For detailed information on availability and pricing please contact our sales managers.

I hereby, as a customer of tourist services included in the tourist product, and an authorized representative of the persons (tourists) named in the Application, consent to the Agent and its authorized representatives to the processing of my data and data of persons (tourists) contained in the Application: surname, first name, patronymic, date and place of birth, sex, citizenship, passport series, number, other passport data specified in the passport; address of residence and registration; home and cell phone; e-mail address; As well as any other data concerning my person and the persons mentioned in the Order, to the extent necessary for the implementation and provision of tourist services, including those included in the tourist product formed by the Tour Operator, for any action (operation) or set of actions (operations) performed with my personal data and data of persons mentioned in the Order, including (without limitation) collection, recording, systematization, collection, storage, clarification (update, change), extraction, use, transfer (dissemination, distribution, and supply) of my personal data.

Personal data is processed by the Agent and its authorized representatives (by the Tour Operator and direct service providers) for the purpose of executing this contract (including, depending on the terms of the contract, for the purposes of issuing travel documents, booking rooms at accommodations and carriers, transferring data to the consulate of a foreign country, resolving claims when they arise, providing information to authorized state bodies (including at the request of courts and on

I hereby confirm that the personal data submitted by me to the Agent is reliable and can be processed by the Agent and its authorized representatives.

I hereby give my consent to the Agent and the Tour Operator to send me e-mails/information messages to the e-mail address and/or cell phone number specified by me.

I hereby confirm that I am authorized to provide the personal data of the persons specified in the Application and I undertake to reimburse the Agent for any costs associated with my lack of authority, including losses associated with sanctions of inspection authorities.

READ
Northland - one of the regions of New Zealand

This consent is given for an indefinite period of time and may be withdrawn by me at any time, and in the part concerning a particular person, the subject of personal data specified in the Application, by the specified person, by sending a written notice to the Agent by post.

I hereby confirm that my rights as a subject of personal data have been explained to me by the Agent and I understand.

I hereby confirm that the consequences of withdrawing this consent have been explained to me and understood by the Agent.