Tourist Stereotypes about Finns and Finland

In today’s time of ongoing epidemics and crises, people are constantly bombarded with various shocks and stresses. Many, sitting at home, have already forgotten what a happy life. Finns have found an easy and affordable way to regain peace of mind and resilience in modern life. The way was simple enough – a constant physical activity , that is to do exercise all the time, every hour, every free minute. Finns even in twenty-degree frosts ride their bicycles to work, and after sauna bathing in the Baltic Sea, and of course skiing, mountains and hiking in the woods. No mountains, you can give up the elevator and walk up to the 22nd floor. Even ordinary household chores, such as cleaning your room or washing the windows, can be turned into exercise. The consequence is a steady strengthening of the psyche.

After only a few weeks even the weakest, melancholic people with low self-esteem become active participants in life with a healthy blush on their cheeks. Sleep improves, the whole body feels strong, all stress and depression are gone forever. There is a sense of pride in yourself and a sense of satisfaction with your actions. Even a simple collection of mushrooms and forest berries reduces the development of coronary heart disease and diabetes, slows down the development of osteoporosis and neutralizes all depression. When a person is healthy, it is not necessary to talk about it, it can be seen by the shine in his eyes and athletic gait. 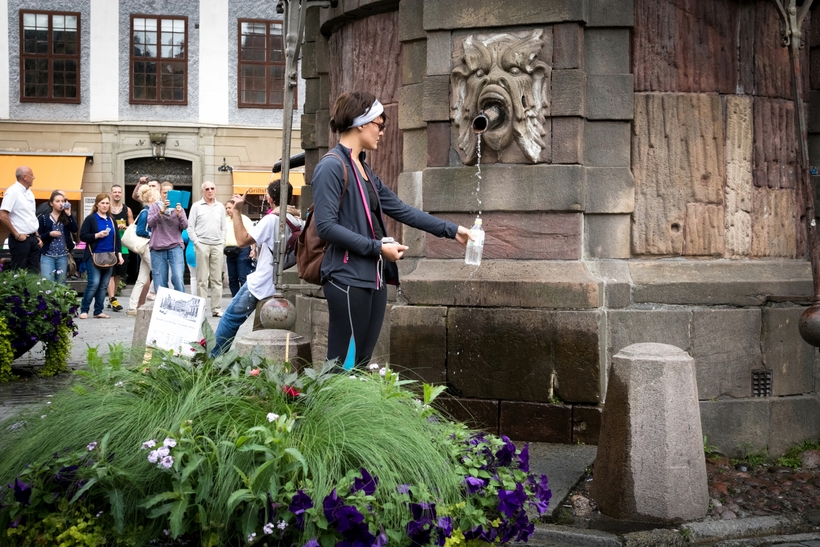 Tourist stereotypes about Finns and Finland

But at the beginning of this path, of course, it is necessary to show willpower, to force yourself to exercise, get rid of a sense of helplessness, just once wake up and jump in the sea.

Hardening and strengthening the physical body, hardens and strengthens the spirit. At the same time the mental strength and self-confidence grows. One way or another, but all life in this country is constantly associated with movement. The second way to deal with trouble is to do something with your own hands. All Finns are master craftsmen. This is due not only to their excessive sense of thrift and economy, but also to their desire to improve their self-esteem: “I was able to do it (fix it), so I am able to do more.

READ
The sights of the island of Funen in Denmark

All Scandinavians have been brought up in a bathing culture since childhood. In the bathhouse everyone is undressed, nudity ceases to be something special, so a healthy and slender body is normal and natural for them. There are no privileges in the bathhouse, the director of the company sits next to the worker. An old Finnish proverb says: “The woman is never more beautiful than after the bath. And we are talking not only about a healthy glow, but also the inner goodness and beauty, they appear thanks to the Finnish steam. According to the Finnish Sauna Society, regular use of the sauna relaxes muscles, reduces mental tension and physical fatigue, improves blood circulation, provides a deeper sleep, increases resistance to disease, removes toxins from the body and thus rid man of all unnecessary and superfluous. 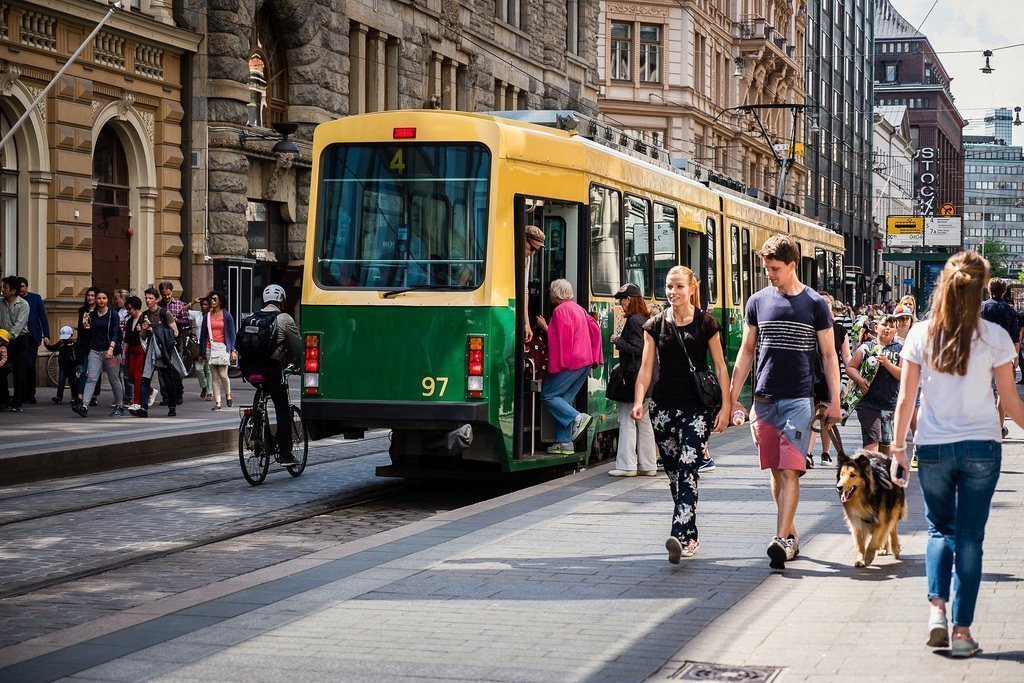 Tourist stereotypes about Finns and Finland

Scientific studies have shown that Finnish saunas stimulate the secretion of endorphins in the body and therefore relieve pain. Sauna is also a great place to socialize with each other. A good sauna is even said to prevent dementia. Finns use both their home and public saunas. And then, of course, as always, with his head in the Baltic Sea.

Cold baths are also good for the body, they lower blood pressure, relieve muscle tension in the neck. And, of course, a huge amount of endorphin, serotonin, dopamine and oxytocin. And after all these treatments, everyone gathers at the bar.

Finns are a nation of gatherers and hunters . They grew up in the woods, for them to work on the land is a pleasure. For them, well-being and a good, healthy sleep is a normal life. A car is a luxury, a bicycle is commonplace. That’s why the roads here are very good, and there are no traffic jams and everyone is healthy. Despite the fact that Finland is a cold country, yet it is estimated that Finns spend much more time outside than, for example, the Poles. In the morning they go to the woods to pick mushrooms, then to dig in the garden, two hours of fishing, and in the evening to relax, they go on a boat in the middle of the lake to watch the sunset. 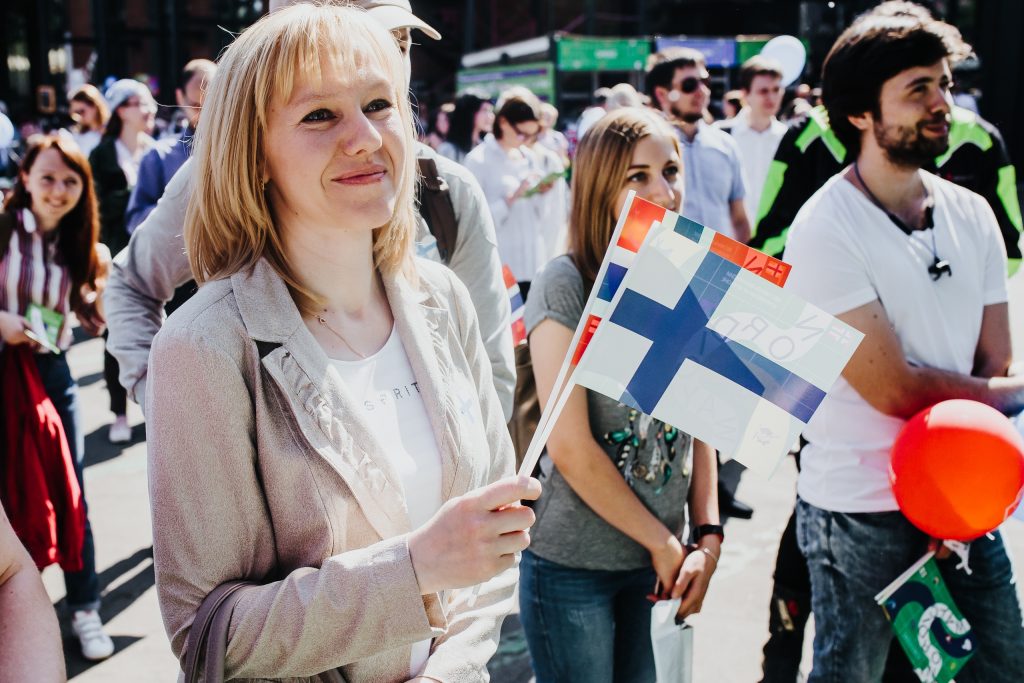 Tourist Stereotypes about Finns and Finland

Here are some tips that Finns give to all people.

Certain stereotypes are ingrained in everyone’s mind: about countries, cities, places and, finally, about people, more precisely about nationalities. Stereotypes are born before us, they stem from the culture of the people, or rather a different view of people’s lives. Before we travel, we have a baggage of stereotypes that someone has imposed on us: The media, colleagues, friends, and so on in a vicious circle. 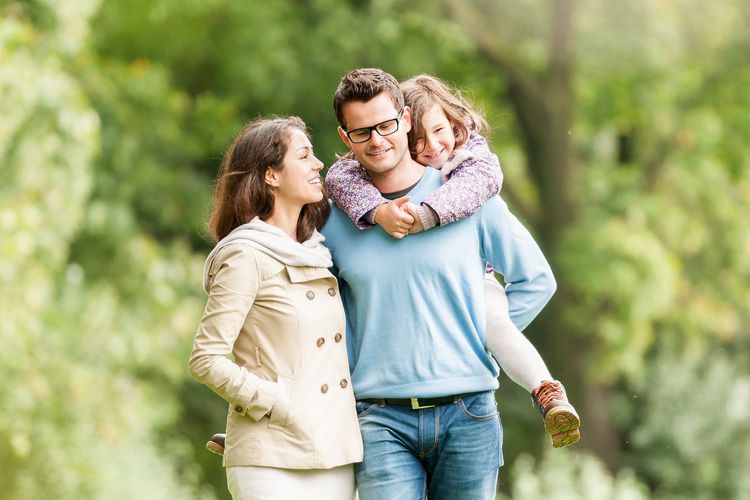 A stereotype is as if it were a true opinion, taken from the observations of a large number of people. Some stereotypes coincide later with what we have seen, but the opposite happens. Therefore, we will look into this issue and find out: which stereotypes are worth trusting and which are not.

There are some stereotypes that are lodged firmly in our heads, so here’s a list of the most popular ones, and whether we agree with them or refute them.

Finns care about the environment 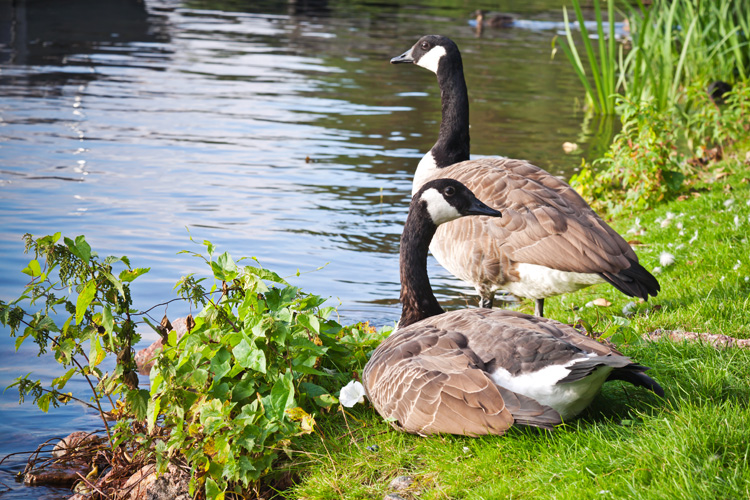 Finns do a lot to improve their country’s environment. For example, by 2050 the Finns plan to rid the center of Helsinki of cars, which will significantly reduce the carbon dioxide in the air.

This is a common cliché about Finns, and it’s completely unfair. Here is an example: compare how fast the border guards at the Finnish border and how Russian border guards are mostly slow. There are exceptions, but still. Besides, have you ever thought about the fact that Finns use this stereotype to their advantage. When Finns in business negotiations (as you think) think for a long time, in fact, they analyze the situation and deliberately make the opponent impatient, making him nervous and showing not the best side. It is also worth mentioning that Finns talk fast, sometimes it is even difficult to understand what language is being spoken. Agree that slow people do not behave that way. 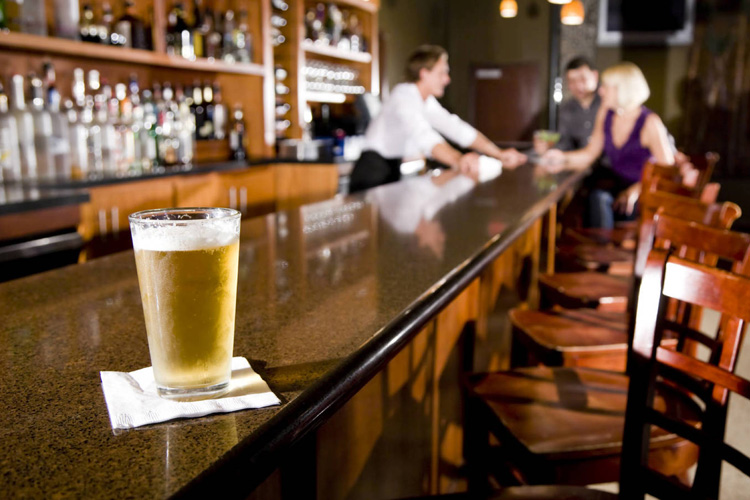 It is believed that Finns are lovers of stronger drinks and can even “drink too much” and Russian frequenters. But in fact, Finns are fans of soft drinks: beer and cider. In recent decades in Finland, a lot of social programs aimed at improving the health of the nation, so the level of consumption of alcoholic beverages is falling. But coffee is consumed in large quantities. On average, one resident of Finland drinks approximately 12 kilos of the invigorating drink in a year!

The stereotype goes back to Scandinavian legends, when Finns were often seen as the inhabitants of dungeons and dark woods. But that’s the legends and life is something else entirely. Finns are rather modest and always control what they say and do so as not to “lose face. A Finn must be sure that he has some knowledge and skills before he tells or shows you anything. That said, if you ask for help, the Finn will be ready to help and all modesty will dissipate in an instant.

Finns are not sociable. 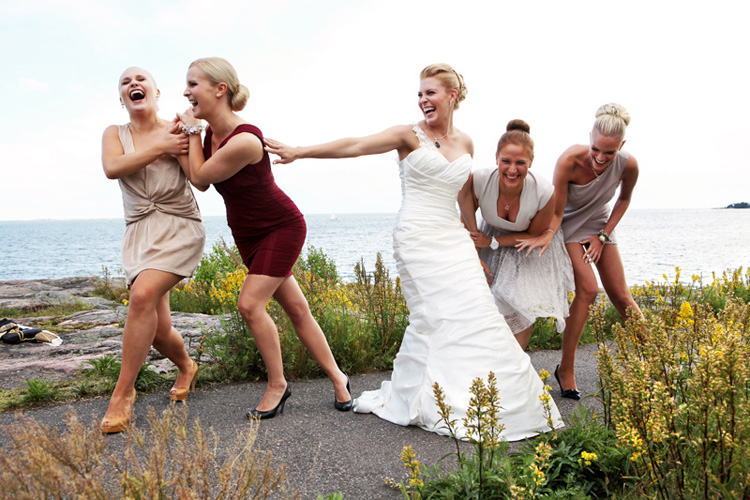 It is a popular joke among Finns, “When you are talking to a Finn, the introverted Finn looks at his shoes, but the extroverted Finn looks at your shoes. As you can understand, the joke is ironic, but there is some truth in it. Don’t expect a frank conversation from a Finn, it is customary to talk to strangers only on general topics. But if you become friends with a Finn, you know that your friendship will last forever.

Paradoxically, how does slowness combine with speed? An explanation is required here. Finns are excellent racers, this conclusion can be drawn from the many famous racers. And on the roads of Finland, not everyone respects the speed limit, that is not all slow. But daredevils on the roads are rather the exception to the rule.

As it turns out, we know a lot of stereotype daredevils, but what do we know about stereotypes that aren’t on the radar? 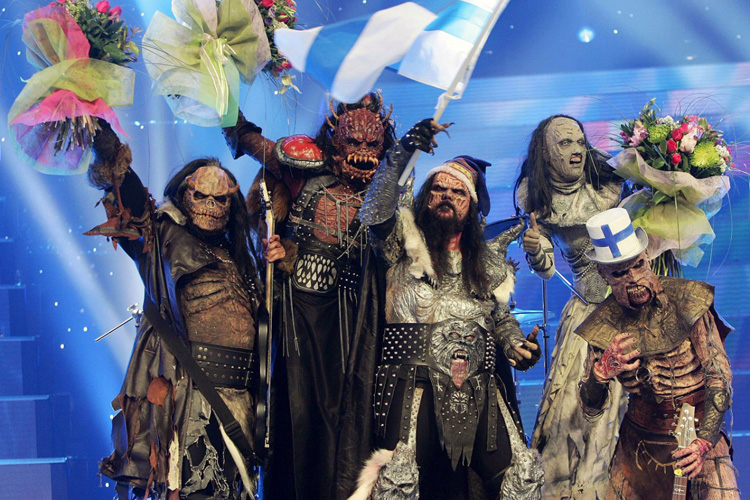 Finns have a good sense of humor and they can’t get enough irony. At the stereotypes about themselves: the Finns like to both laugh and joke.

In Finland there are many curious competitions. Popular is the wife-wearing contest, where the winner gets as many liters of beer as his wife weighs. Or competitions in throwing cell phones, swamp soccer. The Finns also like a music contest, if I may say so, in which they play air guitar. 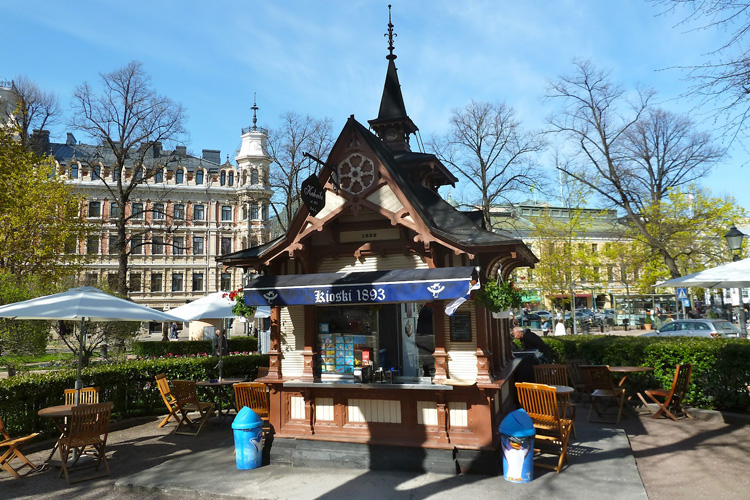 Finns often have small home businesses: cafes, souvenir shops, craft stores and so on. So there are traditions and a special attitude towards family businesses in Finland.

Every year 14,000 titles are published in Finland, of which 4,500 are new books. Only Iceland publishes more books per capita. 80% of Finns buy at least one book a year. 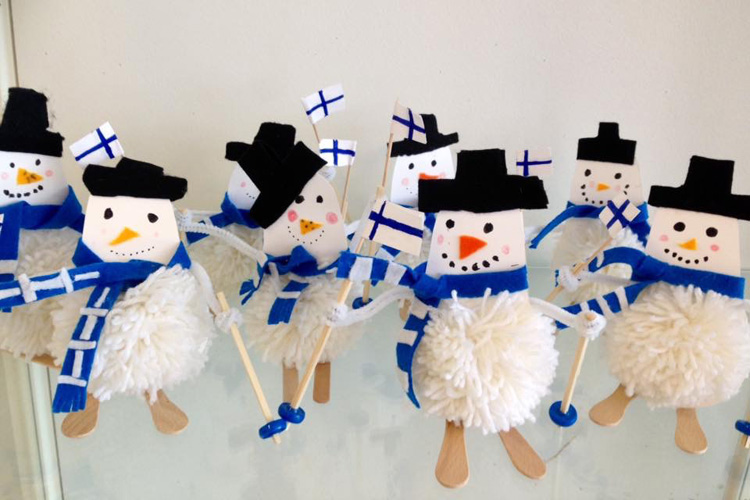 One of the most patriotic nations is considered to be Americans, who necessarily have a flag or any other national paraphernalia hanging in every home. Finns are also a patriotic nation that cherishes traditions and history. The attitude toward artifacts alone inspires genuine admiration. It is also worth saying that the Finns used until the last national product – phones Nokia, even when there were other modern phones, a true Finn chose their own products.

Finnish humor is similar to the famous liquorice candy that the people of Suomi love so much. At first you may find it strange and incomprehensible, but once you’ve tried Finnish jokes, you’re likely to become a big fan.