The most detailed city review with photos. What to see and do in Torun: main sights and interesting places, gastronomy, history and map.

The city of Torun (Poland).

Torun is one of the oldest cities in Poland, founded in the 10th century. It is located in the north of the country on the Vistula River. It is the birthplace of the great Nicolaus Copernicus and one of the capitals of the Kuyavian-Pomeranian Voivodeship. Torun is called “Krakow of the North”. The city is famous for its magnificent old German-Polish architecture and authentic historical sites, which were not affected by the world wars.

The true gem of Torun is the Gothic architecture of the old town: ancient cathedrals, the town hall, the ruins of the first Teutonic castle in Poland, the Gothic tower, numerous historical buildings and the preserved city defensive walls with gates and towers. 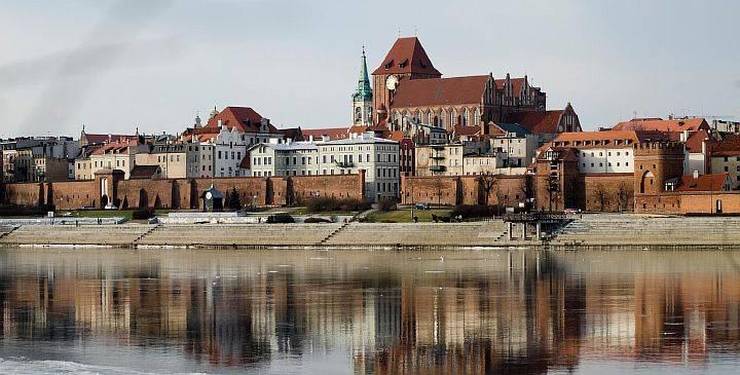 Toruń – the “gingerbread capital” of Poland

Torun is called the “Gingerbread Capital” because gingerbread men have been baking here since the 14th century. And now you can taste the famous Torun gingerbread, which is made according to traditional recipes. It is one of the symbols of the city and a great souvenir. The main feature of gingerbread is not only the traditional taste, but also the beautiful figurative shape. 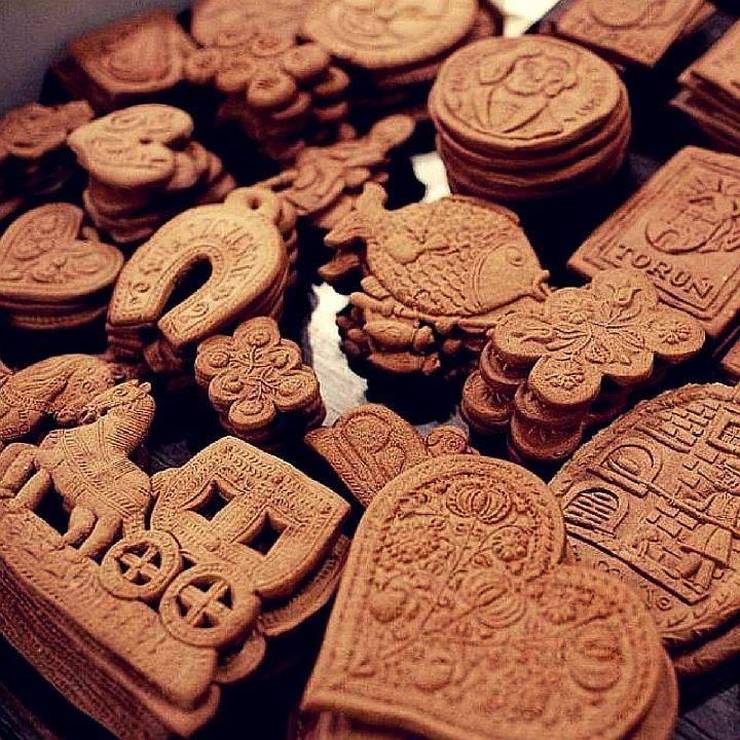 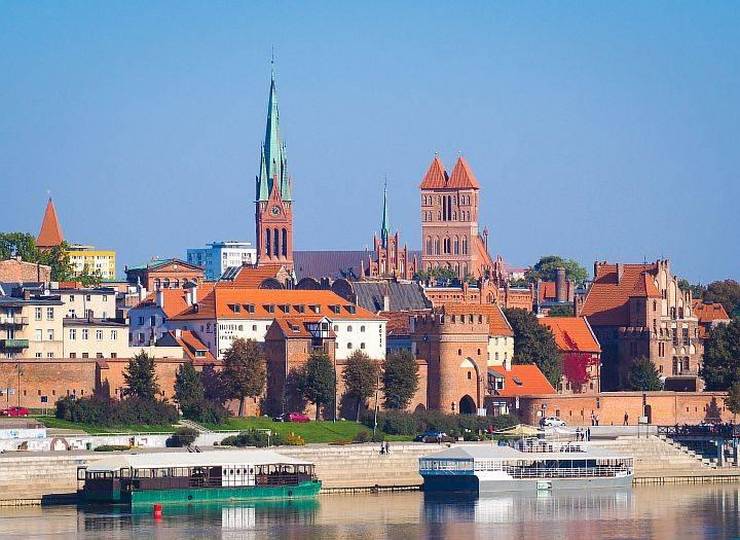 The history of Torun begins in the 10th century. At that time there was a small medieval settlement, which already in 1233 received city rights.

In 1231 with the founding of the Teutonic Order, the city quickly became the largest in the state. It was here that the Teutonic Knights built their first fortress in Poland. Torun quickly became a major center of the Hanseatic League, where trade took place between Poland and foreign countries, as well as a cultural and artistic center of the Teutonic Order. During the whole existence of the Teutonic Order, the city played an important economic and political role in it. In the second half of the 15th century after the Polish-Tewtonian war the city came under the Polish kings as a part of the autonomous province of King’s Prussia. This province had its own currency and wide privileges.

READ
15 fabulous new hotels to add to your wish list 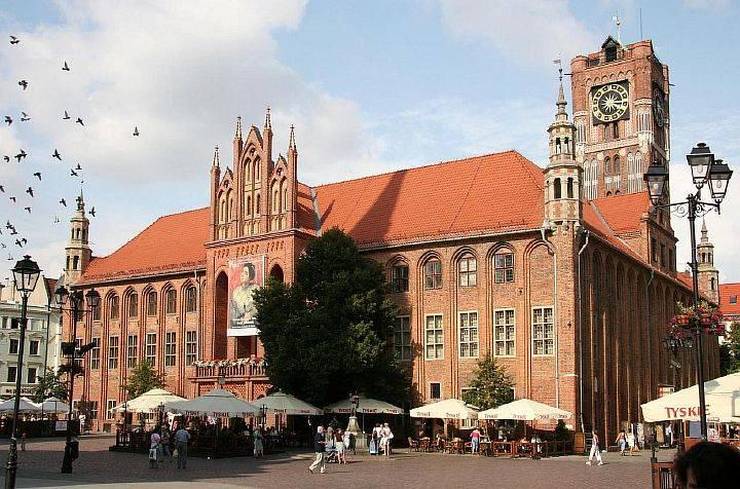 During the Reformation and Renaissance the city did not lose its position (despite the transfer of the leading role in the region to Gdańsk) and remained an important center of culture and science.

In 1473 the great Nicolaus Copernicus, the author of the heliocentric system of the world, was born in Toruń.

At the turn of the 16th-17th centuries Torun experienced its second golden age. Trade and crafts flourish here. The city is rich, built and grows. German Protestants and Polish Catholics live here side by side. In 1724, growing religious tensions led to a clash between Catholics and Protestants, which led to executions, deterioration of relations between merchants and nobles, and unrest. These events proved devastating to Torun’s prosperity. The royal and Saxon armies plundered the city time after time.

After the second partition of Poland in 1793, the city of Torun was annexed to Prussia. Soon after the partition, King Frederick II of Prussia and his successors welcomed the development of Bydgoszcz, as an economic counterweight to Torun and Gdansk. Because of political considerations Prussia further sought to prevent the development of the city. 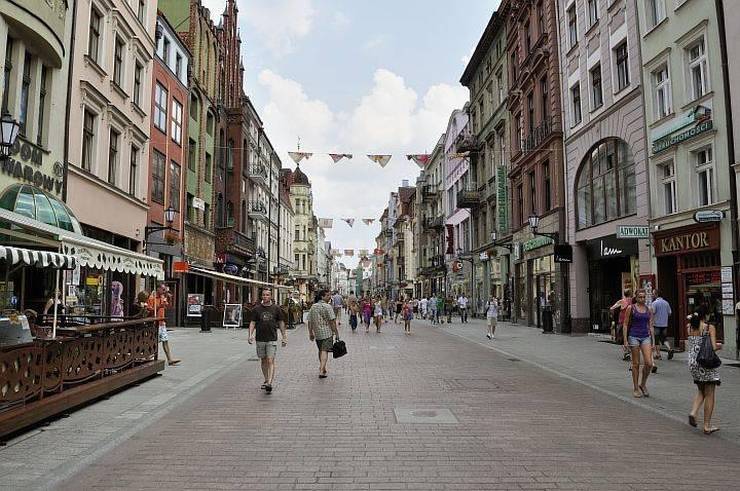 The streets of Torun

At that time the wealthy merchant city turned into a provincial fortress on the border of two empires – Prussia and Russia. During the Napoleonic wars the city was captured by Bonaparte’s army and served as a garrison and hospital. After Napoleon’s defeat, Torun was handed over again to Prussia, which in the 19th century turned the city into one of the largest and most fortified fortresses in Europe. At the end of the 19th century the city was a bastion of Polish national consciousness (the movement against Germanization and separation from Prussia). In 1920 the city finally became part of Poland. During World War II Torun became the center of political life in Pomerania. After World War II the status of the capital of the province was transferred to Bydgoszcz.

Currently Torun is a major tourist and economic center of northern Poland. Its population is over 200 thousand people.

The best time to visit Torun

You can visit Torun at any time of year. Only you should note that the peak tourist season is in May, June, July and August, when the weather is the best. At this time in the city a lot of tourists and prices are higher. If you plan to visit the city a little saving – we recommend April and September-October.

Philadelphia Avenue in Torun is a popular stroll for locals and tourists alike.

In Torun it is easy to choose accommodation for all tastes and wallets. There are over 40 hotels in Torun. Most hotels are located in the historic center of the city or within walking distance of it. There are budget hostels and hotels for especially budget travelers. Accommodation must be booked in advance. We recommend that you book hotels in the historical center. 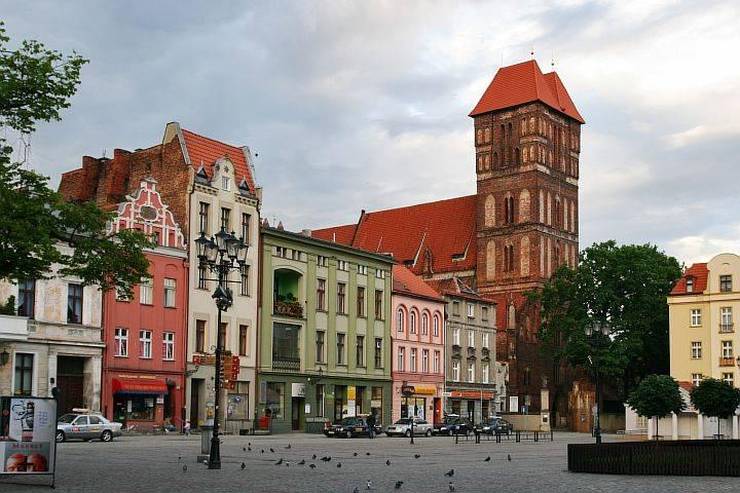 Torun has many eating establishments, from Polish and European restaurants to fast food. 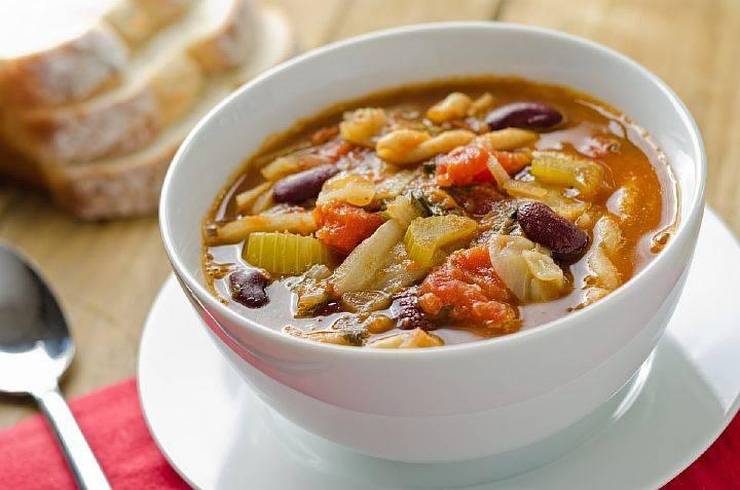 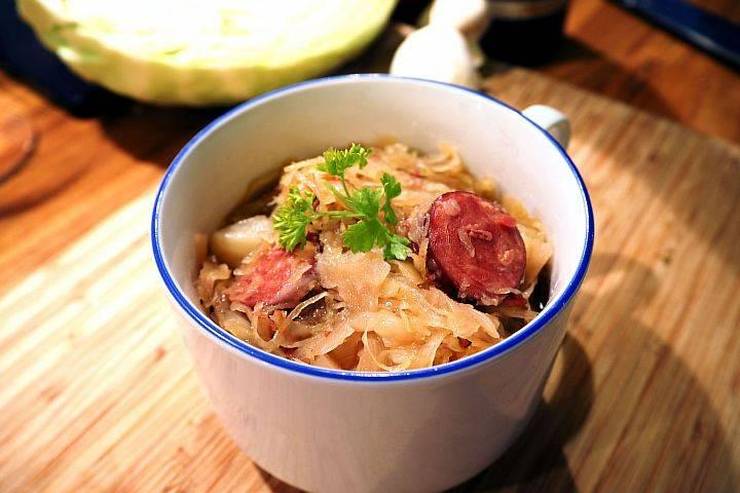 The most famous native of Toruń was a great scientist who laid the foundation of the modern world system. Streets and universities are named after him, and museums are dedicated to him and his life. The Copernicus Museum is located on Ul. Kopernika 15/17 in the house where the famous scientist was allegedly born (although this fact is not 100% confirmed). These are two old Gothic buildings from the mid 14th century. You will find exhibitions devoted to Copernicus, as well as displays of old interiors from the late Middle Ages. 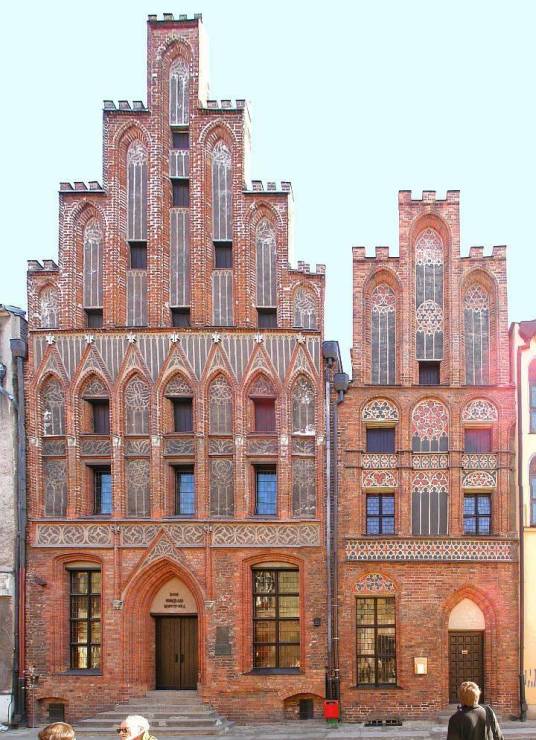 The historic center of the city is a UNESCO World Heritage Site. A number of historic buildings and Gothic masterpieces have been preserved here. Its layout has remained unchanged since the Middle Ages, and today we can still admire the old buildings and streets of the 13th-16th centuries. Most of the buildings are made of brick. There are about 550 historical sites preserved here. 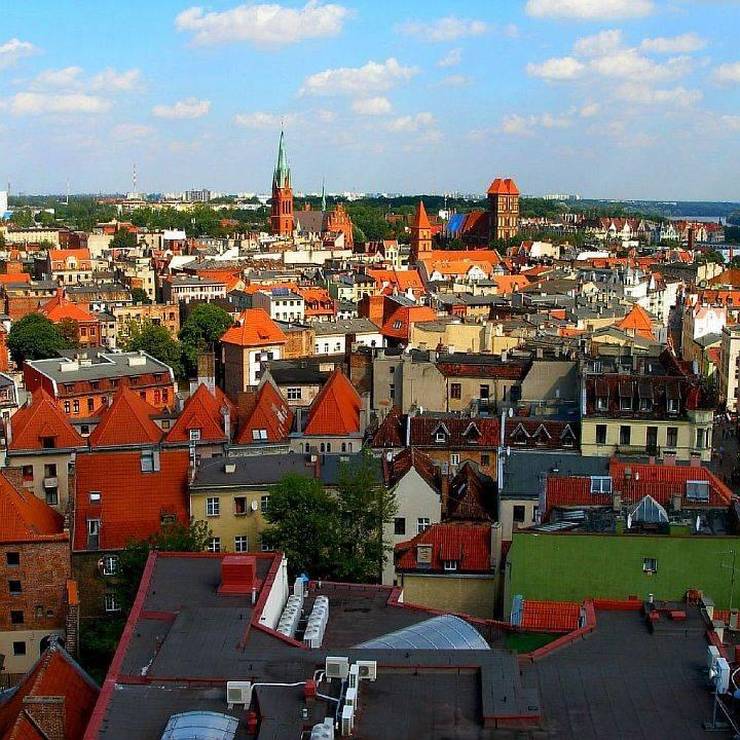 The main architectural landmark is the Old Town Hall – an impressive Gothic building, one of Poland’s largest town halls. Its construction dates back to 1274. Today it houses a museum with collections that perfectly reflect the city’s former glory and high artistic culture. 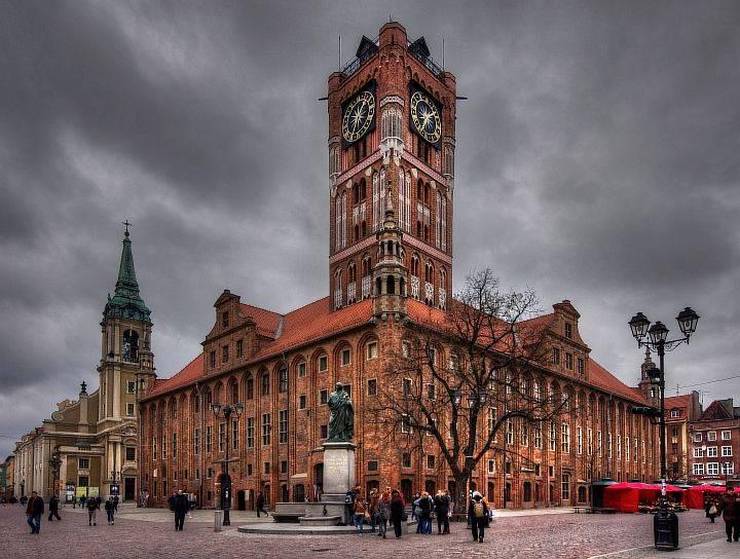 We recommend that you take a look at the Old Town from the other side of the Vistula River. From there you can enjoy one of the most beautiful panoramas of the city, especially at night. 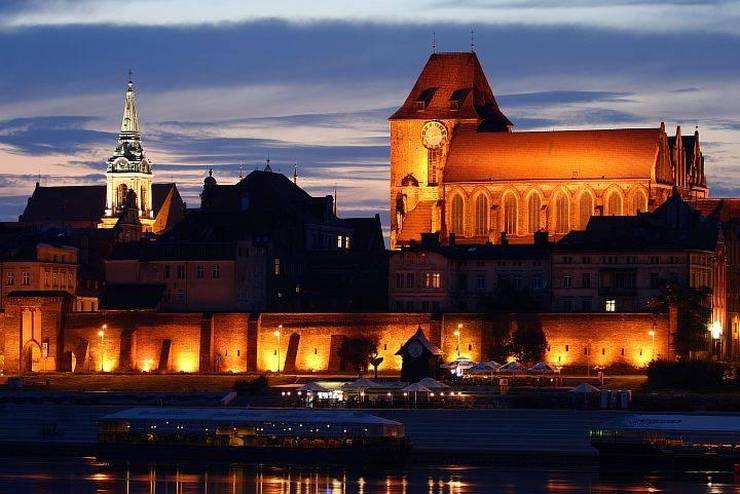 Nicolaus Copernicus University is one of the oldest and biggest universities in northern Poland. The University has 16 faculties with 32,000 students. 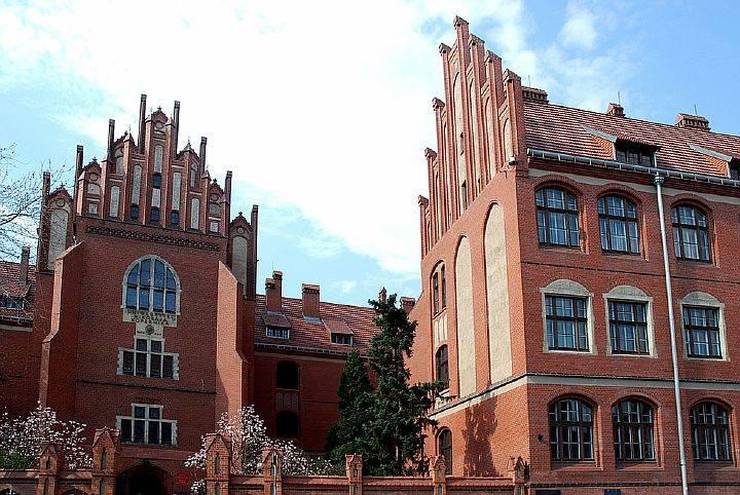 St. John the Baptist Cathedral is an ancient brick Gothic cathedral and an interesting landmark in Torun. It is one of the oldest and largest churches in northern Poland and contains many valuable works of art, especially from the Gothic period. It has witnessed numerous historical events. The construction of the church, which lasted for two centuries, began in the middle of the 13th century. On the bell tower of the church there is a huge bell, the second largest in Poland. 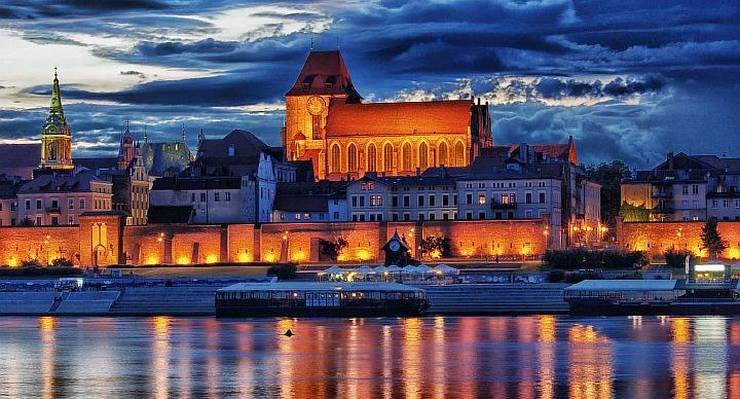 Cathedral of St. John the Baptist

The Church of the Blessed Virgin Mary is one of the most outstanding achievements of Gothic ecclesiastical architecture in Poland, with a triple monumental post-Franciscan church towering over the northern part of the Old Town. It contains a number of valuable artistic and historical works of art. There is also an organ, the oldest and most beautiful in Poland. The church was built in the 14th century. 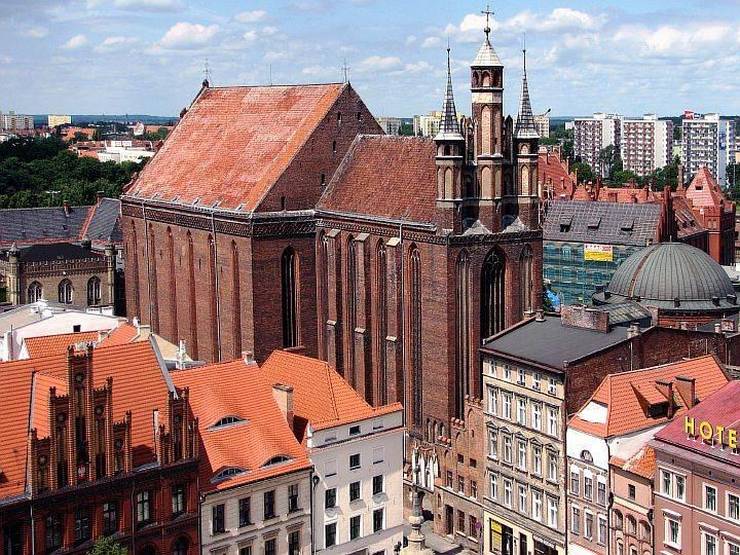 Church of the Blessed Virgin Mary

The Church of St. James is a striking example of Gothic architecture and is the smallest in size of the ancient churches of Torun. Some say it is the most balanced and most beautiful church in the city. This church was built in the 14th century. 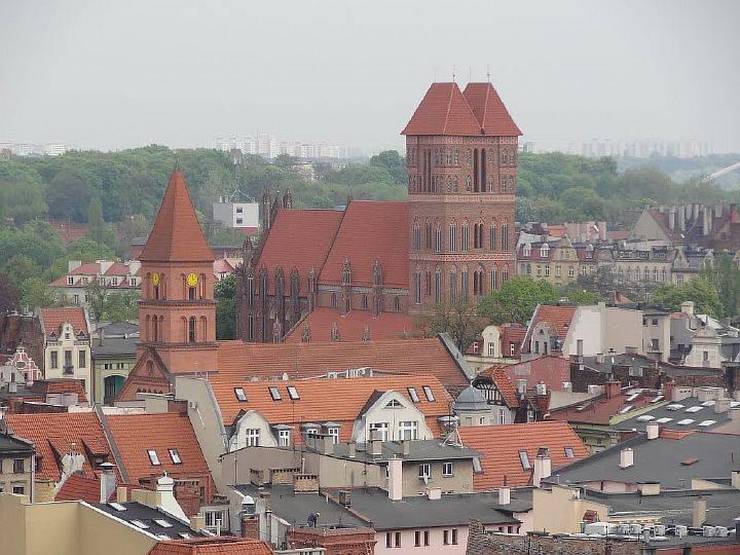 Artus’ Court is a unique building built in the 19th century. It is a copy of an old building of the Teutonic Order of the 14th century. 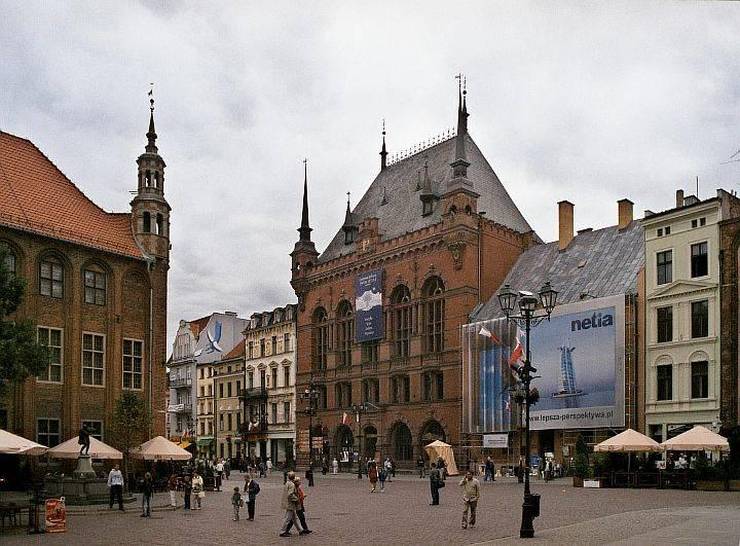 Old historic buildings – Toruń boasts a large number of well-preserved medieval burgher (merchant) and noblemen’s houses, dating mainly from the 14th-15th century. In the Old Town you can find several hundred houses with more or less noticeable Gothic elements, unique in both national and European scale, which well illustrate a typical house in an old rich medieval town. 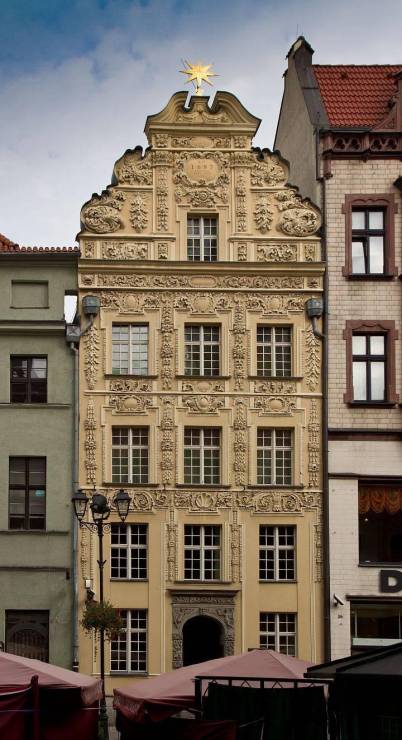 Granaries are ancient buildings from the 13th and 14th centuries that were used for household purposes. They are some of the oldest buildings in Poland, well illustrating the architectural forms and decorative details of their time. 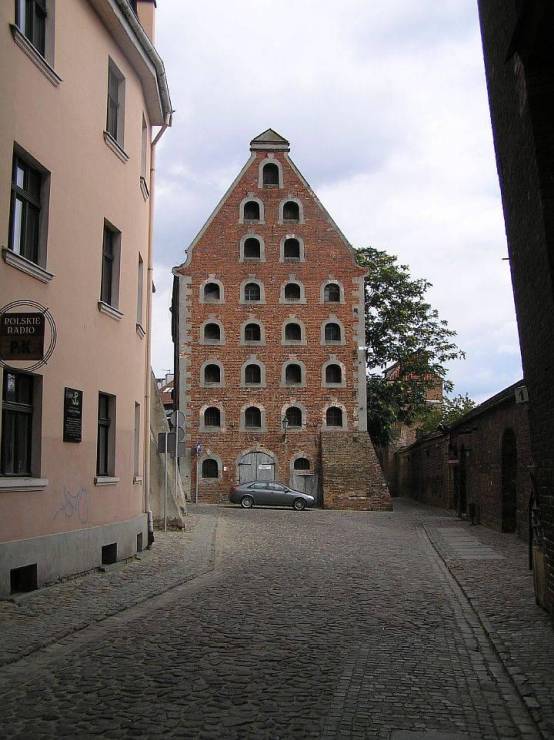 The Old Castle – partially reconstructed ruins of the old castle from the times of the Teutonic Order, the first of its kind in Poland. The beginning of the construction of the castle dates back to the 13th century. 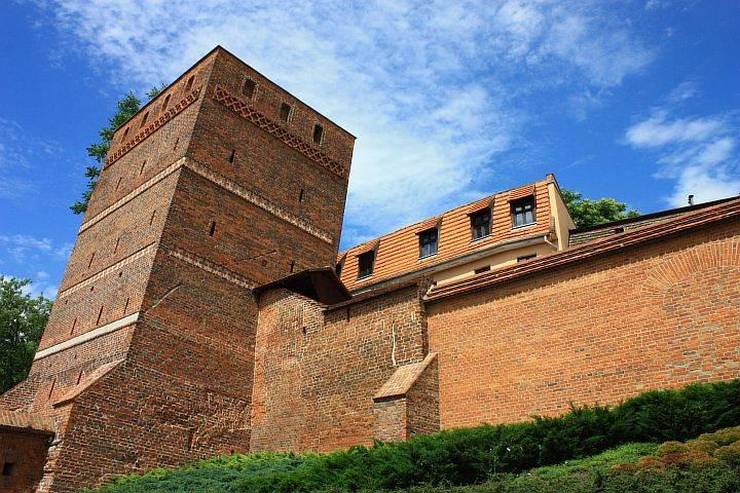 The Falling (Pisan) Tower is an old Gothic tower in Torun, known for the inclination of its axis. The tower was part of the city’s fortifications along with 54 other fortified towers. Contrary to what legends say, its slope is the result of unstable clay soil. Nowadays it is one of the most interesting tourist attractions of the Old City. 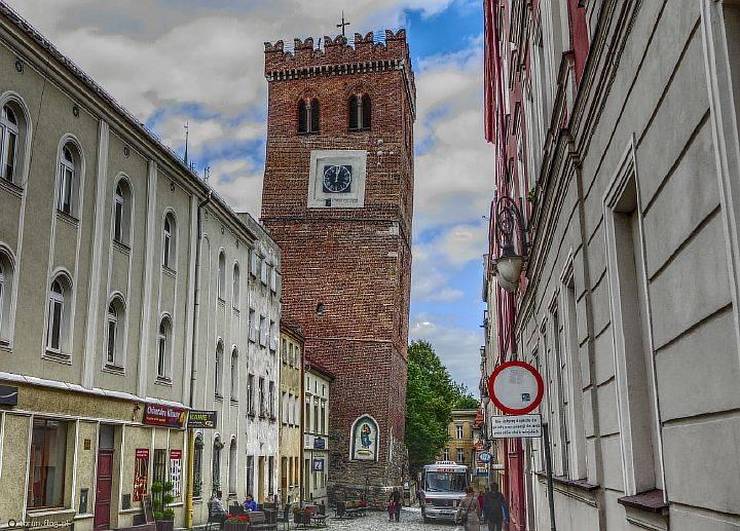 The Leaning Tower of Pisa

Torun Fortress is one of the largest 19th-century fortresses in Europe, built during Prussia’s reign. The fortress includes 15 large forts, well preserved and overwhelming in size.

READ
The World's Most Dangerous Places 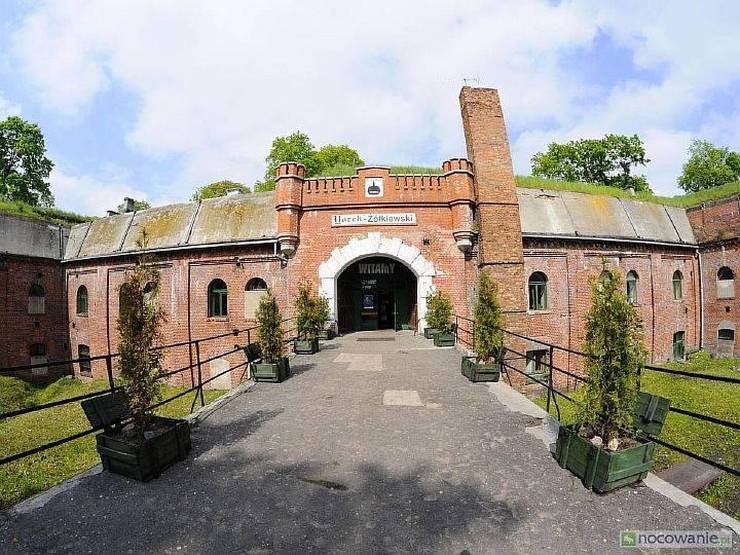 Ethnographic Museum – museum located in the center of Torun, next to the Old Town, which offers an opportunity to get acquainted with the old Polish countryside. It includes elements of folk architecture with fully equipped outbuildings, mill, watermill, blacksmith shop and firehouse . The museum is one of three independent and the largest of its kind in Poland. Its collection covers the folk culture of Northern Poland and the traditions of fishermen.

Bydgoszcz Suburbs is a suburb to the west of the city center, built in the English style in the 19th century. The buildings combine different architectural styles – classicism, eclectic, modern and neo-gothic. 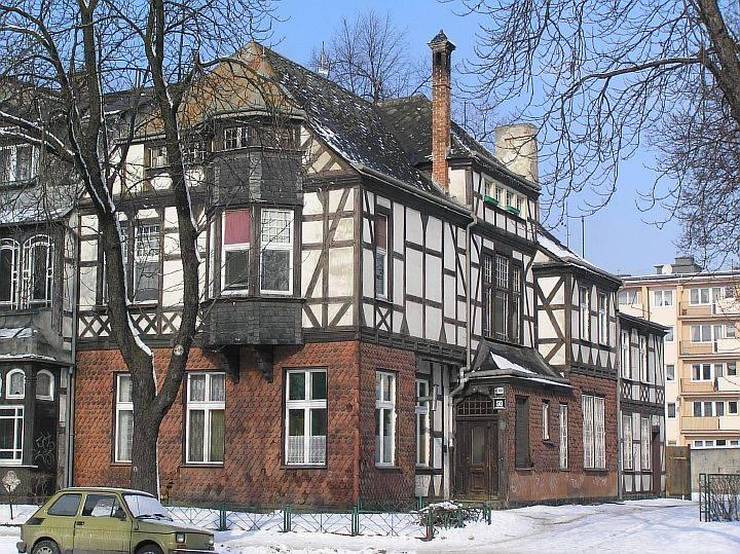