The world’s 10 most bizarre prisons

Receive one daily top-read article in your inbox. Join us on Facebook and VKontakte. 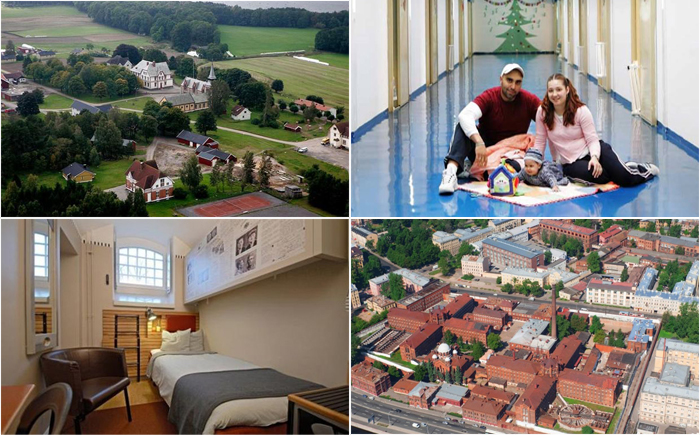 Most prisons around the world are basically organized under a unifying concept: cells for inmates where they stay for most of their incarceration, separate recreational areas for walking, sports, and a number of facilities such as bathrooms, kitchens, and dining areas. As prisons vary in their specifications, they are also built according to certain requirements. Here is an overview of the strangest and most unusual prisons in the world. They are far from the idea of prison service institutions, are located in unusual places, are characterized by unconventional for prisons living and activities or have a strange layout. 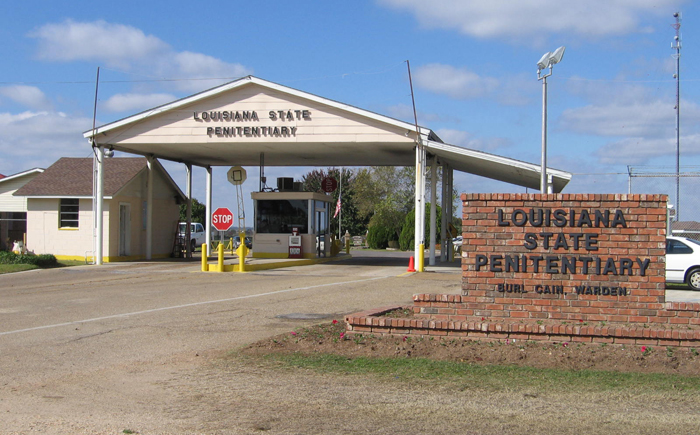 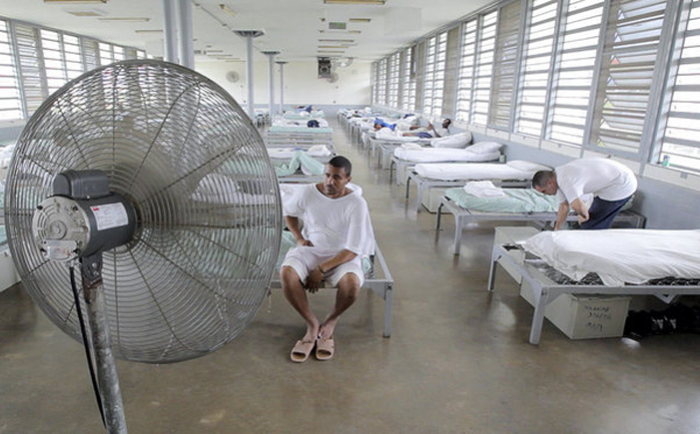 In many respects, the Louisiana State Penitentiary is not unlike some prisons in the United States. Both the grounds and the conditions are quite ordinary. There is a reception area, death row, and many other facilities and units. But, unlike other prisons, there is a nine-hole golf course that is available to all who wish to play. You only need to inform the prison authorities in advance of your intention to play, so they can conduct various checks. While inmates are playing on the course, it is not accessible to the public. 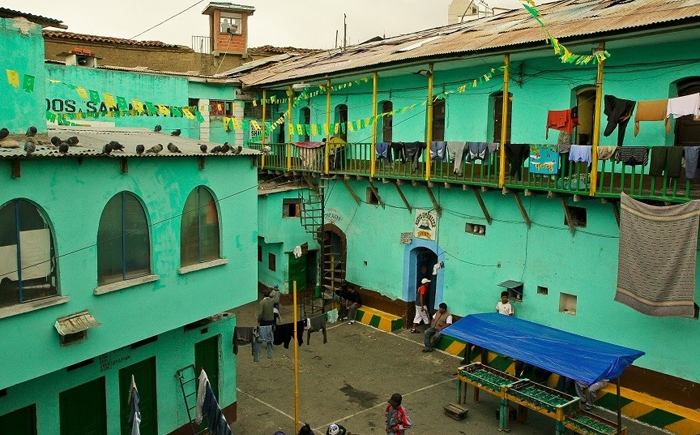 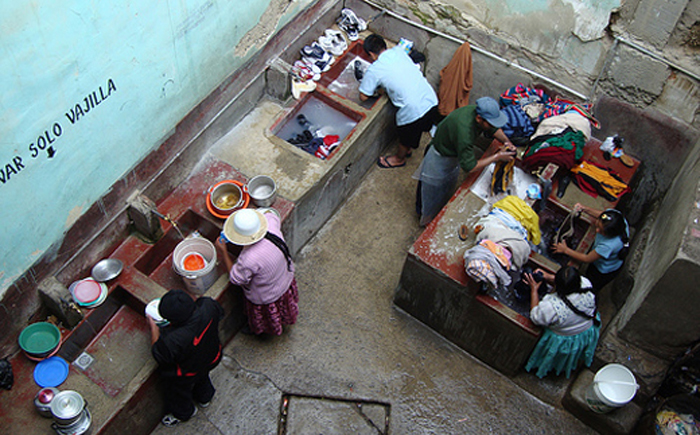 San Pedro Prison is a unique place for several reasons. First, the living conditions here are different from traditional prisons. Since there are over a thousand inmates here, the place is more like an ordinary neighborhood in a city where a prison is located. Besides guards, high cement fences and checkpoints, there are stores, restaurants, etc. What else is surprising is the fact that an inmate has to buy his own place in the cell where he will serve his sentence. This means that rich prisoners can live in luxurious conditions with cable TV, a pool table, and a private bathroom, while poorer prisoners are forced to squat in overcrowded cells.

READ
Walking through the cities of Hungary: sights and history 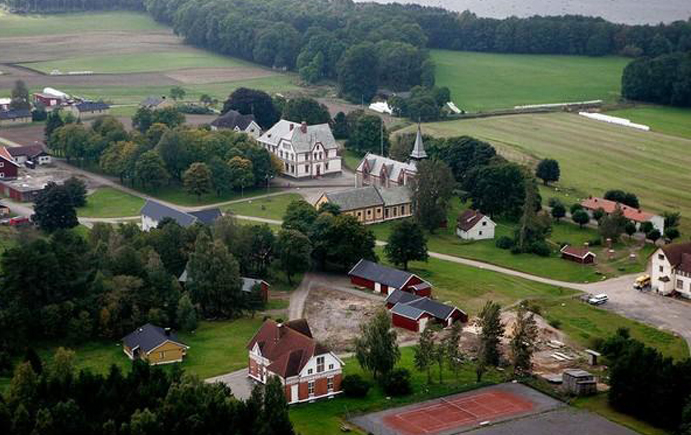 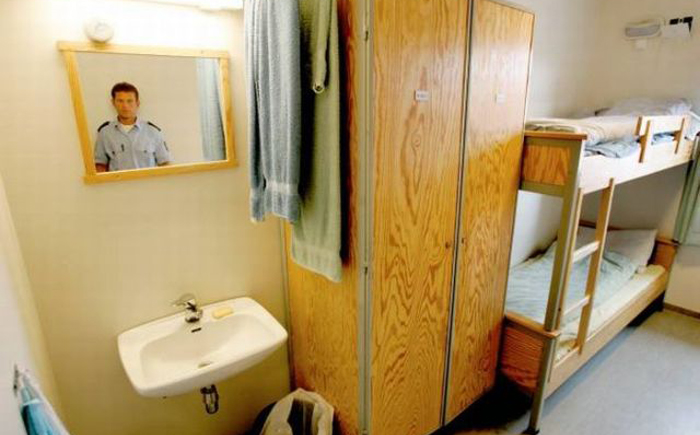 Experts believe that the prison system in Norway is the best and most liberal in the world. This is because prisoners in prisons are rehabilitated rather than serving their sentences. They are taught to live differently, without crime. The prison is completely self-supporting. Solar panels power all the rooms, the prison farm raises pigs, cows and chickens, etc. Nothing in the prison is thrown away, everything goes to recycling. The cozy cells are fully furnished, and inmates can ride horses or play tennis. It’s all very strange, but the system works because Norway has the lowest re-offending rate in Europe. 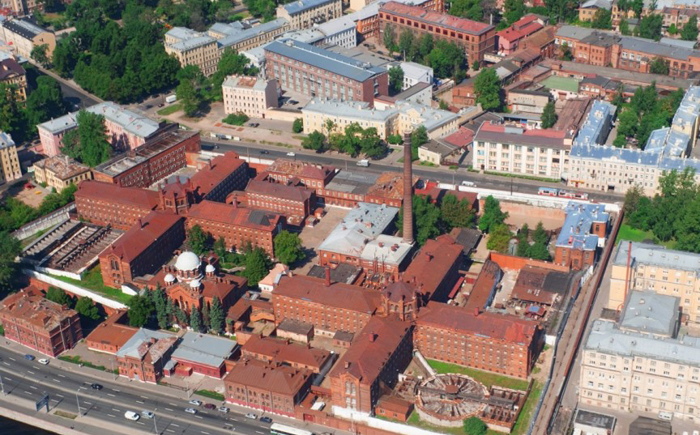 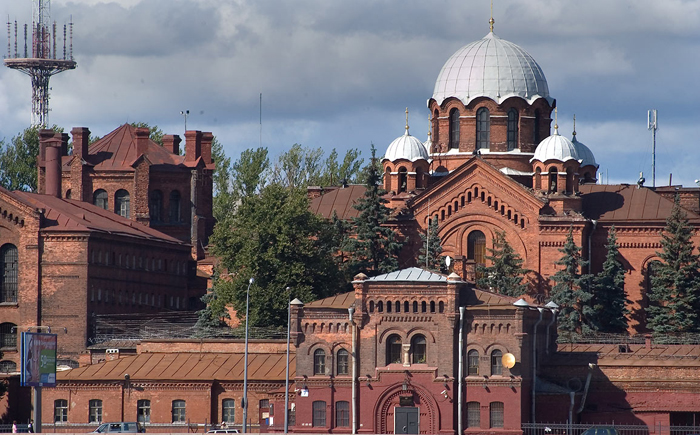 Many prisons in Russia are overcrowded, one reason being that no new prisons are being built and prisoners are forced to squat in the crowded cells of existing institutions. The most overcrowded prison in the world is considered to be Kresty. The prison was designed for 1,500 inmates, but their number in reality sometimes reached 12,000. In addition to the overcrowding, the prison is notorious for its terrible conditions, lack of beds, and lack of working showers. This gives prosecutors the opportunity to promise to transfer a prisoner elsewhere for a confession or valuable information. 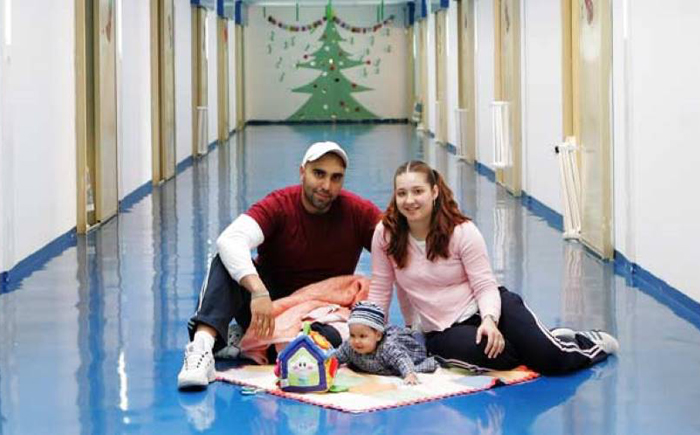 The Aranjuez Prison in Spain is the world’s first penitentiary service facility where families are housed and live in special complexes. Individual rooms have all the comforts, separate bathrooms, toys, and children’s rooms have wallpaper with children’s motifs on the walls. It is cozy and homely here. Such conditions ensure that prisoners meet with their children in a comfortable environment that does not traumatize the child’s psyche. In addition, such communication contributes to the socialization and rehabilitation of the prisoner. When the child reaches the age of three, he is sent for further accommodation with relatives, because there is no place for him in prison. But nowadays the official bodies consider the possibility for children to continue living with their convicted parents. 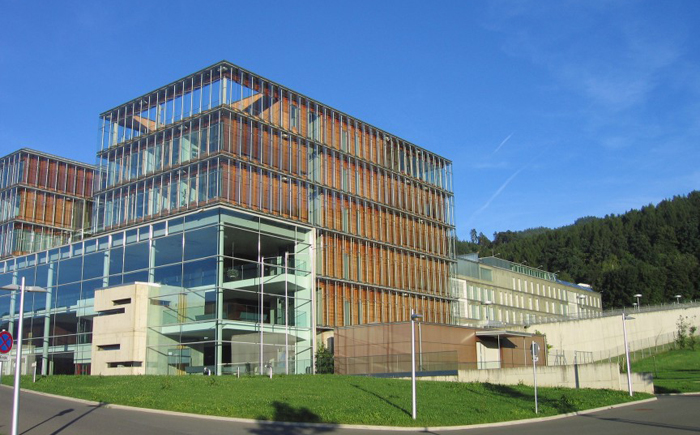 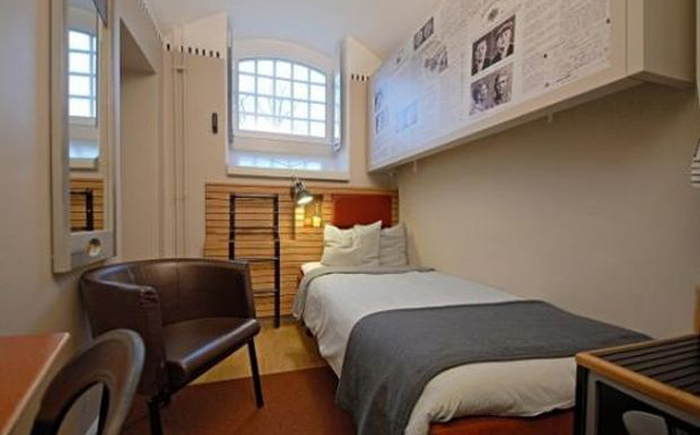 The Justice Center was built in 2004. Within its walls is both a court and a prison for 250 prisoners. It was built to guarantee human conditions for prisoners to serve their sentences and to show that the state respects their honor despite their sentence. Many call the facility a “five-star hotel” because of its luxurious conditions. Prisoners have many freedoms here. The cells are spacious and comfortable with modern kitchens, bathrooms, and other amenities.

4. a prison for pirates – Seychelles 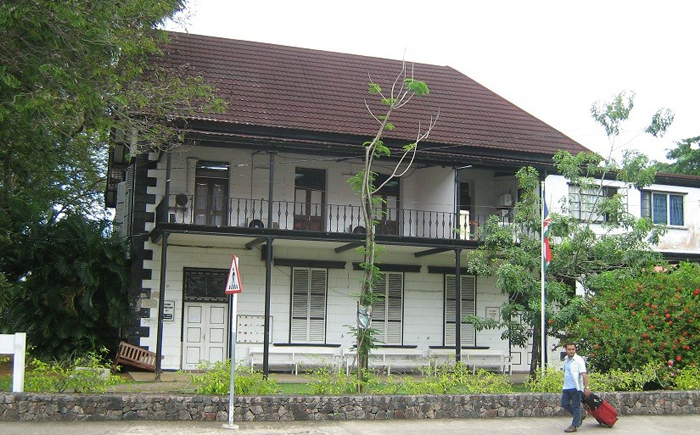 Seychelles are small islands that are associated with paradise because of their luxurious beaches and tropical scenery. Villas and guest houses on the islands are very expensive. Seychelles is a place for the rich and famous. Here on the island and is a prison, founded in 2010 under the auspices of the UN, the Department of Narcotics and Crimes, to hold Somali pirates until their deportation to their homeland. Judges and lawyers from Britain and the Netherlands work here on issues related to punishment or acquittal, while the pirates themselves live freely, play sports and relax in the fresh air, enjoying the sunshine. 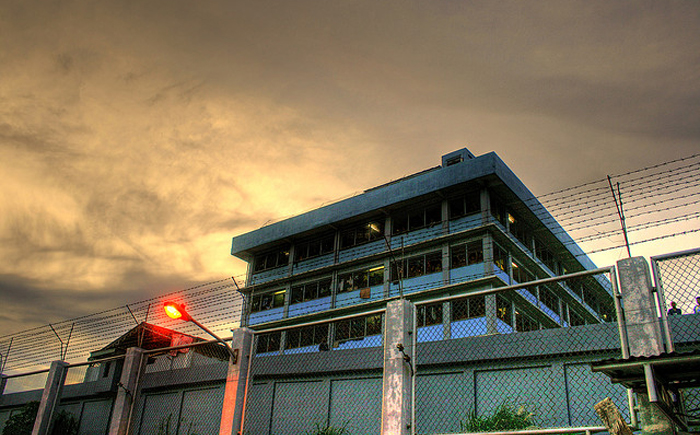 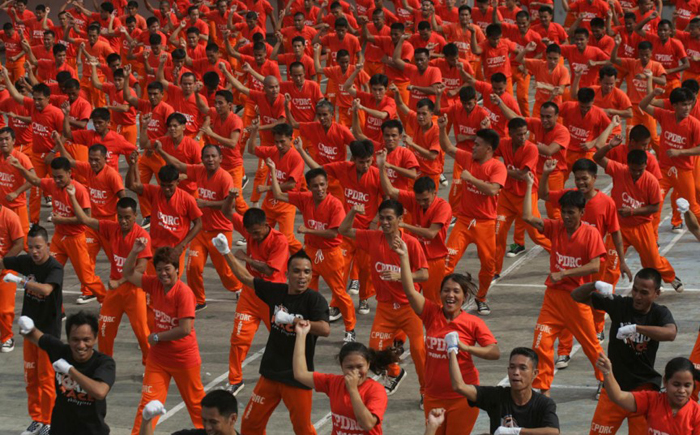 This institution is known for mass dance performances by inmates. On the Internet you can watch a series of videos of inmates dancing to famous songs. Especially popular on the Internet was a story about a flash mob of 1,500 inmates dancing to the song “Thriller” by Michael Jackson. Prison authorities practice such activities in order to maintain discipline and physical fitness of prisoners. Inmates dedicate their choreographed performances to special events and are paid for their participation. 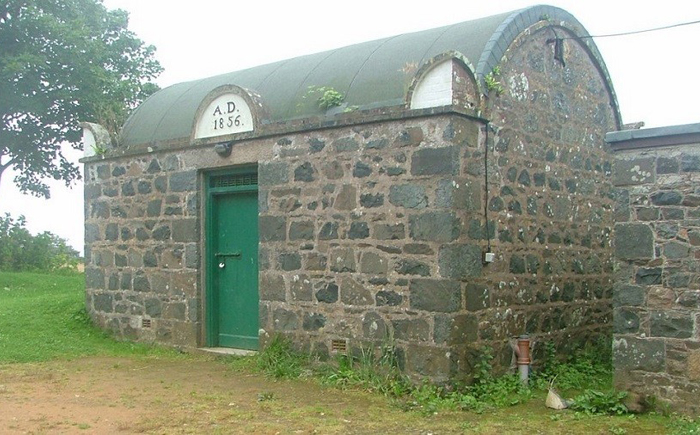 Sark is a small island in the English Channel, belonging to the British Crown, but functioning independently of British policy. Sark is located between Jersey and Guernsey, with no police force, but only a volunteer constable who represents the law to the 600 inhabitants of the island. There is a small two-cell prison on the island with no windows or facilities, only beds. Mostly it temporarily holds people who are intoxicated or tourists who are suspected of having committed crimes. Tourists can spend the night here if the prison is free. 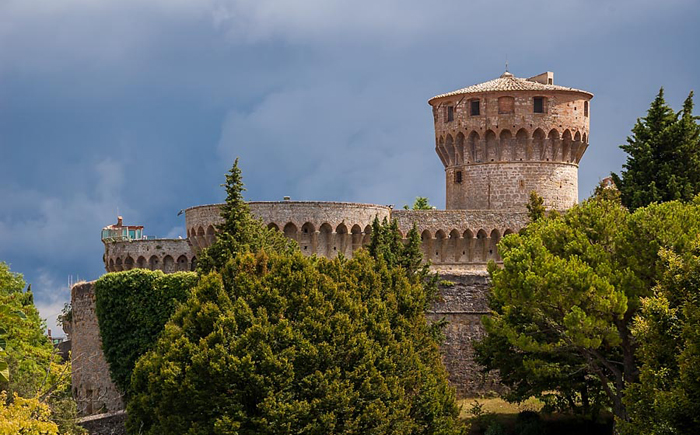 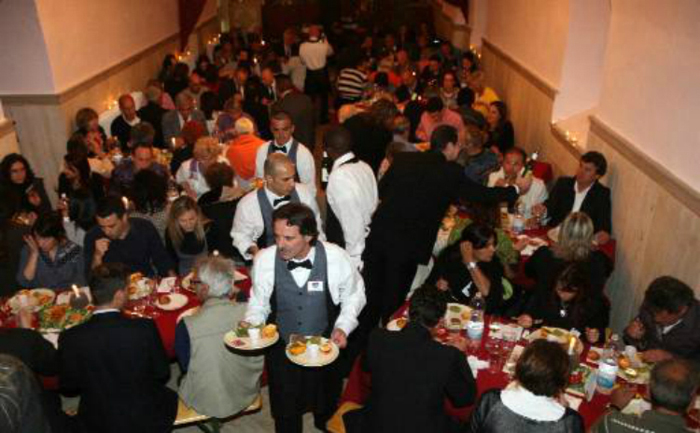 The Medici Fortress Prison is an amazing place because it is located in an ancient fortress built in 1474 during the Renaissance period. But that’s not the reason it’s considered unusual. Since 2006, inmates have been rehabilitated in the prison, acquiring the skills and abilities to live outside the prison. There is a restaurant on the grounds where non-dangerous inmates cook and serve haute Italian cuisine to customers. Despite the plastic dishes and several levels of pass control, the place is very popular, and there are full houses on weekends.