Iceland lies on a 25,000-mile cleft at the bottom of the ocean. Two tectonic plates, the North American and Eurasian, slowly pull away from each other, allowing lava to bubble up into the Atlantic. Not only does a serious hot spot rest beneath Iceland, but it also created Iceland: since the Middle Ages, one-third of all lava on Earth has erupted here.

Hundreds of volcanoes dot this tiny island nation, some ancient, others quite fresh. About 30 of them are active, and yes, some of them are open to travel, climbing or hiking – some of the best are described below.

Although the last volcanic eruption in Iceland was in 2015 (Bardarbunga was raging), many of us probably remember 2010 when Eyjafjallajökull landed international air traffic with its huge ash clouds.

Ten years later, Iceland’s most famous volcano is now open to tourists (there’s even a visitor center on its slopes). A four-mile, eight-hour day hike can get you there – with the help of a professional guide, of course. You’ll definitely need one – the entire volcano sits under an ice cap. 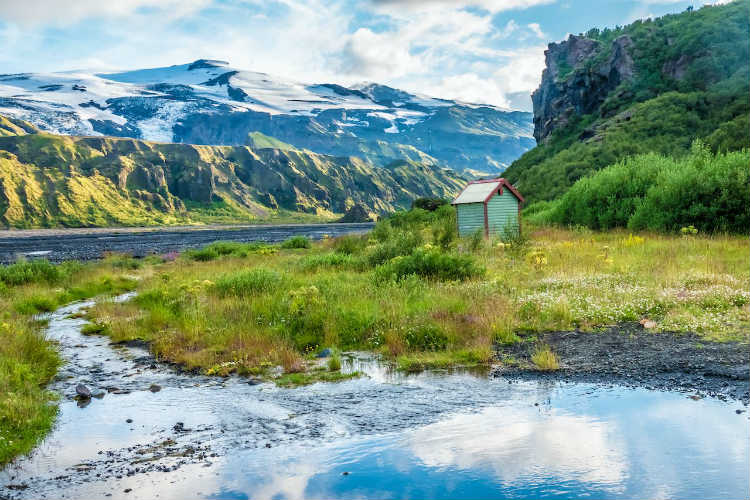 Say hello to Iceland’s most dangerous volcano. Katla usually erupts when Eyjafjallajökull does, only with more charm. Katla is mostly under the Mirdalsjökull glacier – be sure to explore the glacier’s bright blue ice caves along the way (with a guide).

The incredibly difficult ascent to the top of the volcano begins at Seljalandsfoss Falls, but a more doable route can be found at Skaugafoss Falls: the Fimmvorduhals Trail. It’s a 12-hour hike that won’t quite get you to the top, but it will take you past 26 waterfalls to some pretty phenomenal views. 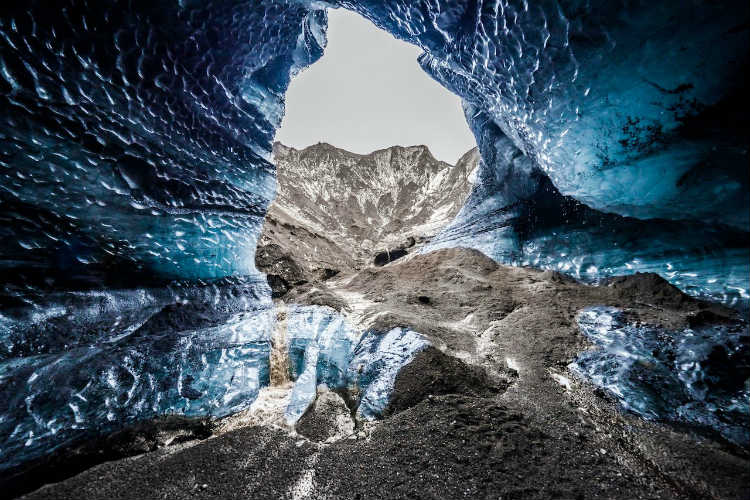 The most recent eruption: around 200 AD.

A visit to this volcano (and national park) is an easy day trip from Reykjavik, making it one of the most affordable options on this list. A hundred and twenty miles from the capital, you’ll find inspiration for Jules Verne’s journey to the center of the Earth.

Although the crater between the volcano’s many peaks will not transport you to the iron core of the planet, you will surely feel as if you have stumbled upon another icy world. The ascent to the summit on the Snaifedlesjöküdl glacier takes 7 to 12 hours and is not for the faint of heart. The rest will just have to read a book. 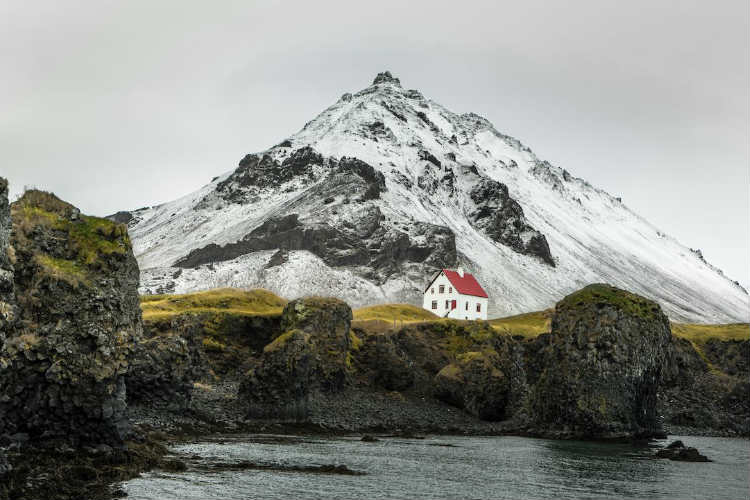 In 1865, Askja erupted with such force that crowds of Icelanders decided to leave, no longer willing to put up with the island’s violent, erratic lifestyle. Now, as active as it was, the volcano is known as a peaceful place – the hot spring is in a small caldera (called Viti or hell), and it’s just the right temperature for a good swim.

Excursions, which usually depart from Lake Miwatne, take you through a desolate volcanic landscape. Trips usually take a solid 10-12 hours. 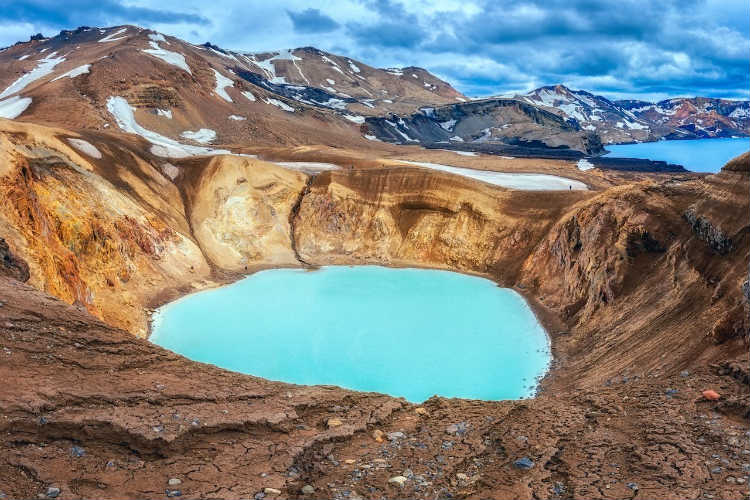 Bardarbunga, located in Vatnajeküdl National Park under the Vatnajeküdl Glacier (technically Europe’s largest ice cap), is surprisingly accessible. It is one of the largest volcanoes on the island and, based on the date of the last eruption, one of the most active.

Tours of the national park – the largest in Western Europe – abound despite and because of this volcanic activity. You’ll spend days pondering subglacial lakes, hidden active volcanoes, vast gorges, rumbling waterfalls, and how many of Iceland’s mysteries, hidden somewhere beneath the ice, you’re probably missing out on. 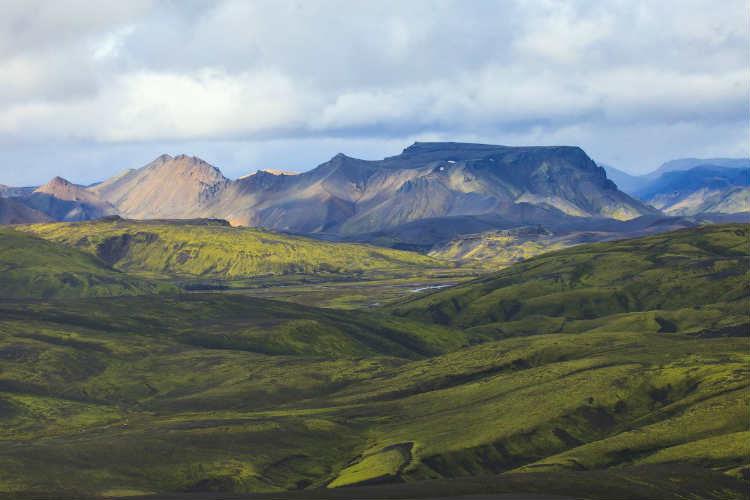 “The Gates of Hell,” aka Hecla, is only a couple of hours from Reykjavik, and its violent past makes it a must-see. It is responsible for a decent proportion of all the tephra (volcanic debris) on the island, although it is considered safe for the moment.

READ
The famous and unique Statue of Liberty

Tours are available, although there is parking and a hiking trail about a two-hour walk from the base. Hecla is in the Fiallabak Nature Reserve, and the partially marked trails around its flanks are suitable for experienced hikers. Glaciers, waterfalls and mesmerizing rock formations dot this landscape, too. 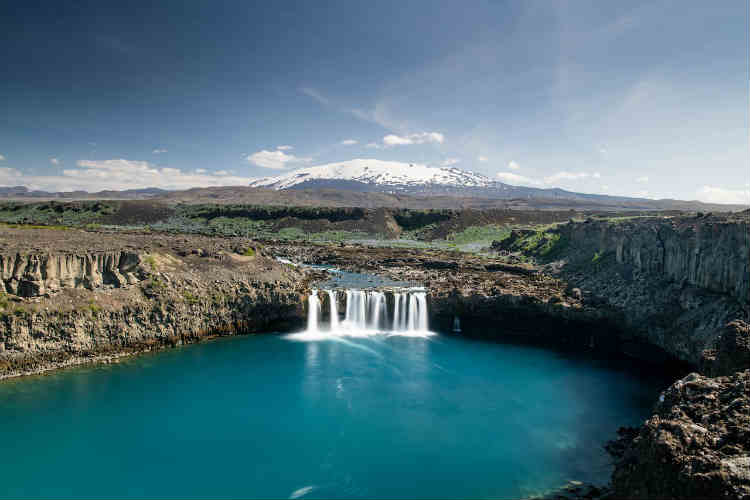 There is more than one “hell” in Iceland: the icy blue lake located in the crater of Krabla is also called Viti, but it is a cold lake (there is a hot spring nearby, though). You can take a tour of Krabla’s lava fields: mud pots, fumaroles, miles of frozen lava and lots of steam.

Krafla is located in Northern Iceland, near Lake Miwatn. Drive up (or take the bus) to the edge of the crater — there’s a 30-minute hiking trail that also leads to a smaller hot spring.