Top 5 most interesting castles in the Netherlands: Part 3

Ruurlo Castle is an impressive monumental building in the province of Gelderland, in the east of the Netherlands. It is considered one of the most beautiful castles in Achterhoek, a lush green region filled with forests, farmland, country estates and historic castles. Its name exists in Dutch archives as far back as the 14th century. Although the castle you see today is not from that period, it proudly displays an architectural history spanning five other centuries, and its original layout is almost entirely intact. Its present appearance dates from the 16th and 17th centuries, with some modern additions. The castle’s adjoining orangery is a delightful dining venue, whether for lunch, tea parties or private events. 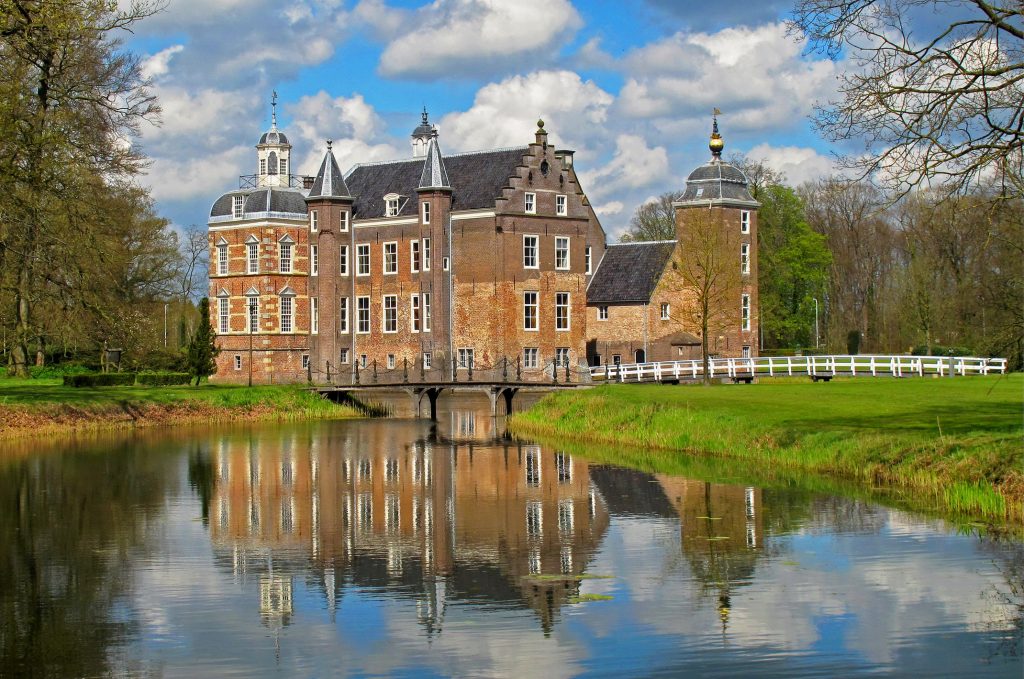 In 2013, the castle was purchased by Hans Melchers, who turned it into a second location for the MORE Museum. Like many Dutch castles and their interiors, Ruurlo’s collections have their own stories to tell. Today, however, it houses the largest collection of works by the Dutch artist Karel Wielink. He gained a reputation as a remarkable painter of monumental and architectural works. Alongside these works, the MORE museum also displays special creations by the Chinese-Dutch fashion designer Von Lan.

The garden around Ruurlo Castle has changed over the centuries, adapting to the fashions and desires of its inhabitants . For example, its typical formal garden of the 18th century, inspired by the French style, with a rectilinear layout, eventually gave way to a wilder English landscape garden in the early 19th century. The delightful park landscape is filled with winding paths, water features, gentle hills and amazing views. The castle’s original moat has also been turned into a pond.

The impressive castle of Höys Berg is situated on the edge of the medieval town of Heerenberg . It is one of the largest and most important castles in Holland. It is home to an exceptional art collection, which includes a portrait gallery, northern European works of art, early Italian masterpieces, medieval books, an arsenal and a coin collection.

The history of the construction of Höys Berg Castle dates back to the Middle Ages . Over time, fires, wars, expansions and improvements have changed the castle’s appearance. Once a medieval defensive fortress, it was gradually transformed into a beautiful castle.

The interior of the castle boasts late medieval works of art, such as paintings, illustrated manuscripts and sculptures. The medieval tower has an armory and offers a beautiful view of the surroundings. In the mint building next to the castle you can mint your own coin. A number of the original defensive towers have been converted into luxurious suites with modern equipment. You can spend the night in the castle Höys Berg. And the nearby cafe offers everything from a cup of coffee to a three-course menu and tastings. 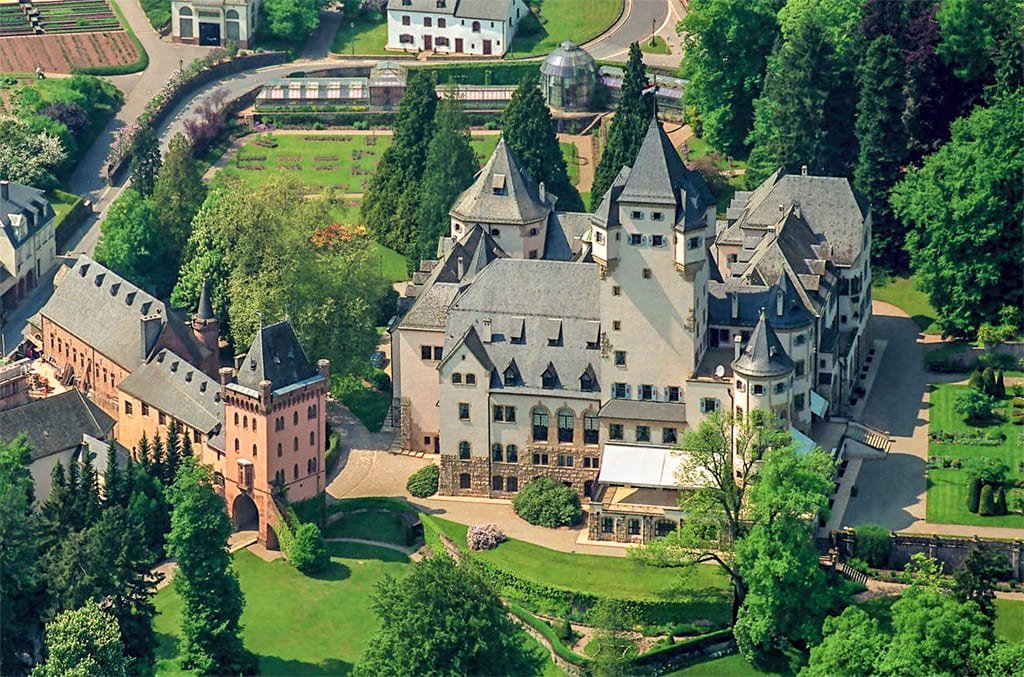 The medieval castle Kannenburh is located in an old wooded country park on the Veluwe, surrounded by meadows and former fishing ponds. It is located north of Apeldoorn, in the province of Gelderland. The castle was built around 1543 on the foundations of medieval ruins by Field Marshal Marten van Rossum, who was leader of the Gelderland army. But Van Rossum did not see the completion of his fortress; he died of the plague. In the courtyard you can find a bronze statue of the general sitting on a bench surveying his surroundings.

Like many castles and country houses in Holland, Kannenburh Castle is now home to a museum with an authentic 18th-century interior. Paintings, china, furniture and many other familiar objects are on display here. Many items originally belong to the castle itself. One of the most special pieces is Elbert van Isendorn’s baptismal cup, which dates from 1601. It is made of silver-plated coconut, which was something exotic and therefore very valuable at the time. Also of note are many 17th and 18th century family portraits, as well as a dining room with a 17th century beamed ceiling richly decorated with clouds and birds. The castle is now maintained in an authentic 18th-century style.

READ
What to know before you go to Oman. 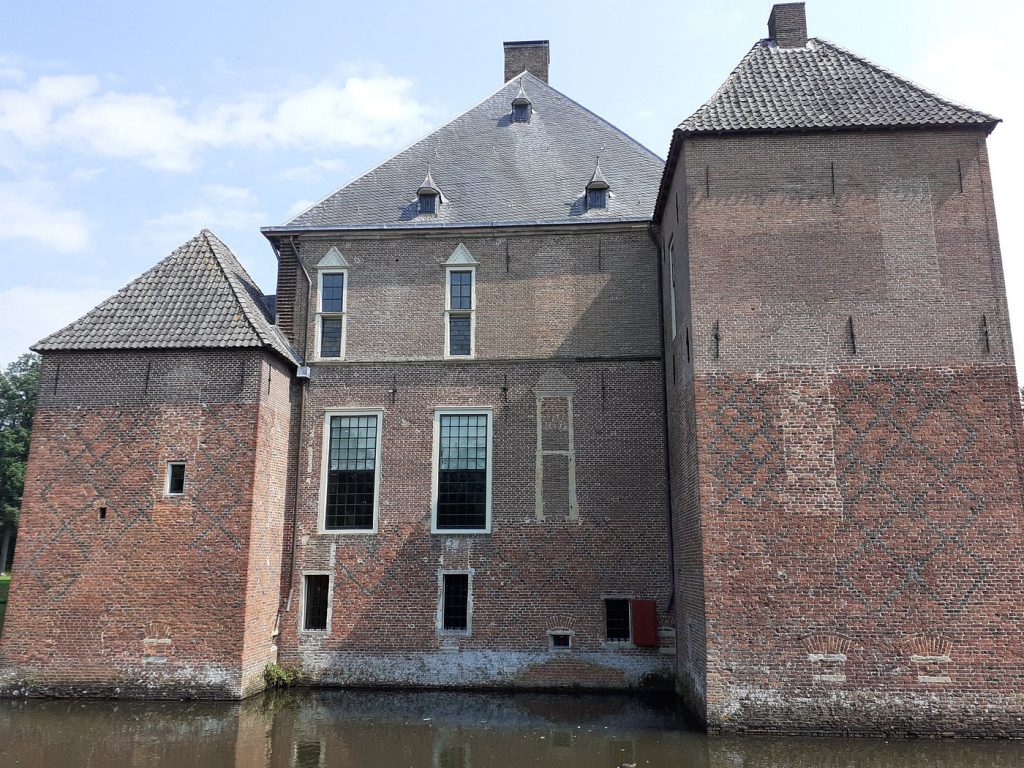 In the grounds there is a farm building which used to serve as a living quarters for the staff and as a harvest storage or stables for the horses. Here you can see how Kannenbourg’s servants lived, the steward’s house from the 19th century and the chateau farm.

A visit to the castle, outbuildings and park can be accompanied by an audio tour. The furnishings of the castle will take you back to the life of the nobility of the 18th century. Children will love the pictures that come to life and the mysterious castle attic. In the castle’s vaulted cellars, treat yourself to a cup of coffee or a meal from the menu at the nearby t’ Koetshuis restaurant. Before you leave, be sure to stop by the castle store and prioritize souvenirs.

Rosendaal Castle, near Arnhem, is over seven centuries old and was the former residence of the counts and dukes of Gelders. The landscaped park surrounding this historic castle is filled with delightful decorations and surprises, so a visit is highly recommended.

Rosendal Castle dates back to the late Middle Ages, built by the Duke of Gelder. Originally the castle stood at a height of about 25 meters and had a diameter of 16 meters , making it the largest tower of its kind in Holland. In 1722 work began on the construction of a rectilinear house around the tower, strongly reminiscent of the house on the Amsterdam Canal. The castle collection is a fantastic overview of what life was once like in the castles of Holland. Don’t miss the special collections of furniture, silver and porcelain. 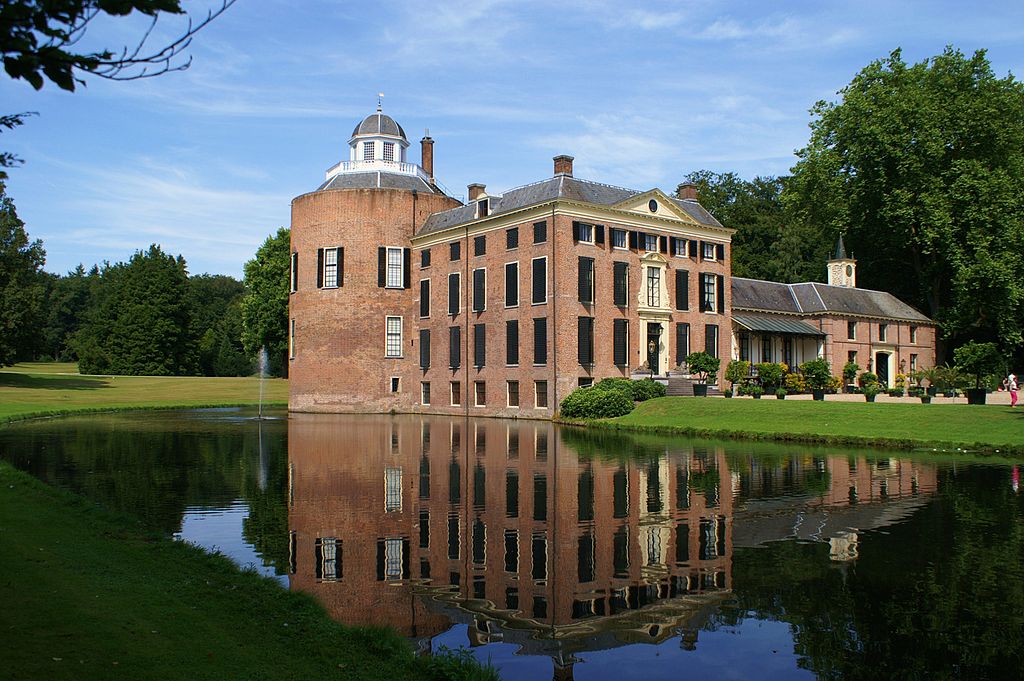 In the 18th century, the Shell Gallery and Teahouse were built in the gardens under the direction of Lubbert Adolph Torc, who was married to the wealthy Petronelle van Horn. Daniel Marot was invited to do this. And in the 19th century architect Jan David Zocher, Jr. drastically changed the appearance of the gardens, combining small ponds into one large. And the park’s famous fountains were adapted with a new castle back wall covered with shells and a dazzling mosaic floor. Numerous mini-fountains that unexpectedly splash and spray water surprise and delight visitors for generations.

The historic landscape park surrounding Rosendaal Castle has been attracting visitors from all over the world for centuries. The castle itself can only be entered with a guide. There are several guided tours throughout the day, so no advance reservation is required. There is an attractive store on the grounds, and the beautiful orangery has been transformed into a cozy, atmospheric lunch spot overlooking the castle.

Middachten Castle, located near Arnhem, the capital of Gelderland, is one of the largest . It is the most impressive and well-preserved estate of Holland. The castle has been owned by the same family for more than 800 years. 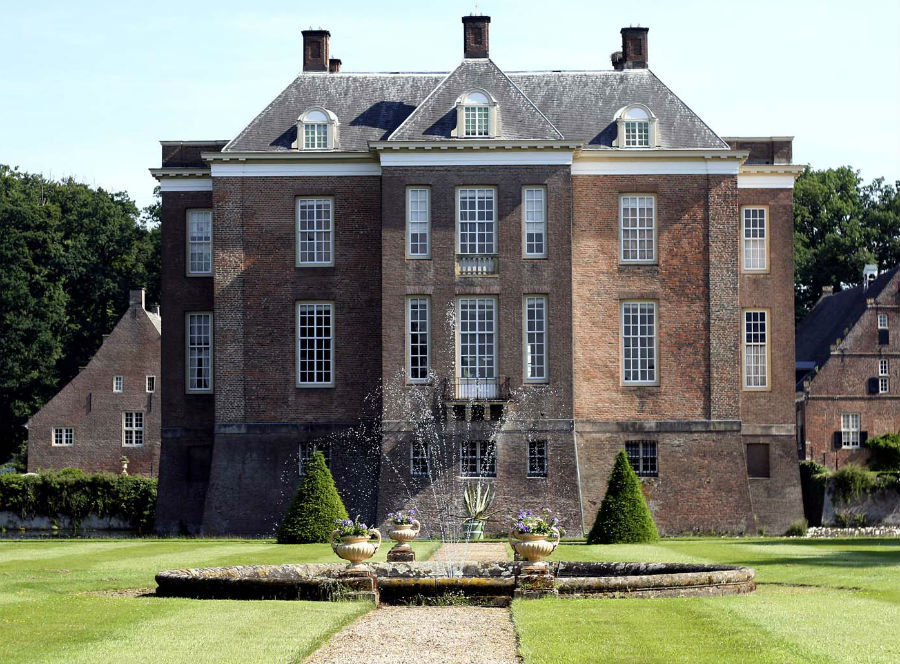 Gardens play an important role in the tradition of Dutch country houses, and the Middachten Estate is no exception. Its stunning gardens provide visitors with an opportunity to explore the history of gardening . Thanks to their design, unchanged for centuries, lawns, flowerbeds, topiaries and sculptures form a coherent whole with the water and the house. Surrounded by trees rarely seen in Holland: a ginkgo tree, a 150-year-old Lebanese cedar and a rare weeping chestnut. In summer, the rose garden fills the grounds with its succulent fragrance. About 60 varieties of shrub roses grow here . In July and August, tea is served in the greenhouse. And for those who want to stay here: rooms for overnight stays and breakfasts are rented.

Middachten was first mentioned in 1190. Later, in the early 14th century, it is mentioned again in conjunction with Everardus van Middachten, the progenitor of all later residents of the house. Today’s resident is Count zu Ortenburg. Middachten is still a working manor house with farmland, farms and woods.