Parma – the culinary capital of Italy 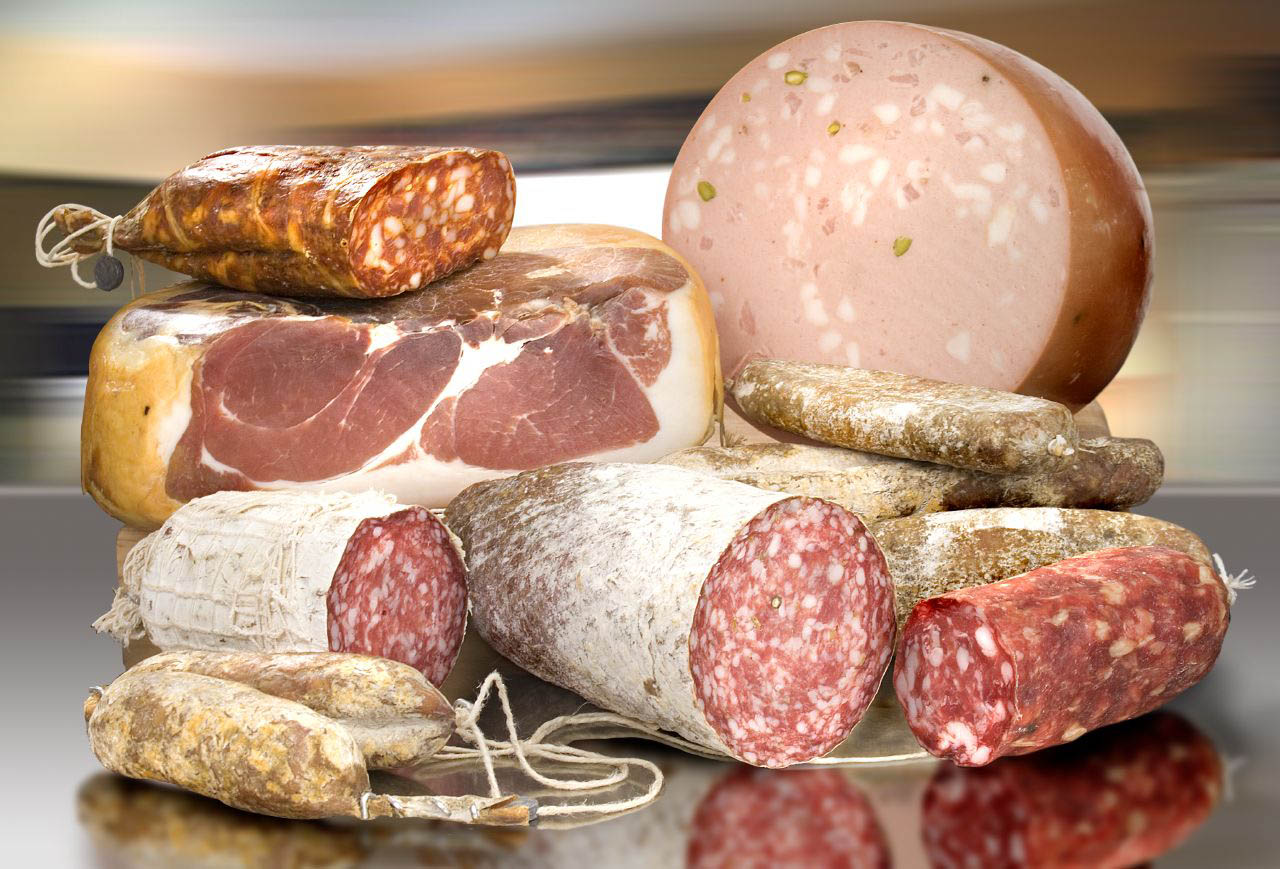 All the epithets that have been awarded to Parma over the centuries cannot describe the richness of the culinary heritage of this city. Parma ham, Parmigiano Reggiano, Franco truffles, the world famous Culatello sausages are only a small part of the delicacies that originated in Parma. Today we will uncover the secret of the production of this city’s most famous culinary inventions. 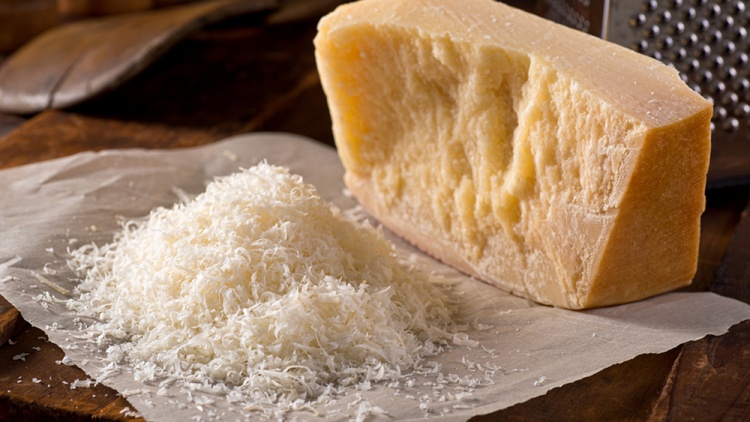 The recipe for Parmesan was invented almost 1,000 years ago by novices in monasteries near Parma. The milk, with which the monasteries were abundantly supplied, had to be turned into a tasty product with a long shelf life. The monks decided not to overdo it and created one of the tastiest cheeses in the world from water, milk and salt.

The first mention of Parmesan dates back to 1254, when one of the Genoese ladies of noble descent mortgaged her luxurious mansion for a regular supply of caseus parmensis (the original name of Parmesan). The monks retained the monopoly of cheese production until the 16th century, when the recipe was sold to Prussia and from where it was subsequently disseminated throughout Europe. Today, the real Parmesan is made exclusively in northern Italy. The rest of the cheeses with a similar recipe by decision of the European Court must have a different name. 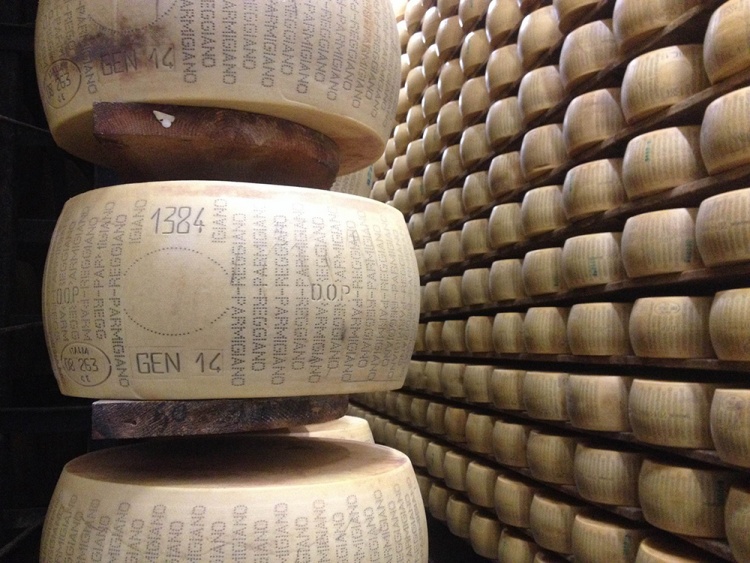 Milk for Parmesan, as many centuries ago, is taken from the pastures of Parma and Reggio Emilia. Milk from the morning and evening milk yields is used to make the cheese. The milk collected in the evening is left in special vats, where it is safely fermented until morning and mixed with fresh milk from the morning. The mixture is heated to 34°C and an enzyme is added which breaks down proteins in the calf’s stomach. A curd clot gradually forms in the vat, which is subsequently broken down into small grains and heated to 56°C.

It is heated until the granules settle to the bottom. They are then collected with a special shovel and placed on a hemp cloth, which is once again placed in the milk serum. After some time a clot is formed again. It is divided into two parts and placed in round molds. The cheese heads mature for four days, after which they are transferred to barrels filled with salt water. The final maturation of Parmesan occurs in special rooms, where it is stored for a year. 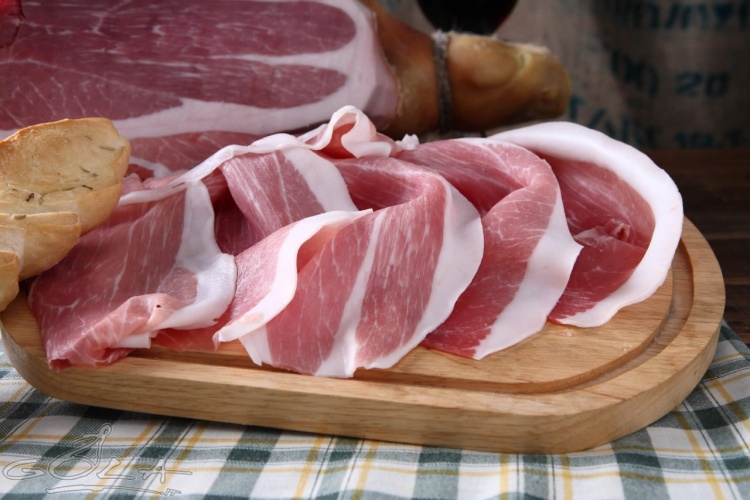 The history of Parma ham goes so far back in time that experts still do not know exactly when it was first decided to hang pork leg for a whole year. But the way of cooking this delicacy a few centuries ago has been thoroughly documented and protected from fakes by the original name of Prosciutto di Parma.

Prosciutto is made from several breeds of pigs, which are raised to one year of age. Throughout their lives, they sit on a special diet that consists of fresh fruit, corn and whey. After slaughtering, pig feet weighing 12 to 15 kilograms are selected, with no cuts, bruises or other defects on the surface. 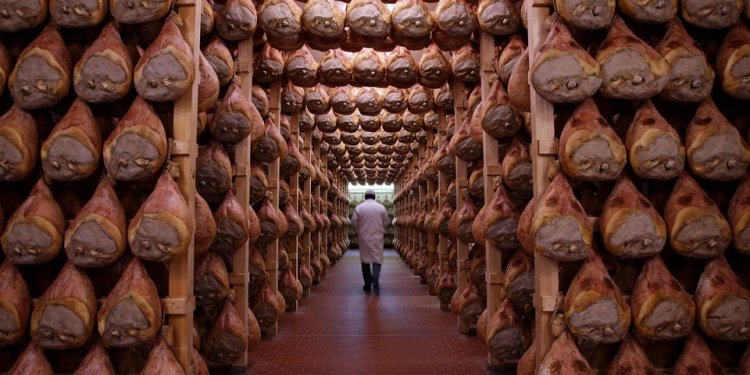 The production itself begins with the cooling of the product to two degrees. After that the salting is done, which consists of two stages. In the first stage, the legs are progressively rubbed with salt for a week, stored between salts in special rooms. Then the salt is gently removed from the surface of the product. In the second stage, the legs are salted with sea salt and stored for 20 days. At the end of the procedure, the salt residue is completely removed, and the pork is sent to “rest” in special chambers to be stored for 100 days.

After removal from the chambers, the legs are cleaned of salt and the excess parts are cut off. Then comes the drying stage, which lasts about two months. The dried ham is smeared with a special mixture of fatty deposits and sent to mature in a well-ventilated cellar. After one year, the product is checked for readiness and, if it passes the test, it is sent for sale.

READ
How to get to Bologna Airport, Marconi, Florence, Italy 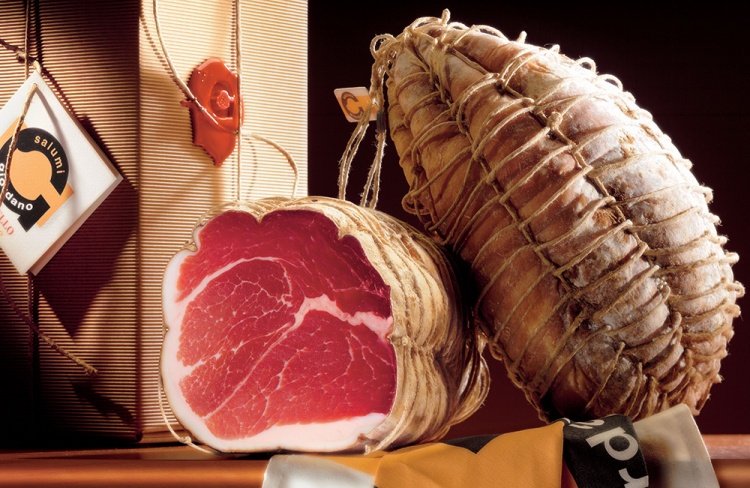 Although most of us associate Parma with Parmesan and Parma ham, Culatello is considered the main local delicacy. This product is made over a period of 36 months, so even the most famous houses in Europe have to order it in advance so that the delicacy is as fresh and tasty as possible for the appointed event.

Depending on the type of pork used, there are white and black Culatello. The first has a delicate taste, but it belongs to the mass delicatessen. But black Culatello, also called “wild”, is a real rarity. It is one that even members of royal families, who seemingly can get any product at any time, are forced to order two years in advance.

The process of producing Culatello raw ham begins with the cleaning of pig legs from bones and skin, as well as the separation of the best pieces of meat. The future product is then salted and tied with twine, which gives it its characteristic pear shape. At the end of salting the meat is placed under special presses, so that the salt penetrated as deep as possible and hung for a few days. After the so-called rest, the meat is sewn in a bladder and sent for a year to a special chamber where it matures. At the end of the specified period the meat is inspected for maturity and sent to the customer.

Culinary chefs of Parma have managed to create many unusual delicacies, which to this day are of great interest to gourmets. Delicious Parmesan and delicate Culatello will glorify this city for centuries to come.

Parma, the second largest city in Emilia-Romagna, is known for its ancient culinary traditions. UNESCO named it the city of creative gastronomy.

Parmesan and raw ham are two products that have become the brands of Italian cuisine around the world and are produced in Parma and its province.

In addition to cheeses and sausages, the dishes to try consist of local ingredients that convey the rich traditions of the area.

5 dishes to try in Parma

This is a very simple appetizer. The dough is made of white flour, first cold-pressed olive oil, lard, salt and water and then fried. 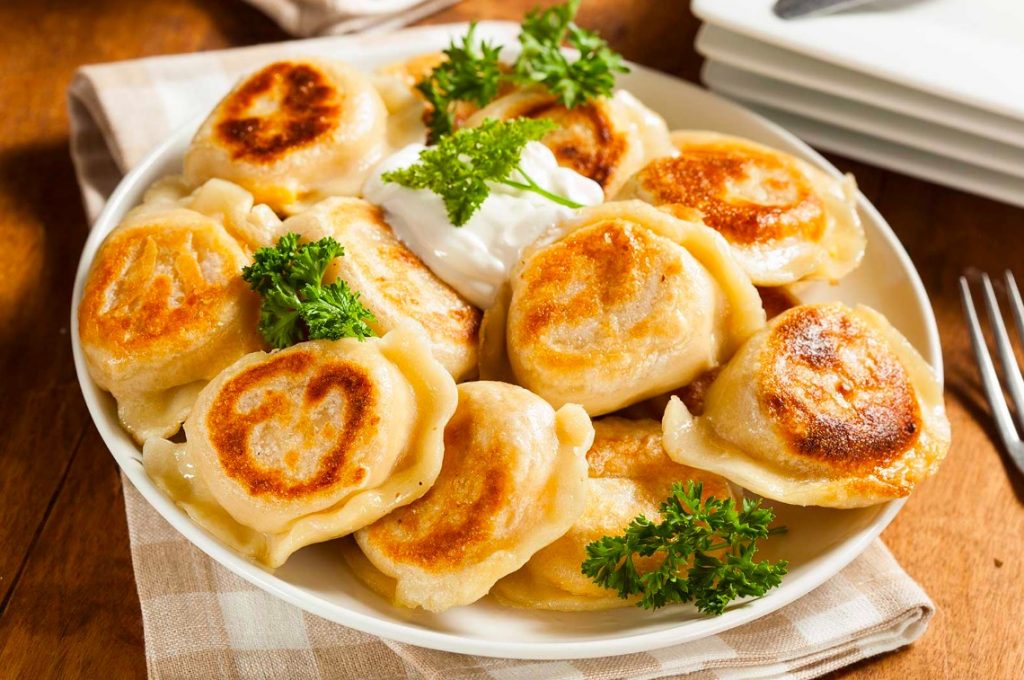 Usually served with cured meats, such as Parma ham, famous all over the world, which goes back to Roman times, or Culatello, or salami, derived from the best part of the leg of pork. Recommended for: appetizers.

This pasta, which is mostly eaten during the holidays, is a very expensive first dish for the inhabitants of these lands, known since the Renaissance . 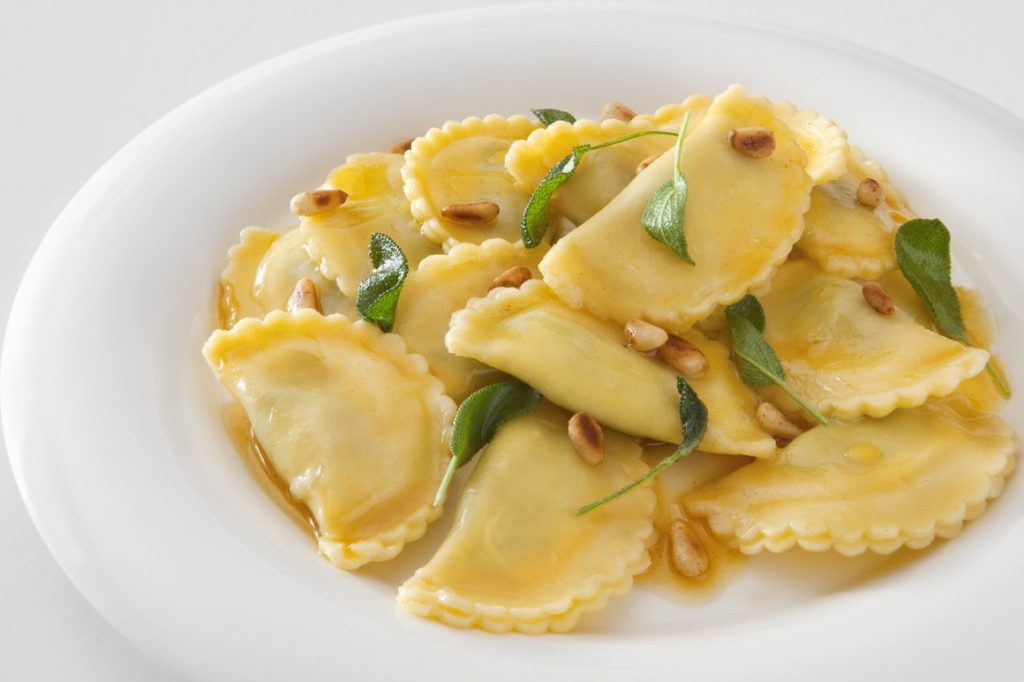 It is a kind of egg pasta with a filling that has a rather large round shape, jagged edges and a filling that consists of stewed beef, parmesan cheese, grated stale bread, egg yolk and spices. They are usually served in broth but can also be seasoned with butter and sage. Recommended for: first course for lunch or dinner. This is a sweet-and-sour tortelli usually eaten in the lower part of Parma, whose history goes back to the beginning of the nineteenth century. In fact, it is said that the Duchess of Austria, Maria Luigia, on certain occasions offered the boatmen of Sacchi (near Parma) a cake dol, namely a tortelli with a sweet filling. 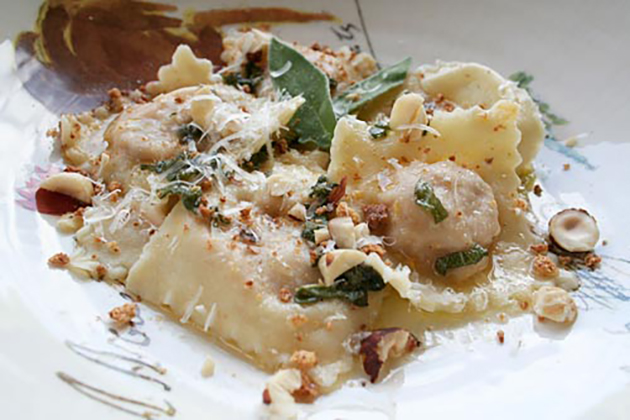 Once again, egg filled pasta, this time with pumpkin. This is a delicate dish in which the main ingredients are pumpkin and, obviously, Parmesan Reggiano. 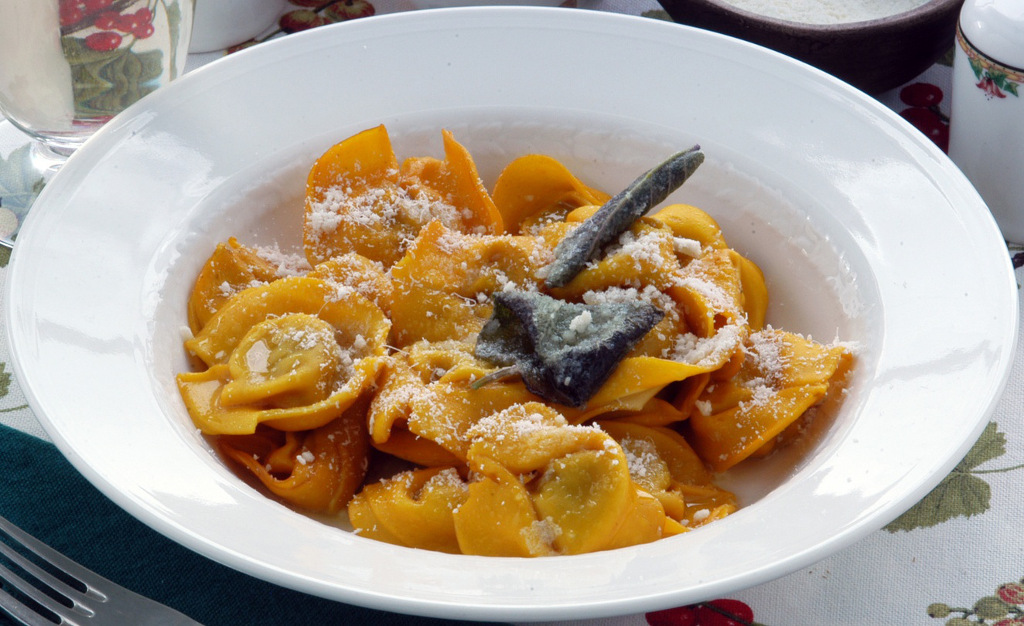