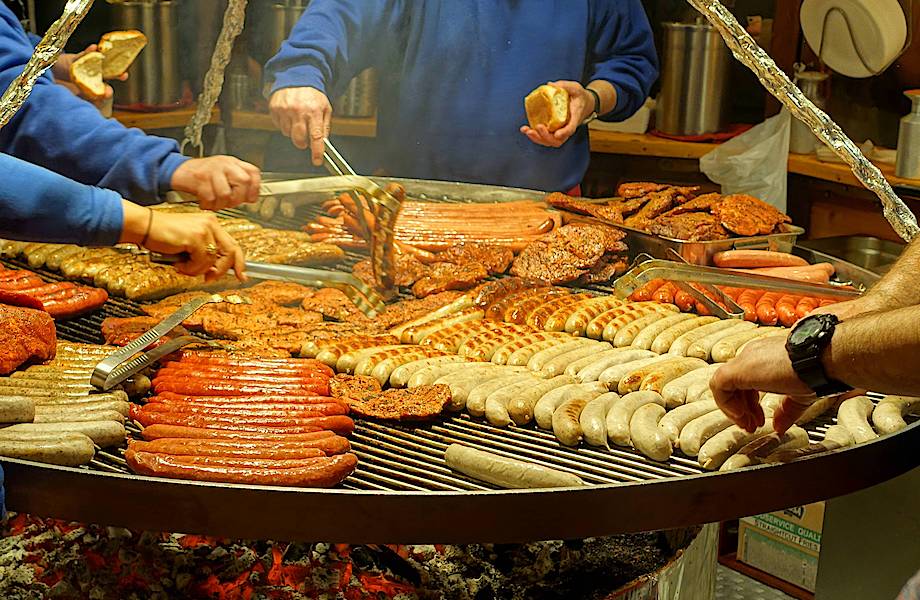 Agree that tasting the local cuisine is one of the best parts of a trip. After all, you can find something special in every country, and you don’t have to go to expensive and fancy restaurants to do it at all. After all, there is street food that is delicious and quite affordable. TravelAsk has collected the best street food from different parts of the world to show how colorful our world is. 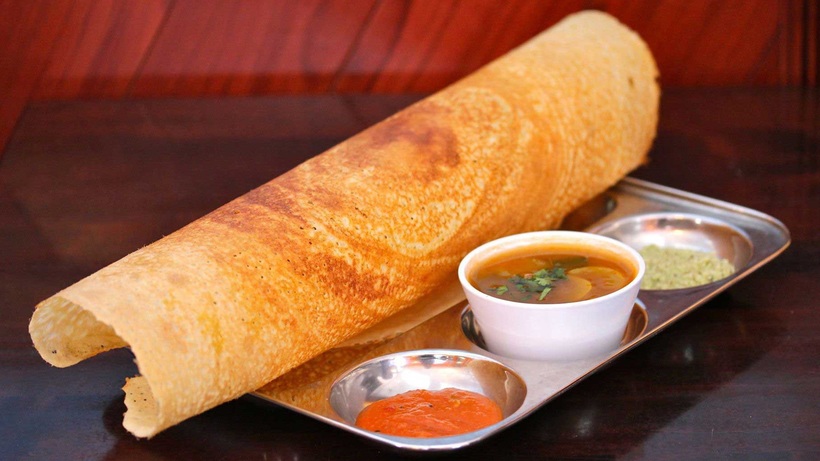 Indian food is delicious, which is why it is known all over the world. Once, masala dosa was only common in the south of India, but now this street food can be tasted in any region. Masala dosa is a thin flatbread made of rice and lentil flour (actually, this pancake is called “dosa”) with potatoes, green chilies, onions, and various spices. 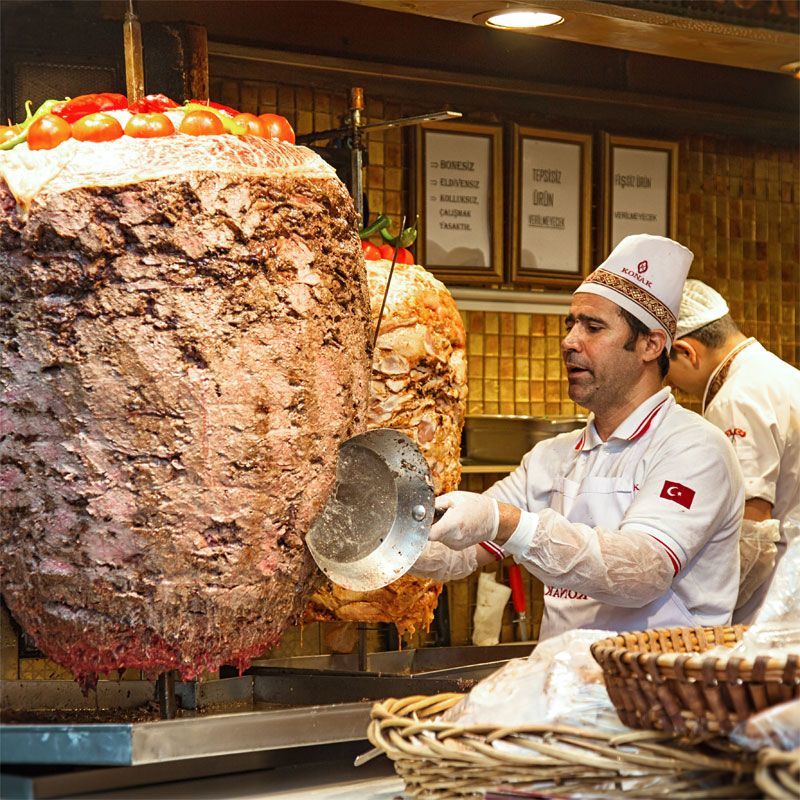 Well, döner kebab, also known as shawarma or shawarma, needs no introduction. It was first introduced to Europe by Turkish immigrants in the 1970s. And since then, shawarma has become so popular that you can buy it in almost any European city. In Turkish, döner kebab literally translates to “rotating kebab.” Its main ingredient is chicken, lamb, lamb or beef, which are slowly fried on a vertical spit. All this is served in pita bread with vegetable salad. 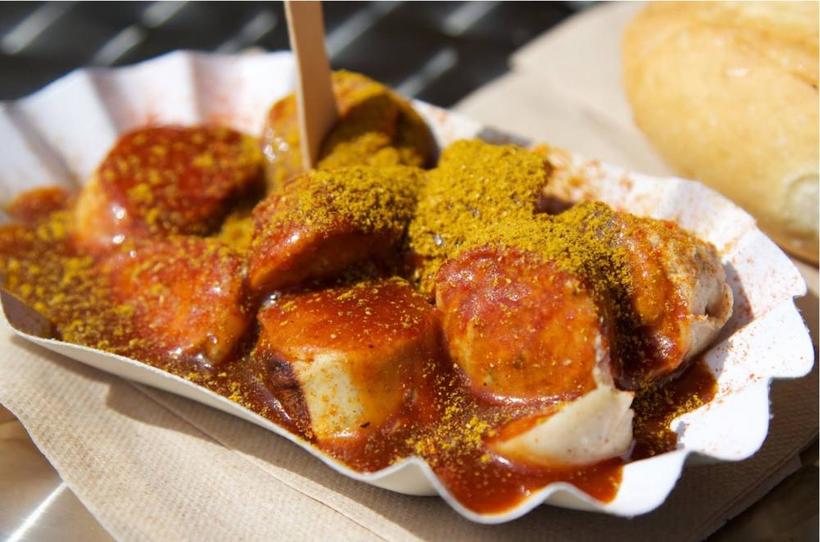 The currywurst is considered to have been invented by Gerta Hoyver for the first time. In the postwar era, she owned a small snack shop in Berlin, and the fried sausage with ketchup and curry sauce became very popular with the construction workers who were rebuilding Berlin. Nowadays, you can buy currywurst in absolutely any German city. 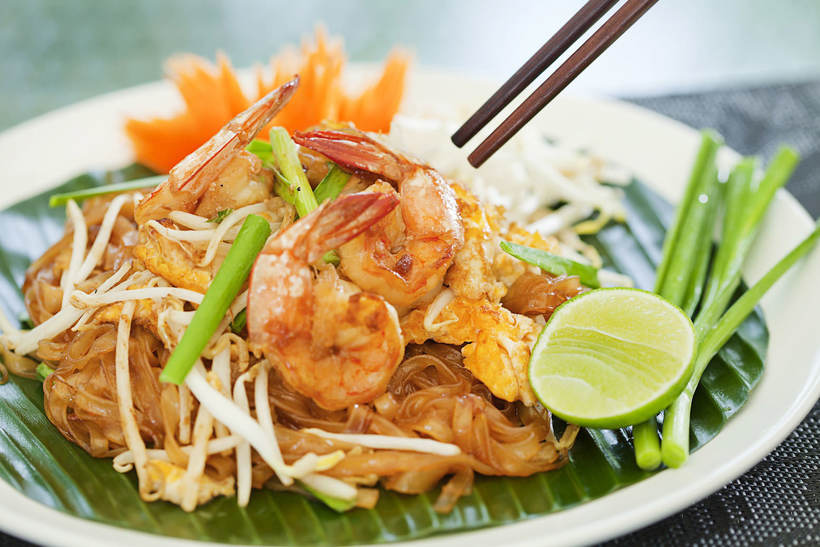 Thailand’s main street dish topped CNN’s 2011 list of the “50 Tastiest Foods in the World.” And really, what would Thailand be without pad thai? They are rice noodles fried with tofu, eggs, shrimp, sprouted soybeans, and roasted peanuts. Often the shrimp is replaced with chicken or duck. Pad Thai originated during World War II, when there was a shortage of rice in the country, and in order to reduce its consumption, they began to make noodles. And now it is the most important street food of Thailand.

READ
Turkmenistan - Asian country with the most difficult visa process 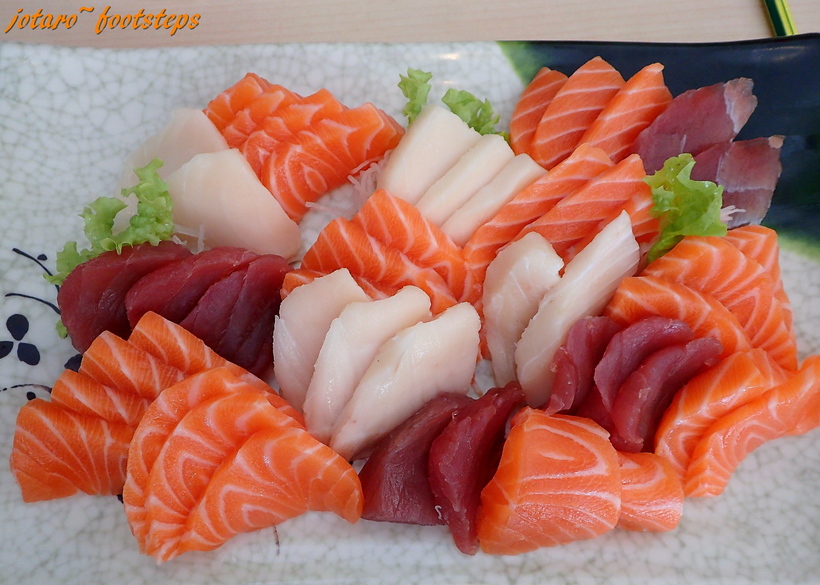 This Japanese delicacy has long been known outside of Japan. Still, there’s nothing better than tasting it in the Land of the Rising Sun. Sashimi is the freshest fish sliced into thin slices of varying thickness. The most popular ingredients for sashimi are salmon, tuna, fugu, squid and shrimp. 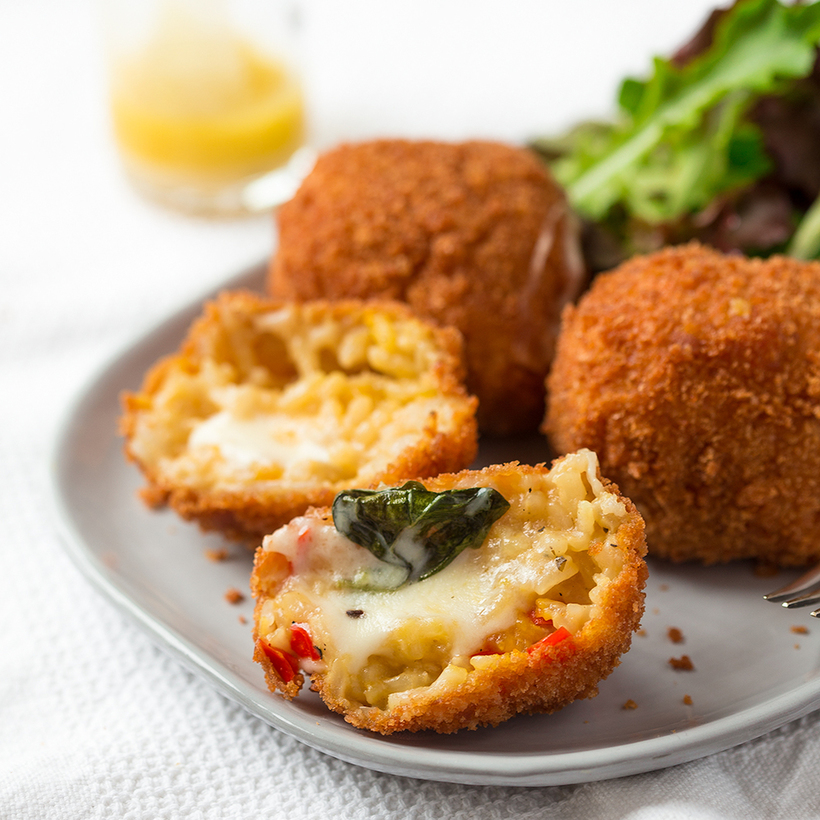 Despite the fact that arancini translates to “little orange,” this dish has nothing in common with oranges. Except for the shape. These are rice balls stuffed with stuffing, mozzarella and peas. They are crumbled in breadcrumbs and deep-fried. This dish first appeared in Sicily in the 10th century, but now you can try it in any Italian town. 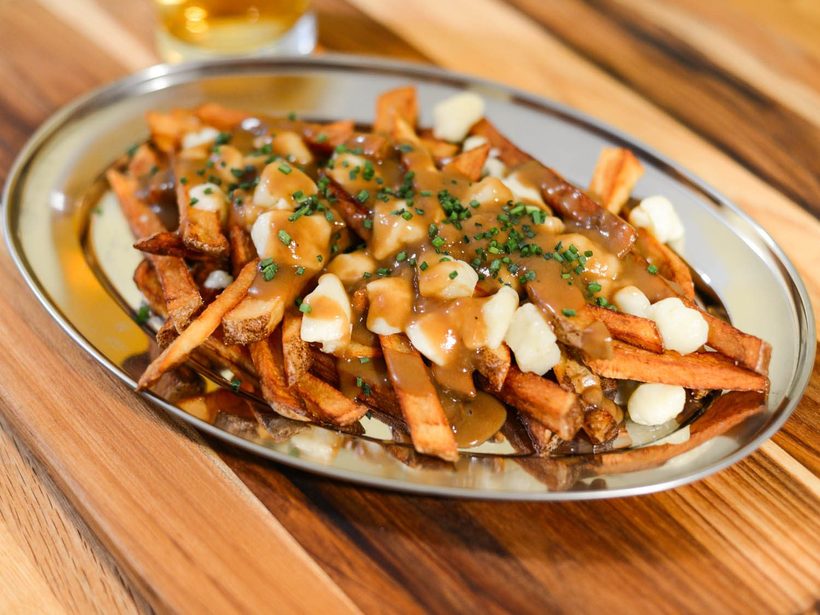 No, no, we’re not kidding, but one of Canada’s best street foods that you simply must try is poutine. It was first made in Quebec in the 1950s and has since become popular across the country. It is probably the most adored unhealthy food of Canadians, in the country poutine is served in all fast food establishments. Well, the composition is very simple: it is French fries with young brine cheese and slightly sweet sauce. 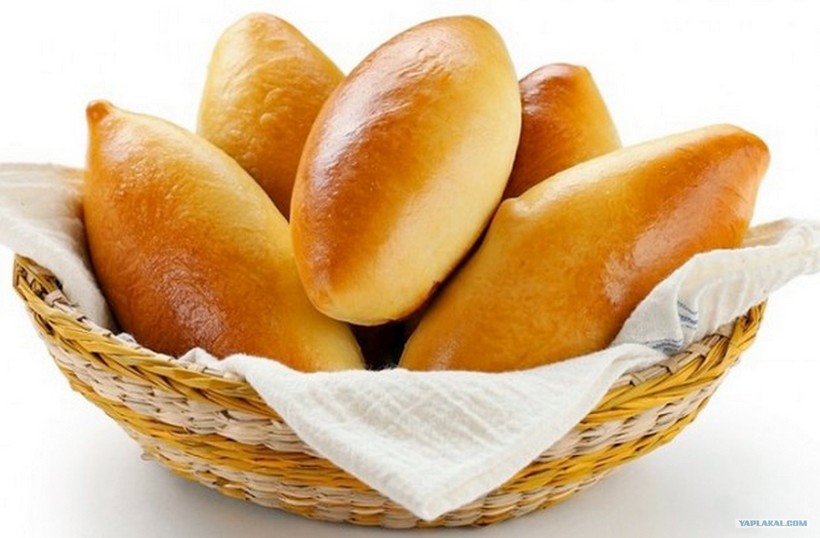 Yes, yes, friends, where can we go without our traditional food))). Foreigners tell us about our pirozhki that they come from the word “feast”, so what can be a holiday without pirozhki? You can buy little pirozhki everywhere, in small stores and cafes, and their fillings are completely different. 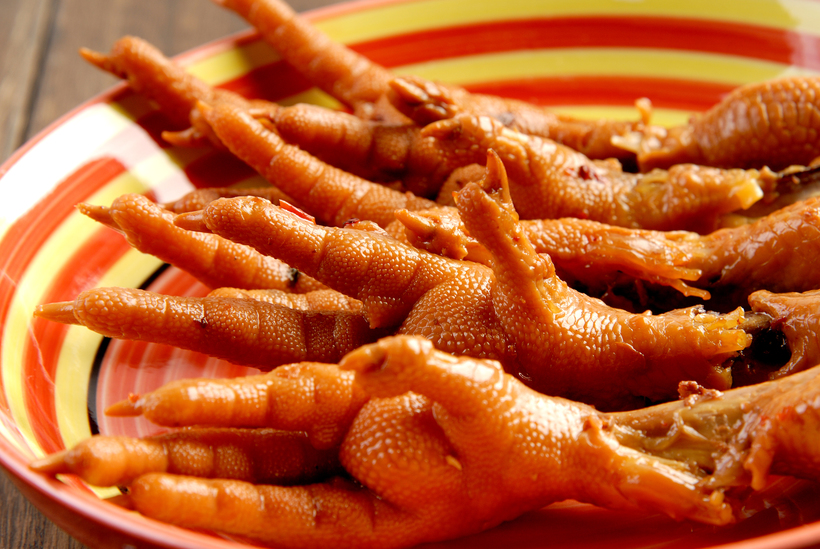 Well, this street food, of course, we do not urge you to try, but in its popularity you can not doubt. The Chinese believe that chicken feet are very healthy, so this dish can be found in other countries. They add sauces, flavorings, chilies, they are fried and salted to chicken legs. 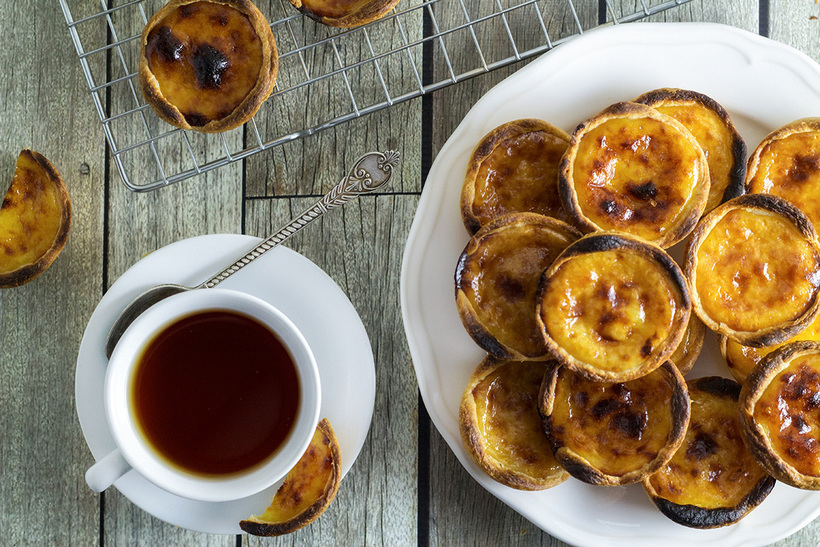 Pastel de nata are little cakes that are very popular in Portugal, as well as in the countries that were once its colonies. They are made from puff pastry with custard based on egg yolks. It is considered that the monks invented this exquisite dessert in the 18th century: they used egg whites for starching clothes and the yolks were used for baking. There are even pastry shops all over Portugal where you can enjoy this pastry. 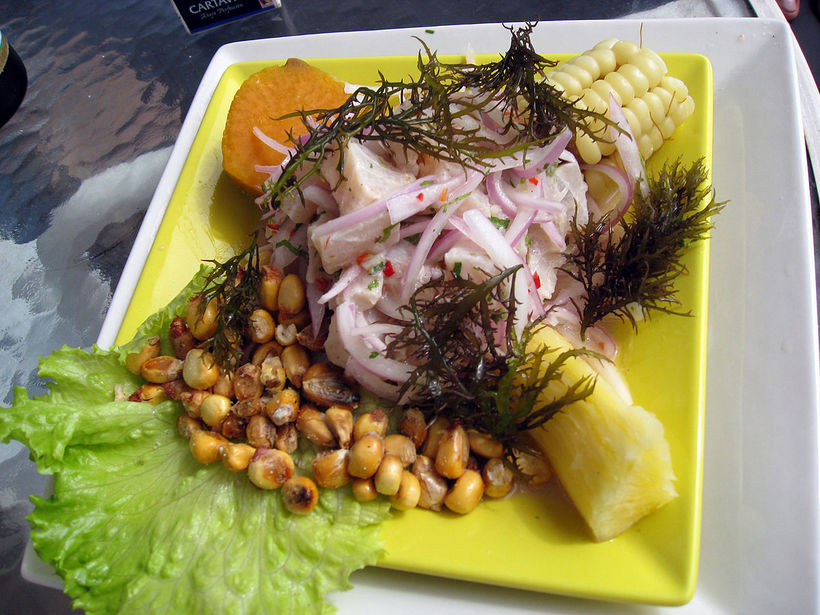 Ceviche was not only declared part of the “national heritage” of Peru, but the country even has a holiday dedicated to this dish. And there is also a monument to ceviche in Peru’s capital. Many of us are afraid to buy food from stalls, considering its quality very questionable. However, in some cities of the planet you can eat on the street quite safely, moreover, sometimes you can find real delicacies there!

We present a geographical guide to the tastiest street food in the world. The main dish of Berlin that you can eat on the go (as well as any other German city) is sausages. They are usually served with bread and sauces in the manner of a hot dog, but can you compare them to this primitive creation of the American mind? In Germany, every city favors a different kind of sausage: it may be spicy or not so spicy, thin or very thick, deep fried – almost crispy or tender. The only regret remains that in recent decades traditional sausages from German streets are gradually being replaced by Turkish-Arab kebabs and shawarma. In dignified and somewhat prim and proper Brussels, people love to eat out. Locals can’t pass by the booth selling French fries, and the Belgians claim they invented it. They usually put the fried potato sticks in a paper envelope, not forgetting to slap a spoonful of mayonnaise on top. And tourists are more fond of buying waffles on the streets with cream, strawberries, nuts and a couple of dozen other toppings, while Brussels residents prefer just waffles with sugar.

READ
Borneo: journey to the island of Borneo In Palermo, no one will look down on a man snacking on the go, because Italian cuisine is so beautiful that you can eat it all the time. And Sicilians don’t limit themselves to just one dish, the con le mani trays offer a complete meal: crocchè (potato croquettes), panelle (deep-fried chickpeas), agape (deep-fried rice balls with various fillings). You can have a snack with beef spleen sandwich or delicious sfinciuni – onion pie (usually sprinkled with cheese). Turkish doner kebab can be found in any European city today, but in Istanbul the street menu is much more varied. Throughout the city you can find different kinds of simit bagels, hawk börek (puff pastry), kumpir (baked potatoes stuffed with different fillings, from ketchup to pickles and sausages). Drink it all down with freshly squeezed orange, grapefruit or pomegranate juice, which are also sold on every corner. In any of the local markets, amidst stalls full of tapestries, hookahs, and ceramic dishes, there are always a few stalls with local meat and various grains, lavishly seasoned with spices. The greatest selection of street food in Marrakech is in the main square Djemaa el Fna, where big trays of snails are next to pots full of seafood, vats of lentil soup (harira) smell fragrant, and all surrounded by giant bags of dried fruit and nuts. During lunch and dinner, most streets in the Thai capital are lined with stalls of all sorts of exotic delicacies. Fear not, you’re not forced to eat the cockroaches and grasshoppers that are popular in these parts. You’re limited to plain noodles or rice with a variety of additives or a barbecue of some kind (beef – nua, chicken – kai, or pork – moo). Don’t forget to ask for a bowl of yummy soup and for dessert get kluay ping (fried bananas) or khanom krok (coconut pudding). Shanghai is another city where you can safely eat penny street food. You have to be careful though, more so because you might come across something incredibly spicy. The stalls offer hundreds of dishes from bean and crab cakes to baked yams, but the most common dumplings you’ll encounter are both meat and vegetarian fillings. Of course, when you think of Mexico City, you immediately think of tacos, but the Mexican capital has many surprises in store. Most of all snacks (antojitos) are sold here, such as fried corn (elotes) or oblong corn tortillas with all sorts of fillings. Food stalls can be found all over the city, especially in the center, at the bustling Mercado San Juan in the Cuauhtémoc neighborhood and La Merced in the neighborhood of the same name. In Chicago, artisanal food sales are officially banned, so all vendors work semi-legally – in special vans – but that doesn’t make the food any less delicious! There are plenty of these food outlets, so if you find yourself in this city, you can always grab a quick, tasty (and most importantly – safe) snack of small meatballs meatyballs mobile or southern mac & cheese – a cheese sandwich. Perhaps nowhere is there more of a street food scene than in cosmopolitan New York City, where dozens of cultures mingle. There are thousands of typical American hot dogs, Turkish kebabs, German pretzels. More recently, schnitzels and meatballs have become popular, sold from mobile vans. Street food in this city has become a real attraction – there’s even a special tour devoted to what and where to buy from the stalls.