Cities are almost like people: they are born, live, grow old and even die. But, unlike the status of a “reasonable person,” the status of a city is not assigned to a settlement forever. So former cities are disappearing from the map of Russia, merging with each other, turning into villages or ceasing to exist altogether. Does this fate threaten the smallest cities in Russia? 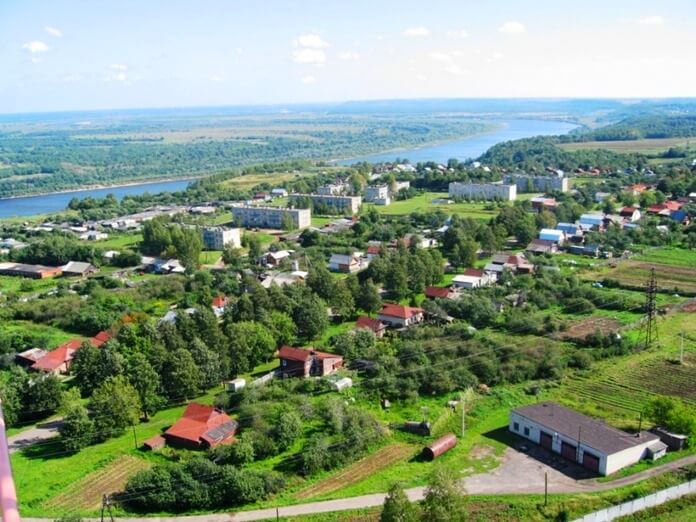 The first mention of Gorbatka dates back to the XVI century. Gorbatov is located in Nizhny Novgorod region. Already from the moment of its existence it was not big and its population did not exceed four thousand people.

In recent years, there has been an active outflow of population from Gorbatov, and 2017 was a record year for the city – the population was the lowest in its history.

However, despite the size of the population, Gorbatov is a kind of celebrity in the world of cinema. After all, it is where Nikita Mikhalkov filmed episodes of “The Barber of Siberia” and “Burnt by the Sun 2. And really, what is the best place to portray a sleepy provincial town on the screen? 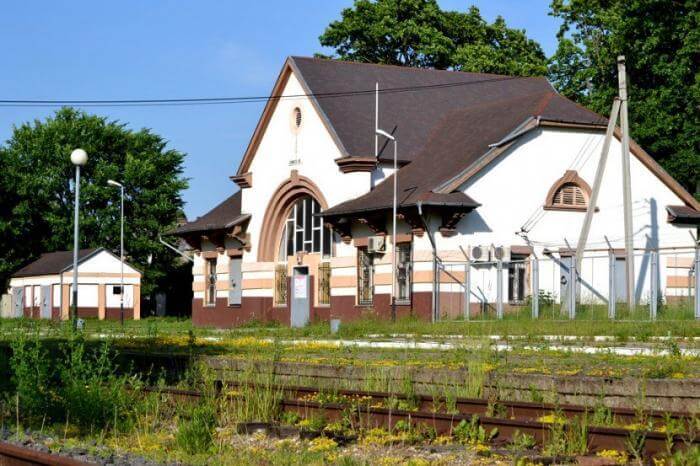 Primorsk is located in the Kaliningrad region, on the shores of the Baltic Sea. People have been settling there for a long time, so Primorsk is an ancient town. The first mention of it (under the German name), dates back to 1288.

Then the future Primorsk was of great importance, served as a district center, and even received its own coat of arms, which survived to this day.

Over the centuries, the city shrank in size and, starting in the 18th century, the number of its inhabitants rarely exceeded a modest two thousand. Attempts were made to deprive Primorsk of its town status several times, but it was invariably restored. Residents of all these perturbations do not care, they lived in a quiet town with old houses left from German times, and still live. And the places there are beautiful – one sea of what stands out!

READ
The Finns are a fascinating people 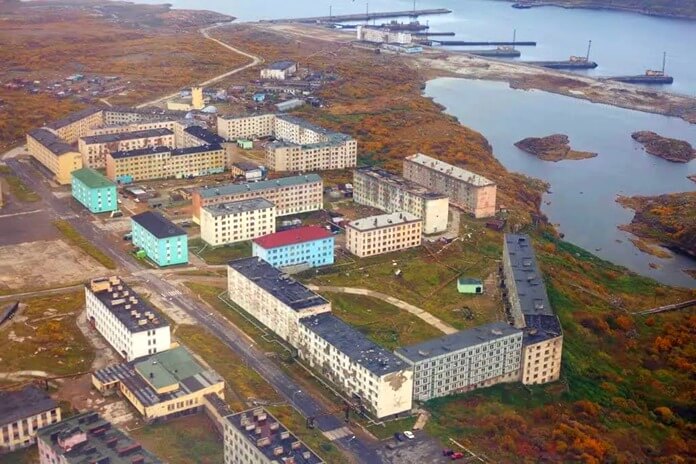 Before the Soviet regime the town used to have a difficult to pronounce name Yokanga, then it was renamed to Gremikha. But in fact, under this unassuming name was concealed a naval base, from where Russia threatened not only the Swedes, but the entire capitalist western world.

The latest advances in military science, like strategic missile-carrying missiles, were based there. And then, after the collapse of the Soviet Union, the base began to store spent nuclear fuel. 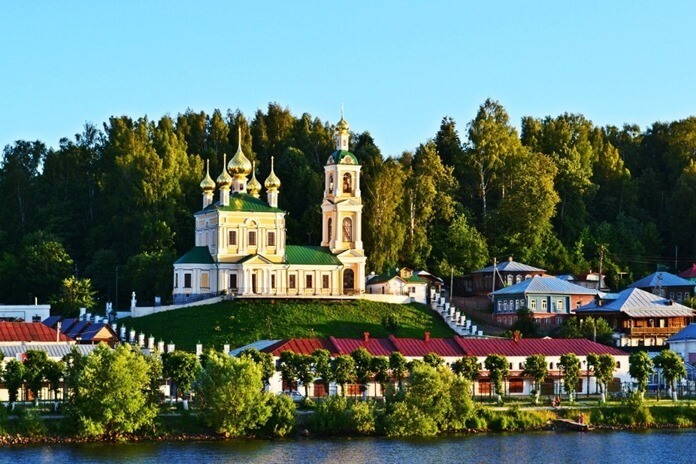 Let Plyos – a small town, but a very important. He is the only one of the ten tiniest towns in Russia included in the list of historic settlements of federal importance. And it is famous not even for its antiquity (the first mention of human settlement in this place dates back to the XII century), but for the fact that in the XIX century it worked, rested and entertained famous Russian people of art.

One of the most fabulous cities in the world has seen many celebrities, from Savrasov to Chaliapin, but most of all Levitan made it famous. It was there that he wrote most of his works. Since then, Plyos is firmly associated with the world of art. Every year there are film, music and even sports festivals.

And even if its own population is becoming smaller every year (from 4000 inhabitants at the beginning of the 90-ies it decreased to 1796 people), it seems that Plyos does not threaten to disappear. They will live in it, they will travel to it, they will love it. 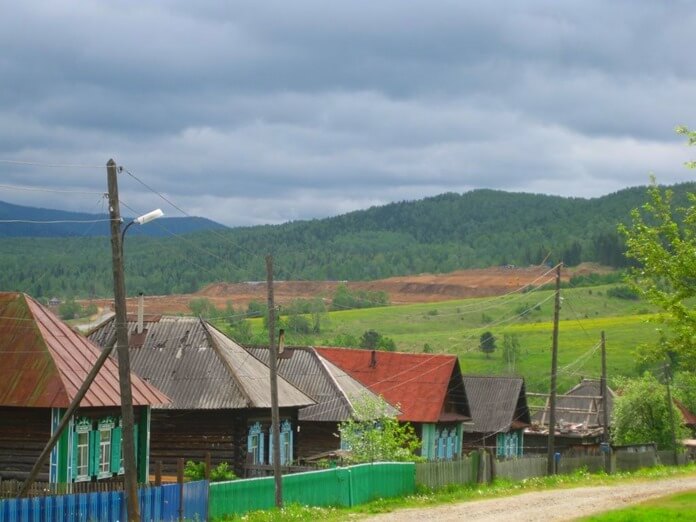 This is one of the many mining villages founded in Siberia, when the deposits of valuable metals were found there. Artyomovsk was given life by mining gold at a nearby mine.

It’s hard to believe that at one time this little town was considered quite a decent-sized town. In the ’60s and ’70s, its population exceeded 10,000 people. But something went wrong, and perestroika finally brought it down. Since then, Artemovsk has been slowly dying. 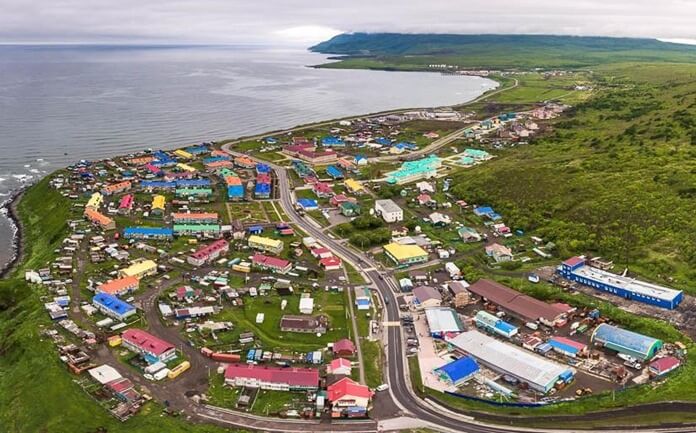 The city is located on an island in the Pacific Ocean, which once in a century or so changed owners, changing hands from Russia to Japan and back again. So Siana, which in the middle of the nineteenth century became Japanese, after the end of World War II became part of the Soviet Union.

So that nothing would remind of the former masters, the country’s government hastened to get rid of the Japanese names, turning Syanu into Kurilsk. Of course, no one asked the opinion of the indigenous population, the Ainu; however, by that time they had almost completely disappeared from the face of the Earth. The only thing left of them is fishing, which the current population of the city is also engaged in. 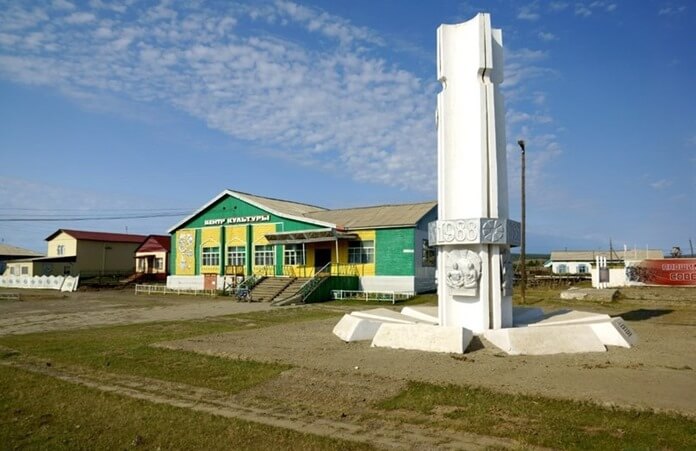 This is the northernmost town of the Republic of Yakutia. Historically, unwanted revolutionaries, political opponents and other troublemakers were exiled to this tiny settlement, in a white silence.

In addition to its exiled past, Verkhoyansk is also famous for being the coldest city in the world. In winter the temperature may reach a terrifying value for any warm-blooded creature -67.7°. Not surprisingly, the city’s population has never exceeded the figure of 2,000 souls. 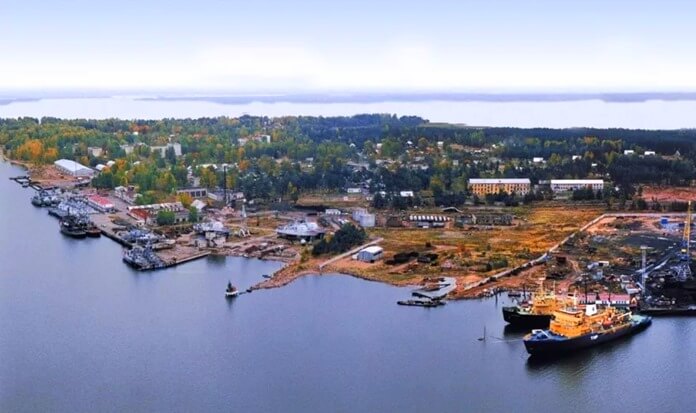 From the eastern limits of our homeland we move to the northwest, to the Leningrad region. It is there, on the island of the same name in the Gulf of Finland, and the city of Vysotsk is located.

Previously, there was a modest Karelian-Finnish settlement Uuras, whose inhabitants were engaged in fishing. But after part of the northern territories fell into the hands of the Soviet Union as a result of World War II, as in the case of the Kurils, the settlement was renamed Vysotsk.

It is now a small port town, where some of Russia’s frontier ships are based. After an oil terminal was built near Vysotsk, the town’s population grew by almost a third (from 1,200 to 1,750). However, it has been impossible to exceed the mark of 2,000 residents, especially since 2010, when people started leaving Vysotsk. However, the city services are not discouraged and are even planning to build a sports center with the latest science and technology. 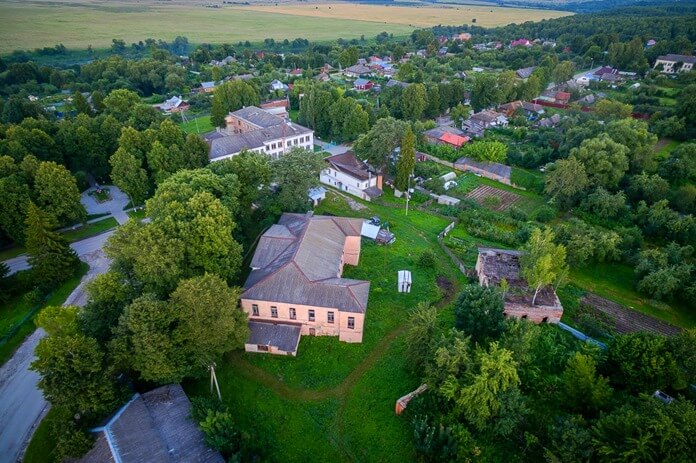 This Russian city, which for a long time held the palm of primacy in miniaturization, has a long and glorious history. It once served on the front line, part of the defensive line against the Khanate of Kazan. Then it was a prosperous trading center, living off the rafting of goods on the Oka River. Then the river shallowed, and the railroads – the new trade artery – bypassed the city. So Chekalin (then still known as Likhvin) began to lose people until it reached its current sad state.

The residents of Chekalin themselves do not want to lose their status of city dwellers. Even the generous promises of the district administration, which offered the townspeople lower utility rates and various bonus payments, did not tempt them.

No, the residents of Chekalin are even ready to suffer material losses, but to defend their city. Well, such love for their place of residence can only be envied. Perhaps tourism will breathe new life into the city. After all, the places there are beautiful, and Chekalin is only 250 km from Moscow. 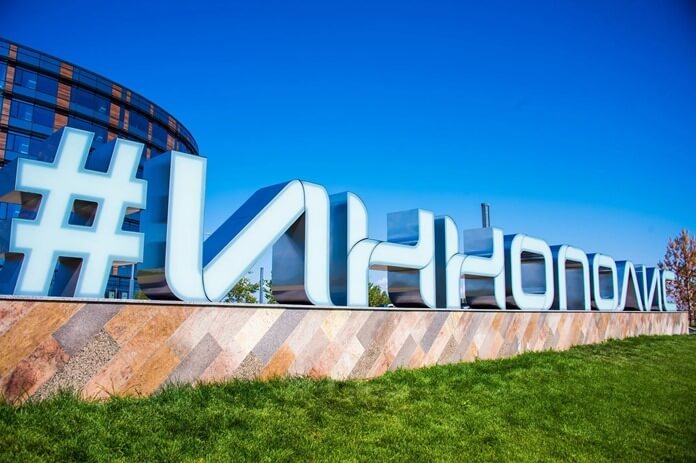 The smallest city in Russia in terms of population in 2019 is located in the Republic of Tatarstan science city. It is distinguished not only by its small size, but also by the fact that it is one of the rare cities that appeared on the map of the Russian Federation after perestroika.

The President of the Republic of Tatarstan was the first to speak about the creation of an advanced science city. It was supposed to be a modern city with all the necessary infrastructure, where high minds would quietly engage in science and earn fame and money for the Republic. And the service staff will take care to make it comfortable and convenient for them to do so. The layout of the city was created by a venerable Singaporean architect, and the name was personally chosen by the ruling elite of the republic. 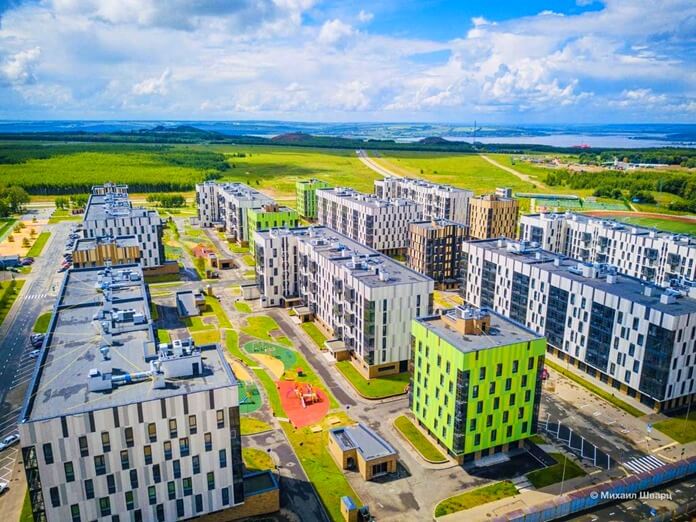 The city officially opened in 2015, and at the time its population was only 10 people. Over the past four years, it has increased 40-fold and now has as many as 407 inhabitants.

At this rate, Innopolis has only 388 years to reach the announced figure of 155 thousand residents. In the meantime, these 407 people luxuriate in an area designed for a much larger number of people. 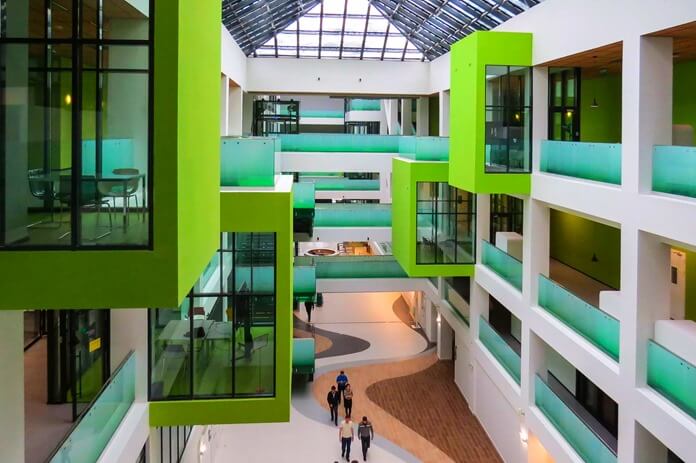 The city has its own university, an international school, a medical center designed to admit 500 patients a day, as well as the city’s stadium and sports center. It’s even a shame that this splendor is rarely brought to life by human figures. True, the residents themselves are happy because their town is quiet, peaceful, the air is fresh, and everyone knows each other. And if you want to be civilized, Kazan is very close, and you can get there by cab.