The most dangerous seas for recreation 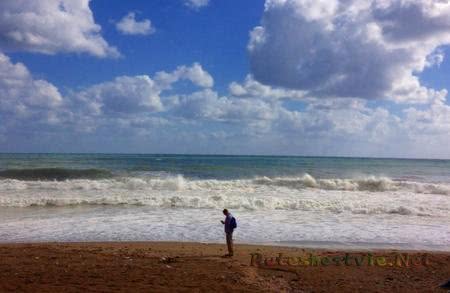 Almost everyone in the harsh winter cold dreams of being on the shore of a gentle sea, the warm waters of which lean fluffy palm trees. But, going on a trip abroad, we do not even suspect that the sea can be dangerous and even deadly. The world’s oceans include one hundred and two water areas, and many of their beaches are known throughout the world for their heavenly beauty and are an ideal place for family holidays, but among them there are seas that bring death to man. Today we have made for you rating of the most dangerous seas in the world, and you probably will be surprised to see in the list the famous Red Sea, for the sake of the underwater beauty of which many tourists are so impatiently waiting for the opening of air communication with Egyptian resorts. By dangers to human life and other threats of the seas we mean complex weather phenomena and conditions, unexplained disappearances of ships and their crews, and predatory underwater inhabitants. The ranking of the dangers of the seas is made as they increase. 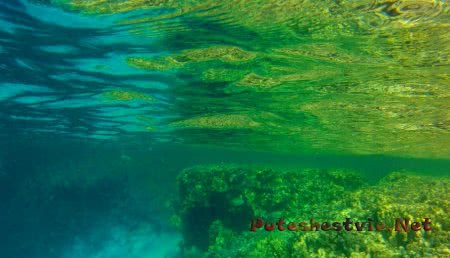 Sargasso Sea – Located within the waters of the Atlantic Ocean, the Sargasso Sea covers six and a half million square kilometers of land surface. The water area of the Sargasso Sea should be looked for on the map between the Canaries and Florida. It has no coastline, except for the Bermuda Islands, which were created by Mother Nature herself after the eruption of underwater volcanoes. It is a very calm body of water with a constant high atmospheric pressure. Nevertheless, since the creation of the sailing fleet, the Sargasso Sea has become a graveyard for a huge number of such ships. This is because there is often a complete calm here, when for weeks there is not even a slight breeze over the surface of the water. Thus, sailing ships would lie idle for days at sea, during which time their propellers would grow brown algae Sargassum, which gave its name to this body of water. Understandably, the people aboard the ship were dying of dehydration and starvation. In addition, the Sargassum Sea, is in the area of the infamous Bermuda Triangle. The water body is known for outbreaks of extreme geomagnetic activity, during which all electronic and navigational instruments stop working. Thus, in the Sargasso Sea for several centuries have lost thousands of ships, and in the last century and planes. Even in our high-tech time, the Sargasso Sea, is notorious among sailors. 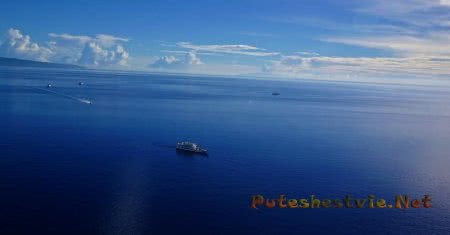 The Timor Sea is the fourth most dangerous sea for humans in the world. It is located in the Indian Ocean, look for it on the map between Australia and the island of Timor. In addition, this sea, which some people call “Orange”, washes the shores of Indonesia. The area of the reservoir is slightly less than five hundred thousand square kilometers, and the water area is located directly above the faults of tectonic plates. The depth of the Timor Sea is modest – up to two hundred and fifty meters, its deepest place – the exception, is the Timor Trench, which goes into the Earth’s strata at three thousand three hundred meters and is known for strong seismic activity.

Part of the Sea of Orange is part of the Sahul Shoal, and there are a large number of barnacles, coral reefs, and atolls. This sea is one of the warmest in the world, for example, the water on the coast of Australia in December and January heats up to thirty-one degrees Celsius. And yet, do not advise to go to rest on this sea, because there reigns a subequatorial climate, which brings the monsoons. Typhoons, hurricanes and cyclones are not uncommon here. The most notorious typhoon Tracy destroyed the coastal Australian town of Darwin in 1974, turning it into ruins. And in 2017, Hurricane Francis raged here, with wind gusts up to one hundred and twenty kilometers per hour, and it swept away everything in its path. It is worth noting that careless travelers in the Timor Sea are waiting for various dangerous creatures – jellyfish, siphonophores, spiny fish, whose touch is poisonous, cone clams, octopuses, even sea crocodiles and, of course, a variety of sharks – mako, tiger, blue, great white. 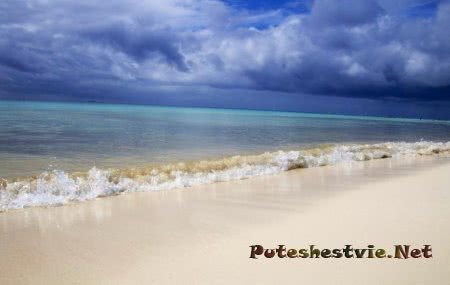 The Caribbean Sea – this area is really great for recreation, but only if you know about all the dangers that may await you in its warm, azure waters. Resorts and ideal beaches of the Caribbean Sea we associate with the adjective “paradise”, and it is difficult to argue with this, because here – sparkling in the sun soft white sand, exotic palms with clusters of coconuts, sheerest transparent water, beautiful underwater world. The Caribbean Sea is located in the Atlantic basin between Central America, South America and the Antilles. On the coast there are many countries: Colombia, Venezuela, Panama, Costa Rica, Nicaragua, Honduras, Guatemala, Belize, the Mexican Yucatan, Haiti, Cuba, Puerto Rico, Jamaica, Dominica, Barbados, the tiny states of the Lesser Antilles. Going to the Dominican Republic, Cuba or Jamaica is the dream of every second tourist. The Caribbean Sea seems to us an idyllic place, however, its charm is often violated by the strongest storms and hurricanes, because this body of water is the leader in such elements in the entire Western Hemisphere. Hurricanes are a deadly threat to residents of the islands as well as resort coastal communities. They easily destroy entire coral atolls and reefs. Every year between June and November there are no less than nine major tropical hurricanes in the Caribbean Sea. The Caribbean is seismically active, with frequent underwater earthquakes triggering tsunamis. This sea is distinguished by diverse and incredibly attractive types of aquatic world, its marvelous underwater landscapes attract divers from all over the world. The underwater fauna is also very well represented. It is worth warning that in the waters of the Caribbean Sea resides a large number of shark species, both dangerous to humans and “non-hazardous”: reef sharks, bull sharks, silk sharks, nurse sharks, six-jawed, squatters, tiger sharks, white sharks, hammerheads, blue whales. At Caribbean resorts, it is not uncommon for vacationers and water sportsmen to be killed by shark teeth. It is worth mentioning another sea creatures – fisals, which are unusual air bubbles, shimmering in the sun. When an inexperienced vacationer touches the hand to such a glowing balloon, it gets an instant injection of poison and quickly developing burns. The fact is that in its composition the toxic venom of the physalis is almost the same as the venom of the cobra. Not very pleasant for a man will be a close encounter with jellyfish and sea urchins that live in the warm waters of the Caribbean Sea, because they can also get serious injuries – burns, punctures. 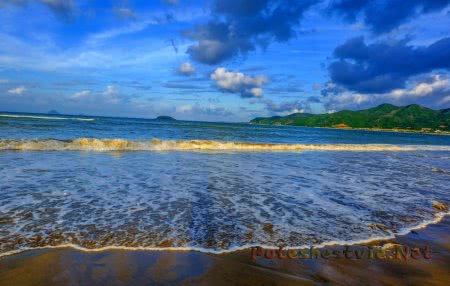 The South China Sea is part of the Pacific Ocean on the fault of two tectonic plates. The sea washes the coastal area of several states and covers more than three and a half thousand square kilometers. It is located between the Philippines, Indonesia, Brunei and the Indochina peninsula. It is worth noting that the rest in the countries, washed by the South China Sea: China, Vietnam, Cambodia, Thailand and Singapore, is very popular among Russian tourists. In addition, less popular countries in terms of seaside recreation among Russians are the island states of the Philippines, Indonesia, Taiwan, Malaysia, Brunei. Also, the South China Sea washes the coastline of the islands of Hainan, Kalimantan, Sumatra, Palawan, Puerto Princesa.

A very dangerous natural phenomenon that can await tourists vacationing at resorts in various countries bordering the South China Sea are large tides of up to five meters in height. Such tides are once or twice a day. There are strong typhoons in the summer and fall. In the winter, the South China Sea is invaded by orthogonal currents that sweep even well-trained swimmers out to sea. There are strong hurricanes, which create four-meter waves. By the way, the resort of Nha Trang in 2017 was badly affected by typhoon Damri, which with strong gusts of wind, reaching one hundred and ten kilometers per hour, blew flimsy houses of local residents to pieces. As for biological threats, there are some. The waters of the South China Sea are inhabited by many creatures dangerous to humans: stingrays, moray eels, swordfish, sabre fish, sharks. Particularly large sharks that can be found here are – blue, mako, great white, tiger – mainly they prefer to live in the waters near the Philippines, Palawan Island and the island of Puerto Princesa. Quite often sharks are also found in the resorts of Vietnam. Periodically, sharks attack people. For your own safety, you should be aware that at a distance of ten meters from the shore, sharks may already attack you. Although the last documented shark attack on a tourist in Vietnam was in 2010. It is worth mentioning that jellyfish, which love to appear in shallow waters, cause more problems to people than sharks. Dangerous to humans are jellyfish or “sea wasps”, which have very thin tentacles, they can be difficult to see even in clear sea water, and when they touch the person receives poisoning potent poison – neurotoxin. Although burns of their brethren belonging to other species, too, no one will be delighted. Actually, because of this, tourists can observe such a picture that locals swim in their clothes. If you go on vacation in the South China Sea, then always carry a small bottle of vinegar or lime juice in your beach bag, it will help to weaken the jellyfish burn. In addition, we do not recommend you to bathe in the sea in the rain, or when the surf is strong, just then jellyfish near the shore may be very much. As for holidays in the famous Vietnamese resort of Nha Trang, there accumulates a huge number of jellyfish during the period from October to May. 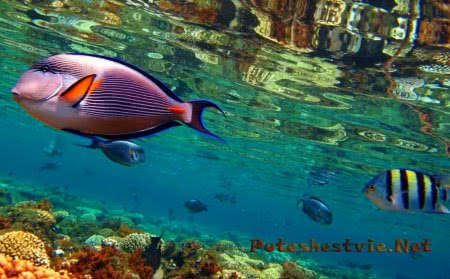 The Red Sea is one of the most favorite bodies of water of tourists from different countries. However, the Red Sea is the most dangerous sea in the world! The Red Sea is a part of the Indian Ocean, clear, clean, with a perfect underwater world, myriads of colorful fish, kilometers long colonies of corals, attracting hundreds of thousands of vacationers, and yet it carries a deadly threat. This body of water bathes several countries: Egypt, Israel, Jordan, Yemen, Saudi Arabia. The popularity of recreation on its warm shores adds the fact that the “cold” water temperature is considered here – twenty-one degrees in winter, while in summer the water is heated to a comfortable thirty degrees. The Red Sea – a paradise for divers, fishermen, photographers, who are engaged in underwater hunting. But among the pluses there are significant minuses. The richness of the underwater world conceals a lot of dangers for humans, lurking in the gentle waters of the Red Sea: there are forty-four species of sharks, snakes, poisonous corals and sponges capable of severe burns and cause terrible allergic reactions, prickly sea urchins, moray eels, pricks and stings which can lead to severe blood loss, intoxication, sometimes leading to death. Over the past year in the waters of the Red Sea breed a lot of tiger sharks and gray reef sharks, which have become fiercely attacking people. Incredibly dangerous are also electric rays that live in the Red Sea, as well as cone clams and stonefish.