About an hour by train from Frankfurt am Main is Limburg am Lahn. The town has a population of only 34,000, but it is very popular with tourists. The compact, well-preserved historic center makes Limburg a great place for a short trip without an overnight stay.

Limburg is first mentioned in historical documents in 910, when King Louis IV the Child gave a fortress called Lintpurc as a gift to Count Conrad Kurzbold (“Shorty”). As was often the case in German history, the fortress was built to protect a ford that allowed a safe crossing of the River Lahn. Gradually a settlement grew around it – the prototype of modern Limburg. Conrad built a church dedicated to St. George, which became the forerunner of the famous Limburg Cathedral.

Limburg received city rights at the beginning of the XIII century. Soon a stone bridge was built, for the passage of which the city authorities took a toll. For almost five centuries, this very item of income served as the main source of replenishment of the city treasury. Several important trade routes passed through Limburg, which largely determined the further development of the city and its appearance.

In the city delight the eye with bright colors Limburger Dom (Limburger Cathedral), resembling a fairy tale castle or even a painted gingerbread. It was voted most beautiful church in Hessen in 2011 by the local TV station! The old houses are also beautiful to look at. The dominant style of architecture in Limburg is of course half-timbered. Limburg has 8 of the 20 oldest half-timbered houses in Germany – and there are more than 600 in the city! At the same time, the cityscape is not monotonous. Even houses from the same time period differ from one another. The facades of most buildings in the historic center are decorated with sculptures and ornaments. The neighborhood’s most recent addition to the city center is the imaginative, funky, and self-ironic Limburg style. Another important note: with all its “antiquity” city center does not resemble a boring museum hall. In many of the historic houses, there are ordinary people, stores, restaurants and cafes.

As for the Limburg cheese, about which the Russian poet Pushkin wrote, and the famous Limburger Flai, these are all culinary highlights of the other Limburgs (the Belgian and the Dutch). But their German namesake also has its own specialty, the Limburger Säcker (Limburger Sacker). It requires a large, flat piece of pork in which a “pocket”-shaped cut is made. Inside this “pocket” is stuffed with sauerkraut, beef jerky and pickles, and then the edges of the meat are pinned with toothpicks or stitched with culinary thread. On top, the meat is rubbed with salt and pepper, smeared with mustard, rolled in bread crumbs or flour and baked. It is usually served with fried potatoes or bread. More recently, the “Limburger Bischofsknödel” (Limburger Bischofsknödel) has become a very popular dish in Limburg restaurants and cafés. These are potato dumplings stuffed with blood and liver sausage and served with sauerkraut and creamy bacon sauce.

These dumplings are not a new dish, but they were a hit in the wake of the 2013 scandal surrounding Limburg Bishop Franz-Peter Tebartz-van Elst, who was accused of making unreasonable expenditures to build his residence. According to some reports, he spent about 31 million euros on it (not counting the fact that during the construction work there was another two million euros worth of damage to neighboring buildings). Although the story greatly damaged the reputation of the Catholic Church in Limburg and led to the resignation of Tebartz-Van Elst, it also attracted crowds of tourists, apparently wanting to see for themselves what so much money had been spent on. Local restaurateurs also played on the hype, reasonably thinking that any dish with “bishop” in its name would arouse increased interest among the city’s guests.

But back to the word Säcker. It is the official nickname of the Limburgers. According to the popular version, it has to do with Limburg’s commercial past. Before the bridge over the Lahn was built, the only way to cross the river was to wade across it. Heavily laden wagons would have been risky to cross in this way, so special men unloaded them on one bank and carried the goods to the other in sacks. The services of “sack men” were also in demand within the city, if a cart could not get through one particularly narrow street in Limburg, the Kleine Rütsche. The experienced merchants knew this: Cologne even had a wooden “mock-up” of the Limburg bottleneck – so that one could check in advance if a carriage could pass through there. But mishaps still happened, and then the carriers who got stuck were helped by the Limburg movers, for whom it was a good living. The Limburger is now available during the Christmas vacations to buy gingerbread men in the form of the figure of a man with a sack on his back.

Testimonial: Tour of Limburg am Lahn (Germany) – City of dancing houses on the “German half-timbered road

The small town of Limburg am Lahn (Limburg an der Lahn) is one of the points of the “Fachwerk Road Germany”. 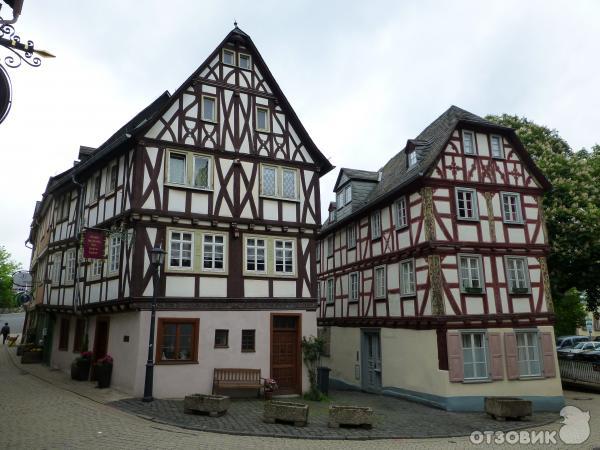 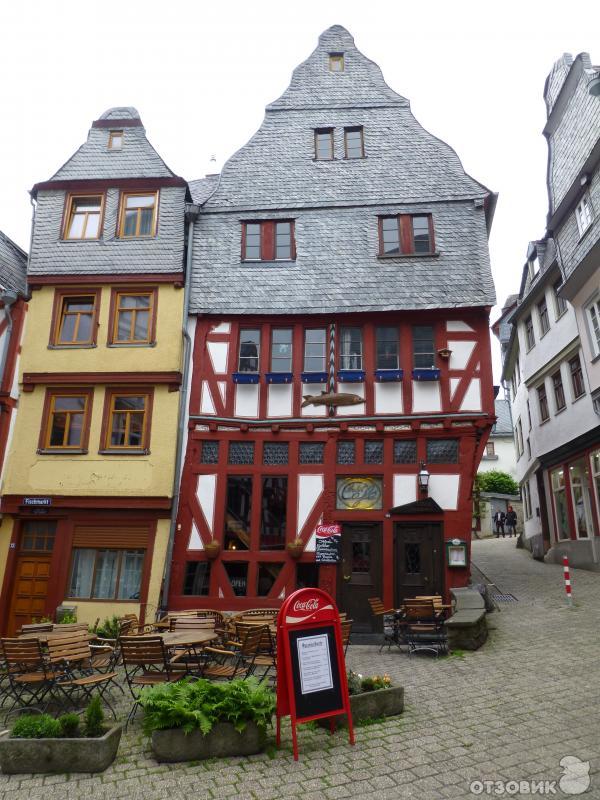 When we hit the streets of the historic center, the bizarre shapes of the ornate houses began to make us dizzy. Some seemed to lean into each other to say something in confidence. 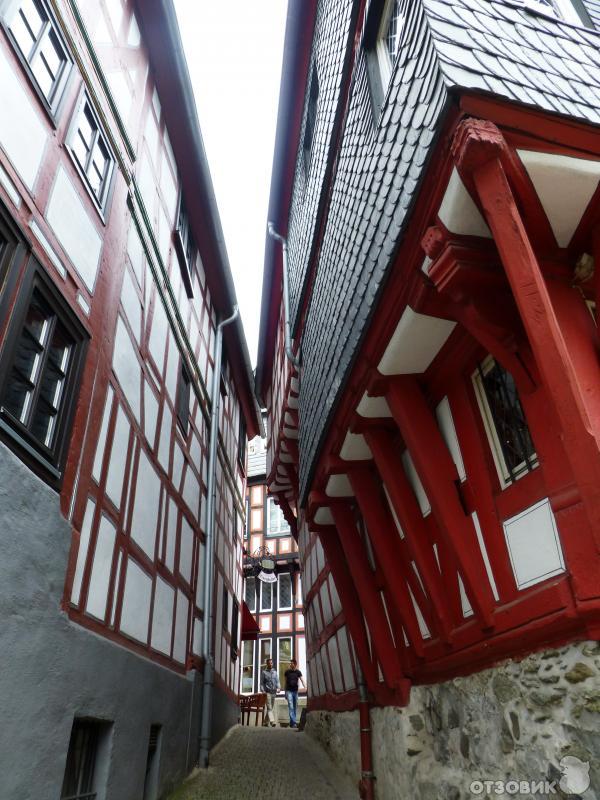 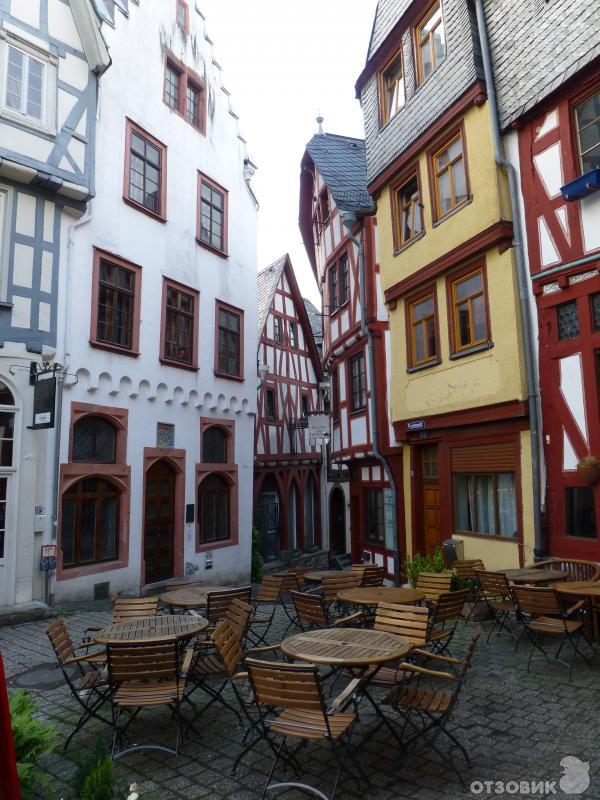 Others seemed to be twirling in a circle. 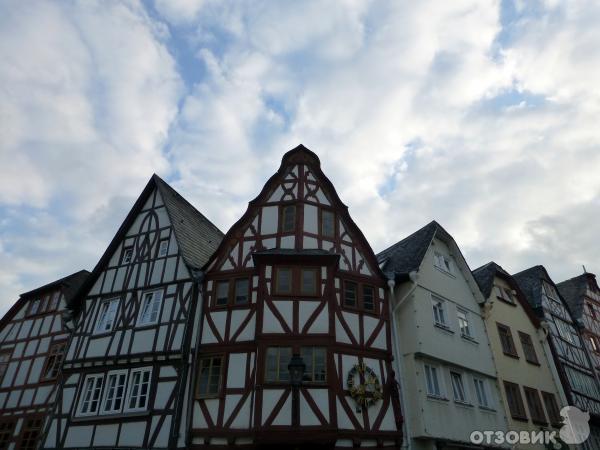 Limburg was first mentioned in 910. The settlement was formed around an ancient fortress, and in the 13th century it received the status of a city. During the Middle Ages many trade routes passed through it. 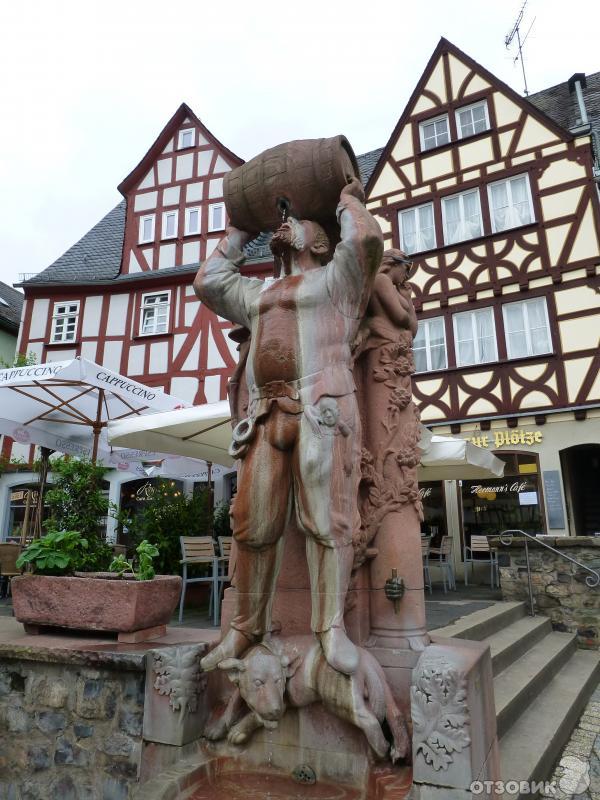 Limburg was spared the ravages of war. The medieval buildings are well preserved. Here you can see about 600 houses of XIII-XVIII centuries. 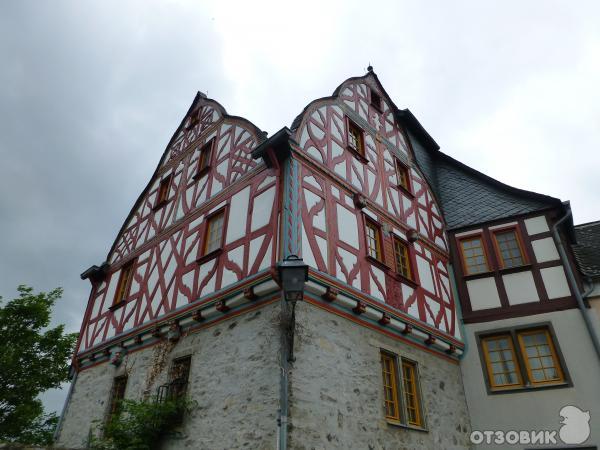 Very beautiful town hall. It was built in the XV-XVII centuries. 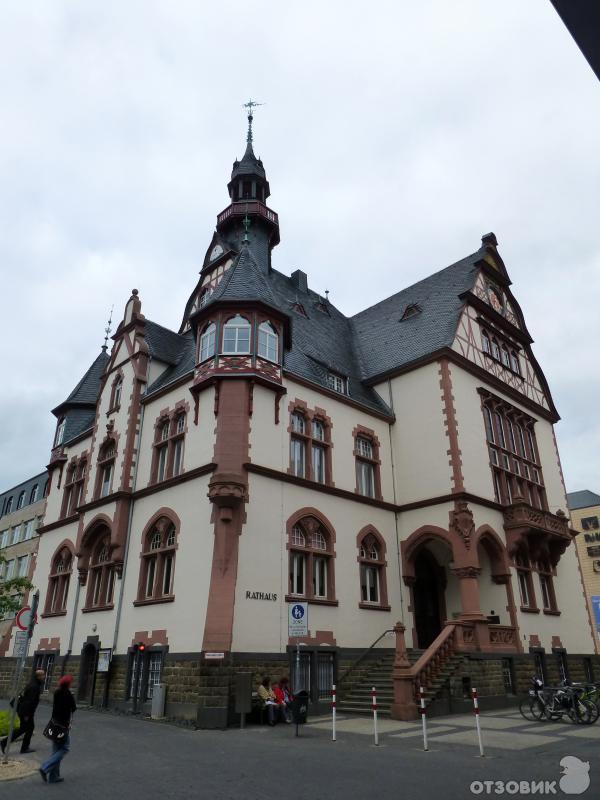 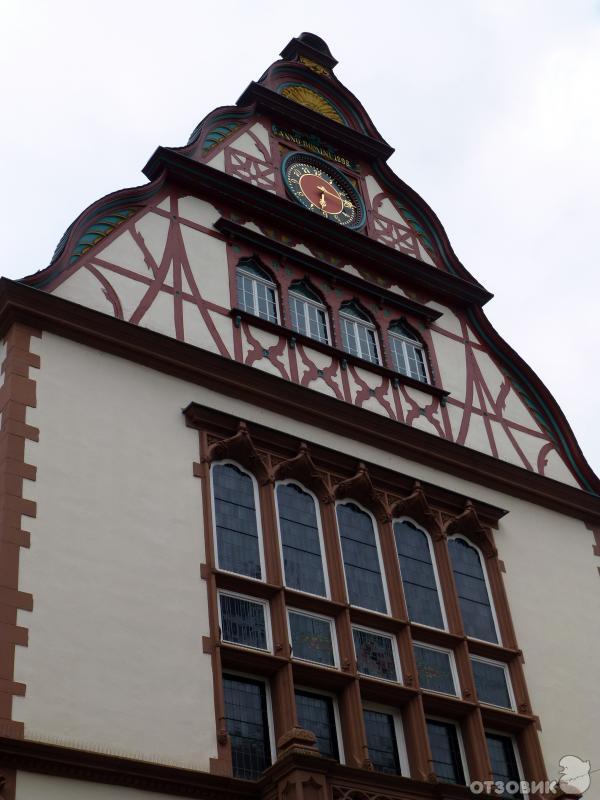 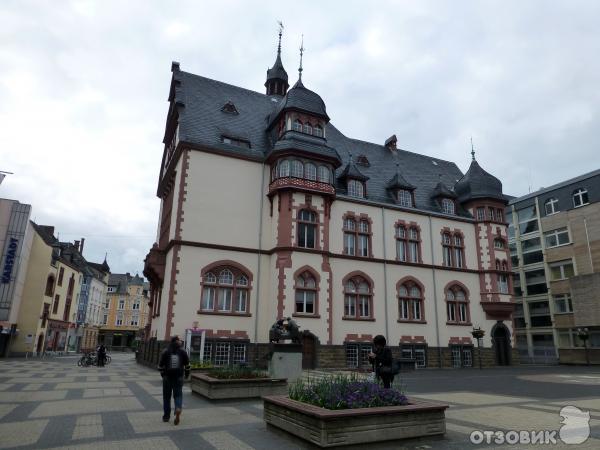 Originally decorated building of the old bakery. For bread the citizens have been coming here since 1676. 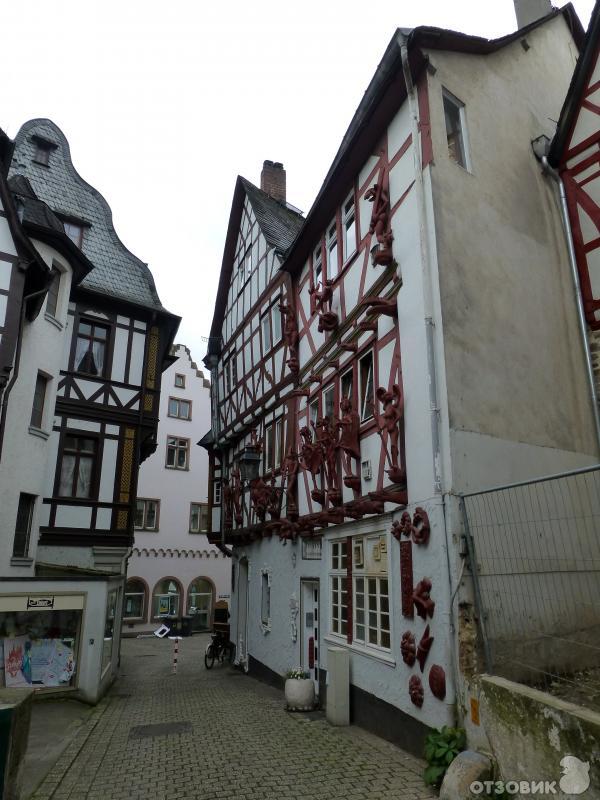 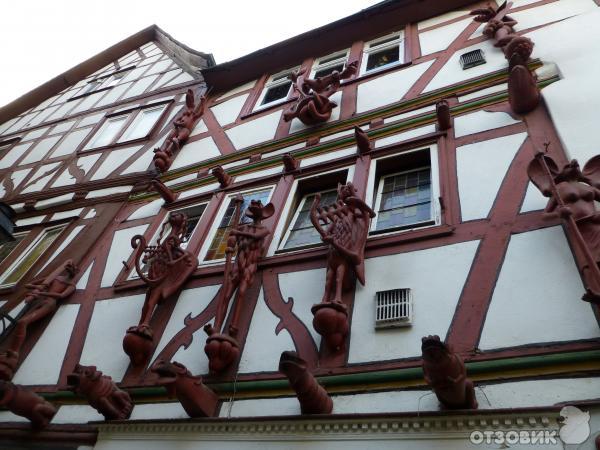 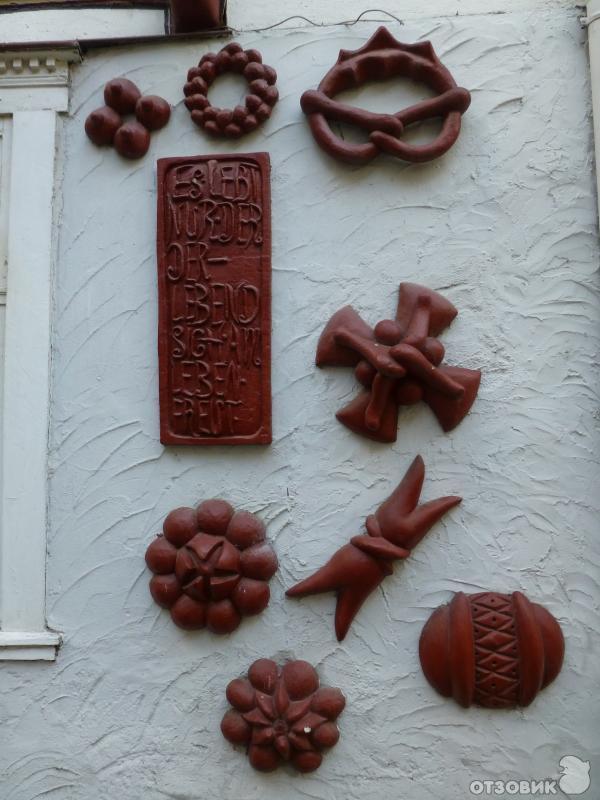 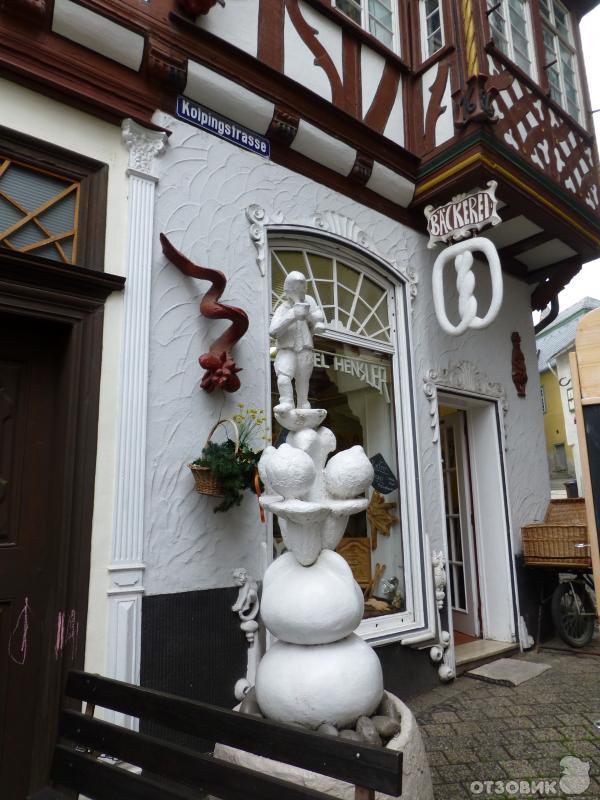 In addition to the half-timbered houses all eyes are attracted by the St. George’s Cathedral, built in late Rhenish-Romanesque style in 1206 – 1280. The church was restored in the XX century (inside and outside) and is now astonishingly beautiful. 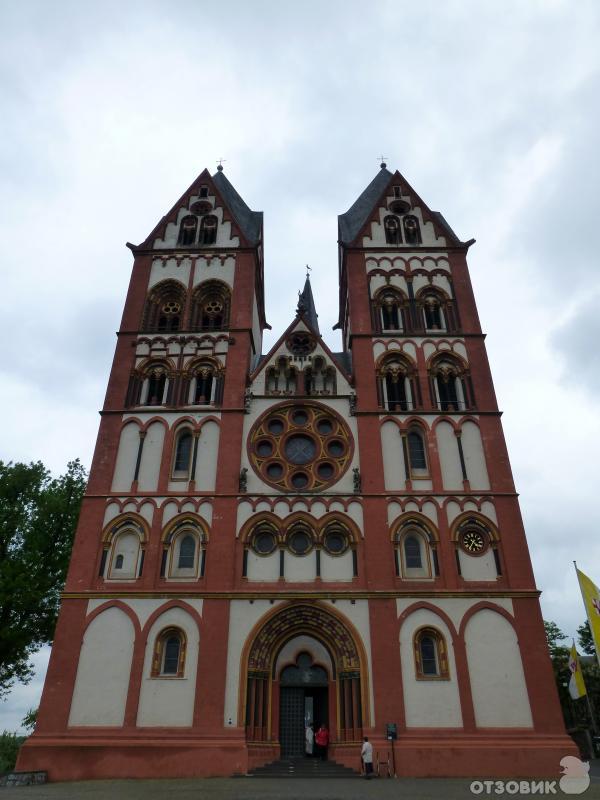 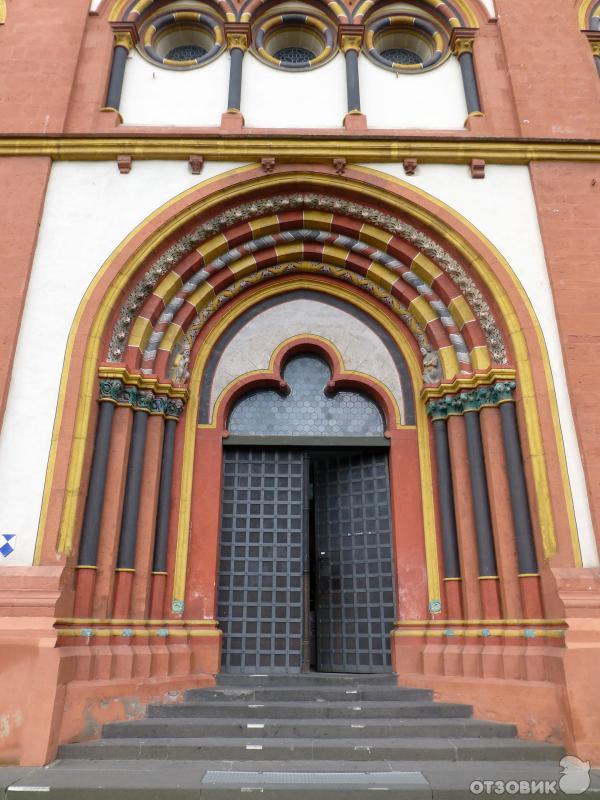 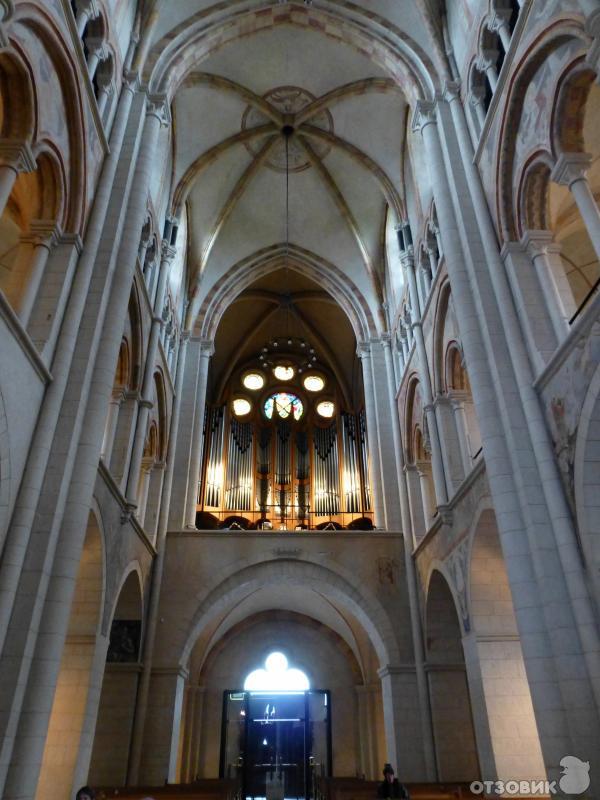 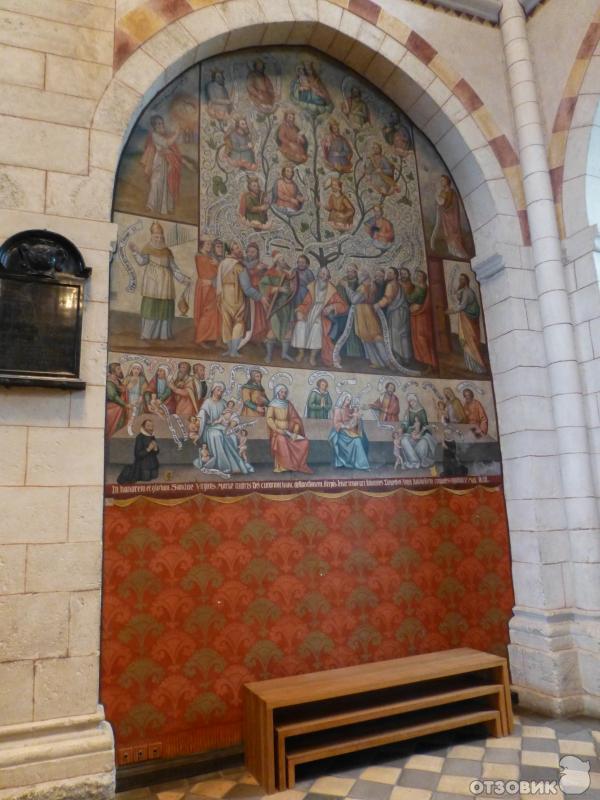 The arcade gallery of the basilica is very impressive. 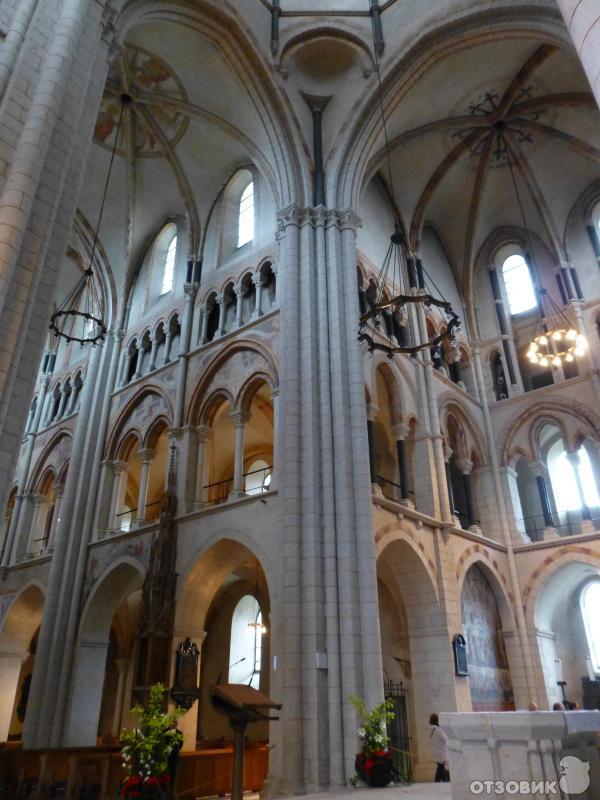 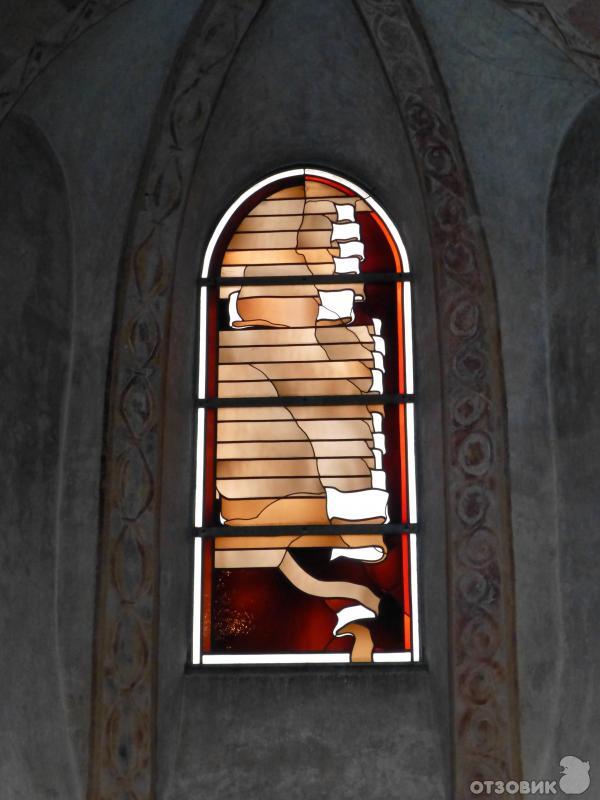 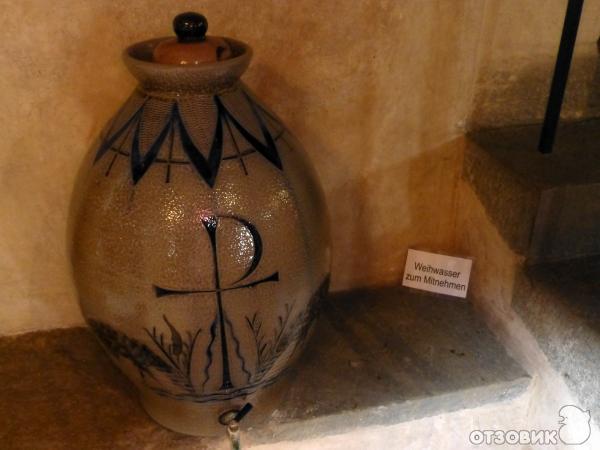 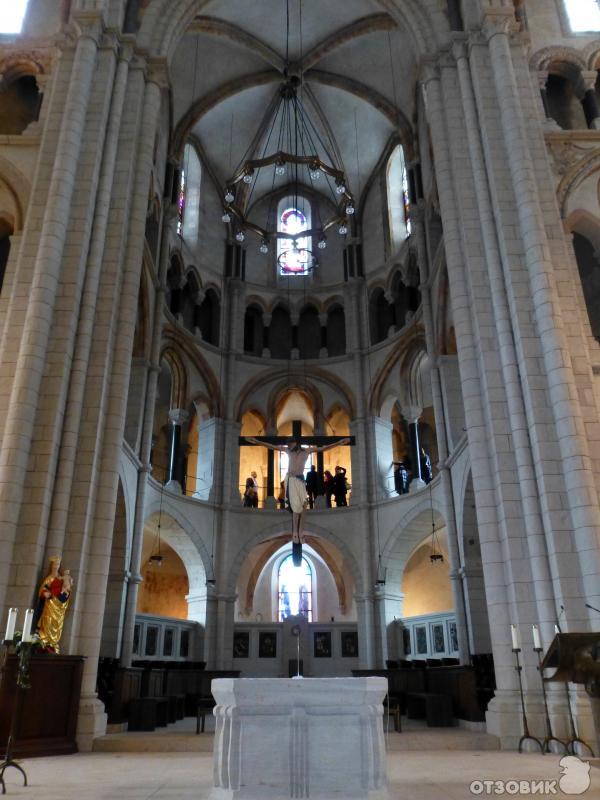 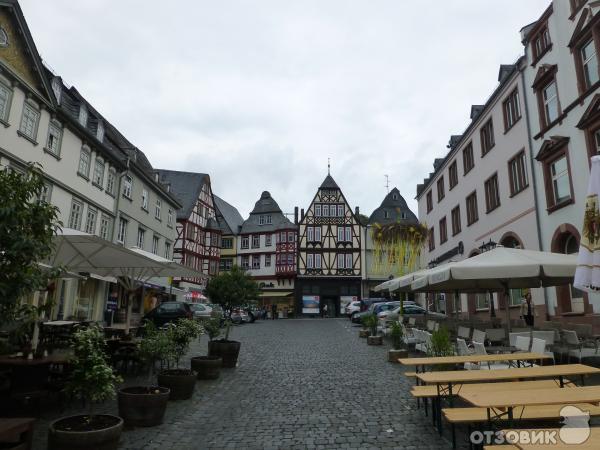 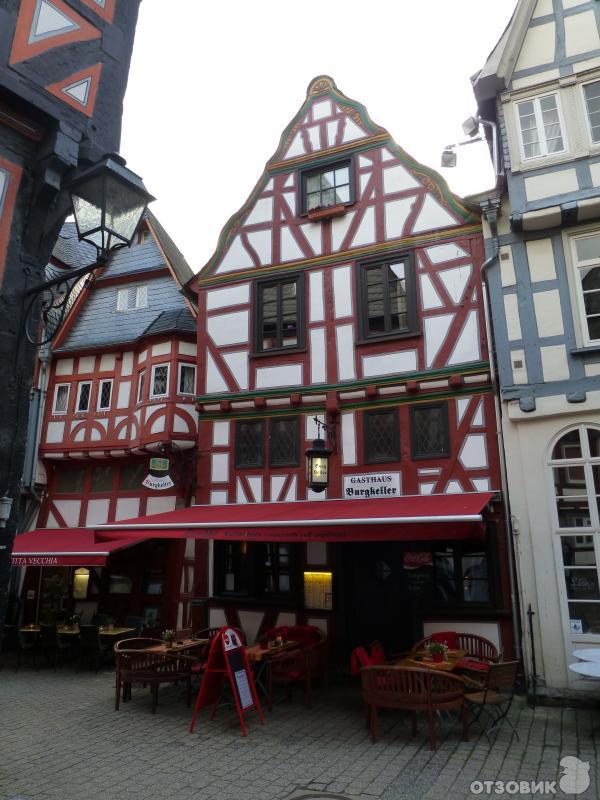 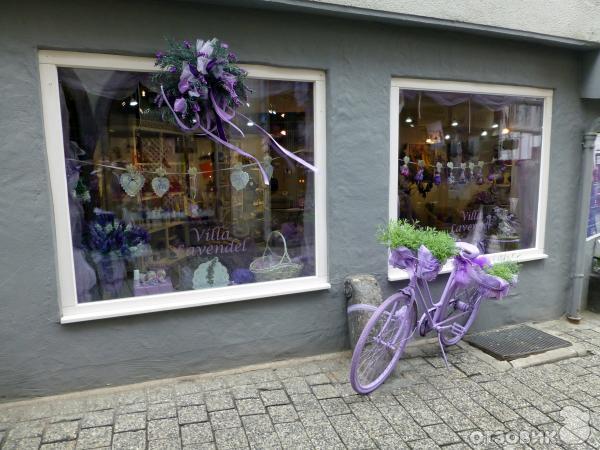 In the streets a lot of greenery, in some places they literally drown in it. And around the city endless plantations of vineyards. 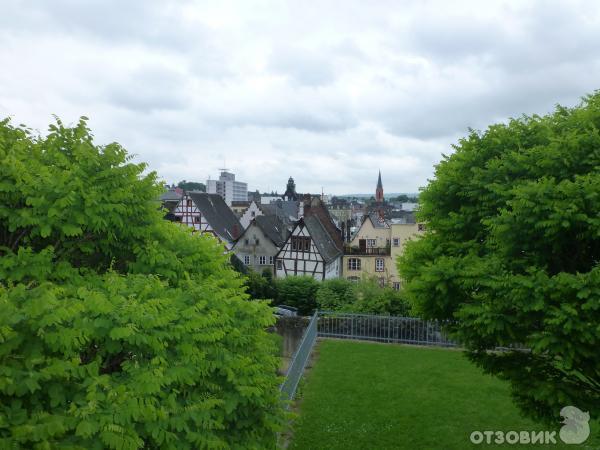 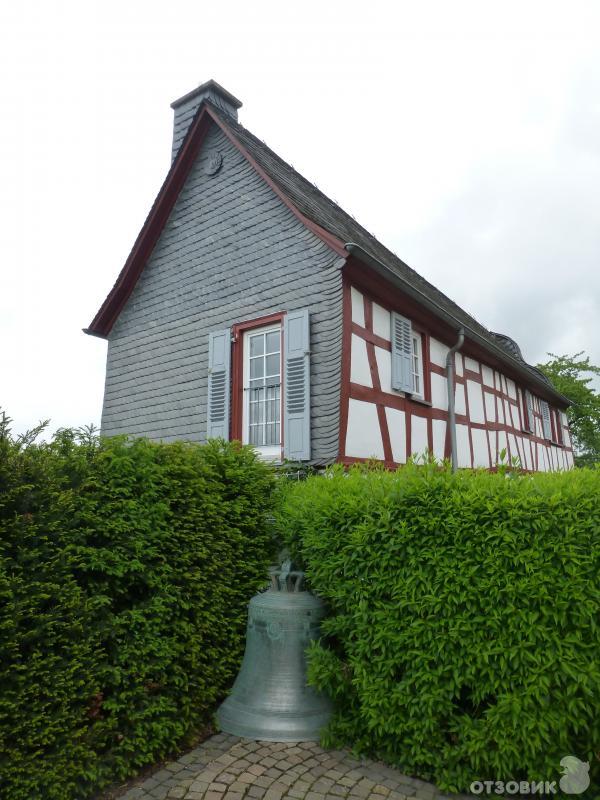 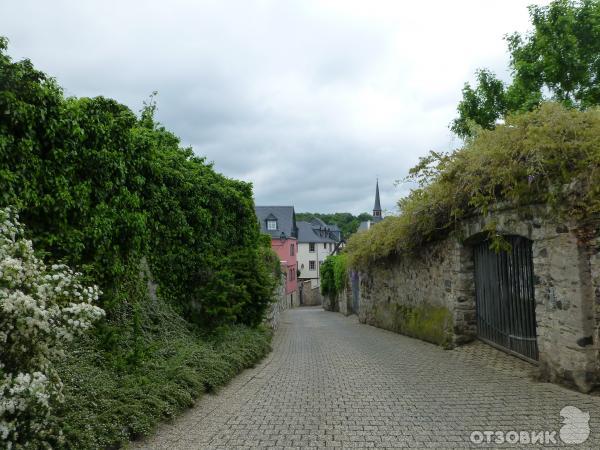 Walking through the streets is very nice and interesting. And the views of the city are unusually good, especially from the Old Bridge over the river Lahn. 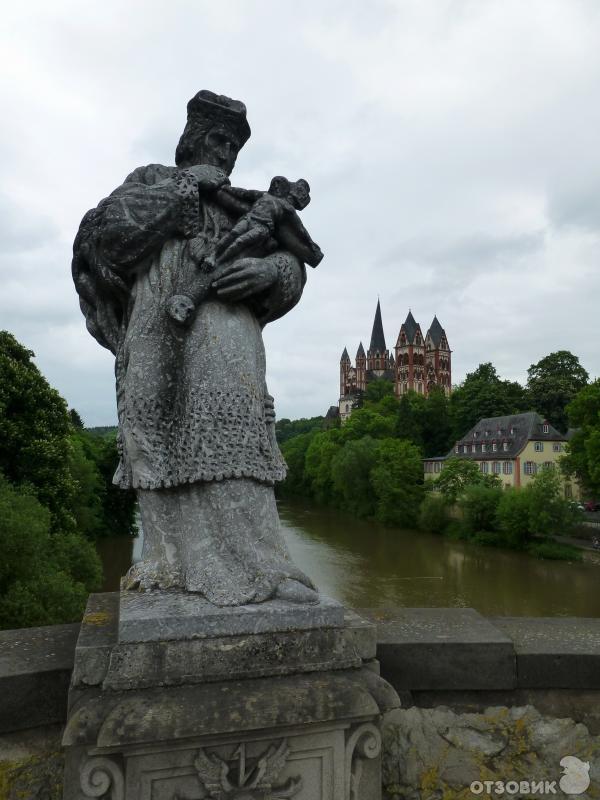 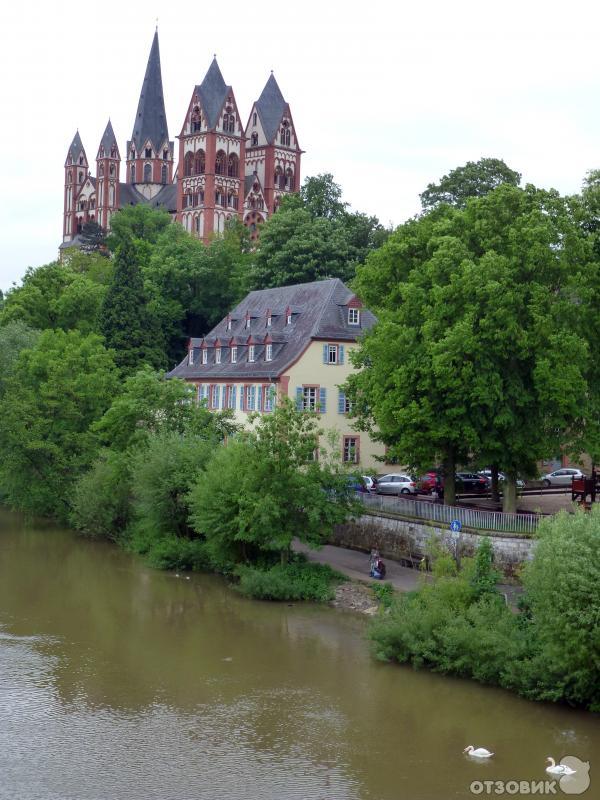 Limburg am Lahn was part of our itinerary of a 13-day road trip along the rivers Rhine and Moselle, and left the most pleasant impressions. Along the way, we stopped by other towns with a half-timbered extravaganza. But these – whether drunken or dancing houses – appeared before us only here.