Paradise on Earth: the happiest and unhappiest countries in the world are named

Finland topped the list of the happiest countries in the world. This conclusion is made in the World Happiness Report 2019 study, published March 20, prepared by a group of independent scientists from Canada, Britain and the United States, commissioned by the UN.

This is the seventh World Happiness Report (the first one came out in April 2012), and it takes into account data from 2016 to 2018. Benin, Nicaragua, and Bulgaria added the most happiness during this period. And Botswana, Syria, and Venezuela were in the top three countries with catastrophically less happiness.

The authors of the study took into account six factors in compiling the rating, including GDP per capita, life expectancy, a sense of social support (according to the survey: “If you have problems, can you count on the help of family or friends?”), generosity (the ratio of responses to the question about donations during the month to GDP per capita), freedom in making vital decisions and the perception of corruption. Each of these indicators was evaluated on a ten-point scale, the sum of the points determining the position of the country in the ranking.

Forbes’ gallery included the five countries recognized as the happiest on the planet in 2019, Russia, the leaders and outsiders in this indicator among former socialist camp countries and Soviet republics, and the country that has experienced the most dramatic decline in global happiness over the past nine years.

For the second year in a row leads in the ranking of the happiest countries in the world. In the first list, compiled in 2012, it was in 2nd place. But since 2014, it has steadily improved its position and is now far ahead of the other countries in the top 10. This country is happier because of the developed social support (2nd place by this indicator), high level of freedom in making vital decisions (5), low level of corruption (4). But in generosity Finns are only 47th among all the countries of the ranking.

Since the first ranking of happiness in 2012, the country is almost invariably among the leaders. Then the country was on the first line, now it is on the second. The happiness of the inhabitants of Denmark is based on a high GDP per capita (14th place), low corruption (3) and confidence in the support of family and friends (4).

Seven years ago it ranked #3 on the list of happiest countries and continues to consistently rank among the leaders. The country ranks 7th in GDP per capita and good positions in such indicators as support of loved ones (3rd place) and freedom of action (3rd place).

The country was only 20th in the 2012 ranking. Today it leads in such indicators as social support (1st place), generosity to others (3rd place), but is significantly behind its competitors in the perception of corruption (45).

The country is consistently among the leaders of the ranking. In 2012 it was the fourth, now it is the fifth. The country is favored by its high GDP per capita (12th place), life expectancy (19) and willingness to charity (7).

In the ranking of 2012 was ranked 36th. Today it ranks 20th – higher than all other countries that were part of the socialist camp. High GDP per capita (32nd place) and life expectancy (31st) contribute to this. High perceived corruption (121st) and stinginess (117th in the generosity index) prevent the country from moving up the rankings

The country surprisingly finds itself above all other former Soviet republics in the ranking – at 41st position. Despite low GDP per capita (104th) and a low life expectancy (83rd), Uzbekistan was ranked as the leader in such indicators as freedom of decision-making (1st) and high support of the environment (11th).

Russia was ranked 74th in the 2012 ranking, two years ago it was 49th, last year it was 59th. The country has a good result in terms of GDP per capita (45th place), but is significantly behind its competitors in terms of perceived corruption (127th), freedom in making vital decisions (107th) and willingness to give to charity (101).

In last year’s ranking the country ranked 138th for happiness, just ahead of such countries as Guinea and Zimbabwe, Afghanistan and Haiti, Syria and the CAR. Then the country was among the five states where the level of happiness decreased in the most dramatic way. This year Ukraine has risen to 133rd place, thanks to its high social support from loved ones (56th place) and generosity to those around it (66th place). Nevertheless, Ukraine remains one of the last in perception of corruption (143rd place) and freedom in decisions (141).

Venezuela has shown the biggest drop in the happiness ranking for more than a year. In 2012 it was in 19th place, this year it is in 108th place. In terms of freedom in decision-making, the country was in 145th place, in terms of corruption – 110th, in terms of willingness to help loved ones – 139th.

The luckiest country in the world! 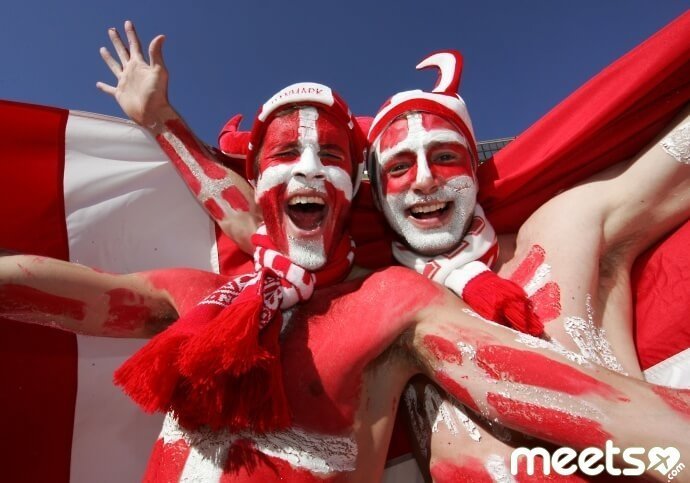 According to sociological surveys in Denmark 82% of the population feel completely satisfied and happy, only 17% have problems and only 1% of respondents are unhappy and suffering. And there is an explanation for this: Danes receive medical care free of charge, gender equality flourishes, and the state helps parents by extending paid parental leave. Plus it is a favorable economic situation, low level of corruption and absence of natural disasters. Also, the Danish secret of happiness lies in small demands: the population of this country is mostly satisfied with what it has. 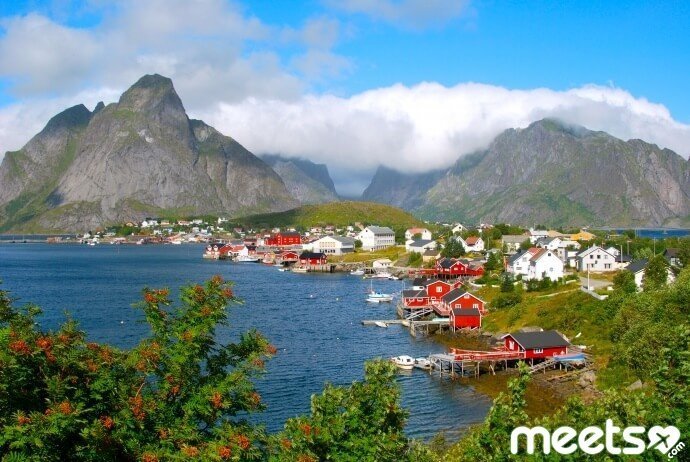 In another northern European country, almost 95 percent of the population claims to be happy. Why shouldn’t they be? Norway has one of the highest GDP per capita per year. In addition, 74% of Norwegians trust other people and have no worries.

The inflation rate and unemployment in the country is very low, well, the level of wages is one of the highest in the world – for example, the average monthly salary – 3950 euros. Norway is safe: it is safe to walk the streets at night and the back alleys by day. The local population breathes clean air and drinks tap water, does sports and travels on quality roads. Isn’t it heaven? 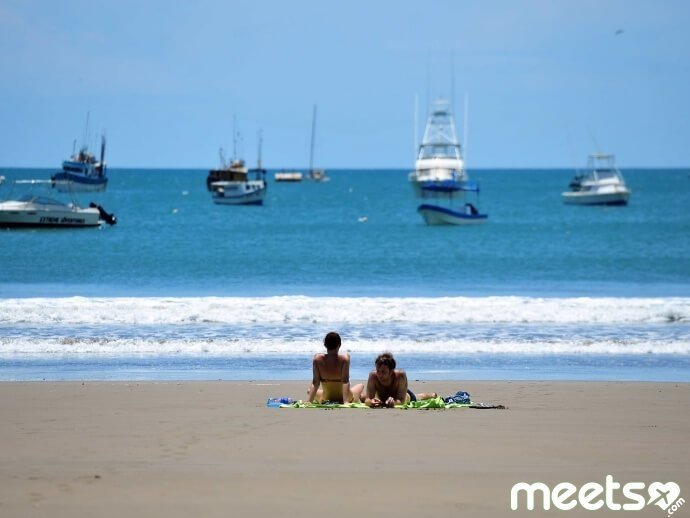 Endless beaches, pink sunsets, rainforests and gentle weather – that’s Costa Rica. Pura vida (life is beautiful) like the locals like to say. You bet – here everyone feels at one with nature, and the local scenery is so beautiful that it is simply impossible to be angry, sad or worried. Perhaps that’s why the average life expectancy in Costa Rica is 79.3 years.

And there are no armies and polluted megacities, but there are many nature reserves and national parks, cozy villages and organic farms. It’s a blessing in disguise. 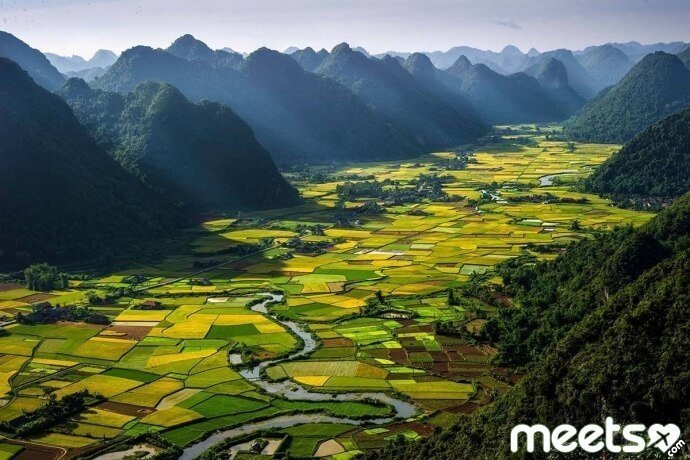 Among Asian countries the highest index of happiness (Happy Planet Index) is registered in Vietnam. Over the past decades, the country made a huge leap in development and has become one of the most popular among tourists from all over the world.

Locals are quite happy with their lives, so the overall level of satisfaction is very high. And it is not hard to notice: the Vietnamese are friendly and open, they just don’t know how to be angry! 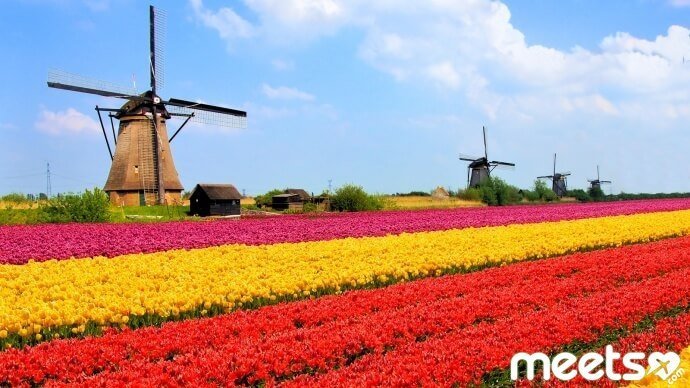 The Netherlands is famous as a country of legal drugs, prostitutes and tulips. And the Dutch do not mind this image: the flow of adventurers increases, and therefore the flow of money into the country. It is very clean here, and the local population will handicap the Germans in pedantry and neatness. The civic consciousness is high, everyone is responsible not only for himself, but also for his house, street and country.

The high level of wages and excellent employment conditions, however, do not make the Dutch workaholics. They know how to find a balance between work and leisure, which is why the life satisfaction index here is 9 out of 10 according to Bloomberg.com. 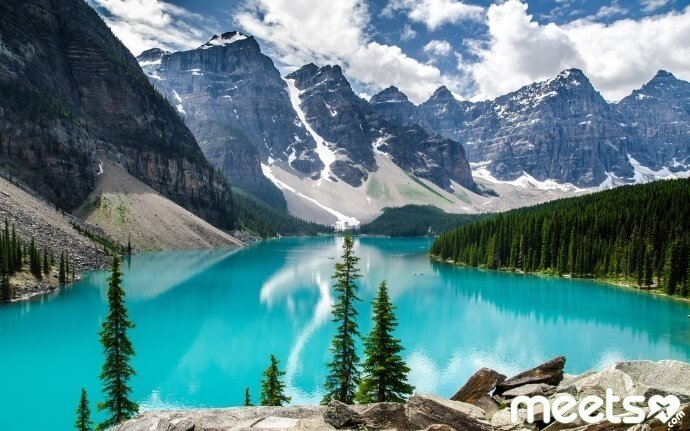 Canada is one of the happiest big countries. People here are realists, so they rarely complain about life. You bet: income is stable and high, the social component is reliable, life expectancy is high and the environment is good.

The degree of satisfaction increases with distance from big cities: for example in Toronto only one third of the population estimates the level of their happiness at 9-10 points, and in Sudbury (a small town in Ontario) it is 45% of the population. 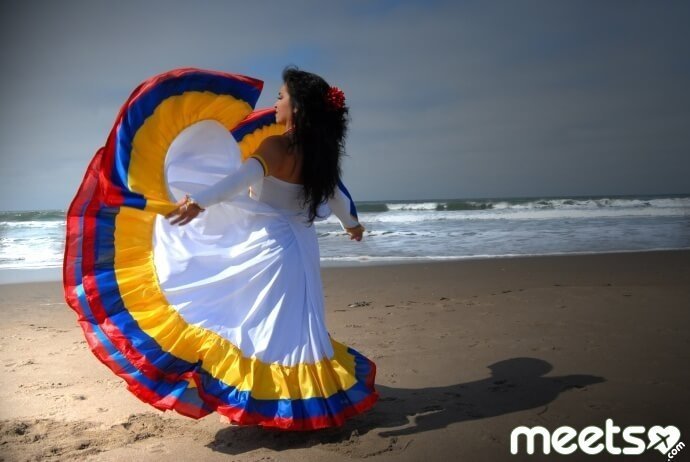 The only thing we know about this country is that it has great coffee. But there are other things to be happy about: the warm climate, the diverse nature, the colorful national holidays. Although the local population is not wealthy, but still a sense of happiness is experienced by about 85% of respondents. Colombians are fatalists and love their country.

Not long ago Colombia was considered not the quietest place in the world, but lately it has become quieter and calmer. Tourism is growing, social life is improving, and the government is cracking down on crime. Perhaps Colombia will make the list of the happiest countries in the world. 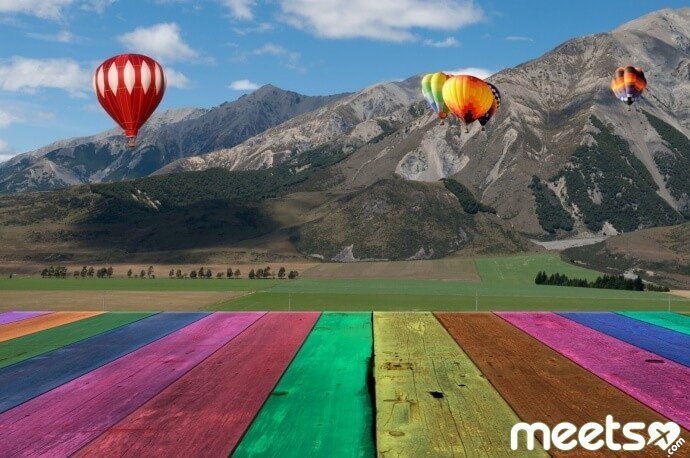 New Zealand’s beautiful landscapes don’t just attract Hollywood directors. People also come here for their happy life – it is not without reason that in 2016 this country surpassed its neighbor Australia in terms of happiness.

New Zealanders feel safe and secure, and the government provides extensive social support. In addition, the local population is accustomed since childhood to an active lifestyle and sports, and therefore the average life expectancy is 83 years. And also – New Zealand residents are easy-going and friendly to each other. 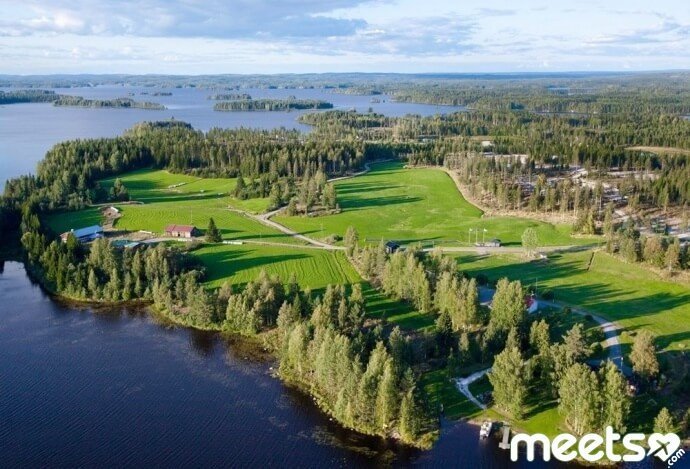 And again the European North. This country is famous for one of the best educational systems in the world. Teachers here are required to have a master’s degree, and the schools pay attention not so much theory as practice. Not surprisingly, professionals here have a high level of knowledge and an equally high salary.

Another feature of Finland is a slight difference in living standards of the inhabitants; here everyone is equal. The low level of corruption in Finland, quality health care, love of art – all conditions for a happy life. 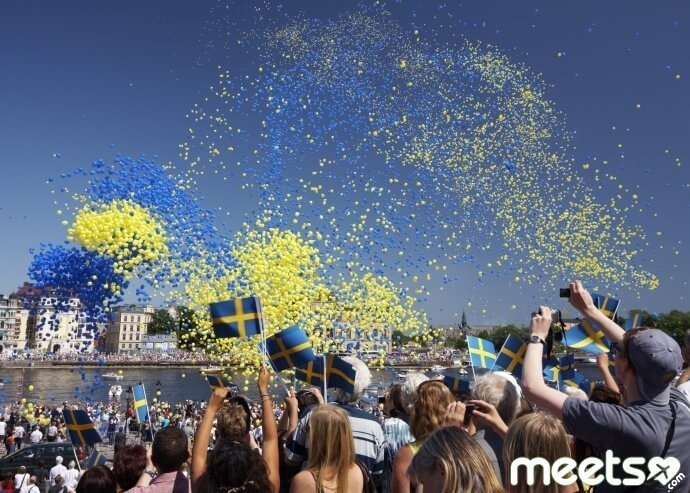 Sweden is at the bottom of the ten happiest countries. 88% of local residents can confidently talk about their happiness.

It is a business heaven. There are many chances and conditions for entrepreneurs, so the number of start-ups and start-ups is very high. Prosperous and stable Swedish economy minimizes the risks of long-term investments. Also in Sweden, a high level of education and social security, excellent environment and low levels of corruption.

That’s what the top ten happiest countries in the world look like. And if you’re still looking for a place to live, you can visit the places on the list and see what’s what. But really, happiness doesn’t depend on geography. Be free, be active, enjoy life, and happiness will be with you anywhere in the world!