The city of Sekeshfehervar has an extraordinary castle called the Hungarian Taj Mahal and the Castle of Everlasting Love. I, of course, could not miss the castle on my way and went to look for it.

It’s a bit far from the center, but there’s a bus from the train station.

The castle for nearly 40 years was built by local sculptor and artist Jeno Bory. The building is even entered in the book of records as the largest structure erected by one man.

Bori was quite a successful and in-demand sculptor and artist, and the museum has several copies of his work installed in different parts of Hungary.

There is a persistent legend around the house that the castle is the architect’s declaration of love to his wife. He decided to give her this gift and spent his life building this castle. And according to the legend he died on the day of its completion. But according to some information after his death the castle continued to be built under the guidance of his relatives.

According to the myth, Master Bori loved his wife very much, there are a lot of her portraits in the castle: sculptural and pictorial.

He even made two graves beforehand, connected by a window, to continue to look at his beloved even after her death. His wife outlived the architect by 15 years (at least, so the comparison to the Taj Mahal is inappropriate). The house is now owned by descendants and invested in its upkeep. Although, thanks to the legend, today the castle has a steady stream of visitors. People in love and curious tourists come here to stay together forever (according to the legend).

The legend did not excite me much, but the castle was very interesting. It was built in style “all the best at once”, close to our Russian consciousness.

The architect for his time boldly experimented with reinforced concrete, and the result turned out amazing! The castle has 7 towers, a large walking gallery, 30 rooms and many different hidden corners.

READ
The 10 best places to have an aperitif in Naples, Italy 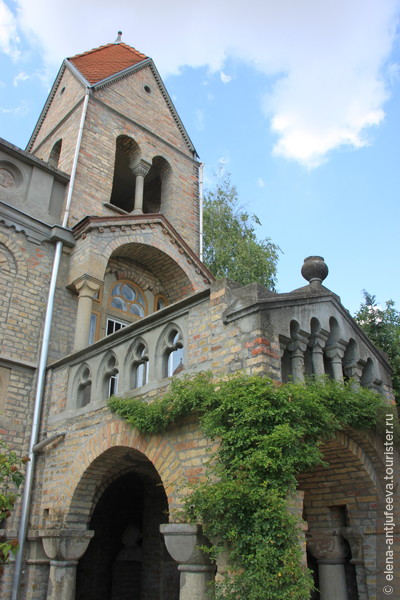 I liked the fact that almost the entire castle is open to visitors, in the rooms are preserved some of the furnishings, many sculptures of the master, paintings of him and his wife, and in one wing they arrange temporary exhibitions of other artists.

There are so many details and little things in the castle that you can look at it for quite a long time.

I really liked the spiral staircase, the unpretentious painted stained glass windows and the large courtyard. 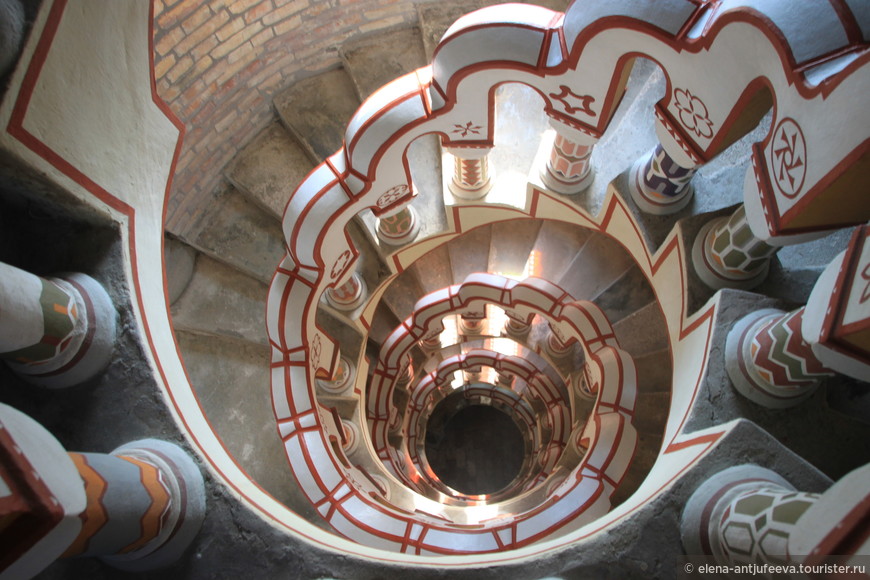 And the castle as a whole makes a grandiose impression: one must be so obsessed! In the construction, of course, there is a sense of naivety and some amateurism, but it has a living soul and love (maybe not only for the woman, but also for his work).

The Castle of Eternal Love in Székesfehérvár

In this article I will tell you about Bori Castle in Sekesfehervar and other interesting places in the vicinity of the city. You will learn why the castle is called the symbol of eternal love, how to see the ruins of an ancient Roman city and where to find a museum where everything is made of aluminum.

Castle Bori in Sekesfehervar is not in the center of the city, so in the article about the attractions of Sekesfehervar I did not talk about it (at the link you will find the route to explore the city and a map). From the historic center of the city to the Castle of Bori is 5 kilometers. How to get there I will tell below, and for now, the history of the castle and its creator.

READ
Rotterdam, Netherlands. What to see?

Jenő Bory is a Hungarian architect and sculptor, who worked in the first half of the 20th century. He graduated from the sculpture department of the Hungarian School of Drawing, in his youth he traveled to Germany and Italy, where he studied the art of marble sculpture. It was then that he met his future wife Ilona, who was also an artist. 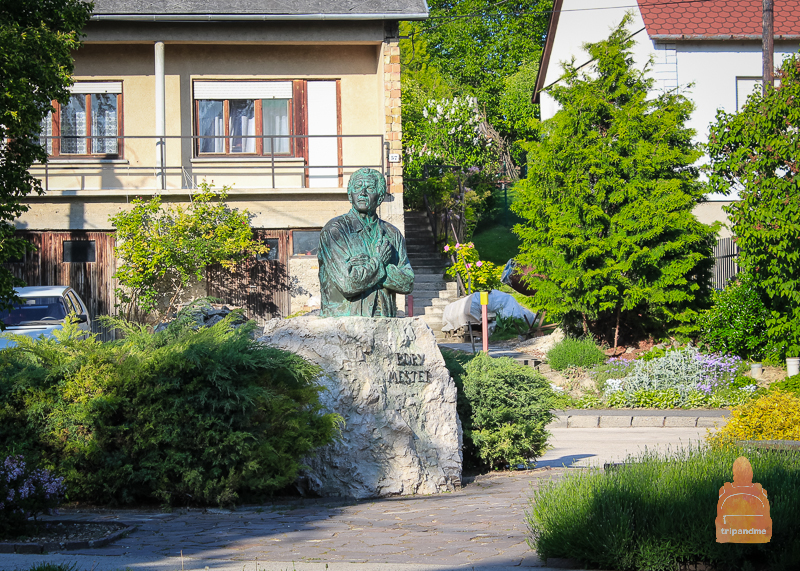 During the First World War, Jenö Bory was drafted into the army and became an official war artist in Sarajevo. For 30 years, Bory worked at the Hungarian Royal School of Drawing, for a time headed the Hungarian University of Fine Arts. 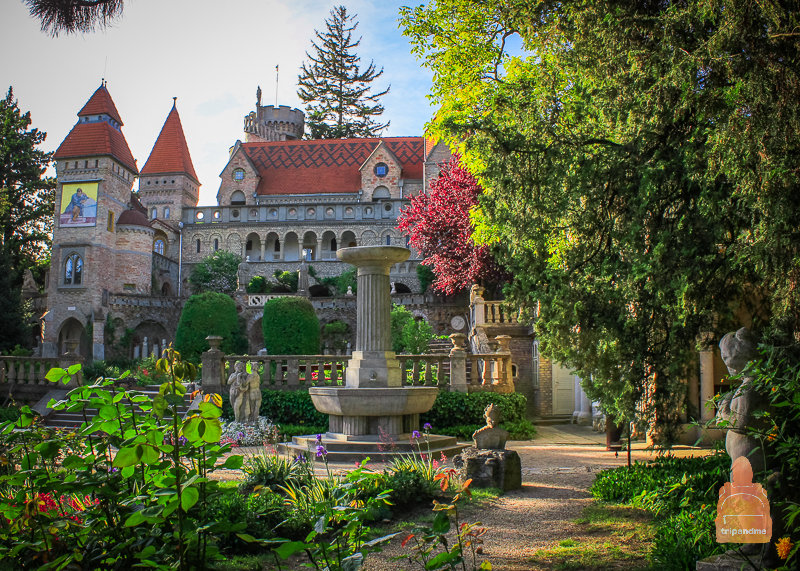 His hand belongs to a number of sculptures and memorial plaques, many of which are installed in Sekesfehérvár and Budapest. For example, in the Várfal Park, where the walking route through the city begins, there is a sculpture by him. It is so called – the Bori’s Column.

The most important creation of Jenö Bory is the castle built by him, which is called the castle of eternal love. The architect dedicated it to his beloved wife Ilona. The construction of the castle was carried out with interruptions for several decades. Yeno Bori erected the building himself, and had only a few assistants. The architect was also assisted by his wife Ilona. Paintings painted by her decorate the interiors of the Bori Castle. The Hungarians say that Bori Castle is listed in the Guinness Book of Records as the largest building erected by a single person. 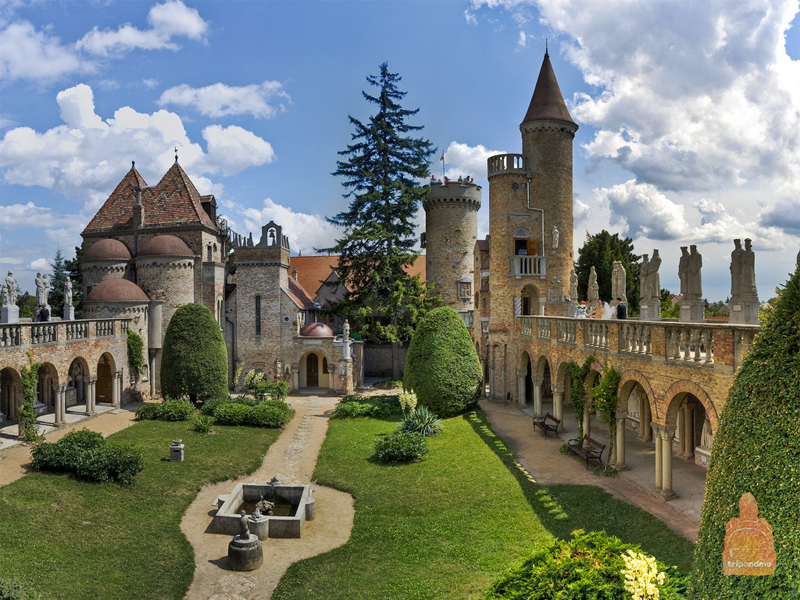 Jenő Bory died in 1959 in his native Székesfehérvár. Bory’s castle was completed after his death. It now belongs to the architect’s descendants. Yeno´s beloved wife Ilona survived her husband by almost 15 years; she died in 1974.

History of the Castle Borie

Jenö Bory bought a plot of land on which he hoped to build the castle in 1912. But his plans were interrupted by the First World War. As a result, construction began only in 1923. Very soon the fame of the architect, who builds the castle with his own hands, spread all over the country. Curious people began to come to Sekesfehervar to see Bory’s creation. Soon the name Bory (Bory-vár) Castle was established. The main inflow of funds for the construction came from the sale of paintings and sculptures.

READ
What to see in Glasgow, Scotland? 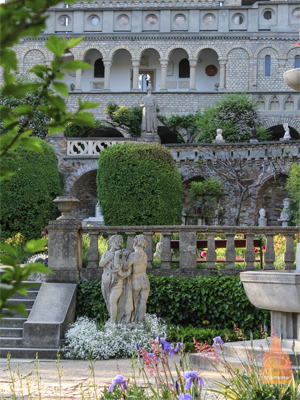 Bori Castle in Sekesfehervar has seven towers, about 30 rooms in which there are sculptures, paintings and other works of art. And everywhere there are images of the architect’s beloved wife Ilona. No wonder that the attraction has acquired the name of the castle of eternal love. One of the towers of Bori Castle is dedicated to the twins, who were born in the family of the architect.

When visiting Sekeshfehervar, it is recommended to visit Bori Castle. The atmosphere there is unbelievable, the entrance is inexpensive and in short, a must see.

Opening hours: I recommend that you check the website (address above) for the current opening hours of the castle, as it is not open in winter. In the warm season, access to the attractions is open daily from 09:00 to 17:00.

How to get to Sekesfehervar

I wrote here how to get to Sekesfeherhervar. There you will also find information about hotels in the city and places to eat.

READ
This crazy world of monuments. 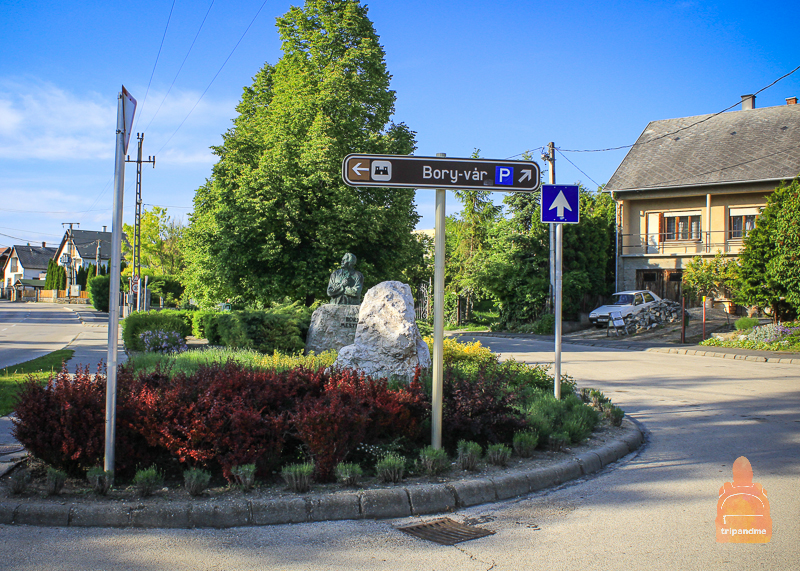 There are many attractions on the outskirts of Sceksefeherhervar and its surroundings. If you have the time, you can visit them all or just the ones you are most interested in.

The ruins of the Roman town, converted into an open-air museum called Horsium (Herculia) are situated 15 kilometers from Sekesfehérvár. The landmark is the village of Tats. The official name is Gorsium Régészeti Park. 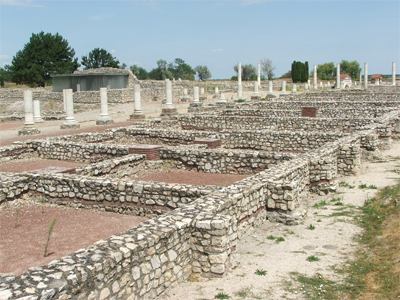 Excavations of the Roman town began in the middle of XX century. During them, historians discovered that the ancient Romans first set up a military camp here, and then founded the city Gorsium. In 260 AD the barbarians destroyed the city, 30 years later it was reborn, but already called Hercuia. The city fell into decline simultaneously with the fall of the Roman Empire.

In XX century, archaeologists dug out the remains of the city walls and gates, streets, forum, several temples and other buildings. Along all of these sites you can take a walk.

Museum of the Aluminum Industry in Sekesfehérvár

The Aluminum Industry Museum (Alumíniumipari Múzeum) opened on the outskirts of Székesfehérvár in 1971. Initially it was a small exhibition that aroused great interest. So it was decided to make it permanent, and a special building was set aside for it. The museum has a lot of documents and photos, telling about the development of the aluminum industry. But the most interesting thing in the museum, of course, are its exhibits. The museum also collects for the exhibition works of art related to the aluminum.

The Palotavárosi Skanzen Ethnographic Museum in Sekesfehérvár is not far from the historical center and can easily be reached on foot. If you are interested in the history of Hungary, its culture, you want to know how the Hungarian peasants and craftsmen lived, then you are here. The museum is a small street, on which there are buildings from the past. Small houses, barns and other buildings. The interiors of buildings also correspond to the historical reality.

Entrance fee: 600 forints, but pre-registration is required. Check with the Tourist Information Centre on the Town Hall Square in Székesfehérvár.

The Fire Museum (Tűzoltó Múzeum) is located right in the building of the fire station. The exhibition shows a set of uniforms of Hungarian firefighters, as well as the tools they used in their work. For example the plume helmets, which all firefighters were once obliged to wear.

Castle Bory and other museums on the map

Marked on the map Bori Castle in Sekesfehérvár and all the museums discussed in the article. With the help of the map you can easily build a route, calculate travel time and not get lost.

Have fun walking around Sekesfehervar and its surroundings.

Individual and group tours of Budapest and Hungary from Sputnik! Discount of 5% on ANY excursion with promo code TRIPANDME21 Choose excursion

Our adventures in the format #twotouchkneescountingthebeast – subscribe to our Youtube-channel.

The site’s channel on Telegram. Join in! And here I’m posting some beautiful pics