The Capital of Culture – Vienna, Austria

Vienna has long been considered Europe’s cultural center: beautiful architecture, theaters, galleries, museums and an indescribable atmosphere – all of which draws travelers from all over the world. Artists and musicians once lived and created their creations here, and have undoubtedly influenced the cultural and architectural side of the city.

1. Choosing the season for your trip and Vienna’s hotels

The weather in Vienna is mild all year round. It rains rarely, there is rarely frost or unbearable heat. In general, travel to Vienna is comfortable in any season, but the best time to go is during the spring months, when everything is blooming and fragrant. From May to October – high season, it is better to book tours in advance, because there is a risk of missing most tourist spots because of the large number of comers. During the summer months in Vienna, various festivals, tickets are also better to buy in advance, because then they may not be available. 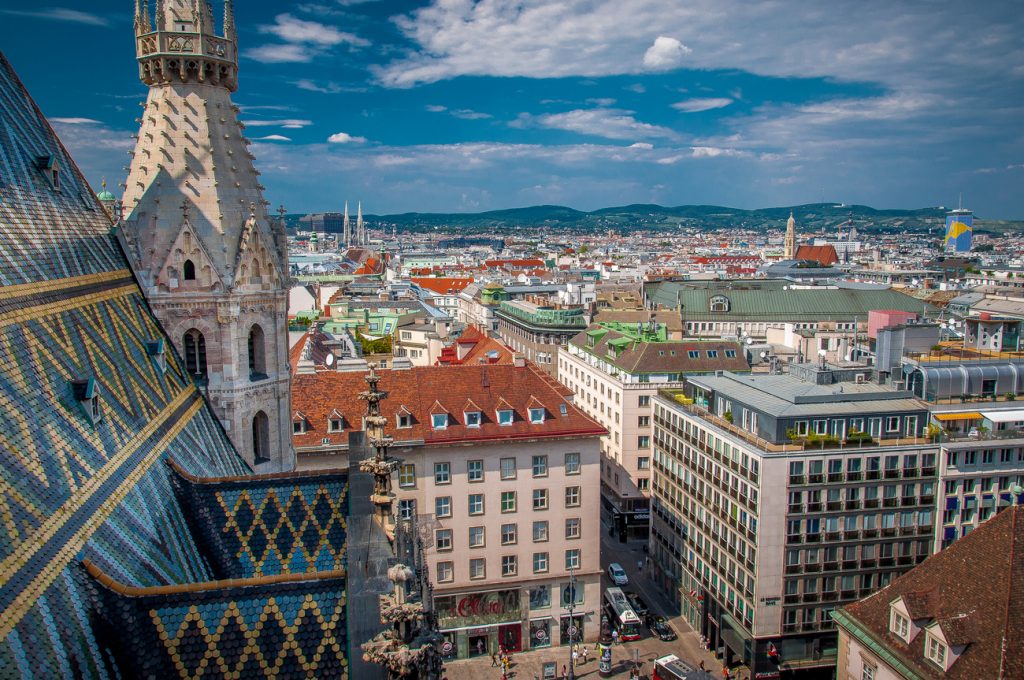 1. Choosing the season for your trip and Vienna’s hotels

Vienna is one of the safest cities in the world, there are no slums and criminal areas. You can safely walk the streets day and night and do not fear anything.

Most tourists choose hotels in the central part of the city, where the main attractions are located. Trouble is that the cost of housing is high, but you can stay in the budget apartments or rent a small apartment for small money. And of course, further from the center you can find cheaper hotels.

Austrian cuisine includes dishes of different countries, but all of them are prepared so distinctively that it is a reason to be proud. Some treats even became a symbol of the country that only Austrian chefs can prepare so skillfully.

When visiting Vienna it is definitely worth tasting the Viennese schnitzel – a dish of impressive size and incredibly delicious, one portion can easily feed a couple of people. Fun fact: Every chef in the capital is convinced that he is the best cook at schnitzel. 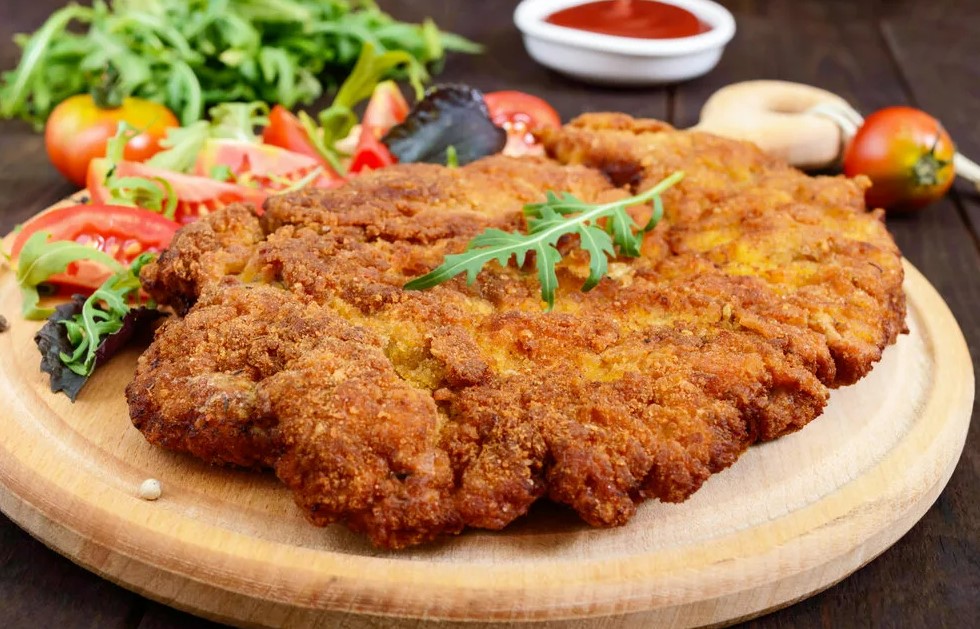 You should definitely try the traditional dish of tafelspitz – beef with vegetables cooked in a deep pan, which is also used to serve the dish. 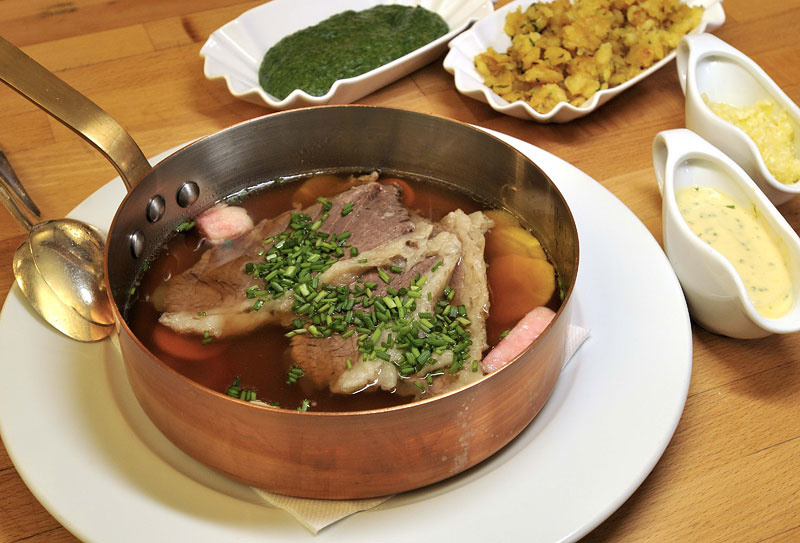 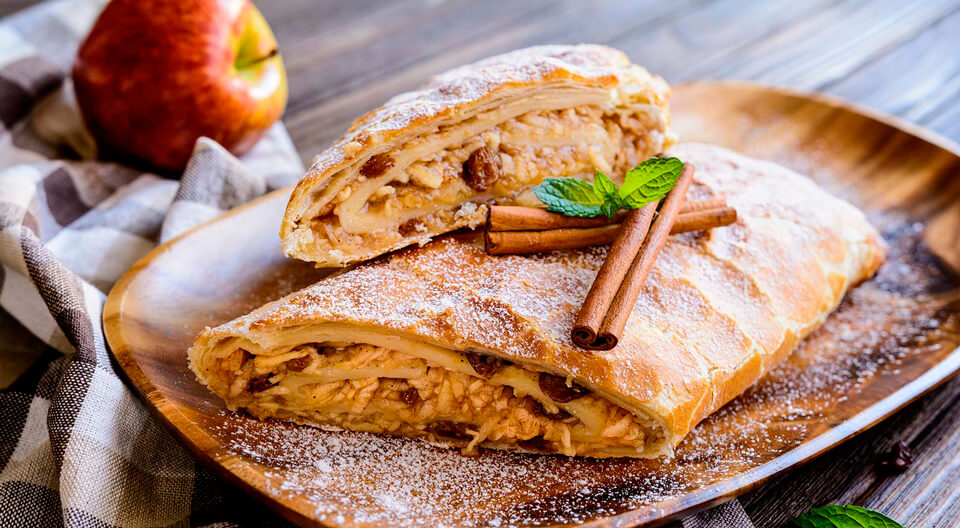 Vienna knows how to surprise, even in front of popular attractions you can find inexpensive cafes. You can ask the locals about them. Viennese themselves like to dine at Der Wiener Deewan. This is a notable place where you can eat for a donation: there are no prices and visitors pay a sum of their own free will. You can also play board games, work at the computer or read a book here.

Vienna is steeped in history and has an incredible number of sights that are explored by crowds of tourists every day.

Schönbrunn Castle is a grand building, a very popular tourist spot, the former summer residence of the Austrian emperors. Around the castle is a huge park area. Inside the palace, you can stroll through forty beautiful rooms with rich interiors, examine furniture and clothing from the Middle Ages, an ancient tiny carousel, a marble bathroom, a hall with lanterns, and many other interesting things. Schoenbrunn Park is a zoo with several hundred species of wild animals, including elephants, tigers, rhinoceroses, deer, and others. Also in the park you can wander along the winding paths of the labyrinth, and in the nooks you can find the symbols of the zodiac. In addition, you can visit the carriage museum, see copies of Roman ruins and statues of the gods, the Neptune Fountain, the palm greenhouse and the dovecote.

READ
Evergreen Asturias. Escape to the mountains of Northern Spain 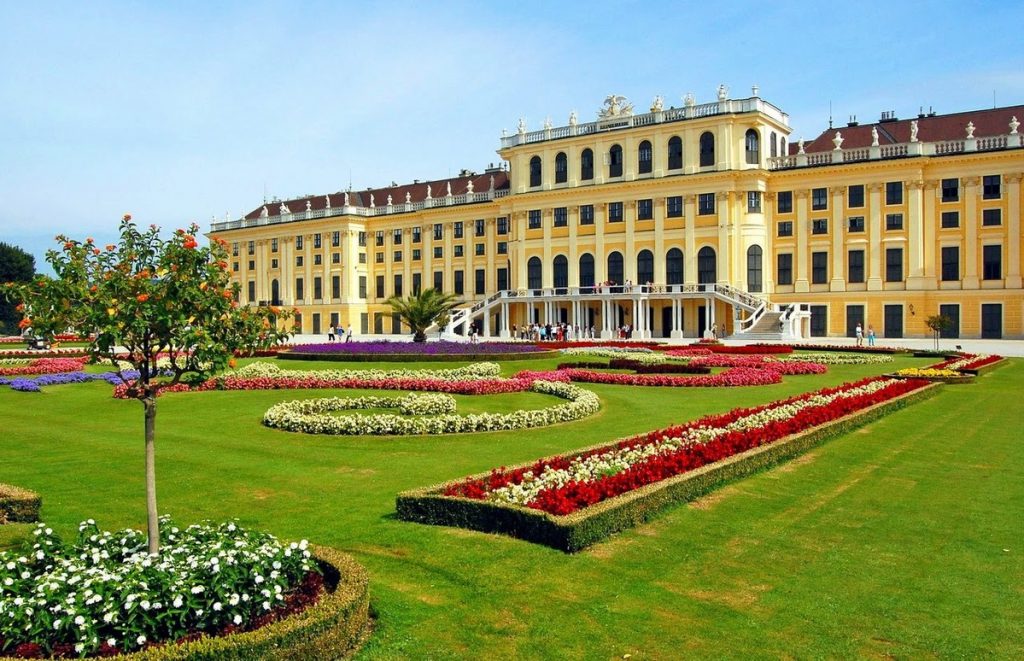 Hovburg is a complex of buildings consisting of two dozen palaces and many structures. Hovburg has a total of two hundred rooms. In ancient times it also served as the imperial residence of the Habsburgs. Today some of the rooms are the seat of the Austrian president, as evidenced by the flags that are hanging around. The rest is home to concert halls, museums, exhibitions, and the city library. 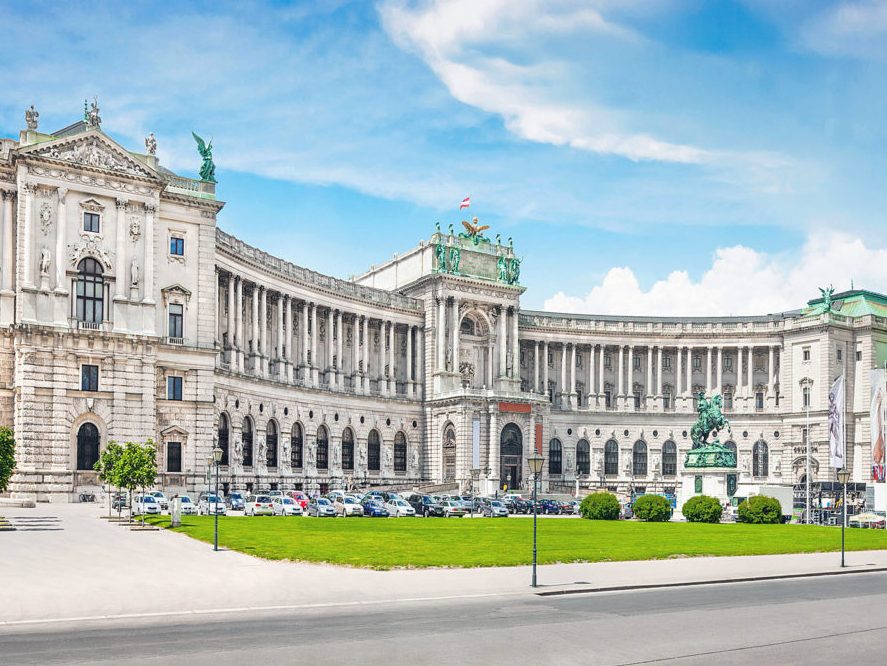 The Belvedere is another baroque palace complex. Here you can see the marble bedrooms, halls decorated with gold, beautiful frescoes, paintings by artists of different times, the palace chapel and many other splendors. The famous Viennese balls are held every year in the ballrooms of the Belvedere. 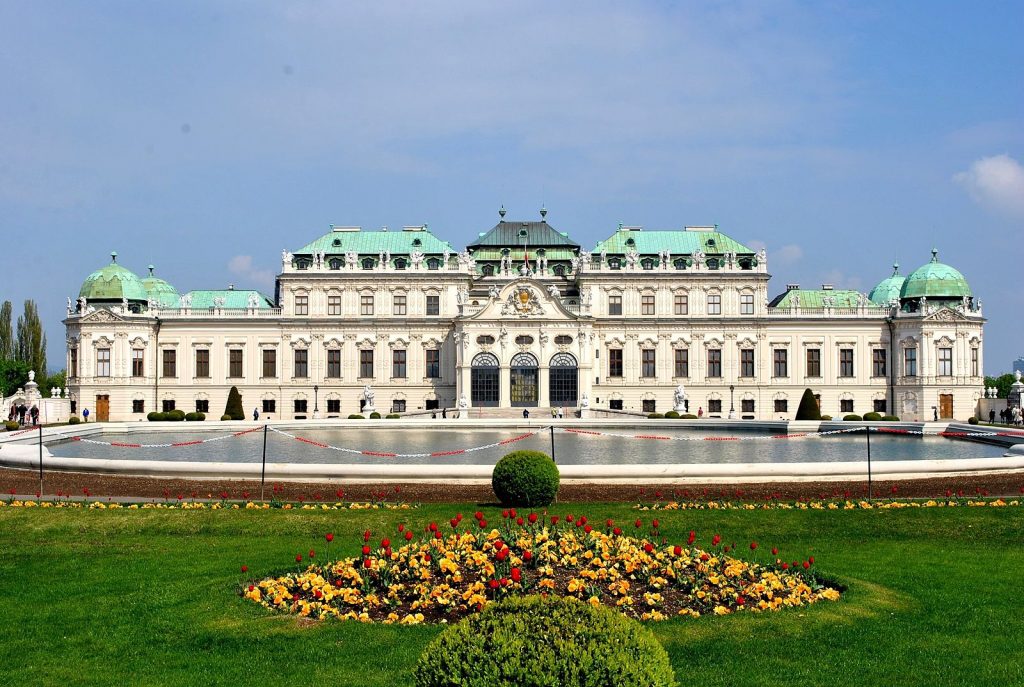 The Vienna State Opera is the largest opera house in Austria. The building was destroyed during World War II, and then completely rebuilt. Every year there are over 80 productions. Only internationally renowned artists perform on the stage of the Vienna State Opera. Seats in the hall are equipped with monitors, on which it is possible to read the text of the performance. In the theater there is no strict dress code, every visitor is allowed in, even if he is, for example, in jeans. 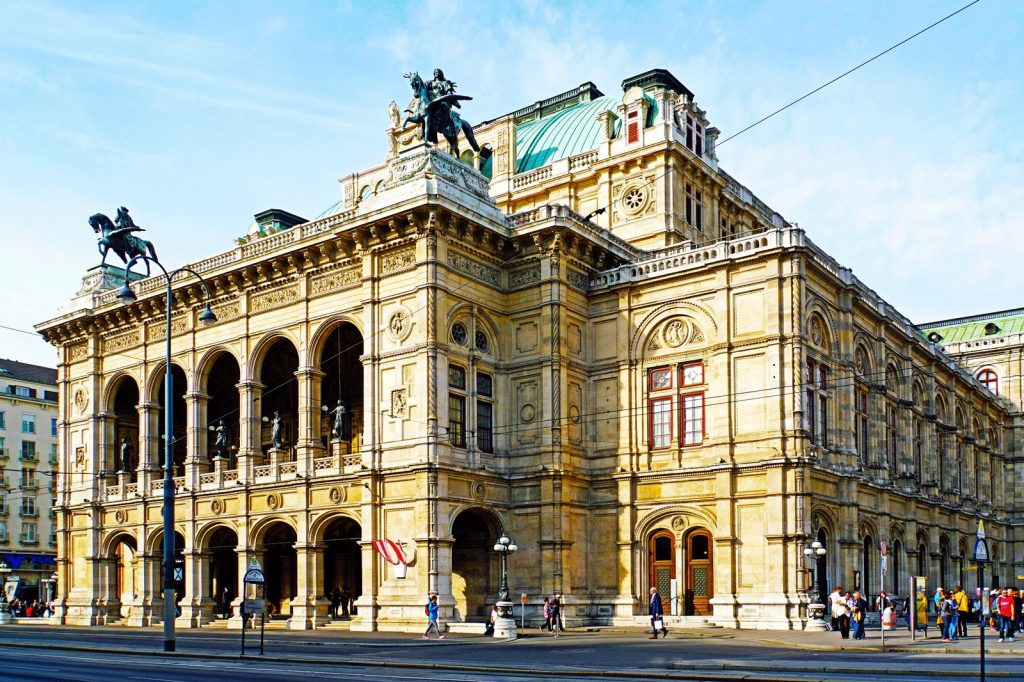 The Imperial Treasury is the largest treasury in the world, here are collected a large number of antiques, works of famous artists and sculptors, religious relics. This is where the Grail Cup is stored, which was used by Jesus during the Last Supper. The basis for its manufacture was agate stone. 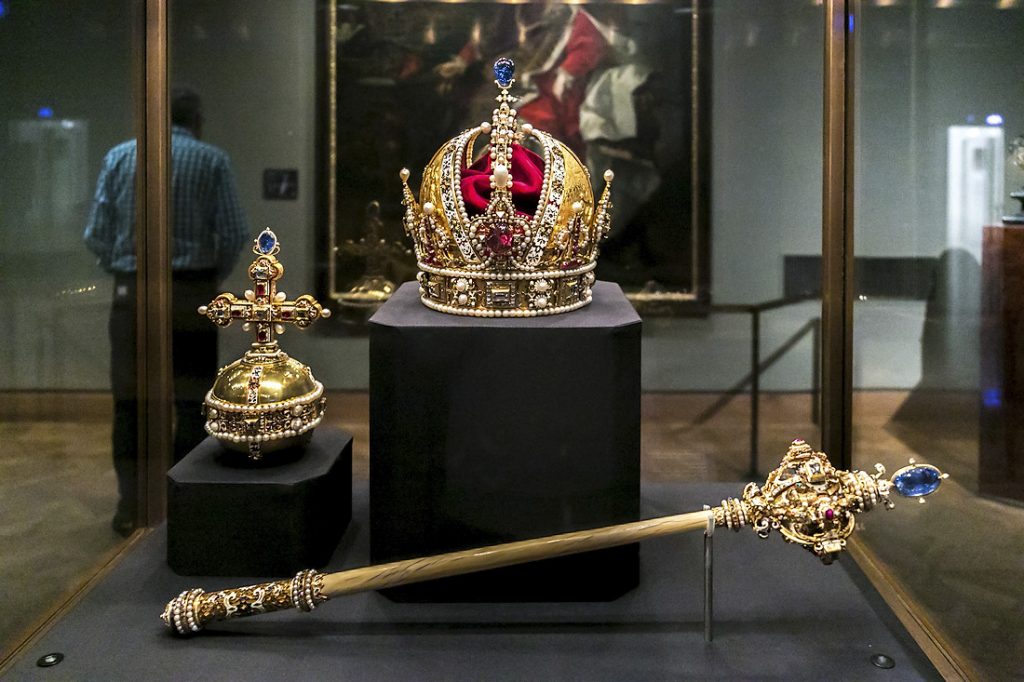 Prater Park is the most famous of Vienna’s parks. It is loved by local residents. It includes several areas: an amusement park, a forest and an alley for strolls. In the park there is an old restaurant where you can enjoy the world famous pork knuckle and potato flapjacks with beer.

Kronzenstein Castle is the most popular place among tourist attractions. It is located north of Vienna in the town of Leobendorf. The castle was built on the ruins of a Roman fortress. In XVII century, during the war with the Swedes, it was significantly destroyed, but later it was successfully restored, returning it to its original appearance. 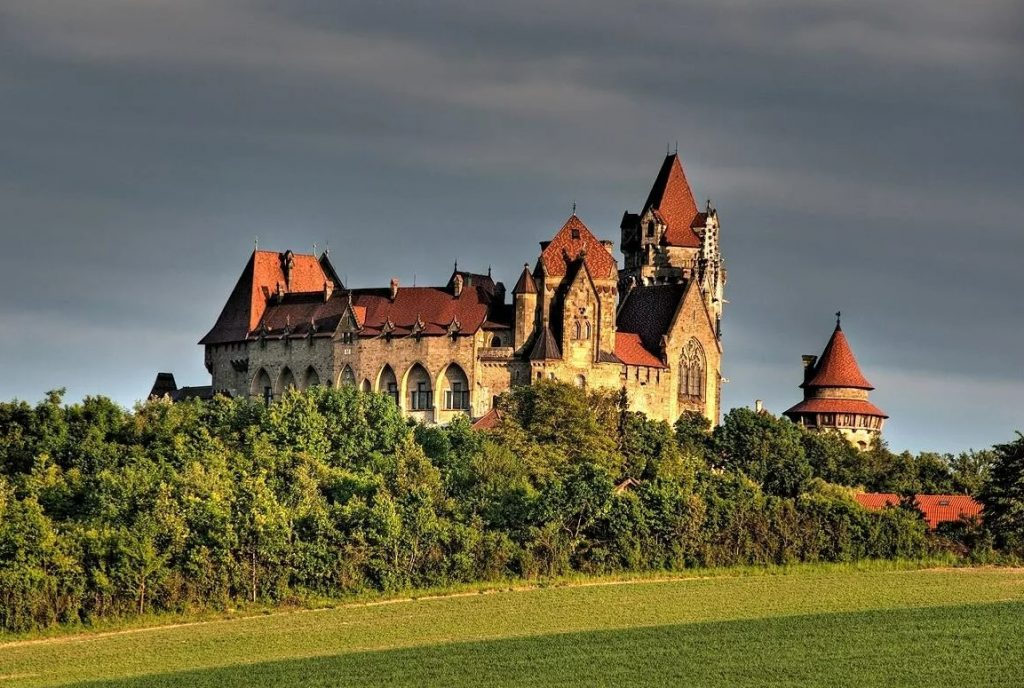 Vienna is a fabulous city which fascinates with its beauty. Here you can spend a vacation walking in the beautiful parks, visiting castles, museums and theaters.