The beauties of Azerbaijan: nature and architecture

Azerbaijan is a country one wishes to visit again and again. Cities in the country have their own unique history. Almost every city has its own nature, beautiful monuments of architecture, plenty of mud volcanoes, thermal springs and picturesque mountains. One vacation is definitely not enough tourists to have time to explore every corner of this beautiful country.

Azerbaijan truly can be called a country of contrasts, because here the ultra-modern architecture is very interesting combined with ancient buildings. Blazing hills amazed tourists since the 13th century. This is a mysterious country, because walking through the different streets, you can find yourself in Venice! It has a rich flora and fauna. This fact is very attractive to travelers who come here from different parts of the world. Now here is just a small part of the reasons why tourists are attracted to this country.

The Fiery Mountain of Yanardag.

A very famous sight given by nature is Yanardag. It is a unique area because the fire here does not go out even under the influence of bad weather conditions. The flames have a place both on the ground and on the rocks. Such a sight makes a strong impression on absolutely every tourist. The best time to observe the mountain is when it gets dark. Accordingly, vacationers in Baku may be lucky enough to see such beauty. The fire does not stop because of the leakage of natural gas. It penetrates straight from the bowels of the earth. For the first time this miracle became known thanks to the tourist Marco Polo. Later, in the 15th century, this area was visited by Alexander Dumas. This unusual place is located just 25 kilometers from Baku. 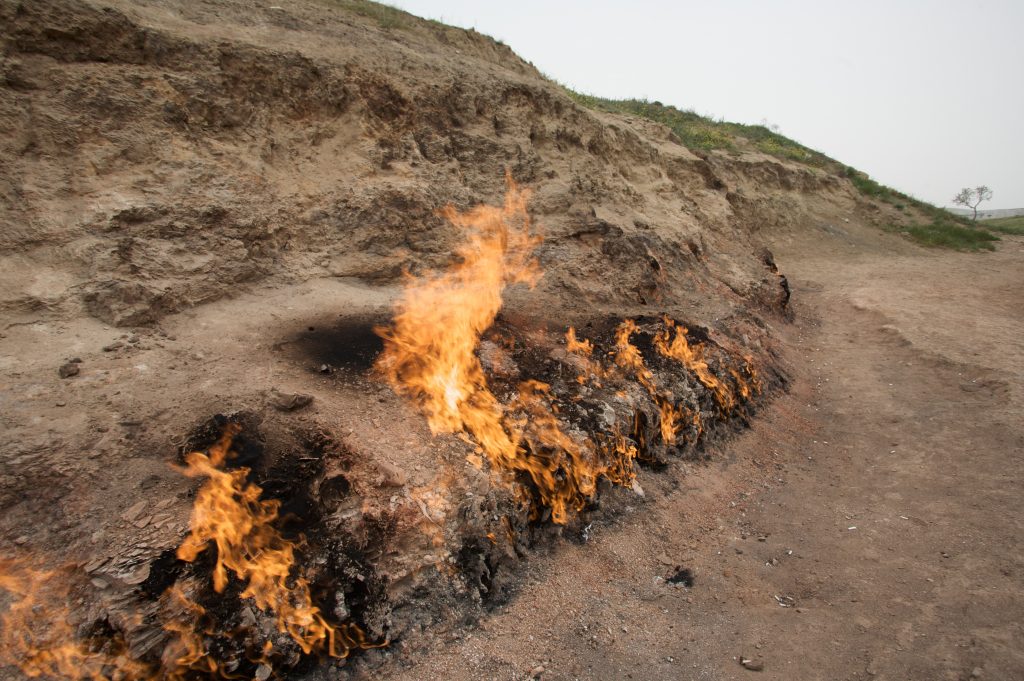 The Fiery Mountain of Yanardag.

The real pride of the country is the Heydar Aliyev Center. This place is often compared to a huge wave, or an extraterrestrial plant, or a star ship. It was erected in honor of the previous president. The foundation of the architecture is the commander-in-chief’s signature. The building was voted best in one of the competitions in 2014. The place is a symbol of the new Baku. It is thanks to Zaha Hadid that such an unusual landmark appeared.

READ
Getting to know the resorts of Sri Lanka: Ahungalla, Dikwella, Kataragama, Hikkaduwa

The complex is located in the heart of Baku . It has exhibition centers, a museum and a hall for business meetings. This attraction has a rather bizarre shape. Sometimes tourists do not understand which part they are walking on: the floor or the wall. The center is located in a park, which often hosts exhibitions on various topics. It is simply impossible not to visit this place when you come to Baku. 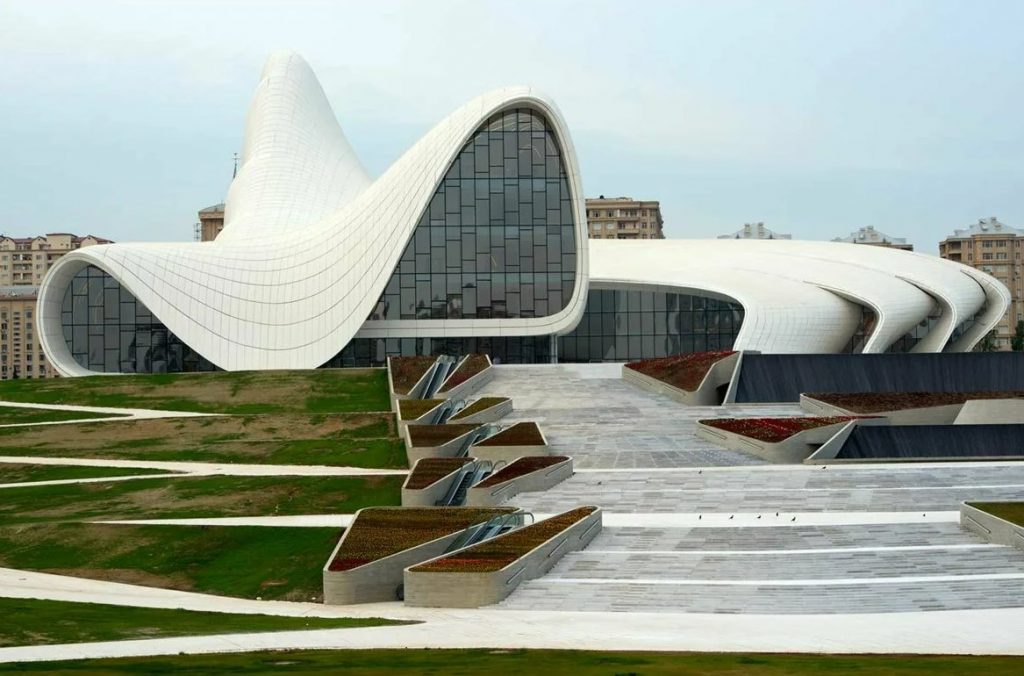 3. Seaside Park – a piece of Italy

The Seaside Reserve is the location of “little” Venice. For many years, the island does not cease to please visitors . Nowadays, it is a very popular destination among tourists. This park appeared in 1960. Locals immediately called this area Venice. The head of the city, Alisha Lemberansky, having made a trip to Italy, wanted to bring a piece of the city to him. In the 2000s this place was reconstructed: additional bridges were built and water channels were enlarged. There are beautiful flowers, fountains and statues of various heroes in the park. There are many restaurants where you can taste the cuisines of different countries.

Staying in “Venice”, it is worth taking a ride on a traditional boat . Usually there are many people who want to make such a trip, so you have to stand in line for a while. Sailing on a boat, tourists can make a lot of interesting shots. Especially interesting to sail under the majestic marble bridges. 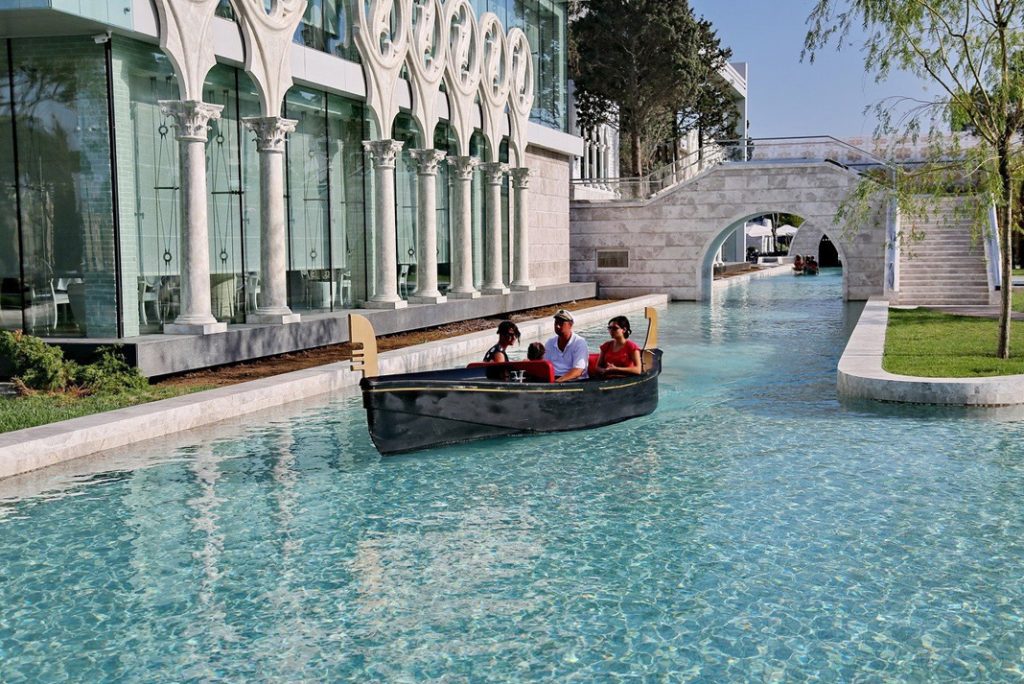 3. Seaside Park – a piece of Italy

The reserve was founded in 1925 . The national park is located in the northeast of the Caucasus. In the national park you can have a great vacation. The beauty of this park is not inferior to other reserves. The territory of the park is divided by deepened lowlands, where all kinds of rivers flow. Here you can see a lot of interesting animals: martens, ermines, wolves, deer and many other living creatures. In total, there are 8 lakes in the park.

READ
Where to stay in Fuerteventura. Canary Islands, Spain

The most fascinating lake is Goygol . In the lake swims a lot of trout, which are specially inhabited by workers of the national park. Beautiful swans decorate the water body. The color of the water body is bright blue. In the reserve it is possible to engage in fishing. This is the best place for ecotourists, because there is an abundance of oaks and lianas. Individual trees are 40 meters high and 2.5 meters thick. On the territory of the park there is an observation deck, which offers a great view of nature. The road to the pond is asphalted and the reserve itself can be reached by bus. It runs both from Baku and from Ganja. 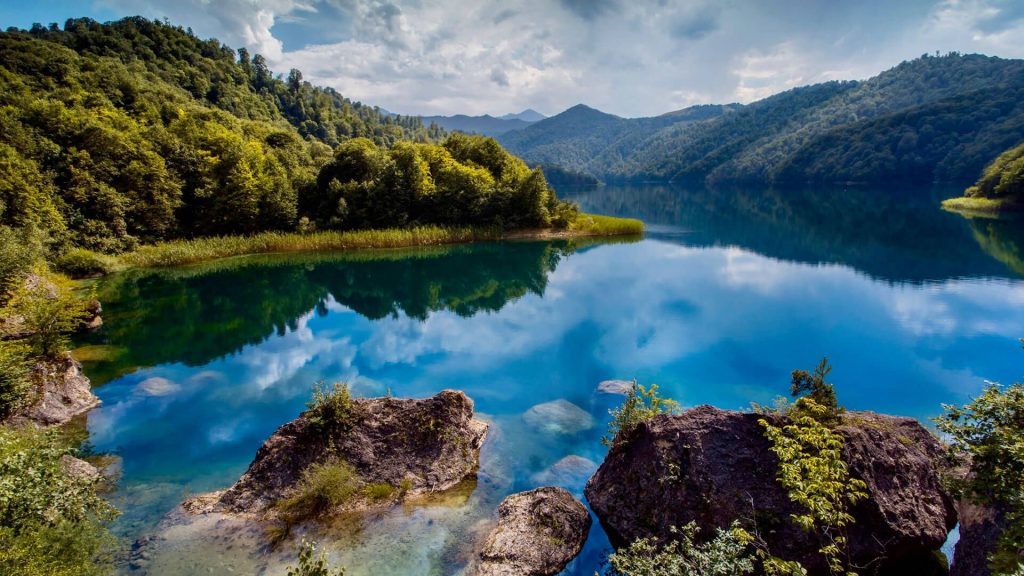 5. The Old City of Icheri Shahar

This city is an ancient part of Baku . It is often called “Old” or “Fortress”. Staying in this area, tourists undoubtedly feel the environment in which the local people lived a huge number of years ago. The atmosphere is that of the Middle Ages.

The town consists of old buildings. It attracts visitors with its small streets that resemble mazes. There are so many legends about the old city that many tourists try to visit it. Here you can see palaces, Maiden Tower, Mohammed Mosque and many other attractive sights. 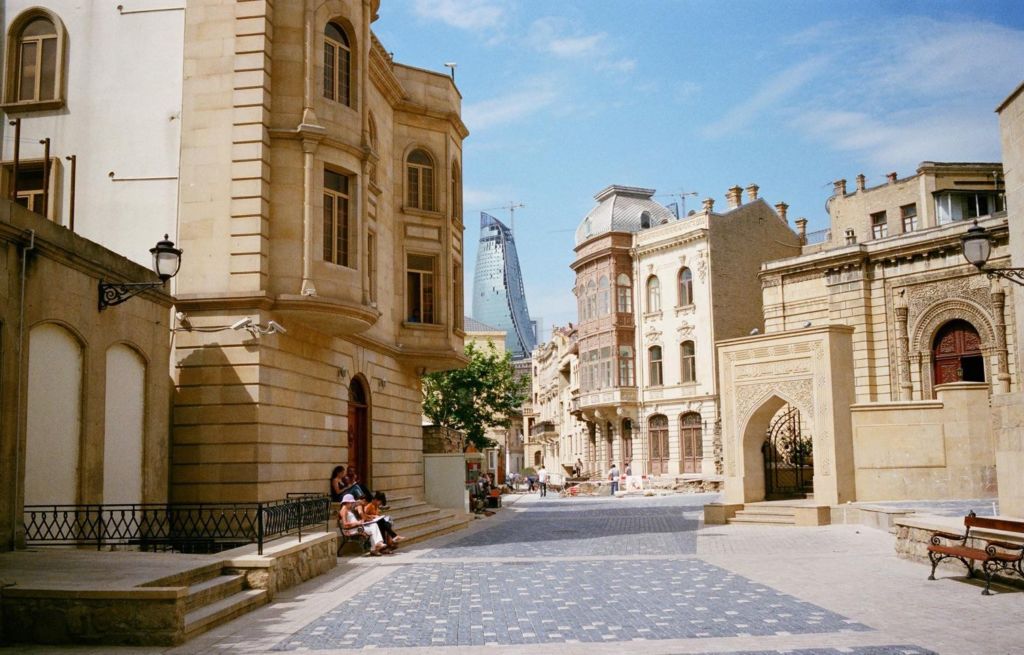 5. The Old City of Icheri Shahar

Maiden Tower is the main symbol of the city. According to legend, one monarch wanted his daughter to marry a man he did not love. The girl managed to persuade her father to arrange a marriage ceremony only after the tower was built. She hoped that by the time the structure was built, her father would change his mind and allow his daughter not to marry that young man. However, as soon as the construction came to an end, the girl climbed to the very top of the tower and threw herself out of the window into the open sea. No one can say exactly when the structure was built. Today the tower is a museum. There is an observation deck at the top, the view from which takes the breath of every traveler.

READ
Bari, Italy travel guide: everything you need to know 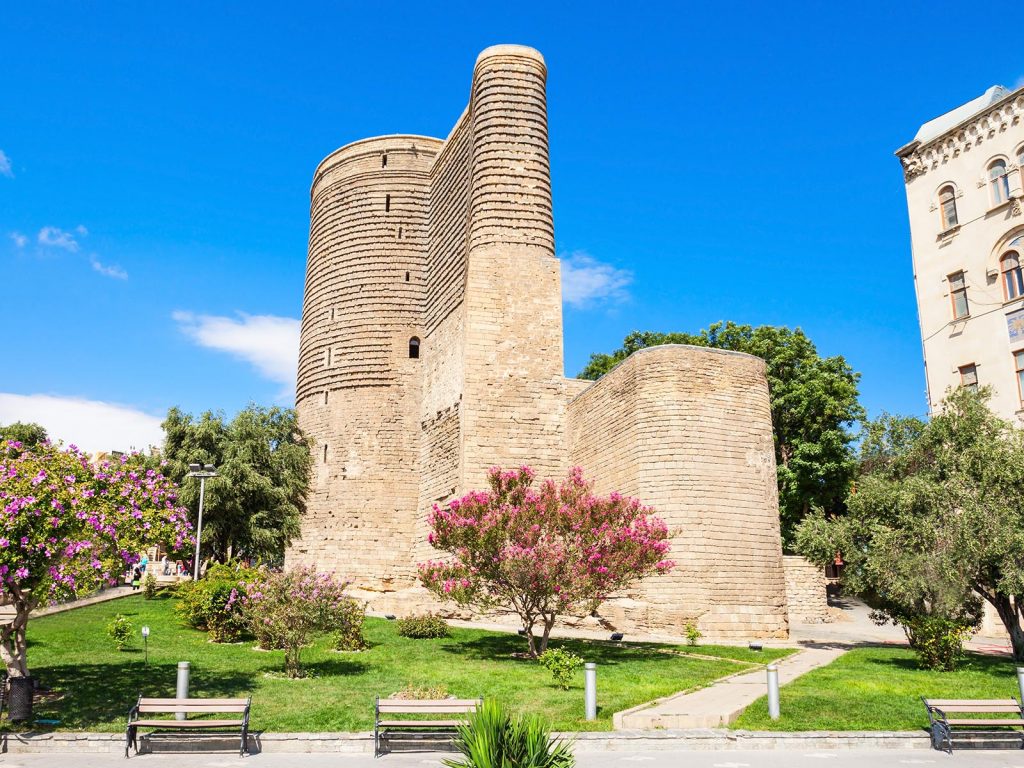 You can come here at any time of day . Old city is situated near Caspian Sea. Icheri Shahar is a UNESCO World Heritage Site.