The city of Kaifeng is located in eastern Henan Province. It is included in the list of 24 historically and culturally famous cities compiled by China’s State Council. Kaifeng currently covers an area of about 6,500 square kilometers. The city has a population of 5 million. The city’s telephone code is 0378, and its zip code is 475000. Kaifeng is 72 kilometers from Zhengzhou, the capital of Henan province. It takes about 45 minutes by car.

Kaifeng is one of the seven historic capitals of China. It is sometimes called the “Capital of the Seven Dynasties”. From the time of the Northern Song Dynasty (960-1279), Kaifeng was the political, economic and cultural center of China. At that time, Kaifeng was one of the most highly developed and prosperous cities. For this it was called the International Metropolis. Each dynasty left a rich historical and cultural heritage in the city. Kaifeng’s ancient buildings are varied in style and reflect different eras. They draw on architectural traditions from the Song dynasty (960 – 1279), the Yuan dynasty (1271 – 1368), the Ming dynasty (1368 – 1644), the Qing dynasty (1644 – 1912) and the early years of the Republic of China. Historic sites such as Lun Tin (Dragon Pavilion), Te Ta (Iron Tower Park), Xiang Guo Si (Shokokuji), Song Du Yu Jie (Imperial Street of the Song Dynasty (960 – 1279), Qing Ming Shan He Yuan (City Millennium Park, or Qingming River Landscape Garden) represent the glorious history of old Kaifeng, the capital of the northern Song Dynasty.

Throughout its history, Kaifeng has been called by different names, such as Daliang, Bianliang, Dongjing, Bianjing, etc. The history of the city goes back more than 2,700 years. The Wei state in the Three Kingdoms Period (220-280), the Late Liang Dynasty (907-923), the Late Jin Dynasty (265-316), the Late Han Dynasty (206 BC – 220 AD) and the Late Han Dynasty (206 AD – 220 AD). The Late Chou Dynasty (1045-BCE – 256CE) during the Five Dynasties (907 – 960), the Song dynasty emperors (960 – 1279) – all chose Kaifeng as their capital. That is why Kaifeng is sometimes called the Capital of the Seven Dynasties. Kaifeng, Zhengzhou, Xian, Luoyang, Beijing, Nanjing, Hangzhou and Anyang are the eight famous ancient capitals of China. These cities enjoy great fame both inside and outside of China.

The city of Kaifeng gained its name in the Spring and Autumn Period (770-776 BC). A local prince named Zhong, who served Zheng state, chose the site to build a city and set up grain storages. At first the city of Kaifeng was called Qi Feng. The name came from the long phrase Qi Tuo Feng Jiang, which signified the expansion of the state. In 156 BC, during the reign of Emperor Jing of the Han dynasty (206 BC – 220 AD), it was decided that Qi Feng would be renamed Kaifeng. This was because the emperor’s name sounded like Liu Qi, and the city’s name, Qi Feng, resembled this name, which was unacceptable. The city of Kaifeng (also known as Dongjing) was the capital during the Song dynasty (960 – 1279) for 168 years. Nine emperors chose this city as their capital. The area of Dongjing (the ancient city of Kaifeng) extended for 30 kilometers in circumference. The area consisted of three layers of buildings: the outer city, the inner city and the imperial city. The city had three moats for defense against enemies. The organization of traffic and communication in Kaifeng was quite convenient. It was possible to move both by land and water. As for the layout of the city, Dongjing no longer used the old style of Fang and Li. It began to use a new method, according to which markets and residential quarters were placed in the same area. This, to some extent, influenced the structure of the population and its size.

READ
What countries in Europe are worth visiting

Write to us and our Russian-speaking experts will be glad to help you organize your trip. We will quickly give you a favorable offer of a tourist program meeting your wishes, and answer all your questions.

Kaifeng – the ancient capital of China

Whether it’s your first time on Chinese soil or you’ve lived in the country for several years, traveling in China is a great way to learn more about the culture, history, and life of our Chinese contemporaries. And with the help of our China Guide Magazette project, you can not only expand the geography of tourist spots in the country, but also learn local best practices. Let’s go? 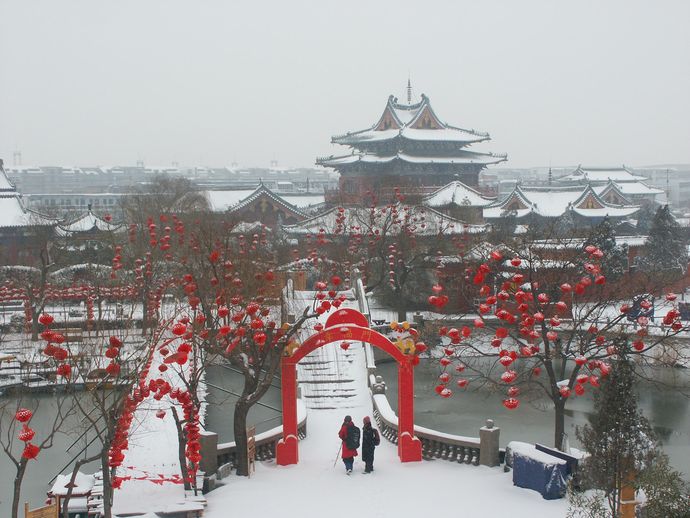 Kaifeng is a small city in which literally everything breathes history. Not particularly touristy, popular and developed, it is located near the major transportation hub Zhengzhou. Even 300 years before Christ, a fortress and army stores were built here, and although more than 2000 years have passed, and historians say it’s hard to imagine that anything historically significant happens in this area again, some ancient buildings still managed to keep, and even in the unrestored form.

Kaifeng is extremely convenient to get to from nearby Zhengzhou (郑州) or a little farther east Xuzhou (徐州). High-speed and regular trains cost 13-20 yuan and 80-140 yuan, with travel times of about 40 minutes and two hours, respectively. There are also excellent bus services between Kaifeng and Chengzhou, Nanjing, Hefei, Shanghai, etc.

How to get around the city?

Kaifeng is a classic settlement with a flat, broad main avenue leading to a central square and a lake. You can cover the entire town on foot in a day, or you can take a cab – the starting price is 5 RMB for 2 km, with a further 1.3 RMB for each additional kilometer, plus a +1 RMB fuel tax. Bus fare is 1 yuan. You can also use rickshaws and motorcycle cabs, the price is negotiable.

The best places to stay in Kaifeng are trusted chain hotels, because small hostels simply don’t have a license to take in foreigners. We recommend paying attention to hotels located along Housi Road (后寺街) and Shengfuqian Road (省府前街) in the “old town” area (鼓楼). The cost compares favorably with accommodation prices in major cities, but you can’t expect European buffets and high-tech infrastructure either.

The city of Kaifeng is quite small, but it has some important historical sites. You should probably take a couple of days to leisurely explore all the sites and relax in the shade of parks. Locals are not spoiled by the attention of foreign and local tourist groups, so will be happy to tell you how to navigate the area, give advice and help develop a personal itinerary. 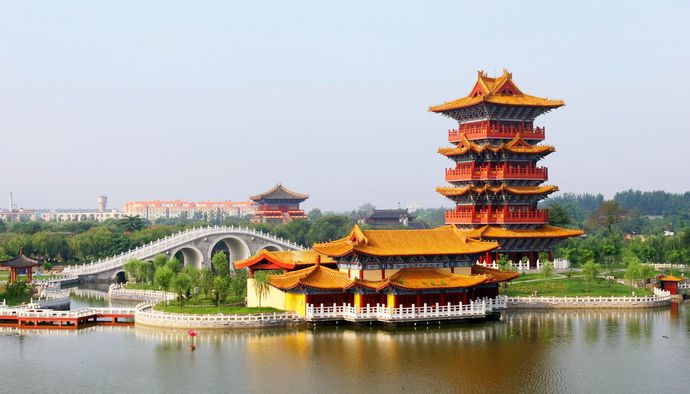 Many restored but no less colorful buildings are located along the most visited street, the Imperial Street of the Song Dynasty (宋都御街), overlooking the square and the park that skirts the largest lake in the city. Entrance to the historic Qingming Shanghai Garden will cost 60-120 yuan depending on the season, and it’s also worth considering that it closes quite early as the sun sets. Nevertheless, the nightlife of this district of Kaifeng is very vibrant and varied as shops and eateries open their doors at dusk, the night market and entertainment stalls with toys, clay painting, handicrafts, and the elderly begin their traditional “square dancing” to the accompaniment of loud rhythms. 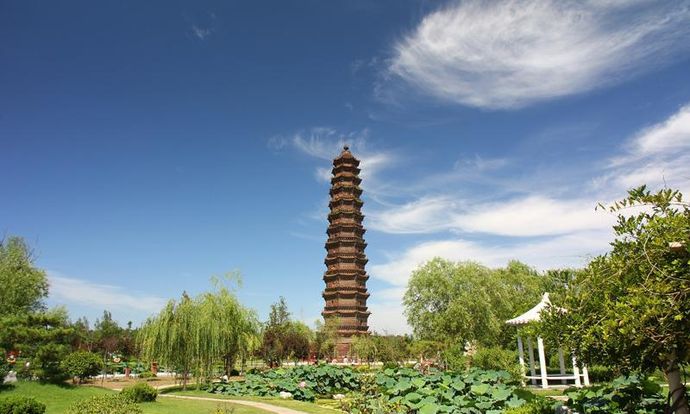 Kaifeng is famous for being the site of the first and one of the most mysterious pagodas in Chinese history, the Iron Pagoda. Around 1049, a pagoda called the Kaibao Pagoda (开宝寺塔) was built on this flat area, built on the site of a ruined wooden pagoda and finished with glazed tiles and mosaic inlays. From afar, it looked like a metal pagoda to the locals. In total there are 13 tiers in the pagoda, with windows on all sides of the world. The outside and inside walls of the pagoda are covered with carvings depicting the Buddha, monks and dragons. Part of the frescoes were destroyed during the Cultural Revolution. Also inside is a spiral staircase leading to the statue of Buddha under the very dome in a gradually narrowing corridor. Under the eaves hang 104 bells that make a sound when the wind blows. Admission: 30 yuan.

READ
Hike to the Fatal Mountain of Middle-earth 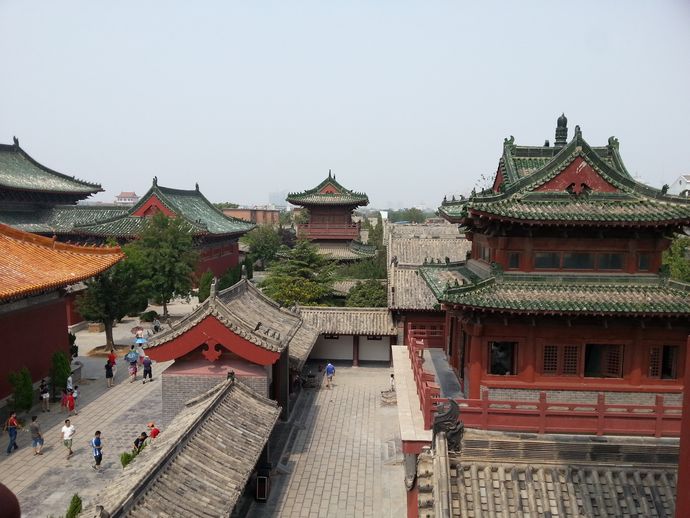 Another attraction in this small town is the Baogong Temple or Temple of the incorruptible judge, located just north of the previous two. The shrine, fully named 包孝肃公祠, includes a garden with an adjacent lake, a monastery and some residential buildings completed in 1488 and was at one time a private library. Because of the many fragrant flowers and plants, the place bears the poetic name “fragrant hill” (香花墩). Entrance: 20 yuan. 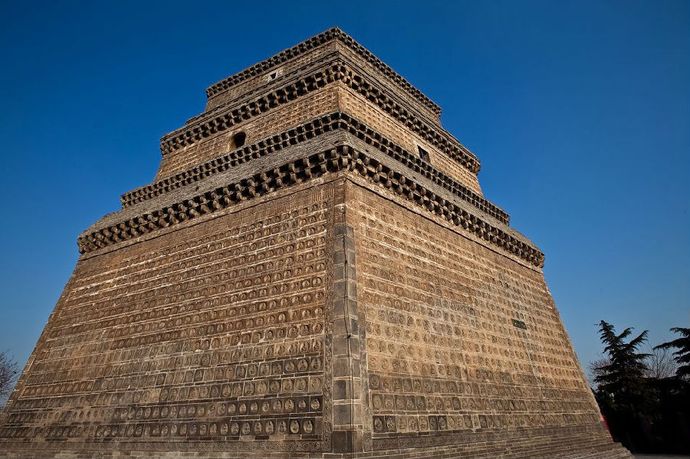 This tower is called the Tower of Sweat in some sources, and is referred to as the Tower of Fanta(繁塔) in some sources. Many guidebooks undeservedly overlook this structure due to its remoteness from the general historical buildings and architectural ensembles of the city. This is noteworthy, as the tower is the oldest building in the city. It was designed and built by the Song dynasty (960 – 1127) emperor when Kaifeng was the capital, center of science and trade.

The pagoda was built in 974 and was part of a temple complex that did not survive the many wars and disasters. The unique hexagonal tower originally had 9 stories, but now only the bottom half is left of it, and it has been lowered under the ground because of subsidence. Inside the tower is a miniature altar and several figures of saints. Each tile has images of Buddha and saints, but the lower tiles were defaced by vandals in turbulent times. Admission: 10 yuan. 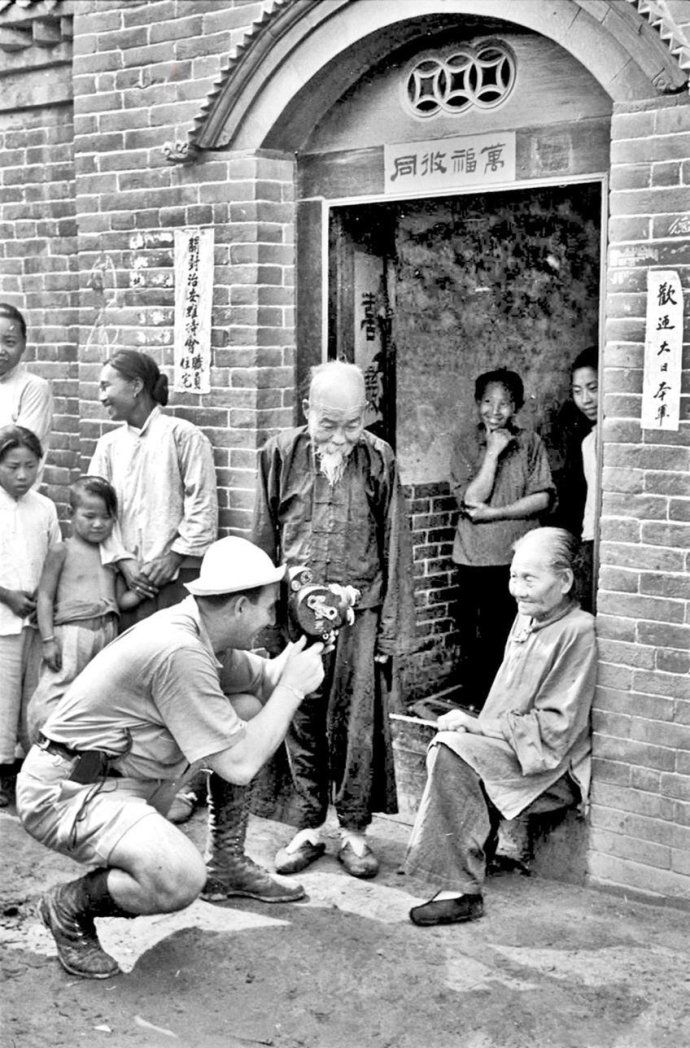 Kaifeng is home to the world-renowned Union for the Study of Jewish Culture in China (中国犹太文化研究联盟), which brings together seven research centers from China’s major universities. Back in 1605, traveler Matteo Ricci discovered a Jewish settlement in these places, though far from civilization and important trade routes, but maintaining traditions and customs, as well as connections with compatriots around the world. Today, an alliance of researchers is primarily concerned with finding the roots of the modern Kaifeng people, as well as with the assimilation and adaptation of the Jewish population in China at that time.

The photo used for the title illustration is www.360doc.com.

Other issues of the Magazeta Guide to China: 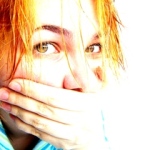 Originally from the Far East, has had time to live in the north and south of China, explore the megacities and travel through the villages of the southern provinces, get a PhD. Methodist, teacher, translator, editor, author.