In all, there are about 7,000 islands scattered across two million square kilometers of the azure expanse of the Western Atlantic. The islands vary less in their landscapes, but much more in their size, history, culture, inhabitants, economies, and political systems.

Only minor differences can be taken into account when evaluating landscapes. All of the top islands have fabulous white beaches, lush vegetation and typical tropical waterfalls in the central part of the islands. There are almost identical opportunities for water sports, the most popular being offshore fishing, diving, sailing and surfing.

A kind of “recreation factor” is also important. This means that the islands or parts of islands, overloaded with tourists, are estimated worse than the less civilized islands, which, however, do not have to rest in conditions a la Robinson Crusoe. Criminal and political situation also has a negative impact on the coefficient, for which reason, Jamaica and Haiti “drop out” of the rating. 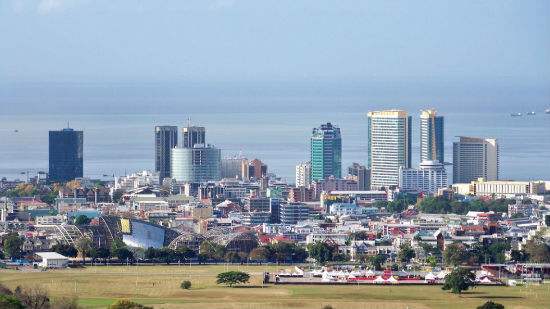 Although it is the largest Caribbean island with an area of 4,800 square kilometers, it takes the first place in the ranking. The reason: Trinidad and its constant companion Tobago carefully preserves the exclusive English provincial style of the colonial era. They try to treat every tourist here as if they were His Excellency the Governor.

The state, thanks to oil and gas, is very wealthy and does not depend on tourism for its well-being. Accordingly, all the relevant institutions are well maintained and not cheap.

Trinidad is considered home to the most beautiful women in the Caribbean. In 1998, Wendy Fitzwilliam won the Miss Universe title, and many beauty queens from Latin America and the U.S. originate from here. The downside: the beauties have to be fished out throughout the day, as the nightlife conforms to the boring rules of the Victorian era. So the most popular time to visit Trinidad is carnival.

READ
Unusual hotels in the world

Everything for every taste.

Wonderfully preserved nature, especially the beaches and the famous coral reef. No cruise ships and no all-inclusive programs. Despite this, the island offers maximum variety, interesting shopping, brilliant activities and entertainment.

Anguilla is considered the culinary capital of the Caribbean. From elegant gourmet restaurants to slow-paced beach bistros to democratic street grill counters, everything is on offer.

An oval island with 100 square kilometers. In the middle of the island there is an extinct volcano with a beach all around.

Water sports and doing nothing are the main points of the vacation program. Renting a car is not recommended because of the left-hand traffic and local drivers who at every intersection reinterpret the rules of the road, which makes driving a real lottery and even Russian roulette. 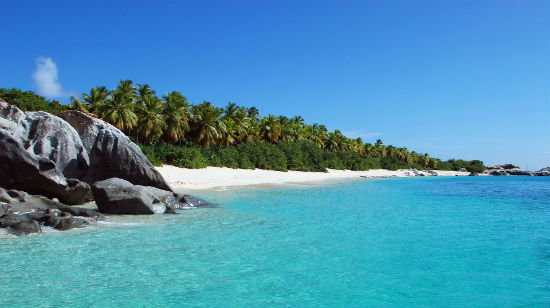 A little diamond among the British Virgin Islands. Those who do not want to stay in the extremely popular bungalows here can check into the equally popular Biras Creek Hotel & Resort. This hotel offers the luxury and international comfort of a four-star hotel.

Especially popular here are the giant rocks on the beach, between which you can have a wonderful swim in the particularly velvety sea water. 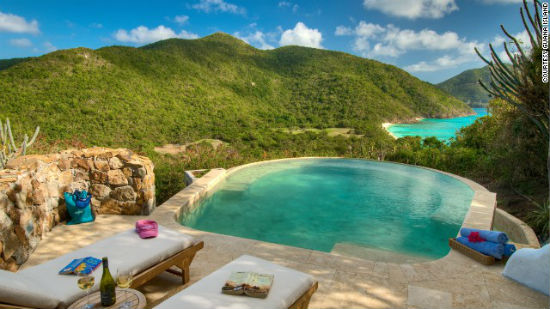 Exclusive, as if “handmade”

Guana Island is a trusted tip for those looking for a secluded, yet luxurious island getaway. The picturesque, hilly island covers just 345 hectares and is part of the British Virgin Islands.

There is only one hotel complex on the island, which includes a few small villas. A total of only 32 people can rest there at a time. This ensures that vacationers remain largely “among their own. The disadvantage is that there is only one hotel boutique with a very limited range of goods for shopping. Which means you should always have a fully stocked yacht at the ready.

St. Thomas is the main island of the American Virgin Islands, which has its own airport and its own seaport. It is true that this port is extremely popular with cruise companies and all passenger liners that pass by call here for a day’s mooring. Thousands of passengers descend the gangway on land every day and head for the shopping areas near the port, for St. Thomas is known as a true shopping paradise.

The island is world-famous for its low Duty-Free prices. Alcoholic beverages, jewelry, electronics, and art are literally astonishingly cheap.

The island’s architecture is rooted in the long Danish colonial period, which is in stark contrast to the Spanish or English architectural styles typical of the Caribbean region. 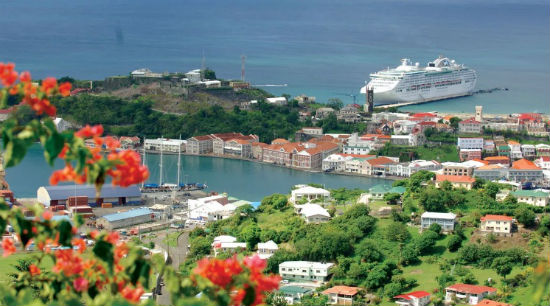 Since the great hurricane of 2004, which destroyed almost all the infrastructure, the island lives solely on tourism. But this industry needs further development and a lot of investment.

This means that the beaches are minimally equipped and the ratio of tourists to locals seems to be the best in the whole Caribbean region. 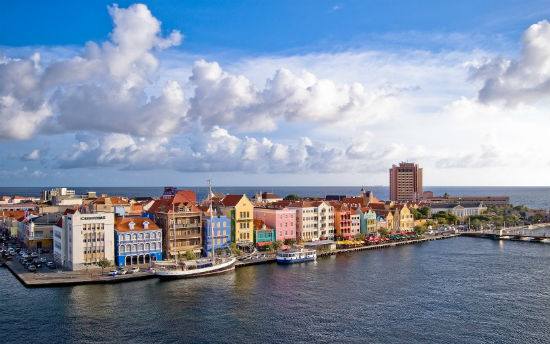 A dream for divers and couples in love.

Extremely popular island among solo and couples travelers. The reason is the pulsating nightlife, exclusive restaurants and all-around sporting opportunities. The island, or should I say the coral reef in front of it, is considered a true paradise for divers and snorkelers.

Boats with diving equipment depart every morning from the pier and remain near the coral reef all day. And this means that a decision should be taken in the evening: club and cocktails or go to bed early to have a good rest before the most interesting dives.

The place where they set the sails.

A paradise for lovers of sailing. The pirates knew this a few hundred years ago and turned Antigua into their trusty base.

The reason for this was the deep inland port and the many secluded coves that provided protection from the forces of nature. Unfortunately, there are too many sailboats around the island, and in some bays the number is just off the charts. 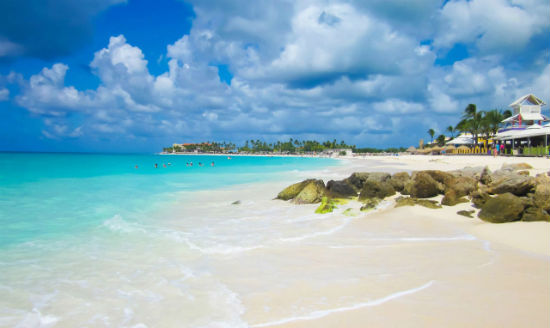 Surfing for the whole family

The most family-friendly island for families. This can be viewed both positively and negatively, depending on whether you go on vacation with or without children. Those looking for a place on the beach or by the hotel pool for the kids to splash around in, have come to the right place. But for those who might find it too noisy or who would be unhappy if they got shot in the back with a water pistol, it is advisable to look for another island.

On Aruba are extremely wide opportunities for water sports and recreation. The island is even considered the surfing capital of the Caribbean.

The island belongs to the Netherlands Antilles and is located near Venezuela.

The most beautiful islands of the Caribbean

The Caribbean is a region of more than 700 islands located in the waters of the Caribbean Sea. The local arc is more than 3,000 km long, it stretches from Cuba, Jamaica and the Dominican Republic near the American Florida and the Mexican Yucatan to Trinidad and Tobago to the east and the ABC group of islands, Aruba, Bonaire and Curacao to the west.

The Caribbean itself can be divided into three small archipelagos – the Bahamas, the Greater Antilles and the Lesser Antilles, the latter also including two small groups of islands – Leeward and Leeward. The Caribbean has 13 independent states and 17 dependent territories, including France, the Netherlands and Great Britain, and the main languages of the region are English, French, Spanish and their Creole mixtures.

The Caribbean islands are famous not only for their scenic nature, food and local rum distilleries, but also for their reggae and calypso music and miles of beautiful beaches, which can be a great choice for families with children as well as for romantic getaways. Below you’ll find our suggestions for the best destinations for the perfect Caribbean vacation! One of the most ethnically diverse islands in the entire region, with an area no larger than Poznan or Bydgoszcz. Despite this, it is home to more than 90 different nationalities and ethnic groups whose customs are still cultivated, and all of them live in symbiosis – according to the motto of the island – a happy island. The island’s geographical location outside the Caribbean hurricane belt makes it a beautiful place even during Polish holidays, and the short rainy season here lasts only the last three months of the year.

Holidays in Aruba will be ideal for adventurers who are strongly advised to rent their own car or ATV and explore the surroundings, visit local museums and galleries with, among other things, the opportunity to take part in local craft workshops, and for those who enjoy a blissful vacation without thinking about work or the hardships of everyday life. Home to Bob Marley, Grace Jones and Shaggy, this is one of the Caribbean’s largest and most popular islands. Located about 200 kilometers south of Cuba and almost as far west of Haiti, it greets visitors with the picture of every idea of an island paradise, with an evergreen interior and hundreds of miles of paradise beaches along the coast.

Jamaica is a great vacation destination from November to late May – the rest of the months are plagued by seasonal hurricanes and rain, though locals say it’s one of those places where there really is no season. During your vacation in Jamaica, you’ll find both luxury hotels and charming boutique hotels. An island of beautiful waters has been one of the most remote overseas territories of the European Union for many years, which you can visit even without a passport! What’s more, with a mobile internet package from your mobile operator, you can use it here under the same conditions as in other Commonwealth countries.

The Guadeloupe region has 5 large and a dozen small and uninhabited islands, which are best explored in the first half of the year when it is the dry season and the mercury levels show around 25°C every day. An intriguing mix of Creole, African, Indian, and French cultures makes the island’s main attractions – besides, of course, the phenomenal scenery – the cuisine and Creole culture.