Top 10 most beautiful churches in the world

Beautiful temples have not only religious significance. They differ in amazing beauty and originality, are true masterpieces of architecture. These structures amaze those around them with their majestic and divine appearance. Their diversity and interesting design is a real delight. This list includes only the most beautiful temples in the world that deserve the attention of every connoisseur of beautiful architecture. 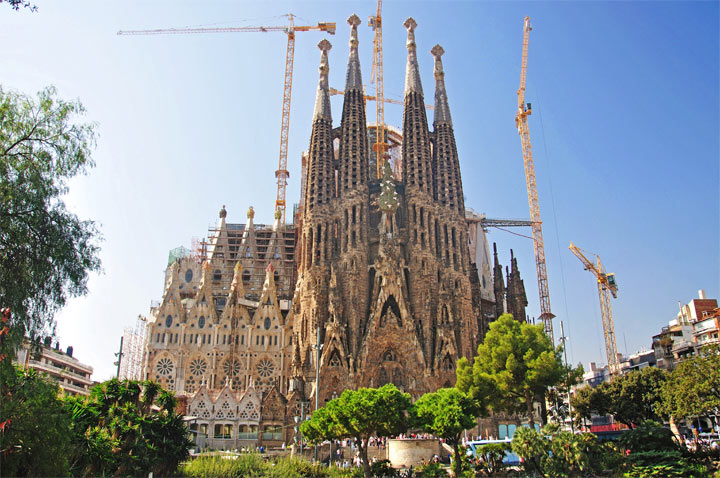 Sagrada Familia cathedral can rightly bear the title of the most beautiful temple in the world. It is an amazing building in the heart of Barcelona. The author of such a beautiful creation is the famous architect named Antonio Gaudi. The bizarre forms and architectural reliefs of the construction cause a sincere delight to locals and tourists. Inside the cathedral you can discern a lot of decor in the form of paintings, stucco and mosaics. Beautiful sculptures and towers harmoniously complement the building. There are regularly conducted free excursions for guests who wish to get acquainted with all the features of this structure. While visiting the Sagrada Familia, you can feel the entire atmosphere of biblical times.

Church of the Savior on Blood 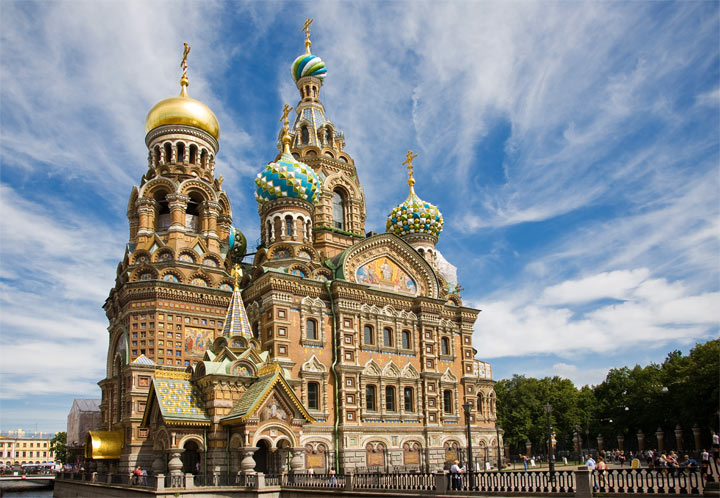 The Church of the Savior on Blood is one of the most beautiful churches in Orthodoxy and is located in St. Petersburg. The building is decorated in the Russian style with Italian marble and other semi-precious stones. The decorations are made in theatrical style, which makes the church look like a carved box of gems. Many additional details and colorful decoration materials give the church a special appeal, and the sparkling mosaic and tiles of different colors add originality and uniqueness. The Church of the Savior on Spilled Blood can be surely called an incomparable example of mosaic architecture, because this is the direction of art used in the decoration of facades, which gives the church a festive look. Historians rightly call it a monument of world significance.

READ
What to see and how to visit the museum on Quai Branly, France 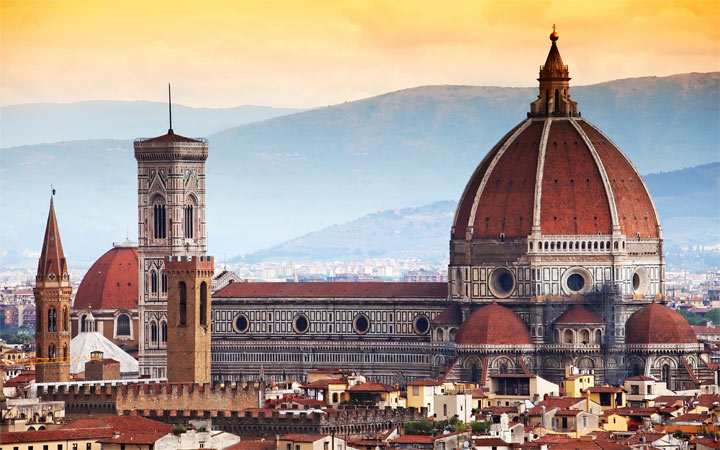 The list of the most beautiful churches in the world continues with Santa Maria del Fiore . This cathedral is a magnificent landmark of Florence. The architecture of this unique building harmoniously combines natural marble of three shades, which gives it a unique character. Gothic style, in which the building is erected, creates an impression of antiquity and nobility. Interior design is quite strict. The decoration of the facade is the statue of Our Lady with a baby in her arms and a delicate lily flower. Particular attention is attracted by the antique clock, the hands of which move in the opposite direction.

Among the ten most beautiful temples in the world is the Crystal Mosque in Malaysia. It consists of different minarets in the form of neat structures covered by mirrored glass. Thanks to this during the daytime the mosque shimmers in the sunlight, and at night it shines with the lights of specially created illumination. This amount of glass allows the light to pass through and creates a favorable atmosphere for prayer. The Crystal Mosque is worthy of being called one of the most unusual mosques in the world. In addition, it has modern facilities such as internet and wi-fi, which is very appreciated not only by locals but also by tourists. 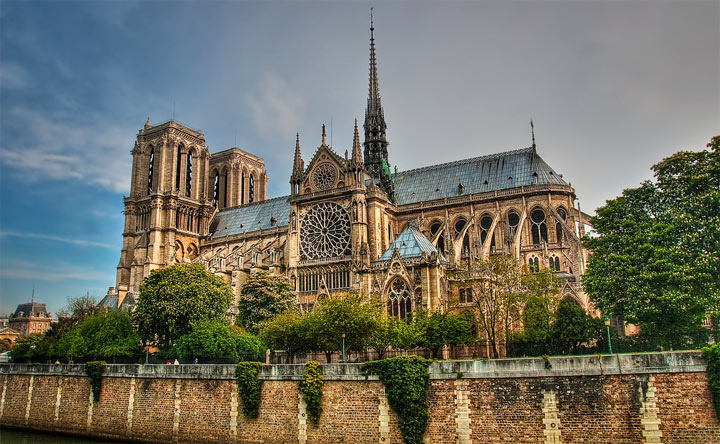 In the heart of France is a beautiful Catholic church called Notre Dame de Paris. During its construction, Romanesque and Gothic styles were used, harmoniously filling the environment with elegance and monumentality. The interior design is so magnificent that royal weddings, fancy funerals and imperial coronations used to take place here quite often. It is in this cathedral for many years kept the Crown of Thorns of Jesus Christ, which is the great relic of Christians. On the territory of the temple can simultaneously take 9 thousand parishioners. 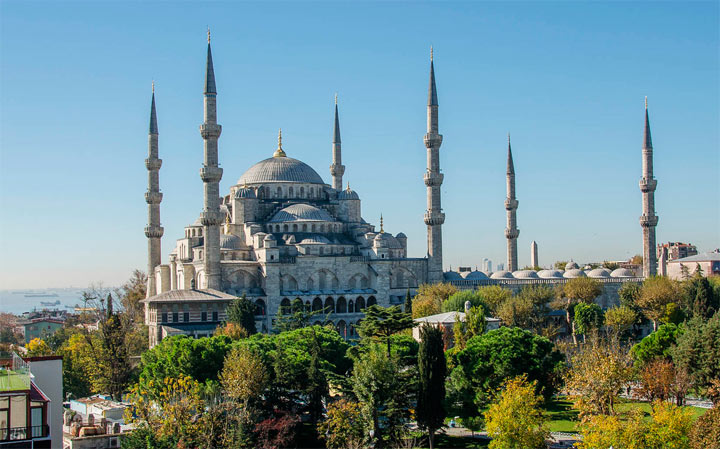 The Blue Mosque is one of the most beautiful Muslim temples in the world. Located in Istanbul and consists of six minarets. It got its name because of the beautiful decoration of the blue color. Nowadays, the construction surprises with its scale, as well as the original architecture. Here one can see a large central dome, complemented by volumetric columns and cascades. The interior is made in light colors, among which white, blue and blue dominate. The walls of the temple are decorated with handmade ceramic plates that perfectly match the lamps and carpets. Each dome here is painted with quotations taken from the Koran. The presence of many windows makes the mosque light and cozy. 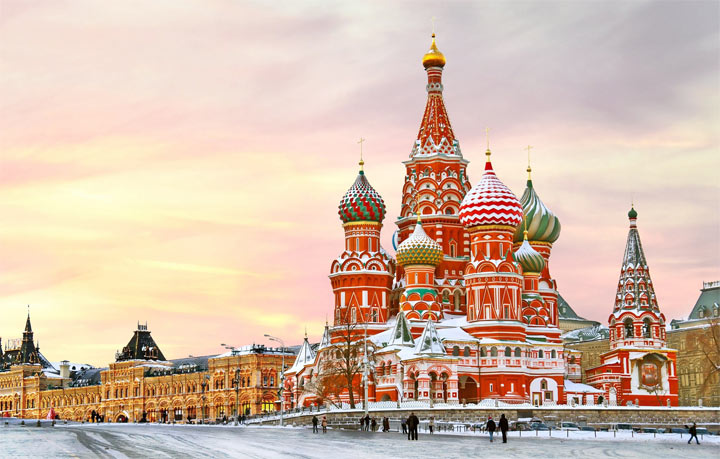 St. Basil’s Cathedral is the most famous and most beautiful temple in Russia, which is also known as the Intercession Cathedral. It is rightly considered a symbol of Moscow. The cathedral was included in the UNESCO World Heritage List because of its unique architecture. It represents eight different churches with beautiful onion-shaped domes. There is even a legend that Ivan the Terrible, after completing the construction, deprived masters of sight, so that they did not have the opportunity to create another such masterpiece.

8. The Golden Temple in Amritsar 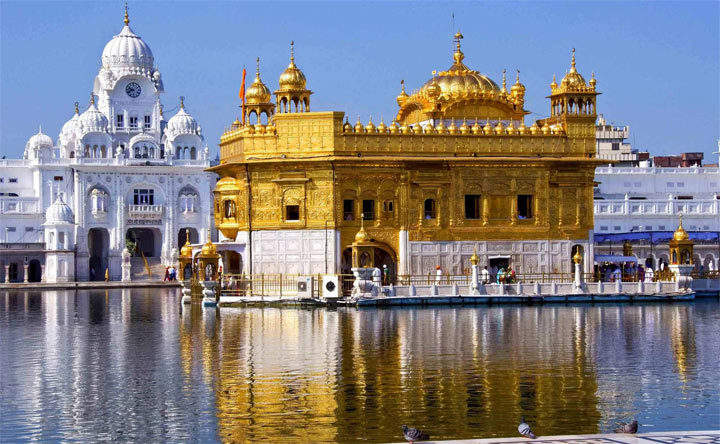 This structure, considered to be the main shrine of India, could not help but enter the top 10 most beautiful temples. The ancient Golden Temple was erected in the “lake of immortality” that Ram Das himself chose. He once had a vision in which he saw the temple twinkling with lights and then decided to make it a reality. Here they come to purify themselves from their sins and come nearer to God. The appearance of the beautiful temple resembles a white and gold lotus flower, as the upper part of the building is covered with gold and the lower part with marble.

Incredibly beautiful temple called Akshardham is a large-scale complex, which is not only religious in nature, but also scientific and cultural. It contains the temple itself, a large garden, and a research center. The main decoration of Akshardham is the statue of God Shvaminarayan in gilt, which is two meters high. In the garden you can see a beautiful waterfall, a lake, and rides, which gives the setting a kind of modernity and coziness. The research center offers a library, a historical archive and a section for learning. In addition, it provides several interesting exhibitions on the subject of India. Nearly two million tourists come here every year to see all the features of this attraction. 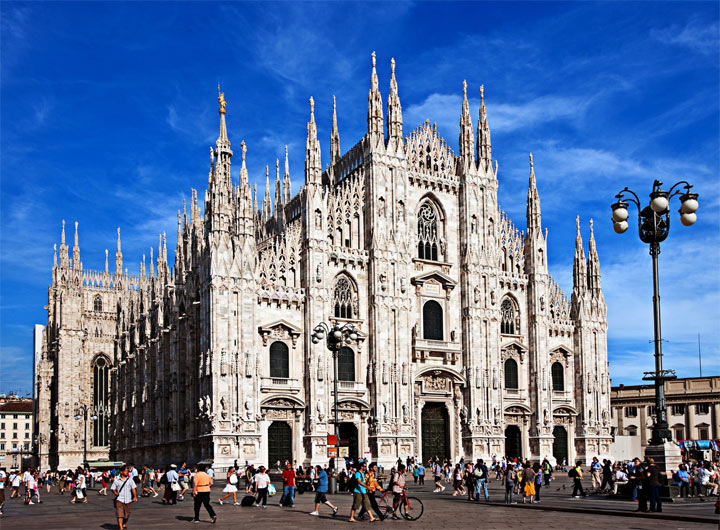 Original in its architecture, Milan Cathedral is a true creation of craftsmen. The appearance of one of the most beautiful temples in Italy resembles a whole forest of spires, complete with marble towers, columns and pillars. Such a grandiose structure is striking in its luxurious exterior and no less stunning interior. One of the important features of the cathedral is a sundial ‘Meridian’ depicting the signs of the Zodiac. You can also see an ancient Egyptian bath which serves as a baptismal font and many other historical elements. Visitors to the cathedral will be pleasantly surprised by its splendid decorations and interesting surroundings.