St. Stefan – an elite resort, the rest on which is expensive. However, tourists can take a guided tour of the local buildings and the panorama. Vacationers appreciate the surrounding beauty. The island has the clearest coastline with turquoise water. The lodges on St. Stephen have been restored so that visitors can stay here for recreation. 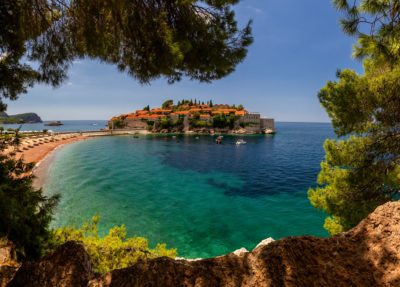 St. Stephen has a beautiful and long history. It has not always been a resort – once it was inhabited by people. The appearance of the first buildings on the island is associated with the Pashtroviches – a local tribe, which consisted of Serbs and other Slavic nationalities. The Pashtroviches made Saint Stefan a fortification against the Turks, building 12 houses on its territory in the 15th century. The 12 houses symbolized that there were 12 small tribes or clans in the brotherhood. This marked the beginning of the history of St. Stephen.

The houses that stand on the island today have nothing to do with those first fortifications – they were destroyed long ago by the Turks. After the destruction of the houses, it was decided to rebuild them. By the way, it is proved that the church appeared on the island before all the buildings – it was built around the XIV century. The local population has always been distinguished by religiosity.

It was around the church and formed a settlement. For a long time there was a simple fishing village. On the territory of the island lived about 400 people. Everything changed in the XX century, when the island gained fame. 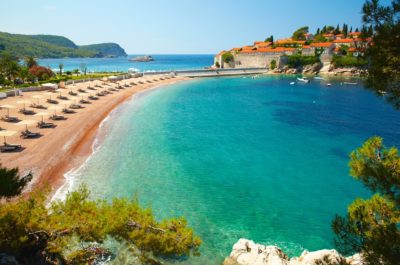 Many Montenegrins were scattered around the world by war. It was partly they who helped attract tourists to these places. One day politician Edward Cardel had the idea to turn the beautiful and unusual island into a kind of Saint-Tropez. His idea came to fruition – St. Stephen was soon a haven for international stars, politicians, monarchs and other celebrities.

First it was necessary to somehow make room – people lived on the island. They built them houses on the shore, and the old houses were taken away and converted into a hotel complex. There was a renovation, a redesign, and then the new hotel opened its doors to the elite. This happened in the summer of 1960. Staying here allowed celebrities to feel chosen, unique – they got access to a place where not every mortal could get.

READ
The 10 most beautiful bridges of Venice, Italy 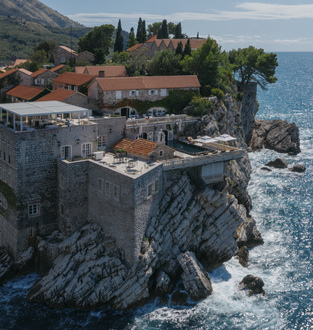 A variety of celebrities visited the island:

Also on the island to rest (and continue to spend time) millionaires and billionaires, tycoons. It is known that representatives of the Rockefeller and McNamara families have been here. 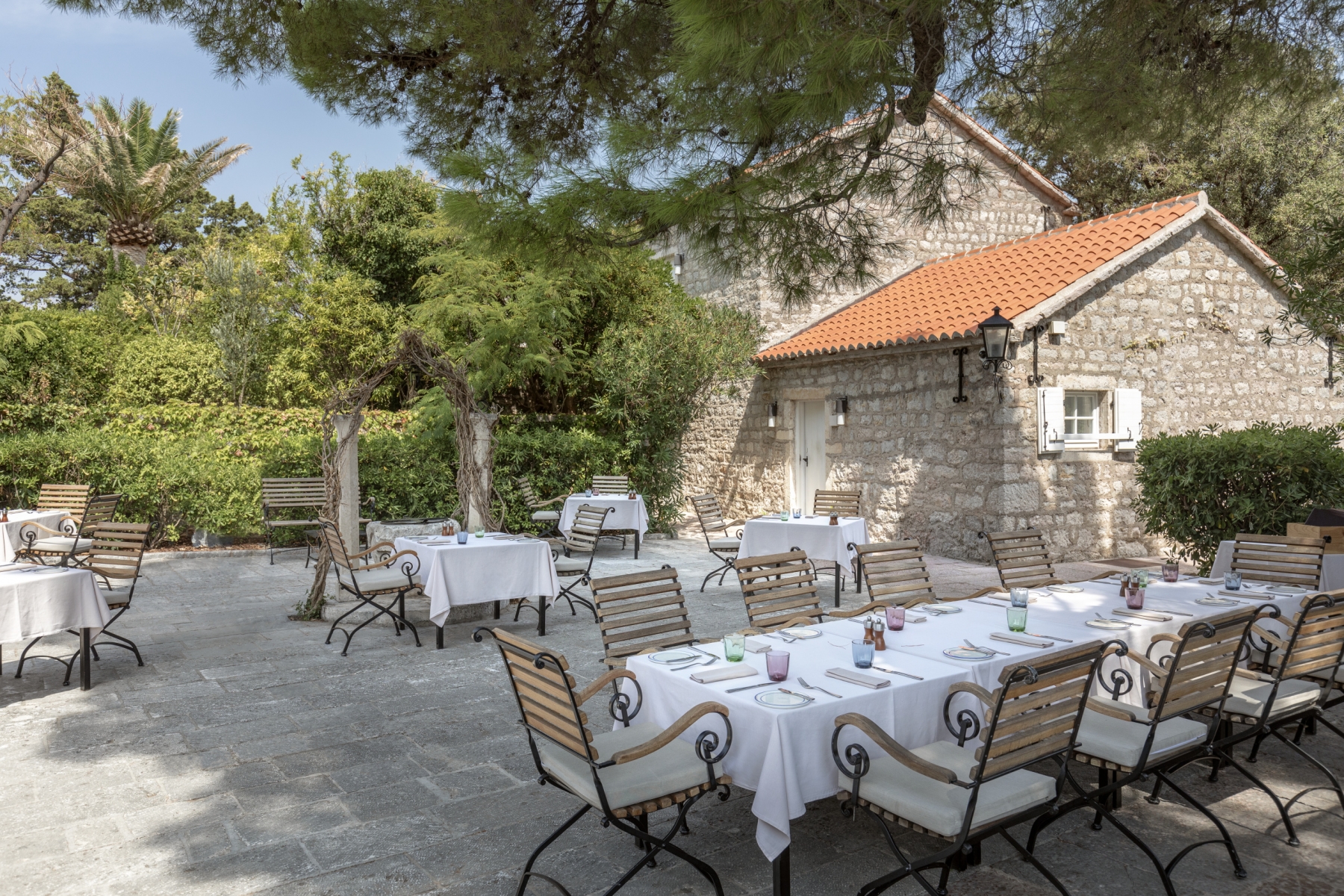 St. Stephen experienced fame, the decline of popularity in the 1990s, and a rebirth. There was even a war film, Sutjeska, about President Tito. The decline of popularity was due to the fact that Yugoslavia fell apart and wars broke out in neighboring states. Later, when the conflicts died down, the island began to attract stars again.

Today there are fewer rooms – some rooms were combined to make the guests feel more spacious. In 2007, the hotel was completely renovated, an investor was found. And again celebrities began to flock to the island. 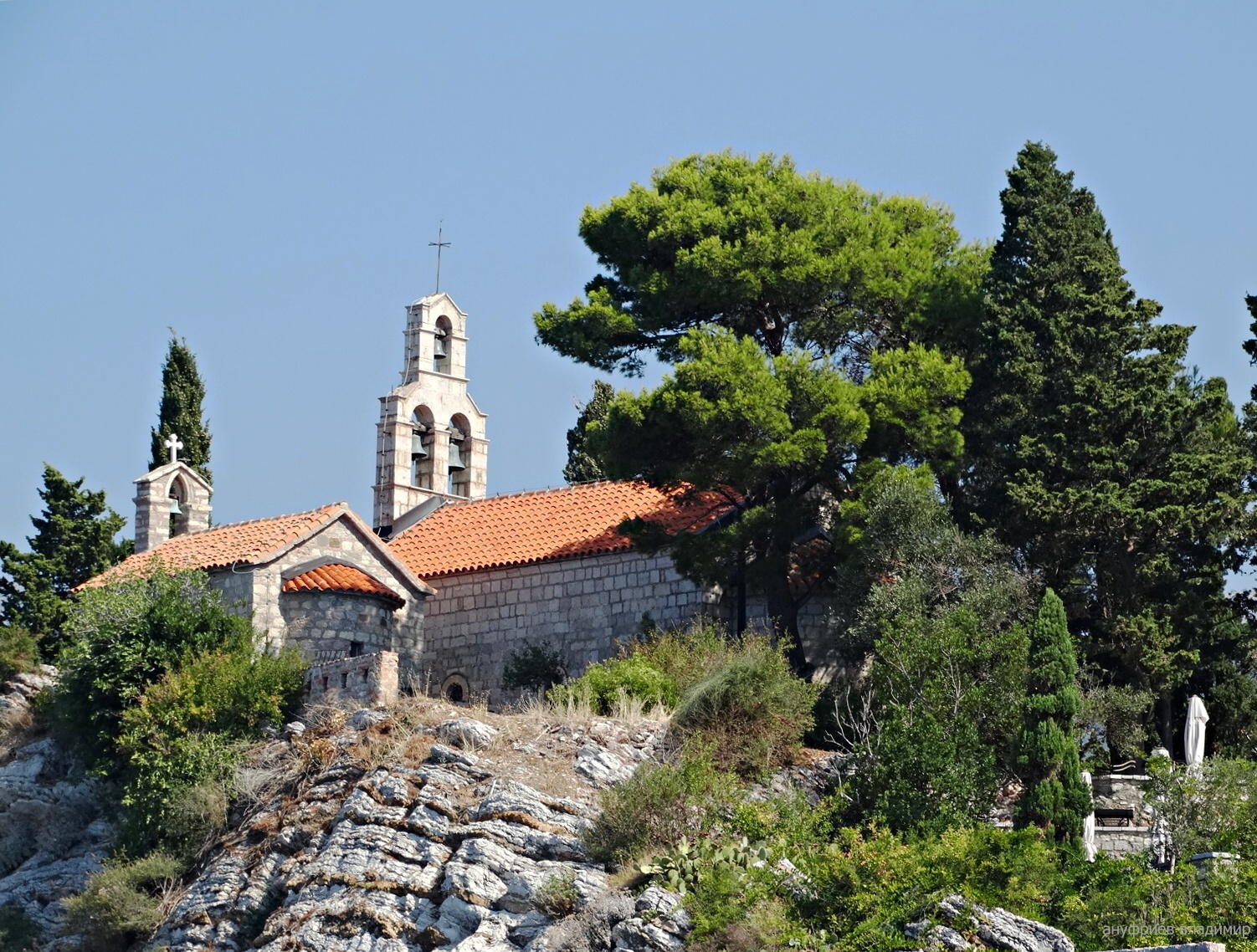 St. Stefan itself is considered a landmark – it is a unique place, which is connected to the coastline of the spit of natural origin. The island offers a beautiful panorama. However, the territory of the luxury resort has its own pearls, for which the island is famous: 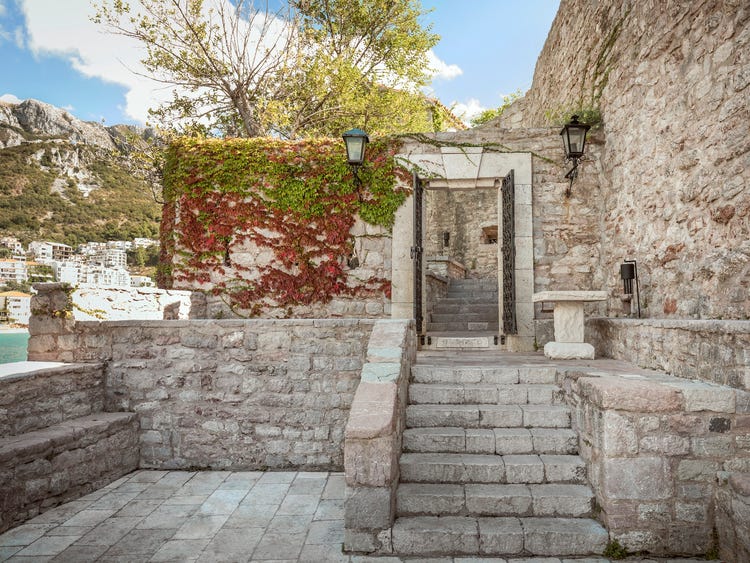 How to get on the island? 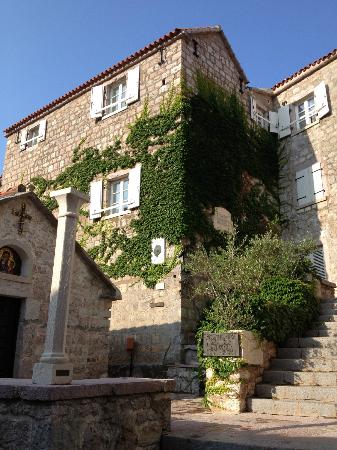 Anyone can walk along the spit, which connects the island-hotel with the shore. But not everyone can spend time on the territory of the luxury resort. There are several ways to legally enter St. Stephen’s:

There are not many options to spend time on St. Stephen, the best option is to sign up for a tour. During a tour of the island you can see in detail all the local attractions. 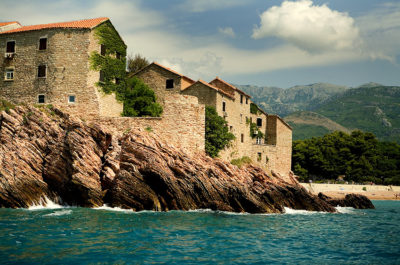 Today the resort is called Aman Sveti Stefan (Aman is the name of the hotel chain). Most tours involve a view of the panorama of the island – from afar, tourists can get an even more picturesque picture. Up close the sights do not look like in the advertising catalogs, and it is difficult to be photographed against them, but the view from a distance gives the desired effect.

If you really want to go on a tour of St. Stephen’s Island, you can discuss this with the guide. Open Balkans guides can arrange a walk around the luxury resort.

St. Stephen’s is of interest to tourists for many different reasons. For many, it is simply a natural desire to enter an area that is off-limits to outsiders. But once on the island, tourists find that there really is something to see. In the narrow streets between the medieval houses there is a special atmosphere of peace and quiet. One wants to stay here forever. Maybe that’s why celebrities book here six months in advance for the next season. 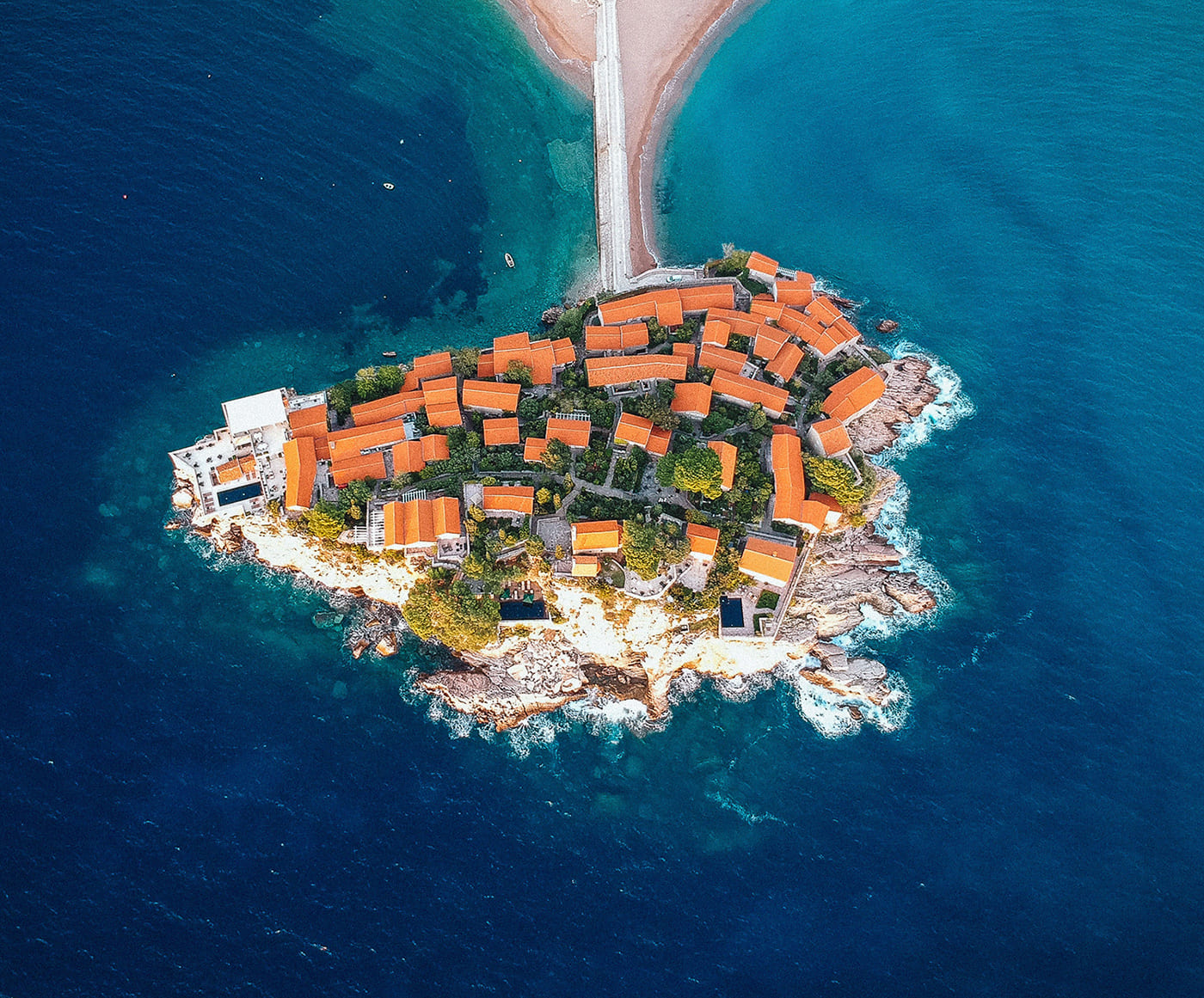 Sveti Stefan is a colorful landmark and the most expensive resort in Montenegro. Is it possible to get to Sveti Stefan for free? How to get to the miracle island from Budva and Tivat? We tell you about the beaches and hotel prices.

The unique island-hotel Sveti Stefan is connected to the mainland by a small isthmus. The first inhabitants appeared here in the 15th century. They built the temple of St. Stefan and fortifications, so they could defend the coast from Turkish incursions. In honor of the small church, the island got its name.

The Venetians turned Sveti Stefan into a real medieval town. In later times, on a small piece of land there was only a small fishing village.

In the 1950s, the Yugoslav leadership decided to preserve the old look of the houses and streets, but turn Sveti Stefan into a luxury resort. In 1970-1980s, royalty, the world political elite and show business stars loved to rest on the island.

The protracted war, which accompanied the process of Yugoslavia’s collapse, ruined the island resort. There was no money to restore Sveti Stefan, so in 2007 Montenegro leased the island for 30 years. Soon the hotel complex Aman Sveti Stefan opened here.

Today the island is still popular with wealthy clients. Guests are received on the luxury villas. They are equipped with all amenities, in the finishing rooms and halls used natural materials.

The island of Sveti Stefan is cozy and green. Neat houses are covered with ivy, and paved winding streets lead to picturesque courtyards. The island has all the necessary infrastructure – restaurants, cafes, pastry shop, hairdressers, shopping center, post office and bank. There are three preserved old churches – Transfiguration, St. Stephen and Alexander Nevsky. 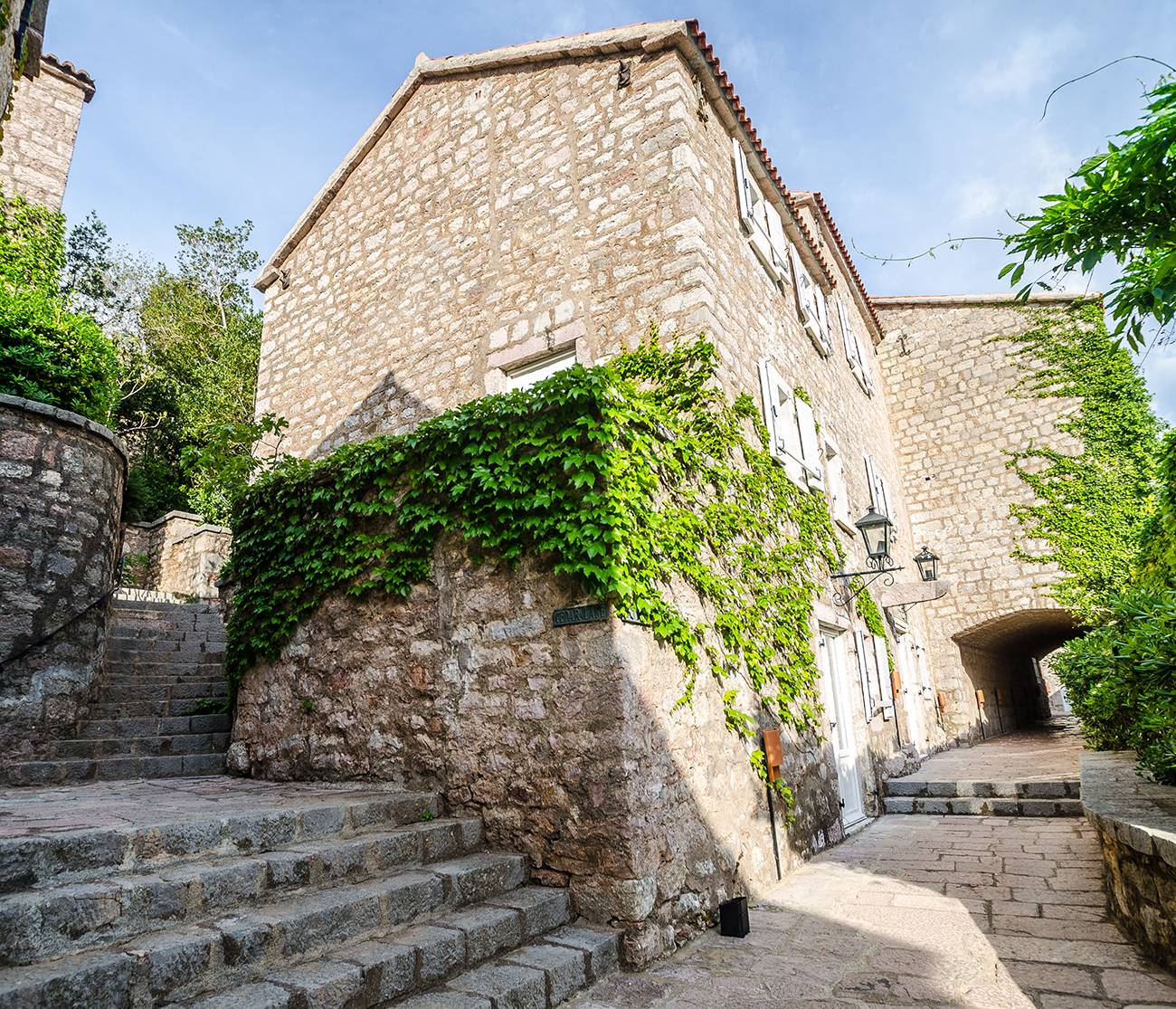 St. Stephen’s Island is the best of conditions, a secluded vacation with all the comforts of the seaside. The island is located 58 luxury apartments. In a single hotel complex Aman Sveti Stefan includes villa Miloćer, which is located in the park in front of the island. In high season, the night for two people costs from 890 euros.

Look for cheaper accommodation in the village of Sveti Stefan, on the beach. A double room in the Vukšić Apartment 4* costs 63 euros per night, in the Sana Apartment 4* – 83 euros, and in the More Apartment 4* – 43 euros. 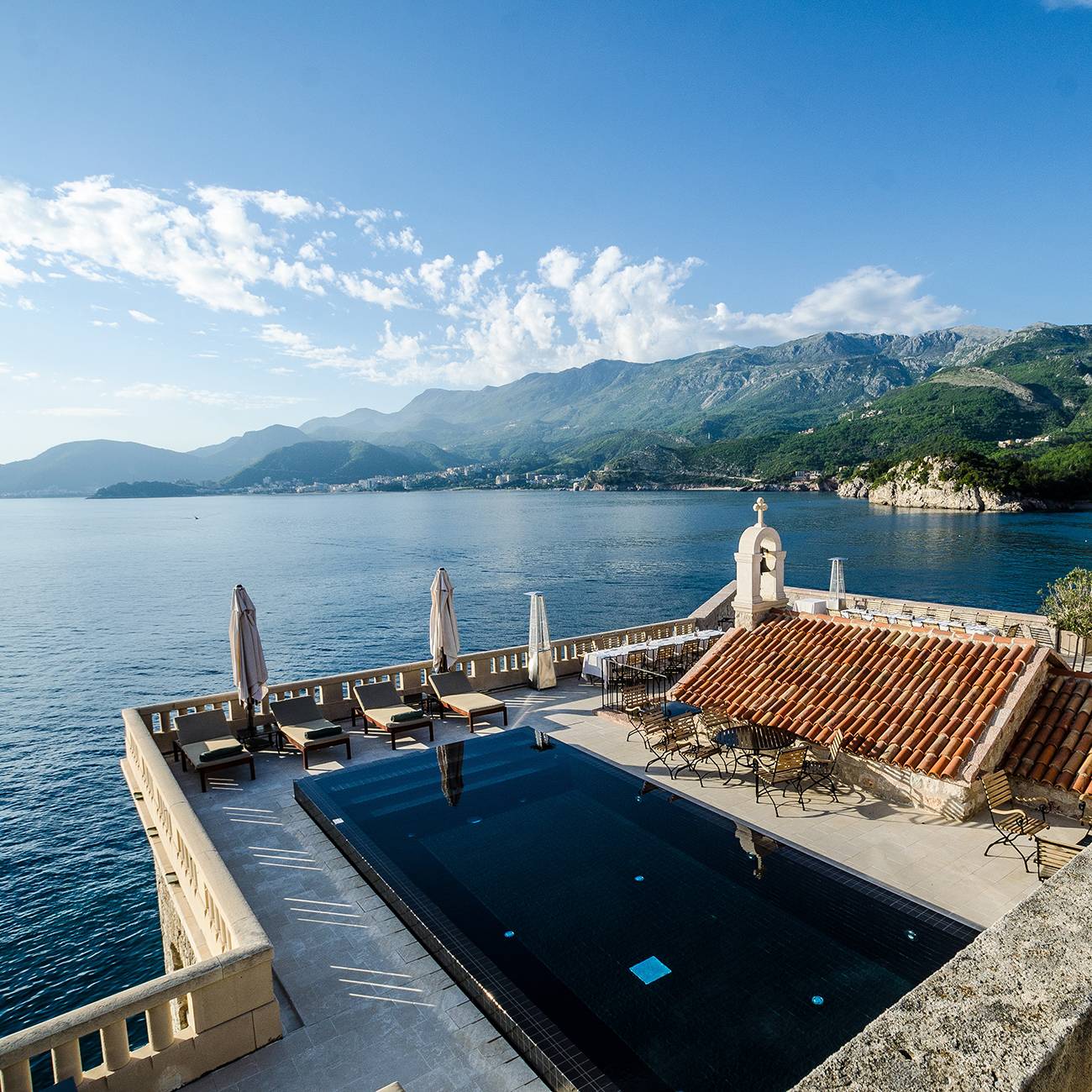 To the right of the isthmus that leads to Sveti Stefan island is the hotel’s private beach. It is covered with reddish sand. It costs 100 euros to rent a pair of sun loungers for outsiders. On the left is exactly the same quality public beach, which is available to all.

There are two excellent sandy beaches on the mainland. “Kralichina plaza” stretches for 120 m, and Milocer beach – for 300 m. It is surrounded by rare trees and shrubs of a wonderful botanical park. Recreation is truly royal – renting two sun loungers costs 120 euros.

Free beach on the left side of the island (Photo: wikimedia.ru / anjči)

How to get to Sveti Stefan

The island of Sveti Stefan in Montenegro is a closed territory. Outsiders are forbidden to enter! If you are determined to see this landmark of the Budvan Riviera, here is how to get to the island.

The first way is to book accommodation in Sveti Stefan. Be ready to pay a tidy sum!

The second way is to book a table in any of the restaurants on the island. You can do this by phone, on the website or at the reception, which is located near the isthmus. Prices in institutions are high: appetizers – from 15 euros, main courses – 30-50 euros, and desserts – 15-30 euros.

The third option – come to the island with a tour. There are sightseeing tours every day. You will be guided through the streets of Sveti Stefan, told about its history and treated to a drink in one of the restaurants. Look for interesting author tours on Tripster.

A fourth option is to attend a free service at Sveti Stefan’s churches. Festive services are held several times a year: on the second day of Christmas, the second day of Easter, July 12, 2, 9 and August 28. On these days, residents of the surrounding villages and tourists are allowed on the island freely. You will not be able to walk around, as there are guards everywhere, but you can see something on the way to the temples. 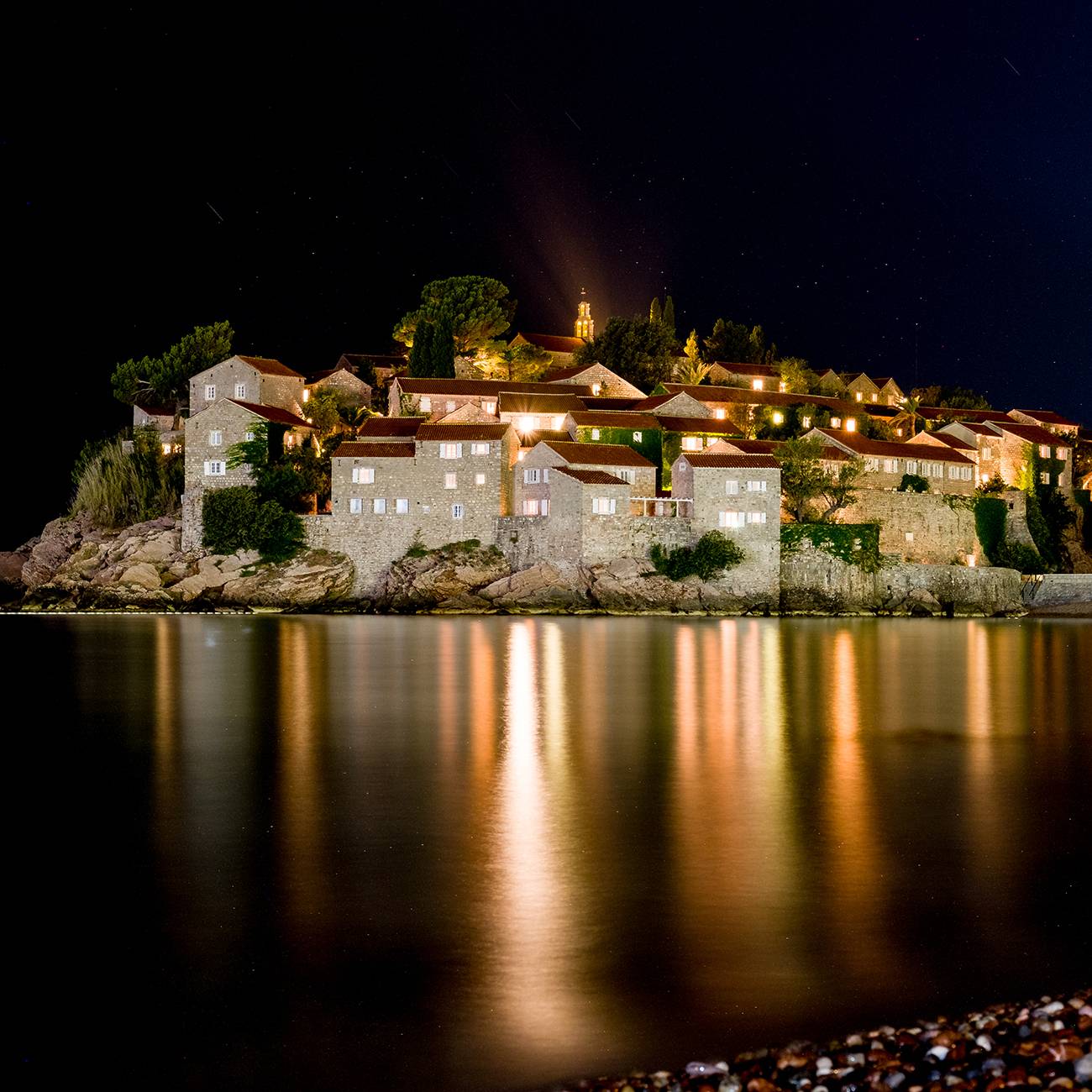 How to get to Sveti Stefan from Budva and Tivat

From the airport in Tivat to the island of Sveti Stefan is 33.5 km. For 4 euros you can get by bus. Buses go from the bus station in Tivat, which is 1 km from the airport. Buses come rarely – once every few hours. It’s more convenient to take a cab for 37 euros or order an individual transfer.

The best views of the island

Great photos of Sveti Stefan are obtained from the promenade, which is located on the mainland. St. Stefan also looks great from the viewpoints behind the Milocer Park and near the Adrovic Hotel. 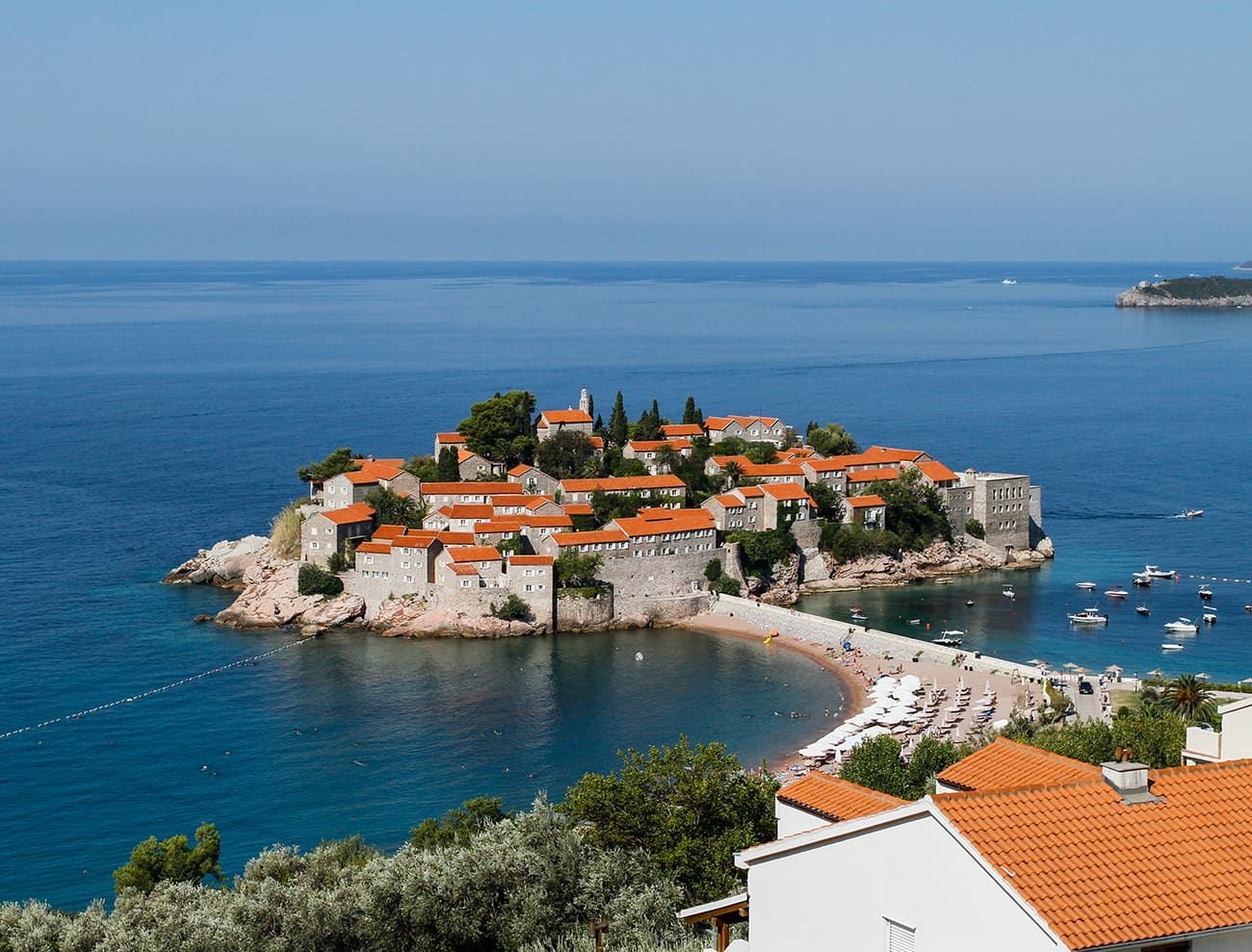 The island of Sveti Stefan and clean sandy beaches with pink sand are loved by tourists. The only disappointment is the exorbitant prices.

Tatiana: “I noted the beauty. I took a video. In those parts there are many equally beautiful places. But it’s nice for someone to be able to spend a lot of money”.

Irina: “Holidays with my son. Everything is just great! Everywhere is clean and tidy and washed. Cleaning even on weekends and holidays. Linen is clean and snow-white. The terrace is comfortable, there is a place to sit in the evening or relax in the heat. Very much we want to return here”.