Spain’s 10 Best City Parks. City parks in which you will feel the fresh breath of nature. Parks in Spain. 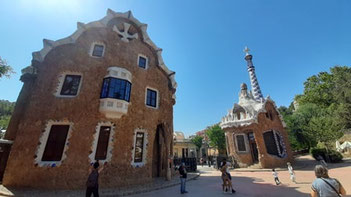 Antoni Gaudi’s work, Parc Guell, is located at the top of Barcelona. The city park, which was conceived as a residential area for the city’s most affluent people, has now become a paid open-air museum. And if before we could walk around all the zones for free, now you can look at the park for free only from the outside. That’s because this year the pay zone has expanded to include the entire park. But this does not detract from the beauty of the park itself. So we recommend that you visit Park Guell on any of your tours of Barcelona. 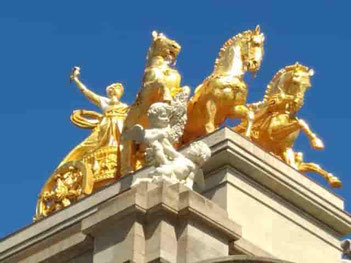 Again Barcelona. The Ciutadella Park is located almost right next to the coast. It has a zoo and the Parliament of Catalonia. In addition, the most beautiful and monumental fountain of the city with the golden quadriga can also be found here. By the way, on this fountain, too, Antoni Gaudi worked. True, in his younger years. 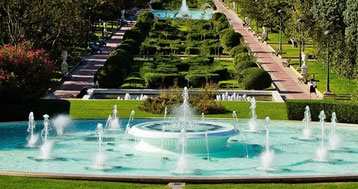 This is the most elaborate and extensive park in all of Zaragoza. It even has pine forests. Small gardens with seasonal flowers and the Winter Garden. The Avenida San Sebastian with its three cybernetic fountains is worth highlighting. And the trimmed hedges and rose bushes create a colorful visual spectacle. The park has great recreational areas such as cafes, terraces, playgrounds, kiosks, walking and pedestrian paths, a children’s visiting train, bicycle rentals, various plazas and monuments. 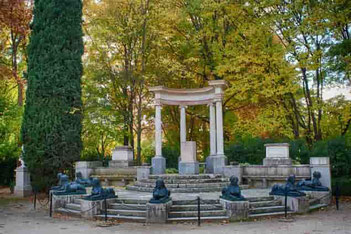 This is one of the green areas that make up the artistic and natural heritage of Madrid. It is located in Alameda de Osuna. Interestingly, few people have heard of it. Although, since the end of the 18th century, the most prestigious artists, gardeners and decorators have managed to work here. In 1985, the park was declared a site of cultural interest. The labyrinth, fountains, plazas and the dukes’ palace are not a complete list of the park’s treasures. If you look hard enough, you can even find the Florentine Porcellino boar here.

READ
Albufeira - the city of rising from the ashes 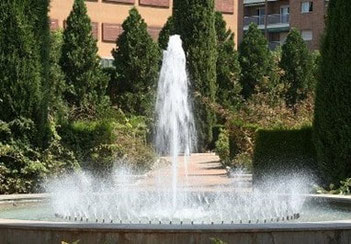 “He who has not seen Granada has seen nothing . So said Garcia Lorca, and the city laid out a park named after him. The park of Frederico García Lorca, the poet and friend of Salvador Dali. This park is considered one of the most beautiful in Granada. It is located in the modern area of the city Camino de Ronda. There are many magnificent plants, cozy alleys, rose gardens. The park is open every day from morning to evening. Entrance is free.

6. The Genoese park in Cadiz 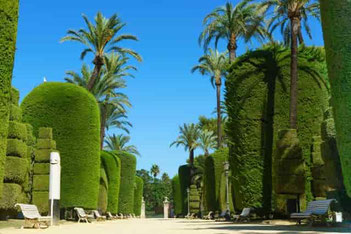 Fountains, waterfalls, benches, flowerbeds and paved paths are not abandoned to the mercy of fate, and at night all this variety is also illuminated. This is what the Genoese Park in Cadiz looks like. You can find it on the promenade of Cadiz in front of the San Sebastian castle.

This is the main city park of Seville. There are a huge number of rare trees and bizarre flowers that have been brought here from all over the world. The park was originally located at the Palace of San Telmo. An entire Moorish garden has been created in the center of Maria Luisa Park. You will find here beautiful paths lined with tiles. On one edge of the park are several museums, and on the other is the Plaza de España. Orange trees blossom here in the spring. And the fleur d’orange fills the gardens with a sweet smell. 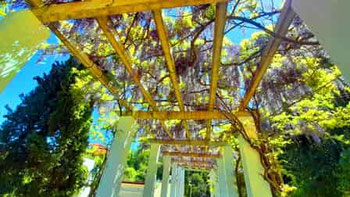 Since the middle of the 17th century, Retiro Park has been continuously improved. And this work was done not by just anyone, but by the gardeners of the kings. Because each subsequent king wanted to take a hand in improving the park. There were new buildings, new pavilions, trees and flower beds. The luxurious palace in Retiro Park is long gone. But two structures remain. It is the Ballroom. It now houses the Prado Museum. And in the Ceremonial Hall is the Spanish Army Museum. 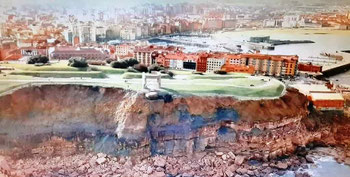 El Rinconin is a park overlooking the sea and the entire coast of the city. From here you can see San Lorenzo beach, Lloca del Rinconin and Santa Catalina hill with Elogio del Horizonte. It is a large and accessible park. It is especially pleasant to walk here in the morning and in the evening. It is located on the outskirts of the Asturian city of Gijon. 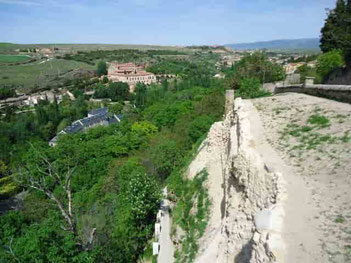 The route through the Eresma Valley can start in Pradera de la Fuensisla, where the Clamores Valley ends. But you can start in Segovia, in the area of San Lorenzo . Either of these two points will lead you to one of the most beautiful areas of Segovia’s green belt, the Alameda del Parral, which runs along the Eresma River and takes you to beautiful places like the convent of Santa Mu del Parral and La Real Mint .