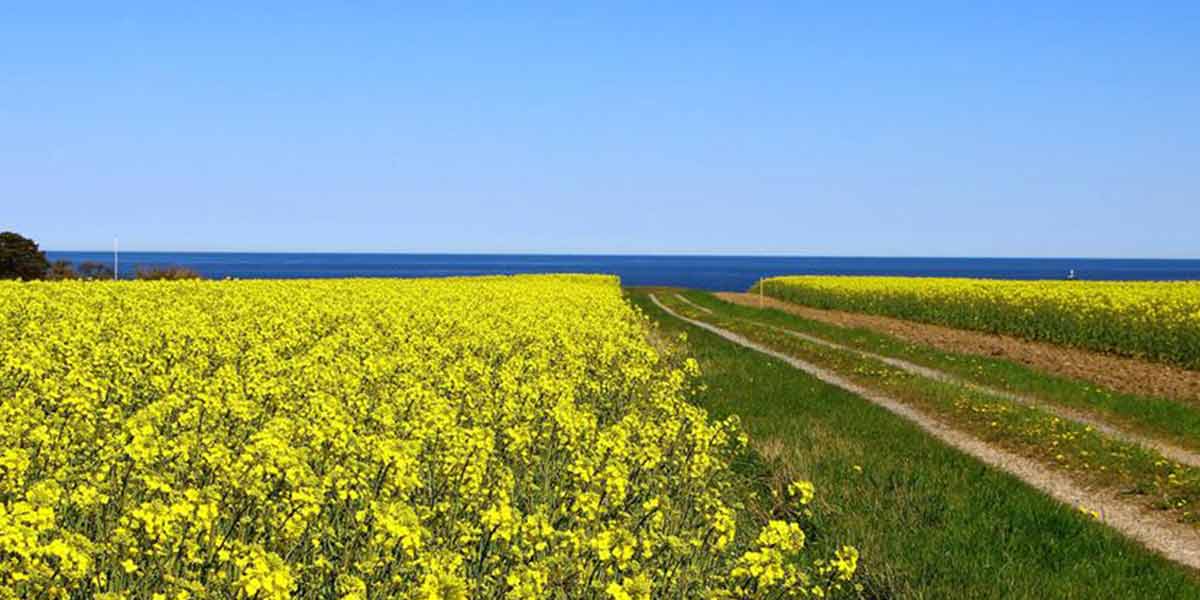 If you love stunning open views, dense pristine forests, coastal trails and that feeling of having nature at your disposal, then you should definitely visit southern Sweden. Southern Sweden is the provinces of Skåne, Småland, Blekinge and Åland, each of which has a pleasant surprise in store for you. We have prepared some tips on how to spend an unforgettable time in each region of southern Sweden to inspire you to plan a new adventure! 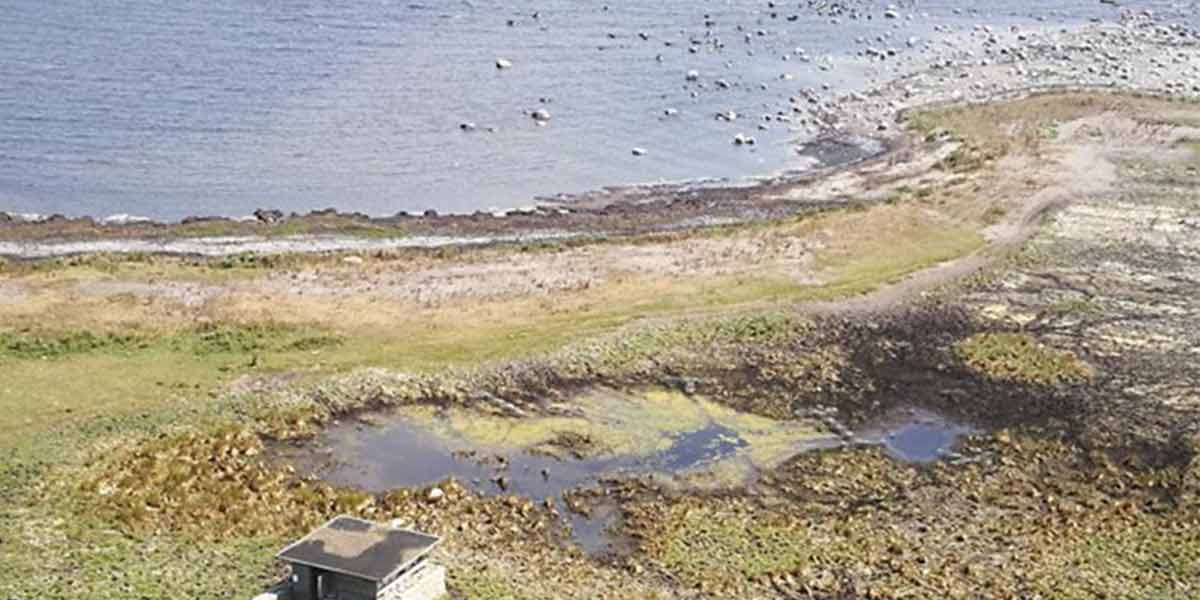 Blekinge: take a trip back in time

The Karlskrona Archipelago provides a sense of freedom and is probably one of the most beautiful places in southern Sweden thanks to its 1,650 islands, small islets and rocks! There are islands with populations ranging from one to 1,500, and some of the islands are not connected to the mainland. Find your favorite hiding place among the many islands and enjoy it! Take a trip to the islands of Senoren, Sturke and Thurke. Travel from the Viking village of Valshall on Senoren Island through the inspiring medieval garden of Bredaviks Örtagård on Sturke to the stonework on Türke. As you move around the bridge-connected islands, you can also sample locally produced foods. This is a great route to travel by car. 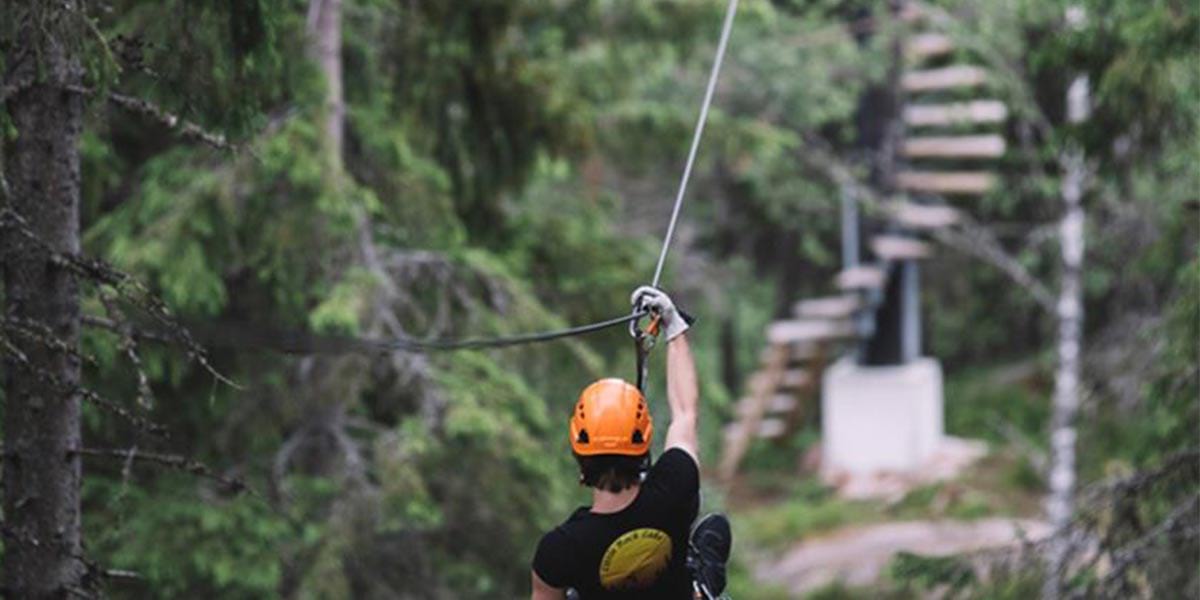 The town where Astrid Lindgren grew up is a popular destination for families with children, not only because of attractions like Astrid Lindgren’s World, where you can check out Villa Villekulla, where Pippi Longstocking lived, and meet the people of Lenneberga, but also because of Virum älgpark and Nils Holgersson’s World. After your journey into a world of childhood, fantasy and adventure, you can take a break and swim in the nearby lake before heading to the popular Næs Farm, where the childhood home of writer Astrid Lindgren is located along with a museum dedicated to her life and work. 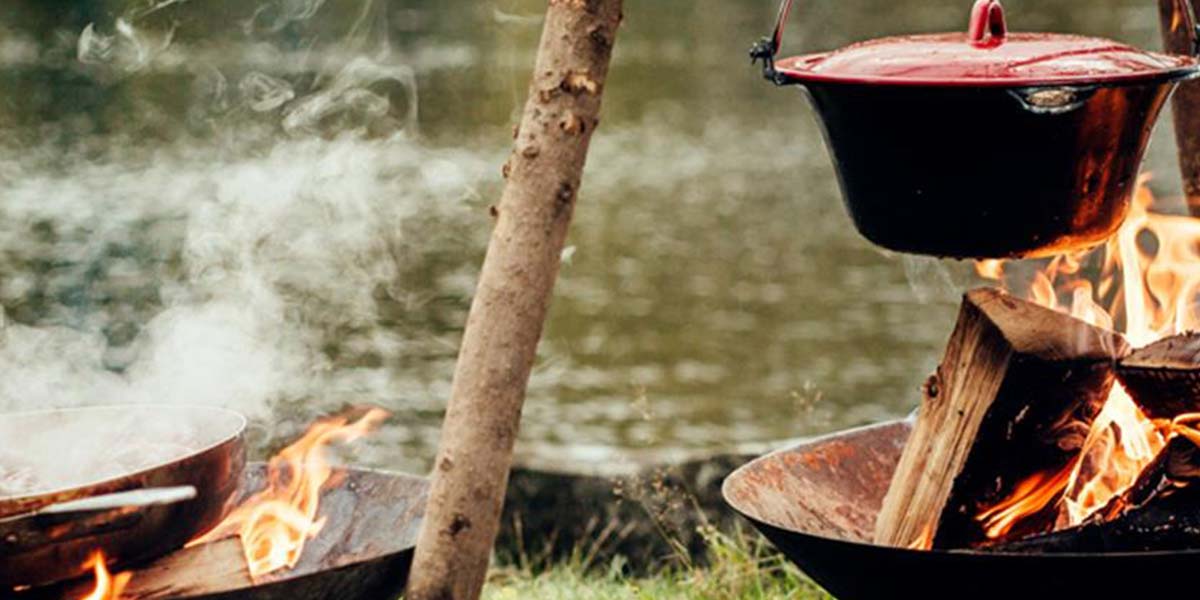 Climb the hill above the picturesque fishing village of Koseberg in southeastern Skåne to the megalithic Ales Stenar monument. The mystery of this construction of 59 large boulders, built in the shape of a ship, people have been puzzling over for ages. What does it all mean? Who erected this structure and for what purpose? Some scholars believe that it is a tomb, while others suggest that it may be a medieval astrological clock, because all the stones are strategically placed relative to the Sun. What we do know for sure is that the boulders were placed here about 1,400 years ago and that they make a spectacular sight along with the spectacular landscape in the background. 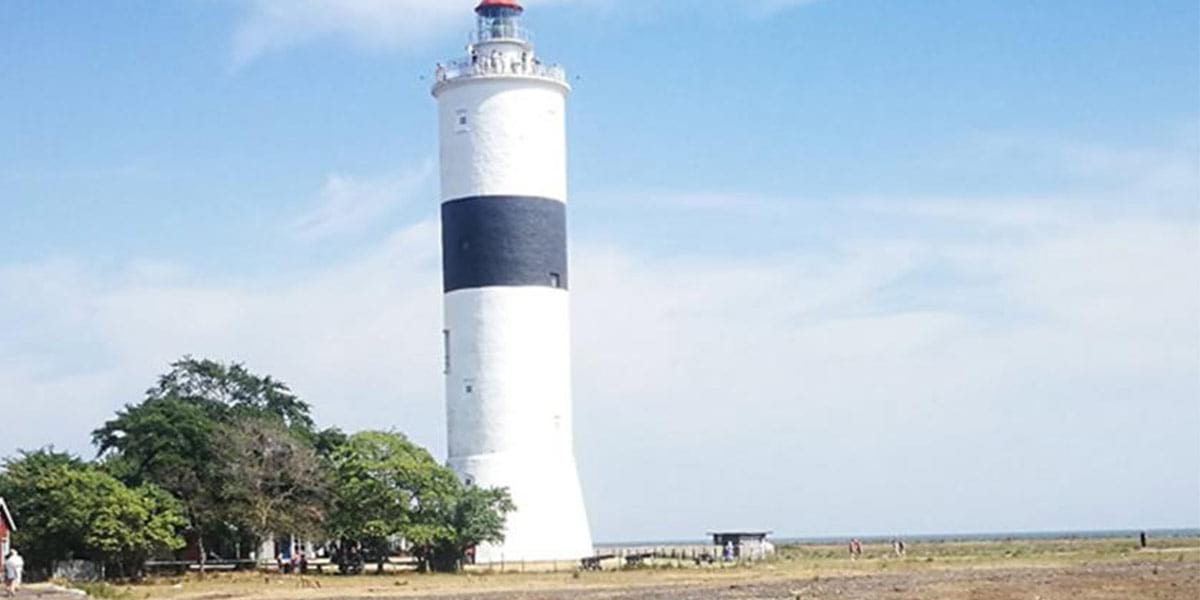 Åland: take a walk through the ruins of Borgholm Castle

Borgholm Castle, known as the most beautiful ruins in the Scandinavian region, is a structure that will leave no visitor indifferent. The castle is astonishing in its scale and the surrounding nature is mesmerizing. Take a walk through the castle’s chambers and feel the echoes of history. Climb up one floor and enjoy a fantastic view of the castle’s exposed limestone soil and the Kalmar Strait. In June and August, Borgholm Castle offers many activities for children, including guided tours for children and families and creative workshops. 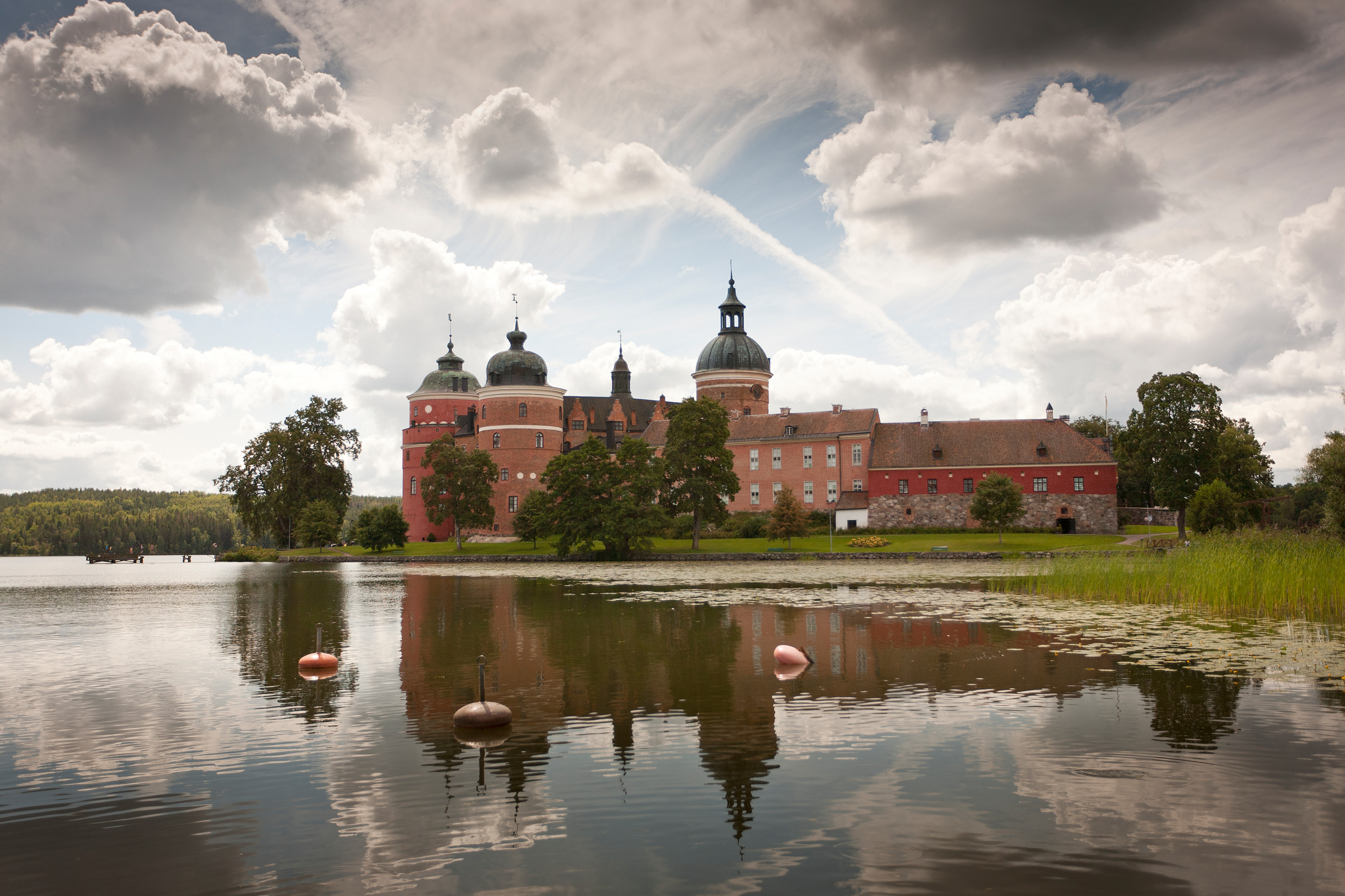 Gripsholm Castle was built by Gustav Vasa in the mid-16th century and was used as a royal residence. Now open to tourists, this museum belongs to the National Portrait Gallery, one of the oldest galleries in the world. 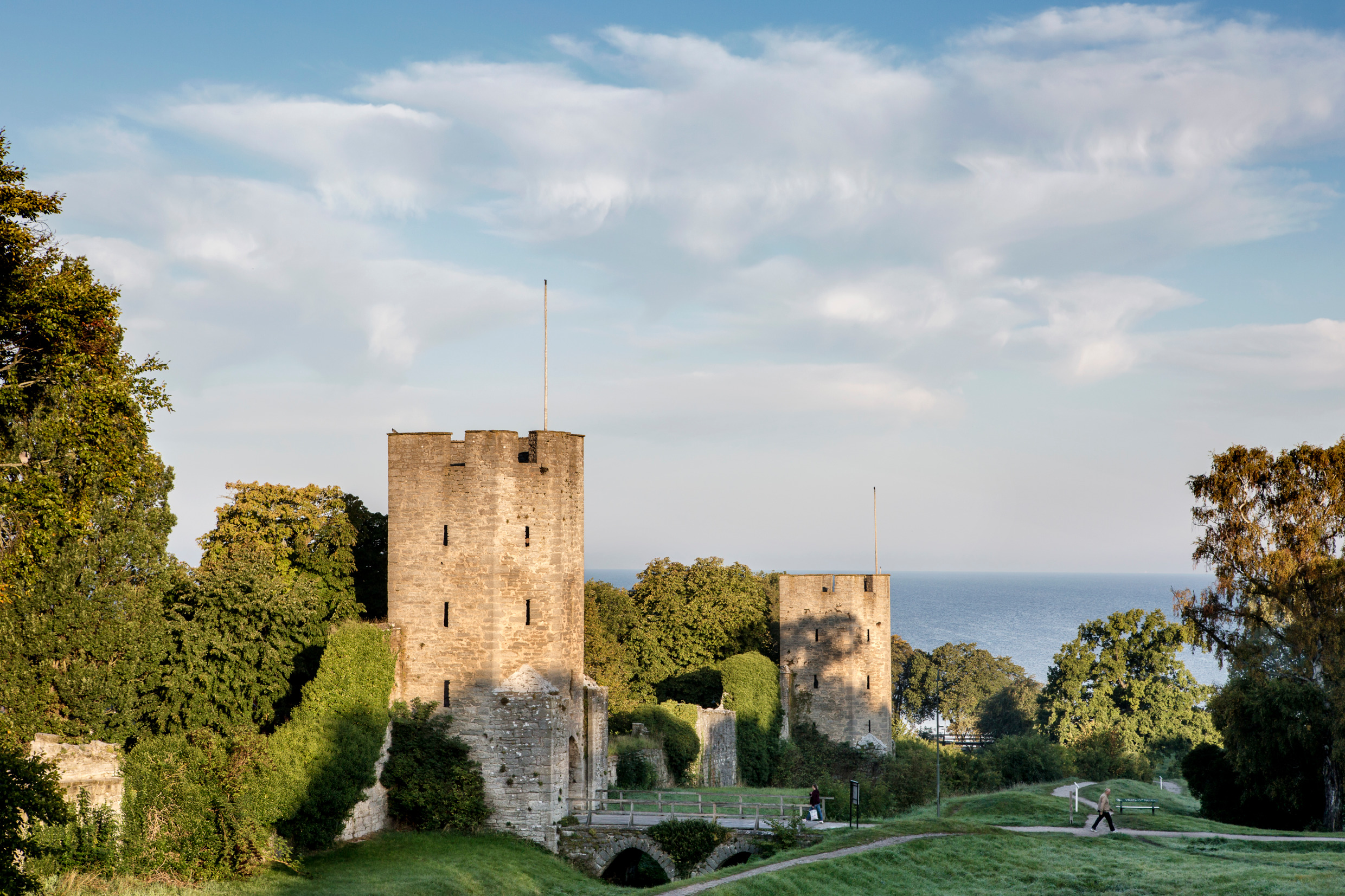 Construction of the city wall around the town of Visby, almost three and a half kilometers long, was finished in 1288. Today only 27 towers survived. The wall was rebuilt in the 19th century. Visby and the wall around this city is a UNESCO World Heritage Site. 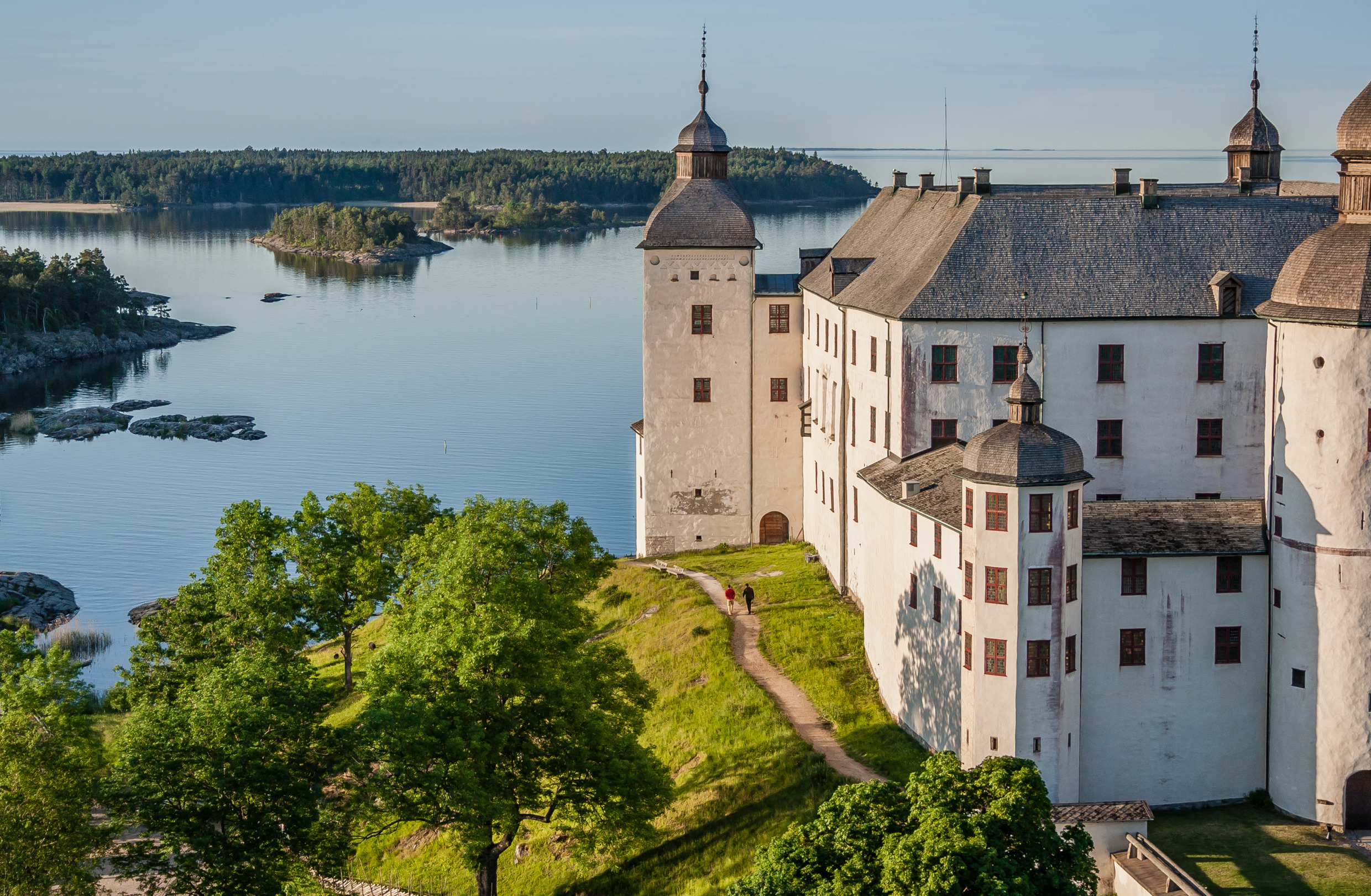 Lekö Castle is a medieval castle located on the shore of Lake Vårn, the largest lake in Sweden. 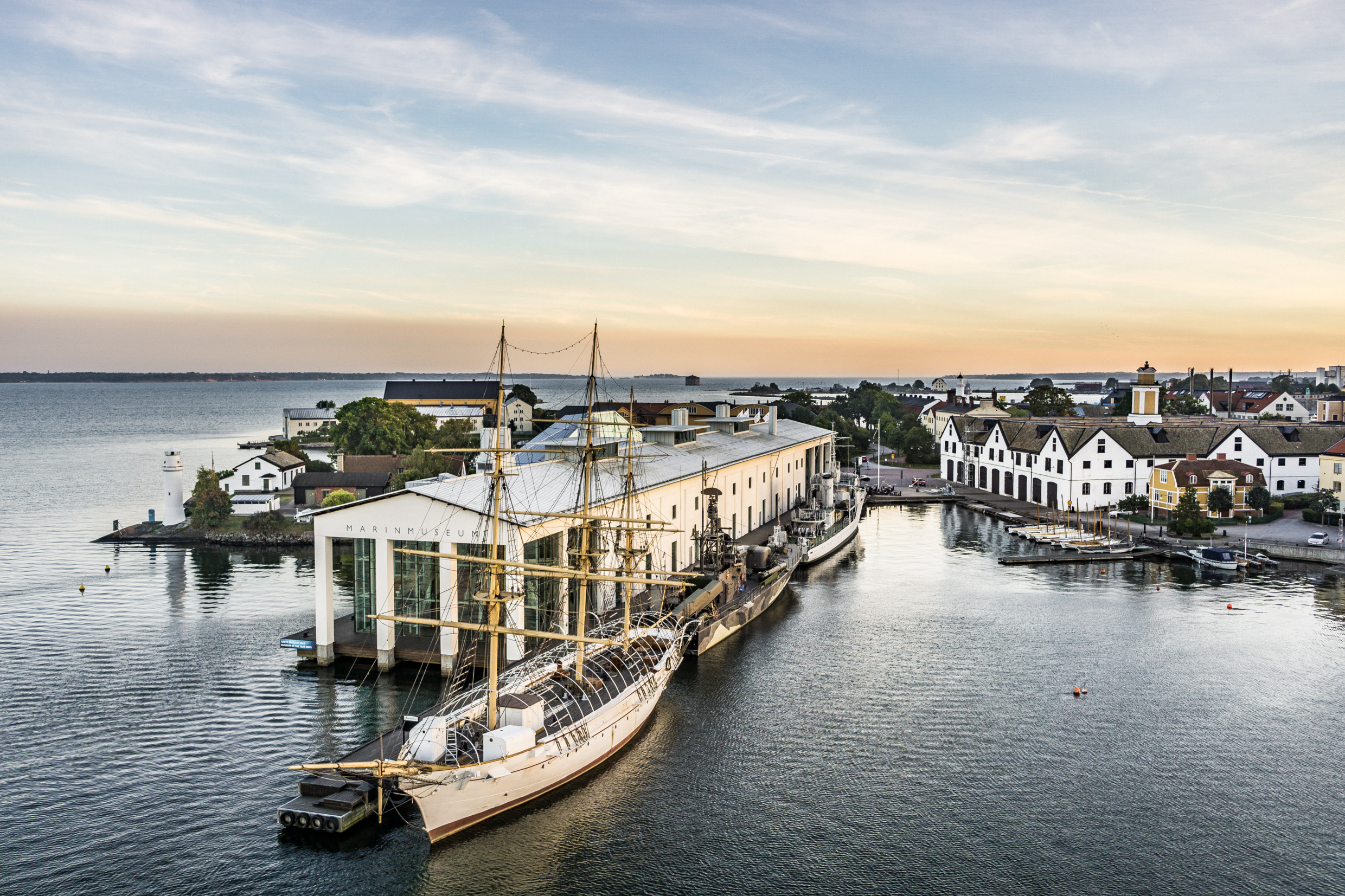 Sweden’s coastline is dotted with small and medium-sized towns with picturesque scenery and cultural attractions. Karlskrona is home to Sweden’s only naval base and the headquarters of the Swedish Coast Guard. The city is located in the province of Blekinge in southern Sweden. Karlskrona was founded in 1680 to serve the naval base in southern Sweden. Techniques of shipbuilding, urban planning, defensive structures and construction in Karlskrona were used by European countries in the 18th century. The Karlskrona Naval Port was inscribed on the World Heritage List in 1998. 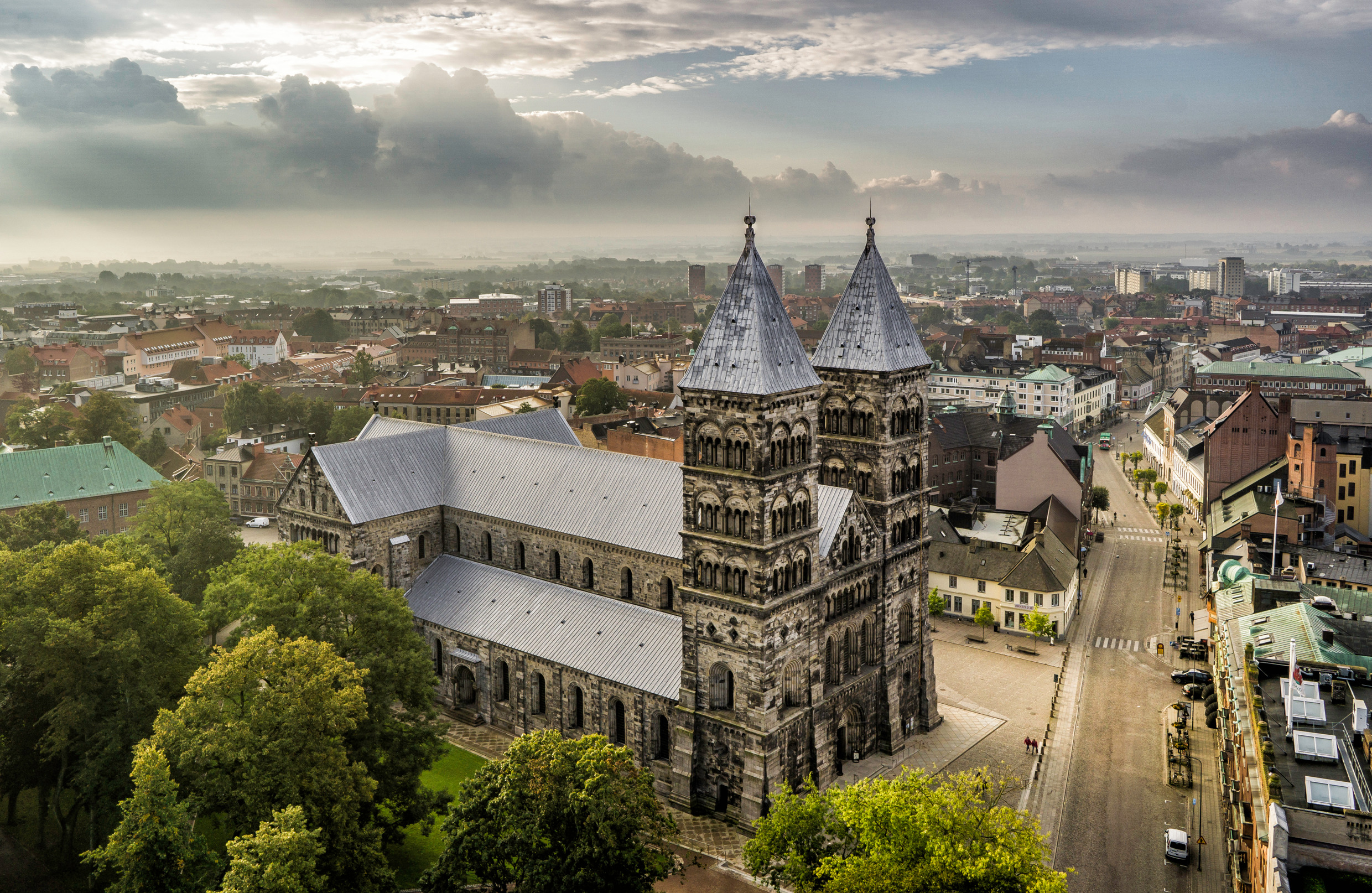 The Lund Cathedral in southern Sweden was consecrated in 1145 and contains many well-known artifacts and historical sites. 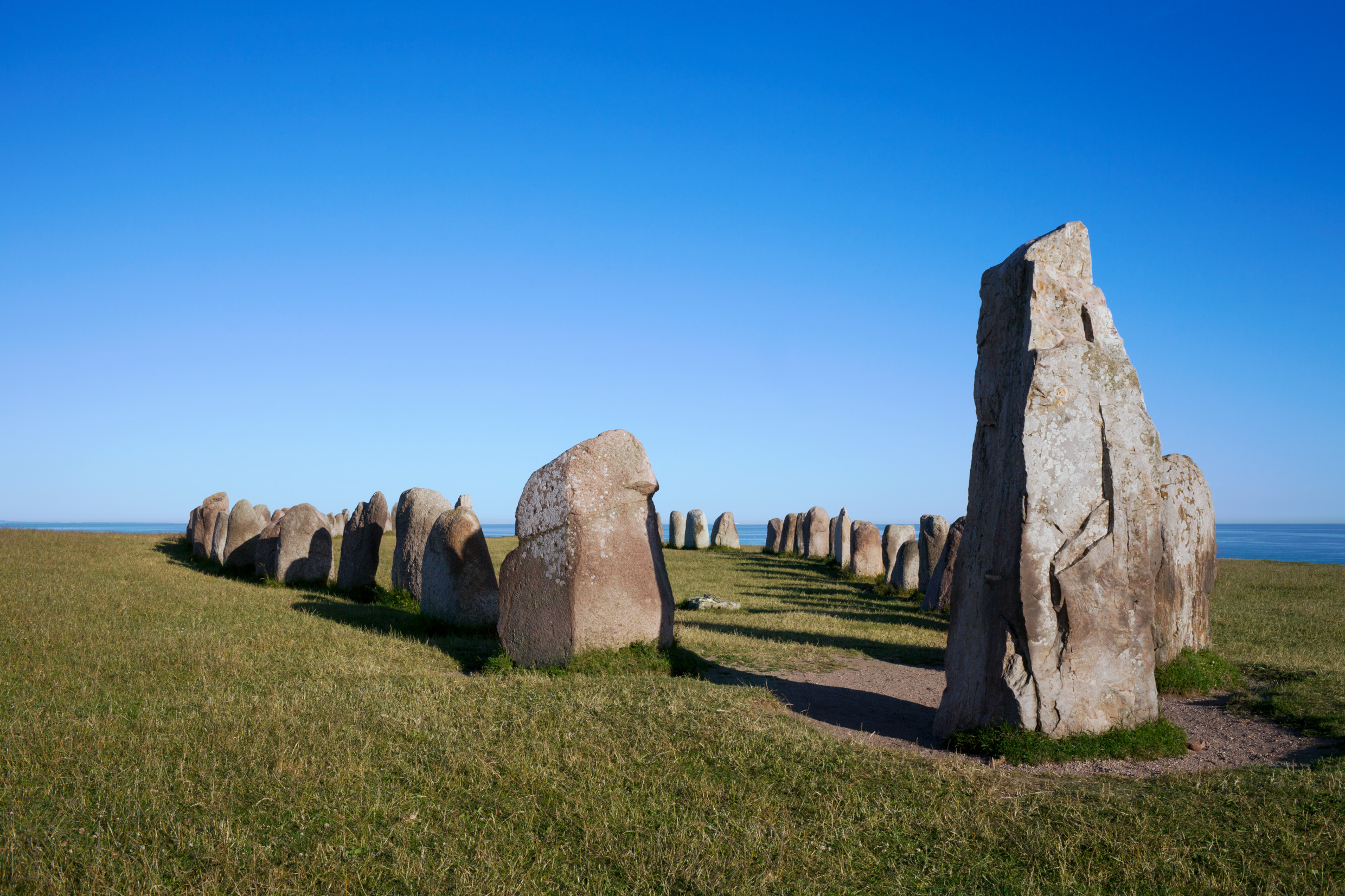 Ales Stenar (Stones of Ale) is an Iron Age burial ground in Sweden, located on the southern coast of Skåne. It is 67 meters long and consists of 59 large blocks of rock, each weighing about 5 tons.

The wooden Habo Church was built in Jönköping county in 1723. The church has a basilica design with a high nave and two aisles. 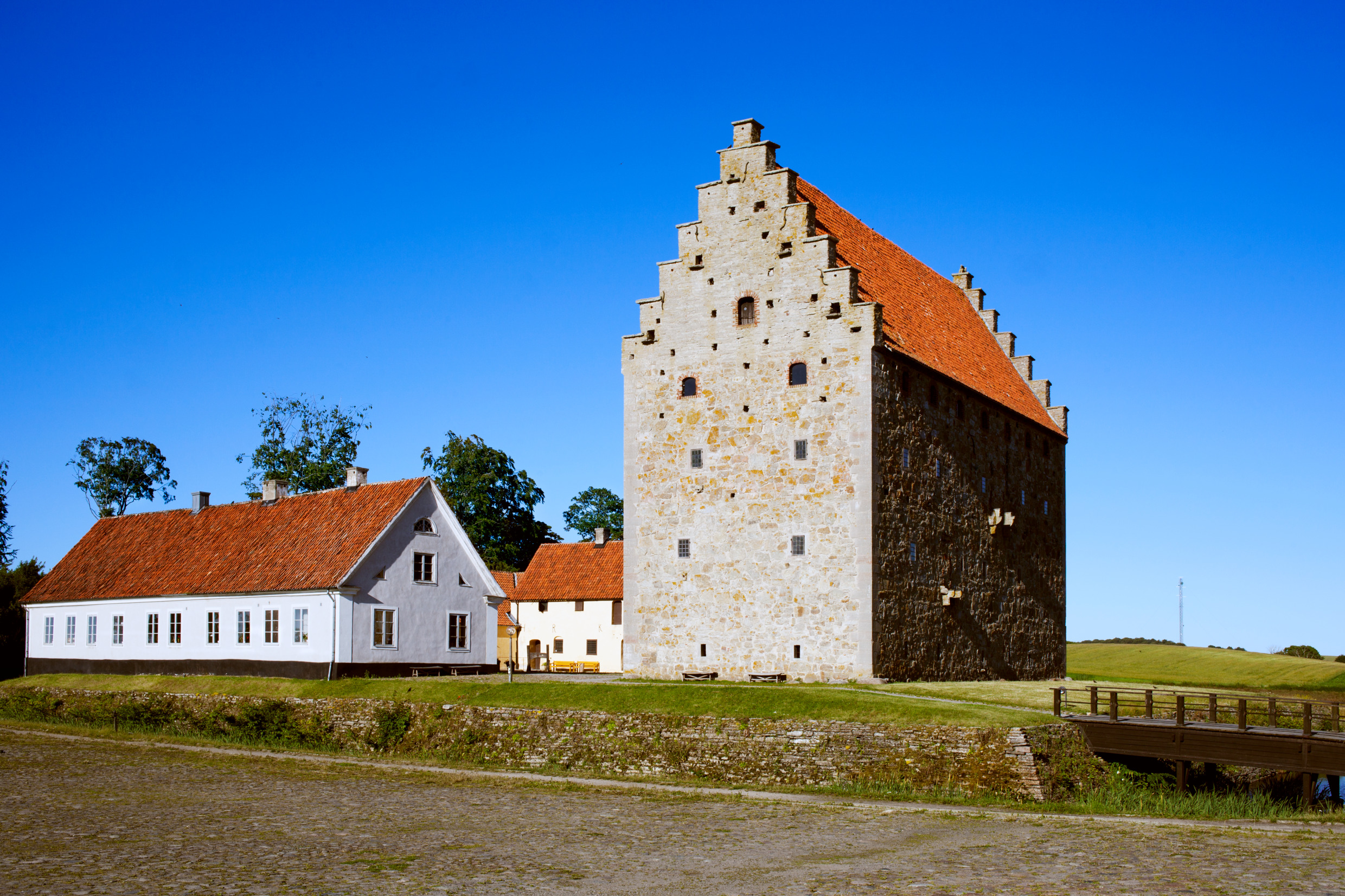 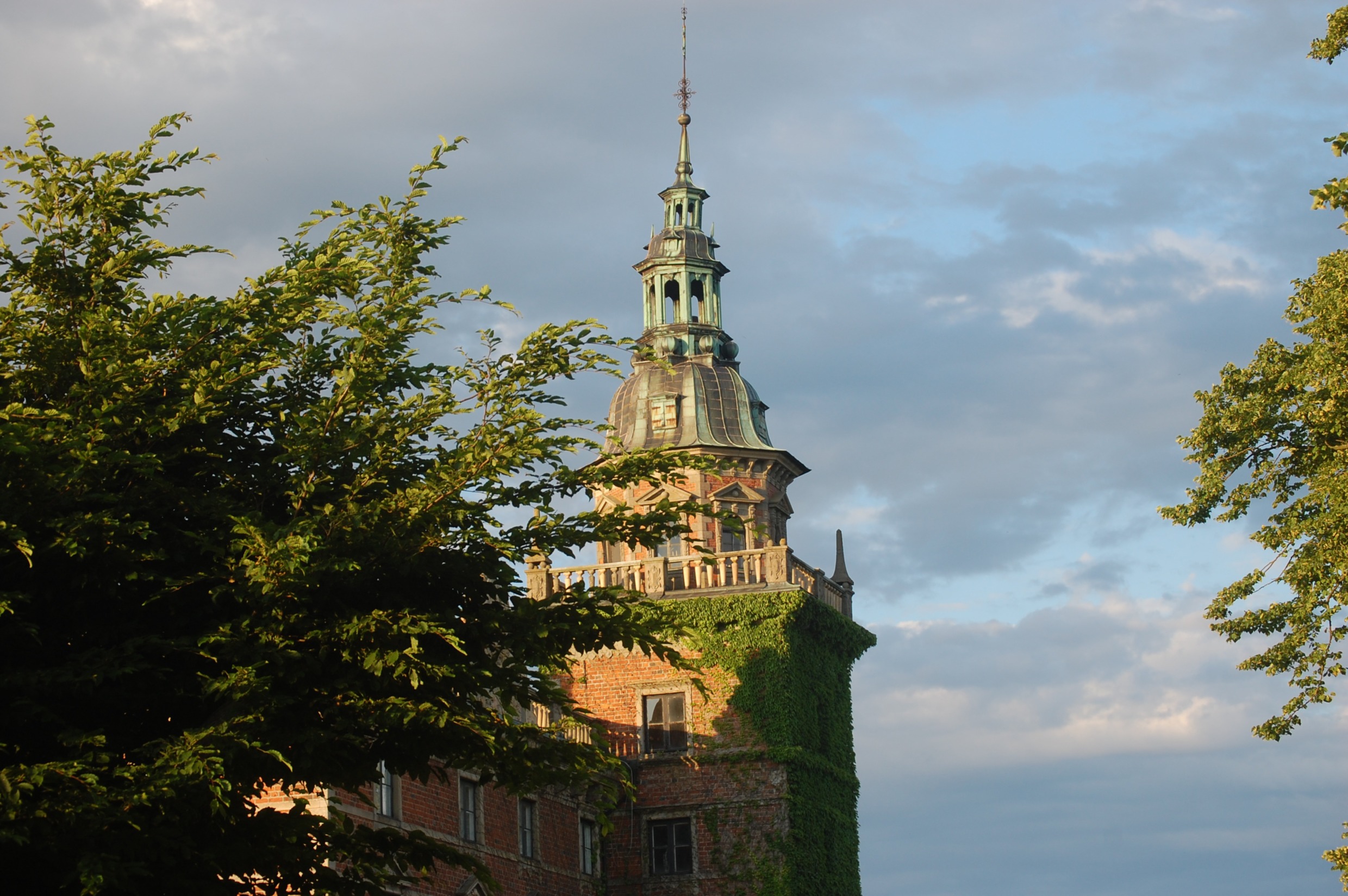 Marsvinholm Castle was built on stilts on a small lake by Otto Marsvin in the XVII century. Currently, the castle belongs to a private owner. 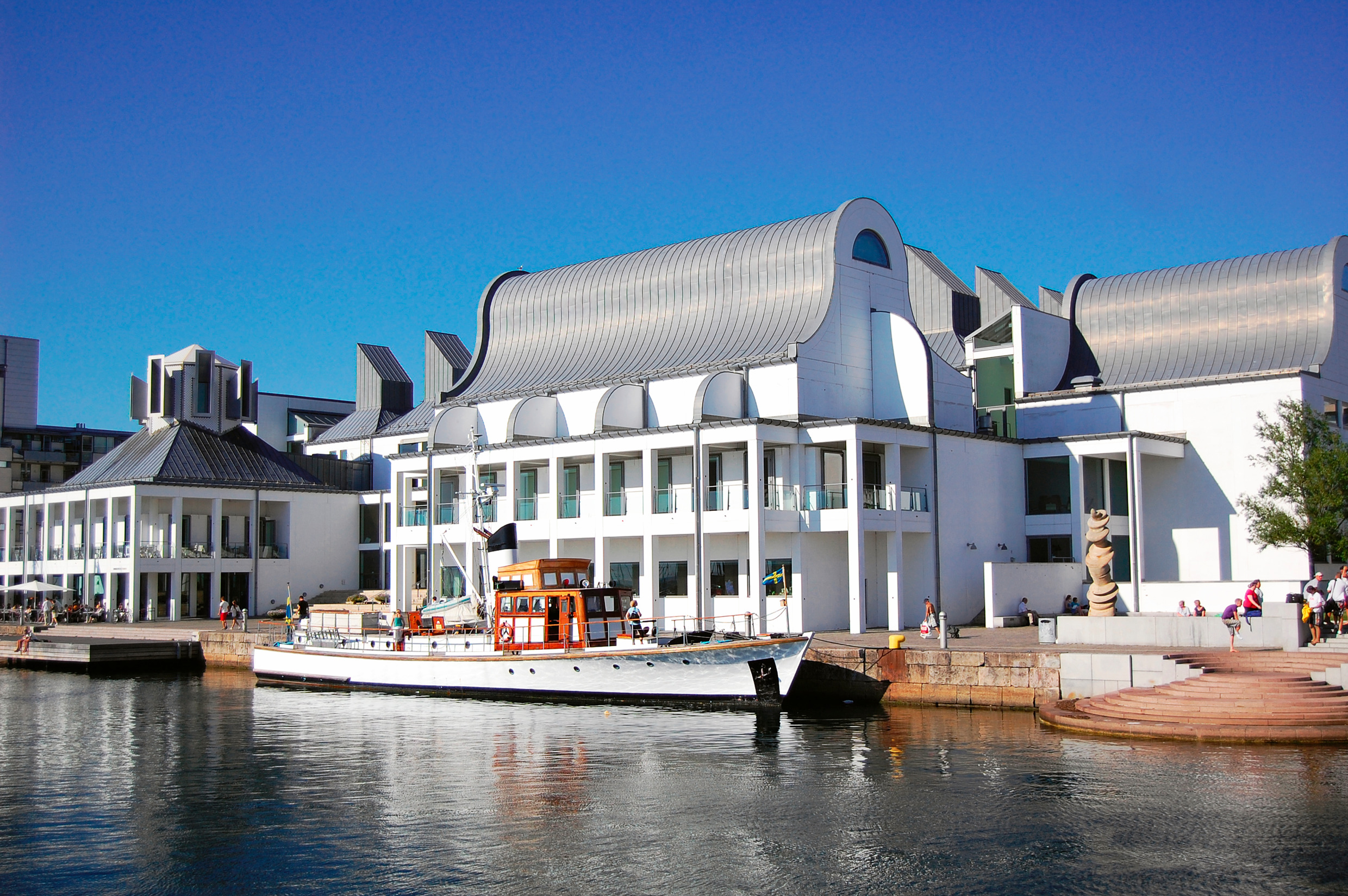 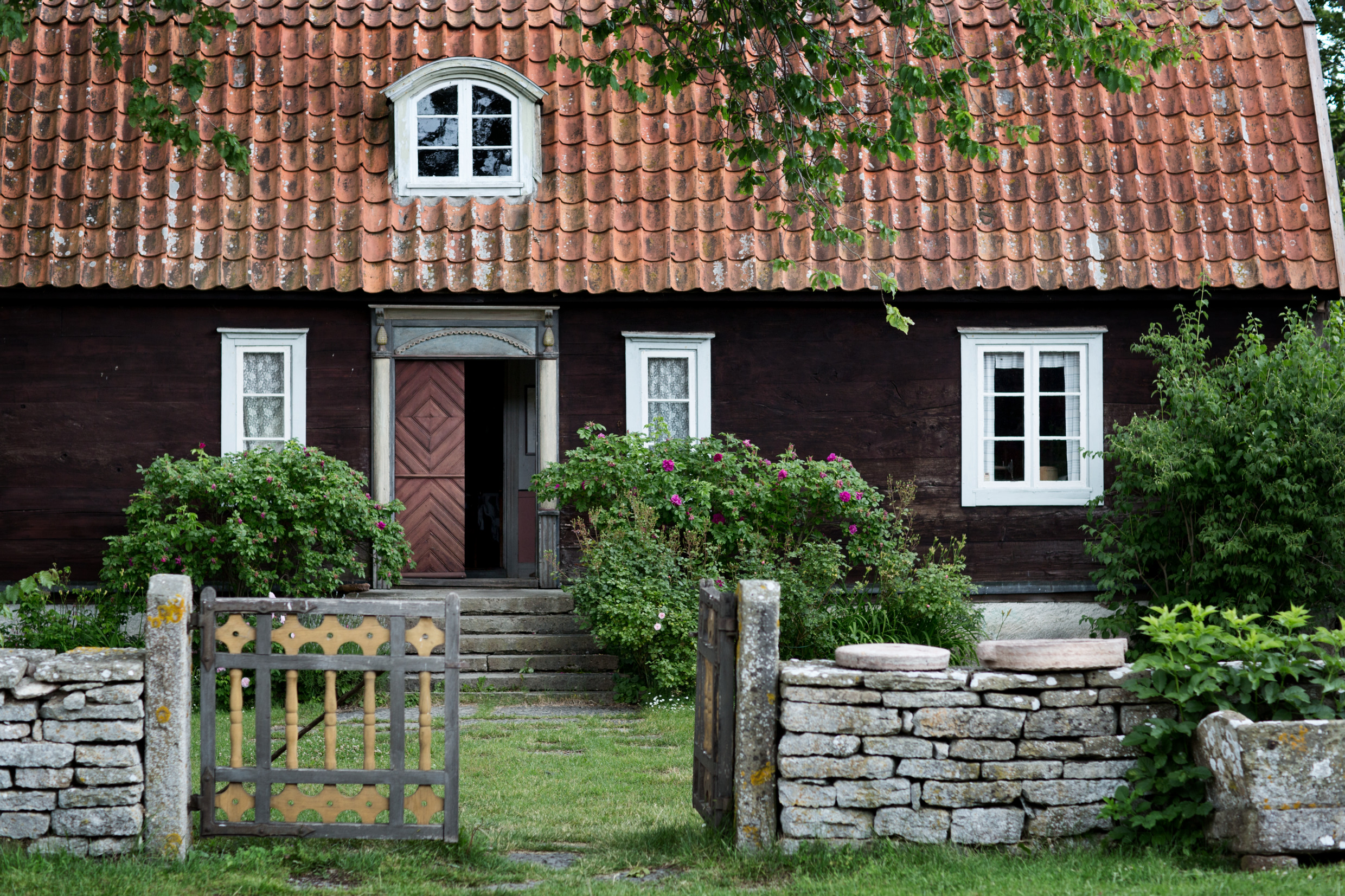 Eland Museum is located in the local history center Himmelsberg in Eland. Himmelsberg is a village with well-preserved buildings from the 18th and 19th centuries. Visitors there can experience the history and everyday life of the island and enjoy creative exhibitions. In addition, the museum aims to show the best of Eland’s folk art and create a three-dimensional picture of its economic and cultural development. Because of its central location, the Eland Museum is a particularly great destination for visitors to the island. 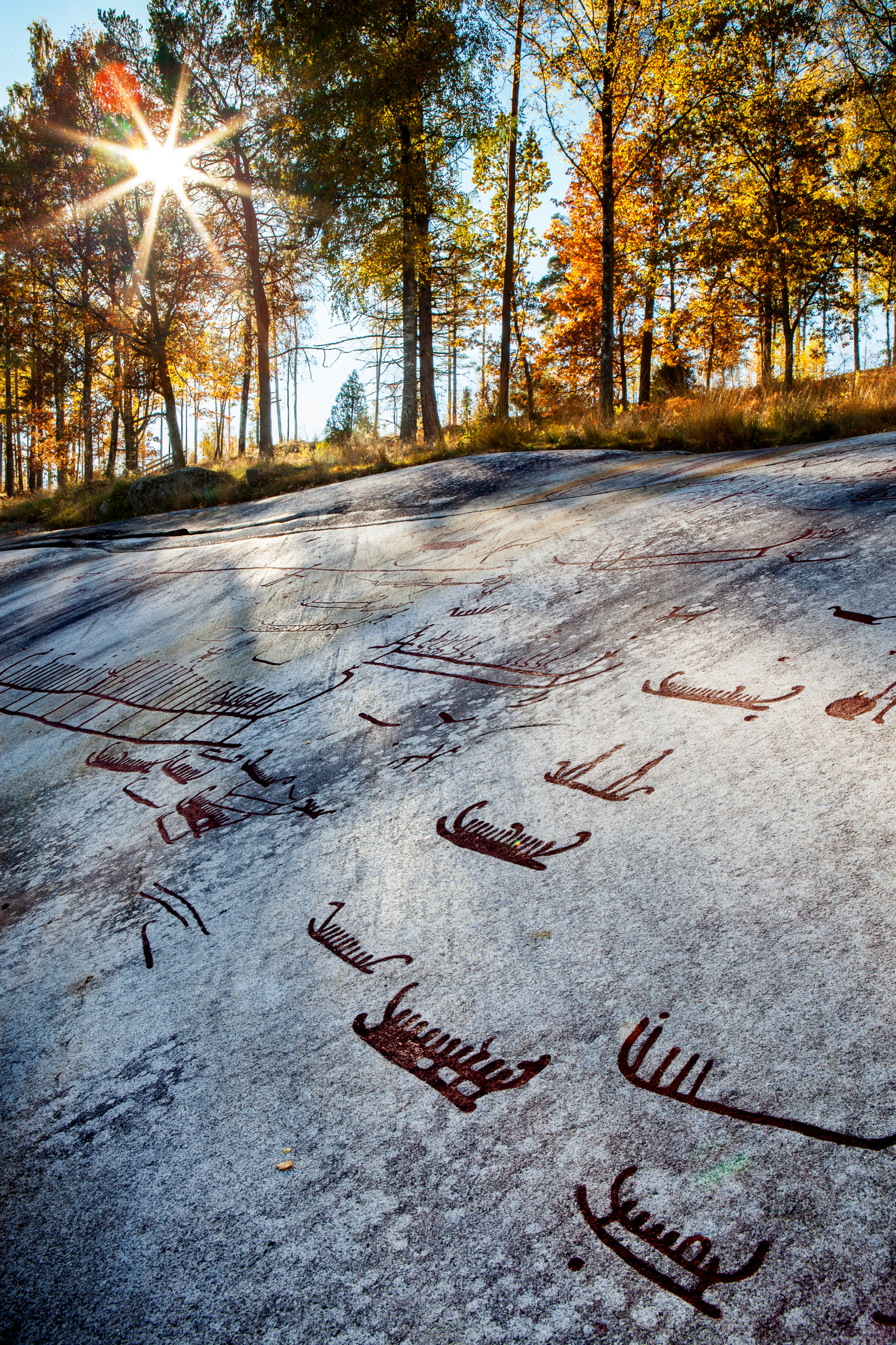 The collection of Bronze Age rock art at Tanum in southwestern Sweden is a World Heritage Site. In total, there are thousands of images, the so-called Tanum petroglyphs. During the Bronze and Iron Ages, the settlers of Scandinavia were skilled craftsmen and seafarers. 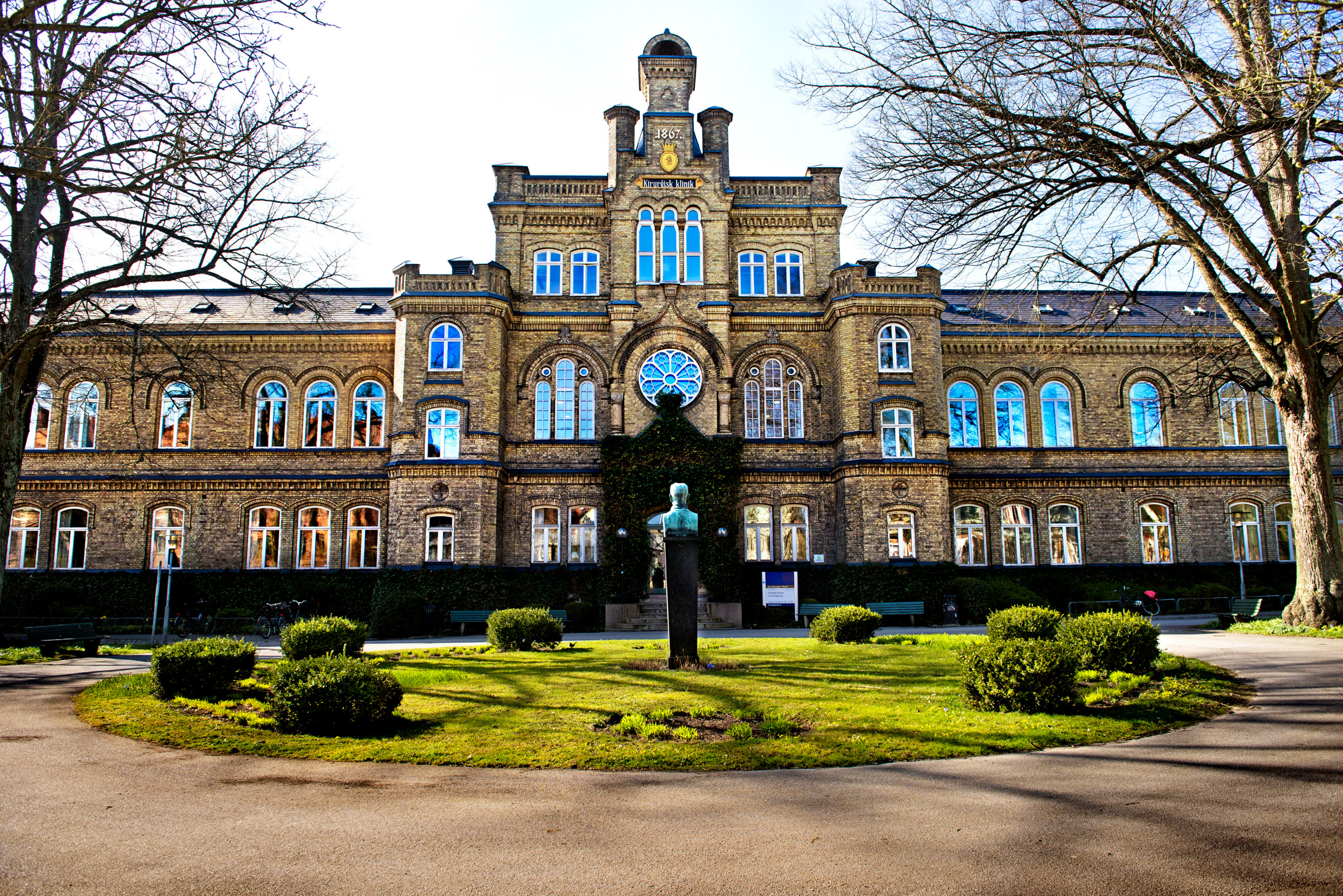 The history of the university dates back to 1425. The University of Lund has consistently ranked among the top 100 universities in the world. 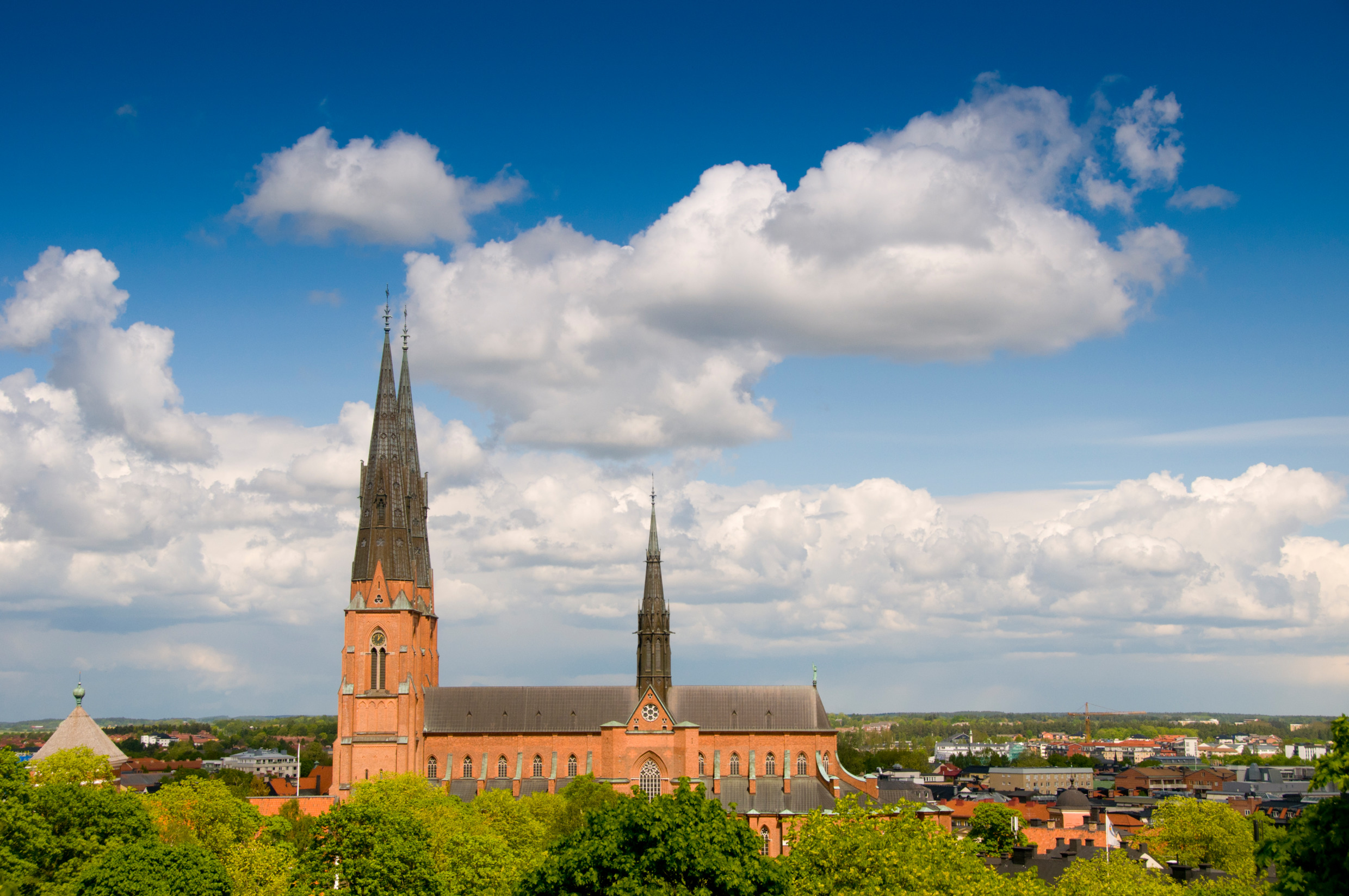 Uppsala Cathedral is one of the largest cathedrals in Northern Europe, opened in 1453. The relics of St. Erik are kept in this cathedral, also Gustav Vasa and Carl von Linnaeus are buried there.