Singapore, the city of dreams or the future? 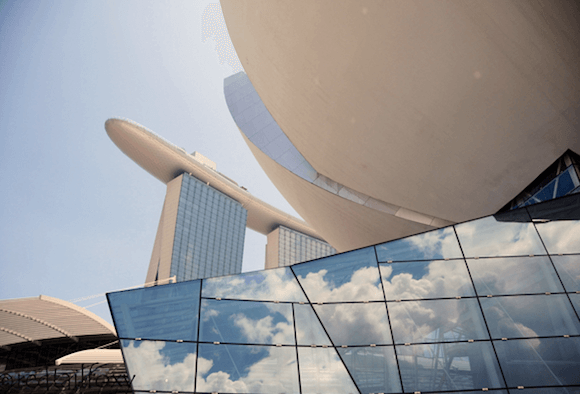 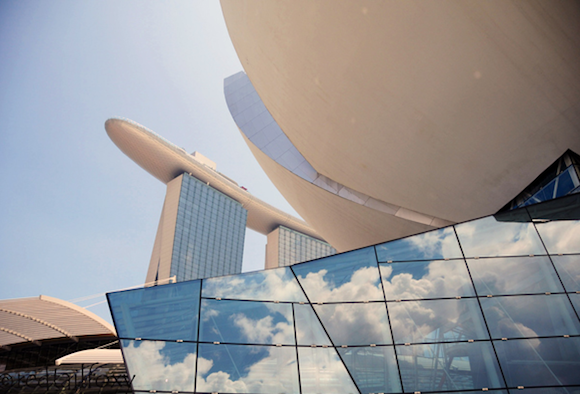 The city of the future that you can’t help but fall in love with at first sight is Singapore. It was in the top three places I absolutely have to visit in my life. A kind of dream come true after several years of sluggish efforts. I even unknowingly postponed meeting the dream for five and a half weeks, so to speak, to intensify the experience and enjoy the aftertaste.

Singapore was the end of our multi-week trip to Indonesia. Perhaps in contrast to its dirty and poor neighbor, but Singapore won me over instantly. Absolutely. Uncompromisingly. I fell in love with it before I even got to the city center and before I saw Marina Bay. It’s still Asia, but it’s nice to be in and wants to live in! It’s Asia, but clean, tidy and civilized! 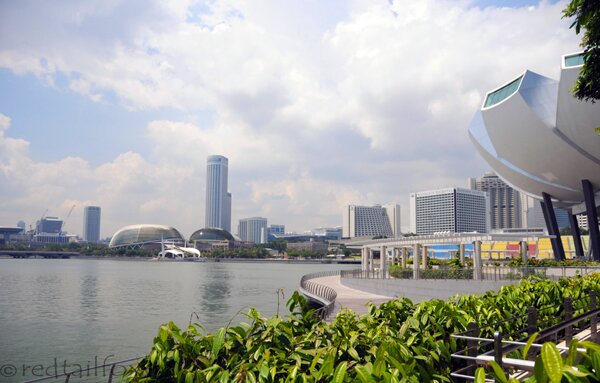 Four days in Singapore flew by like one. Four was not enough, in this city-cosmos can easily spend a week, or even more.

Come to think of it, Sentosa alone can offer four days of entertainment, the Singapore Zoo and Night Safari, Jurong Bird Park and the National Orhid Garden, China Town and Little India, Marina Bay and Orchard Road with their shopping malls, where one day is just not enough. Stores for every taste from Zara and Tommi Hilfiger to Louis Vuitton and Prada, all under one roof! Night and evening events on Clarke Quay – that’s the program for ten days! And Fort Siloso. The most interesting museums. The most ancient temples. Broadway musicals. And so much more. I was almost crazy there))) In general, Singaporeans know how to not only attract tourists, but also to serve so that after spending all the money and more, the latter will still be satisfied and want to return!

Choose: beach, active, “seal”, intellectual, recreational leisure, and not limiting themselves in comfort and service!

READ
St. Peter's Basilica: the most iconic landmark of the Vatican

Transportation is thoughtful and convenient to use. We all went by cab, which is not expensive at all. Of the public, there are buses and the subway. Traffic, despite the amount of traffic on the roads, is almost non-existent. There are often free shuttles between the shopping malls, to Sentosa Island too, from Harbour Front subway station.

I haven’t seen so many Louis Vuitton iPhones and handbags anywhere. By the way, people visit the floating store of the same name in Marina Bay like a museum! We went in too and were just charmed by the service and the charm of the staff. At first we just looked, then we touched, then we tried, then we drank champagne and took pictures and then we tried again, touched, looked, tried, tried… So we left the store not without shopping. And the main thing is we were happy and satisfied! At the airport we received a tax refund (tax free), but only 5% of the purchase price. The store kept 2% for its service! Worth it 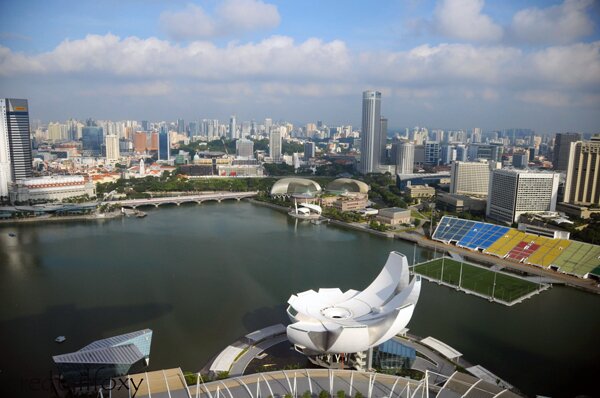 Singapore was the new Babylon for me. That’s how I see cities of the future. A mix of people, cultures, traditions, languages. They seem to speak English, but with an accent and a touch of Chinese. There are a lot of people, tourists can easily be identified by the presence of a camera. And most of them are Asian. White people are often encountered, but remain in the overwhelming minority. 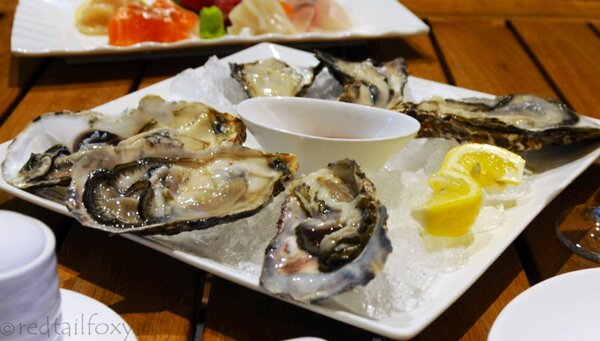 Singapore has it all! Borolo 2004, Cuban cigars, vintage five-year-old Gouda. Cuisine from all over the world of great REAL quality. If pizza is Italian, if a burger is American, sushi is Japanese, frogs are Chinese. You can try any exotic to jellyfish and sea cucumbers (didn’t know they were eaten before). On the Marina Bay Promenade on the Marina Bay Sands side of the Marina Bay Hotel, HY California serves the freshest oysters on ice with chilled champagne – just perfect! And there are restaurants inside the shopping center with a variety of Asian cuisine, among other things make a divine Dim Sum! 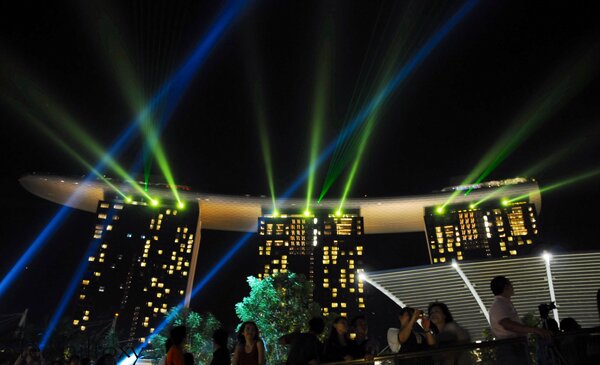 After dinner, when it gets dark, you should definitely take a walk along the waterfront. Enjoy the night lights of the skyscrapers and the light show put on by Marina Bay Sands. The show is spectacular. Lights and laser beams draw images on a cloud of water spray to soul tearing music. The tree of life, a mother and child, happiness, love… The performance engages you so that tears come to your eyes from the beauty and wonder of being. Just some kind of immense happiness! 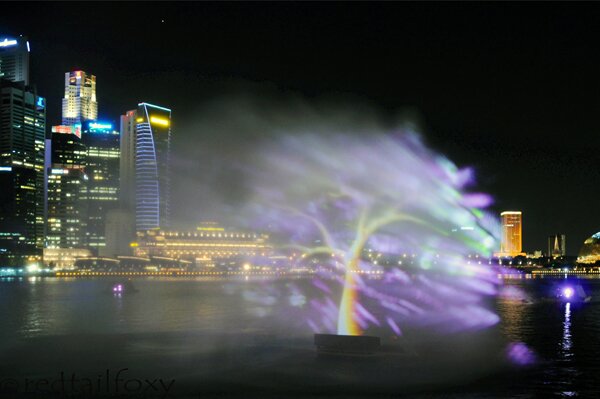 The show is repeated three times a night at 8:00 pm, 9:30 pm, and 11:00 pm. On the other side of the bay, where the “sea lion” Merlion stands, it also looks good, but perhaps because of remoteness, does not get as deep into the soul and does not have such a touching impact! Next time I will not be lazy and apply for a tourist visa. Restrictions on entry and stay should not interfere with communication with the dream))