Seoul – City of Spring and Flowers

Seoul is a city of nature and technology, a symbiosis of timeless parks and fast life. It attracts futurism, traditional monuments, ancient palaces, and huge parks. In the center of the city is the traditional village of Bukchon, which has perfectly preserved the old way of life of Koreans, and the name of the city in the Korean language means “the capital”.

Seoul’s trip plan should definitely include the palaces:

A huge royal palace built in 1394, reconstructed in the 19th century. The complex combines 300 buildings and includes 6,000 rooms. At various times the palace was not only the residence of Korean rulers but also that of the Japanese governor-general. 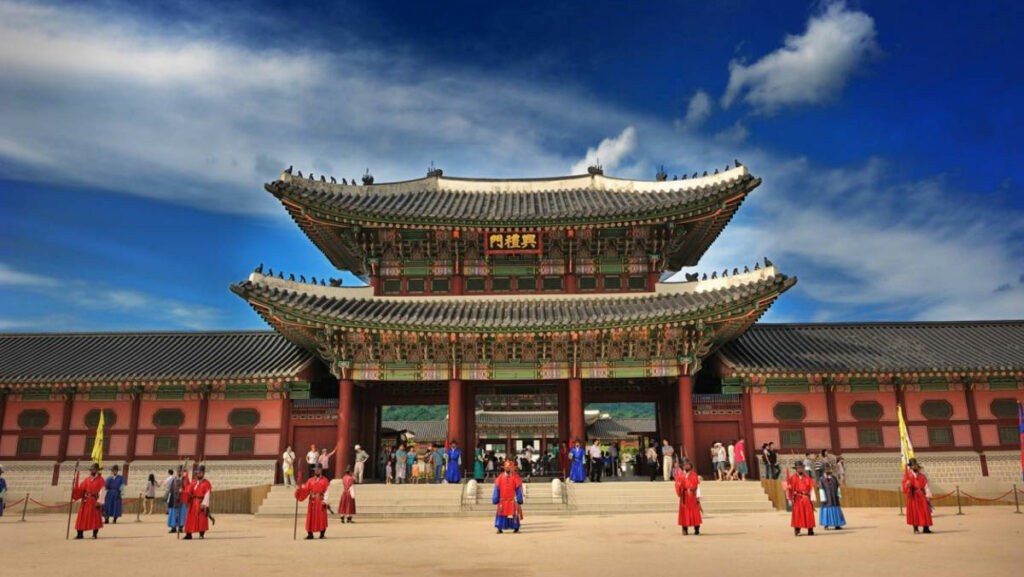 The palace complex was built in the 15th century, almost destroyed a century later during the war with Japan, and rebuilt in 1609. Until the mid-19th century, the palace was the residence of Korean kings. The government was housed in this complex until the restoration of Gyeongbokgung.

The palace complex was built in the 12th century for the entertainment of the nobility. The buildings are surrounded by a luxurious park with gazebos and pavilions. It is now used for historical films, costume parades, and scenes from court life. 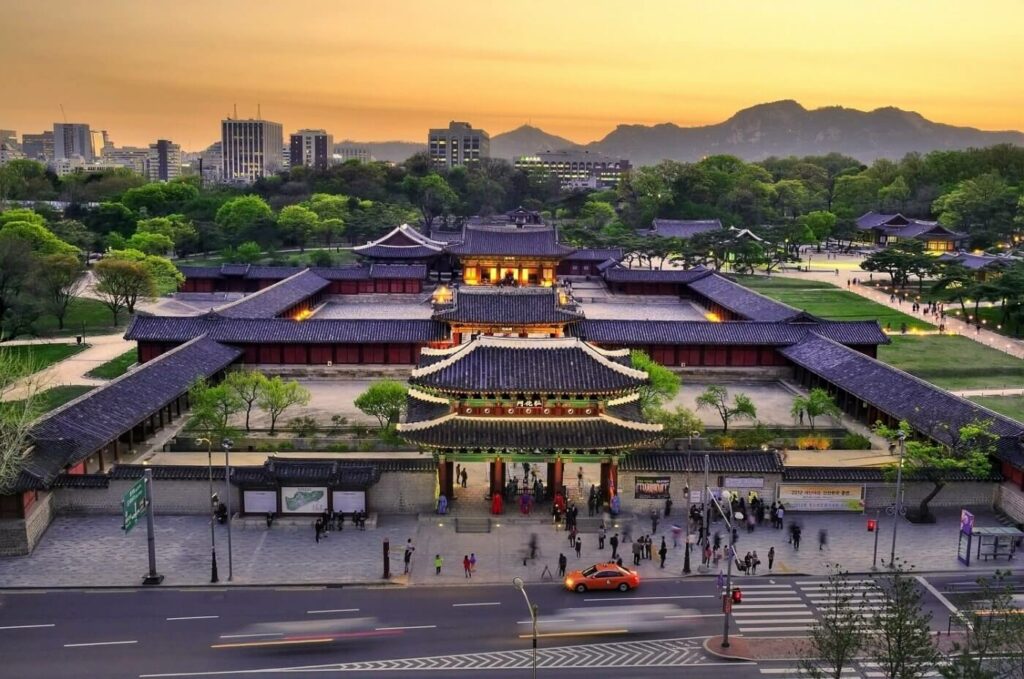 Since the late 19th century, the palace has been the residence of the emperor under whom Korea survived the occupation. This complex is relatively small but very beautiful. Be sure to take the time to see the curiosities.

Once a neighborhood of wealthy Seoulites, it is now a tourist attraction consisting of a large pedestrian street and several charming alleys. In Insadong there are restaurants, cafes, and shops with handmade goods. Here you can attend a ceremony in a classic tea house.

The creek is laid out in the heart of the city. It used to be a highway, but in 2005 it was reconstructed into a beautiful park. 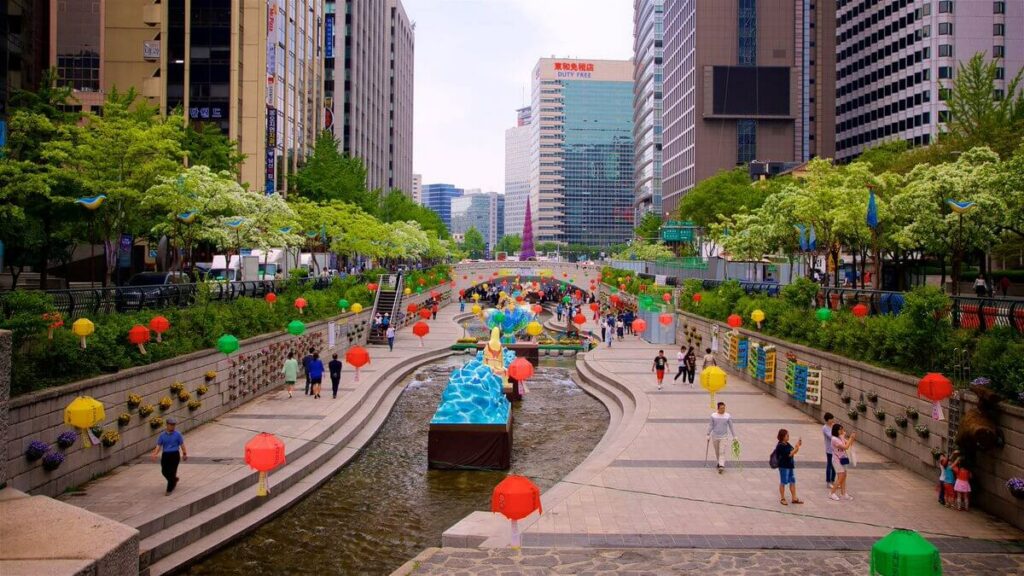 Seoul attracts not only sights, but also places to visit. For example, the Nant Theater is a small hall for a few hundred people. The theater gives performances using improvised objects. The production is accompanied by captions in English and Japanese. Often the plot is based on ancient legends.

Exploring Seoul, you need to look at it from above. For this, it is worth a visit: – Seoul TV Tower . It’s 271 meters high and 480 meters above sea level. – Lotte World Tower. Height – 555 m. The floor of the observation deck is made of glass, so the visit to the top floor leaves an unforgettable impression.

Seoul is a convenient city for travelers of any country. It is perfectly safe day and night, and the infrastructure is carefully thought out and designed. Staying in a hotel costs about 10 to 600 dollars a night, and the price of a night in a hostel is 3 to 7 dollars. The transportation network is well developed. You can get around the city by subway, electric trains, and buses. The center of Seoul is compact, so walking is often enough.