On the picturesque shores of the Atlantic Ocean in the US lies the small town of Savannah. What makes Savannah unique is its architectural heritage – America does not have a great deal of historic buildings. But Savannah, founded in 1773 by the British, has preserved much of its original appearance, which now blends remarkably with the modern urban landscape. Savannah is the largest port in the state of Georgia, and the city is divided into several districts. The historic center is considered to be the richest in attractions and the most interesting for tourists.

The city’s unique characteristic is the presence of twenty-two city squares in such a relatively small city. Most of them are named after historical figures or events. The largest of these is Johnson Square, founded in 1733. In the center of the square is a monument to Independence War hero Nathanael Greene, whose burial is located beneath this structure. The square has two fountains and a sundial mounted on a marble rod. There is also the Church of Christ and the Johnson Square Business Center, built in 1911. 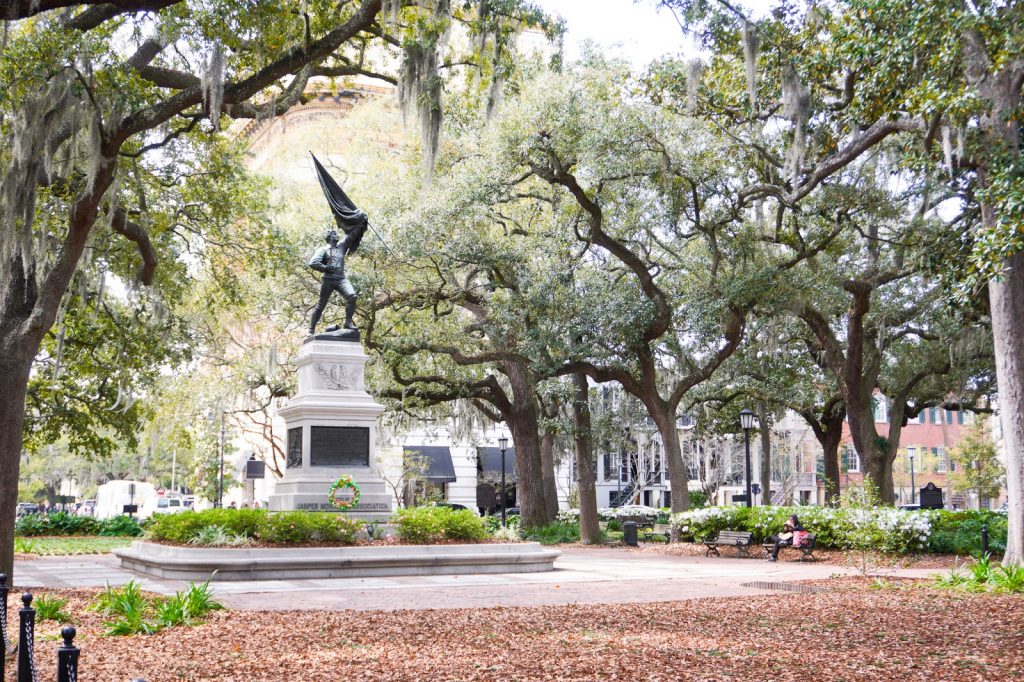 Forsyth Park is one of Savannah’s best and most scenic spots. Built back in the 1840s, the park has steadily expanded. There’s everything here for the outdoors – tennis courts, basketball, soccer, and rugby field. And for those who like to go for a relaxing hike, there’s plenty to do too. The whole family can have a picnic outdoors, and there are plenty of playgrounds for kids. Forsyth is literally buried in the greenery of mighty trees wrapped in moss, the fragrance of blooming roses and azaleas, which fills the atmosphere around with an extraordinary purity and freshness. In 1858 a beautiful fountain was installed here. Today it is the most photographed architectural structure in the city.

The jewel in Savannah’s crowning glory is the majestic Gothic-style St. John’s Cathedral, built in 1876. It was damaged in a fire in 1898, but with an enormous effort, it was almost completely rebuilt in just a year. The cathedral was opened to the parishioners, but the restoration continued for over ten years. The interior is decorated with beautiful stained glass windows, mighty marble columns and a main altar. One can admire the wonderful Renaissance frescoes as well as hear the sounds of the unique organ with 2308 pipes. It is open to the public and attracts many tourists. 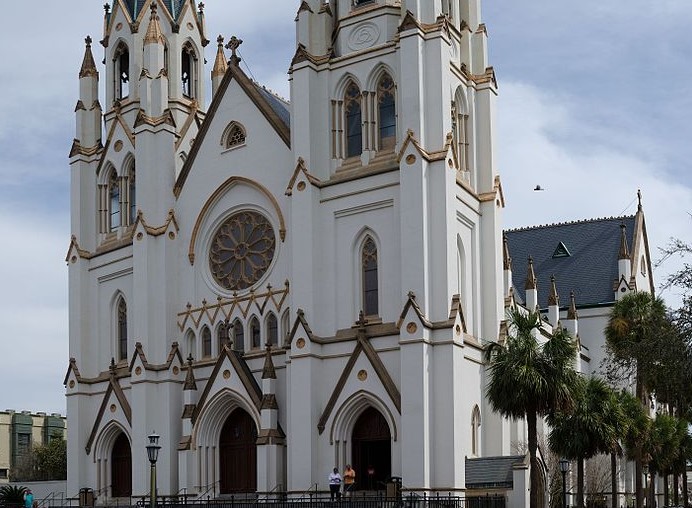 An unexpected attraction for visitors to Savannah is the Bonaventure Cemetery. Yes, the cemetery is considered one of the significant places here, it gained its fame after the publication in 1994 of the novel Midnight in the Garden of Good and Evil. Set in a vast area amidst century-old trees, the cemetery began its history in 1846 . It is now home to the oldest stone monuments, family shrines, and stunning marble tombs. The atmosphere of Bonaventure is extraordinary, and it is a great place for non-trivial excursions.

The Savannah Riverwalk, after which the city is named, is one of the most popular tourist attractions. The stone-paved street has streetcar tracks that are still used by the streetcar from the 1930s. Horse-drawn carriages have also become a popular form of transportation. These modes of transportation allow you to experience the historic spirit of Savannah . There are plenty of souvenir stores, cozy cafes, and restaurants with excellent local cuisine. The waterfront area offers spectacular views of the port, and if you cross the river on the ferry, you can see the beauty of the panorama of the historic center. In the evenings there are a variety of events that will appeal to the most discerning viewer. 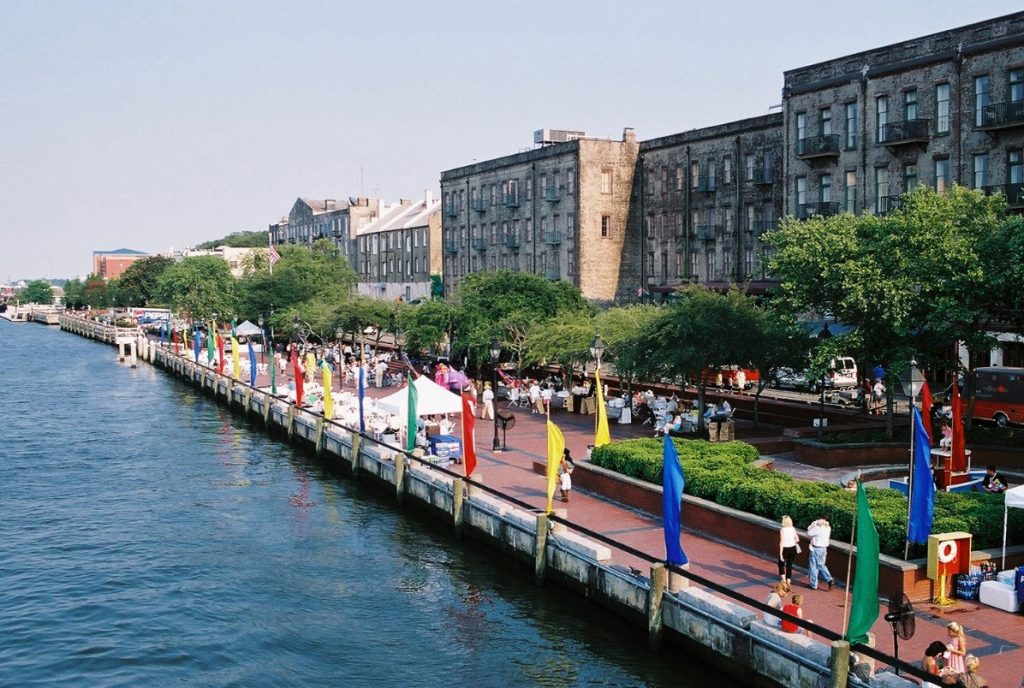 Savannah, though modest in size, has charm and charisma . The list of attractions can be long, but its main advantage is an inexpressible feeling of diving into the atmosphere of the past, the atmosphere of a bygone era, the spirit of which remained within the walls of the city. No wonder the locals call their town Savannah “The Pearl of the South”, because once you’ve been here, you’ll want to come back for sure.