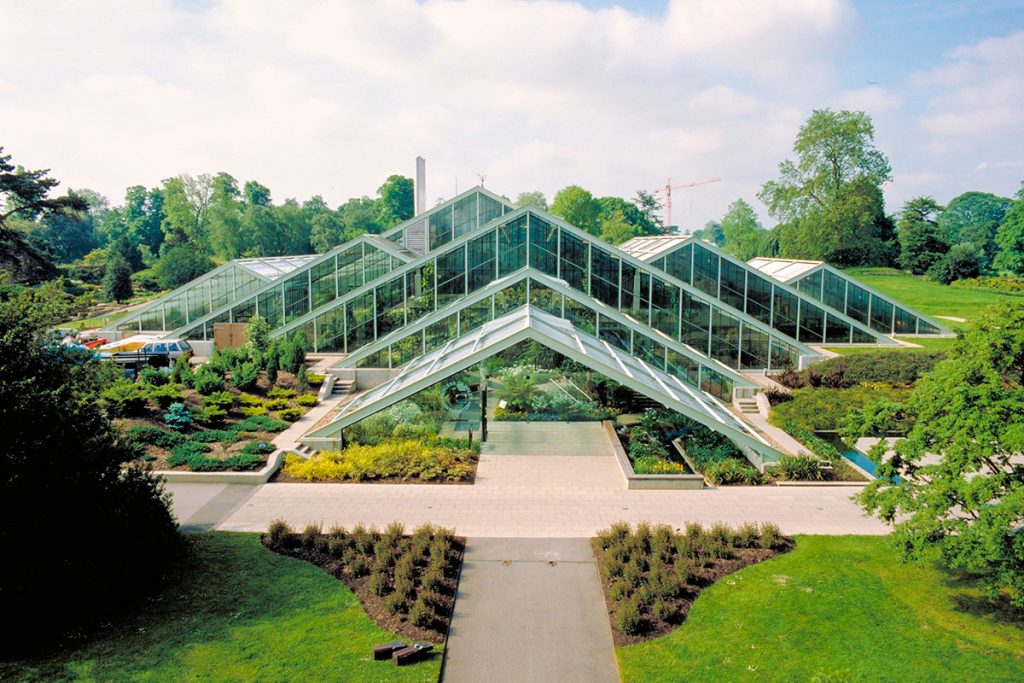 Kew Gardens is a stunning place for all those who love flowers and plants. They have little in common with the botanical gardens we are used to: there are many more plants here, many of which we know only from books. Not without reason they are considered one of the largest botanical gardens in the world: in Kew Gardens now you can find over 30 thousand different varieties of living plants, including ginkgoes, sequoias, Amazon lilies, etc.

Gardening is considered a national hobby of the British. So many Brits just love digging in the ground, growing plants and flowers, but it doesn’t stop there. For centuries, Britain has been known for bringing new plants from overseas colonies to Europe, introducing them into use, and breeding completely new varieties of plants.

This is how the famous royal botanical gardens came to be. At first, the imported plants were planted in greenhouses in the royal parks and tried to adapt them to the local climate there. But in 1759 it was decided to create a separate garden for this purpose.

The Royal Botanic Gardens of Kew was originally a garden for exotic plants, created in 1670 in Kew Park. Their creator was Lord Henry Capel, who converted an apothecary garden into the gardens. The gardens were located on the grounds of White House, a royal residence leased to Frederick, Prince of Wales.

In 1772 the residence passed to Frederick’s widow, Princess Augusta of Saxe-Gotha. The princess expanded the gardens, creating a nursery for trees and shrubs as well as a botanical garden on its grounds. King George III was also involved in expanding the gardens. It was he who involved two botanists in the development of the gardens, William Ayton, who began the accounting of the gardens’ living plants, and Sir Joseph Banks.

READ
10 things to do in Málaga when it rains, Spain

In 1838 the gardens passed to the state, and in 1840 they received the status of a national botanical garden and were enriched with numerous other collections: seeds, herbaria, etc.

In the twentieth century, Kew Gardens has suffered many calamities: in 1913 it was affected by a series of arson attacks in London, and in 1987 the Great Storm uprooted and killed hundreds of trees.

Now, however, Kew Gardens is thriving and still attracts tourists from all over the world. Their area is more than 120 hectares of land. There are now many stunning buildings including Waterlily House, the Pagoda and the Princess of Wales Conservatory.

The avenue above the treetops

The Treetop Walkway was opened in 2008. It is a terrific attraction that adults and children alike will enjoy (unless you have a fear of heights). The walkway is a pedestrian bridge 200 meters long, which is glazed and located at a height of 18 meters. You can climb the bridge by steps or by elevator. It offers an amazing view of the park. 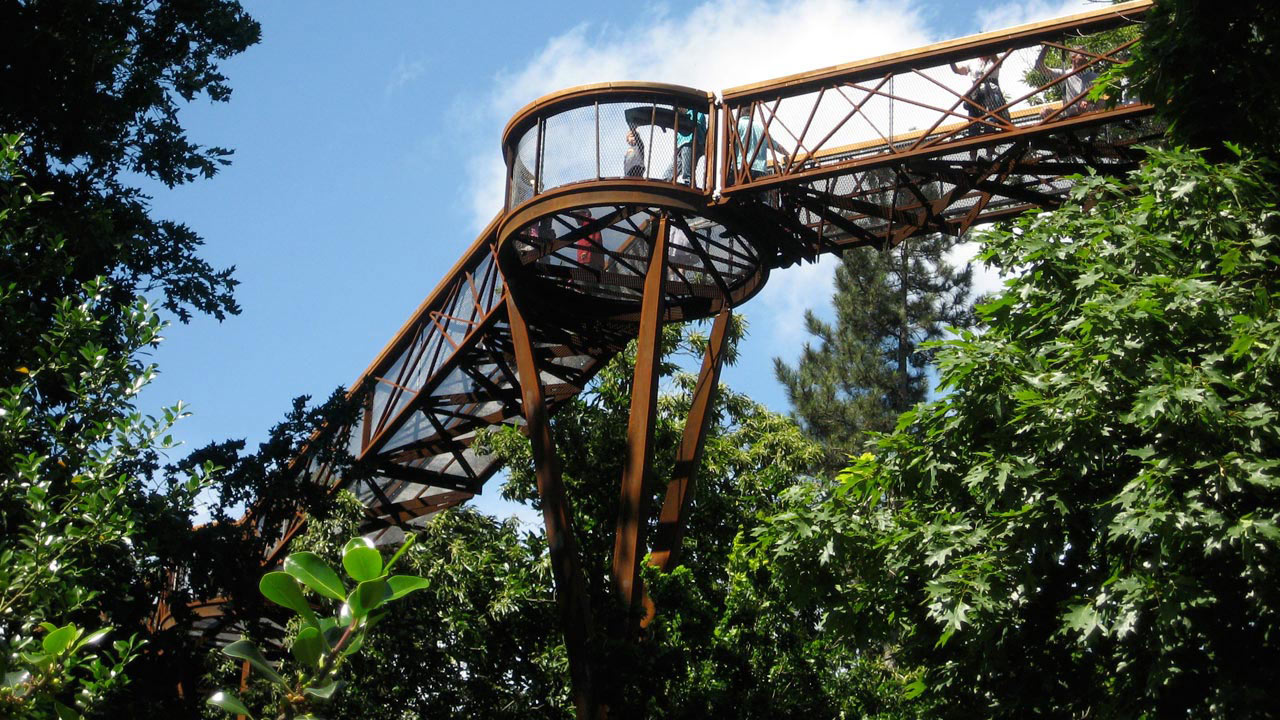 The Waterlily House is perhaps the hottest and wettest room in all of Kew Gardens. This greenhouse is home to a large pond in which different varieties of water lilies grow, including the famous Amazon lily, whose leaves can reach 3 meters in diameter. The lily house is closed for the winter, so if you plan to visit it, come in summer or spring.

The Great Pagoda (the Great Pagoda) was built in 1762. Its height is 50 meters; the pagoda itself is completely covered with tiles and decorated with large figures of dragons. For many years the pagoda was completely closed to the public, and in 2015 its restoration began, which lasted until this year. The Pagoda has now been restored to its original form and opened to the public. 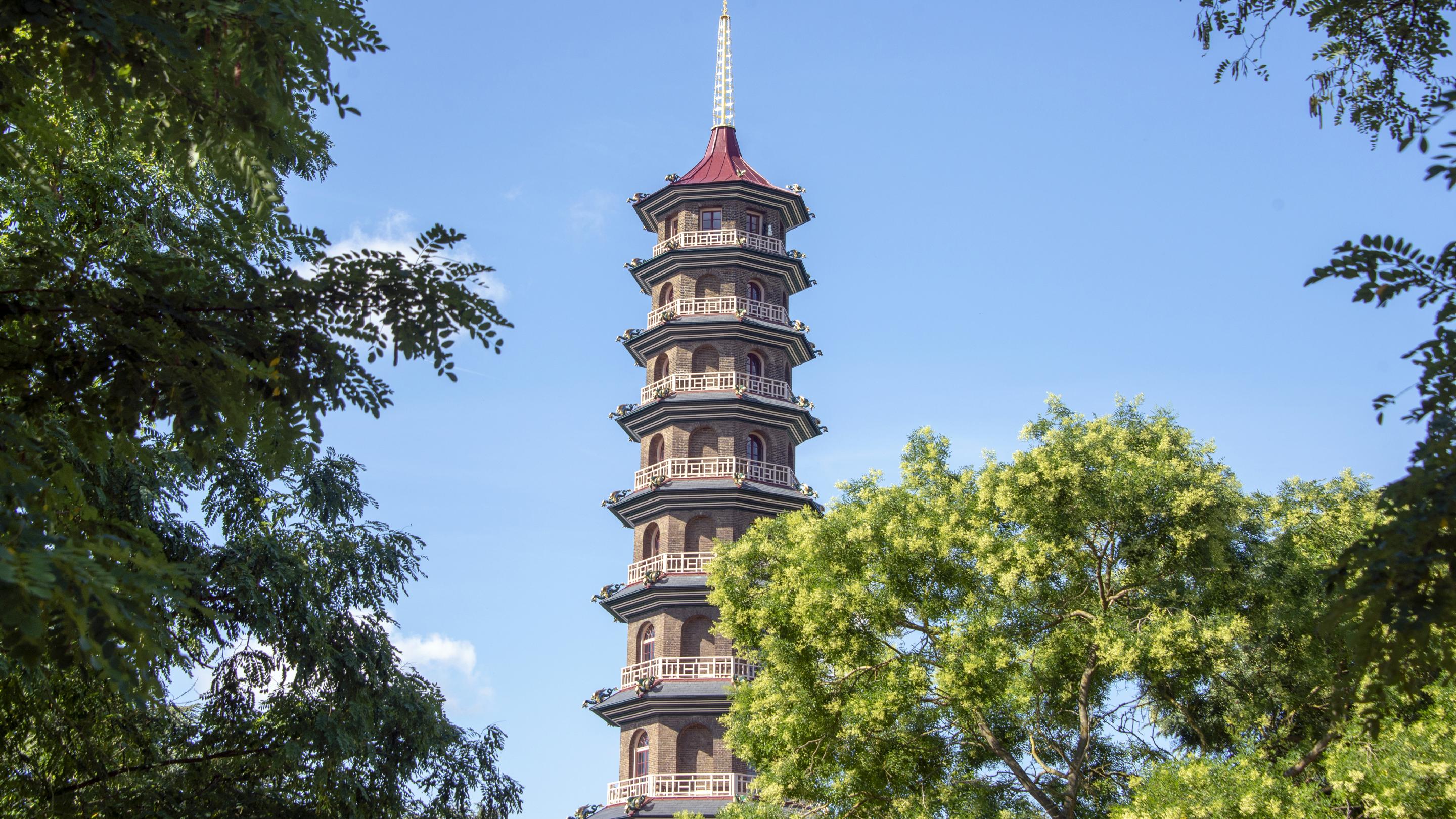 As its name suggests, the Princess of Wales Conservatory was built by Princess Diana herself. The conservatory was opened in 1987. When it was built a temporary capsule (also called a “message capsule”) was hidden in the grounds. Usually such capsules contain something of value to future generations: for example, a capsule buried in the greenhouse hides the seeds of endangered and most common today’s plants.

In the greenhouse you can admire a huge number of plants: there are cacti, orchids, water lilies, and carnivorous plants. As many as 10 microclimatic zones have been recreated in one building, and the building itself has been designed to get as much solar energy as possible. 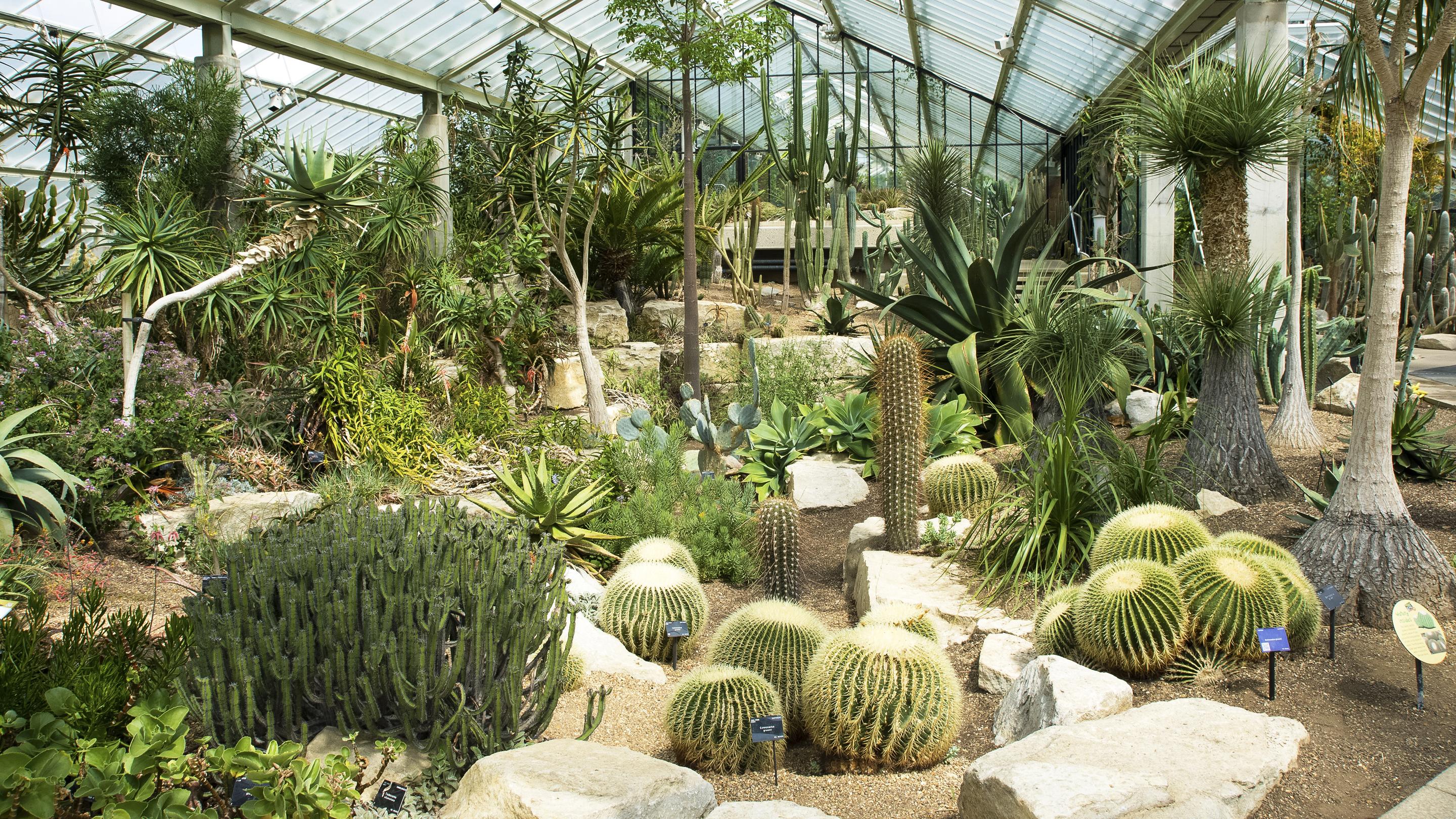 Temperate House is a greenhouse that took 40 years to construct: construction started in 1859 and finished in 1899 with the north wing. Nowadays it is considered to be the biggest Victorian glasshouse surviving in the world, 188 meters long. 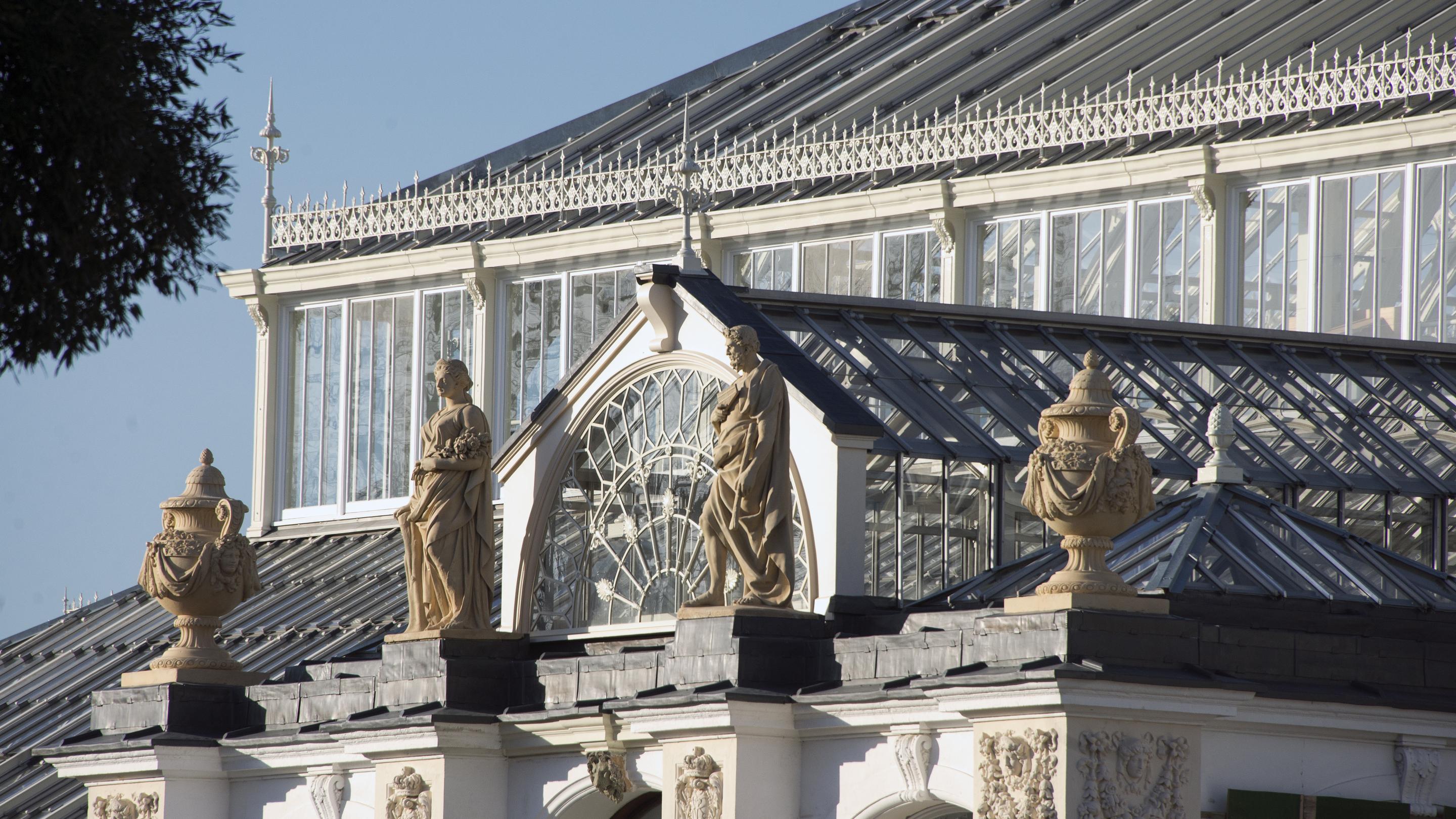 The Palm House is another famous greenhouse in the Botanic Gardens. It is made of glass and iron and surrounded by a path at a height of 9 meters so that visitors could admire the crown of the palm trees in the greenhouse. The building was built 4 years (from 1844 to 1848) and since then it has never changed its shape. 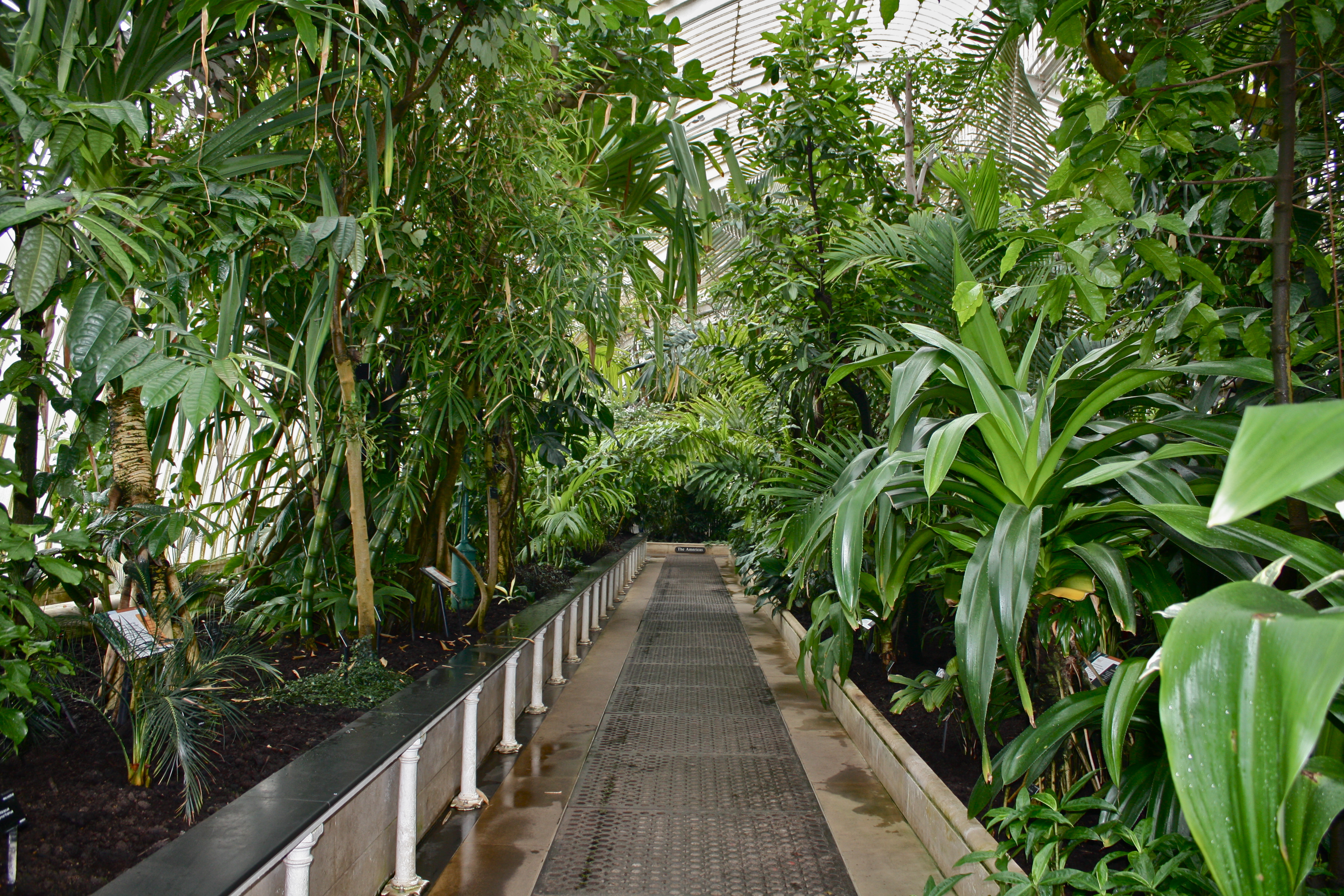 And of course we must mention the Kew Palace, which is considered the smallest of all British royal palaces. The palace was built around 1631 and was used for the various needs of the royal family. It was opened to the public in 2006. It is now the only permanently open attraction of Kew Gardens, for which you will have to pay extra to see it. 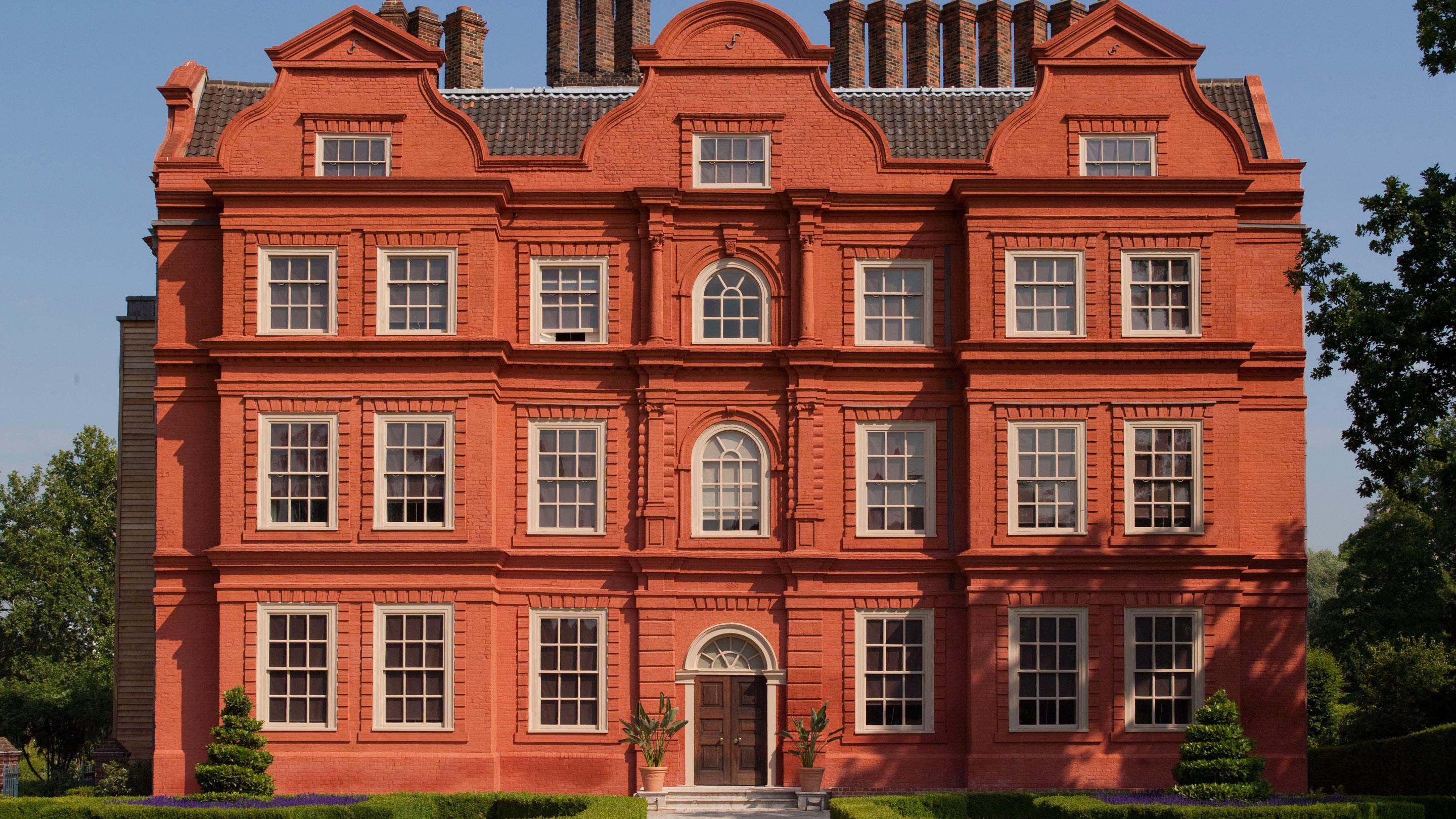 Kew Gardens is a UNESCO World Heritage Site. The gardens are constantly being researched in a variety of horticultural fields, but they will be of interest not only to people who specialize in plants, but also to tourists who love nature and beautiful views. Be sure to visit Kew Gardens if you’re in London – you won’t be disappointed! 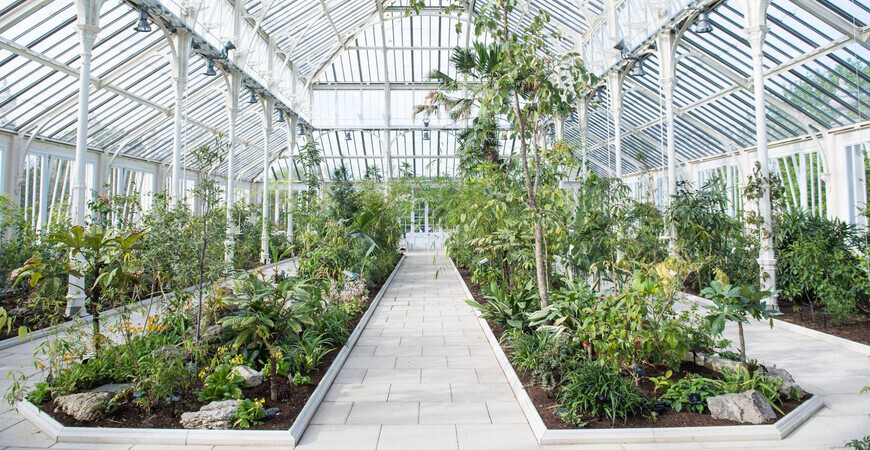 Kew Royal Botanic Gardens is one of London’s many and most beautiful parks, located on the south bank of the Thames in the southwestern suburbs between Kew and Richmond. The park covers an area of more than 130 hectares.

The Royal Botanic Gardens, a UNESCO World Heritage Site since 2003, has the world’s largest collection of living plants – over 30,000 species from all over the world – as well as around 750 researchers, and herbaria containing around 7 million plant specimens.

As a complex of botanical gardens, greenhouses and hothouses, the Royal Botanic Gardens of Kew is also considered a very important research and education center. In addition, many architectural structures and landmarks of different styles can be seen in the park.

Royal Kew Gardens also has a huge number of attractions, below are the most popular ones: