Portugal: Climate and weather in different seasons on the continent and islands 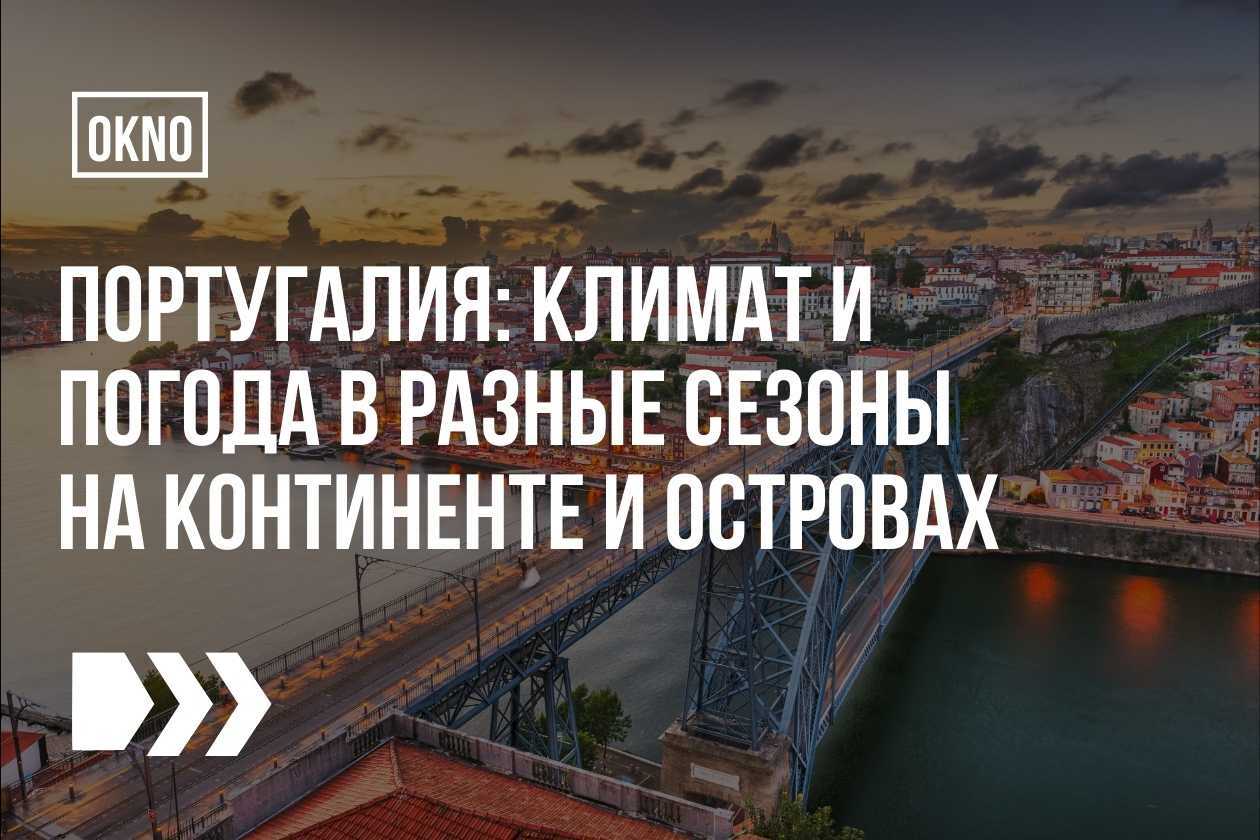 Vineyards, surfers, yachts, wide shady canopies on the villas: most foreigners associate the southwestern edge of Europe with year-round heat. In fact, in the summer the water temperature in Porto rarely exceeds +21ºC, in winter the ski slopes of the Estância de Esqui resort are open a couple of hours away from the coast, and on a July afternoon the ocean breeze on the slopes of the Algarve is pleasantly cooling.

Climatic conditions north of Porto, in the east, in the Azores and in the Algarve vary considerably. Planning a move to Portugal? Compare the weather in different regions on the mainland and archipelagos.

The Mediterranean is a dry subtype of subtropical climate. The average annual temperature ranges from 15-25ºC; snow and searing heat are rare. The Mediterranean climate type is found on the western shores of seas and oceans, within the range of latitudes 30-45ºС from the equator. Conditions in California, Gelendzhik, Antalya, the French Riviera and Portugal are relatively similar: dry, sunny summers and humid winters. 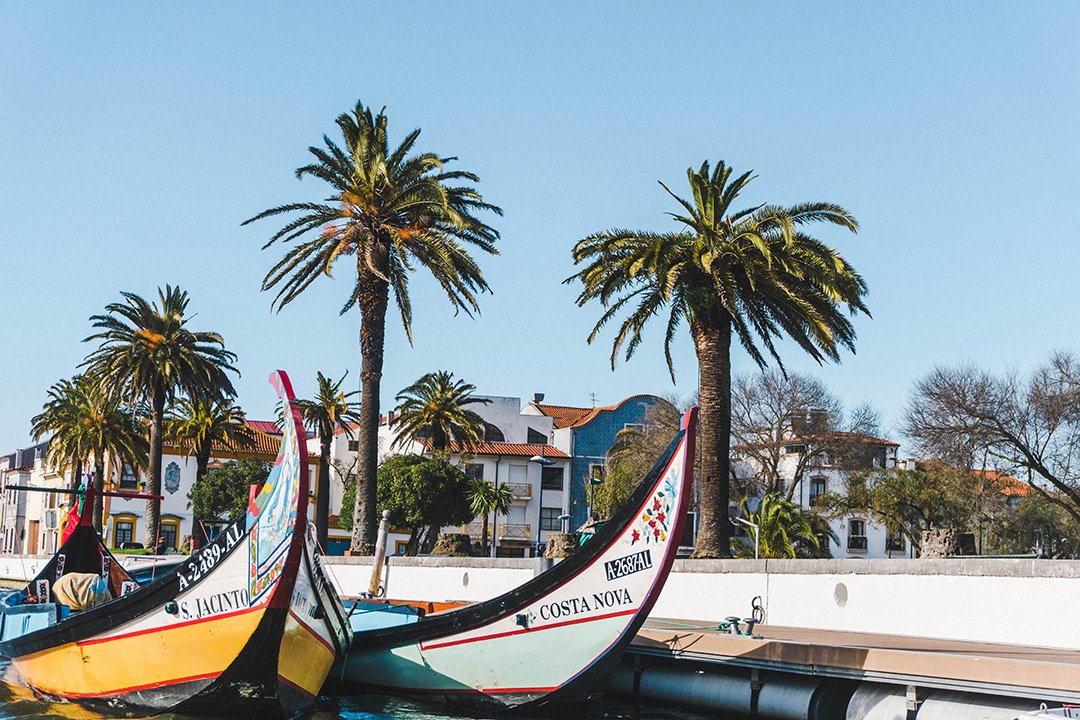 Life near the ocean under cloudless skies surrounded by greenery favors the cardiovascular and nervous systems. Local diet with a predominance of olive oil, fruits and seafood – this is a healthy diet. The optimistic atmosphere of the Mediterranean prolongs life: according to WHO, life expectancy 81.6 years..

Dry, warm summers and mild, rainy winters prevail on average. Daytime temperatures in January and March fall to +17ºC. Between June and August, the temperature rises to +27ºC. The snow on the coast lasts a maximum of an hour and melts instantly.

How does Portugal’s climate differ in different seasons?

Spring in Portugal begins in mid-March. Many families celebrate Easter in Madeira and in the south, in the Algarve and the Alentejo, enjoying the warm weather. In the north, the rains last until April. A long, comfortable spring, with temperatures of ±20ºC, stretches from March to June. Spring is a beautiful time for sightseeing, exploring the country’s historical heritage.

Summer in Portugal. The beach season in the south opens in May and lasts until October. In most regions, consistently warm, dry weather lasts from June to September. If the 30ºC in July makes you uncomfortable, escape to the mountains, Madeira or the Azores Islands, where the temperature does not exceed 25ºC. 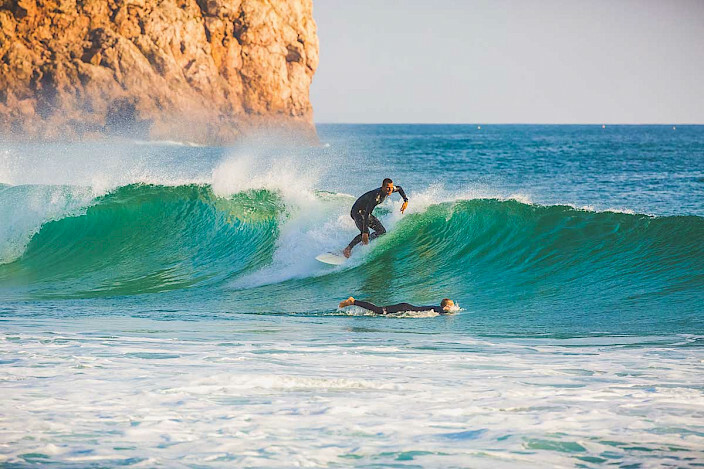 Autumn in Portugal. A wonderful time for road trips, shopping, exploring Kraft wineries, holidays on farms in the foothills and a carefree, velvet season on the coast. Closer to November 11, St. Martin’s Summer, the Portuguese Indian summer, begins.

Winter in Portugal. The city season is full of festivals, Christmas fairs, walks through the ancient streets. Snow lies high in the mountains, in the rest of the area the temperature does not drop below zero. The winter months are the rainiest, an umbrella is a must.

The northern part of the country is conventionally divided into two climatic regions: the Atlantic coast and areas away from the ocean. In the Greater Porto from Viana do Castelo to Aveiro typical Mediterranean dry warm summers, temperature variation ± 10 º C, 108 rainy days. The average annual temperature is +14ºC (for comparison: London +11ºC, New York +12ºC).Here and further in the article are used the graphs of the portal Pogoda.turtella.ru 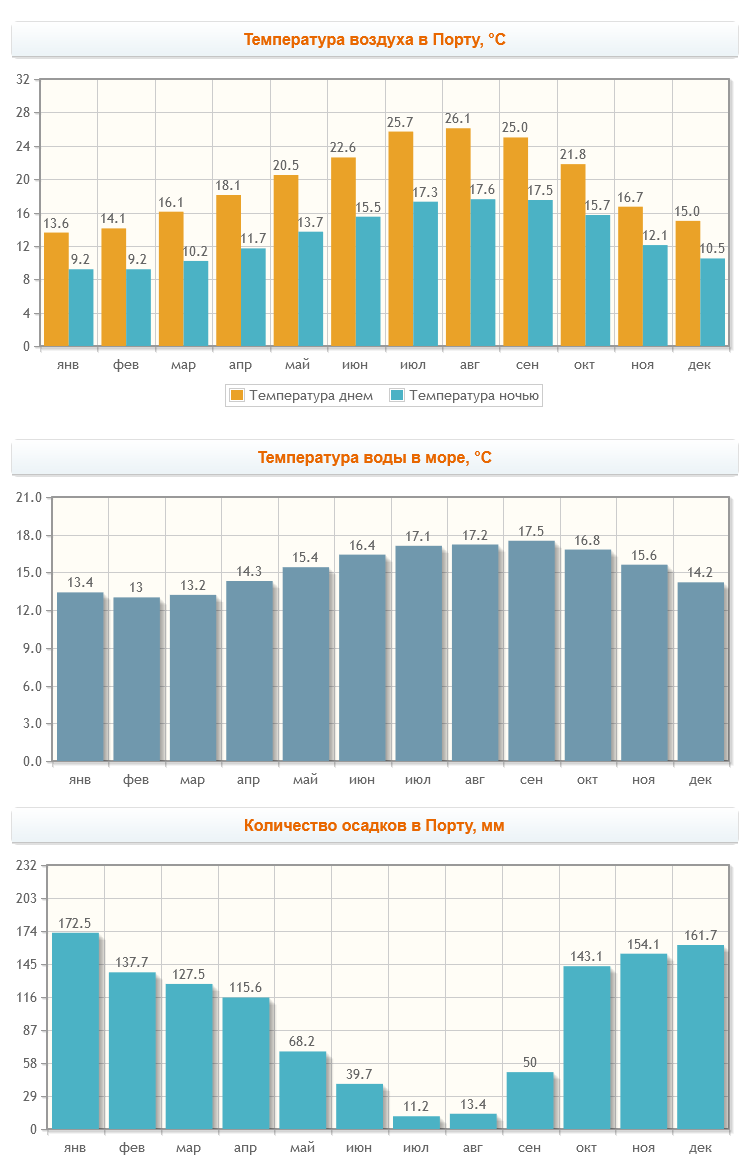 On the Atlantic coast, the cold Canary Sea currents mean that the bathing season lasts from late May to September. Winter is humid, and the sky is constantly covered with clouds. The proximity of the ocean keeps temperatures from dropping to sub-zero levels. 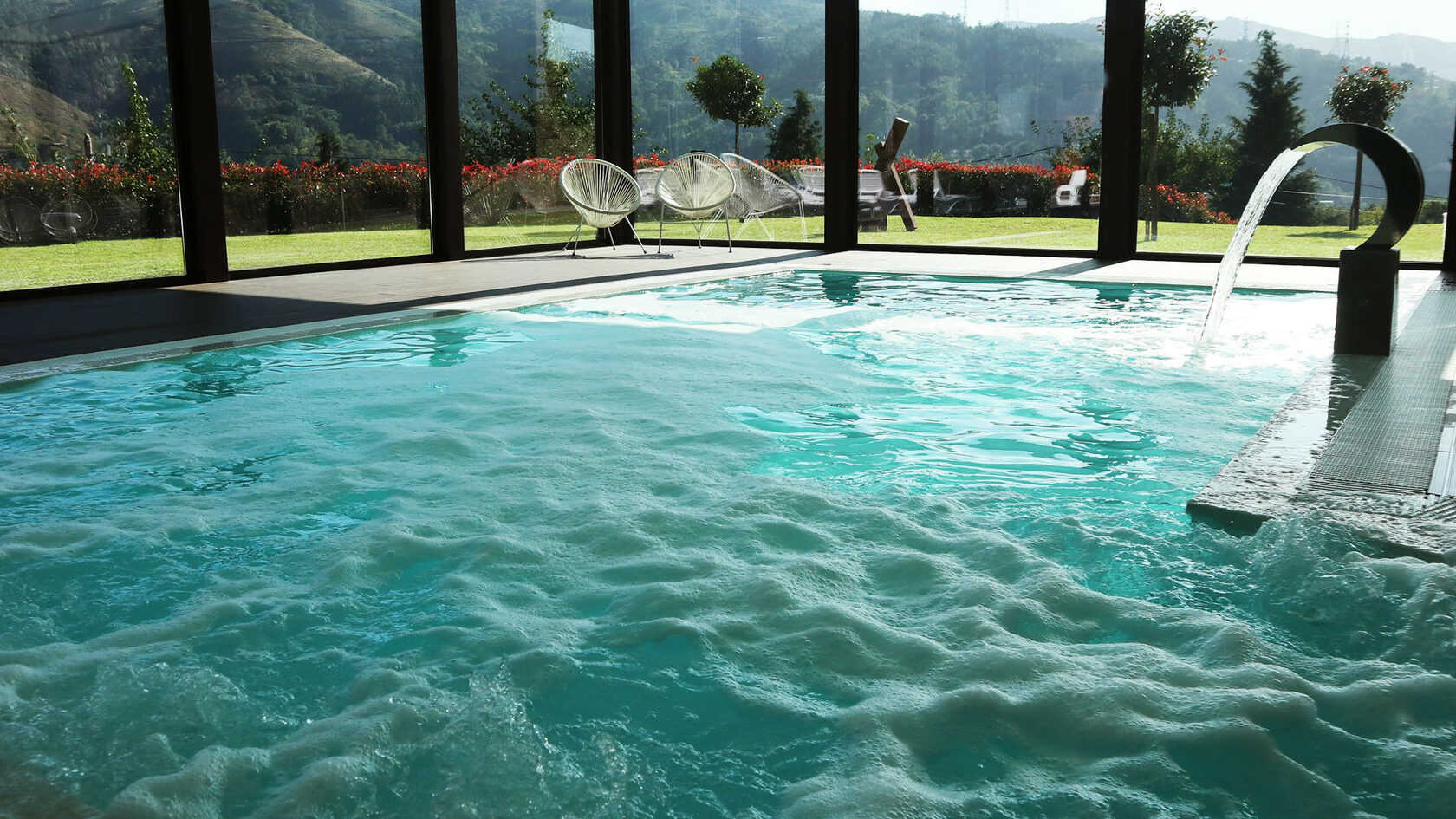 The climate in eastern and central Portugal, away from the ocean: Guarda, Castelo Branco, Coimbra, Évora

Closer to the north, the Serra da Estrela mountain range, with its 1993 m high Torre, occupies part of the territory. Above 1500 m begins the alpine meadows, snow lies up to 3 months a year; the best time for skiing is March. Below the slopes are covered with dense vegetation. The summers are dry in the wine valleys of the Taraz and Montes, with temperatures often rising above 35ºC.

Climate of Lisbon, the Tagus River valley, the central coast from Leiria to Setúbal

Mild winters and sunny summers provide the perfect climate for life and leisure. Ocean water temperature is lower than in the south. The air is warmer than Porto and cooler than the Algarve. 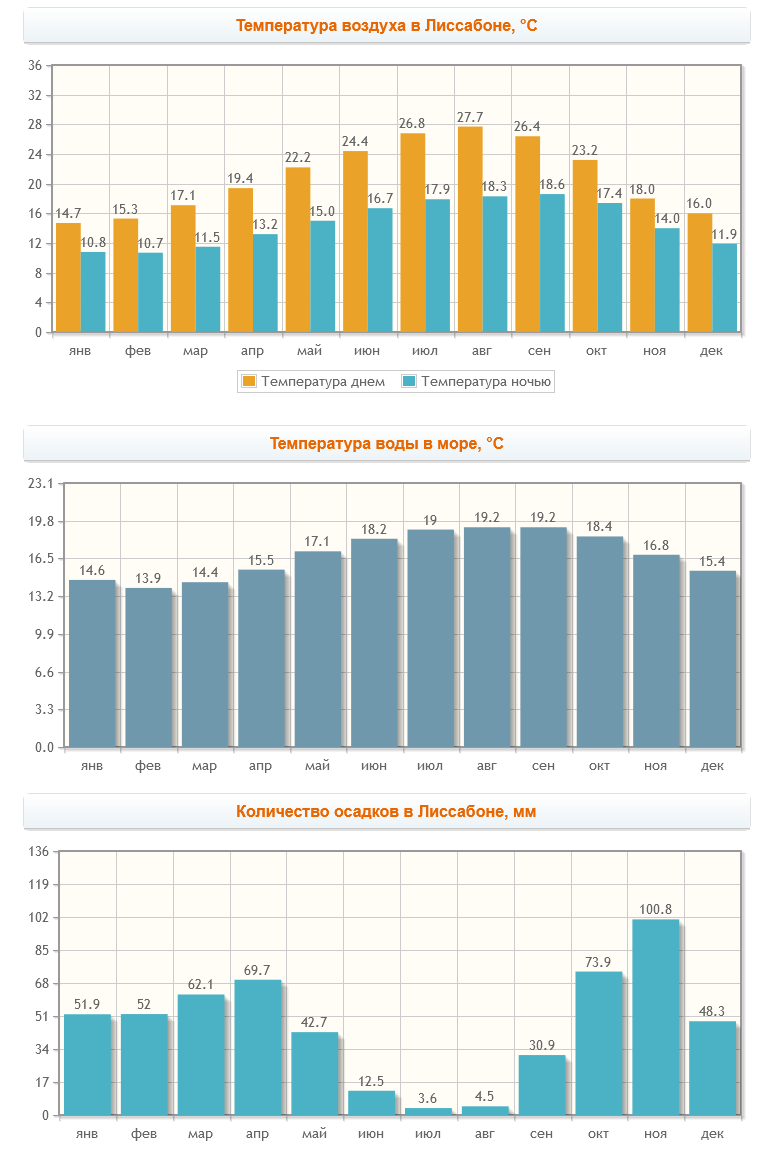 The winter nights of Lisbon are considered the warmest of all European capitals. Lisbon is the city of the sun, with over 3,000 hours of sunshine per year. The sun shines the longest in Cascais: 12 hours a day in July. Lisbon’s forest of Sintra offers refreshment during the summer days, with an average temperature of +23ºC even during July. 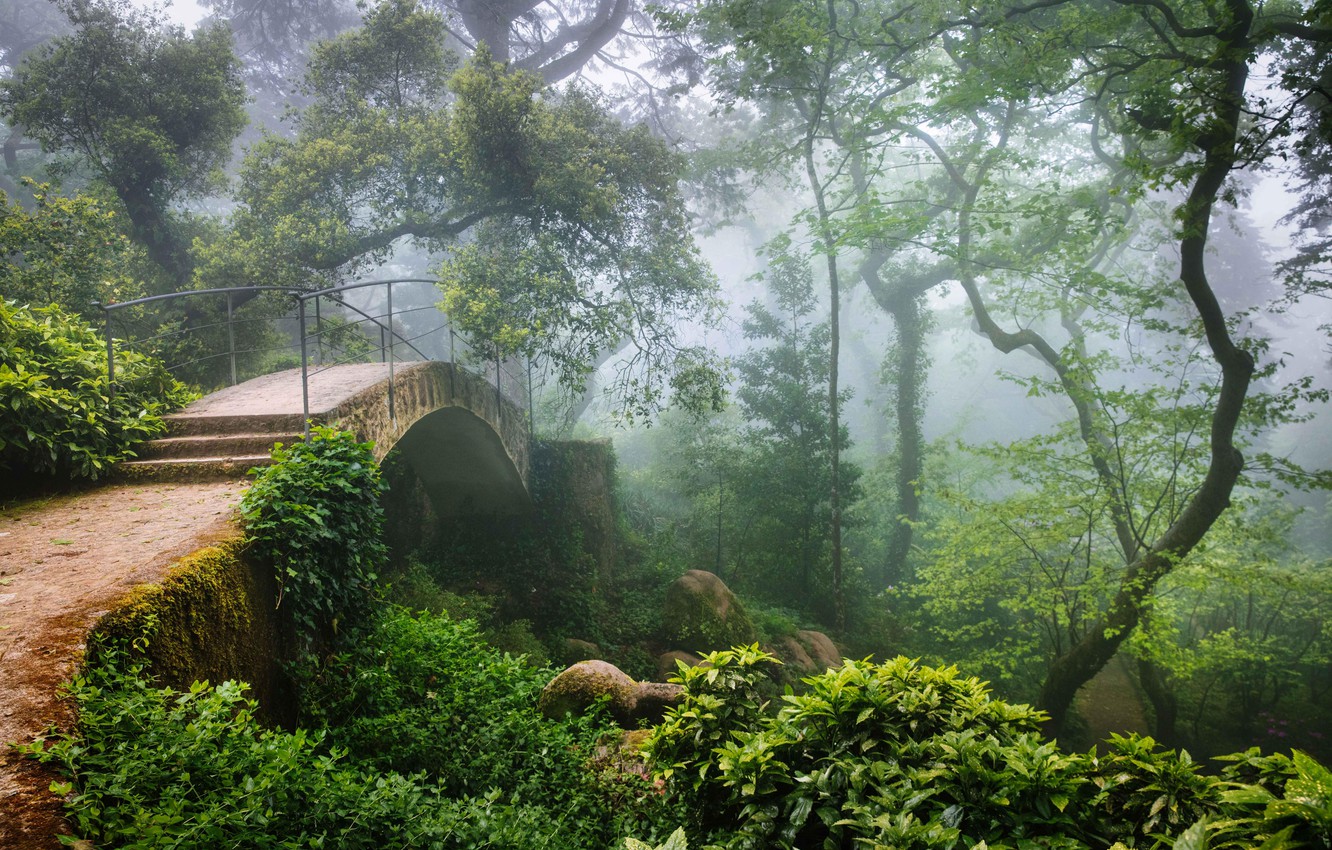 Southern Portuguese climate: The Alentejo and the Algarve

The further south and away from the ocean, the drier and hotter it is. The Alentejo lowlands are savannah-like, with summer temperatures reaching 40ºC and winters warm and humid. 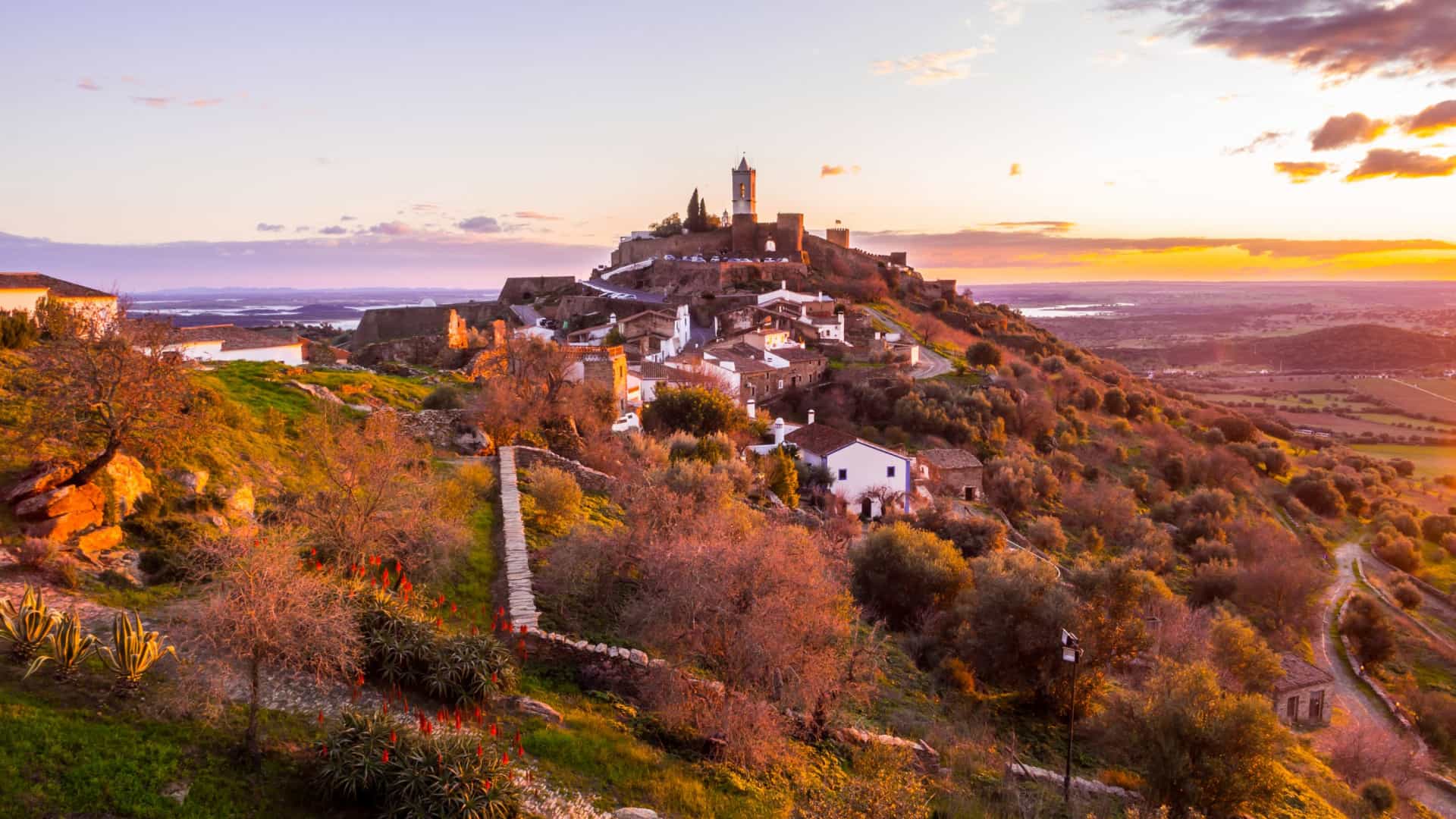 Warm summers, minimal rain, a long swimming season, over 300 days of sunshine a year, a steady natural replenishment of vitamin D and mild subtropical winters have turned the Algarve into the most popular region of Portugal with expats. The whole coast of the region is a solid resort with developed beaches, respectable villa complexes, five-star hotels, golf courses and yacht marinas. 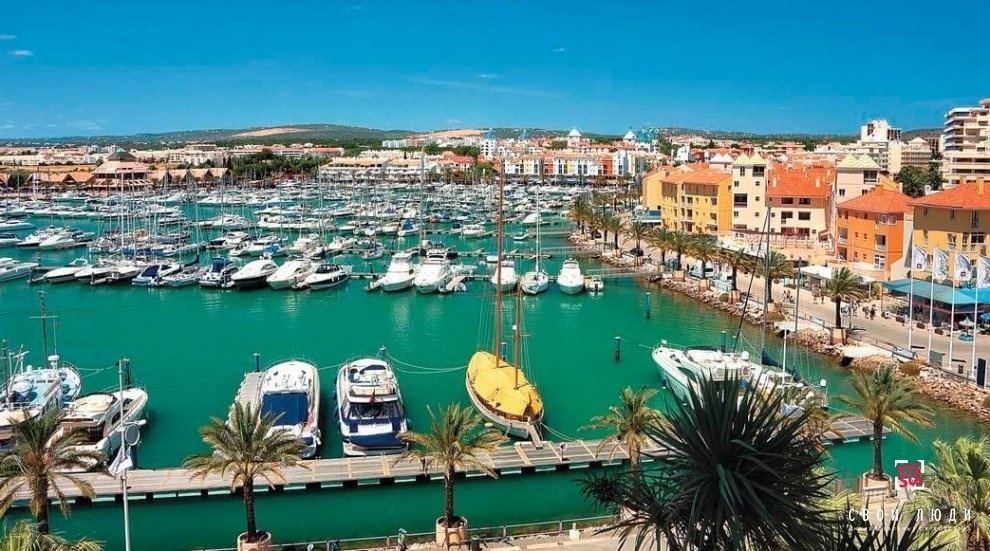 Climate in the Azores

Located in the Atlantic near the warm Gulf Stream, the nine islands of the Azores archipelago differ from the continent in their mild climate. There is no stifling heat, no snowfall, and winter temperatures don’t drop below +13ºC at night. Precipitation increases gradually from east to west: San Miguel 700 mm, Florish 1600 mm a year. Summers are dry and the rainy season lasts from September to April. 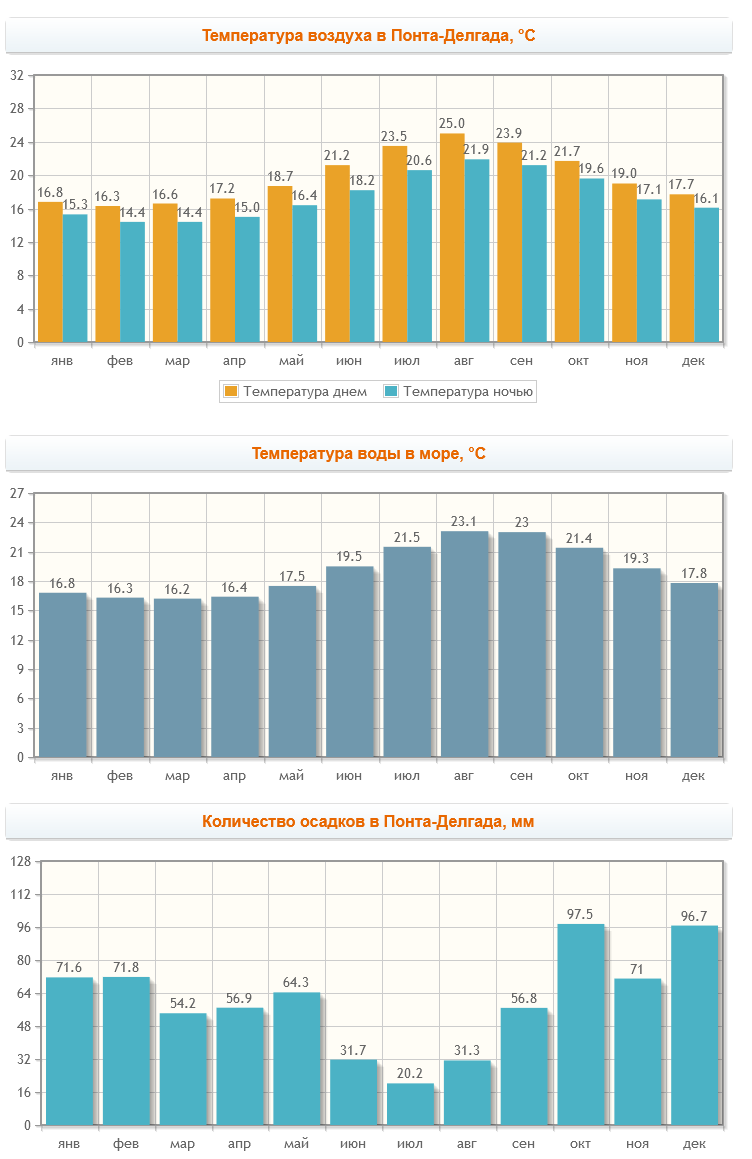 An unusual microclimate is the island of Santa Maria: on the airport side it rains rarely, in other areas it rains often. The Azores are subject to frequent storms, with the westernmost islands experiencing drastic weather changes several times a day. The main attraction of the Azores – the whales come in May and June, during this time it is usually sunny and warm.

The four islands of the archipelago are renowned for their comfortable temperate subtropical climate: the air is warmed by warm air masses from Africa and humidified by the Atlantic. The average annual temperature variation is ± 8º: from +15ºC in winter to +23ºC in summer. 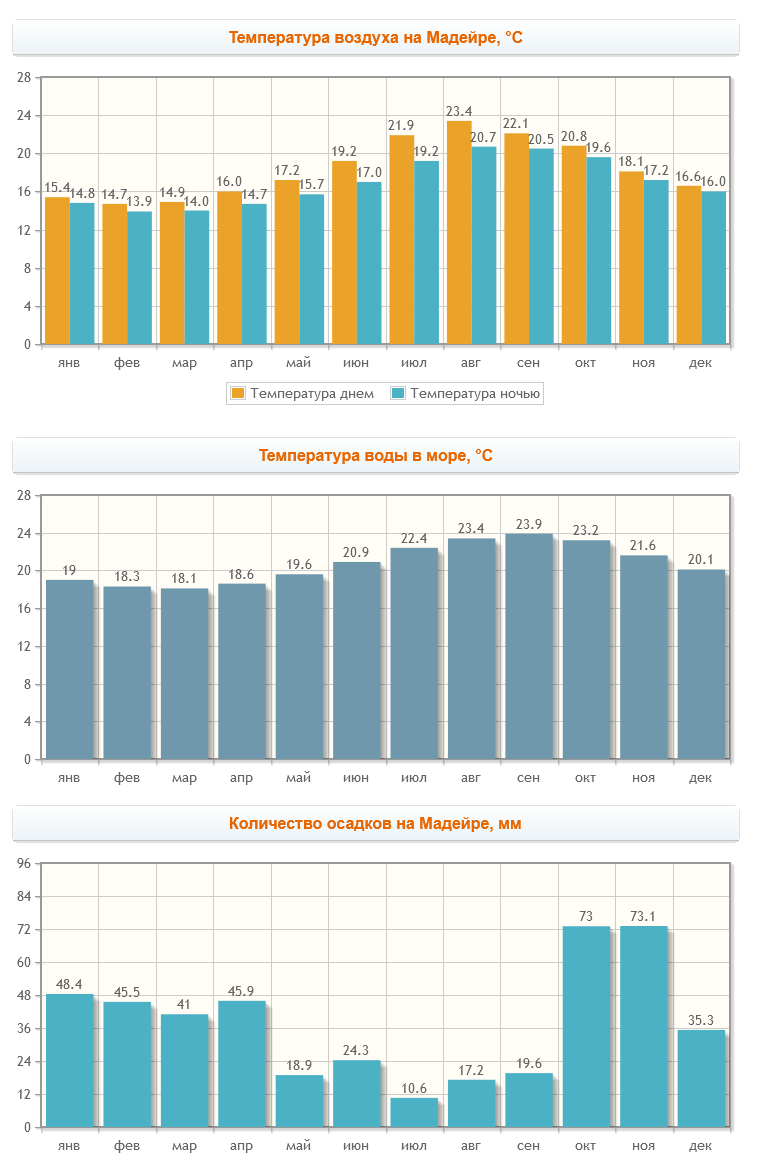 The climate varies greatly in different parts of the Madeira archipelago, depending on the currents, winds and terrain. Meteorologists count up to 20 microclimates: while the sun shines in Funchal, it can be cold and rainy in the mountains.

READ
Banff is a town in the province of Alberta

According to the World Bank, the planet has warmed by 0.3ºC every decade since the third quarter of the 20th century. Climate zones automatically shift and the level of the world’s oceans rises. The World Bank Climate Change Group publishes up-to-date data on the climatic state of Portugal. According to the Köppen-Geiger classification, the country has a temperate and dry climate.

According to McKinsey report The amount of precipitation in the south of Europe will decrease by 10% by 2030 and by 30% by 2050. It will have a negative impact on the development of winemaking and vegetable growing. The tourist season is getting longer, which is good news for a region with a share of tourism 19,8% OF GDP. The proximity of the ocean means that Portugal will be less affected by global warming than Spain, Greece and Turkey: the number of projected increase in hot days is comparable to the French Riviera. 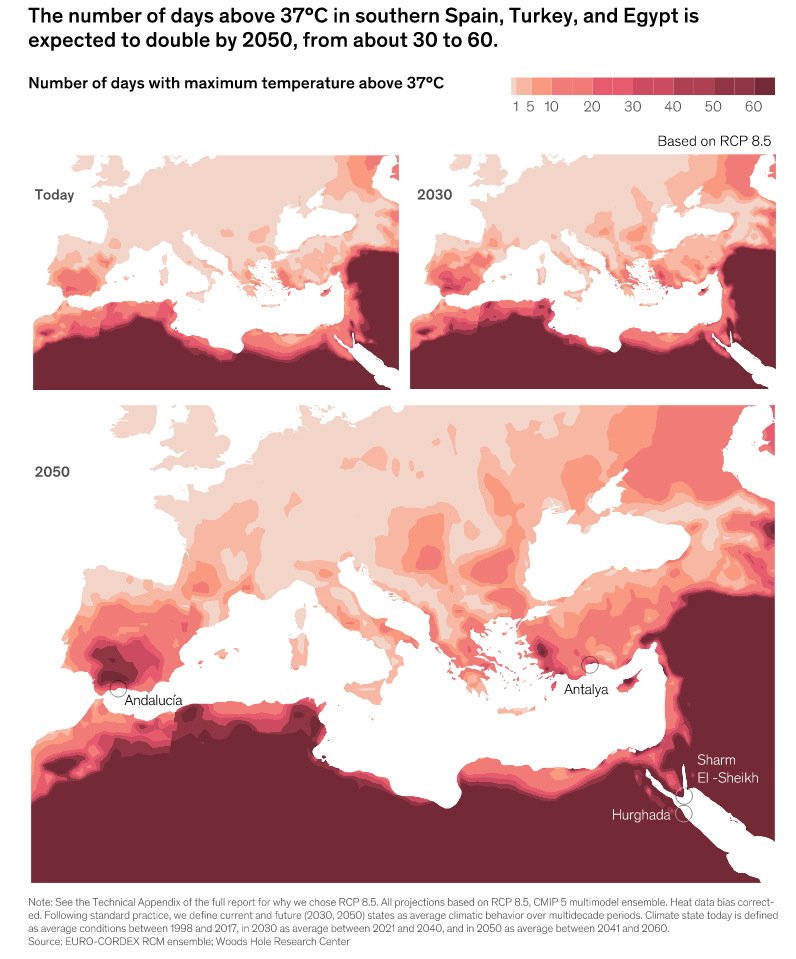 Portugal joined the 2015 Paris Climate Agreement with the goal of keeping global temperatures within +2º compared to the pre-industrial era. Businesses are minimizing their CO2 emissions and gradually switching to green energy.

Doctors do not recommend Northern Europeans and Northern Russia to change the climate dramatically. Start your acclimatization to Europe from Grand Porto and the northeast of the country, and in 2-3 years you can safely move to the south. Expats from Southeast Europe will appreciate the comfortable climate of Lisbon, the Algarve and Madeira.

Weather is your well-being, it affects your lifestyle, activities, leisure activities and quality of life in general. During the search for accommodation in Portugal for immigrants we take into account the climatic differences of the regions, the microclimate of individual areas and territories.