Which is better, Phuket or Krabi (comparison, reviews)

Each of us, deciding to go to vacation in Thailand, we wonder where to go on vacation and what resort to choose. Often tourists are choosing between the beaches of Krabi province and the island of Phuket. To say unequivocally where it is better to stay is impossible, since each resort has its own advantages and disadvantages. For example, Phuket is an island, while Krabi – the mainland province of Thailand and several thousand small coastal islands.

If you do not know what to choose for a youth hangout, it is better to go to Phuket, because there is a more developed infrastructure, while Krabi is still developing in the resort direction and can not offer a wide variety of entertainment. The provincial government in recent years have invested more and more money in the development of tourism, so in the near future the beaches of Krabi will be able to compete with Phuket in all directions.

Features of the location of resorts

If you choose a resort based on the location on the map, the province of Krabi and Phuket Island are located in the southern part of the country, about 150 kilometers from each other (about 3.5 hours).

Both resorts are washed by the same Andaman Sea. As for the climate, it is very similar in these places and tourists will not notice any differences. For example, the hot tourist season here is the same: from the second half of October to mid-April.

Phuket is not the biggest island. It is about 50 kilometers long and about 20 kilometers wide. In Phuket, you have no problem picking a suitable beach area, as there are more than two dozen. Each beach has a good selection of hotels and infrastructure. Phuket has its own international airport, so going here on vacation, you will not spend a lot of time traveling around the country. Very convenient that from Phuket to the mainland can be reached not only by sea or air, but by road through the bridge connecting the island to the mainland.

Krabi is not an island, but an entire province in Thailand, consisting of the mainland and several thousand small island formations. Province of Krabi is not so long ago began to receive foreign tourists on their land, so there are not as many resort towns along the coast as Phuket has to offer. The most visited and at the same time the largest resort is considered Ao Nang. There are also a few smaller communities that foreigners like to visit – Klong Muang and Tub Kaek.

How to get to the resorts?

Phuket may be more convenient to fly to, as there are good flight connections from most major cities in our country. You can choose either a direct flight or a connecting flight. The latter will cost a little cheaper, but will take longer.

Krabi Airport does not accept international flights from Russia. You can get here only with connections. You can choose a trip with two planes (UAE and Bangkok) or you can take a direct flight to Bangkok, and then organize your trip around the country (plane, car, cab, bus or train).

If you do not know which resort you prefer, you can try to analyze the environment and then decide whether to choose the island or the mainland.

Phuket, despite its rather modest size, is amazing with its landscapes and natural beauty. If you want a lot, you can explore the entire island for 2-3 weeks. Here you will find luxury snow-white beaches, waterfalls, mangroves, demonstrating the wild nature of Thailand, the Buddhist temple complexes and viewing platforms, statues and beautiful architecture. Not far from Phuket there are about a dozen island formations, which are well established tour traffic, so if you have time we recommend you visit them.

In turn, the province of Krabi offers travelers the most beautiful karst mountains, rock formations, numerous caves, bays, wildlife of small islands and wide beach lines with a small number of tourists. If you stay at the resort of Ao Nang, there are many things to see in its vicinity: hot springs, Emerald and Blue Lakes, as well as an observation deck on the high Tiger Mountain, where you can see almost the entire province.

Phuket can offer vacationers a large selection of beach areas, among which you can easily choose the one that is better for you. Very convenient is that to move between the beaches is quite convenient as by public transport and a rented bike. The island offers tourists a noisy beaches, where around the clock does not cease dancing music, and vacationers do not go to bed, and quiet secluded beach areas where you can relax from the outside world and do scuba diving. True, still most of the beaches are crowded and noisy.

On the beaches of Krabi all is different. First, there are not so many of them. The most popular are Tub Kaek and Klong Muang. City beach in the town of Ao Nang is very crowded, noisy and not clean, so not everyone, especially if he had seen a fabulous beach area with postcards, will want to relax here. Secondly, most of the good and secluded beach areas are on small island formations or in remote parts of the mainland, which can only be accessed by rented boats.

Do not compare Phuket prices with the capital Krabi-town, as in this case the latter leads by a wide margin. True, the provincial capital is not a resort town on the sea, so lovers of recreation by the sea coast is not suitable, because it is about half an hour drive from here to the coast.

As for the prices of food and menu items in bars and restaurants, Krabi can offer a more humane price tag on almost everything that is on sale. Moreover, Thais on the mainland are more positive and friendly to foreign holidaymakers and more willing to make a discount.

You should choose Phuket if you can not live without the nightclubs, bars and restaurants. This island is considered the most party place in Thailand, as it is on its beaches are the most large-scale and vibrant parties for young people. In addition, in Phuket you can have a great time with the kids, because it has its own zoo, water park, as well as an aquarium and farms, where they grow elephants and crocodiles. Also be sure to visit the Kingdom of Tigers, orchid and butterfly garden, the bird house, and many observation sites on the island.

Among the water activities in Phuket leading diving and snorkeling, much attention is paid to kayaking.

Krabi will not be able to offer you such a large number of night and evening entertainment, as well as the scope and level of entertainment. It is better to go here for those who prefer a quiet and measured rest and travel in natural beauty, as in Krabi more attention is paid to guided tours of the province and the surrounding islands.

Among the active entertainment here is the most developed rock climbing and kayaking.

As for sightseeing programs, they are largely similar to those in Krabi and Phuket.

Where to spend the winter and what to choose for a short vacation?

If you are still undecided after reading this article, where do you want to go, we recommend you to visit both places, especially since they are located fairly close to each other.

You should go to Phuket if:

– Love to party in nightclubs;

READ
12 places for people who like to have fun

– In financial terms you do not have constraints and want to see the real Thailand: spectacular show programs, tours, zoos, water parks, etc.;

– You have Thai shopping in your plans;

– Planning to winter in Thailand with children, so you need a kindergarten or school international level.

Krabi suits you if:

– you plan to vacation as a family in a quiet, peaceful place;

– you like the daily walks by the sea to the remote good beaches;

– you intend to spend the winter in Thailand, but your budget is not high and is limited to a maximum of $ 1,500 per month;

– your passion is rock climbing and you want to master the skill of climbing mountains and rocks;

Which is better Krabi or Phuket 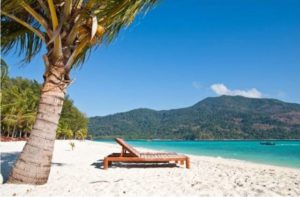 You are faced with the question of which of the two resorts, Krabi or Phuket, to choose for your vacation! Answer it with 100% confidence is almost impossible, because they say “as many people, as many opinions. Each of the resorts is located in the southern part of Thailand, and thus has certain similarities and differences between them. In this article we will try to figure out what resort should give preference to you, and what the pros and cons of each of them has.

As the largest island in the Kingdom of Thailand, Phuket annually receives hundreds of thousands of vacationers. It is washed on all sides by the waters of the Andaman Sea and in popularity is not inferior to Pattaya. The length of the island from north to south is 48 kilometers, from west to east – 21. And with all this he provides excellent conditions for recreation for all categories of tourists.

Among the main advantages of visiting this corner of paradise on Earth is worth noting: 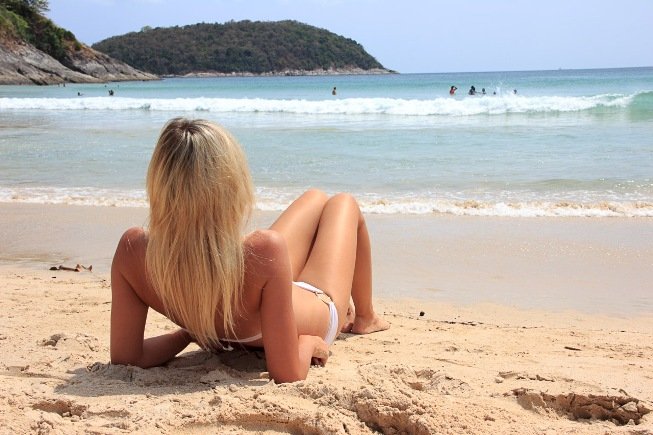 Given that Phuket is still an island, there are several disadvantages to visiting Phuket:

Krabi province is located 3-4 hours drive from Phuket. It is also rich in natural potential, and recreation can be very diverse in nature.

Among the pluses are:

READ
Solomon Islands - a place with many shipwrecks 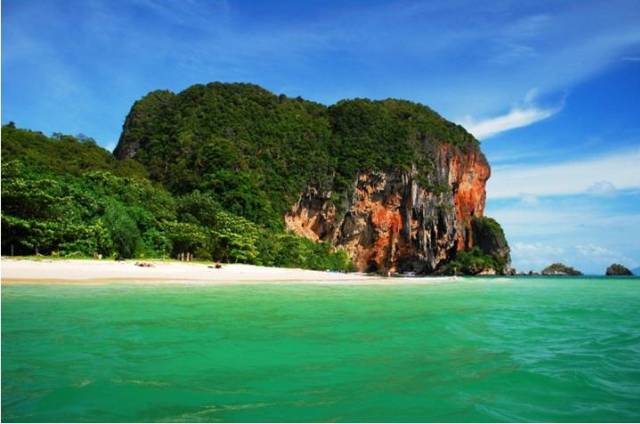 When planning a trip to Krabi, pay attention to the following points, which may cause some discomfort:

What resort is better to choose?

If you analyze all of the above information, it is undoubtedly possible to note that a vacation in Krabi is more associated with nature, while Phuket can surprise you with its contrast. In addition to the beautiful beaches in Phuket, there are many natural monuments, religious sites, national villages and themed shows. The range of things to do on the island is so wide that even experienced travelers may need time to organize their leisure time.

Both Krabi and Phuket have a clear division into two seasons. Between October and May the number of tourists increases by an order of magnitude, but the rest of the time the sea waves can appear, which brings a lot of discomfort. Therefore, during the rainy season is better to go to the east coast of Thailand: Pattaya, Samui, Phangan, Hua Hin.

Among the advantages of Phuket is also worth noting the presence of the airport, which is more important than in Krabi. The main part of the flights are taken just on the island, and then on land transport tourists get to their hotels, including in neighboring provinces.

Each of the resorts we met deserves attention. If you are going to visit Thailand more than once, try to visit both Phuket and Krabi. The southern part of the country is rightly considered one of the most beautiful, as evidenced by the rich natural potential of the regions.