The Phi Phi Islands are famous for their scenery, azure water and the amazing Maya Bay from the movie “The Beach” with Leonardo DiCaprio. But come there for a long time there is no reason – you can get bored. But for a day – it’s just right! So we did, and returned from the island of Phi Phi Don in sheer delight. After all, all the most interesting that the island of Phi Phi Phi offers, you can take from it for 24 hours. Well, almost everything)

So, what to see and do on Phi Phi Don Island in Thailand? Telling and showing!

Phi Phi Don: A place you want to come back to

There aren’t many places on the world map that you’d love to visit again and again. And the island of Phi Phi in Thailand is one of those places! The first time we were here during the honeymoon in 2012, after which we firmly decided to move to Thailand. So you can understand how nice it was for us to come back here and walk around familiar places…

And we also really wanted to get to know the beautiful island of Phi Phi. After all, back then, in 2012, we went there on a tour from Phuket. The guide generously gave us an hour to walk, so we only had time to walk along the noisy pier and could not properly appreciate all the charm of Phi Phi Don. 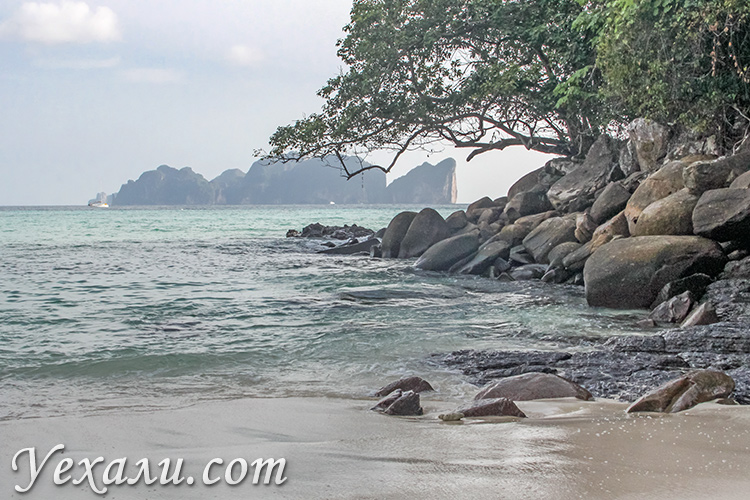 Things to do on Phi Phi Don in Thailand: Long Beach has a beautiful view of Phi Phi Lei, and you can snorkel near these rocks.

Tips: What to see and do on Phi Phi

This time we came to Phi Phi Island as independent travelers, having rented a hotel for one night. We spent exactly a day on Phi Phi Phi Island – yes, not much, but enough for us to see the main sights. All the same, Phi Phi Don – though beautiful, but still a small island. In addition, we knew in advance what to do on Phi Phi Phi, and during this time had time to do all the most important!

1 – Swim on the beautiful beaches of Phi Phi Don

The most popular beaches on Phi Phi Don Island are Long Beach, Loh Moo Dee Beach, Loh Ba Kao Bay, Monkey Beach. You can easily find them on maps of Phi Phi Don, which are distributed in many travel agencies.

By the way, on many beaches of Phi Phi Don you can snorkel. Do not forget it at the hotel! 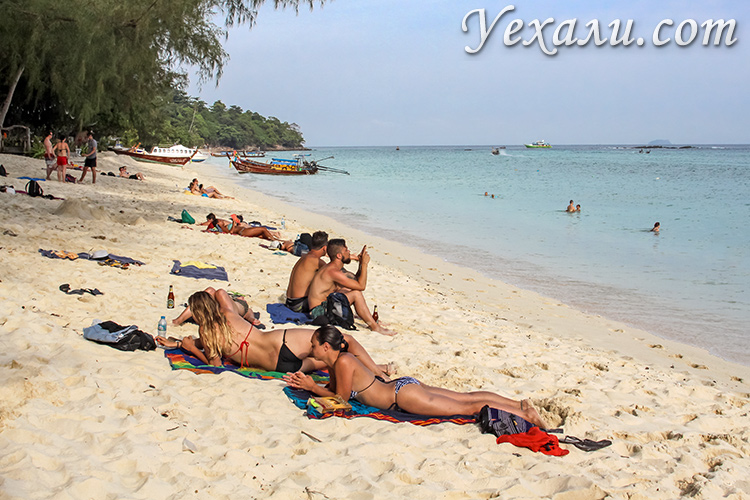 What to see in Phi Phi Don on your own: Long Beach, the most popular beach on the island. Isn’t this what you imagined a tropical paradise would look like?

2. Climb to the observation deck and take panoramic photos of Phi Phi Phi

Getting to the viewpoint on Phi Phi Don Island is very easy: there are signs on many streets that will not let you pass by. It is also marked on almost all maps of Phi Phi Don. As with any observation point, it is better to climb here at sunset, that is, from 17:00 to 19:00. 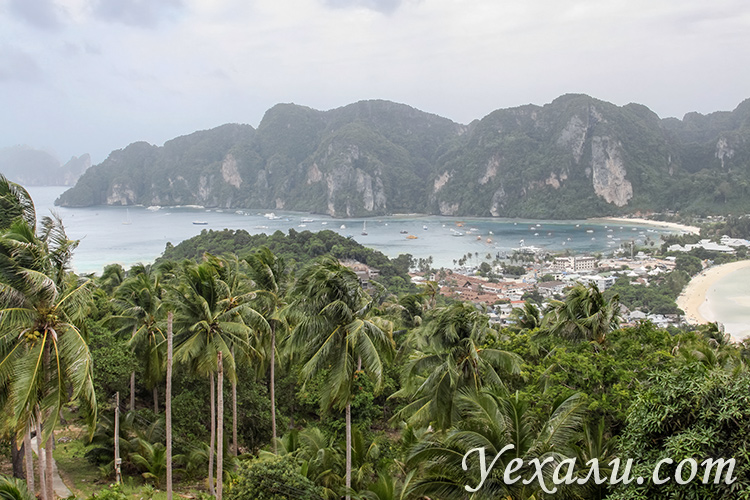 What to do on Phi Phi Don in the evening? Near sunset you can get a good view of not only the whole of Phi Phi Don but also the famous uninhabited island of Phi Phi Lei.

3. Take a trip to the legendary island of Phi Phi Lei.

Yes, yes, this is the island of Phi Phi Lei with the amazingly beautiful Bay of Maya Bay, where the film “The Beach” with a young and sweet Leonardo DiCaprio (who would have thought then that he would learn to act in films and grow up to the stunning slave driver of Tarantino’s “Django”!)

In summer, when it’s “low season” in Thailand. , an excursion from Phi Phi Don to the island of Phi Phi Lei is 350-400 baht. In winter, probably more expensive. Excursion with bathing on the legendary beach of Maya Bay, snorkeling and a visit to the Viking Cave takes half a day. On Phi Phi Lei is better to arrive early in the morning, while the water there is clean, the beach is half-empty and the beautiful scenery is not overshadowed by the boats with tourists from Phuket. 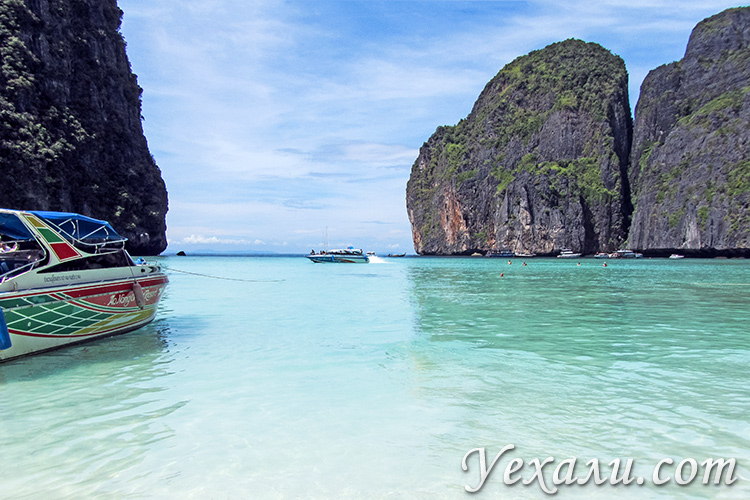 What to do on Phi Phi Lei: Maya Bay, where DiCaprio’s character shouted “I’m in paradise!” Millions of tourists have rushed to Thailand at this cry.

Where to stay in Phi Phi

Despite the modest size of the island, hotels on Phi Phi Don more than a hundred. Prices, as always on the islands, are higher than the average in Thailand. Here are a few hotels on Phi Phi Phi that we picked for ourselves on Bookings and can recommend.

READ
Hameln in the light of stories about the Pied Piper, Germany

That’s pretty much all there is to see and do on Phi Phi Don, if you go for a day trip. See you on the roads of Thailand, dear readers, and do not forget to subscribe to new articles on our website! 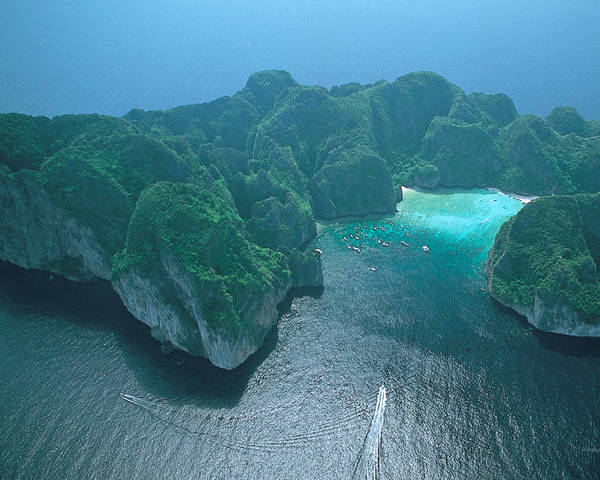 Phi Phi is one of the most discussed and famous places in Southeast Asia. Because of its incredible beauty, Phi Phi Phi has stayed firmly in the lists of tourist destinations in recent years. The beauty of the island is unparalleled, even among the nearby islands of stunning scenery. Limestone cliffs, turquoise waters, white sand beaches, and miles of impenetrable forest have made Phi Phi the perfect tropical island, the one many people dream about in stuffy offices.

The events of the last 20 years, however, have made Phi Phi the subject of serious controversy. Those who wanted to preserve its naturalness bumped heads with those who wanted to make the island a world-class vacation destination, and, accordingly, to make a handsome profit from it.

To understand the reason for the controversy, imagine what the island was like more than two decades ago, when it was first “discovered” by enterprising tourists looking for Eden on earth.Read completely

How much does a vacation cost?

The islands of Phi Phi are in the Andaman Sea and consist of two islands, Phi Phi Don and Phi Phi Lei. Only the first one is inhabited.

The climate in this region of Krabi province depends on seasonal changes in air currents over the sea. Conventionally, the year on the islands can be divided into three seasons: 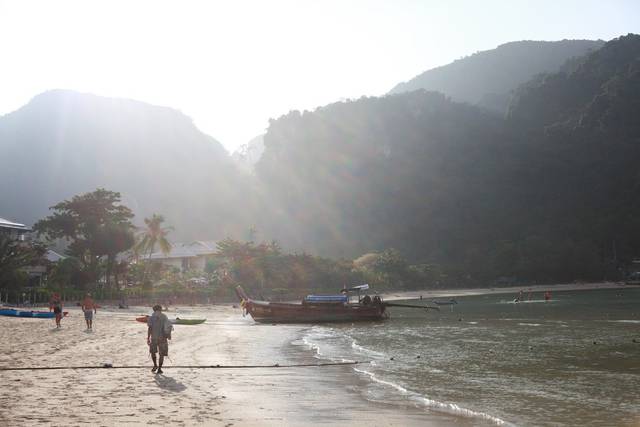 – Winter (from late November to early March). The coldest and most comfortable period for recreation. The nature and the sea at this time are the most beautiful. At this time, there are the highest prices for hotels, and the room should be booked 4-5 months before the holiday. The number of hotels on the island is very limited, especially when it comes to hotels that offer the best price-quality ratio. During this period, the cost of a good double room for 7 nights ranges from $300 to $800. There are cheaper, but the location of bungalows and room conditions leave much to be desired.

– Summer (March – early June). The hottest months. Temperatures reach +35 degrees and above, it can be very stuffy. Despite the worsening weather, hotel prices decrease slightly, by 10-15%.

– Monsoon season (June to November). Incredibly hot and humid season. This is when the Andaman Sea and the west coast of Indochina receives the most moisture, there are often tropical showers with gale force winds. Incredibly beautiful and crystal clear sea around the islands during this time is often stormy, the water is turbid, and the sky most of the time walking clouds. During the monsoon season, the resort of Phi Phi.

When is the best time to rest on Phi Phi?

The climate on the west coast of Thailand and the islands, located a few dozen kilometers from the coast, is favorable for winter holidays. When in mid-latitudes it is cold and snowy, on the Andaman Sea coast there is a calm surface of turquoise water and bright sunshine.

Phi Phi Islands year can be divided into three seasons, each with very characteristic features:

1. From May to October in this region is the rainy season. How the weather during this period is not suitable for recreation? It’s up to anyone. I once got to the islands in July. It was my first visit to the archipelago, my delight had no limits! Miniature islands with incredibly picturesque steep cliffs, limestone formations in the form of sugar-heads, covered with green. That is how they appeared to me for the first time:) The cost in most hotels is very low. A night in a bungalow by the sea (on the east coast of Phi Phi Don) only cost $10! However, in terms of entertainment, entertainment and general environment in the islands in the rainy season, there are many drawbacks:

– It rains if not every day, then every other day. The rest of the time there may be small drizzles.

– Due to high temperatures and excessive moisture, the air on the islands is “wet”. Even if it is not raining, clothes become wet in 10-15 minutes. My camera and camera had a hard time in such a climate, bags and film helped.

Where to stay in Phi Phi?

Despite the small size of the island, its elongated shape, the presence of several bays, rocky shores and mountains in the center of the island make the choice of a hotel for people who have not been to Phi Phi Islands before very difficult.

On the choice of a hotel, in addition to its “stars” and level of service here are influenced by several factors that must be paid attention to:

1. Remoteness from the village, which is located on the isthmus between the two parts of the island. It is in the village where you will find a lot of entertainment, restaurants, shops and stores. The island has areas that are a few kilometers away from the village. The paths to the village are mountain paths with sharp ups and downs, to pass on this at least once a day, a child or an elderly person is not easy. From all hotels to the village can sail to the boat, but here waiting for tourists a few surprises: Daytime fare one way for one costs 100 baht, after sundown, this amount may rise to 200-500 baht, it all depends on the insolence of the driver. 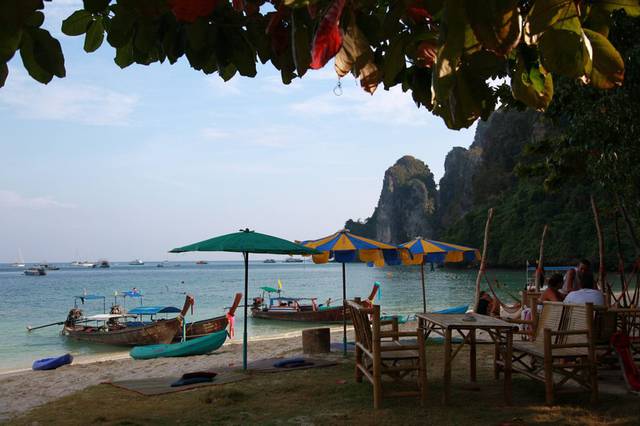 2. proximity to the beaches . As strange as this phrase may sound for the paradise island of Phi Phi, but not all of its coastline is suitable for swimming. For example, in the village there are 2 beaches, the bay of Ton Sai and the bay of Loh Dalam. The first is a port, and the second during the day very strong tides. The shallow bottom of the bay in some places is completely denuded, to the normal depth have to go more than a dozen meters. In addition to these beaches on the island there are two more large beaches, Long.

What to see on Phi Phi? 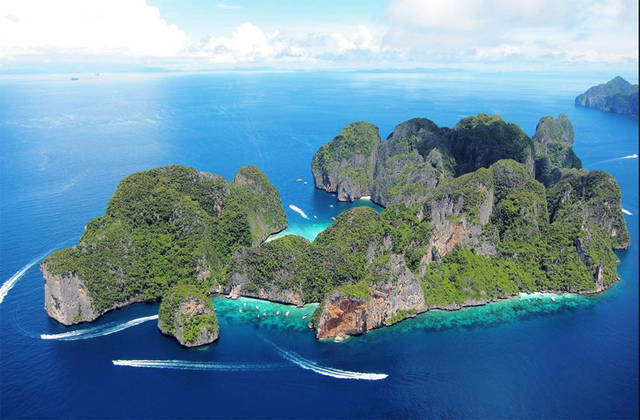 The Philip Island is an archipelago between the mainland and Phuket. It’s part of Krabi.