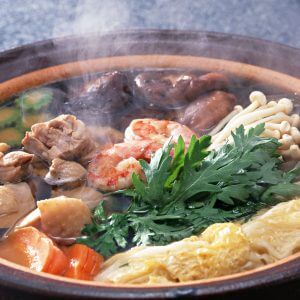 The influence of the Ottoman Empire is quite obvious when looking at the basics of Bulgarian cuisine in detail. Even today, when so much time has passed since the liberation of Bulgaria from the yoke of the Ottoman yoke, the established culinary traditions are very difficult to overstep. And very few people try to do this, because the modern Bulgarian cuisine is beloved by peoples of different countries for its variety, bright flavors and ease of preparation.

As early as the 2nd-1st millennium B.C. some products peculiar to the peoples of the territory where present-day Bulgaria is located are evidenced. The agricultural-herding activities of the Thracians who lived on these lands helped grow wheat, barley, many of today’s known fruits and vegetables, and grapes. The local people knew how to breed sheep and horses. The Thracians used all these products in cooking and learned to mix them in order to obtain different dishes from the same ingredients.

The influence of the Ottoman Empire was the longest on the modern Bulgarian cuisine. As a result of this influence a peculiar mix of Balkan and Oriental world culinary traditions was formed where the dishes with Turkish, Armenian, Arabic, Greek roots prevailed.

The dishes of Bulgarian cuisine of those times are still in demand among the local population of Bulgaria and among tourists from around the world.

Peculiarities and properties of Bulgarian cuisine

Among the main features of Bulgarian cuisine recipes should be called the abundance of vegetables used in the menu. Techniques of cooking vegetables in Bulgaria are used in any way – from eating raw fruit to boiling, stewing, frying and stuffing. Vegetables are eaten as main and supplementary dishes, as appetizers, side dishes, and even desserts. Bulgaria is famous around the world as the main country of vegetables – here prefer to eat potatoes, carrots, onions, cucumbers, eggplant, tomatoes, peppers and cabbage in every possible way. Sometimes Bulgarian recipes can do wonders with simple vegetables and tasters can hardly distinguish in the finished culinary masterpiece eggplant from chicken meat, for example. 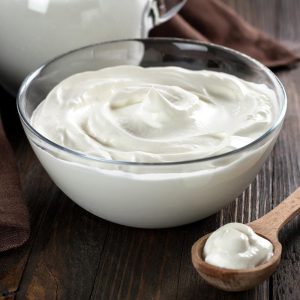 Bulgaria is also a country where dairy products are very popular. Everyone’s favorite yogurt was invented in Bulgaria. Every Bulgarian village has its own way of how to make real yogurt properly and deliciously. These recipes do not repeat themselves, so the variety of real yogurt in the Bulgarian menu is very wide. Breakfasts of real Bulgarians very often consist of bryndza, yogurt and vegetables, which makes the daily menu nourishing and very healthy. As a dressing for the famous Bulgarian soup Tarator, locals also use sour milk. In general, sour milk base of various dishes is a distinctive feature of a lot of the menu of Bulgarian cuisine.

Unlike many of their European neighbors, Bulgarians do not make a cult of meat products. There is quite a lot of them in the classic Bulgarian menu, but all of them are rather festive dishes, not intended for everyday consumption. In addition, Bulgarian cuisine rarely accepts semi-cooked foods – here, most often, dishes are cooked for a very long time, simmering over low heat. Half-cooked steaks are definitely not a dish on the menu of Bulgarian restaurants.

In all their classic dishes Bulgarians make sure to serve them properly from their point of view – all food here is usually flavored with fresh or canned herbs, a large bouquet of spices, spices. Without sweet-scented or red pepper, bay leaf, mint, garlic or parsley it is hard to imagine at least one classic Bulgarian national dish.

From a medical point of view, the properties of the national Bulgarian cuisine are very beneficial for the human body. Abundance of vegetable and fermented dishes, and also wide use of red wine let doctors fix the average life expectancy of Bulgarians at the level of 74.5 years.

The peculiarities of the Bulgarian national cuisine assume division of all culinary dishes into first, second and salads. As the first are quite popular soups of Bulgarian cuisine. Among the most famous Bulgarian soups are tarator and chorba, known and loved by gourmets around the world.

READ
Seychelles: Where are they, and what are the most beautiful?

Bulgarian soup with cucumber – tarator – is popular because of its refreshing, refreshing properties. This soup is most often eaten in extreme heat to cool down a bit and quench both hunger and thirst. Tarator, like most cold soups, is low-calorie, tasty and very healthy, in addition, it is very easy to prepare and at home. 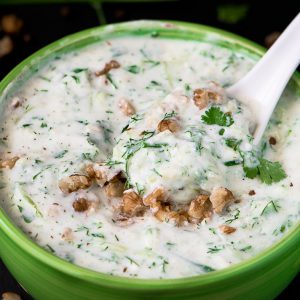 To prepare tarator you need:

Preparing the tarator, consider one Balkan trick – to use garlic in local dishes, it is grinded manually in a mortar together with sea salt. In this way, the garlic imparts its aroma and pungency to the ready dish better.

The cucumber is peeled and finely chopped. The fresh dill is cut in the same way, but the walnut kernels should be cut in a larger size – this will give the dish a peculiar taste and flavor. Then, the garlic, dill, cucumber and nuts, prepared with sea salt, are combined in a container, poured with vegetable oil and left to insist for a quarter of an hour. Sometimes it is necessary to stir the ingredients. Then you need to whip with a whisk the yogurt and add it to the other ingredients, pour in cold water and mix everything thoroughly. Tarator is ready, but it still needs to be well chilled in the refrigerator.

In this classic recipe, you can also add any herbs to taste, lemon juice to enhance the flavors, sour cream, croutons or breadcrumbs, and black pepper or ice.

The opposite of cold tarator in Bulgarian national cuisine is Shkembe chorba soup. This dish has warming properties, which is why it is so popular in frosty winters, in addition, chorba is an excellent hangover cure and just a very tasty and unusual dish.

There are many recipes for Shkembe chorba and they are all good in their own way. Real Bulgarian cooks assure that the preparation of this dish requires the chef to invest a piece of his soul, only then it always turns out incredibly delicious.

To prepare chorba with sour milk you need to have the following products: 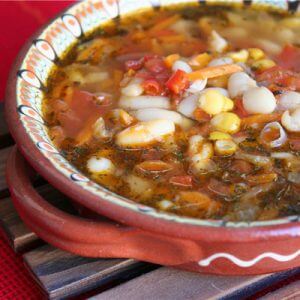 Cod, stomachs or rumen must necessarily be washed and cleaned, pour water, bring to a boil and simmer over low heat for about a quarter of an hour. After that, the first broth should be drained, pour the meat products again with water and boil them until fully cooked without the use of salt. The finished rumen should definitely become soft, it should not resemble rubber when chewed. The product should be taken out of the broth and finely chopped.

The eggs should be beaten in a deep container. In a pan, flour is fried until golden and added to the whipped eggs. Then, sour milk or yogurt is also introduced there, and the entire mass is thoroughly stirred. After that, slowly, constantly stirring, pour about half of the boiling broth, in which the meat products were boiled, into the sour-milk mixture. Well mixed soup is poured back into the pot, chopped rumen or stomach is added, the dish is salted and brought to a boil. After boiling, the soup is simmered for about 5 minutes, then removed from the heat. Fresh garlic, mashed to a pulp, is added.

Butter is heated in a pan, in which a teaspoon of paprika should be fried. Ready paprika is introduced into the chorba and thoroughly stirred. But the dishes of Bulgarian cuisine, whose recipes are becoming popular all over the world, most often involve a variability of serving. That is why almost any food in this country is served with many additions – sauces, croutons, chopped herbs and other additives to taste. Chorbe is traditionally served in a separate bowl with crushed garlic and vinegar. Guests add such a supplement to the soup at their discretion, but chefs highly recommend trying this combination. Chorba is served to the table very hot, scalding – only in this case you can taste all the facets of taste of this incredible soup.

READ
What to see in Loire, France

Bulgarian salads are the second group of dishes that are popular all over the world because of the simplicity of the ingredients and preparation. All Bulgarian salads are full of vegetables, herbs and spices, and olive oil is most often used as a dressing. That is why Bulgarian salads are very healthy and never get bored, they can easily be combined with any side dishes and meat dishes.

One of the most delicious in Bulgaria is potato salad. It requires 5 potatoes, 15 olives, onions, parsley and dill, olive oil, vinegar, salt and pepper. The potatoes are boiled in jacket, then peeled and diced. Onions, parsley and dill are finely chopped and olives are cut in half, and all this is added to the potatoes. The salad is mixed well and dressed with olive oil, splashed with vinegar, salted and peppered to taste. Such a salad would be an excellent accompaniment to lamb, oven-baked meat and other second hot dishes.

For an unusual salad with ham cooks Bulgarian cuisine use 200 grams of ham, half a can of canned corn, 2 carrots, 2 cucumbers, 2 tomatoes, 200 grams of cabbage, 1 egg, 150 grams of cheese, herbs and mayonnaise. Preparing it, in a deep salad bowl you need to lay out the diced ham and smear a thin layer of mayonnaise.

Then the coarsely grated carrot and thinly sliced cabbage are put on the ham and a thin layer of mayonnaise is put on top. The third layer is made of sliced cucumbers and tomatoes with mayonnaise, the fourth – of sweet corn and chopped greens, which should also be slightly sprinkled with mayonnaise. The last layer is grated hard cheese, eggs and mayonnaise.

The salad is very delicious and incredibly filling, so it is often served as a separate second course, complementing the croutons or buns.

For lovers of seafood and unusual combinations of ingredients, masters of Bulgarian cuisine often prepare the national salad with shrimp.

Shrimp are boiled in salted water and peeled, crab sticks and tomatoes are diced. Salad leaves and parsley are finely chopped and poured into a bowl. The brynza should be cut into large cubes so that the cheese does not crumble and has a shape in the finished dish. Shrimp, tomatoes, crab sticks, whole olives and brynza are added to the shredded greens and mixed thoroughly, then dressed with lemon juice, olive oil, sprinkle with salt and pepper.

Shrimp salad should be well chilled before serving. It is combined with white wine, grilled vegetables and pasta.

Bulgarian national cuisine is constantly improving its recipes, making adjustments in the form of changing the proportions and adding new ingredients. But even those dishes that have been cooked identically in Bulgaria for centuries, are still very tasty, healthy and popular among the local population, and among the visiting tourists. The main secret of Bulgarian cooks is the ingredients that are used to make their masterpieces. A true Bulgarian chef will surely choose only ingredients for his meals of which he is absolutely sure in their quality, grown on this land and not stored and transported for a long time. Only in this case, according to Bulgarians, it is possible to get the inimitable taste of favorite dishes and a lot of fans around the world.