How much does a day trip to Sahara cost and what does it include?

The cost of an excursion to the Sahara can be slightly different depending on where you will be vacationing. From Hammamet, Monastir or Sousse it will be a little more expensive than, for example, from Mahdia, but the difference is not too significant. On average, a day tour of the Sahara costs $100-120 for two. The first stop on the way to the desert will be the town of El Djem with its main attraction – the Roman Colosseum, incidentally, it is considered the third largest in the world. There you will be able to wander a bit, looking into the gladiatorial quarters, the pens for the beasts and the battle arena itself. Then you will be taken along the sea to the Berber troglodyte caves in the Matmat area. The place, I must say, is very colorful, but clearly purely touristy, designed purely to make money. It seemed to us that no one really lives there, and the Berbers themselves come there and act out scenes of real life only for the eyes of tourists. Next you will be shown the place where George Lucas filmed his “Star Wars” movie, and then the city of Dooz, the so-called gateway to the Sahara, awaits you. In the desert itself you will be given a chance to ride on camels (although for extra charge), dressed beforehand in national robes and turbans, but the time for this ride is offensive little – just sat on the camel, as soon as it is time to get off. I advise to have a good sleep and rest before the excursion, as it is rather tedious with long journeys, and also take wet wipes, I really missed them on the road, because everywhere is quite dusty and dirty.

I got this tour for about $90. But not a one-day, but for 2 days, with an overnight stay in the Sahara, or rather, on the border of the Sahara, in a small town Duz.

The tour included a visit to the coliseum (amphitheater) of Rome in El Jem, a visit to the caves of troglodytes, overnight stay in a hotel in Doose, a jeep ride on barchans, a visit to a small local market and swimming in the oasis, a visit to the city of Keiruan (where the largest mosque), well, and actually – sightseeing services on the route. But the trips, riding a camel in Duz are paid for separately. In addition, I had to overpay for drinks, because in Tunisia they are sold separately from food and are not included in the tour meals. This, of course, is pure fraud. Therefore, I advise you, if you take the tour, stock up on your drink in advance. But in general, the tour is very informative and interesting.

The cost of the tour is less than $100 per person. You can always haggle and bargain for a discount of 10 dollars or even more. The larger the group of tourists, the cheaper the tour will cost. But the maximum you can get from a one-day tour is a superficial impression of the Sahara and nothing more. Much more popular two-day tours, which cost in the range of $ 150 per person, but gives the opportunity to get acquainted with the desert. It is the most popular tour among tourists, because the route is laid out in such a way that tourists can see not only the desert itself, but also various sights, see the life of the people living there, try the local cuisine.

When you choose a tour you need to pay attention to a number of important points and do not rush to buy the trip at the first agency or the first guide you met. The tour must necessarily include a Star Wars movie set, one part of which was filmed in Tunisia, the amphitheater in El Djem, the oasis of Tozeur, Lake Schott el Jerid, troglodyte dwellings, or at least some of the above listed objects. There are several options for this tour and to make the right choice you must be at least somewhat aware of where you are going and what you can see. Among the proposals of some agencies are such as driving on the dunes in jeeps, swimming in a mountain lake or a ride on the old (now tourist) train “Red Lizard”. Some agencies have excursion offers, which are not for a day or two, but for the whole five days. It is necessary to take a sufficient amount of water and sun protection headgear. Given that the options for excursions can be very many, no one will tell you the specific cost or program of the excursion, even if this person just returned from Tunisia yesterday and visited the Sahara.

Last year in early May we bought a package from the series “Last minute” with accommodation in the hotel “Safira Palms” on the Tunisian island of Djerba. The low price (480 euros per person) allowed us to take advantage of the hotel resident’s offer and go on a very interesting excursion to the Sahara. However, a day trip was less attractive because of the almost equal cost in the proposed to us and the fear that fatigue would not fully enjoy the excursion itself.

Included in the price was a visit to the locations where the Polish suspense thriller “In the Desert and the Jungle” and the “American long-running TV series “Star Wars” were filmed. Here everyone rushed to be photographed against the backdrop of the structures, which in the film represented shots of the hot planet Tatooine: 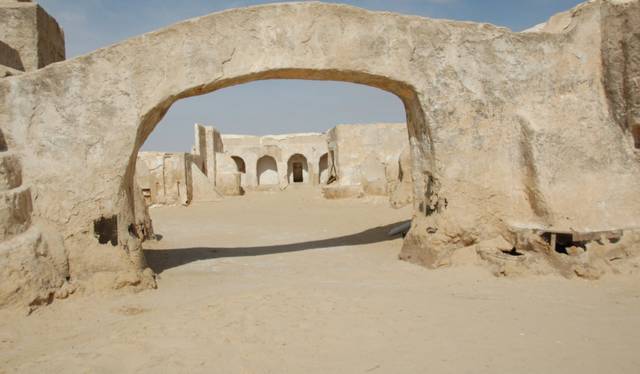 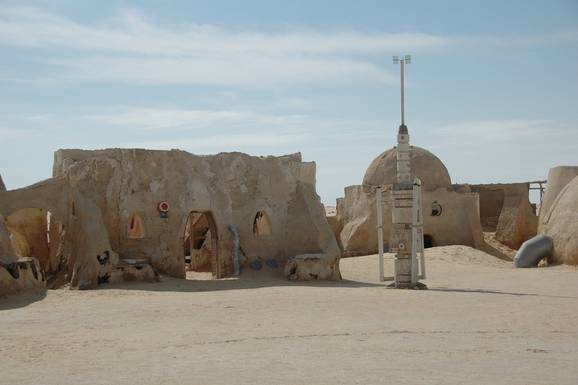 An air-conditioned bus brought us to the oasis, where you could take pictures yourself or take advantage of the guide’s offer and for 15 Tunisian dinars to make a small photo album. 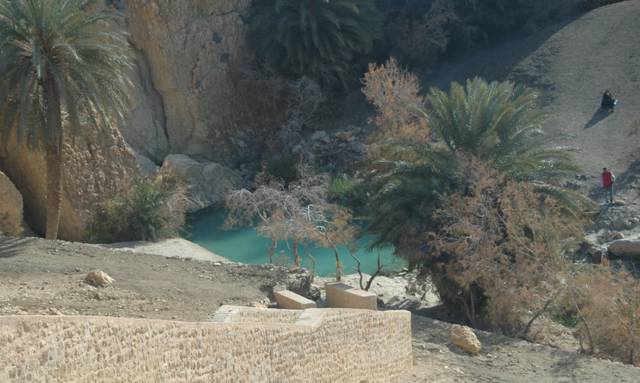 In addition, the tour included overnight accommodations in a 4-star hotel, lunch, dinner and breakfast (lunch was organized in the field at the oasis). We also walked through the souvenir rows.

By the way, not only guests of our hotel could sign up for such a tour. There were also tourists who came on their own.

The cost of such a two-day tour, which will leave a pleasant memory, not just fatigue, – 200 Tunisian dinars, which at the rate of 93 euros. It includes care of Russian-speaking guide, travel by bus and boat, three meals a day, overnight stay at the hotel, mineral water and juices – in unlimited quantities.

We were satisfied, and therefore I can tell you that it is better not to buy a short one-day tour, and take our example:)

Tunisia, a day trip to the Sahara – review 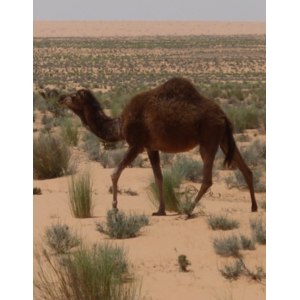 We were in Tunisia in May 2017. When we were choosing excursions, we were highly advised to visit the Sahara, it cost $55 per person, $110 for two. We took the tour not through a tour operator, so there were 5 people on the tour, not counting the driver and tour guide.

READ
Why is gastronomic tourism so popular lately? 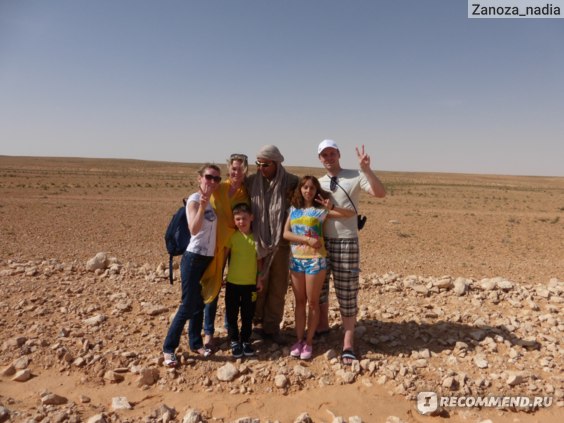 We got up at 5 am to have time to eat and get ready, at 6 am we were already in the car. It was a Land Cruiser. 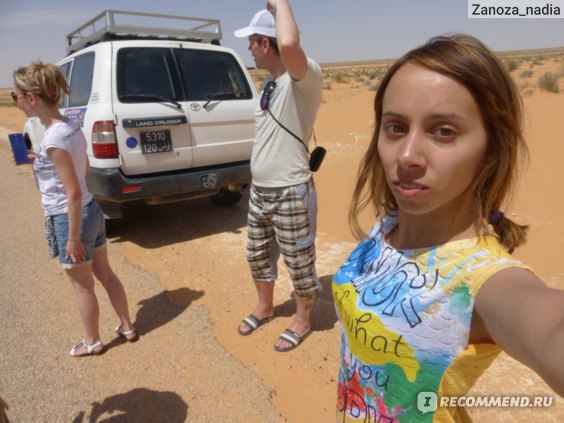 We drove to the mainland, stopping at a local cafe on the way, tasting the coffee that the natives drink and a pie called “gazelle horns”. 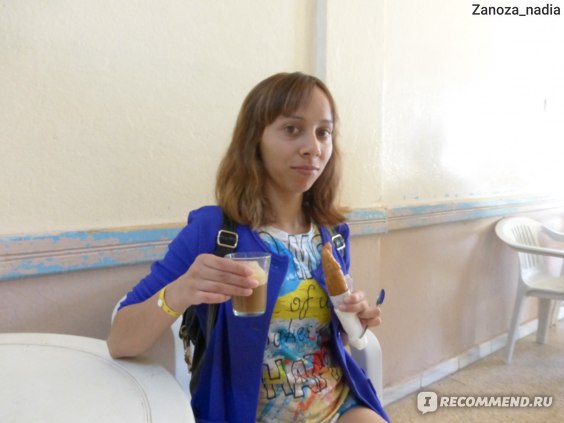 . We drove past the locals who live right in the caves, they are called troglodytes. The drive took about three hours one way.

First we arrived at the oasis. 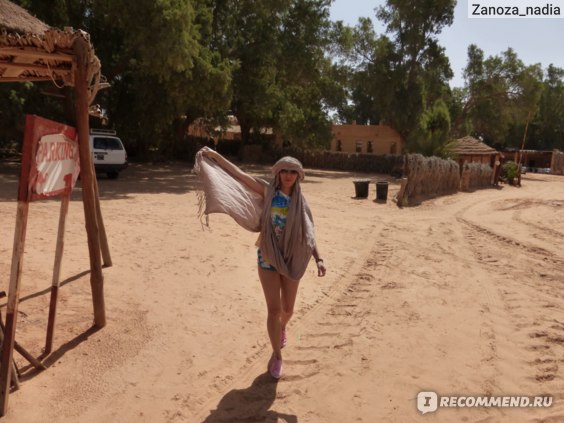 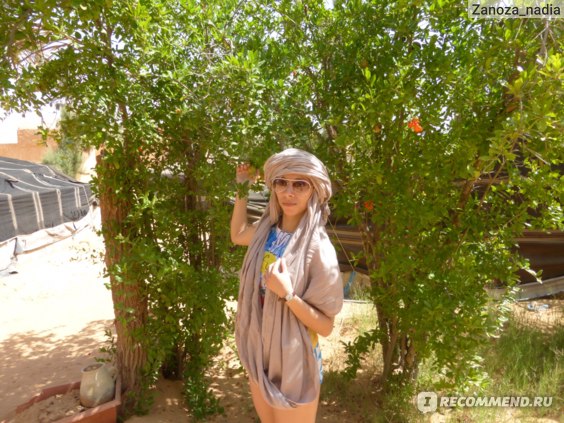 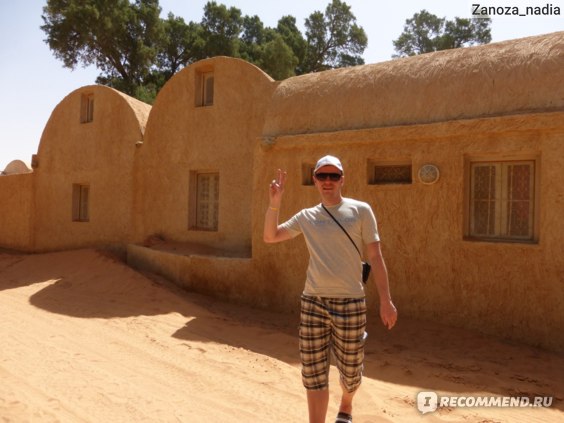 There we were offered camels and ATVs to ride on the barchans. Everybody was riding camels. It was scary, really) especially when he was going down, I thought I was going to fall down) But I survived). 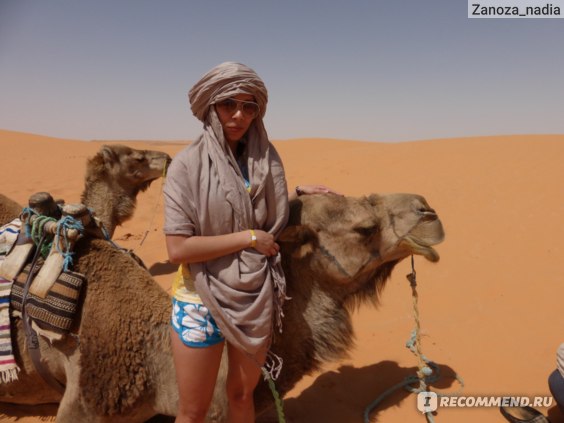 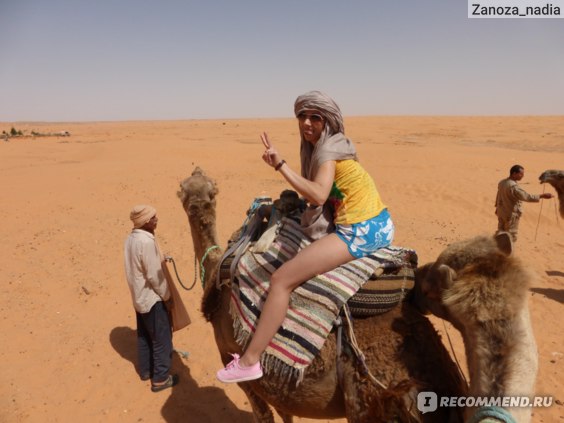 We were taken for a ride on camels, had time to take pictures, run in the sand) Wonderful sand, to the touch as flour, very fine, you will not find this anywhere, only in the desert. 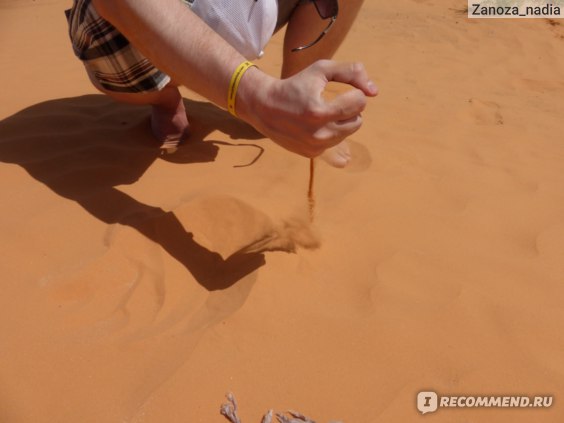 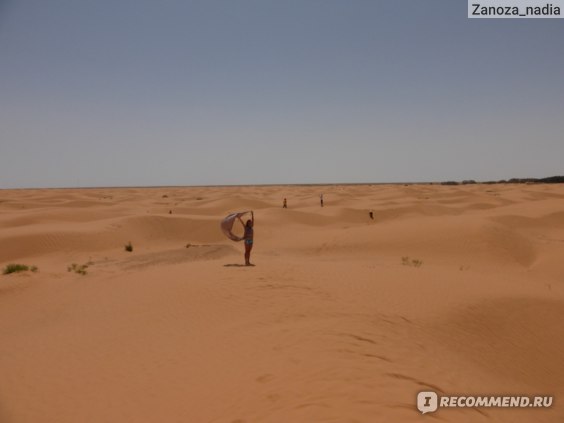 Only my husband and I rode quads, the two of us on one. 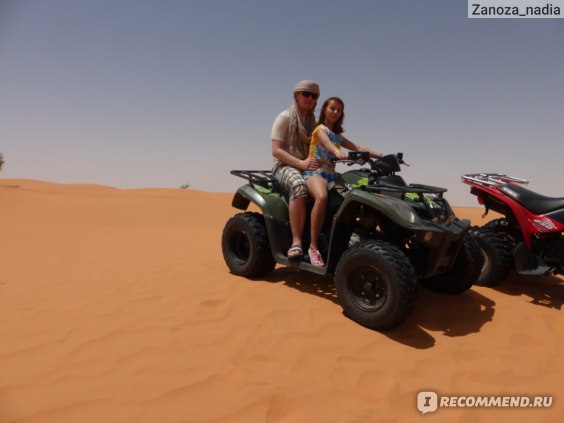 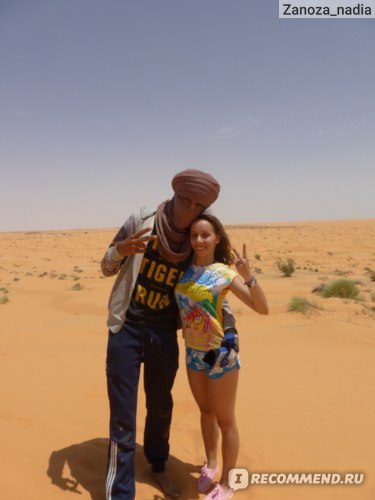 I regretted then that I was wearing shorts. When I got on the transport, my legs burned with fire, the seat was so hot. We rode on barchans, my husband was driving, because it was scary at first) The adrenaline was going off-scale.

We went for a drive, drove to some ruins, I forget the name, we rested there in the shade, it was hot, we didn’t bring any water, I felt very bad, I thought I would faint, but it kind of eased.

We rested at the ruins and drove back. 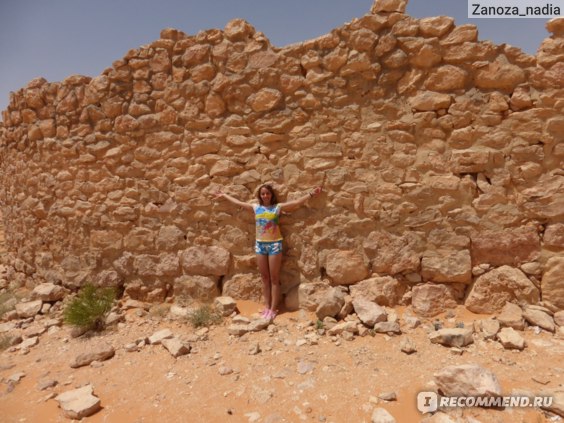 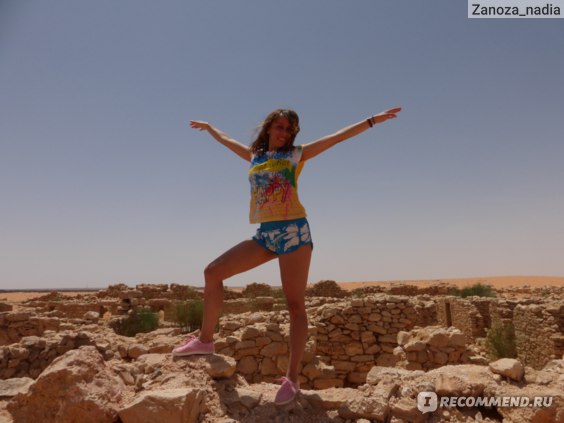 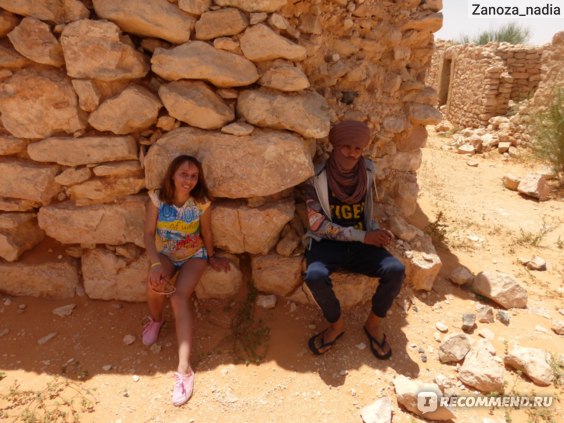 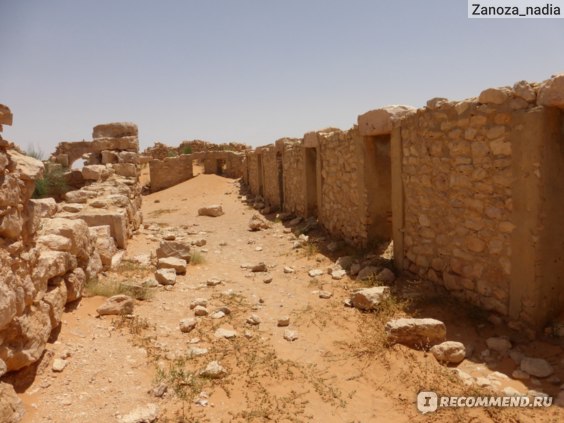 I was driving. It was very cool, very cool! Sometimes on the sharpest turns, I confused the levers and instead of braking I pressed the gas, tinny of course, but very cool!

Upon arriving at the oasis, they took us to lunch. There was a lot of food on the tables and everything was delicious, we ate from the heart. Then we went swimming in the lake with a hot mineral spring. There local guys were playing ball) We did not want to get out of the lake, we smeared my face with healthy seaweed, that is why there is seaweed on my face in the picture, and not something else)))

READ
The 12 best things to do in Kefalonia, Greece 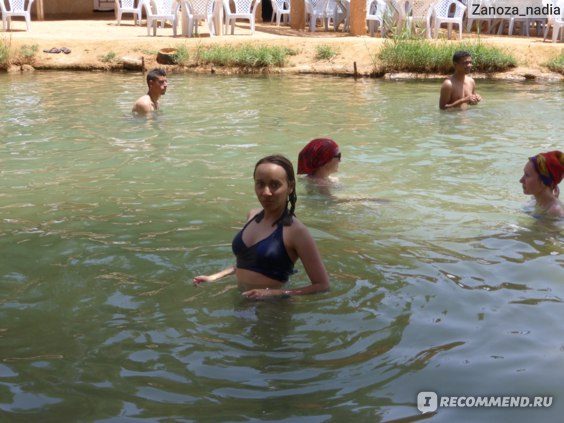 On the way back we drove a different road, we saw wild camels, 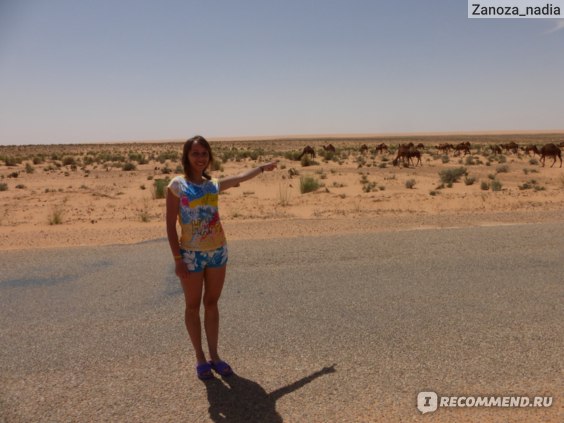 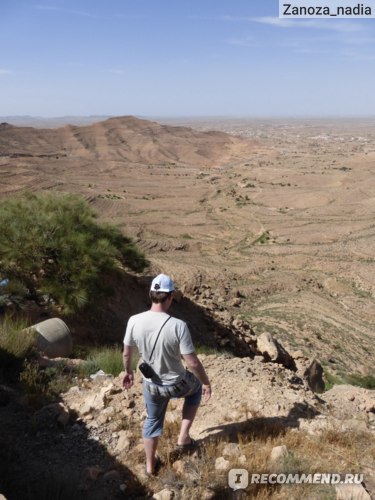 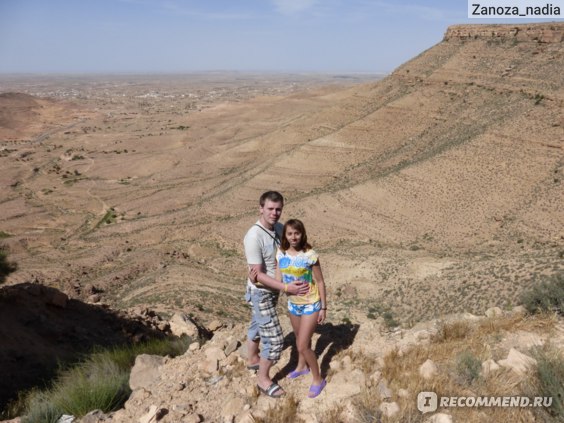 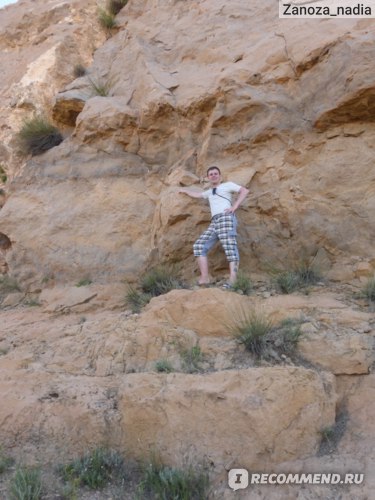 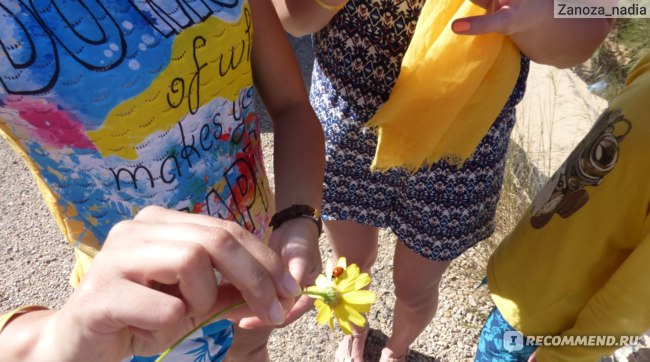 and we drove over the Roman bridge. We went to a place that showed us the antiques and gave a desert rose to me and my boy there.) 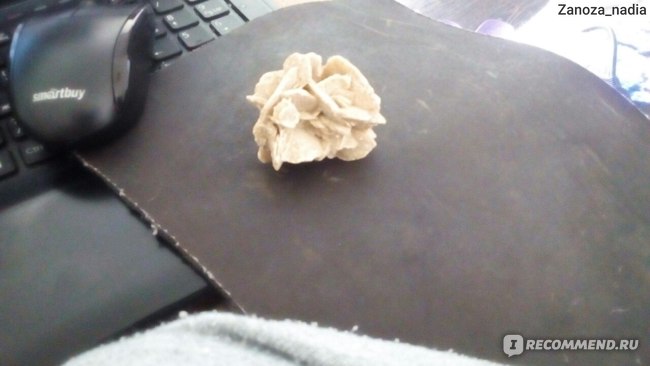 Last tips: take water with you, everywhere and always; take a hat; wear things that cover your hands and feet. I don’t recommend going to the desert in the middle of summer.