Running in Norway: Why you want to do sports in this country

Norway is a small northern European country with a population smaller than that of St. Petersburg. It is one third above the Arctic Circle and is famous for its nature, standard of living and history. The Vikings, who inhabited the Scandinavian lands, are responsible for both the first visit to America and the founding of the Russian principality by Rurik.

For a long time it was only a sparsely populated province, part of the mighty Kingdom of Denmark, then a minor ally of Sweden. Today, Norway has become a prosperous modern state, a strong sporting power with broad social support.

When you first enter the Kingdom of Norway, you immediately notice several features that distinguish it from a typical European country. Wild nature, harmonious leisurely life, unpredictable weather, high mountains and even higher prices surround the traveler from the first minutes. And then the number of healthy, athletic people, ready to engage in various physical activities in any weather, catches the eye.

Children may well play outside all day, ignoring the snowstorm, their parents will conquer the local mountains, and grandmothers and great-grandmothers will go skiing or biking along the fjords. And no wonder: the country has been ranked number one in the world for years as the most sporting nation (Best Sporting Nation Per Capita 2015-2020)!

In this article, runner Maxim Klimov, who has lived in Norway for a long time, gives personal observations and possible reasons for this success. 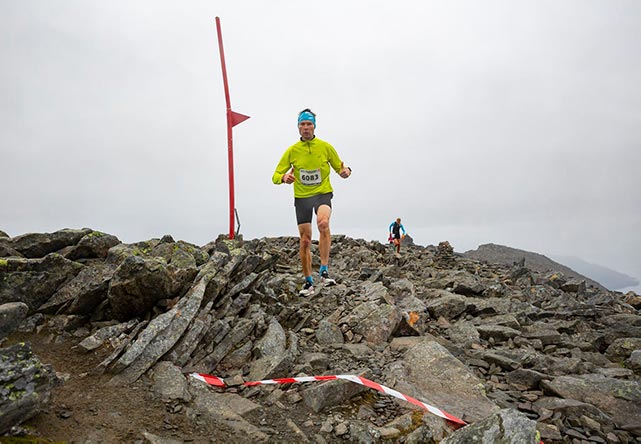 Maksim at the vertical kilometer above the Arctic Circle, Tromsø

This is something without which it is impossible to imagine harsh Scandinavia. You can find snow in the city when you fly to the north in summer and endless rain in the south. The polar sun only warms up a few weeks a year, and the winds of the North and Barents seas cut through even good “windstoppers”. This kind of weather in the country is more of a common occurrence than something abnormal, so the locals have to adapt.

READ
History of the most beautiful bridges of Budapest, Hungary

Surely many of you have noticed that a planned jogging workout in the rain is much more pleasant than a normal walk in the same conditions, and a couple of hours of skiing in a snowstorm is unusually invigorating. The country has mostly small towns, and a substantial part of the population gets to work or school by skiing, biking or running – often faster than digging out the car after a night of snowfall.

Meeting your boss at the office door before he or she has put on spiked trail shoes or bicycle shoes is a regular occurrence!

The severe climate fosters a strong Nordic character. It is difficult for a foreigner to understand how, after an hour of clearing snow from the yard, a Norwegian lady is willing to walk for hours in snowshoes through the hills to enjoy the polar night and meet the countless reindeer.

There are plenty of similar examples. The main thing is to have comfortable clothes and a warm dinner at home. Character is nurtured from early childhood. They say that local children learn to walk on skis earlier than on foot! And visit the peaks of many of the surrounding mountains can still be backpacked by their parents! 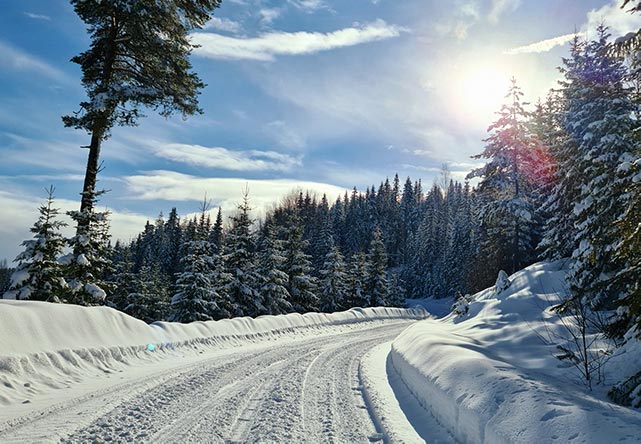 The pistes in the city center are rolled out daily by ra-trak, salt and reagents are not used – not environmentally friendly. Photo by Maxim Klimov.

Unlike many nations that allow themselves to work 60 hours a week (Japan, South Korea), in Norway everyone works no more than 37.5 hours, preferring to spend their free time in nature. Especially the landscape allows: in most cities, hills, forests, and hiking trails are just outside the gate.

Overtime, passive evenings in front of the TV and Sunday afternoons at home are not about typical Norwegians. 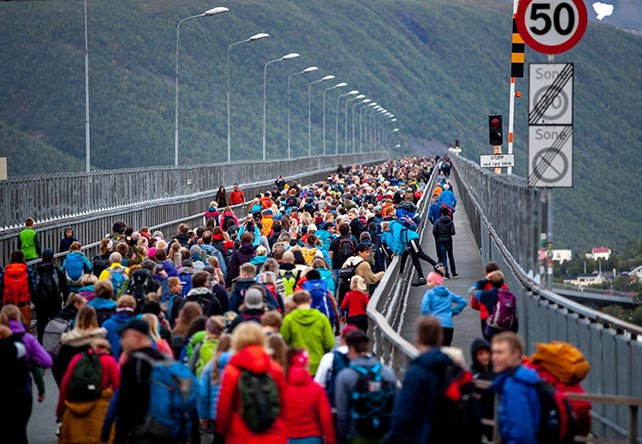 Of course, such a way of life could not take shape without proper infrastructure. Since the late 19th century the Norwegian Tourist Society (DNT) was engaged in the development of the most remote corners of a small harsh country. They produced detailed maps and applications, built and maintained in perfect condition trails, stairs and elevators. They have created an extensive network of hiking, skiing and biking trails.

Every small town is sure to have competitions, whether it’s a run up the nearest mountain (usually at least a kilometer of vertical climbing!) or relay races like reindeer or dog sledding.

And of course there are the iconic amateur starts: the incredibly difficult Tromsø Skyrace organized by Kilian Jornet and Emily Forsberg, Lofoten Skyrace – the most beautiful start on the Lofoten Islands, Norseman – the legendary extreme triathlon, as well as countless ski starts and even an Arctic bicycle day. 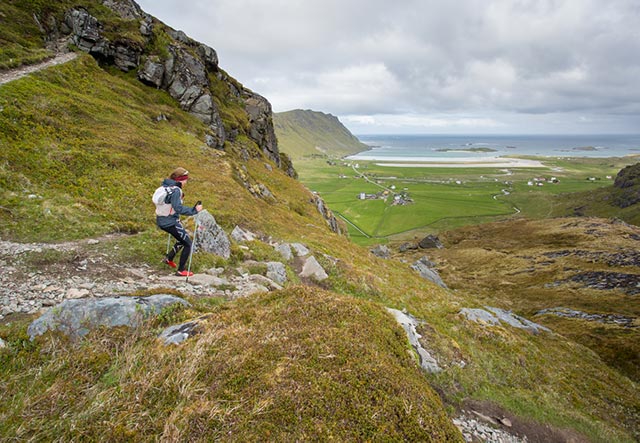 Ultra Trail in the Lofoten Islands

Despite the small population, cold climate and unpredictable weather, the country has a very strong amateur and professional sports. Everyone is familiar with the victories of skiers and biathletes under the red, blue and white flag, but also very popular is track and field athletics, in particular, running, represented by young middle athletes – brothers Ingebrigtsen (especially prominent success of the younger, Jakob), sprinter Carsten Varholm and former European record holder in the marathon Sondre Moen. 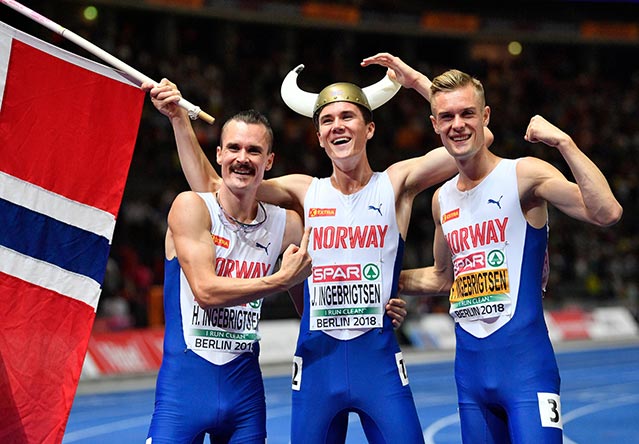 Such examples inspire young kids to take up sports: there are plenty of teenagers running around in stadiums and parks, the profession of children’s coach is one of the most sought-after!

Perhaps not the most obvious, but certainly the most enjoyable reason for the sporty lifestyle of the local population is the food. Until recently, the country had a very meager diet, mostly based on local products: potatoes, deer or whale meat, sweet caramel cheese, few fruits and vegetables.

Now the country is experiencing a boom of interest in different cuisines of the world, the locals love to travel and try new things, immigrants are opening national cafes, and in the markets you can find any fruit (though at appropriate prices).

Add to that the purest water – you can drink from waterfalls on jogs, from streams and fountains in the city or from any tap. It’s all very motivating to lead a healthy lifestyle!

Scandinavian countries are the most advanced in environmental issues, environmental care and climate change, and Norway is among the best here as well. The government spends billions to restore the Amazon forest, and local runners often pick up trash during their runs, contributing to a cleaner environment. Besides, they pay good money for the cans and bottles – sometimes a run can buy you lunch in a cafe!