Northland – one of the regions of New Zealand

Northland region of New Zealand is one of the most popular holiday destinations in the country. Visitors are attracted by the beautiful nature, enchanting landscapes, rich history and strong Maori roots. The warm subtropical climate creates a pleasant holiday atmosphere in the area. The settlement of this region in the north of the North Island has a long tradition.

For several centuries it was inhabited by various Maori tribes, who built numerous fortified settlements here, the so-called “pa”. It was here that the Maoris later encountered European immigrants trying to Christianize the island, which led to much bloodshed. It was here that Europeans began to settle and establish the first large residences. Nevertheless, Maori culture is still very much alive in this region and Northland is a kind of cradle of this nation.

There are two very different coastlines in the area, which attract fans of various sports such as diving, fishing, kayaking, hiking and horseback riding. Sunshine, warm sea and beautiful sandy beaches await here as well. The slightly undulating landscape is sometimes complemented by massive sand dunes and rock formations. The advantage of this region is also its location outside the main tourist destinations, so it has so far managed to prevent the intrusion of ubiquitous tourists. The local forests, which are up to 2000 years old, can be walked for hours without human intervention. 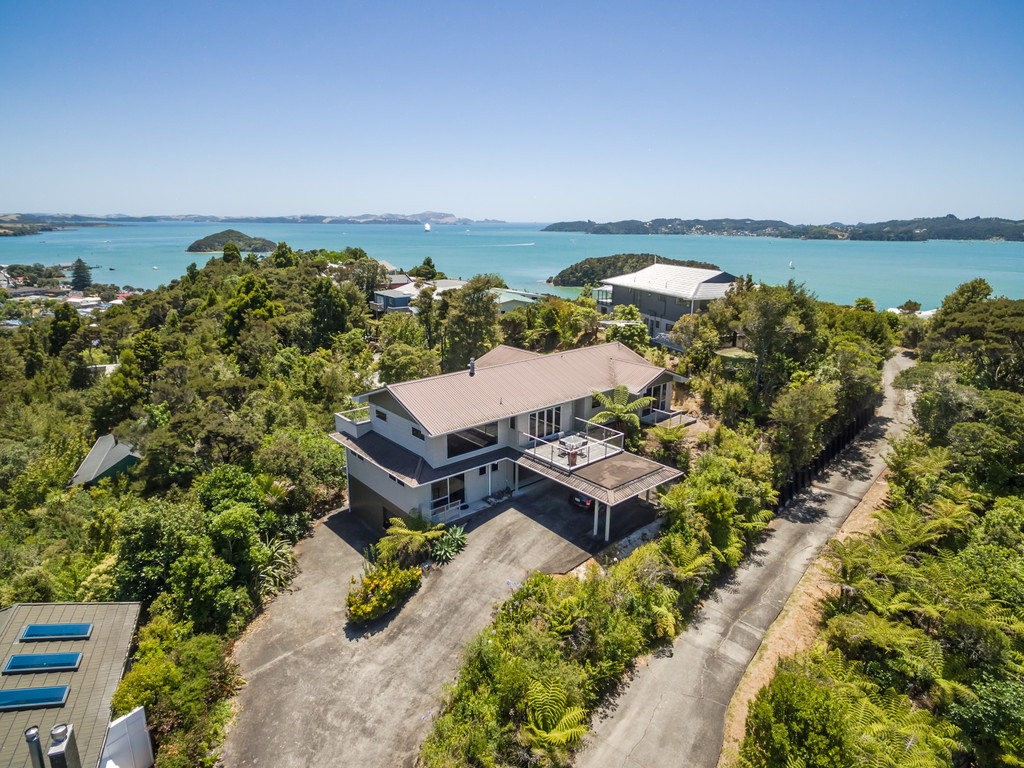 In addition to its beautiful nature, Northland is also noted for its many well-preserved historic sites. The largest tourist center is the town of Paihia in the Bay of Islands, founded in 1823. The whole area around the city is called the “Bay of Islands”, it consists of many caves, and the local water has a beautiful turquoise color. There are about 150 islands scattered around . The best way to get to know the area is to take a cruise around the bay. From here there are trips to places like Russell, Kerikeri, and Waitangi.

Near Paihia is the Waitangi National Wildlife Refuge, which is covered in mangrove forest, scrub, and surrounded by beautiful wild coastline. It is a very popular and visited place, inextricably linked to the history of New Zealand in 1840, when the Treaty of Waitangi was signed in front of the house of British resident James Busby. 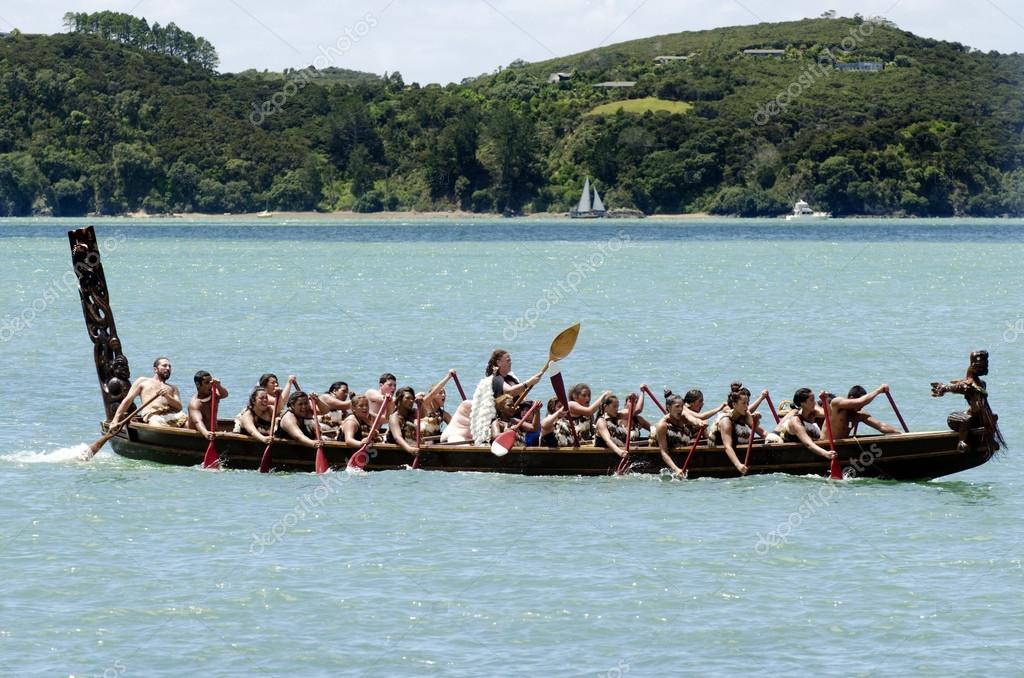 The Treaty of Waitangi National Reserve.

It is a charter of New Zealand and an agreement between the British government and the Maori, who gave Queen Victoria the right to buy their land. This guaranteed them all the rights and responsibilities of British citizens. However, the treaty is still controversial because many Maori leaders at the time did not even know what they were signing. The house where this took place was renamed Treaty House and in 1932 it was declared a national monument. 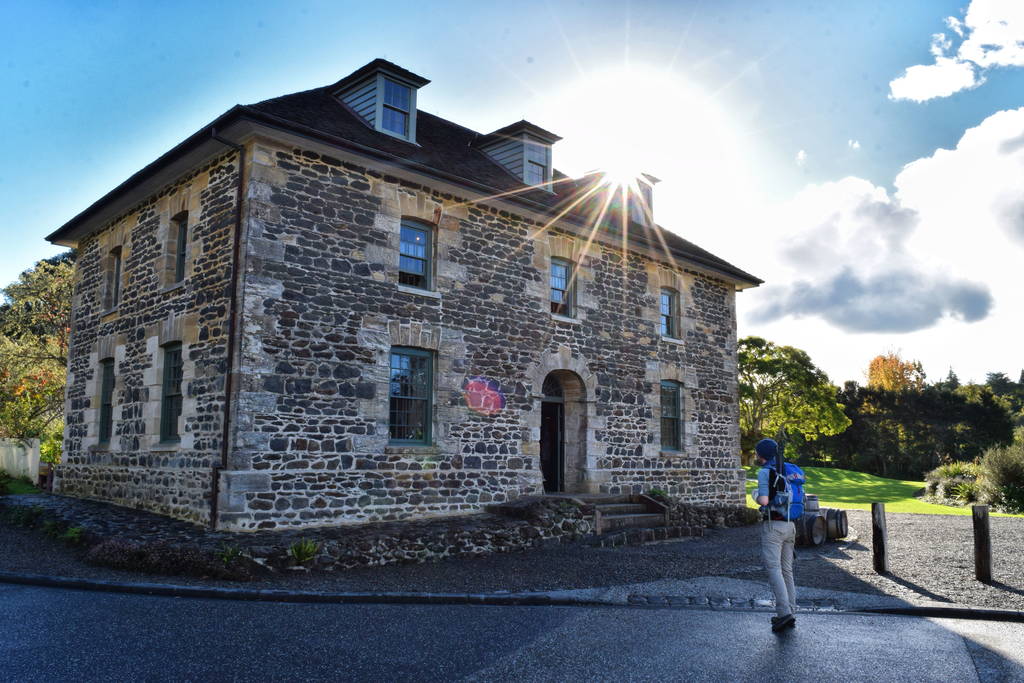 The bay is also home to the town of Kerikeri, home to New Zealand’s oldest surviving stone building. The stone store was founded in 1835 as part of the Kerikeri Mission House . Today it has a souvenir shop in which you can buy various items related to local history. A wooden church rises on the hill of St. James of 1878. Also worth a visit is a typical Maori village or the old Maori fortress of Kororipo Pa. 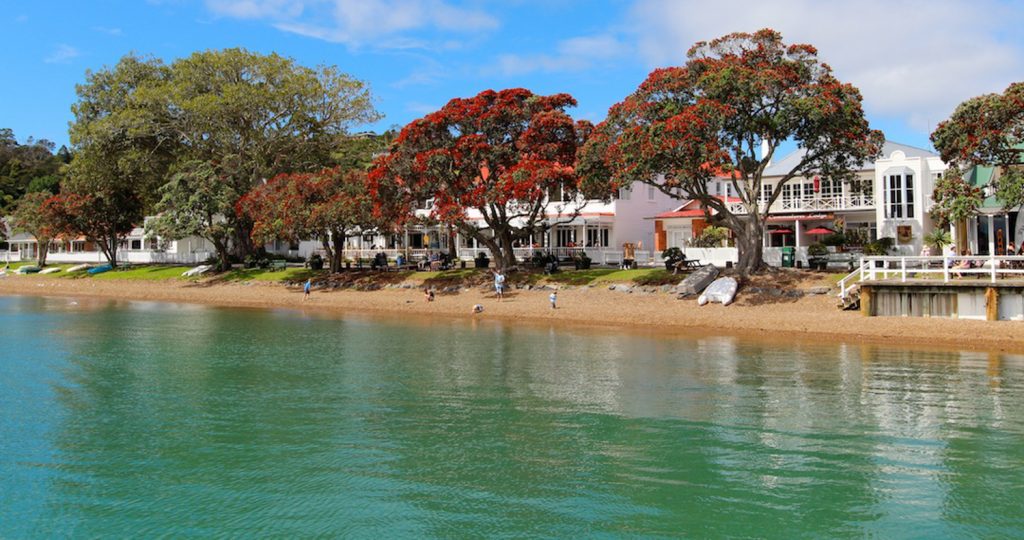 The picturesque town of Russell lives primarily from tourism, fishing, oyster farming and home industries. In the center is the Russell Historical Museum, which documents Cook’s landing on the islands. A working model of the ship Endeavour is on display here, and visitors can admire items that served the first settlers. There are also several historic buildings such as the Pompallier House and the 1836 Church of Christ, which is the oldest surviving church in the country.

Traveling through Northland, it is worth visiting New Zealand’s northernmost town called Fangarei. It is tucked between wooded hills and a deep bay. The town center has a rather colonial character. Local restaurants, bars, cafes, art galleries and specialty stores attract tourists and locals alike. 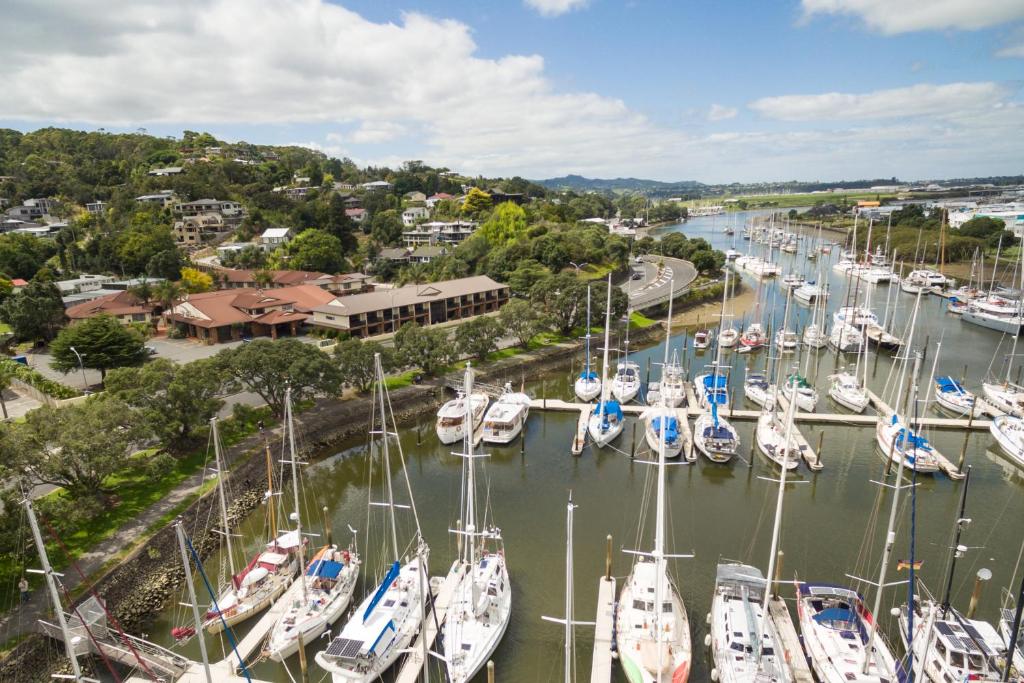 One of the city’s biggest attractions is the Clapham Clock Museum, which is decorated with a large sundial. The museum has more than 1,600 pieces of clocks, most of which were donated here by A. Clapham . The oldest are English lantern clocks from 1720, but the museum hides a lot of other equally interesting unique exhibits. If you go outside the town, you can find the museum, which has an extensive collection of Maori artifacts. 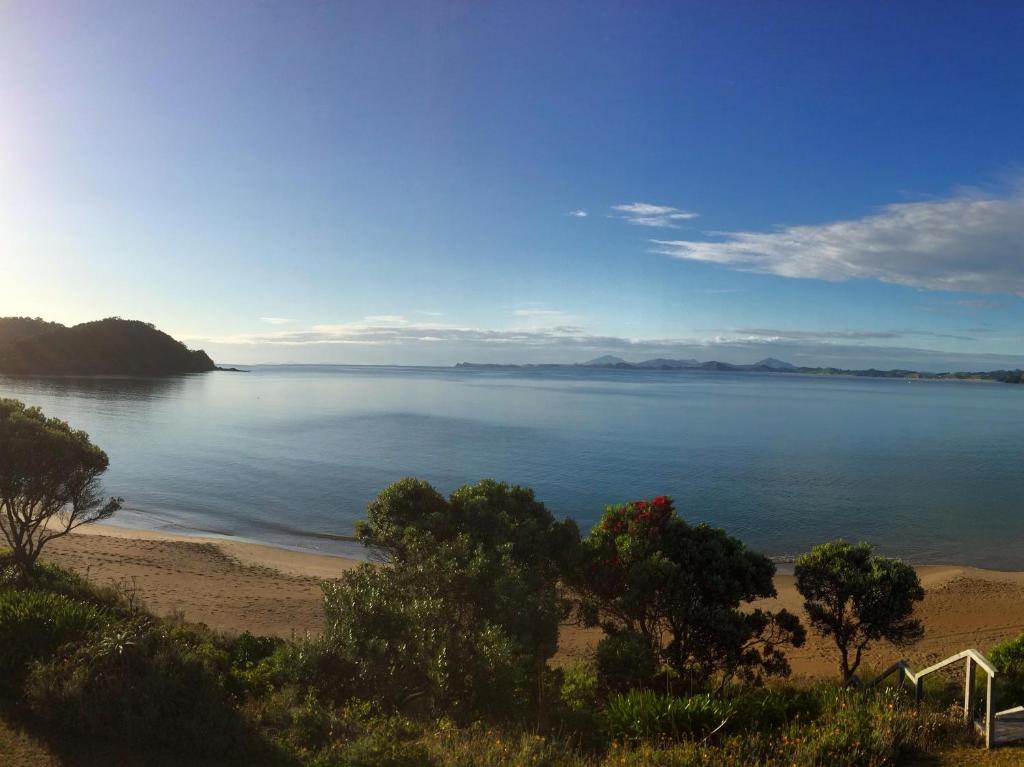 A popular destination for foreign visitors is also the town of Tutukaka, which has become a base for diving trips to the islands seashore reserve Poor Knights Islands (Poor Knights Islands). It is said to be the most beautiful diving in New Zealand. Although the local natural harbor is a protected area, it is full of yachts and fishing boats. A popular diving spot is the artificial reef between Tutukaka and Matapuri, which was created in 2000 when the former warship Tui sank here. Another adrenalin activity in the area is shark diving. 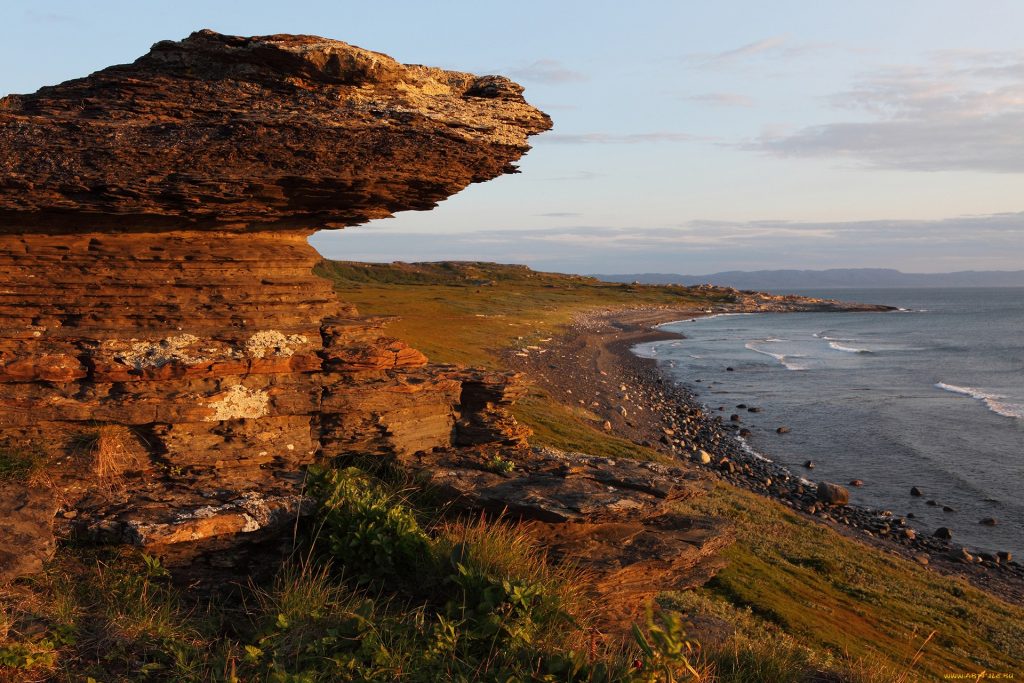 Northland also includes the Aupori Peninsula, which is a thin strip of land, which is why the Maori call it “fishtail.” There are extensive unspoilt beaches such as Ninety Mile Beach, which is the longest beach in New Zealand at 96 km. It is surrounded by sand dunes, which in some places reach a height of about 143 meters. Due to its hard sandy surface this beach is a popular route for cars, bicycles and motorcycles. While at Cape Reinga, you can enjoy the sunset of the Tasman Sea.