In almost every culture, the process of cooking has an intimate meaning. It is a real mystery, hidden from view. From the dishes you can easily identify the country and its gastronomic preferences, which were formed over the centuries. The author of diletant.media Anna Baklaga offers to find out what gustatory traditions were formed in Nepal. 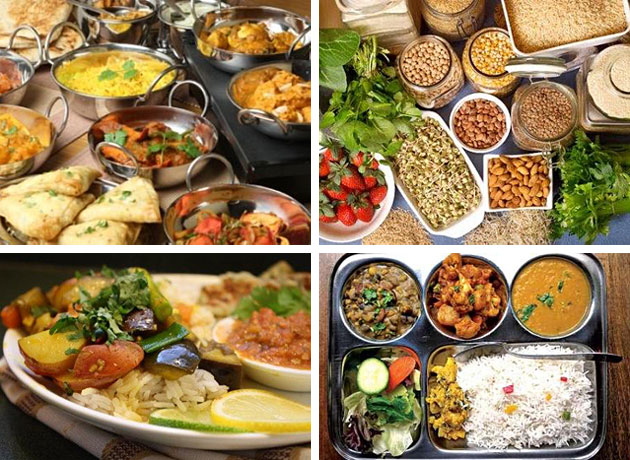 Many consider Nepali cuisine to be diverse, while others, on the contrary, surprisingly boring and monotonous. But as they say, there is no difference in taste and color. Recipes of their dishes are really simple, but their variety of flavors leaves no one indifferent.

Having absorbed the outstanding gastronomic traditions of India and Tibet, Nepalese cuisine has a special delicate taste. It is given by a variety of spices and herbs. Like in the relative Indian cuisine, spices are widely used here, but the cuisine of Nepal is much less spicy and spicy. The food is not as greasy and a lot of greens are used. Irreplaceable ingredients in dishes are: ginger, coriander, turmeric, nutmeg, cardamom, cinnamon, bay leaf, black pepper, chilli, coriander, green onions, as well as timur (Sichuan pepper), added to marinades and pickles, and jimbu – Himalayan plant, which tastes like onions and garlic, used fresh or dried in legume dishes. Each dish relies on its own spices, which combine with each other and match the main product.

Most of the population in the country are vegetarians, so the basis of the dishes are rice, wheat, corn and beans, combined with various vegetables and sauces, and dairy products in various forms. Many Nepali dishes are prepared with mustard oil, ghee (ghee), and sometimes with yak milk oil. 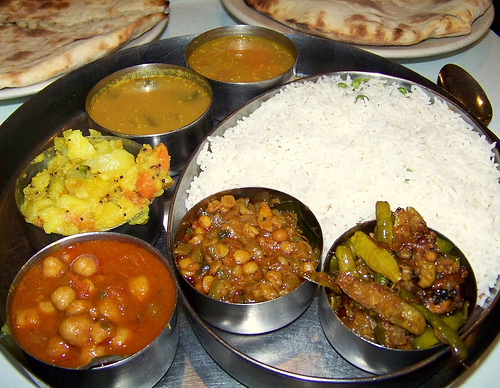 The main three ingredients that make up the daily traditional meal in Nepal are rice (bhat), pulses (dal), and all kinds of vegetables (tarkari). The dal is used to make a hot sauce. For tarkari (vegetable side dish) they usually use different leafy vegetables, potatoes, zucchini, green beans, cauliflower, seasoned with spices. A small quantity of various achar – pickles, chutneys – hot sauces, as well as lime slices and hot pepper – chili are brought to the main dishes. Dairy products such as dahi (sour milk) and paneer (high-fat pressed curd) go well with many Indian dishes or are served separately with rice. A characteristic element is the thin flatbread made of rice, corn or wheat flour, rather coarsely ground – chapati, served to the table.

In the mountainous areas, typical foods are boiled and baked potatoes, wheat and millet porridge with butter from yak or buffalo milk.

The usual and basic beverage of Nepal is tea, which is often drunk with milk by the inhabitants of the country. Also common and indispensable drink is lassi. Its classic recipe consists of yogurt, salt or sugar, spices and ice. The drink is famous for its cooling effect.

However, Nepal’s gustatory culture is not limited to a certain number of food components. A meal can only be considered successful if a number of rules are followed. For example, according to the laws of caste society, food can only be eaten if it has been prepared by an equal or higher ranking person. The one who cooks it must first perform ablution. In other words, the cook and the place in which the food is prepared must be clean, both physically and spiritually. It should be added that it is not advisable, and in some regions it is strictly forbidden, for a woman to cook food during her period of menstruation, because it is believed that by doing so she will defile the food. This is especially true for dishes made from pulses and legumes. It is believed that these products absorb the energy of the cook more than others. For the same reason, it is said that if a person cooks on an open fire, he should be as attentive to his thoughts as possible. 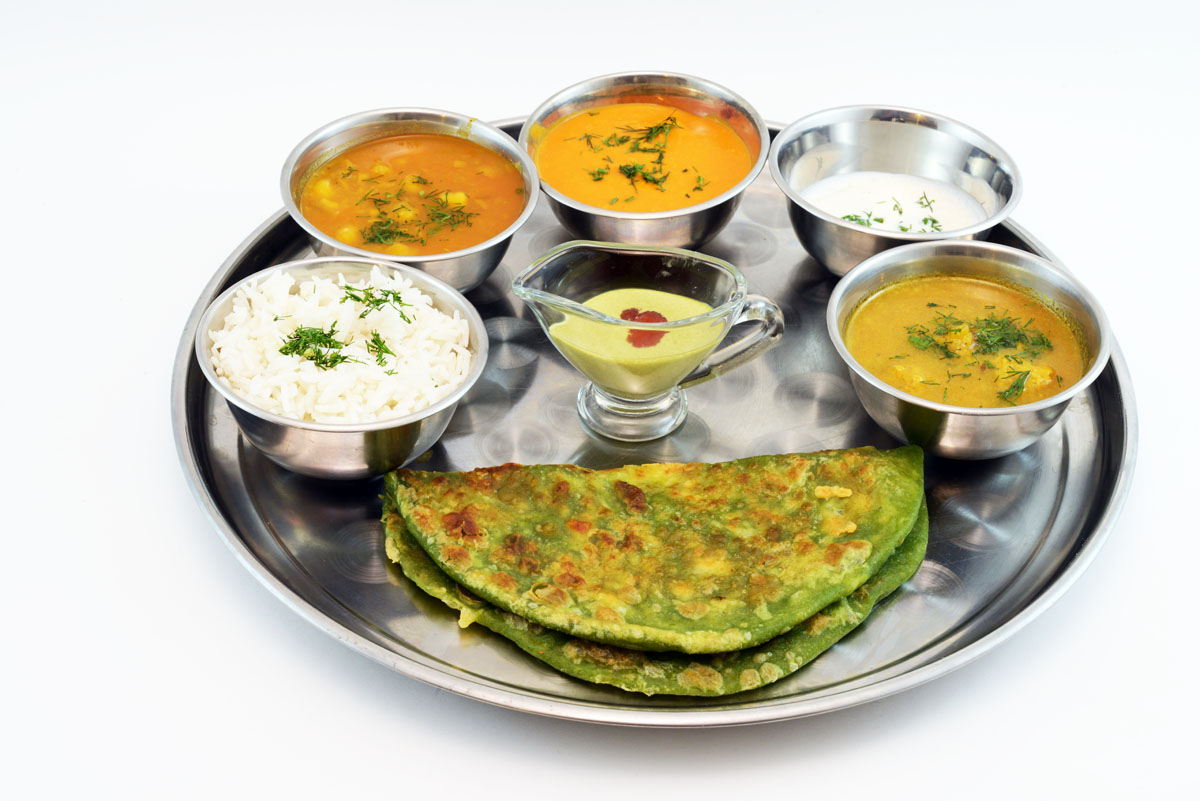 The meal is usually served on the floor. The meal is traditionally served on a round brass plate. On it, in turn, there are small bowls with a variety of dishes – boiled, stewed, pickled, salted and other fruits and vegetables. The person eating must be in a “clean” state, and take food only with the right hand and preferably with the fingers. Cutlery, of course, is not prohibited, but mostly only tourists use them. The left hand is used to serve a glass with a drink. By the way, the inhabitants of Nepal eat mostly twice a day – in the morning and soon after sunset. During the day, they eat light snacks and drink tea with milk.

Dishes that have already been filled with food by someone else are considered untouchable and are called “jutho” – polluted. For this reason it is not advisable to taste anything from other people’s crockery, to share a pitcher, or to offer anything from one’s own plate or glass to others at a meal. Nepalis themselves, for example, drink from a jug or a bowl without touching the edge with their lips.

After the meal is over, it is obligatory to rinse your mouth and wash your hands. If there is any food left on the tray that is not thrown away, only those in lower caste or kinship can finish it: the wife finishes after her husband, small children after their parents, and so on.