Top 10: Mysteries of famous landmarks that most of us have no idea about 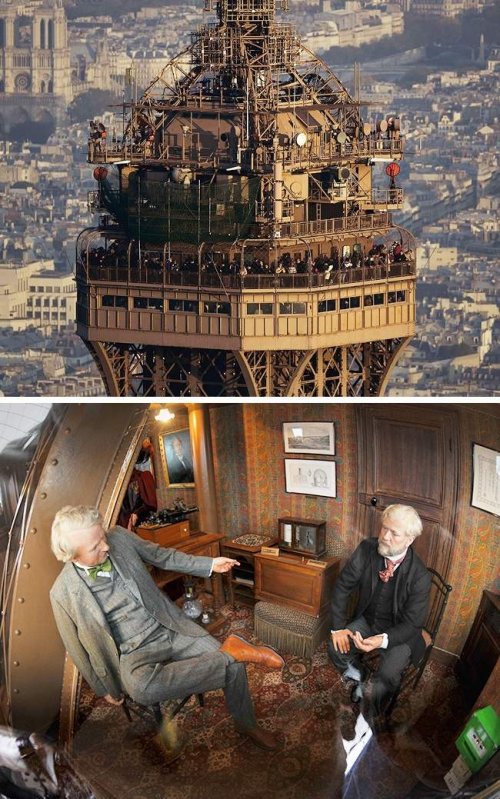 There are many wonderful works of art and architecture that are famous around the world for their splendor, but have you ever tried to learn more about them? If you do your own investigation, you’re sure to find out that they hold secrets that most people know nothing about! To this list, we’ve contributed a few unknown facts about famous cultural sites that most people don’t know. 10. Apartment on the top floors of the Eiffel Tower

Gustav Eiffel, the creator of the tower, built and equipped an apartment for himself on its upper floors. Here he often rested or received guests. Once in this apartment he had a long conversation with Thomas Edison. It has a kitchen, bathroom, two bedrooms, living room and most importantly, it has a great view. There is currently a museum with wax figures of Eiffel and Edison.

9. The broken chain at the feet of the Statue of Liberty 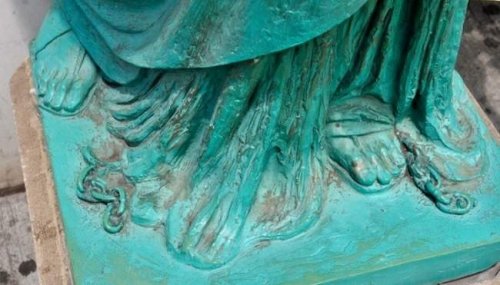 The Statue of Liberty was unveiled in America by French citizens to commemorate the 100th anniversary of the revolution. It symbolizes freedom, democracy and the abolition of slavery. That’s why there’s a torn chain at the statue’s feet that tourists usually don’t notice. 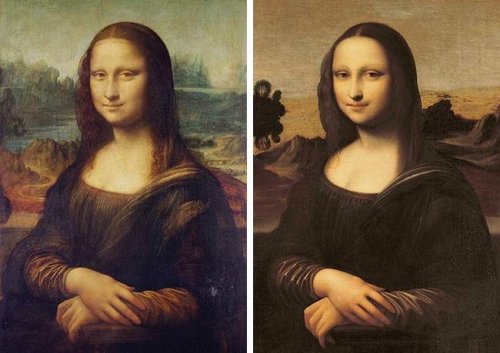 It’s common knowledge that many artists have made copies or painted other versions of the Mona Lisa, but it turns out that there is another portrait of the Mona Lisa, painted, according to scholars, by Da Vinci himself. This canvas is not a copy of the one hanging in the Louvre. Interestingly, the second painting has a slightly different perspective, creating a 3D effect. Perhaps the clothing and landscape were painted by another artist or even painters. According to scholars, this is an earlier version of the Mona Lisa. 7. Time Capsule at Mount Rushmore

READ
Gran Vía is the main street of Madrid 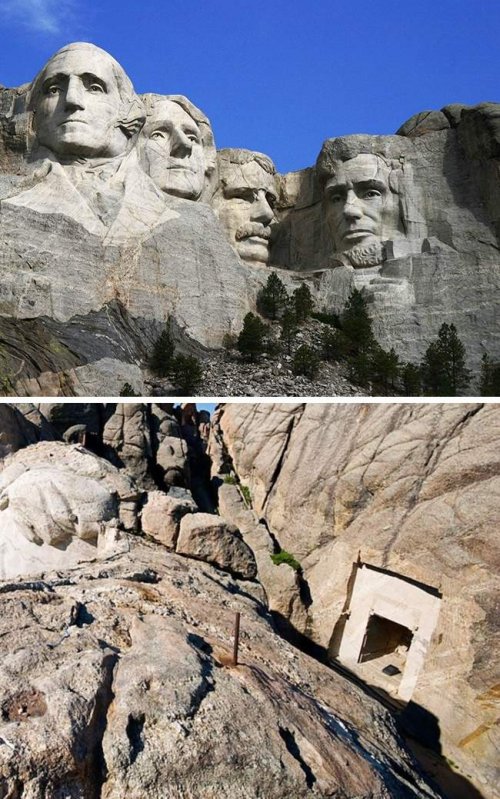 During the construction of the famous monument architect Gutzon Borglum decided to create inside the rock “Hall of Chronicles” – a secret room where future generations will be able to find key documents and data about the history of the United States. For this purpose, he carved a cave in the rock behind Abraham Lincoln’s head. But Borglum soon died, and the work was not finished. In 1998, more than 50 years after his death, copies of important documents and presidential memoirs were sealed in an unfinished room that now serves as a time capsule.

6. The Matterhorn at Disneyland 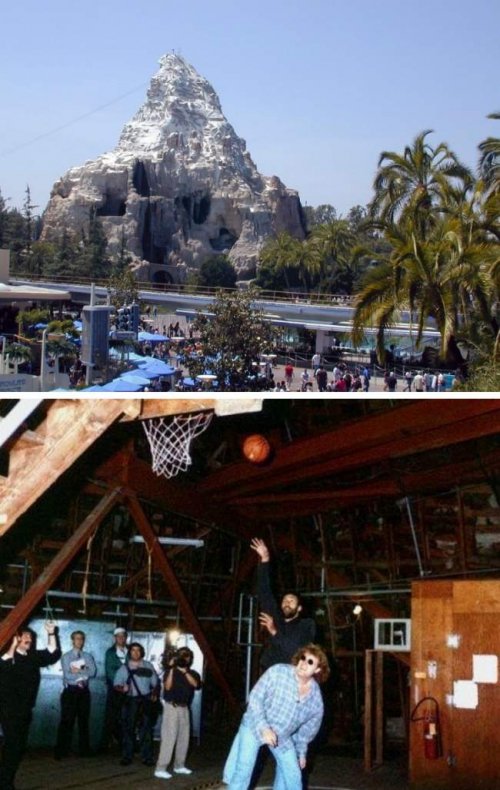 The Matterhorn at Disneyland is a slide where visitors are carried inside a steel tube, and the facility was modeled and named after the mountain of the same name in the Alps, located on the border of Switzerland and Italy. Even more interesting, there is a small loft on the summit itself that is used as a stopping and resting area for climbers. There is also a basketball hoop with a net attached to a span of wooden stairs. This space is used by climbers and team members to prepare for planned climbs or to pass the time when the weather is bad. 5. The real look of the Great Sphinx 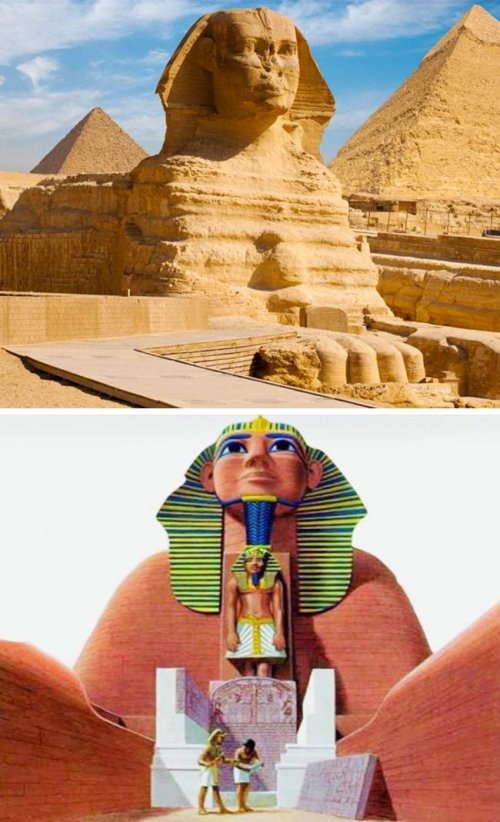 The Great Sphinx is the oldest statue in the world. Originally it was covered with bright paint, but only a fragment of it behind the Sphinx’s ear has survived. In addition, the Sphinx had a nose and a ceremonial beard. Its fragments can be seen in the British and Cairo museums. There is speculation that the Sphinx originally had a lion’s head and a human head was installed instead much later, which explains the disproportion between the giant body and the small head. 4. Creation of the Tower of Pisa 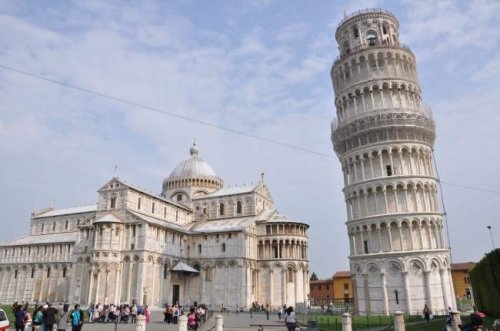 The famous falling tower hides many secrets. Basically, everyone knows about the fact that it is tilted to the ground. At the same time, no one knows exactly who built this bell tower for the cathedral of Pisa. One reason is that the tower was built almost 200 years ago. Historians have used to believe that the structure was designed by Bonanno Pisano, but a more likely architect could be Diotisalvi, who designed the baptistery next to the tower, which is in the same style.

The Face of Rembrandt’s Danaë 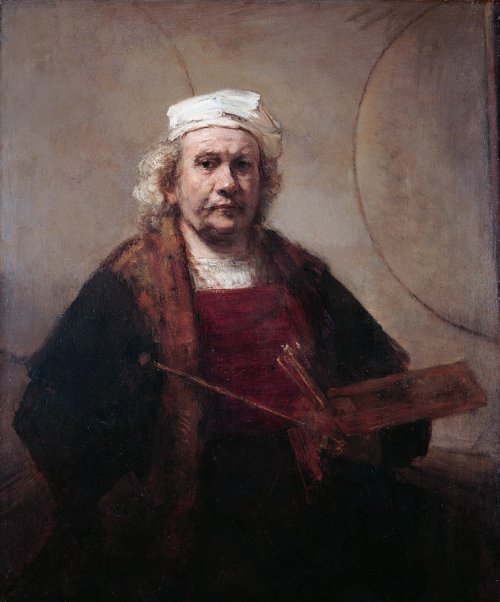 Rembrandt began painting his painting ” Danaë ” two years after he married Saskia van Eilenburyh (Saskia van Eilenburyh). The artist portrayed his wife on many of his canvases, and for a long time it remained a mystery why the resemblance of Danaë to Saskia was not as obvious as in his other paintings of the 1630s, and the painting style is more like his later works. Only relatively recently have we received an answer to this question. In the X-rays, the resemblance to Rembrandt’s wife is more obvious. It turns out that the painting was remade after the death of the artist’s wife, at a time when he was infatuated with Hertier Dirks. Dani’s facial features in the painting were changed so that she combined both of Rembrandt’s favorite women.

2. The name of the most famous landmark in Great Britain 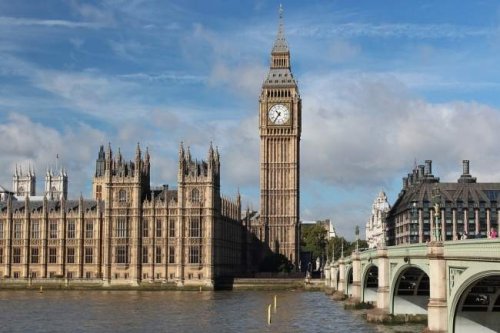 Strictly speaking, the name “Big Ben” does not refer to the entire tower, but only to the large bell inside it. Officially, until September 2012, the bell tower was called “Clock Tower of Westminster Palace” (“Clock Tower of Westminster Palace”). Now it is officially called the “Tower of Elizabeth”. It is still not known exactly who the bell of Big Ben is named after. According to one theory, it is in honor of the man who cast the bell, a large man known as “Big Ben. According to another theory, it is in honor of heavyweight boxing champion Benjamin Kaunt.

1. The color of the Golden Gate Bridge 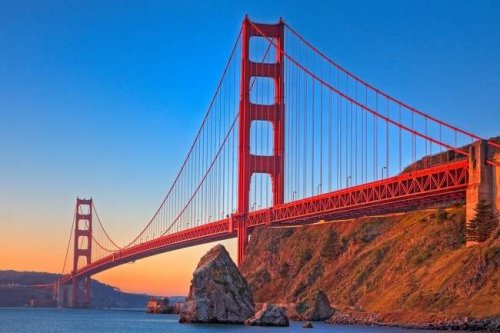 The Golden Gate Bridge is one of the most photographed sites in the world. Its construction was negotiated with the U.S. Navy for a long time. When the agreement was finally reached, the Navy wanted the bridge to be painted in stripes of black and yellow to make it more visible in the fog. As a result, Irving Morrow, the bridge’s architect, convinced the military to paint the bridge dark orange. This made the bridge not only visible in all weather conditions, but also beautiful. 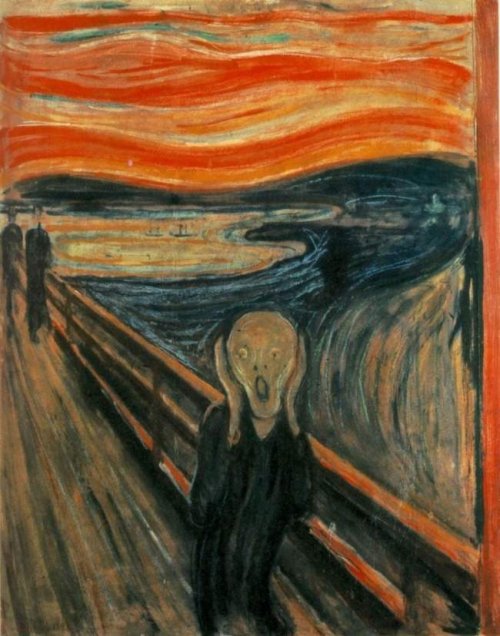 The original title of Edward Munch’s legendary painting “Scream” was “Scream Nature”. In his diary, the artist wrote: “…Suddenly the sky was blood-red. I stopped, feeling tired, and, leaning against the fence, saw blood and tongues of flame over the bluish-black fjord and town . ” It later turned out that the artist was inspired by the eruption of the Krakatoa volcano in 1883.