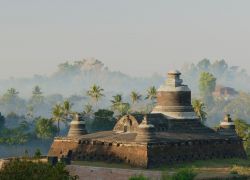 The breathtaking nature of Asia is here in all its glory: the northern part of the country is populated by mountain ranges while the coastline is a veritable paradise. But it’s not just the stunning beauty of Myanmar that makes it seem like an archaeological reserve, it’s the sights too. Ancient Buddhist temples are an unusual collection of values and cultural heritage, and when you look at them you feel something completely incomprehensible.

There are many sights in Myanmar, and it is almost impossible to list them all. Even just talking about some of them could take hours. Therefore, we will try to summarize very clearly what is worth seeing in Myanmar in the first place.

Each town of Myanmar holds some unique corners with luxurious views, rich history and mysterious legends. Of course, most of them have a religious meaning and sometimes seem monotonous, but this is not the case. The sights of Myanmar amaze with their luxury, and the locals amaze with the breadth of their soul.

Most tourists, planning a beach holiday in Myanmar, stop at two resorts – Ngapali and Ngwe Saung. Both have a well-developed infrastructure, comfortable hotels on the coast and chic restaurants of the national cuisine. So which resort to choose? Our following review will help you with that.

When planning a trip abroad, one of the main issues that tourists face is the issue of a visa, especially when it comes to such a country as Myanmar, which has only recently been opened to European tourists.

Surprises and delights the beautiful country of Myanmar. Rich in sights, it attracts tourists from all over the world like a magnet. In our next article we will tell you about the most interesting excursions in the mysterious and enigmatic Myanmar.

Among the many countries with a fascinating history, culture, folk traditions and unique nature, of particular interest to tourists is the mysterious Myanmar – a state located in western Indochina. Read about the most curious and unusual facts about the country in our article below.

Myanmar (Burma) is a country worth visiting for travelers who want to combine a beach vacation with the exploration of interesting culture, ancient temples and cities. Myanmar has the cleanest beaches of the Andaman Sea and the Bay of Bengal, a friendly population, many Buddhist temples and relics and reasonable prices for accommodation and food:

1. Pagan (Bagan) Travelers who dream of exploring Buddhist temples, stupas and pagodas should definitely visit Pagan, an ancient city that once had more than 10,000 temples. The city, formerly the capital of Burma, is the country’s main attraction and at times seems like a magical place. 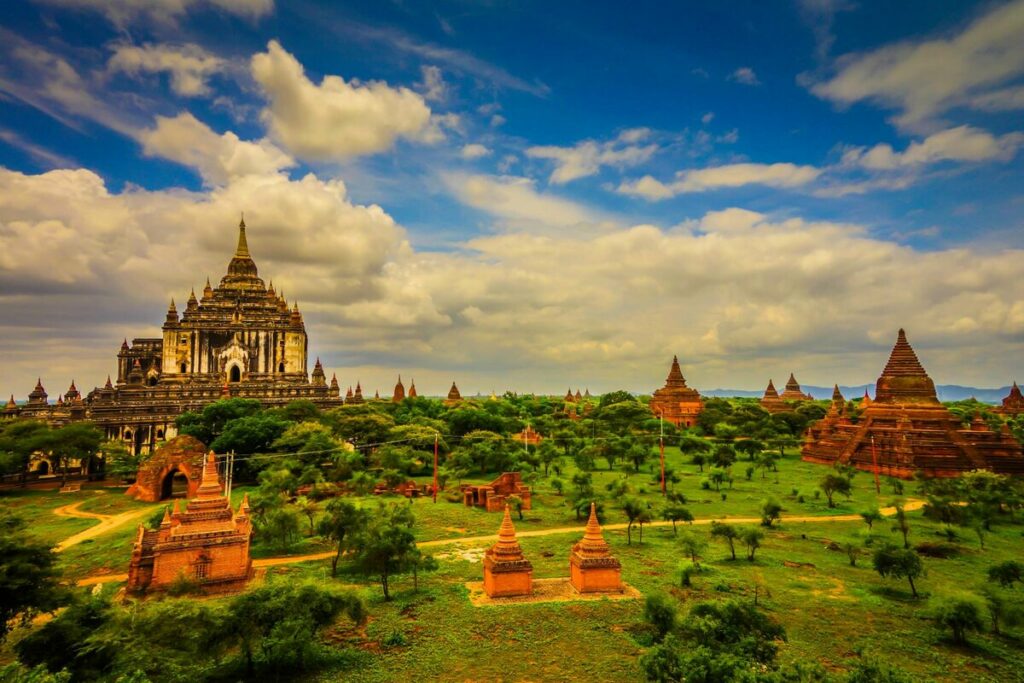 2. Chaitthiyo Pagoda Known as the Golden Stone, the Chaitthiyo Pagoda is a famous pilgrimage site in Mon State . The pagoda is not very big – its height is just over 7 meters. What is surprising is its location – the pagoda is built on top of a gilded granite boulder that overhangs the abyss.

3. Shwedagon Pagoda Shwedagon is the most sacred of all pagodas in Burma. Its second name is the Great Dragon Pagoda, and it is located in Yangon and is an impressive sight. The 98-meter-high structure is several centuries old and is covered with various precious stones and metals. When in Yangon, it is worth a visit to the pagoda, remembering to cover the feet and shoulders as a sign of respect for the Buddha.

4. Taung Kalat Monastery Taung Kalat Monastery is one of the most spectacular places in Myanmar, as the monastery sits on top of a sheer cliff and offers truly stunning views of the surrounding plains. The monastery can be reached in 30 minutes of moderate-paced climbing. As you walk, you’ll have to overcome a small army of drink-selling locals and monkeys scurrying about. 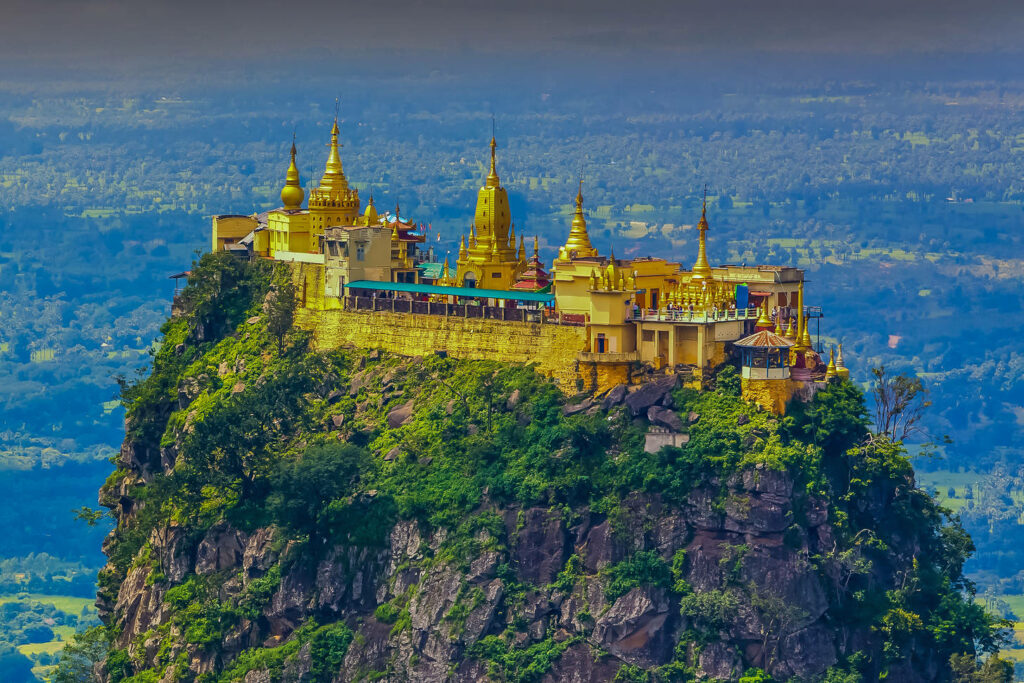 5. Inle Lake This freshwater lake is located in the town of Nyon Shue in Taunji Township. Inle is one of the top tourist destinations in Myanmar because of its natural beauty. You can enjoy beautiful sunsets on the shores of the lake as well as explore ancient stupas.

6. Mrauk U Mrauk U is a very significant and fascinating archaeological site. A visit to the complex is an opportunity to see ancient structures and pagodas, as well as the real Burmese way of life, which is based on Buddhism.

7. Ngapali Ngapali is the premier beach vacation destination in Myanmar . The resort town is located on the Bay of Bengal in Rakhine State, and its main feature is idyllic palm-fringed white sand beaches and a coast full of traditional fishing villages. The peak season is from November to March. 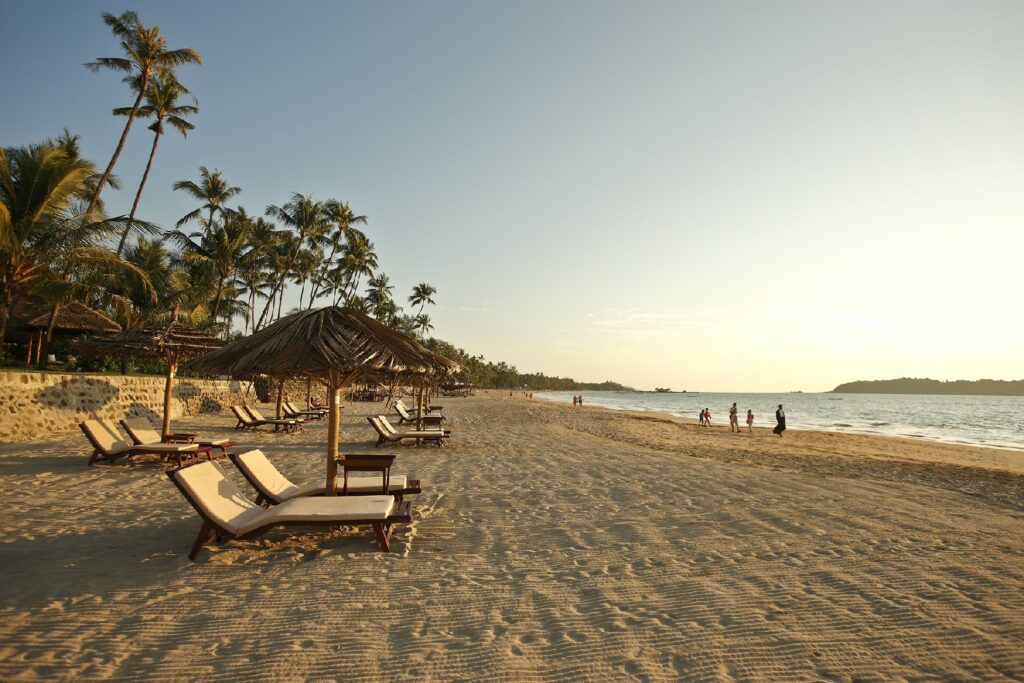 8. Shwenando Monastery The name of this monastery translates to “Golden Palace” . It was built in the mid-19th century and is the only surviving building from the former royal complex. The site was used by the king for meditation and was later donated to the monks. It won’t take long to explore Schwenando, so it’s worth stopping and admiring the details, which look absolutely stunning.

9. The Irrawaddy River connects the famous cities of Mandalay and Bagan with Yangon . It is the longest river in Burma which is interesting to explore as part of a cruise, which will be a real adventure. Sailing on the Irrawaddy River, you can see the friendliness and friendliness of the people and the fact that the country is almost untouched by civilization. 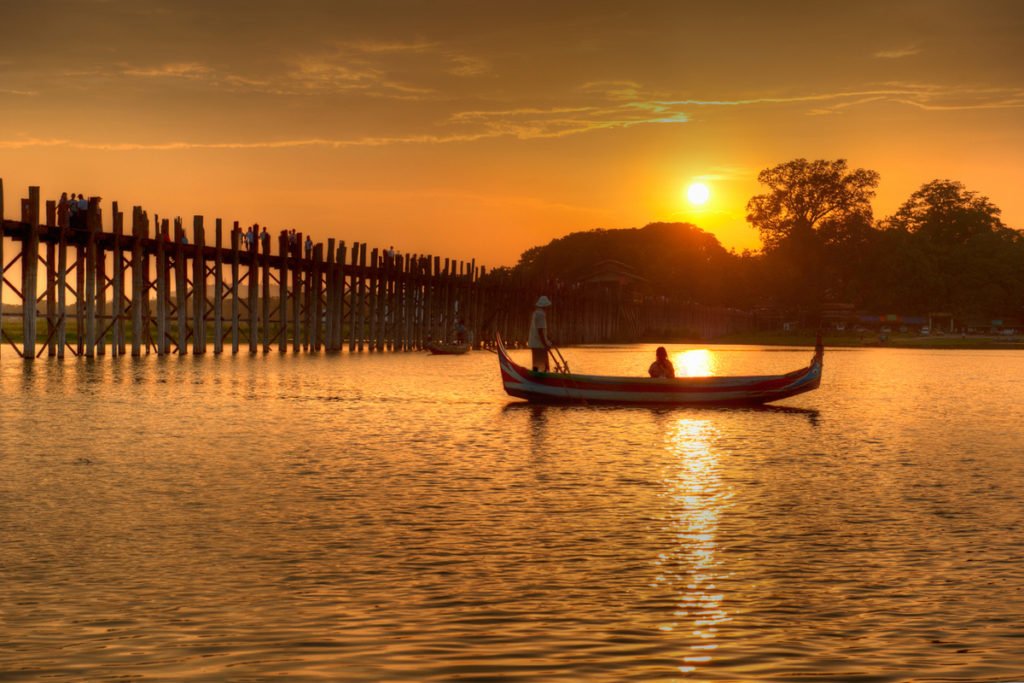 10. Shemawdaw Pagoda This huge pagoda is located in the city of Bago and is often referred to as the Temple of the Golden God. You will have to pay a small fee to enter the main gate, but the structure is very beautiful and well worth it. You can visit the city of Bago on your way to Yangon.