Many people know this country by the oranges and tangerines sold in stores since Soviet times. Each fruit necessarily had a black label with the French name on it. Morocco is a country in the north-west of the African continent. In Arabic it is translated as the far west. Indeed, it is the westernmost territory inhabited by the Arab and Berber peoples who live in all of northern Africa and the Arabian Peninsula.

Morocco is one of the oldest states in the world and is at the crossroads of important trade routes from Africa to Europe. The Mediterranean Sea and the Atlantic Ocean splash to the north and west. For centuries, leading European powers such as Great Britain, Spain, France, Germany and Portugal fought over Morocco. In turn, Morocco has also pursued an expansionist policy against its neighbors. There is still a territorial dispute with the state of Western Sahara, which the Moroccans consider their own. In the Middle Ages Morocco was a stronghold of piracy. Pirate ships sailed the nearby seas and plundered ships traveling from America to Europe. The plundering of American goods has made many noble Moroccans quite rich. At the same time Morocco lost parts of its territory when the British invaded the Strait of Gibraltar and still control the passage of ships in this narrow place. Gibraltar is a legalized territory of England and it greatly annoys the Moroccan authorities. 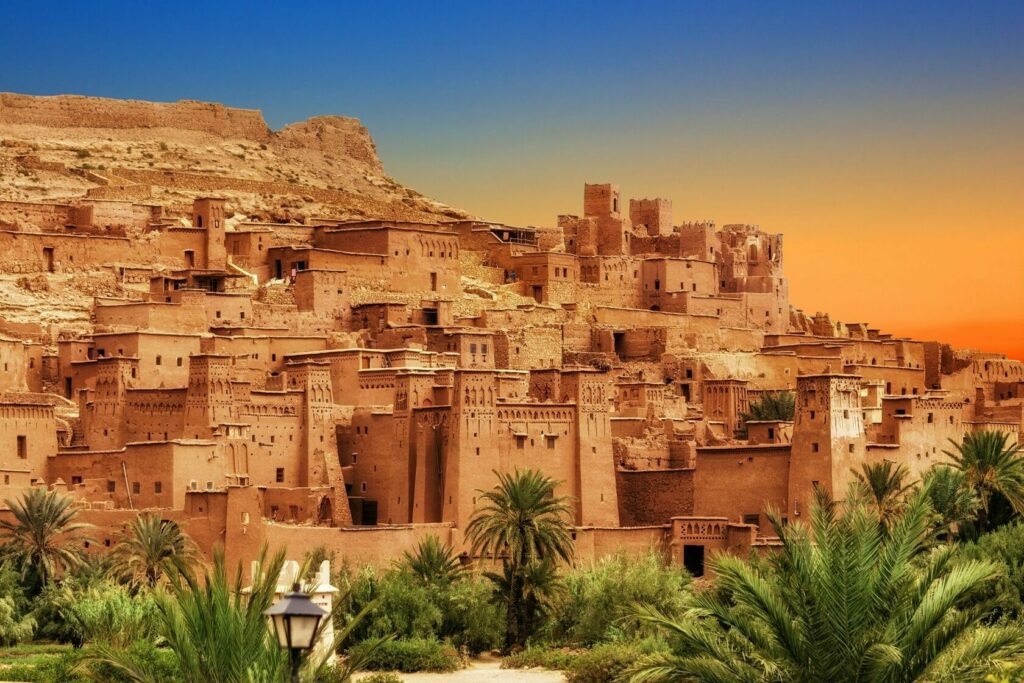 The country has been ruled by a king for centuries and Morocco is a monarchy. The royal power ensures stability and order in the country. Today Morocco is one of the most developed countries on the African continent. There are very strong Muslim traditions and customs, almost the entire population practicing Islam.

Although the country is quite closed and there are many restrictions, unusual for Europeans, tourism has been developing by leaps and bounds. On the coast created many resort areas with beautiful beaches, hotels, tourist facilities, which come hundreds of thousands of holidaymakers from all European countries. There is a warm subtropical climate, nice sea water, the coastal part of the country is well greened with evergreen trees and palm trees. Tourists come here to enjoy the ancient palaces of Arabian sheikhs, mighty fortresses, minarets of mosques, picturesque coastal nature, dunes of Sahara desert, canyons and gorges of the Atlas Mountains.

READ
10 things to do in Portsmouth, UK

Casablanca, an ancient and beautiful city which the Spaniards once conquered, is the capital and the largest center of tourism in Morocco. European and Arabic architecture are well mixed in Casablanca and the city is an open-air museum. At the same time Casablanca is a rapidly developing business and industrial center. Modern buildings and skyscrapers are being built. 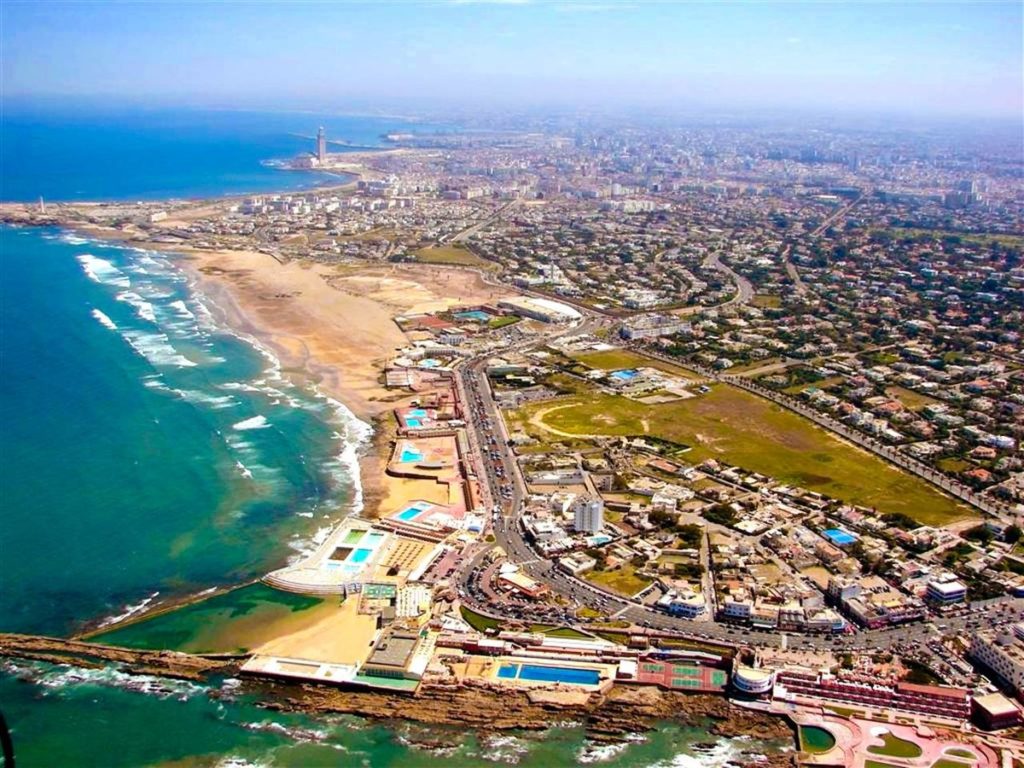 Lovers of true Arab exoticism, mixed with African customs, should go to the city of Marrakech – the ancient Moroccan capital. Here tourists can see the real life of the citizens of Morocco, plunge into the unique atmosphere prevailing in the streets of the city. Everywhere there are a variety of oriental bazaars, endless festivals on the main squares, where the acts, circus performers, dancers, and performers of dangerous stunts. The ancient center of Marrakech is surrounded by a strong fortress wall with towers, surrounded by many palm trees.

Tangier is the third largest city in Morocco and the most important seaport. The city is known for its fortresses, the bohemian atmosphere of the local waterfront and the ancient narrow streets. The picturesque coastline near the city is represented by many rocky headlands, sandy beaches and labyrinthine caves of Hercules. 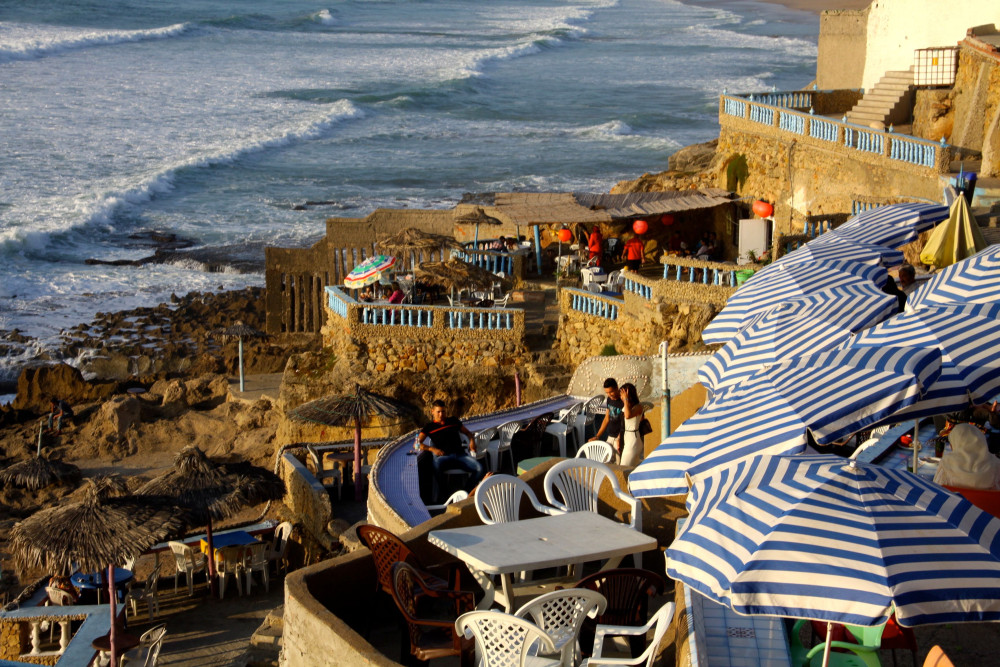 It is certainly worth visiting the city of Rabat, the old center of Arab culture, Roman heritage and ancient monuments. Medina is the historic center of the city, known for the manufacture and sale of carpets. It is always full of people and there is a lively trade of all kinds of goods. Near Rabat are the best beaches in Morocco.

About this wonderful country we can talk for hours, so many interesting things. It is better to see the beauty of Morocco with your own eyes. This place must go without fail.