Mont Blanc is the highest point of the Alps

The Alps – the most popular mountain range, which gathered several picturesque peaks. Tourists from all over the world come here for recreation and activity. Many mountains in the Alps are under strict protection and remain an important object of study.

The Alps are a snowy oasis.

The Alps offer the most beautiful views, mighty mountains and excellent vantage points. 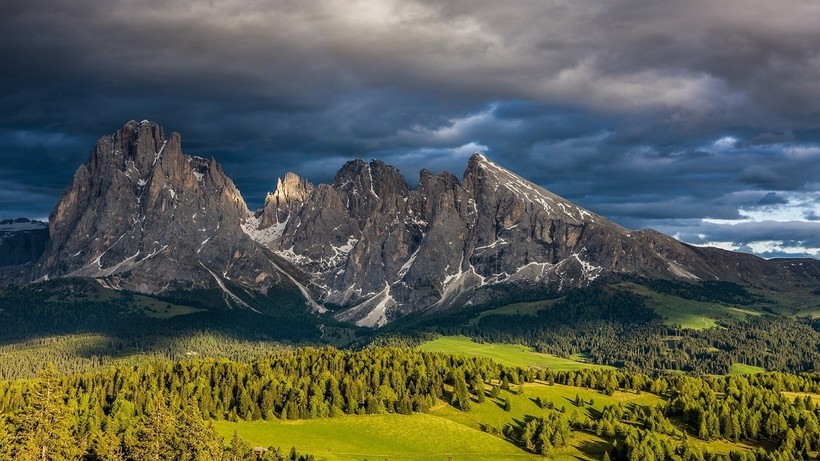 They begin on the French Riviera, pass close to Italy, skirt it to the North, and then extend eastward to Germany, Switzerland, and Austria. The Alps are divided into three zones:

Several mountains in the Alps are part of the UNESCO World Heritage List.

History of the Alps

In terms of science, the Alps are an incredibly interesting mountain range. Why the mountains are called as such is not known exactly. There are several versions about the origin of the name:

Similar words were used by the ancient Greeks and Byzantines. In the writings of Procopius of Caesarea, the Alps and the Pyrenees are referred to equally.

The first explorer to describe the Alps was Jean-Jacques Rousseau. At the time, people associated the mountains with a terrible place, but Rousseau was the first to see that the Alps were truly beautiful. Along with the famous writer, other writers began to admire the Alps. Goethe, Schiller and Turner were among them. The mountain scenery inspired their creativity, just as the Alps now inspire travelers. Among all the peaks of the Alps the highest is Mount Mont Blanc.

Mont Blanc – the highest point of the Alps

The height of Mont Blanc exceeds 4,800 meters. It is indeed the highest point in Europe, if you draw the border between Europe and Asia along the northern border of the Caucasus. Mont Blanc belongs to the Western Alps and is part of the general mountain system.

The question of ownership

Who owns the highest point in Europe is a question that has long been hotly debated. Mont Blanc used to be regarded as an integral part of the Duchy of Savoy. 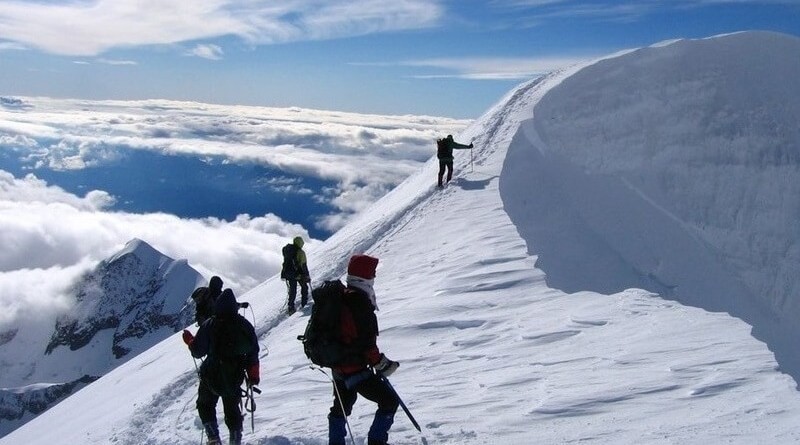 Then it came under the control of the Kingdom of Sardinia. When Napoleon waged a succession of wars, scoring resounding victories one after another, Mont Blanc became part of France. The current position of Mount Mont Blanc is governed by an agreement signed by Italy and France, which dates back to 1861. According to it, Mont Blanc is the “new frontier”.

The climate in the Mont Blanc area

Mont Blanc is called the “White Mountain” for a reason. The highest point of Europe is characterized by cold summers and snowy winters. The air temperature rarely exceeds 20 degrees Celsius, even with the onset of July. A characteristic feature of Mont Blanc are the warm currents of air that come from the Mediterranean Sea and rise up. The north brings cold air to the highest mountain in Europe. The greatest amount of precipitation falls at an altitude of 1,500 meters. The closer to the summit, the harder the frost is felt. The cold is so strong that it can literally freeze. This was confirmed by the remains found by scientists several decades ago. The find was an almost perfectly preserved prehistoric man. According to a rough estimate, the remains were more than 5000 years old.

The Valleys of Europe’s Highest Mountain

Mont Blanc has several valleys, each with different trails. From the valley of Val Venet you can go to the “hour route” or the “pear route”. Both are quite dangerous and require a high level of training.

READ
What you need to know before traveling to Peru, South America 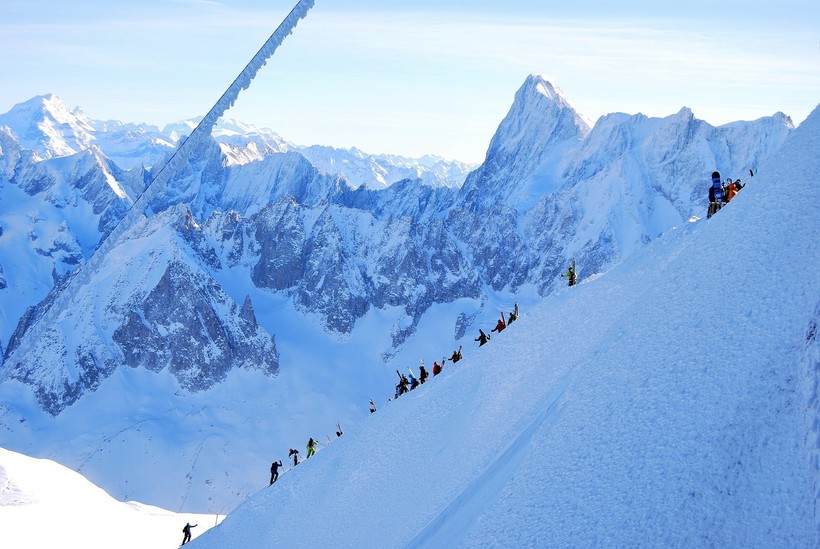 One of the most beautiful valleys of the high Mont Blanc is called the valley of Val Ferre. The meadows of the Alps, forests, and untouched nature are in perfect harmony here. The local inhabitants of the high mountain are chamois and rock rams, a variety of marmots and wild sheep. In the valley Champe is a picturesque lake, dense forest, here like to come many tourists. The highest pleasure gives rest among the alpine meadows, which contributes to a good hotel service. Writers Dumas and Hugo recommended to start climbing Mont Blanc from Arves, a large valley, where you can perfectly see the highest point. The most unusual valley is Courmayeur, where there is a village with colorful houses, it serves as a kind of cultural attraction. Here live guides who are familiar with the area. If you want to go out on the plain, you will be interested in the valley called Montjoie. Next to it is a road that was once built by the Romans.

Flora and fauna of the highest point of the Alps

As part of the mountain system of the Alps, Mount Mont Blanc has become a treasure trove for explorers and naturalists. Here you can find alpine eider, which prefers high cliffs. These birds are of interest to tourists, the most important source of food. People themselves feed the eiders, leaving a lot of food waste. The nutcracker has adapted well to the harsh climate and is able to feed itself. It prepares seeds and nuts in advance, burying the fruits in the ground. A common nutcracker can make 25,000 hiding places before the cold weather arrives. The largest number of seeds a nutcracker can store is 100,000. Its memory is still a mystery, but the bird navigates well among its hiding places. And another amazing representative of the world of birds is called the snow finch. This bird prefers to nest on high rocks, making nests right among the cracks.

READ
Tobago, an island in the Caribbean Sea

Is it easy to conquer the highest point

The highest point of Mont Blanc attracts thousands of climbers. Its beautiful and seemingly pristine snow is capable of enchanting every traveler. However, do not be fooled, because Mont Blanc is considered one of the most difficult mountains to conquer. The most popular valley from which climbers begin their ascent is called Chamonix. The valley is a huge pit, the length of which is 23 kilometers. Scientists believe that the Chamonix appeared due to the phenomenon, which in the world of science is called the Great Glaciation. 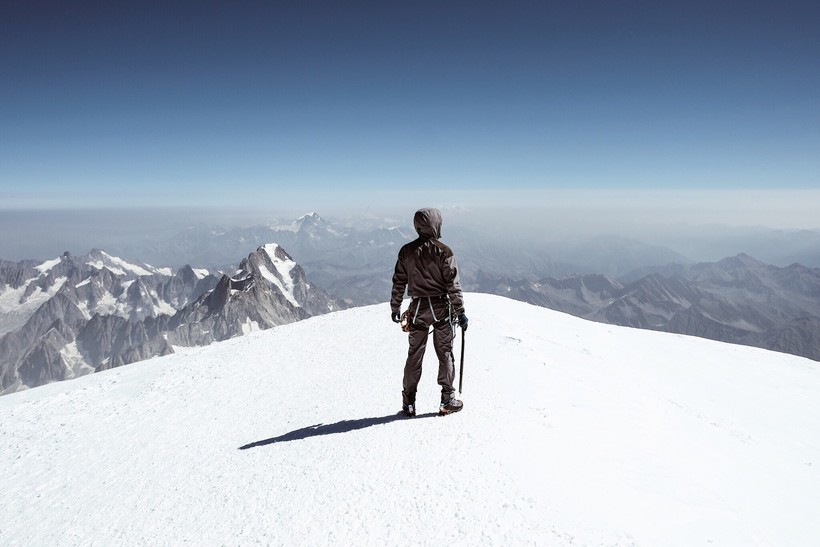 Chamonix is not accidentally popular, it has the most convenient access routes. Emperor Napoleon III, who once vacationed here, contributed to their appearance. He was so taken aback by the beauty of the Alps that he ordered the active construction of new roads. The first climbers who ventured to conquer Mont Blanc faced a succession of failures. The locals even began to call the mountain cursed.

And there were indeed reasons for that. After the conquest of neighboring Montenver, the highest point tried to “take” repeatedly. Mont Blanc became an alluring mountain whose conquerors died again and again. It was not until 1786 that the first ascent to Europe’s highest point was made. After that, Oras Benedict, who had already conquered Montvernver once, decided to assemble an expedition to advance to the next conquest of Mont Blanc. This was necessary to study the glaciers, the peculiarities of their nature and the identification of natural patterns. Thanks to the expedition, Oras Benedict was able to create a new generation of measuring instruments, to create detailed instructions for climbing, which for many years were used by European climbers. At that time people did not yet know that regular climbing is called alpine tourism. But enterprising residents actively promoted the athletes, starting to study the terrain on their own to help tourists navigate. 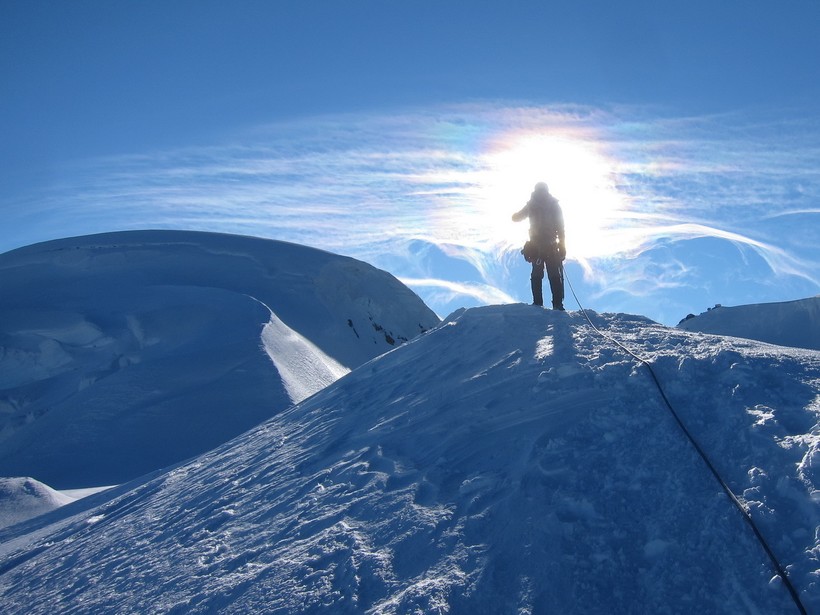 This began to bring in good profits. Soon Mont Blanc became an important tourist attraction, and even a woman dared to conquer it. Marie Paradis was the first sportswoman who was able to climb to the highest point of Mont Blanc.

Now the highest point is conquered by anyone, just buy a ticket for the cable car. But true mountaineers do not look for easy ways.

The entire nature of the Alps has been subjected to a long period of anthropogenic impact. Regular deforestation has impoverished the soil, and erosion has taken hold. Nowadays, the European Union is keeping a close eye on the state of nature, and obliges travelers not to light fires. Forest fires are extremely dangerous for Mont Blanc, because the area is characterized by avalanches, the convergence of mudflows. In the past century, about 60% of the forests of the Alps have been destroyed. This greatly affected the state of flora and fauna, so Mont Blanc was declared a tourist protected area.

Attractions of the highest mountain

The best attractions for travelers are offered by the municipality of Chamonix. The railroad lines, with trains running through the mountainous terrain, allow you to enjoy wonderful views. The highest pleasure will be a walk through the valley and a visit to the alpine museum. The cultural life of the locals is very rich. Chamonix regularly hosts events such as festivals, sports tournaments, and ice races. Especially beautiful Christmas season, when the little houses are decorated with colorful garlands. For lovers of skiing, a visit to the white valley is recommended. Not far from the valley is a glacier called the Mer de Glas. It now serves as a tourist center, pleasing a very interesting attraction – an ice cave.

In the territory of Chamonix there is also a lake called Sinclair. This is a purely man-made body of water, created by order of Lord Sinclair. The local land once belonged to him. Saturday becomes a real holiday for the locals when the market opens. The center of the commune becomes pedestrian, everyone is eager to buy interesting goods and try delicacies. The parks of Chamonix offer a relaxing holiday, there is even a water park with all the amenities. 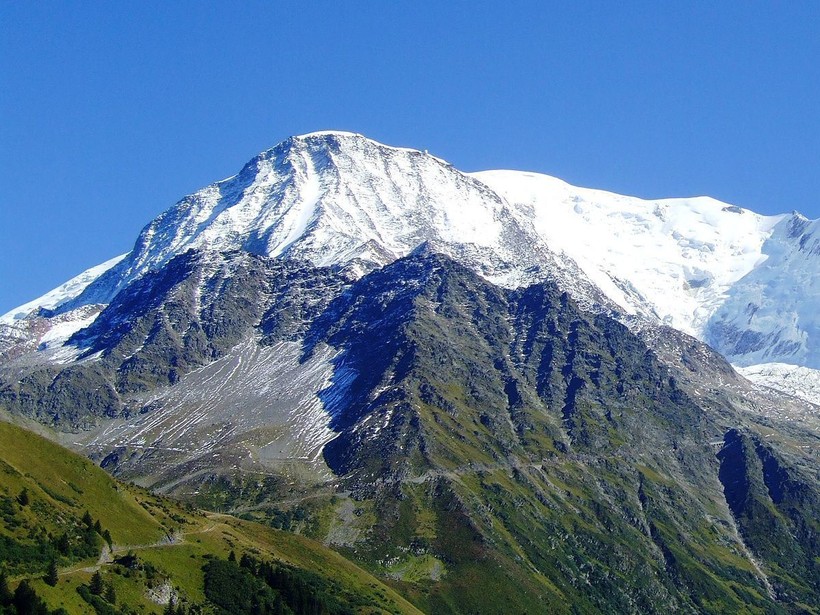 If you don’t feel confident enough as a climber yet, be sure to visit the center called Vallee Blanche. A whole range of tracks are at the service of everyone. Even novice climbers can quickly learn how to move on skis. An alternative is the complex, which the locals call the Glacier des Bossons. It is designed specifically for walks along the glacier. For children, too, there is an interesting place, it is called Le Paradis des Praz and is a beautiful park. Here you can have a picnic. The place itself is equipped with slides, swings, and a playground.