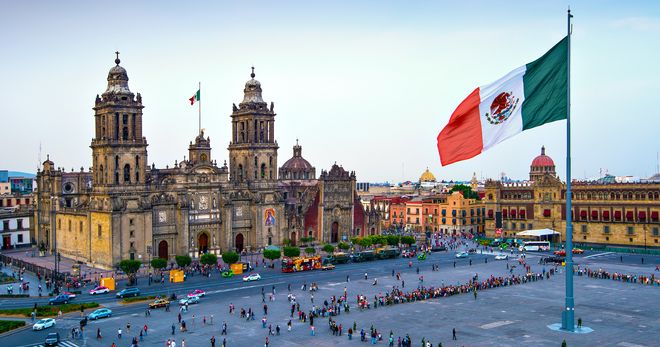 Mexico City is the capital of Mexico as well as the largest and most populous Hispanic city in the world. It also serves as the political, economic and cultural center of the country, connecting it to all the major financial regions of North America. Therefore, it is not surprising that Mexico City attracts a huge number of tourists who come here to appreciate its cultural and historical significance.

The city is located in the south of North America. A glance at a map shows that Mexico City is found almost in the heart of the country. It is surrounded on all sides by beautiful national parks and small ponds. Mexico City has no direct access to the sea.

Many tourists think that the metropolis is located in South America. Due to the fact that Mexico is a Latin country, they can not determine where exactly Mexico City is located. In fact, it is separated from the southern continent by Guatemala, Nicaragua, Honduras and other small states. 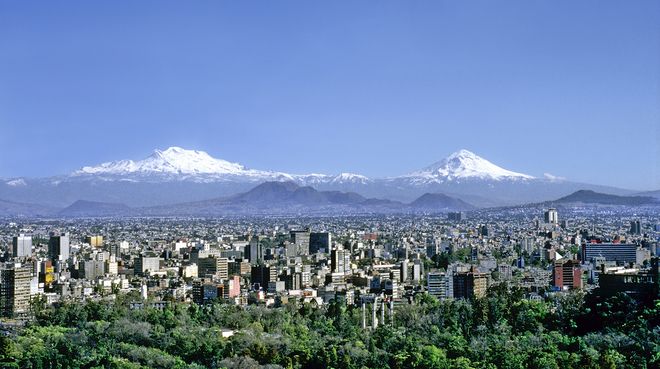 A brief history of Mexico City

It was founded by the Aztec Indians in 1325. At that time Mexico City was called Tenochtitlan and had an area of 7.5 sq. km. In XV-XVI centuries it was one of the most beautiful cities of the Western Hemisphere. It existed as such for two hundred years, until the Spanish conquistador Hernan Cortes arrived in the country. In May 1521 Mexico City, like many other cities in North America, came into the possession of Spain.

In 1810 Mexico gained its independence as a result of the largest rebellion. At the same time Mexico City was declared the capital of the new state. Since 1929 it became the seat of the government of the country.

READ
The 6 best things to do in Bruges. Belgium

In September 1985, Mexico City had a big earthquake, one of the most destructive natural disasters in the history of America. 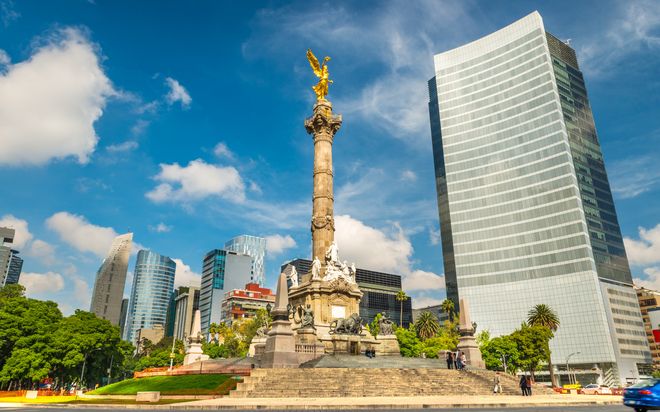 Historically, the area was the most densely populated part of Mexico. Today Mexico City has a population of 21 million people, representing 20% of the country’s total population. It is predominantly inhabited by mestizos, as well as Nahua, Mixteca, Maya, Otomi, and other indigenous peoples.

Mexico City has an area of 1,680 square kilometers. It is divided into 16 districts, which together form a single Federal District – an administrative unit of Mexico. 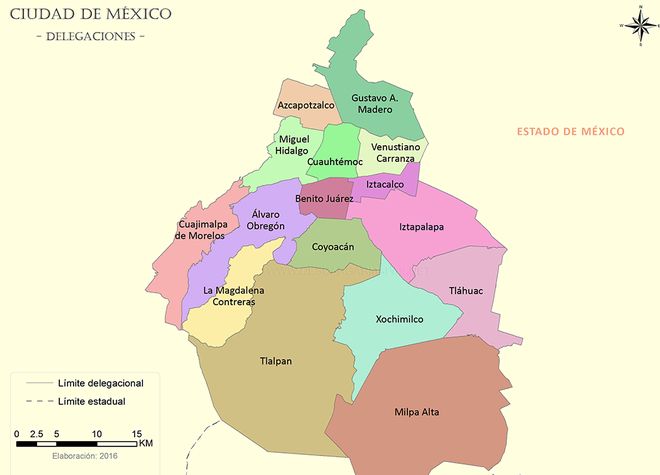 Despite its hectic pace of life and large population, the echoes of a bygone era can clearly be heard in the Mexican capital. This is largely due to the fact that Mexico City and its surroundings are home to many sites of rich cultural and historical significance. These include: 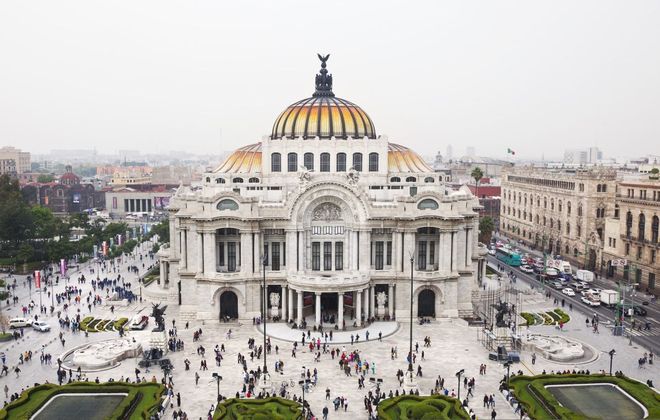 One of the most modern attractions in Mexico City is the Azteca Stadium. It often hosts major soccer matches and concerts.

Fans of antiquity will be pleased by the large number of museums in Mexico City. They are devoted to history, modern and plastic art.

Every year on November 1-2 across the country, including Mexico City, there is a Day of the Dead celebration, pictured below. It is a Catholic tradition, yet harkens back to the ancient Indian death cult. 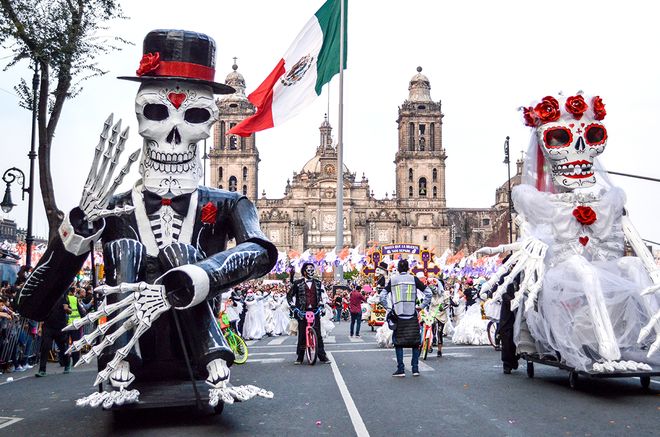 In the Mexican capital there is no problem with the choice of accommodation. The main thing a tourist must do is to decide on the area. The safest areas in Greater Mexico City are considered Coyoacan, San Angel, Alameda, La Villa, Zona Rosa and other areas. A good selection of housing is presented in the historic center of the city.

READ
Australia. How to prepare for your trip and what to see

The following hotels in Mexico City have received the most positive reviews from tourists:

The average cost of living in local hotels is $40-70 for two people. The farther from the center of Mexico City a hotel is located, the lower its cost. 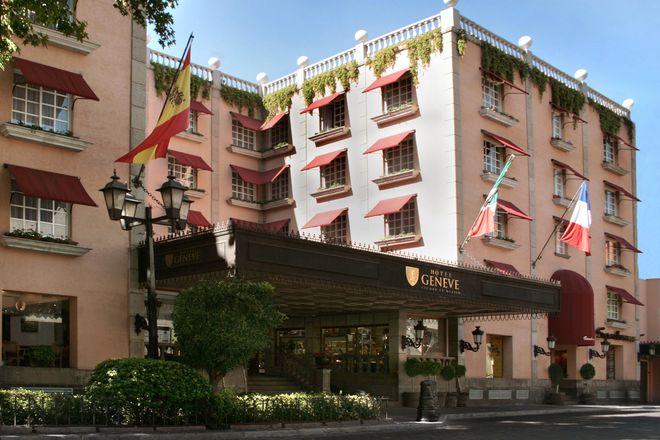 Mexican cuisine, as well as the culture of the country, is bright and unusual. Walking into any cafe in Mexico City, a tourist can immediately determine which country he is in. Almost every local establishment offers a huge selection of classic burritos, fajitas, corn nachos and enchilados. Unprepared tourists are better to combine national dishes with traditional cooking. To do so, you can visit the following restaurants in Mexico City:

The average check for dinner or lunch at a local establishment is $20-25. In more democratic restaurants in Mexico City you can eat for $13. 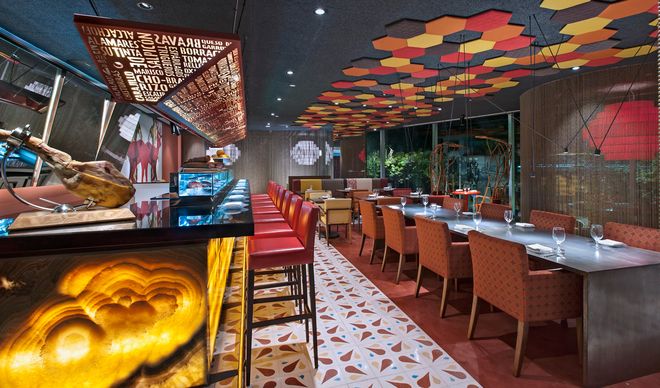 The largest selection of colorful souvenirs offered in the markets and fairs of the capital. As in every other city in Mexico City, you can buy painted pottery, hammocks, statuettes for the Day of the Dead, painted skulls and sombreros embroidered with gold threads.

And while prices are fixed in the capital’s stores, it is easy to negotiate with the vendors at the fairs and markets. 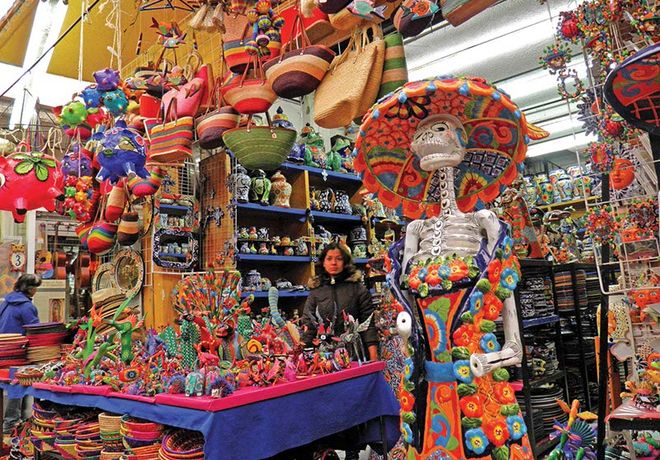 Overcrowding in the city is the main reason for the constant traffic jams, so the mainstay of public transportation is the metro. The subway in Mexico City is considered the longest in Latin America. More than 4 million people use the subway every day. In addition to the subway, you can also travel around the capital by high-speed streetcars, trolleybuses, buses and peseros shuttle buses. 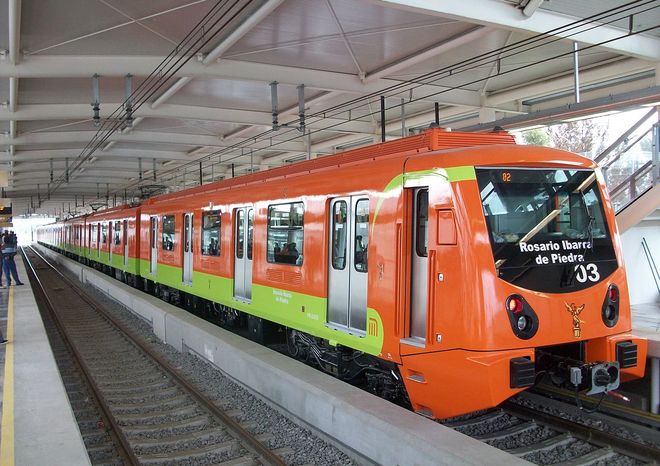 How to get to Mexico City?

The city is the largest transportation hub of the country. That is why getting to it is not particularly difficult. Tourists traveling from the CIS to Mexico City will have to use air transport and make several stops. The most adequate airfare is offered by Aeroflot, Lufthansa, Air France and KLM, whose flights stop in Paris, Frankfurt/Main, Amsterdam and Havana. The flight lasts 16 to 40 hours.

United Airlines, British Airways, Aeromexico, and Interjet flights to Mexico City are inconvenient because they change planes in London, Los Angeles, and New York. They will require a transit visa. From Mexico City Airport, you can take the Metro to the city. There is a Terminal Aerea station just 200 meters from Terminal 1. Metro fares are $0.38 and cabs are $10-11.

Mexico City is not only one of the largest, but also one of the oldest metropolitan areas in the world. It has a population of 9 million people. Mexico City was founded by the Aztecs. At that time it was called Tenochtitlan. There are, however, many different terms. The most popular are City of Palaces, City of Hope and Chilangolandia. The inhabitants of the capital are nicknamed “chilango” in Mexico.

Located at an altitude of 2,240 meters above sea level, the city of Mexico City is like a huge flask – sixty kilometers across. Every year it deepens by fifteen centimeters, and its edges are brought more and more to the slopes of the surrounding mountains. The city has long outgrown its airfield, with planes landing almost between skyscrapers. When you find yourself in this “high-rise lowland,” at first you cannot believe that you are in the world’s largest metropolis. 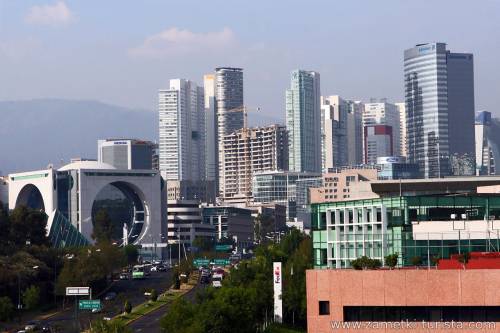 Of course, it’s crowded in the capital, but that depends on what neighborhood and at what time of day. The newcomer guesses the height of the city by feeling dizzy when walking; in these moments you involuntarily begin to take slow deep breaths and quick exhales, trying to pump as much air as possible through your lungs. Sometimes it’s hard to breathe, too, because of the yellowish smoggy kiosk-though it depends on which direction the wind is blowing and whether it has rained.

READ
The ancient gods of Sicily. What to see on an amazing island

Traffic is heavy in the capital, with buses and cars (five million daily) clogging the arteries of the city with endless traffic jams. Most of all cabs, with the obligatory number on the roof, so that in the case of a theft the police in helicopters can locate the missing car.

The city of Mexico City was founded by the Spaniards in the Aztec city of Tenochtitlan. Tenochtitlan originated on the island of Lake Texcoco, which eventually merged with the mainland. When Hernan Cortes arrived in these areas he decided to build a powerful new center of New Spain on the site of Tenochtitlan. A large city began to be created in the marshlands, which led to numerous floods.

This led to the decision to dry out the Mexican valley. Significant architectural changes have been taking place in Mexico City since the 19th century. First, the city adopts the style of Paris, which is later replaced by typically American skyscrapers.

The city gained independence from Spain in 1821.

In 1950-1960 the city experienced a peak of development called Milagro mexiano (Mexican Miracle). The rapid development of the city and industry caused overpopulation and climate change. 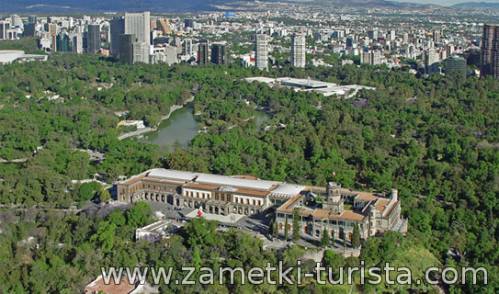 The nightlife is just as rich as the daylife. All adventurous partygoers should head to one of the most important streets in the capital, Avenida Los Insurgentes. You can go there to numerous bars, restaurants and clubs where you can dance until dawn. Mexico offers venues where you can experience both a bohemian atmosphere and a modern one. While in the country’s capital, you can’t forget to head to Plaza de Garibaldi to enjoy mariachi music and enjoy Mexican liqueurs.